This morning was dedicated to an extended exploration of Yok Don before relocating to Mang Den in the afternoon.

A Black-naped Oriole outside the accommodation block kicked things off nicely before we got a lift over the river to where we would start the days birding. From here we walked the tracks and small paths through the open woodland. It proved to be quite a lively morning with 2 Shikras, Red-collared Dove, Spotted Dove, Green Imperial Pigeon, several noisy Lineated Barbets and a pair of Golden-fronted Leafbirds to start. An Asian Barred Owlet perched briefly in a tree but not long enough for a photo. Indian Rollers were also quite conspicuous and then we flushed a single Hoopoe, the only one of the entire trip. Woodpeckers were to the fore with a showy Rufous Woodpecker, Grey-capped Pygmy Woodpecker, Greater Flameback and then a gorgeous Black-headed Woodpecker that sadly just flew away low through the trees. It was in the same area that a Black-hooded Oriole sat nicely, one of 5 we saw. Rufous Treepies were particularly numerous, we had c12. A male Purple Sunbird beside the track was a welcome trip tick and even more appreciated (by me anyway!) were 2 Cinereous Tits. 3 White-crested Laughingthrushes, low down in vegetation were accompanied by a single Lesser Necklaced Laughingthrush.

A real purple patch then began. We'd gone into the trees to track down a red-headed female White-rumped Pygmy Falcon which showed nicely at range. Returning to the main track we had Plain Prinia and then Rufescent Prinia in trackside scrub before all hell let loose as a Collared Falconet appeared from nowhere and grabbed a Rufescent Prinia from right in front of us (literally feet away!). t carried it breakfast up into a tree where I managed a record shot for posterity. A male White-rumped Pygmy Falcon then showed and by creeping ever closer to it along the track I got a half decent photo.  2 Crested Treeswifts then circled over, as did an Indomalayan Honey Buzzard followed by 2 Red-wattled Lapwings, literally the only wader of the whole fortnight! 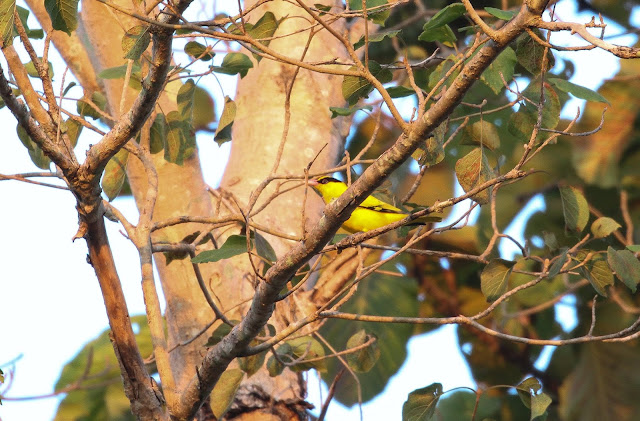 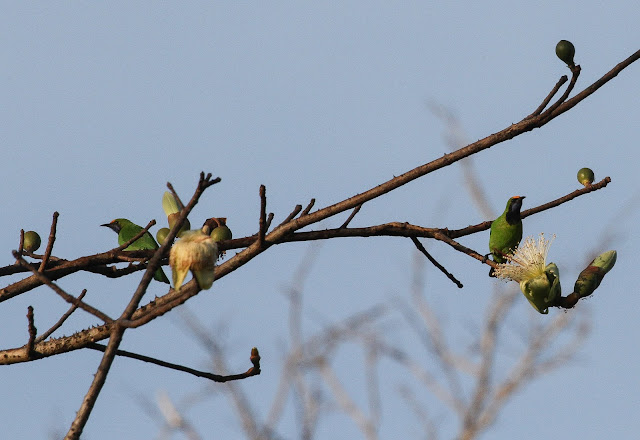 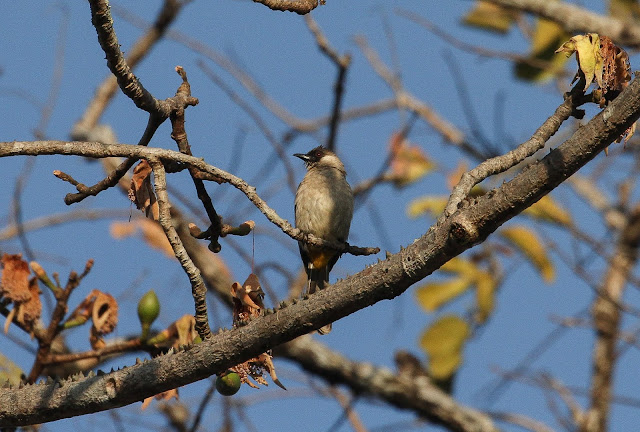 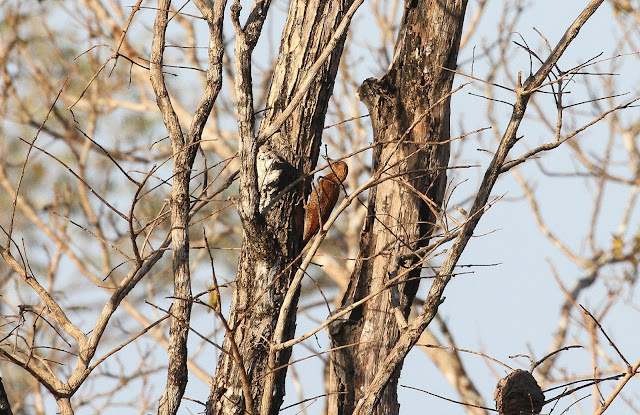 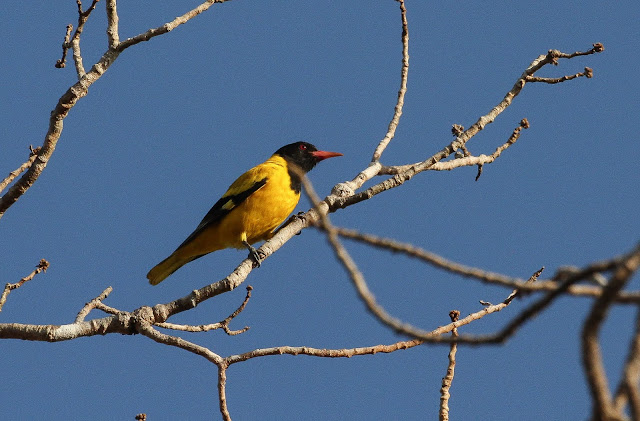 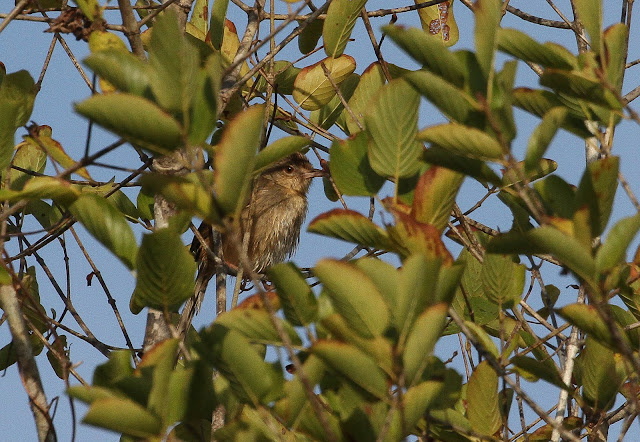 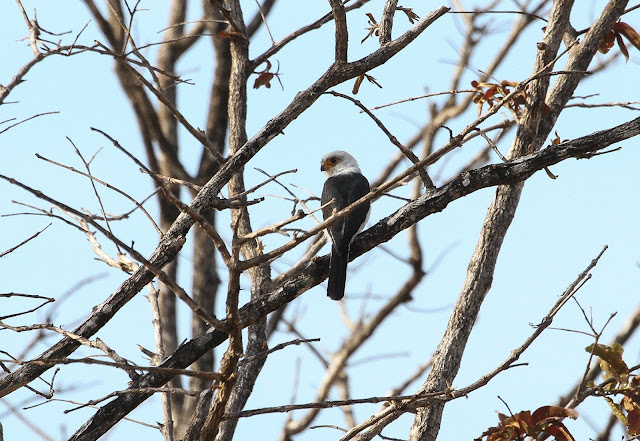 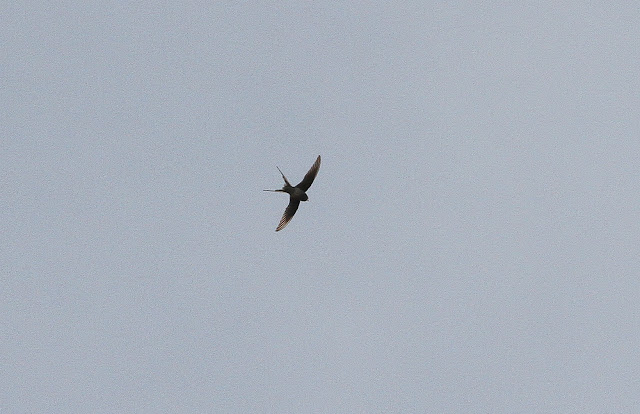 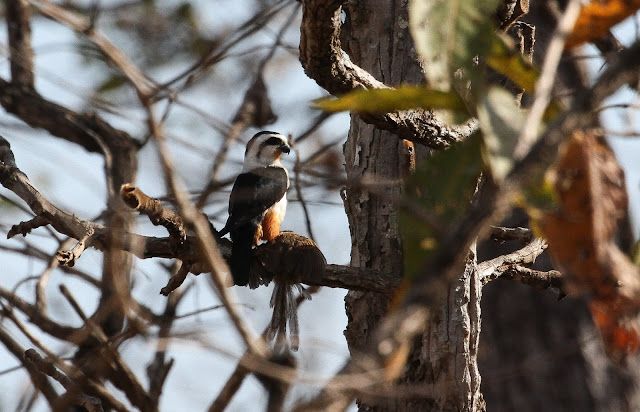 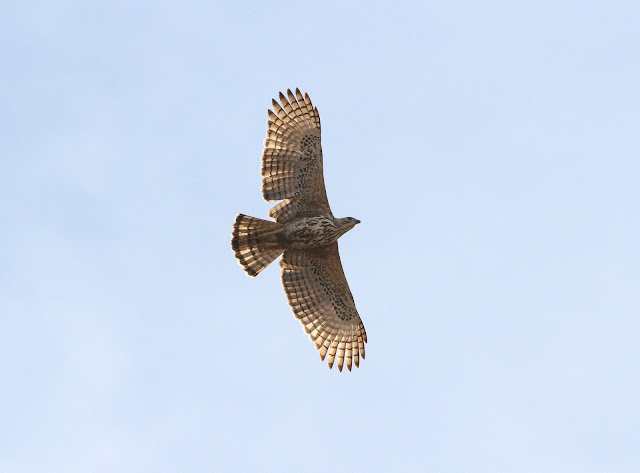 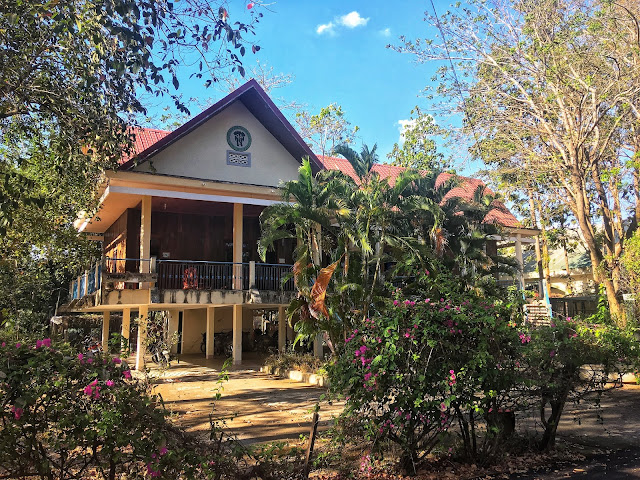 The rest of the day was spent on the long drive north to Mang Den. Birds were few and far between so I amused myself taking scenery photos through the minibus window! 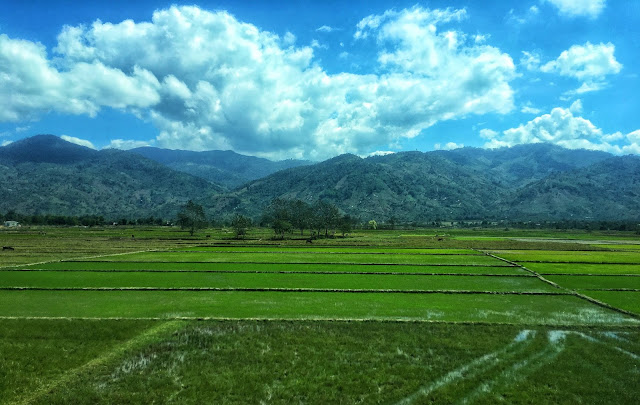 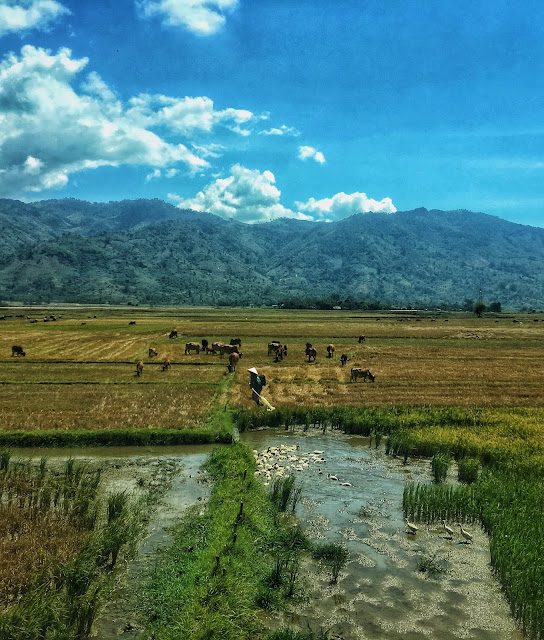