As a complete departure from my normal self-organised and self-guided foreign trips this one was my first with an organised tour group.

I was invited to join their 'non-business' tour to South/Central Vietnam by Boletas and with a very competitive price I jumped at the chance and got the last space. In reality Boletas 'sub-contracted' the tour to local company Vietnam Birding owned and run by British ex-pat Richard Craic. Richard and his lead local guide Le Quy Minh (Minh) are the co-authors of the new Lynx publications Birds of Vietnam which was published in December 2018 and therefore very timely indeed for this trip!

It was a pleasure to spend time with Minh as our guide and Richard joined us for a few days in the middle of the tour when we were at Dalat. Both guys are very amiable and Minh is a top notch guide.

The itinerary was a meander north from Ho Chi Minh City as far as Hue which is about half way up Vietnam. From here we flew back south to Ho Chi Minh to connect with flights back home. The sites we took in en-route were:

All meals were included in the cost of the tour but I have to say most of it wasn't to my liking. With a few exceptions when in Dalat when we could choose from a menu the food was a set menu of traditional Vietnamese fayre and rather monotonous. Meat dishes were poor quality so I ended up eating rice and vegetables most of the time with the odd piece of fish.  A vegetable dish rather similar to spinach is known as 'morning glory'!

Drinks were not included but with beer at c20 Dong (c85p) a can and iced coffee about the same it didn't cost a fortune.

We obviously weren't buying petrol but for anyone who may need to I noted is was c17 Dong (c72p) per litre.

Birding conditions were physically relatively easy but the enclosed forest and secretive nature of the vast majority of birds meant it was tough. At times the group size of 9 people made viewing in very enclosed forest challanging with a certain amount of 'jostling' for position. Minh did a very good job of trying to ensure everyone could see but unfortunately one particular individual tried to always be at the front. Indeed he went on to be a rather disliked figure for a number of reasons. He and I had a few run-ins! Virtually all of the birding was forest birding.

With a group there are always going to be some participants you get on with better than others. With the exception of the individual mentioned above I got on well with everyone else. Particularly Paul Lathbury and his partner Debbie and Dave Anderson. I was by far the youngest member of the group. The first time I've felt like the spring chicken for years - lol! 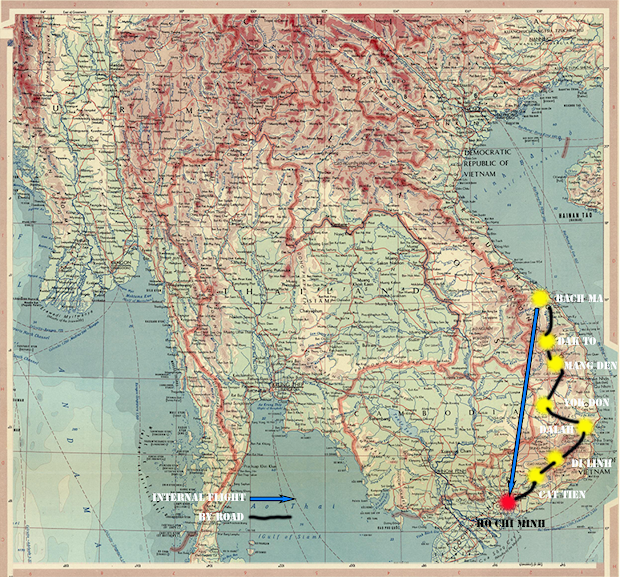