This morning, after a nice breakfast of bacon baggettes and plenty of coffee (!) we headed north out of Dalat to the Bidoup National Park.

On the way we scored with a roadside Blue Whistling Thrush hopping around a small carpark.

Initially our efforts were concentrated on a roadside area of open pine woodland where we stopped for a little while. A Black-naped Woodpecker flew into the top of a bare pine and began calling in the early morning sun quickly followed by c4 Slender-billed Orioles which is a habitat specialist of these open coniferous woodlands. The same spot also held a few Vietnamese Greenfinches, a fly-over White-faced (Eurasian) Jay and Black Bulbul.

Further up the road, again at a roadside stop by a vegetated stream we scored with Mountain Fulvettas, Grey Wagtail and a White-tailed Leaf Warbler before we began a longish walk along a track that would it's way up and down through promising looking evergreen forest. Things were very quiet however until we came across a pair of Chestnut-crowned Warblers nesting under an overhang. A little further on I eventually got onto White-spectacled Warbler and we then hit a little pocket of birds which included 2 Scarlet Minivets, Grey-chinned Minivet, Little Pied Flycatcher, Plain Minla, 2 Mrs Gould's Sunbirds, Bar-winged Flycatcher-shrike and White-bellied Epornis. It was then that Minh heard a familiar (to him) call some way away in the woodland to the left. After much playback and a lengthy trek into the trees to a large depression we finally clapped our eyes on 2 Collared Laughingthrushes. What a special moment and what a looker! On the walk back a Mountain Hawk Eagle soared over when we were nearly back at the bus. It was here that I bumped into Tim Dinh, a local birder who I'd made contact with on Facebook. After introducing myself he apologised profusely because he thought I was a girl - lol! 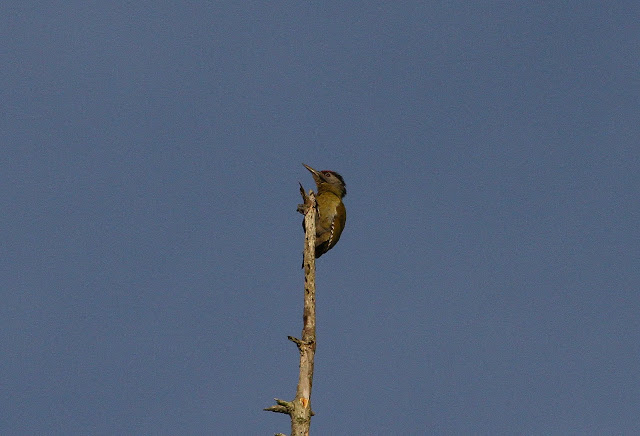 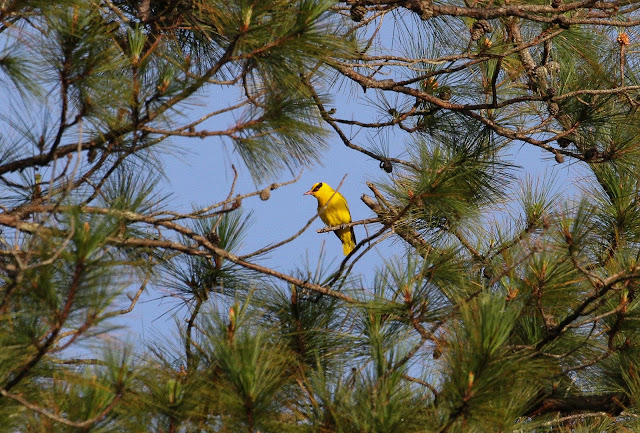 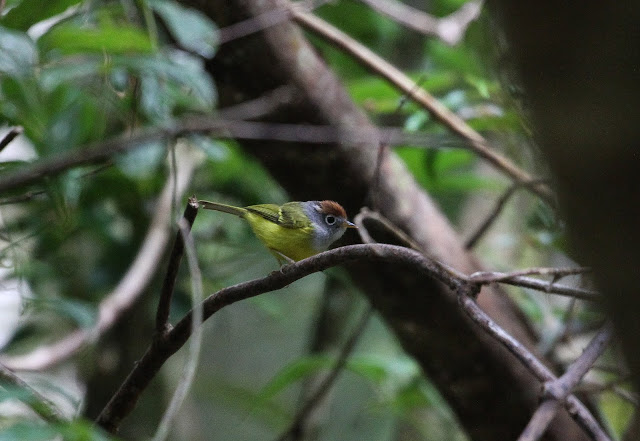 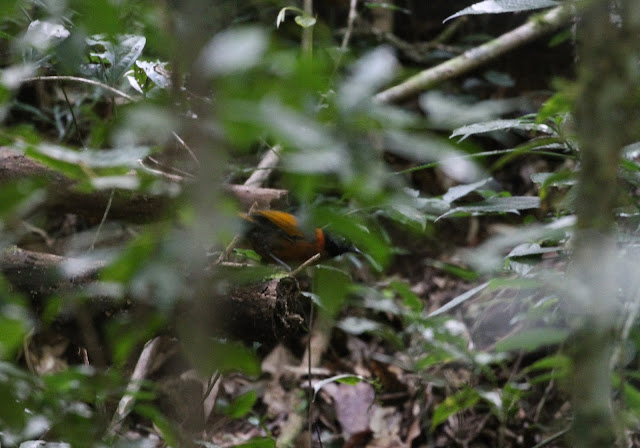 After lunch at the 'Restaurant Chocolate' (our designated eatery while we were in Dalat) and a break we ventured out again for our afternoon session. It was to the west side of Tuyen Lame Lake, specifically the area known as the 'Secret Garden'. On the way we connected with a White-breasted Waterhen, Little Grebe, 2 Ospreys and Burmese Shrike. Unfortunately it proved to be one of the most disappointing sessions of the whole trip. A distant Common Crossbill, Dalat Shrike-babbler, Chestnut-vented Nuthatch, c5 Mountain Bulbuls, a Large Niltava sat still in dark woodland and a an elusive flock of 11 White-cheeked Laughingthrushes that played 'follow-my-leader' through the undergrowth but refused to show well was about it. 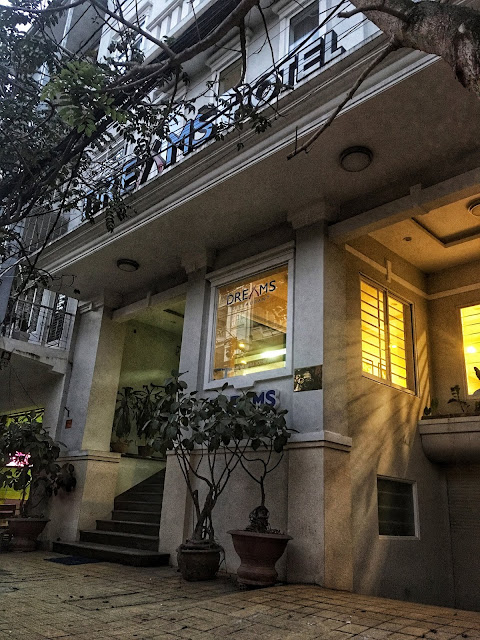 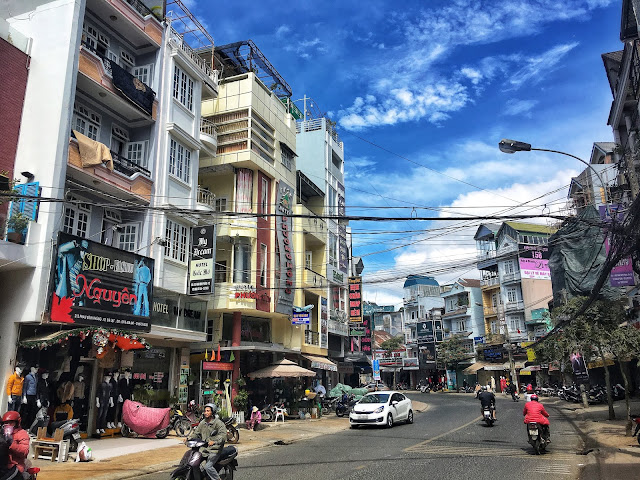