After our 2nd night in the Cat Tien National Park we headed off out to explore some different areas, again with the help of the truck!

This time it was a morning sojourn to explore the roadside area near the Crocodile Lake Trail.

Before that we were serenaded by the local Buff-cheeked Gibbons and despite the awful lighting conditions early in the morning managed a few shots. Upon arrival at the starting point of our walk it was primates to the fore again with a few Black-shank Douc Langurs loafing around in the trees plus a close perched Crested Serpent Eagle and a very welcome tick in the form of a Grey-headed Green Pigeon. We went on to see c6 Vernal Hanging Parrots all over a fruiting shrub, Blue-eared Barbet, some great, if brief views of a drumming Pale-headed Woodpecker, Common Flameback, 2 Laced Woodpeckers, Black-naped Monarch, Great Iora, Emerald Dove and another Black and Red Broadbill. Ashy, Bronzed and Greater Racket-tailed Drongos were typically conspicuous. The group really enjoyed a small group of c4 Van Hasselt's Sunbirds (a species I'd already seen much better in Borneo) with Purple-naped Sunbird and Little Spiderhunter also getting in on the action. 2 Yellow-bellied Warblers also eventually showed well enough to be ticked and we also had the only Crested Goshawk of the trip. 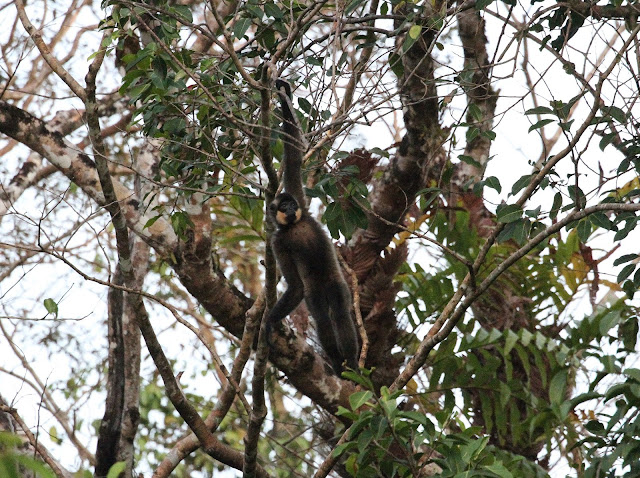 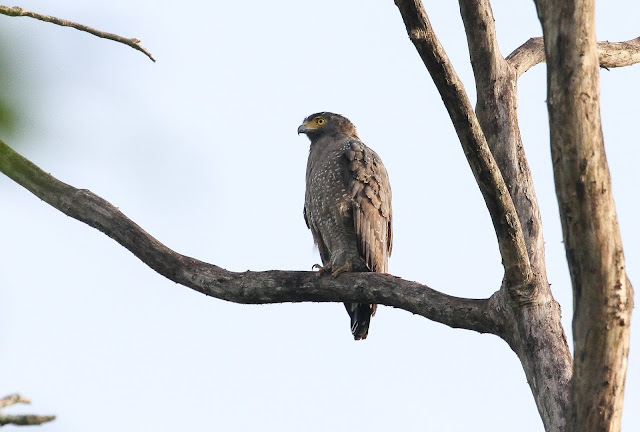 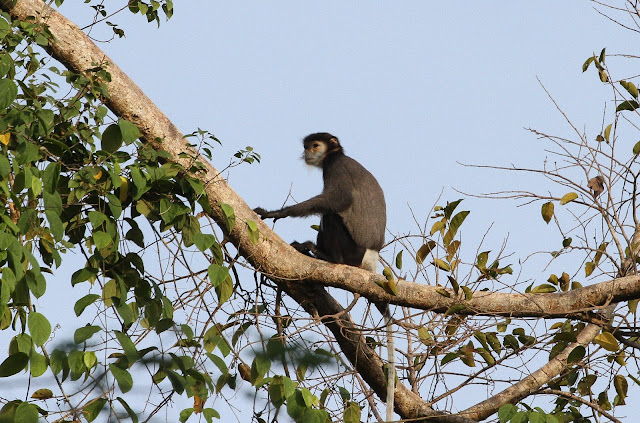 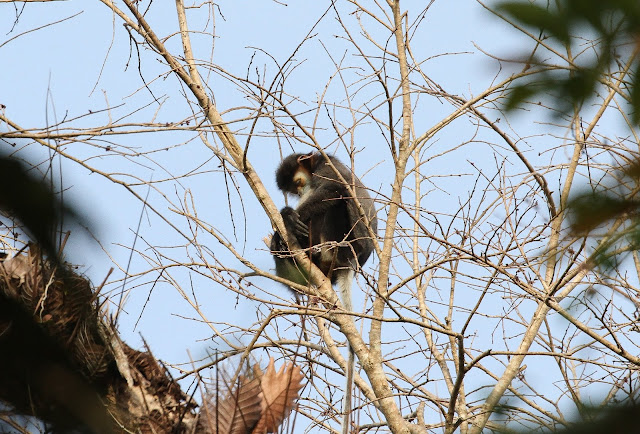 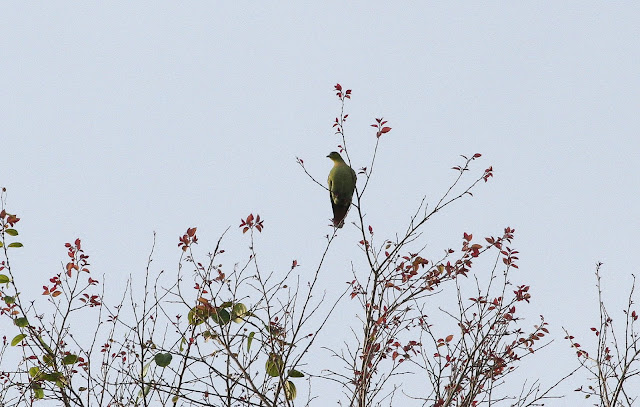 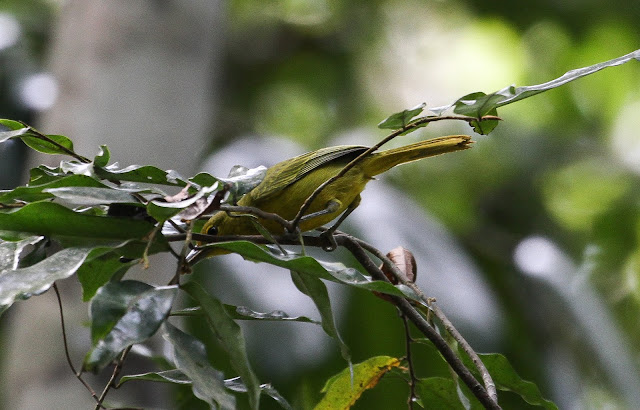 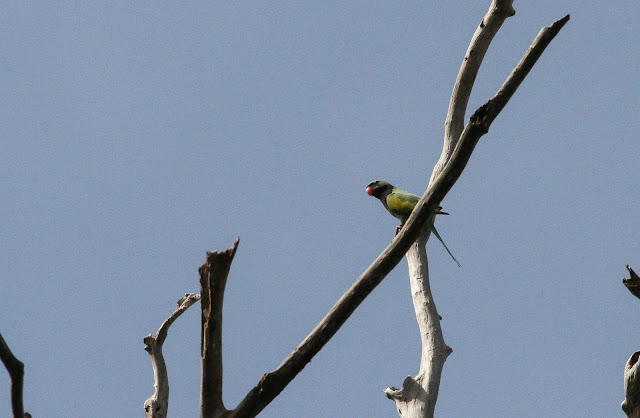 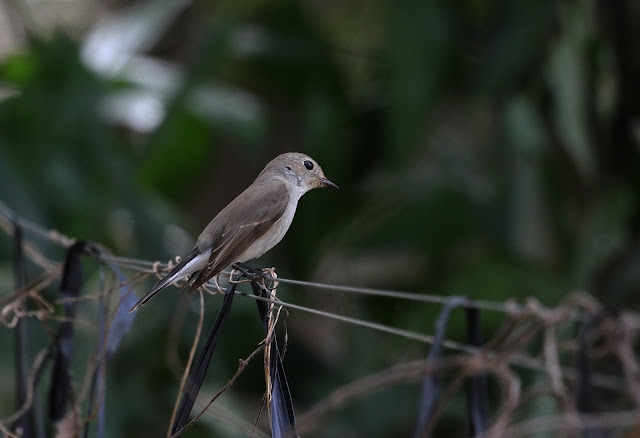 At lunchtime a perched Common Kingfisher was by the restaurant. After lunch I took myself off to the locked photographic hide and stood quietly there letting birds come to me - here I managed to photograph Black-crested Bulbul, Grey-eyed Bulbul and Tickell's Blue Flycatcher. It was nice to spend a little time on my own. 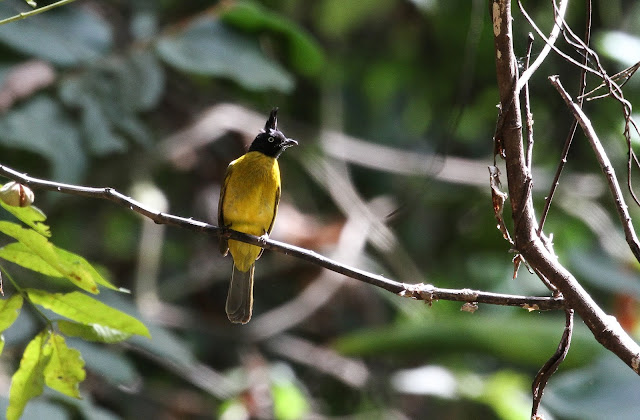 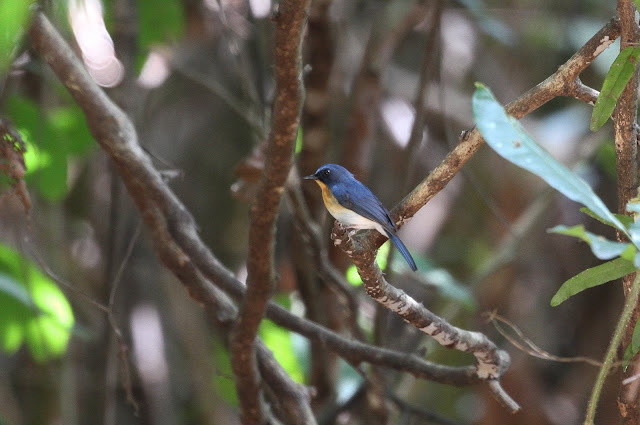 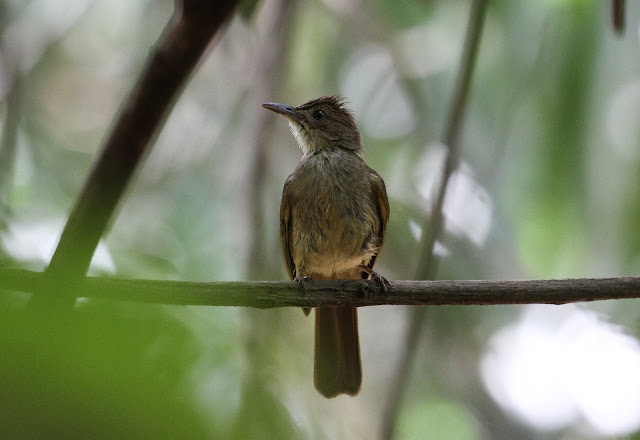 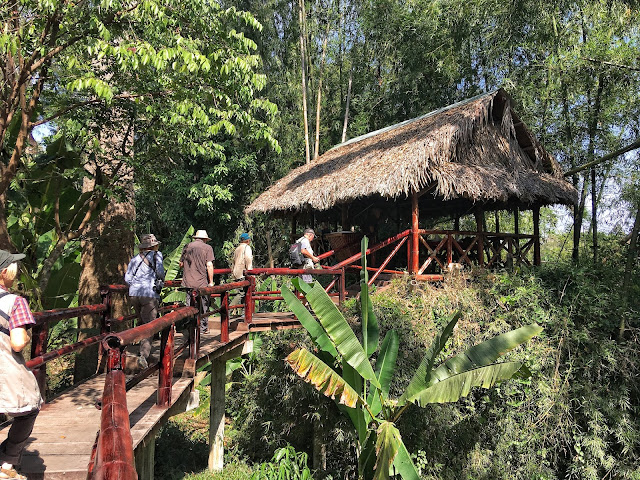 The afternoon session in the area near the Botanical Garden (it actually just looked like more forest!) was disappointingly quiet. More Bar-bellied Pitta dipping, Black-hooded Oriole and Golden-fronted Leafbird was about it. On the trudge back to the accommodation area I hit it lucky however as 2 female Siamese Firebacks crossed the road one after the other. Only 2 of the group connected.
Posted by Chris at 15:46