The presence of a Western Palearctic/World tick in the Netherlands plus a couple of other goodies tempted Justin, Andy and I over there on our first Euro twitch for some while.

A 2am channel tunnel crossing and a long drive through France and Belgium into Zuid Holland had us on site on the edge of the town of Alphen aan den Rijn 2 hours before daybreak. A while later we struck off across the flat and muddy polder farmland to the site. To say the site looked unpromising and completely unsuitable for a desert species would be an understatement but to our amazement the African Desert Warbler was indeed still present. The dyke the bird frequented had very limited vegetation (mainly confined to the base of the few concrete bridges) and access wasn't easy as numerous 'too big to jump' side ditches meant a long walk round to get to other areas to check. After jumping one such dyke to get to the spot the bird had settled in we enjoyed some amazing views of the is first record for northern Europe. Having missed this species on 2 trips to Morocco/Western Sahara it was a bogey bird well and truly unblocked! Other birds there were few and far between but 3 Common Buzzards, 2 Golden Plover, 2 Egyptian Geese, 2 Snipe and a Great White Egret were also clocked up. 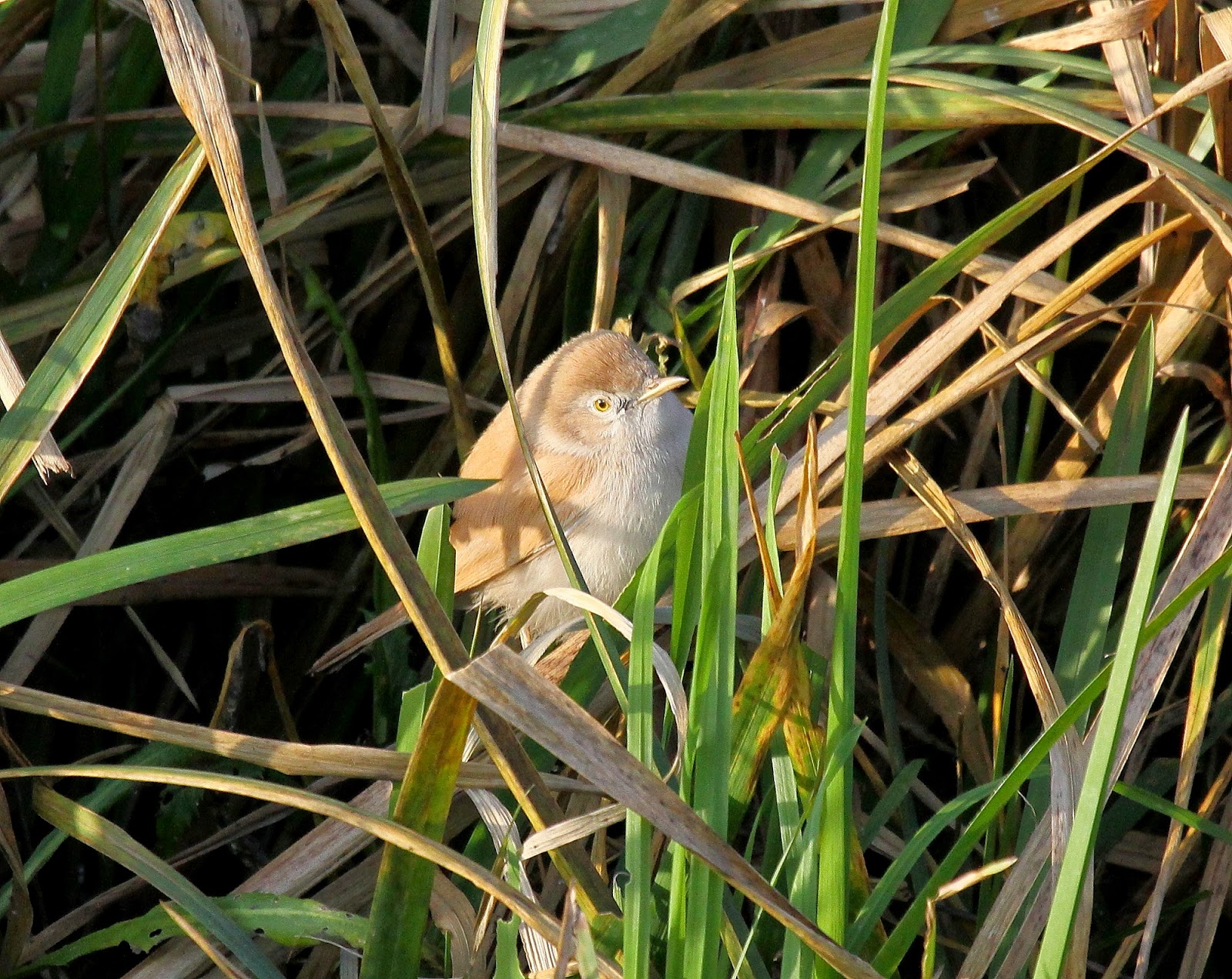 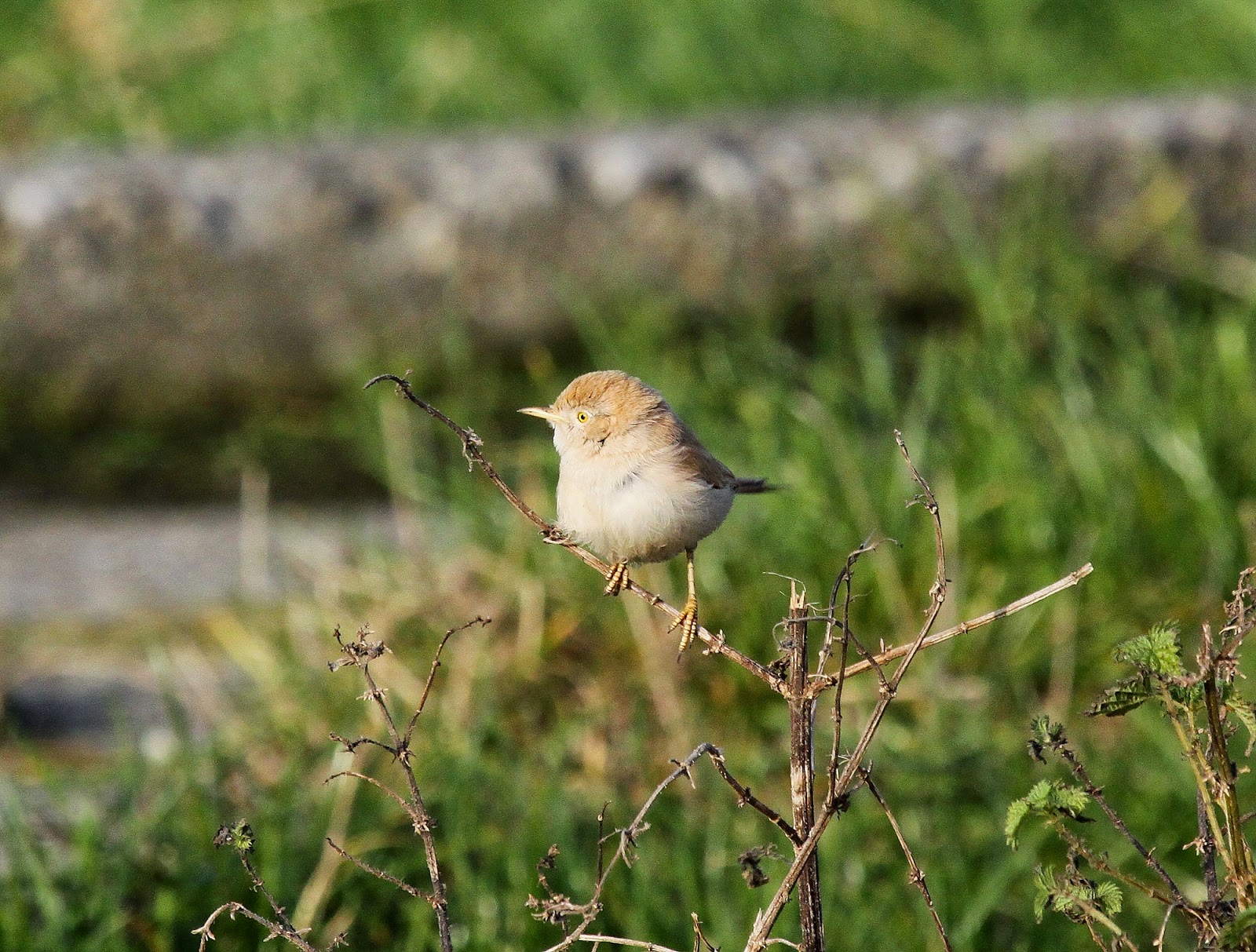 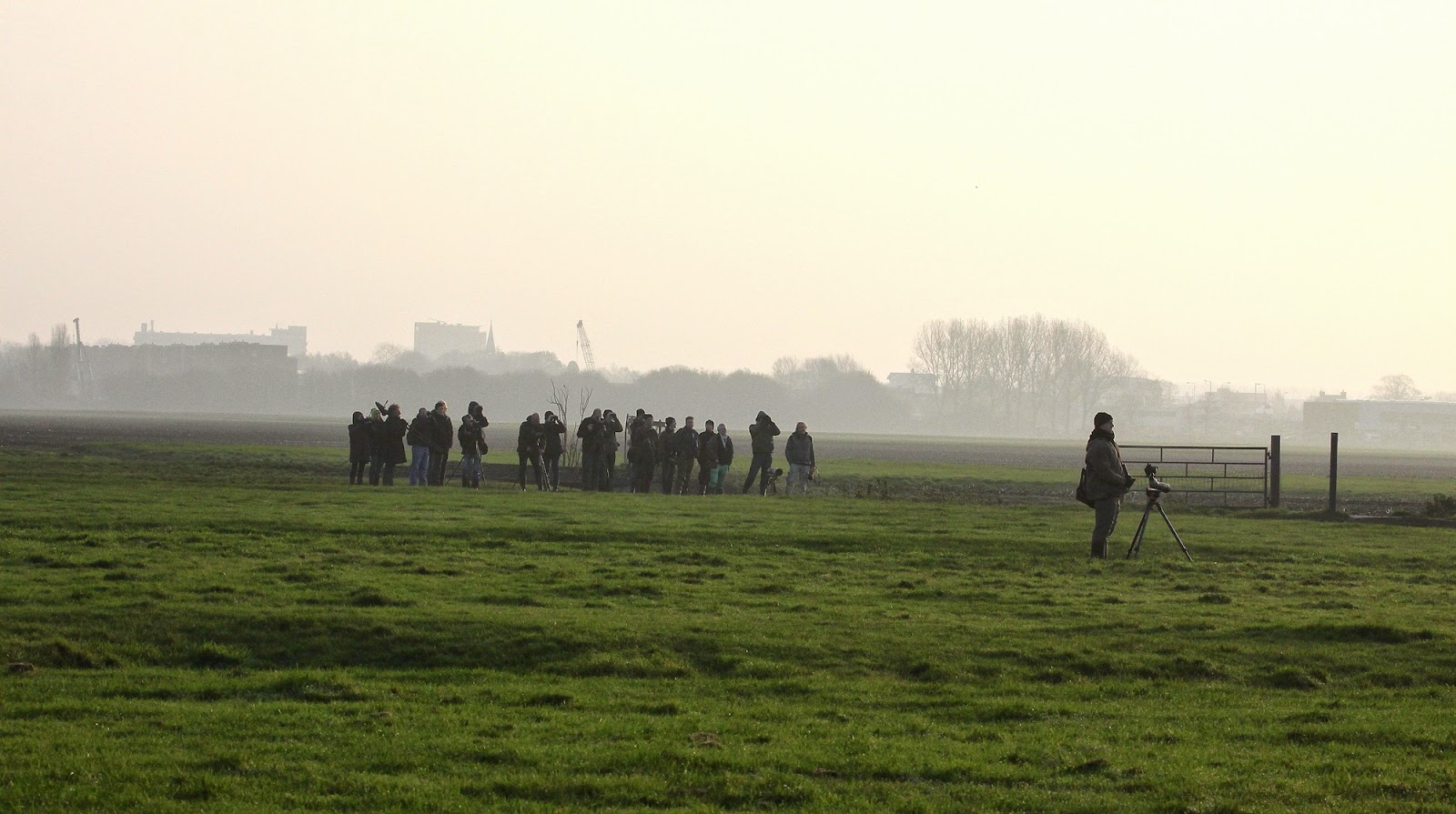 Next up was a site in an urban area of the nearby town of Leiden. After some tricky navigation to the site we spotted birders watching our target bird before we'd even parked the car. After hastily making our way to the communal garden area bewteen blocks of flats we were watching the White-crowned Black Wheatear within seconds and it went on to show amazingly well as it moved from elevated perches high on the flats to feed at ground level and on nearly garden walls. A couple of small groups of Ring-necked Parakeets were heard flying over before we got brief views of one flying between buildings. 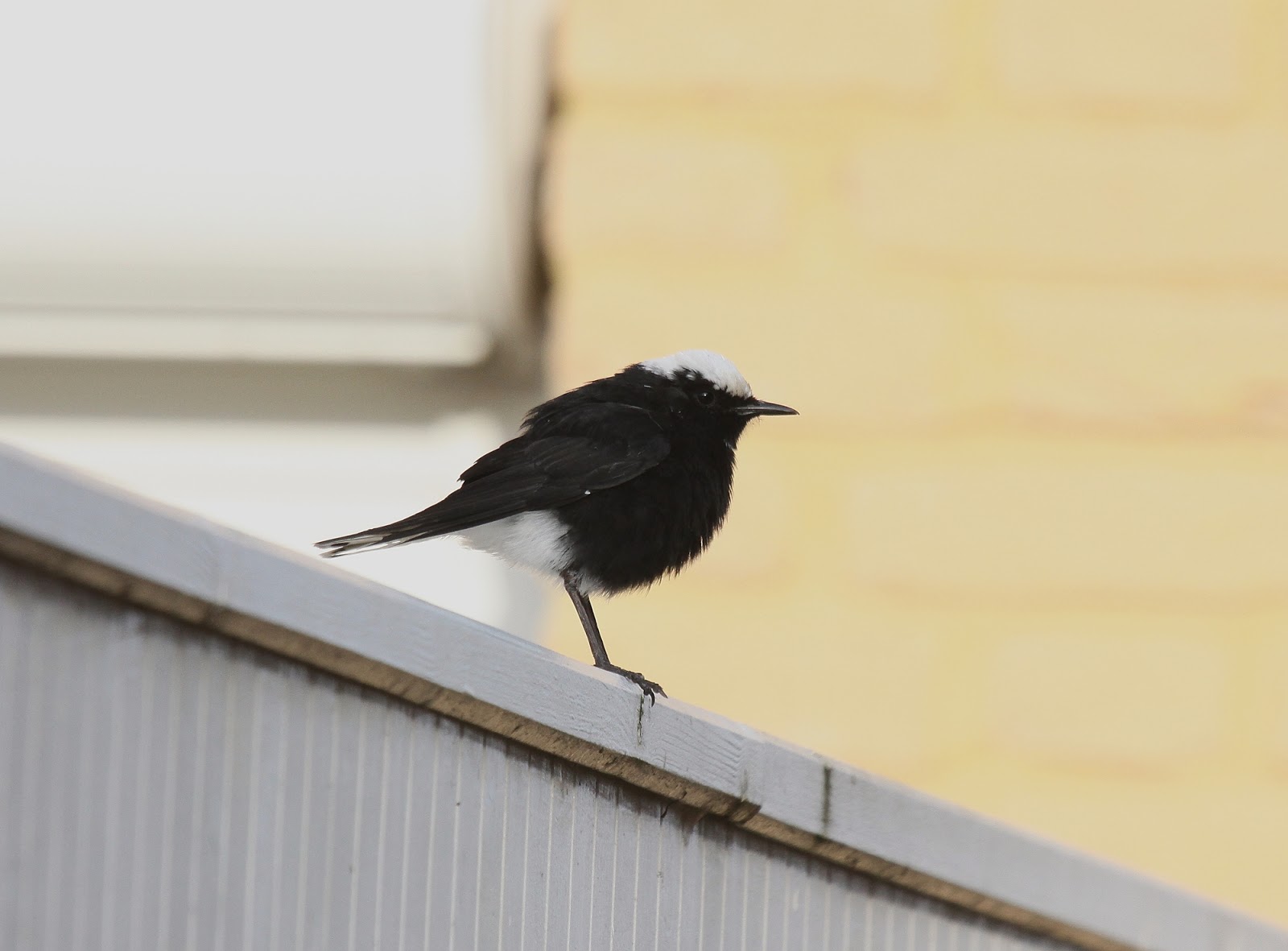 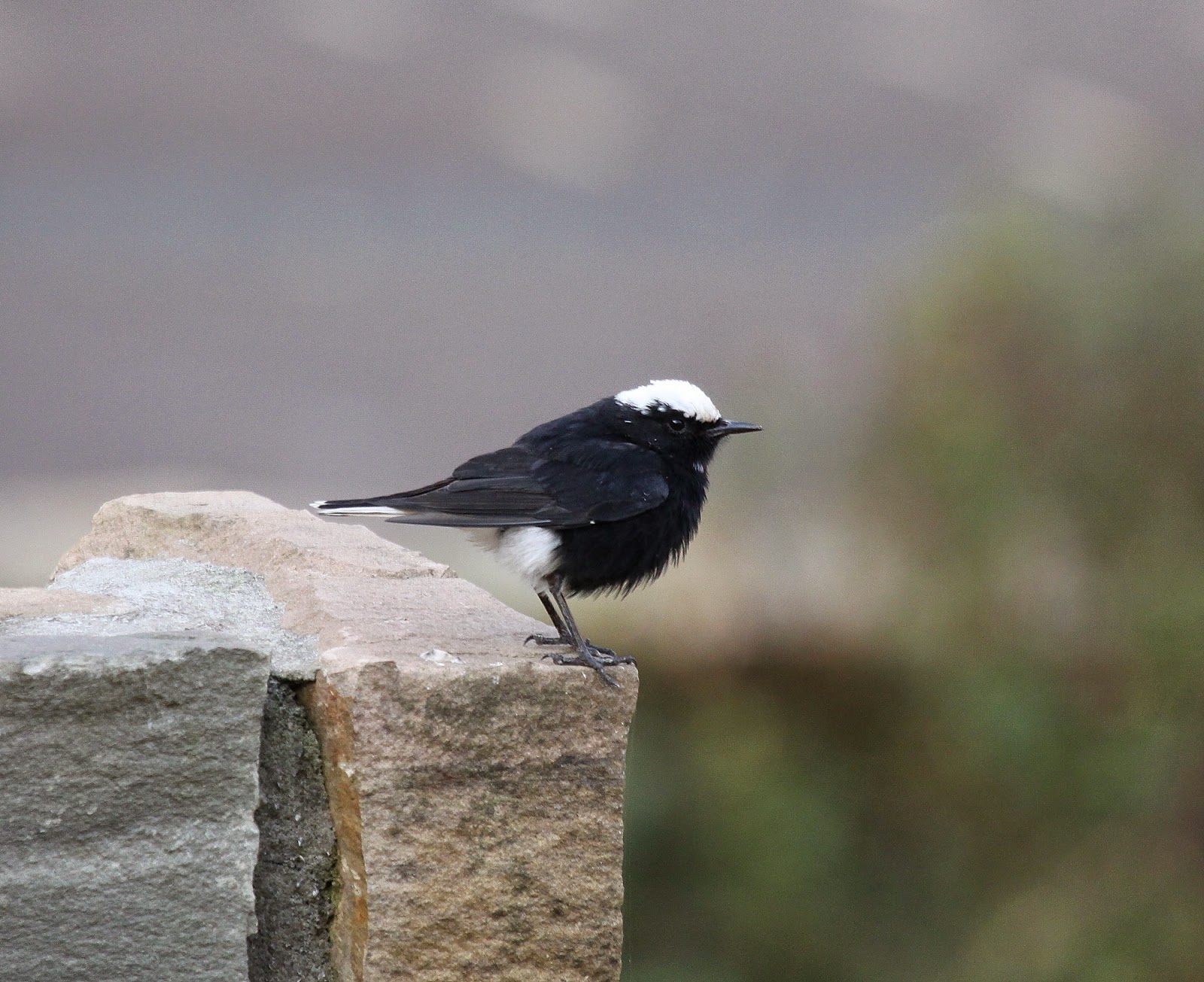 Our last main stop of the day was at Europoort, to the south of Den Haag. Making our way to a large area of waste ground behind the beach we began scanning the c12 Common Buzzards and eventually picked out the huge and distinctive Long-legged Buzzard which has returned to the erea for its 2nd winter. It's showed nicely in flight and perched albeit it a litle distantly. While scanning we also picked up a Merlin, Peregrine, c4 Kestrels, a very 'pied' looking Common Buzzard and a really good candidate for Rough-legged Buzzard which unfortunately refused to fly so we could clinch it! 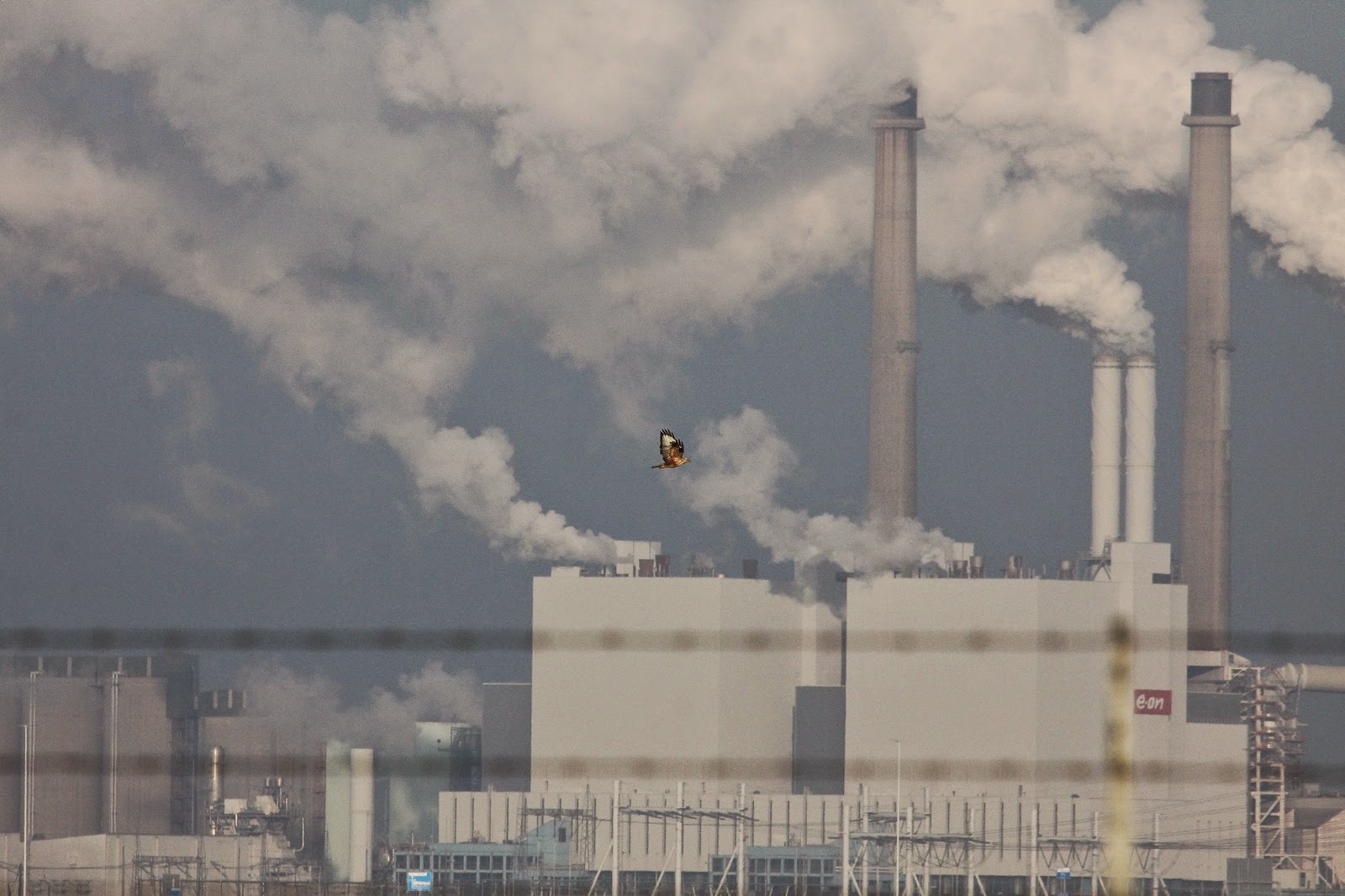 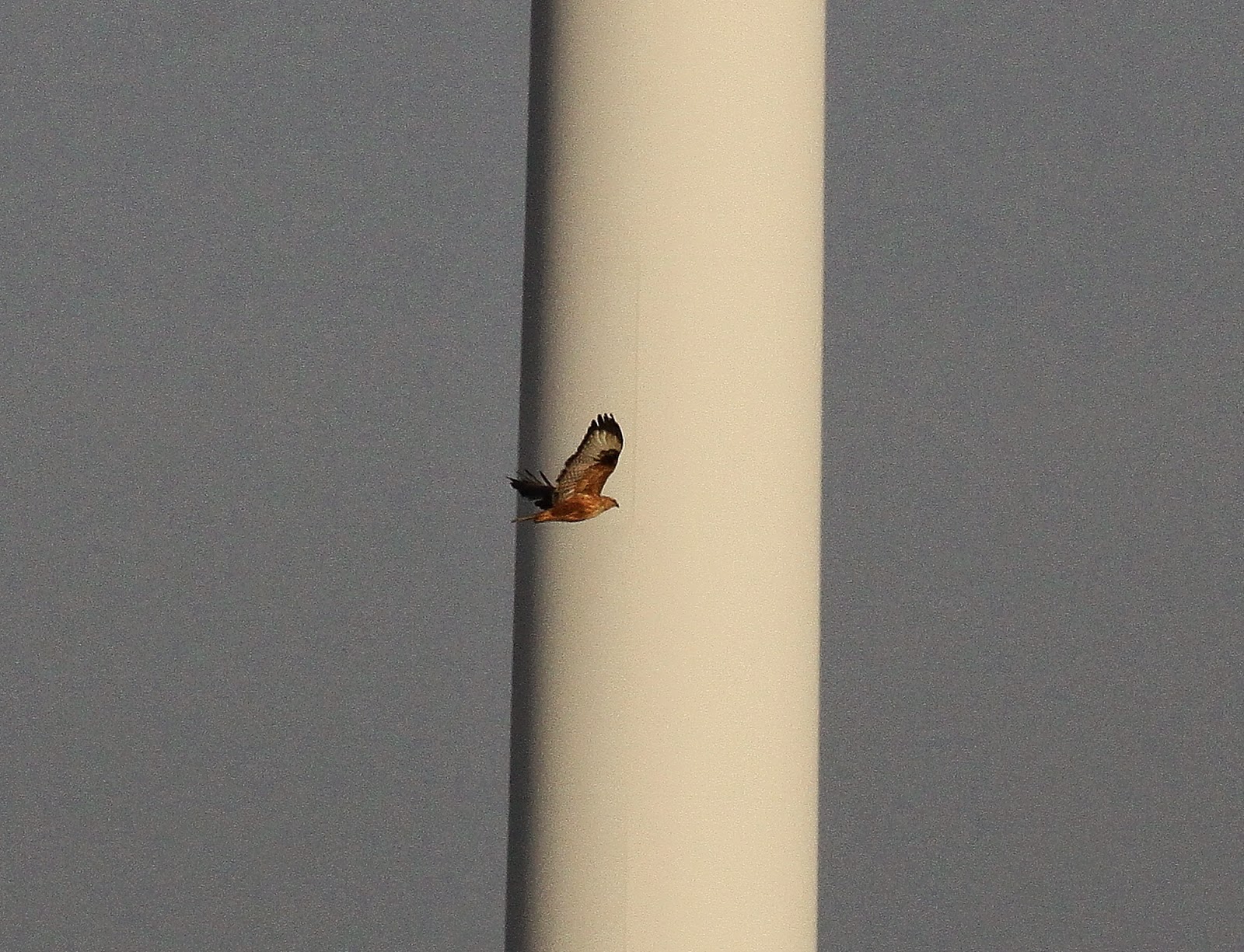 Our last port of call was a the small harbour by the N57 bridge just SW of Ouddorp. Here we dipped on Black Guillemot but did manage c150 Red-breasted Mergansers (most flying inland to roost), Red-throated Diver, Golden Plover, Oystercatchers, Curlew, Turnstones and another Peregrine near Zierikzee. En-route there were also plenty of Barnacle Geese, White-fronted Geese and Brent Geese plus another Great White Egret.

A long dash back had us back to Calais with just 15 minutes to spare to catch our tunnel crossing meaning we'd really made to most of our available time!

A day out without my camera for a change but despite the lack of photos it was a very pleasant day out at a couple of sites on the Suffolk coast.

First was the Stour Estuary at Stutton Ness which was a new site for me. After a lengthy walk down from the village and a few scans of the water I soon picked up the juvenile Surf Scoter cutting a distinctive profile even at some distance in the main channel between Stutton Ness and Mill with a single Velvet Scoter for company. Other items of interest were c20 Red-breasted Mergansers, c10 Goldeneye, 4 Grey Plover, c30 Golden Plover, 3 Little Egrets plus loads of Great Crested Grebes, Shelduck and Brent Geese. On the walk a solitary Fieldfare, Song Thrush and Bullfinch plus a flock of Chaffinches amongst which I could hear Brambling but just couldn't locate one.

Second was Boyton Marshes where I was extremely fortunate to get a couple of flight views of the Dusky Warbler as it flew one way and then the other across the entrance track c100 yards down from the carpark. Not ideal but better than I'd feared! Also there were 3 Black-tailed Godwits, 1 Shoveler amongst loads of Wigeon and Teal plus 3 Little Egrets, 9 Fieldfares and a Common Buzzard.

Desert Wheatears at the double, 8 November 2014

And so, with the lure of seeing 2 Desert Wheatears in a day (a UK first for me!) it was off to the coast today with Lowestoft being first on the agenda. The 1w male Desert Wheatear was showing amazingly closely to a small group of admirers on the sea wall by the Links Road carpark and 2 adult Mediterranean Gulls loafing about on the carpark were a nice bonus before we moved on...

...to Desert Wheatear number 2, this time a female on the promenade at Gorleston. If it was possible this one showed even better despite it being far more active than the Lowestoft bird.

After a greasy spoon cafe lunch Belinda was keen to see the Grey Seals at Horsey so a yomp along the Nelson's Head track was in order and predictably there were loads of seals! None close enough to bother photographing but 4 pups were noted including a strange ginger-coloured one. 2 Sanderling, 4 Stonechats and a male Marsh Harrier were the only other things of note.

Last stop of the day was at Winterton where c30 Snow Buntings were located on north beach followed by scooping free sausage rolls in the beach cafe! 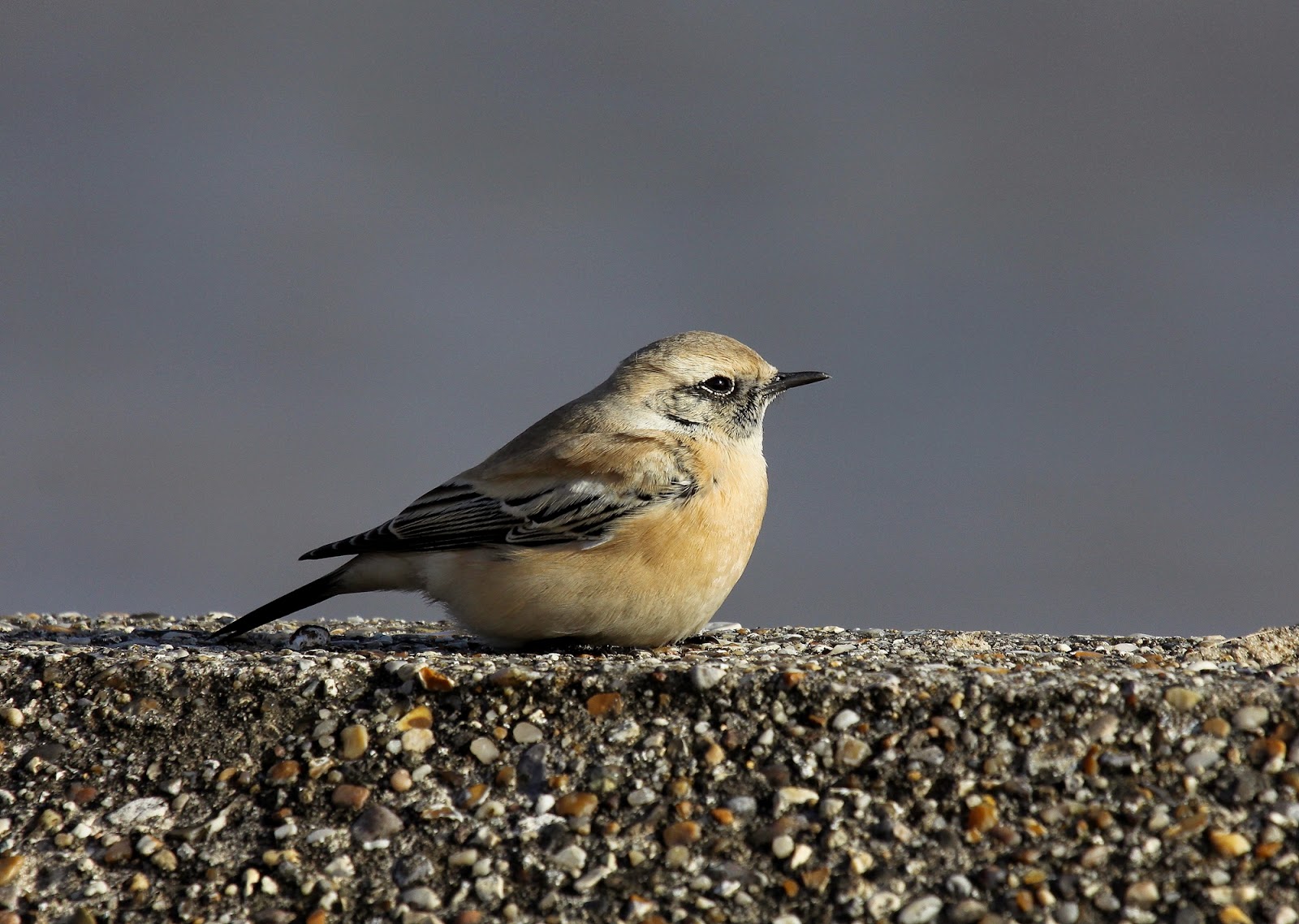 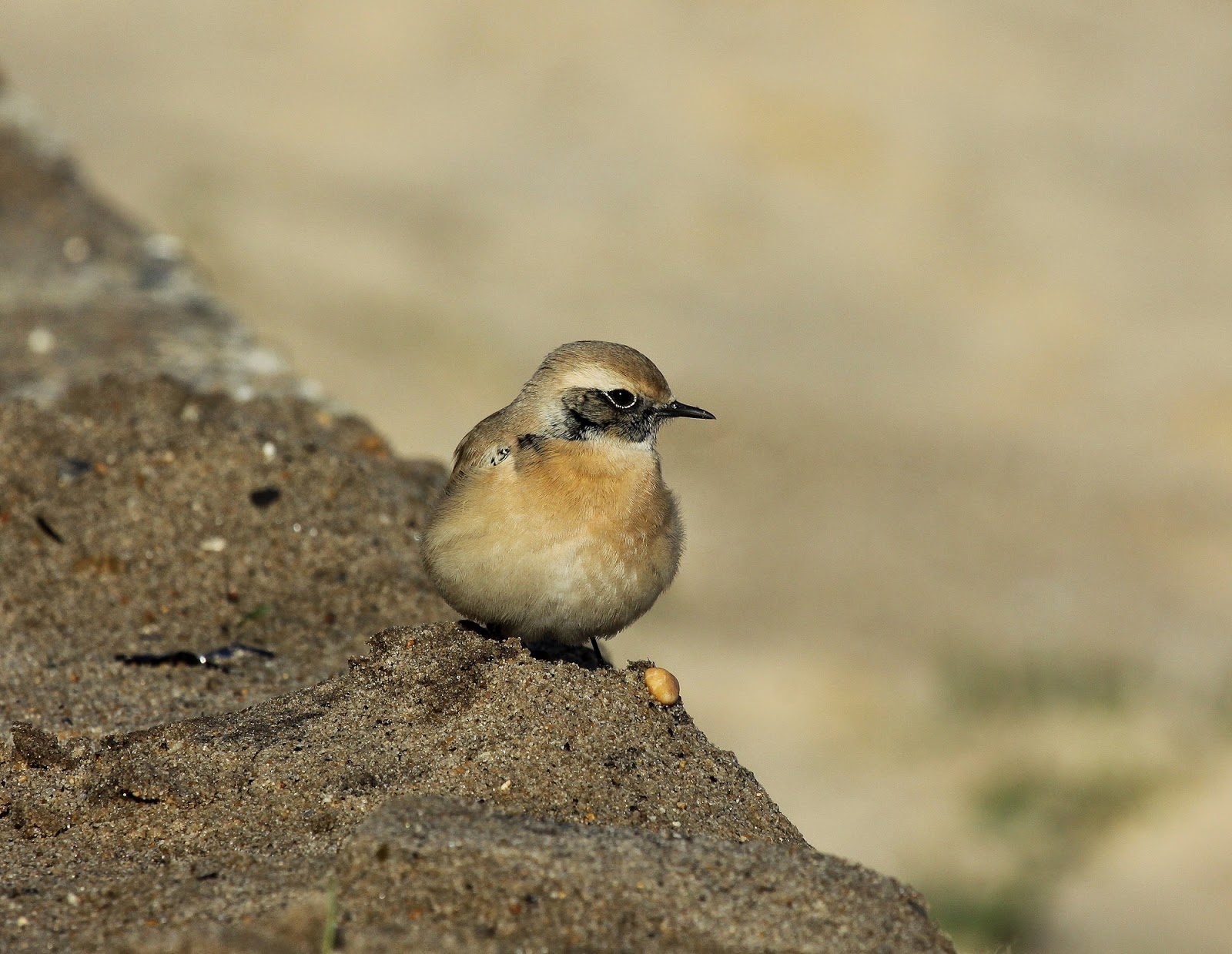 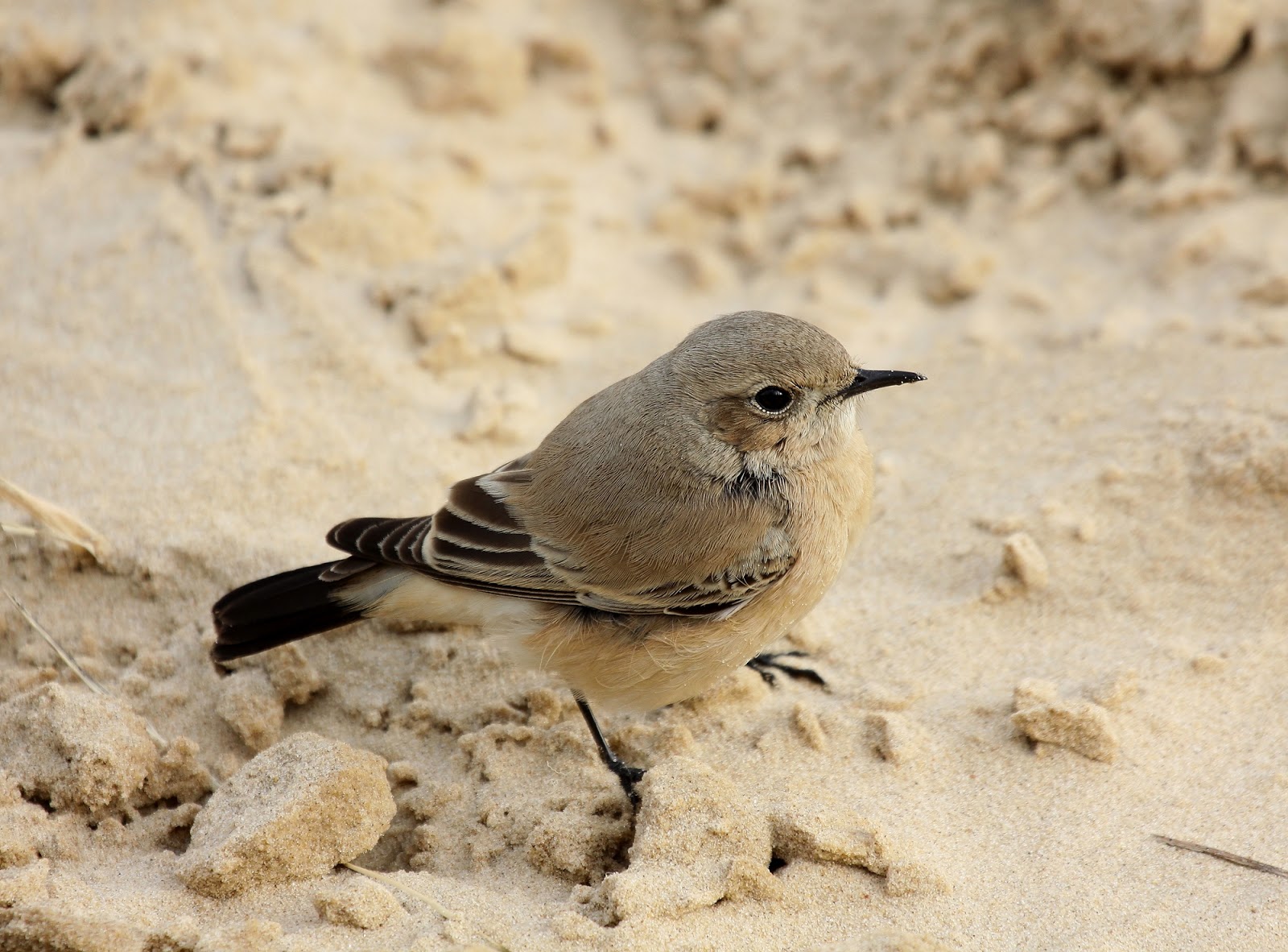 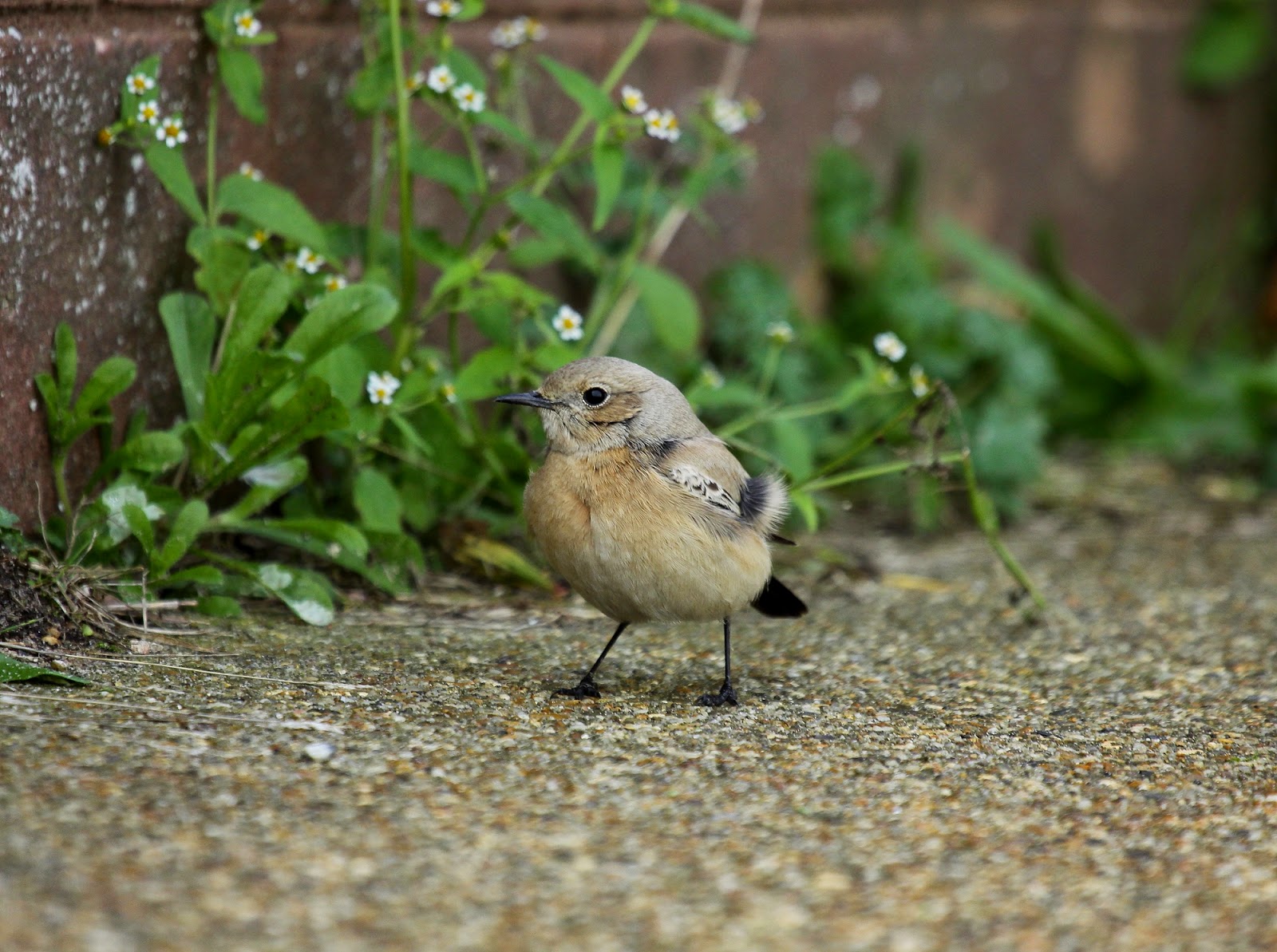 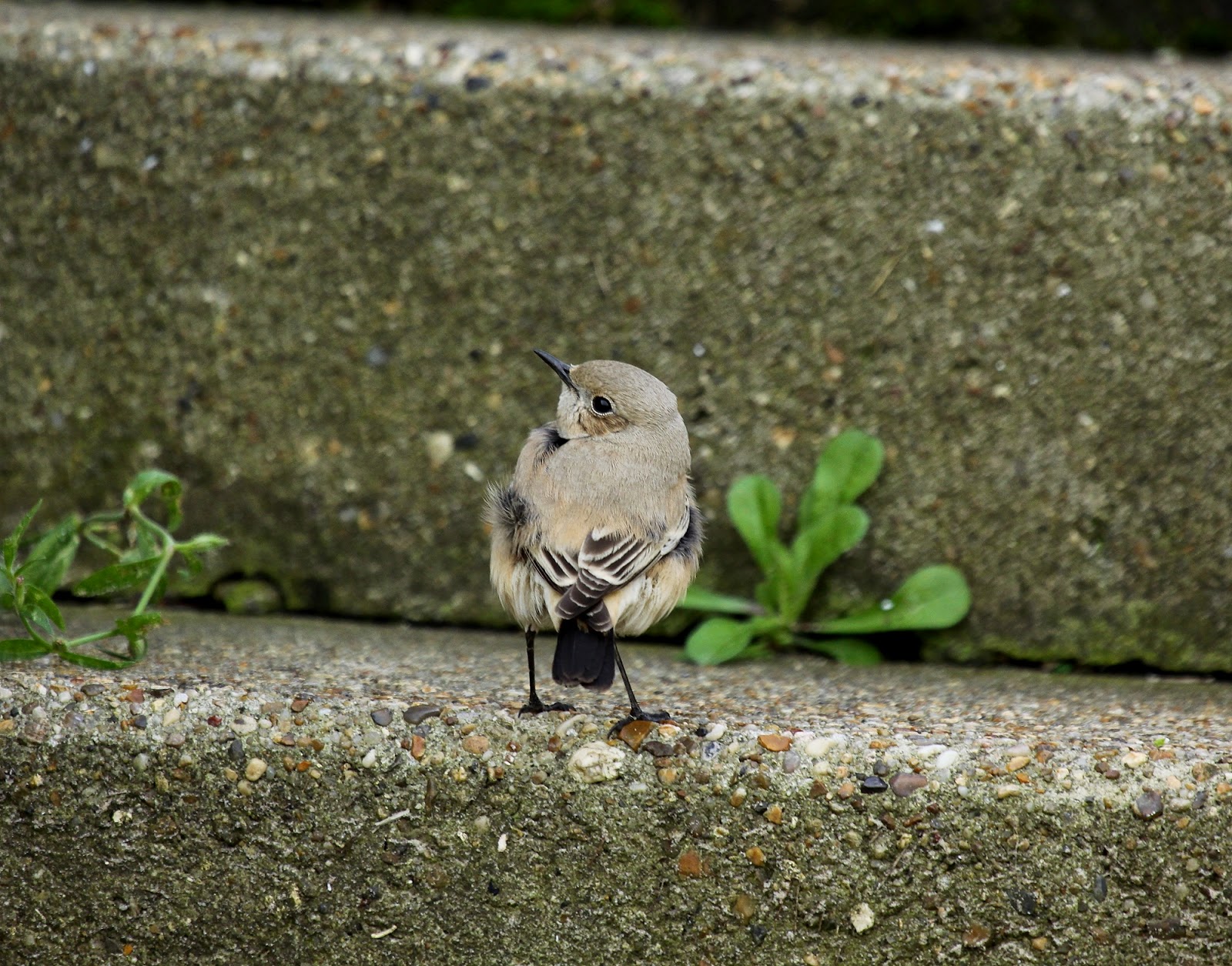 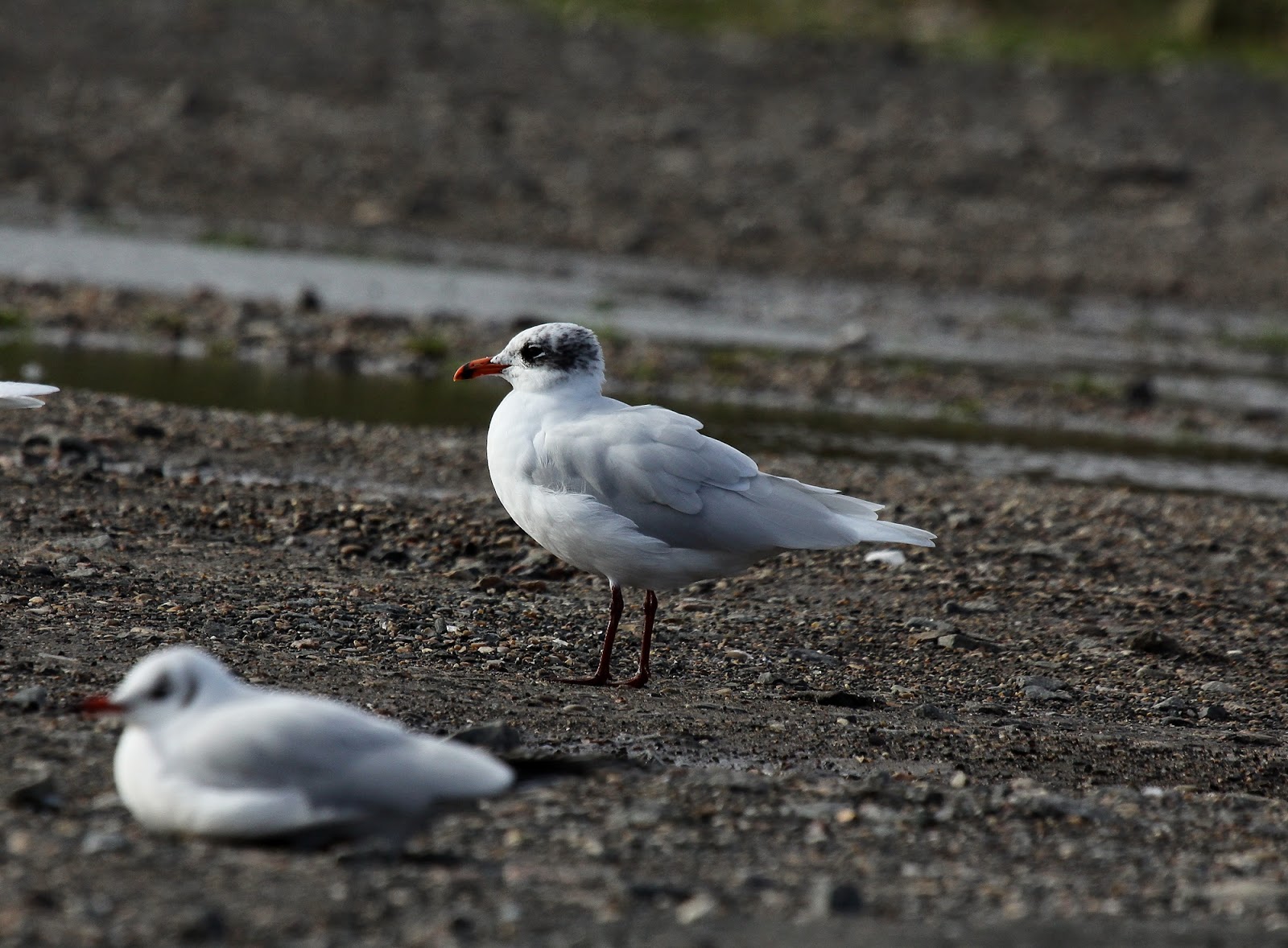 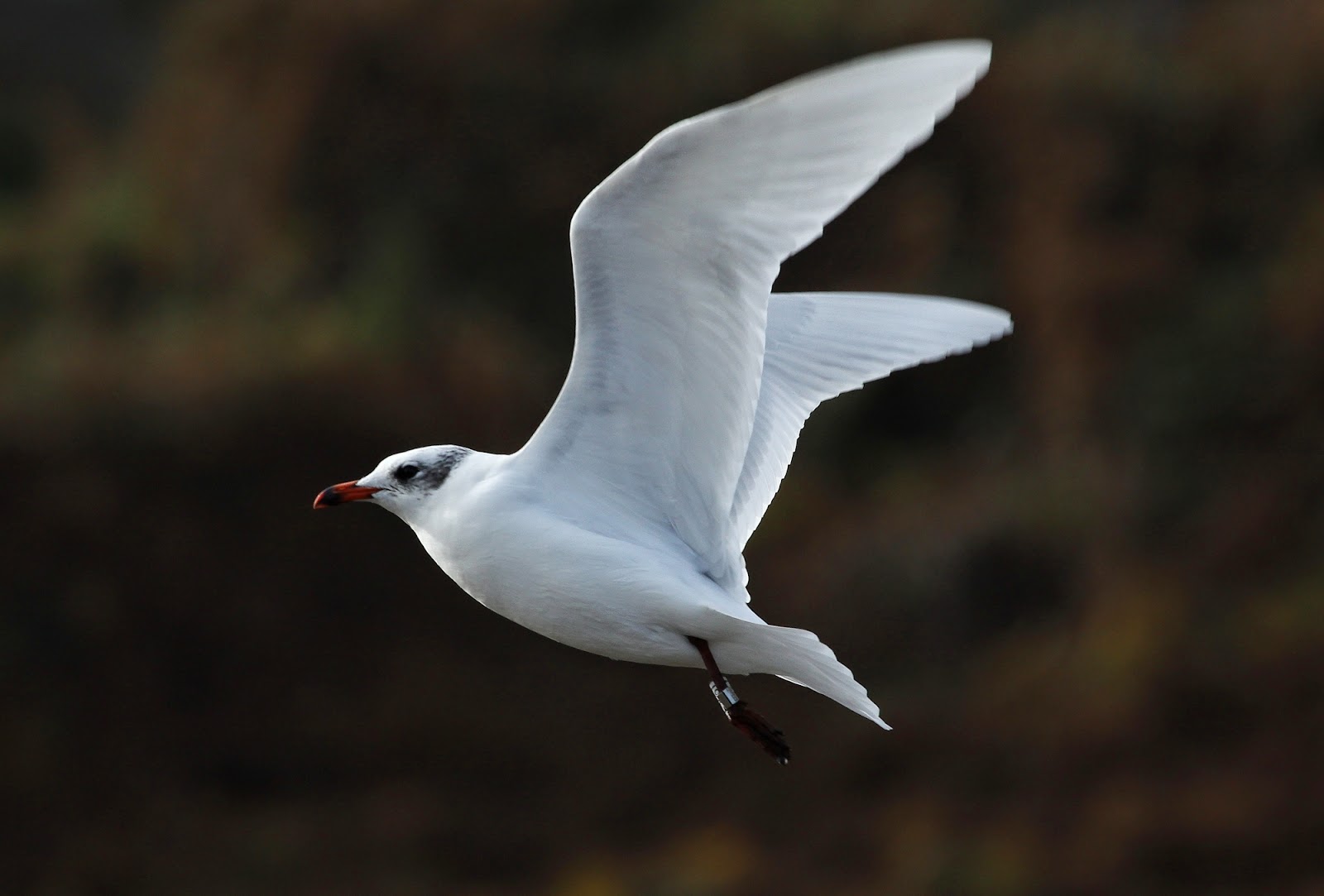 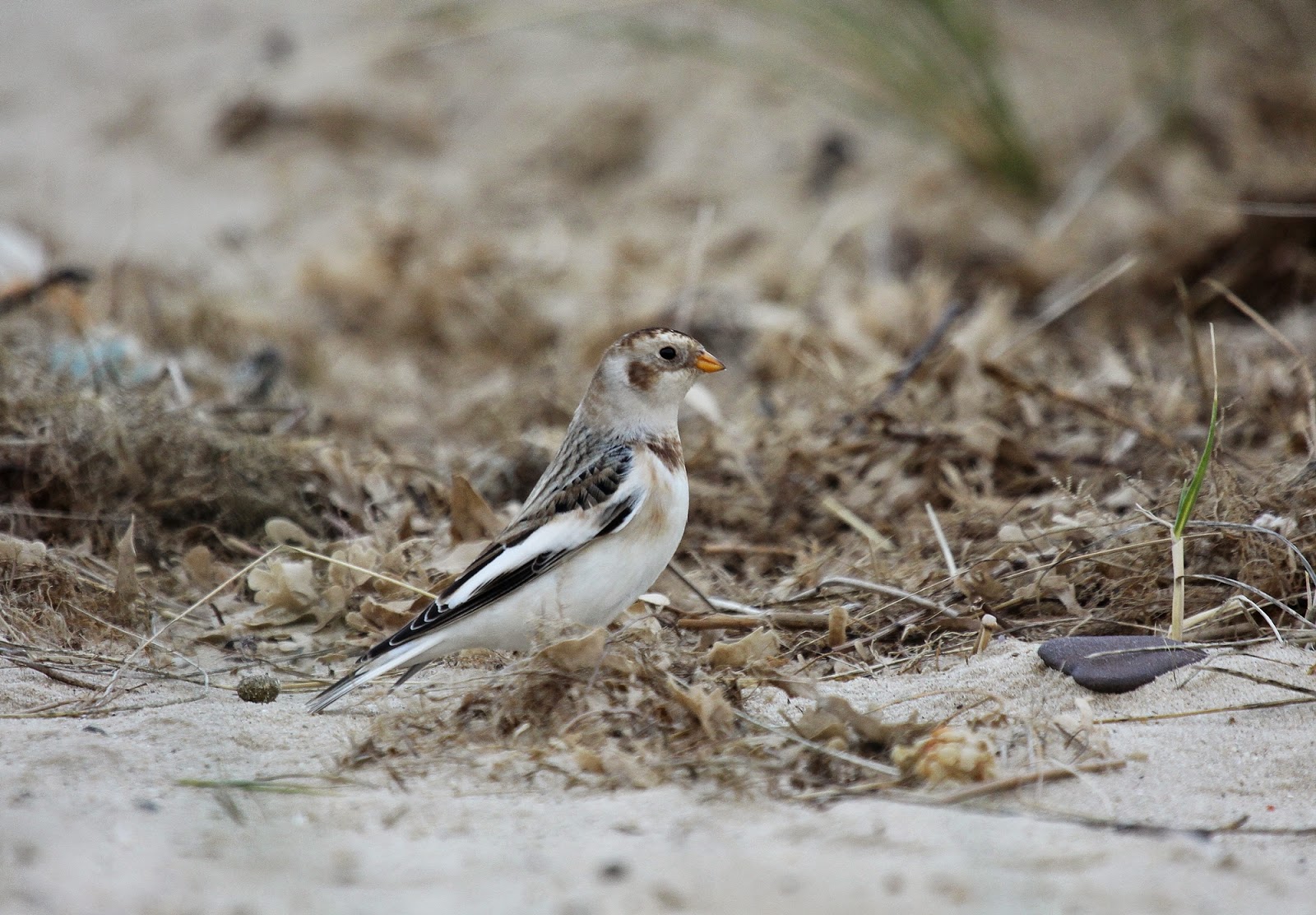 Snow Bunting
Posted by Chris at 19:52 No comments: