Belinda joined me for a stroll at Covehithe and it was lovely down on the beach with superb light for some scenic photos. I wasn't there on the off chance though, there were birds I wanted on Covehithe Broad! Luckily they were nice and easy - firstly 9 Bewick's Swans and then the main target in the form of a distant Slavonian Grebe (after we'd walked up to Easton Bavents cliffs and back it had come much much closer!). 4 Goldeneye were also on the broad with a handful of Gadwall, c4 Little Grebes and a Cetti's Warbler busrt into song as we started the walk back. The feral [Barnacle Goose] flock were on fields at the back of the broad and the flock is now huge! Amongst them were a single feral [Red-breasted Goose] a few Egyptian Geese and a single Brent Goose. 8 more Brent Geese flew south offshore.

A quick drive to Lowestoft followed so we could nab the Great Northern Diver on Lake Lothing and nab it we duly did from the railway footbridge, but not until after lunch in Nicholas Everitt Park!
Posted by Chris at 16:59 No comments:

With the first day of my Christmas break off work heralded by blue skies I ventured up to the Hickling area today.

First port of call was the lane between Hickling village and Sea Palling where the Cattle Egret of the last couple of weeks performed very nicely in the winter sun. Not after an initial anxious 10 mins where the bird looked like it wasn't there only for it to 'appear' on cue! A Barn Owl was hunting over the back of the fields and c1500 Pink-footed Geese flew over.

The only other plan I had for the day was to do the Stubb Mill roost so I headed there mid afternoon after lunch at Winterton beach cafe (where I couldn't find any Snow Buntings on north beach).
The roost was nice, mainly due to the fact that I'd not been there for years and have been meaning to go back plus the sun was out. My totals were c18 Marsh Harriers, 2 Common Buzzards, 2 Sparrowhawks, 2 Barn Owls, 9 Common Cranes, c150 Pink-footed Geese and a Chinese Water Deer. Strangely there were some nice passerines about too - several Bramblings, a large flock of Fieldfares with a few Redwings mixed in, 2 Stonechats, Coal Tit, a Redpoll sp over and a Carrion Crow with a white throat patch! Gadwall, Wigeon, Teal and Egyptian Geese also made it onto the day list. 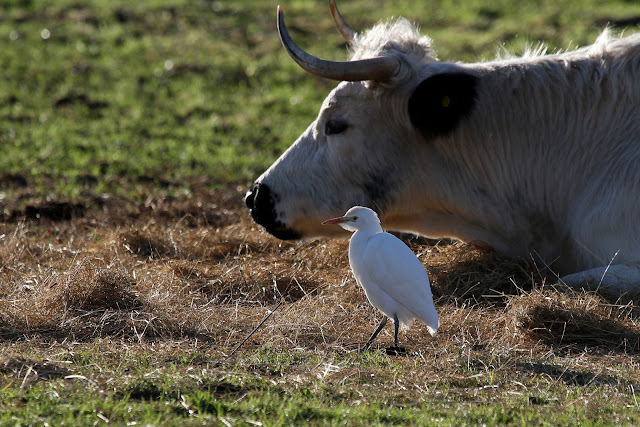 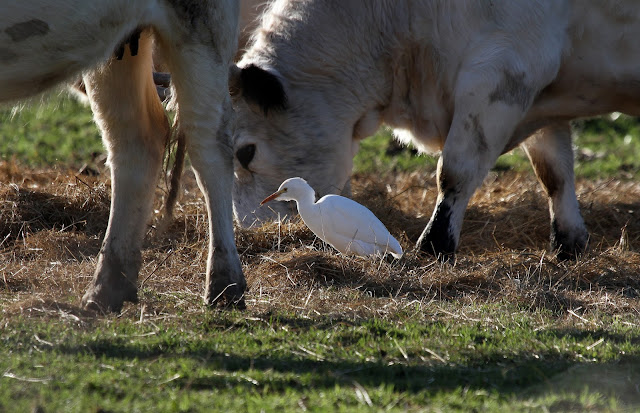 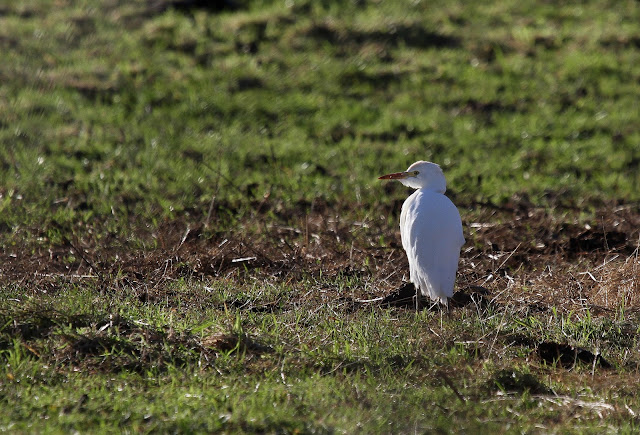 Inspired by the new Winter edition of the Birding Frontiers Challenge Series I found this old photograph taken at Vadso in Northern Norway in May 2011. With the amount of white on the rump and right up onto the lower mantle this bird just has to be a Siberian Snow Bunting of the race 'vlasowae' which has recently been proven to be more regular in the WP than previously thought. Given the nomadic habits of Snow Bunts I reckon this one is one we should be on the look out for on the east coast. 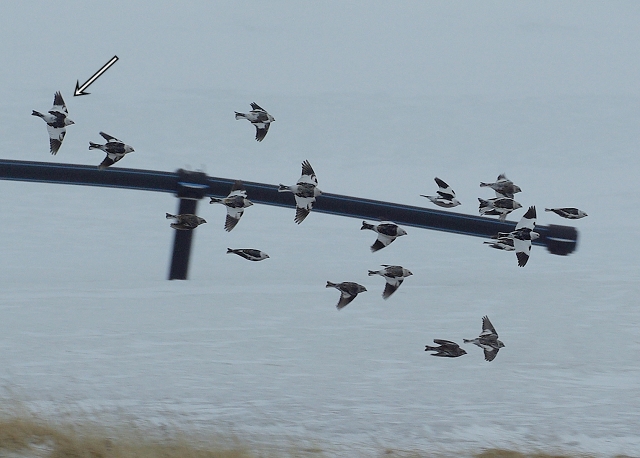 By 'strange' I mean not very successful!
Firstly a look at the Fisher Fleet in King's Lynn resulted in the Iceland Gull being absent so I cut my losses there are moved on to Snettisham where I also dipped the Pallid Harrier. The long walk south from the Shepherds Port carpark at least gave me some exercise! There was some consolation in the form of a nice Great White Egret on the saltmarsh with several Little Egrets, a Peregrine, Marsh Harriers, Common Buzzard and a couple of Rock Pipits, an extremely late Swallow north past the chalets, loads of Knot and Pink-feet on the walk but the main prizes of the day eluded me totally.
I even had another look at the Fisher Fleet before the long drive home but to no avail :-(
Posted by Chris at 09:14 No comments: