Having seen photographs of the Great Grey Shrike of the last few days from Sutton Belinda and I headed that way today. I was particularly keen to see this bird as it looks very good indeed for a 'homeyeri' bird. It was present on arrival luckily but although scope views were good it was too distant for me to get my camera out. Even in flight at distance the amount of white in the tail and secondaries was quite striking.

After a brief chat with Peter Ransome and Bruce Root we then struck out on what turned out to be an 11.5 mile walk taking in Sutton Heath, Upper Hollesley Common, Rendlesham Forest and Shottisham. Along the way the only birds of much note were good numbers of Siskins (at least 100), a flock of c60 Chaffinches, a plethora of Coal Tits (including 6 together), a single fly-over Redpoll sp, Bullfinch, Great Spotted Woodpecker, Green Woodpecker and 2 Common Buzzards. Not exactly mind-blowing stuff but the exercise was just what we needed after both shaking off shitty fluey colds! 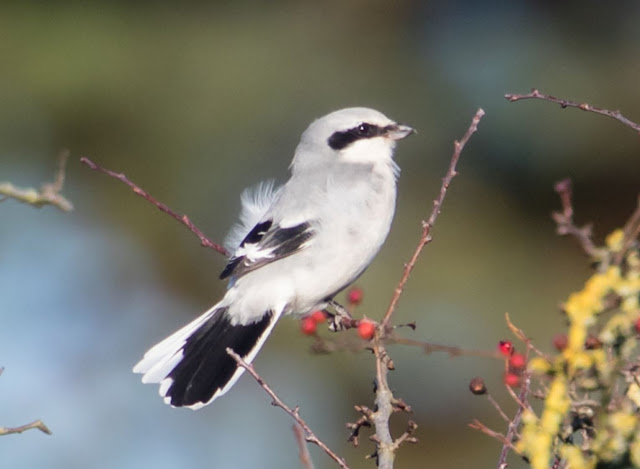 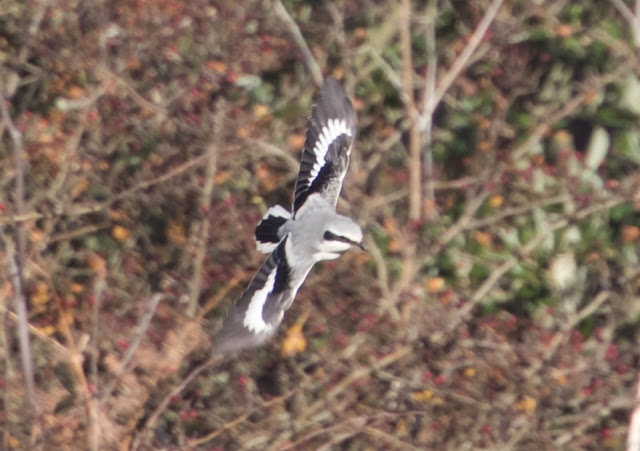 Photographs (not mine, courtesy of Sean Nixon!), showing the extent of white in the secondaries and tail of the Sutton Great Grey Shrike. The tail feathers in particular point towards 'homeyeri' with the outer 2 completely white and even the 3rd only having black along half it's length.  Most educational!
Posted by Chris at 17:52 No comments:

Some non-avian highlights from Borneo

I've just started to work through some of my photos of 'things other than birds' from our trip to Borneo back in March/April. Well with these dark nights and our next trip (Cuba in March 2017) being a way off I've got to keep amused!
I've not got as far as Orangutan or Proboscis Monkey yet but here are a few I have got round to. 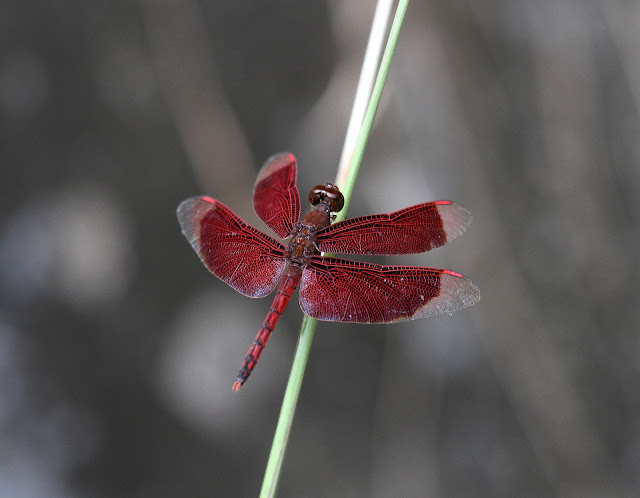 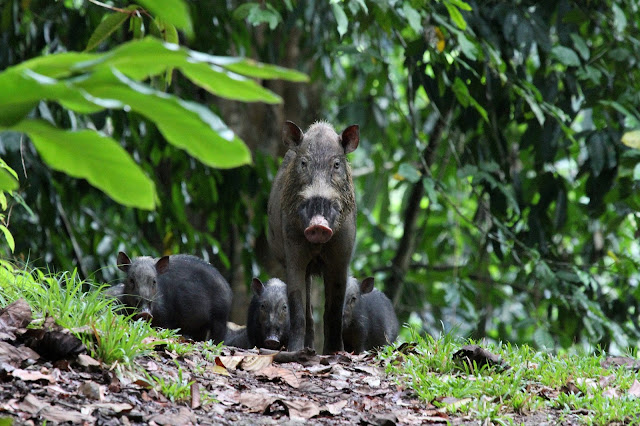 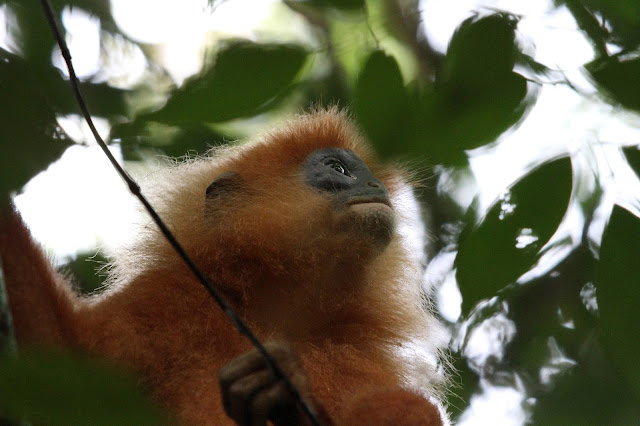 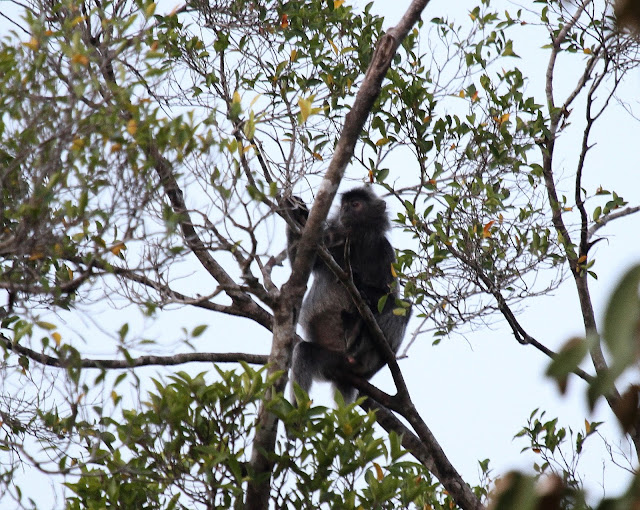 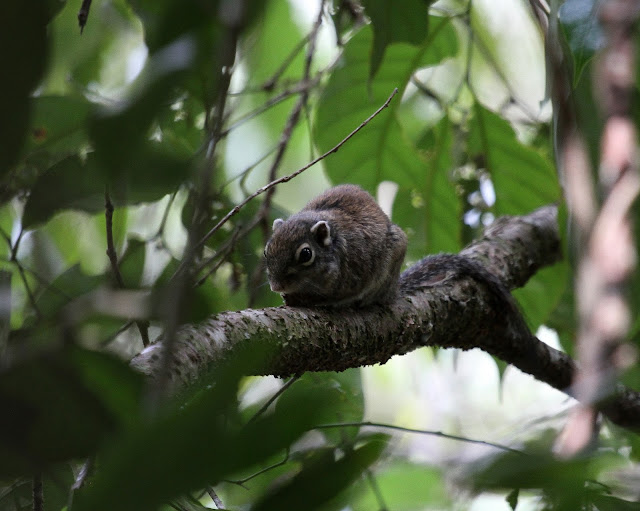 Jentik's Squirrel
Posted by Chris at 19:28 No comments:

So, it was a Stejneger's Stonechat!

New has broken today that DNA analysis has confirmed that the Landguard stonechat from early October was indeed a Stejneger's Stonechat.
Modern DNA sampling may not be the best way to get confirmation of a new bird but at least this individual was pretty distinctive in the field too! As I noted at the time this bird was also very different in behavoir to what we're used to in what is usually a very confiding genus. 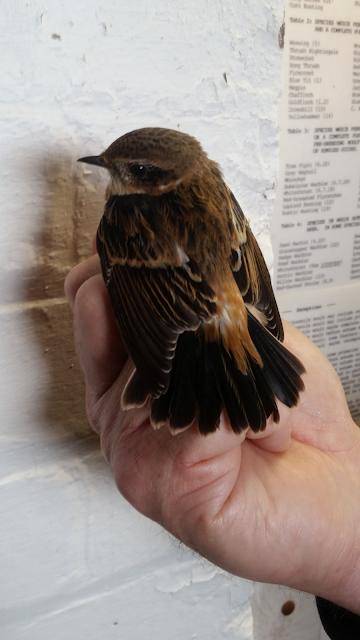 You know when you've been birding a long time when Waxwings turn up in localities you've seen them in before!
The Jenny Lind Playground is just around the corner from where I've seen them in previous years but you can't tire of these trilling beauties.
Initially they weren't very co-operative with just 3 birds putting in a couple of brief appearances but then there were 12, then c20 and finally I found the full flock of 34 in tree tops above the football courts. They soon decended to lower level and did some brief berry scoffing before disappearing again.
A Grey Wagtail flew over but that was the only other thing of note. 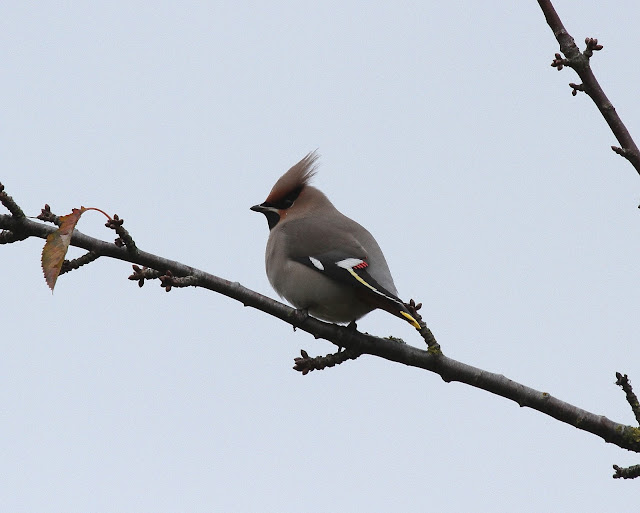 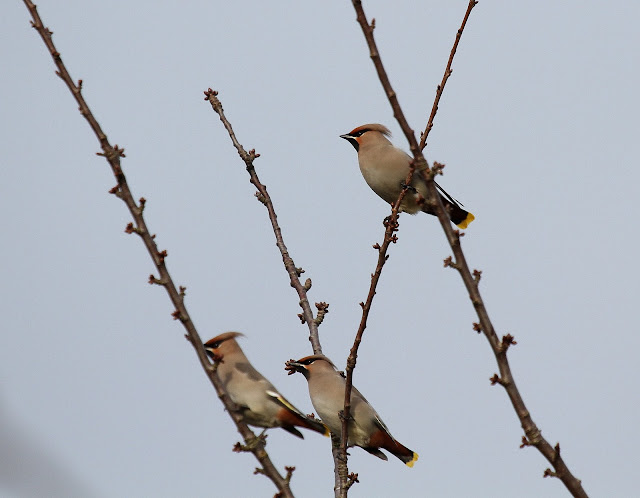 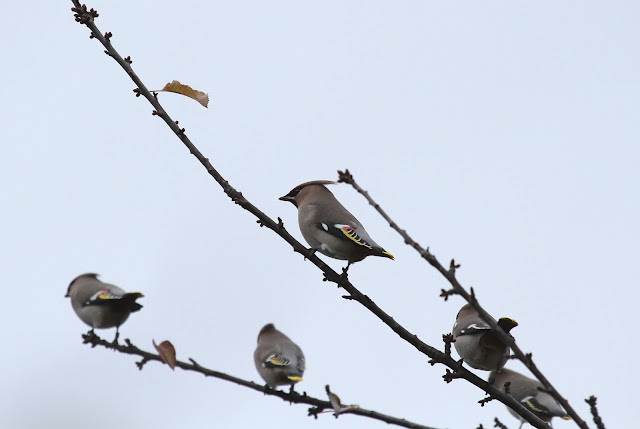 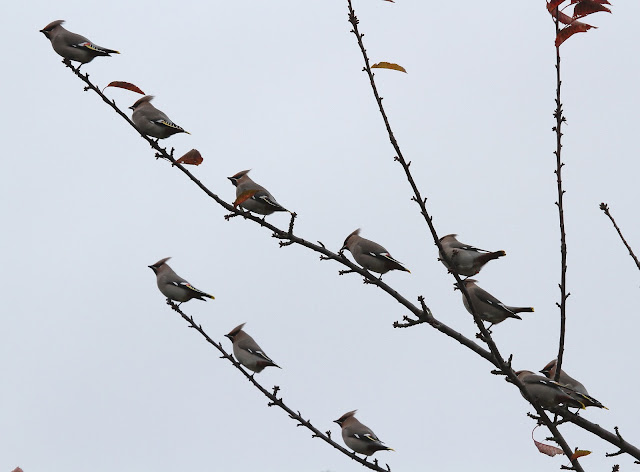 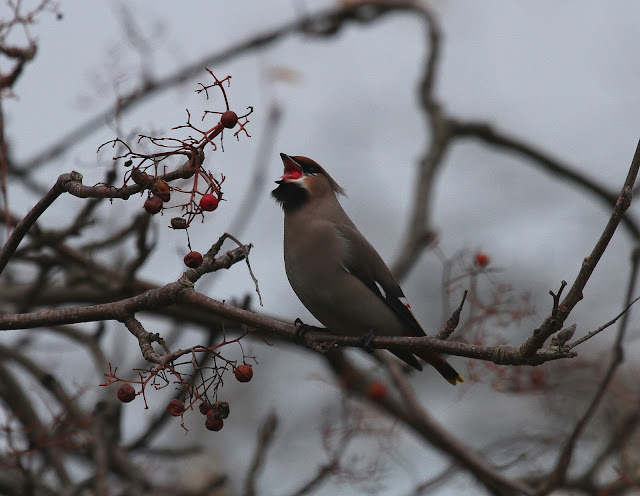 Despite the inclement weather a Velvet Scoter at Whitlingham was too good an opportunity to pass up.

After the customary avoidance of a carpark fee I walked along the south side of Great Broad (noting the hybrid Greylag x Swan Goose on the way) and picked up the scoter in line with the island. A brief break in the rain allowed me to try a few hasty phone-scoped efforts before it closed in again. Also on the broad were a female Goldeneye, c15 Pochard, a group of 9 Little Grebes plus numerous Tufted Duck and no doubt 'Russian' Coot. Other wildfowl included Teal, Gadwall, Egyptian Goose, Canada Goose and Shoveler.

A wet walk a bit further gave me a nice Green Woodpecker on the path and a Grey Wagtail that landed briefly in a small inlet. I then beat a retreat back into the dry! 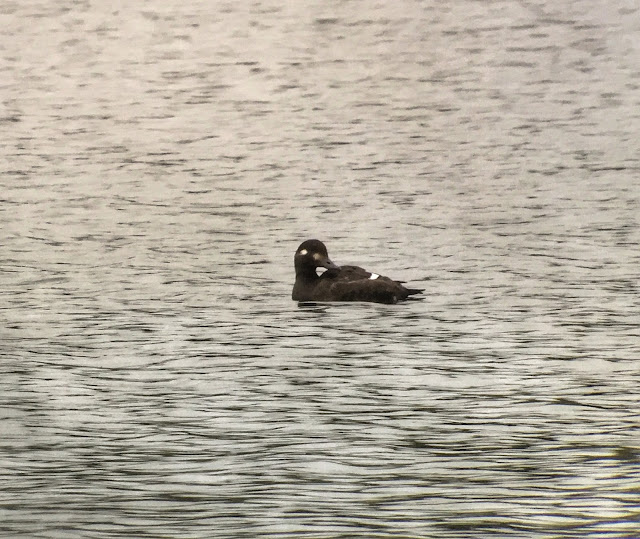 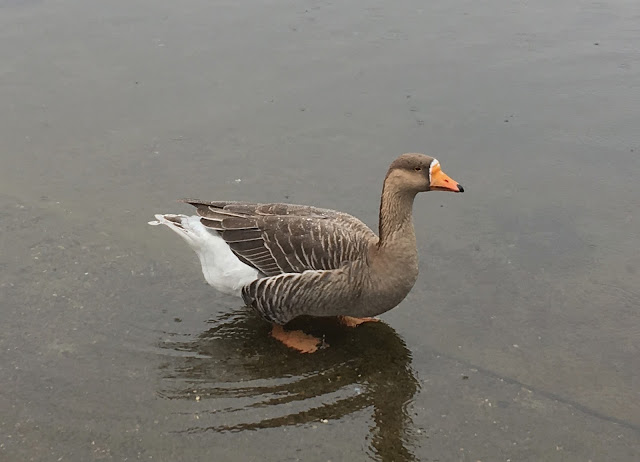 I nearly stood on this young Hedgehog tonight as it was right outside our back door! Grabbed the gloves and relocated it to the orchard.

Earlier, on a walk around the Starston area a Little Owl entertained and there were winter thrushes (Redwings and Fieldfares) everywhere. A Red Admiral is still hanging on in the garden and tonight our local Tawny Owl has started calling. 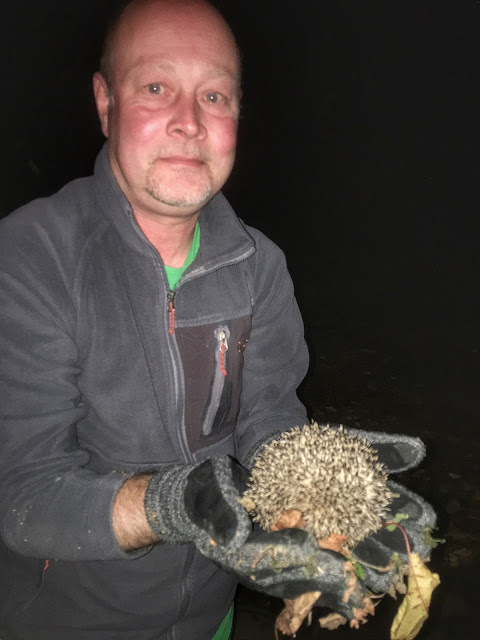 After the excitement of yesterday and with the weather due to close in by late morning I popped across the A140 for half an hour this morning. It took about 20 minutes but eventually the female/1w male Black Redstart popped up on the fence of the farmhouse next to Owl Barn and showed in a few spots. Due to the distance and me not wanting to disturb the residents on a Sunday morning I couldn't get any pics. Birds were everywhere in Rectory Road - a couple of small groups of Fieldfares on the move, 3 Song Thrushes, 2 Bullfinches, c20 Goldfinches, Common Buzzard and 2 Grey Wagtails over.

The photo below may help anyone looking for it 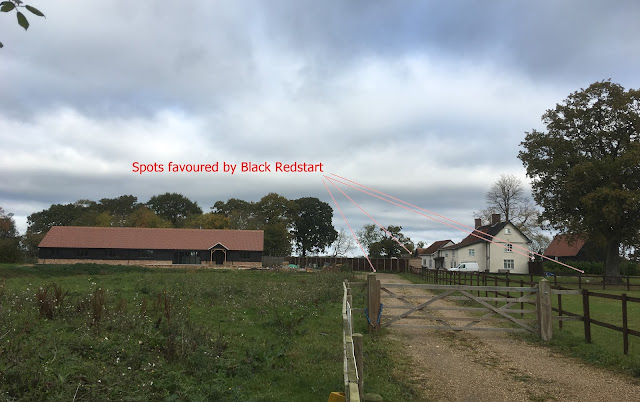 Remember remember the 5th of November - I won't be forgetting this one in a hurry!

News of the American Cliff Swallow broke at c16.00 yesterday and reports that it may have gone to roost near Bittern Hide at Minsmere meant only one thing - a pre-dawn vigil on the Suffolk coast.

With the first glimmers of light we positioned ourselves outside West Hide and within about 20 mins we'd got the shout that it was over the North Wall with Swallows. Cue and wheezy panicky run! As we reached the area near the Sand Martin colony cliffs by the visitor centre a small group of hirundines appeared above our heads and bingo - the American Cliff Swallow was amongst them. After a couple of reasonable views the group moved off over the scrapes and went missing for a while. Luckily they were back within about 30 minutes and went on to show superbly around the pastures on the north side of the North Wall. The flock of 7 Barn Swallows and the star bird spent some time sat in hawthorn bushes which is something I thought I'd never see.

Into the bargain a Great White Egret flew over near West Hide, 5 Bewick's Swans south over the North Wall and several small groups of Siskins were also on the move.

Breakfast in the Lighthouse Cafe in Lowie followed then a drive through the lanes to Limpenhoe. Initially the juvenile Rose-coloured Starling was 'lost' but the owners of The White House there kindly allowed us into their garden and Jus found it within minutes once we went around the back of the house. Several Fieldfares were chakking about plus a single Redwing, a distant flock of Pink-footed Geese got up and a male Marsh Harrier was over the marshes.

I parted company with Jus and Andy at this stage and decided to head to Carlton Colville where a little patience was rewarded with 2 Waxwings on Rectory Lane.

I finished the day at Kessingland North Beach where a Woodcock flew 'in-off' and a Common Buzzard flew through but there wasn't much else about.

The autumn is going out with a bang and another WP and UK tick! 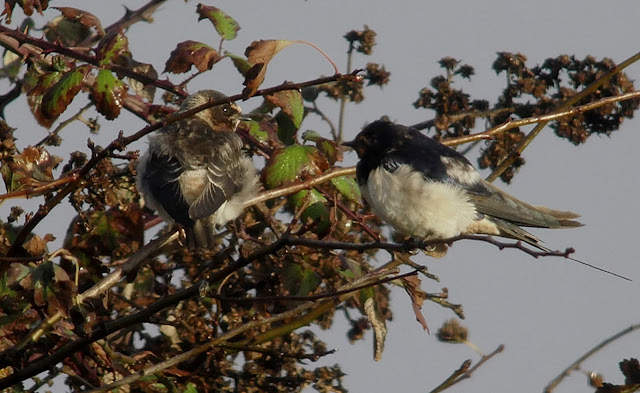 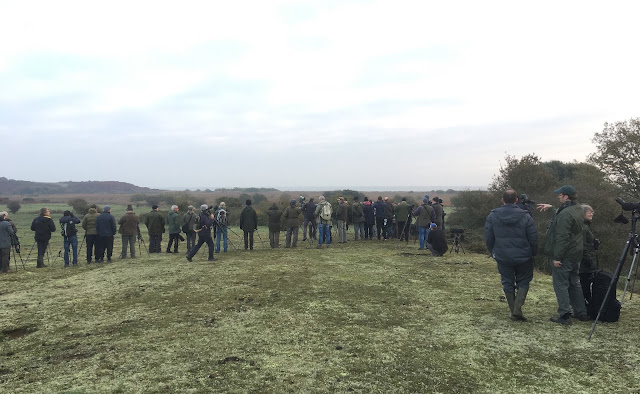 The twitch at Minsmere 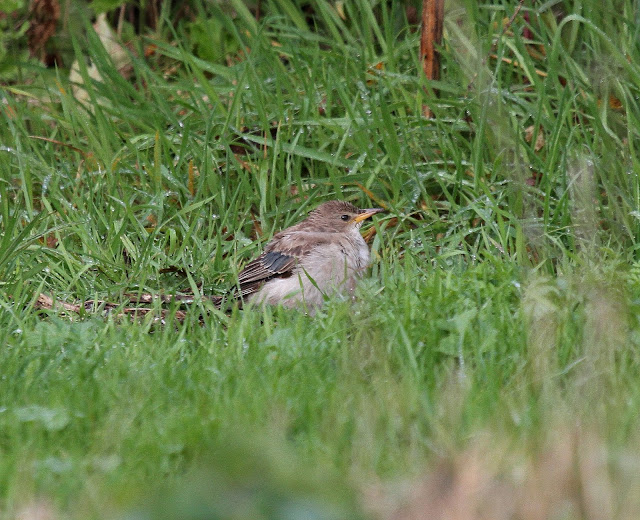 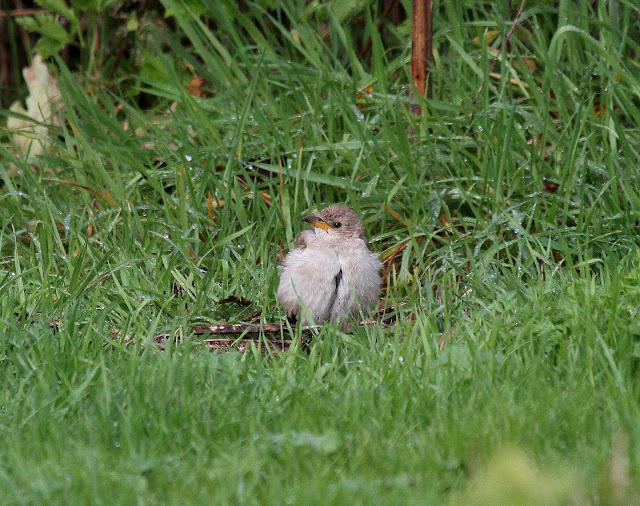 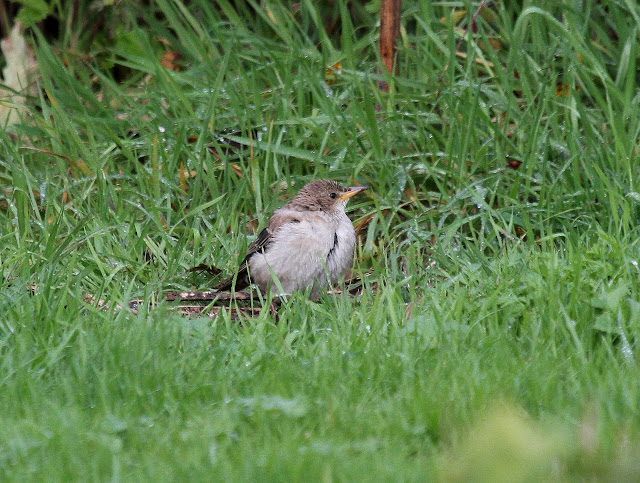 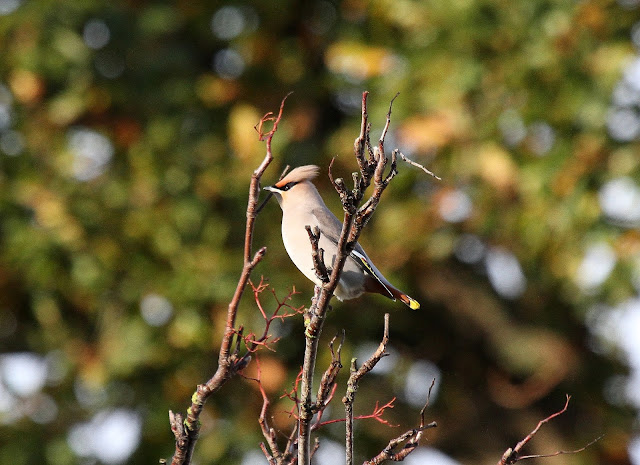 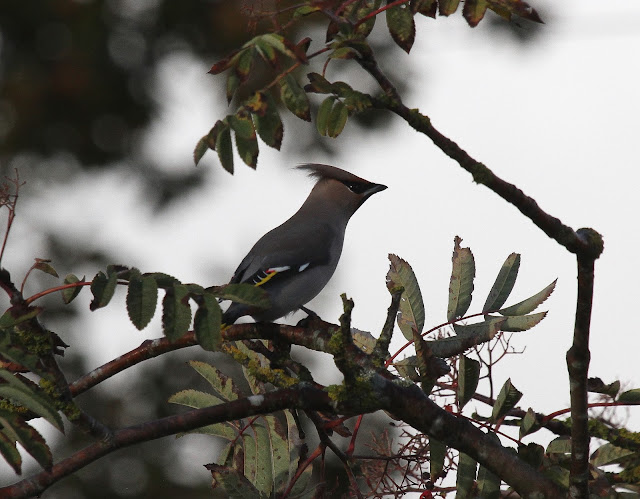 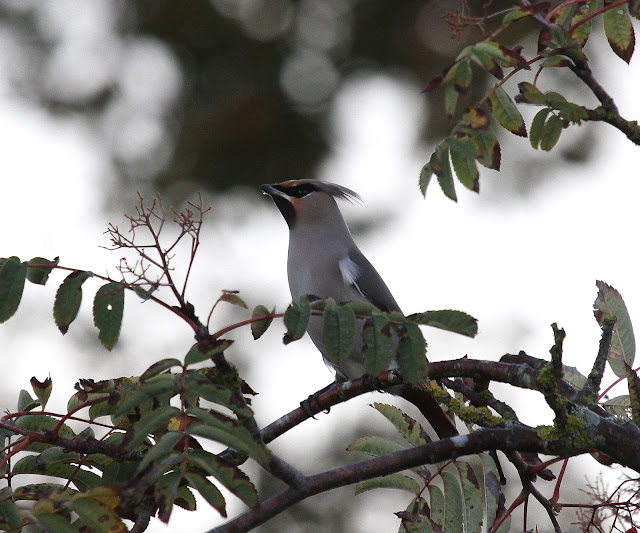 Waxwing, Carlton Colville
Posted by Chris at 20:13 No comments: