For anyone wanting to see high resolution copies of many of my best bird photos please visit my Flickr page which can be found here
If you wish to use any of these photos for non-commercial purposes please drop me a line. All I'll ask for is accreditation where you want to use it!

With a little time before an opticians appointment today I popped in to Bowthorpe Marsh on the west side of Norwich this morning. Initially it looked like the Great White Egret was missing so I donned my boots and went for a splosh across the marsh. The bird was found tucked away in a corner c300 yards west of Colney Church, presumably keeping a low profile due to the dog walkers that use the place every day! It gave some nice views and also flew up and down a couple of times. 3 Little Egrets were also about and a couple of fly-over Siskins was about it. 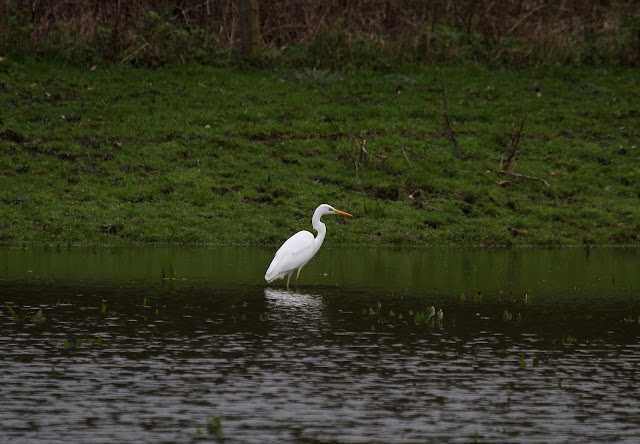 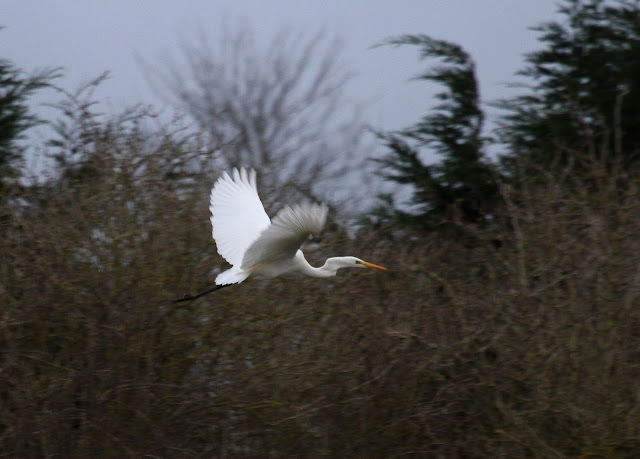 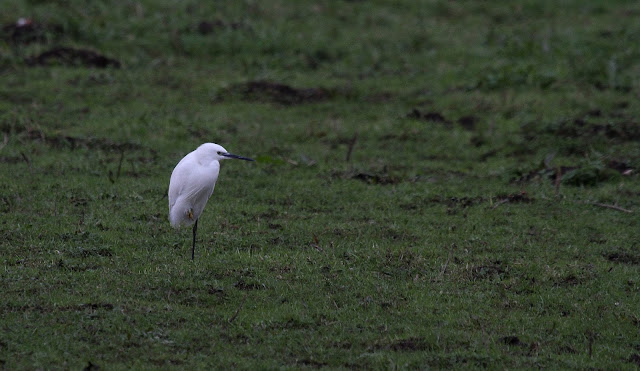 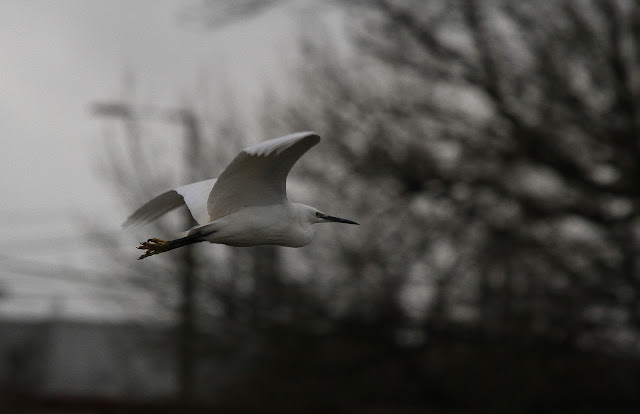 With nothing else locally that really took my fancy I headed over to Yarmouth today. It was a completely unplanned stop but as I drove over the Breydon Bridge I noticed the tide in and loads of waders on the lumps so popped in for a quickish look. The wintering Lesser Yellowlegs was nowhere to be seen and I have to say looking for 'needle in a haystack' birds like doesn't really float my boat! Still, the wader spectacle was worth the stop. I had 13 species - Curlew, Black-tailed Godwit, Bar-tailed Godwit, Lapwing, Golden Plover, Grey Plover, Ringed Plover, Knot, Avocet, Dunlin, Sanderling, Redshank and Turnstone. Good number of duck too including quite a few Pintail plus a Rock Pipit.

Moving to the seafront I initially spent a fruitless hour at the Waterside/Beaconsfield Rec/Wellesley Road area before wandering into town for lunch. As I walked back I bumped into the juv Glaucous Gull straight away on rooftops c300 yards south of Waterside. It then flew behind the buildings and I picked it up again on the pitch at Wellesley Football Ground. After I'd had my fill of it it would have been rude not to pay homage to the Mediterreanean Gulls on the beach near the Sealife Centre. Without walking more than a few yards I had c12 birds (c11 adults and a 2w). 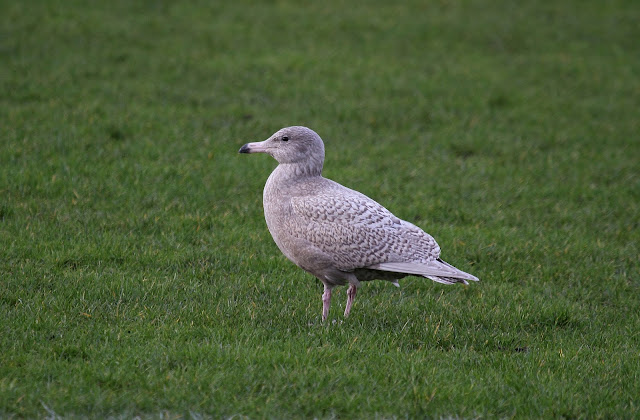 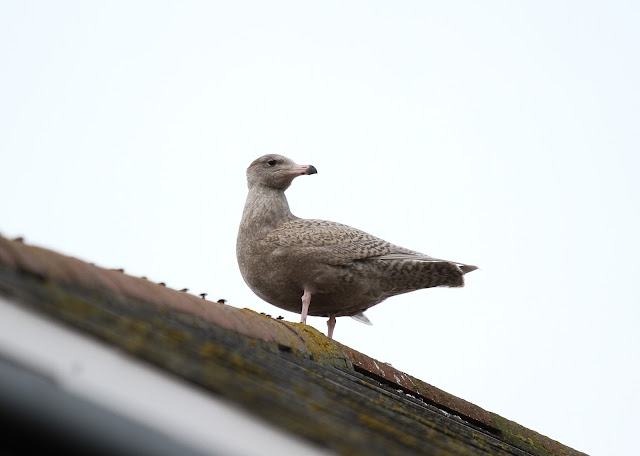 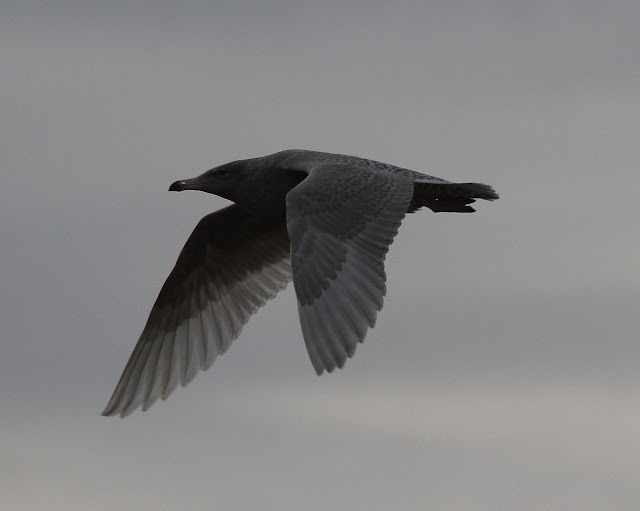 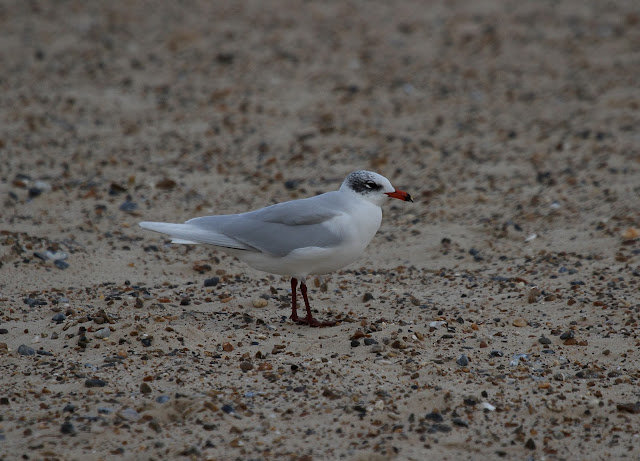 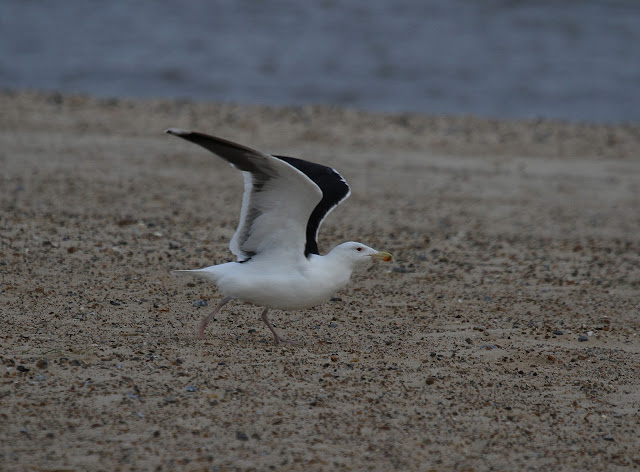 Siberian Rubythroat and Pine Bunting in the Netherlands - boom!

A truly epic Euro-twitch!
It's been a while since we've done a quick and dirty twitch to the continent (Dec 2014 in fact) but the lure of this beauty was too much.
With the channel tunnel at only £46 for a day return and the mega queues of the weekend having died down  to a trickle at the site Jus and I were up for it.
After a 01.23 tunnel and a 4 hour drive north to the village of Hoogwoud in Noord Holland (c20 miles north of Amsterdam) we arrived at the house to news the bird had already been see even though it wasn't yet light! Paying our 5 euros fee we quickly made our way upstairs to the balcony overlooking the garden and within about 10 minutes the male Siberian Rubythroat popped into view - wow! I don't often wax lyrical about birds but this bird was an absolute stunner, in the dingy conditions that metallic red throat positively glowed! Over the next 2.5 hours we filled our boots from both the balcony and looking down an pathway just outside the garden where the bird showed regularly under a laurel bush, on a lawn and on the path. Into the bargain a Siskin was flying around regularly, 6+ Tree Sparrows were in adjacent gardens and best of all for us Brits a Short-toed Treecreeper showed briefly but well in a tree right by where we stood. 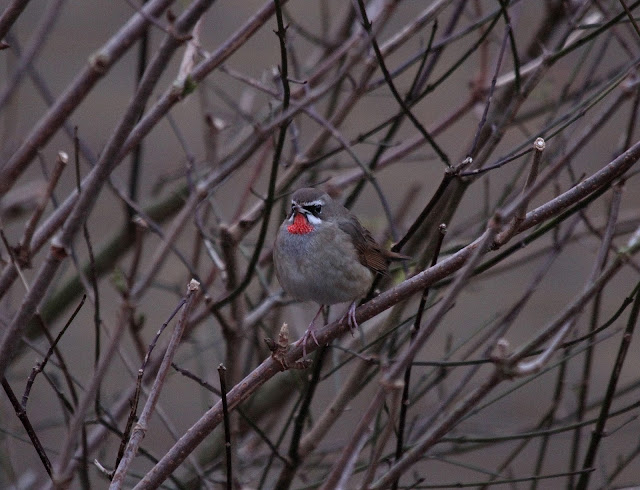 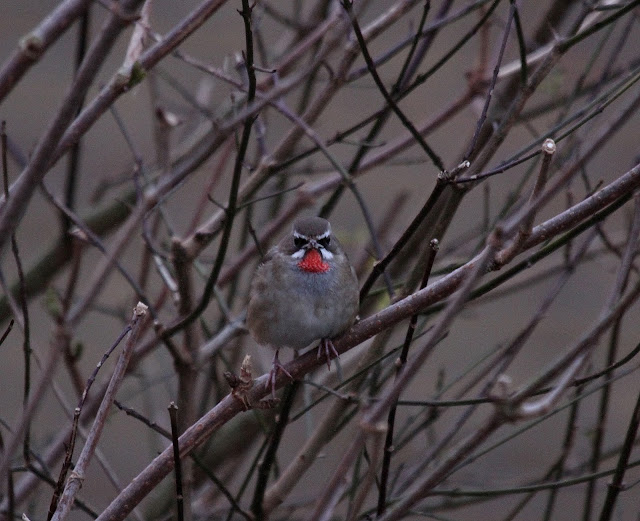 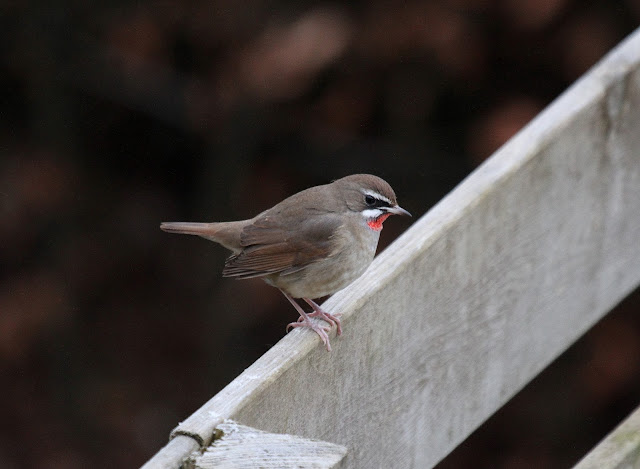 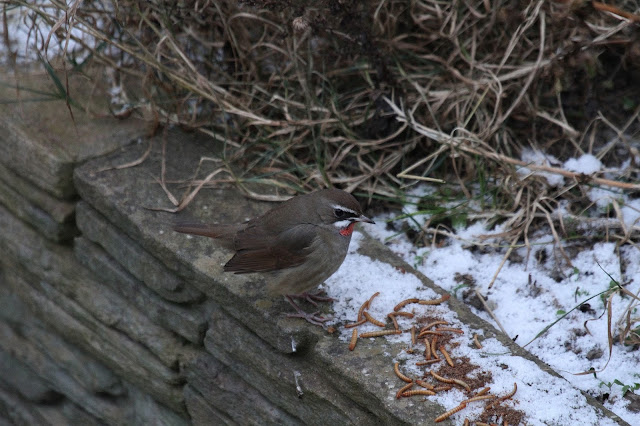 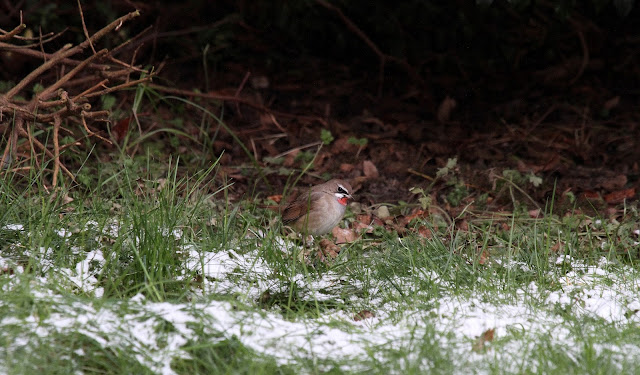 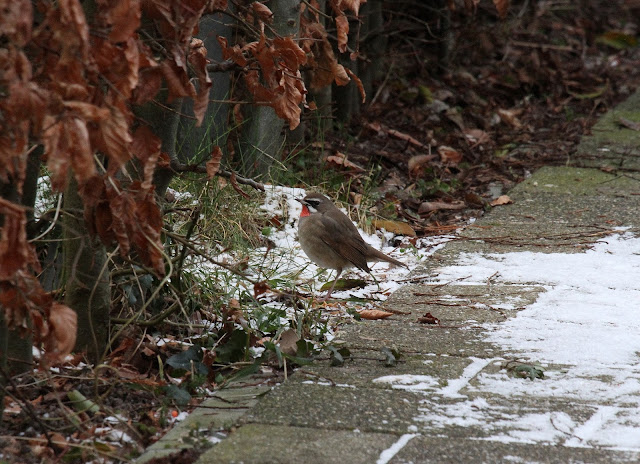 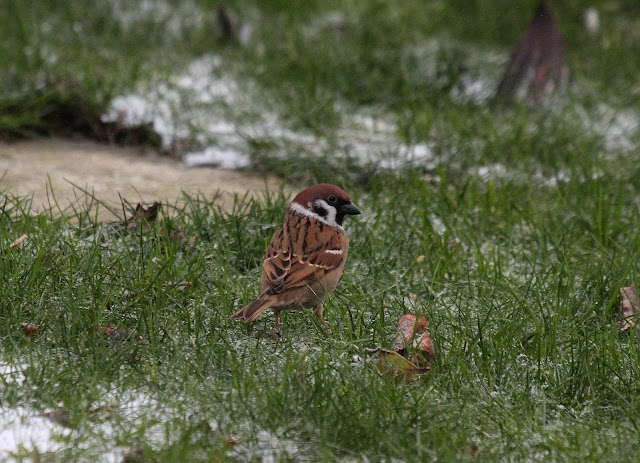 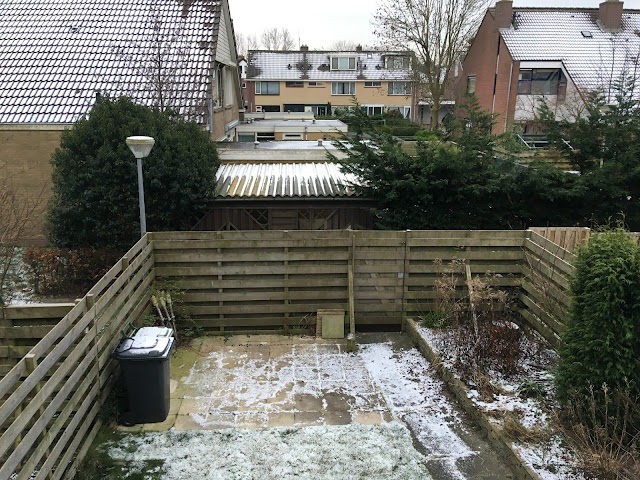 We eventually quit the scene and headed south through Den Haag and down along the coast. A Great White Egret and plenty of geese (Barnacles, Brents and White-fronts) were seen near Leiden before we arrived at Brounesdam, a harbour on one of the bridges linking the coastal islands. Unfotunately history was the repeat itself from 2014 as we failed to find Black Guillemot but Black-necked Grebe, Great Northern Diver, c5 Red-throated Divers, c40 Red-breasted Mergansers and a Kingfisher made it well worth the stop. We also clocked up 1 Common Scoter, 2 Goldeneye, loads of Eider and a Little Grebe.

Next up was another small harbour at Oosterscheldeking where our 2nd shot at Black Guillemot paid off with great views of a nice 1w bird in the harbour mouth plus a Slavonian Grebe, c8 Red-breasted Mergansers, Rock Pipit, another Kingfisher and a Common Seal on one of the pontoons. 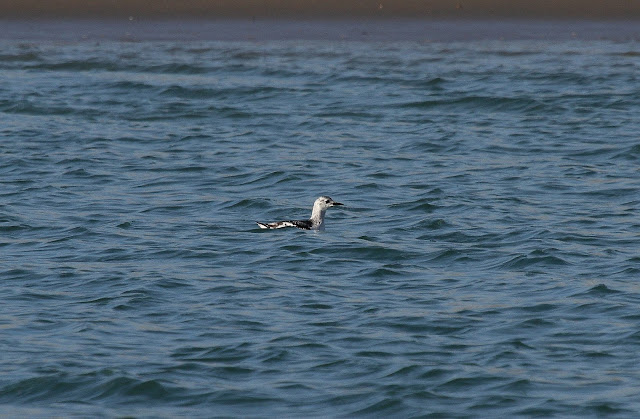 Last port of call was the beach on the edge of Wilhelminadorp just north of the village of Goes. Here the wintering female Pine Bunting gave us some wonderful views in grass and along the tide line in a small bay before memorably sitting on a fence post almost saying 'come photograph me'! Here we had our 3rd Kingfisher of the day. A single Great White Egret and a continuing stream of Common Buzzards (we probably saw 20+ all day) concluded things as we headed back towards Calais. 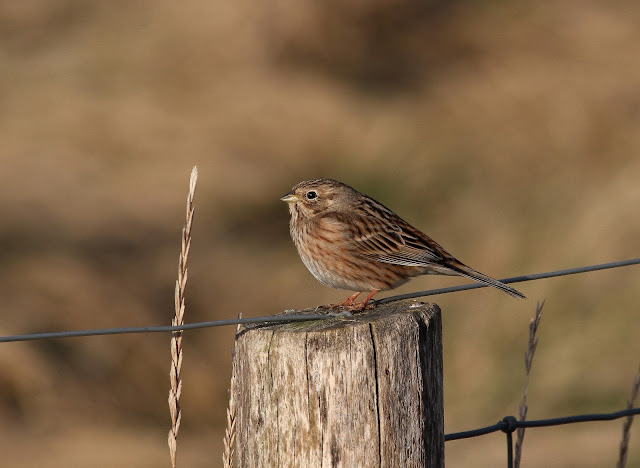 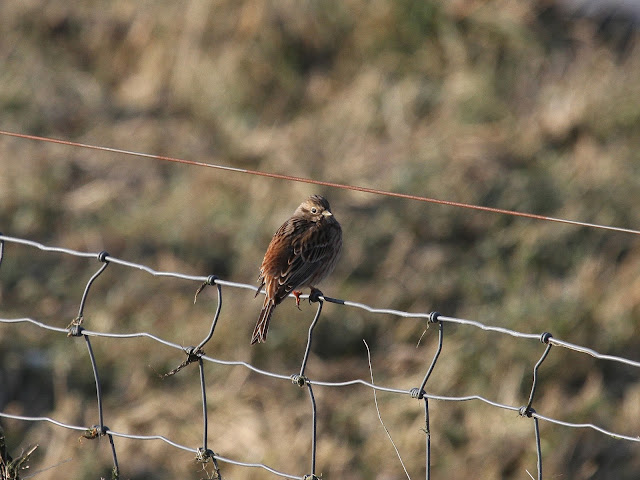 With Northern Harrier having just been split from Hen Harrier by the BOURC that was a nice addition to official Norfolk and British lists (I saw the birds at Thornham, Norfolk and Ouse Washes, Cambs) but I have just got another unexpected armchair tick.

Looking through my photos from Costa Rica in February 2014 there was one photograph I took of a hummingbird which was clearly labelled wrongly as Green-crowned Brilliant. Investigation led to me thinking it was probably an imm male Coppery-headed Emerald but even that didn't seem to fit exactly but then again nothing in either of the Costa Rica field guides (Stiles & Skutch and Garrigues & Dean) did either. Thankfully the Facebook page Bird ID of the World came to the rescue with it being identified as White-tailed Emerald.

My excuse is that the field guides are very misleading and my photo doesn't show the tail!

That brings my Clements World List total to 1837 with Borneo in March/April on the horizon which should add a few goodies. 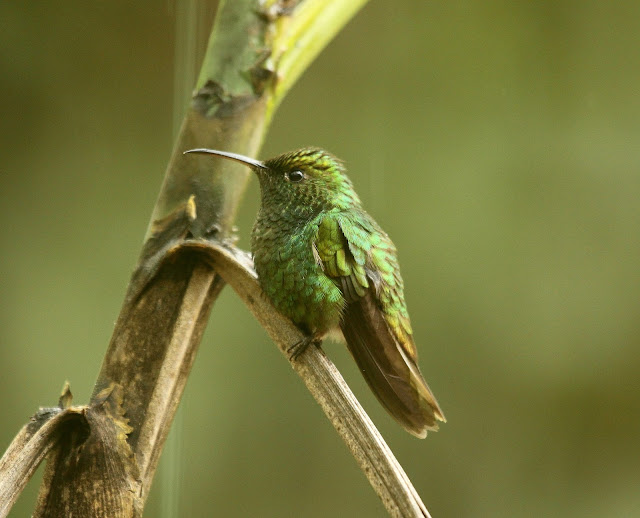 With the forecast good at last for a day I had free it was a whole day birding to finish the year off.

Leaving early I was at Abbey Farm, Flitcham just as the light was coming up. A 30 minute sit in the hide produced a couple of Common Buzzards and a nice ringtail Hen Harrier through but apart from the usual wildfowl nothing else to trouble the scorers. Back out on the lane I then joined a small group scanning the rolling fields to the north where we initially had c4 Common Buzzards, a male Sparrowhawk, a flock of c60 Linnets, several Bramblings and Fieldfare ,  large flocks of Pink-footed Geese heading out to feed for the day and then at 09.55 someone called the Pallid Harrier and it showed briefly distantly to the NW. About 45 minutes later I showed again for longer and better in the same area before once again going down in fields. It was nice to catch up with both Craig Shaw and Paul Varney there but with time getting on I quit the scene. A quick stop by the barns along the road gave me more Bramblings, Tree Sparrow and Grey Partridge. 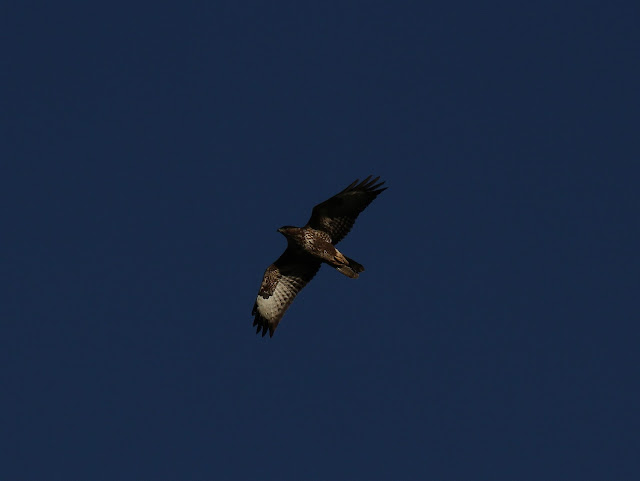 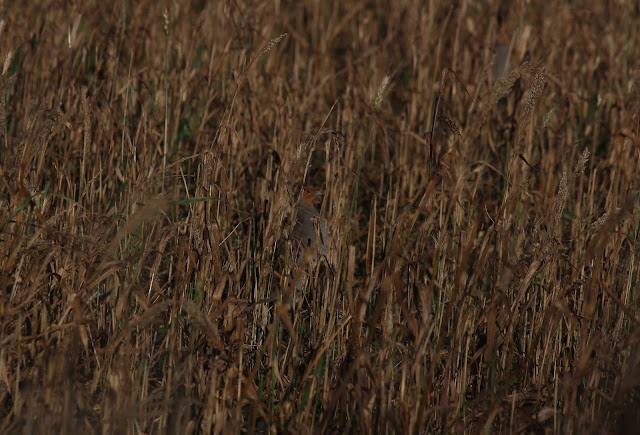 On to Holkham where despite having been seen earlier I failed with the Red-rumped Swallow. Plenty of Marsh Harriers there, 2 Barn Owls, a good flock of White-fronted Geese and of course loads of Pink-footed Geese. 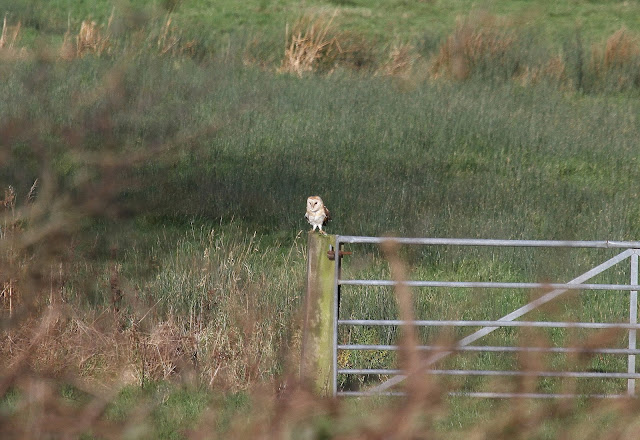 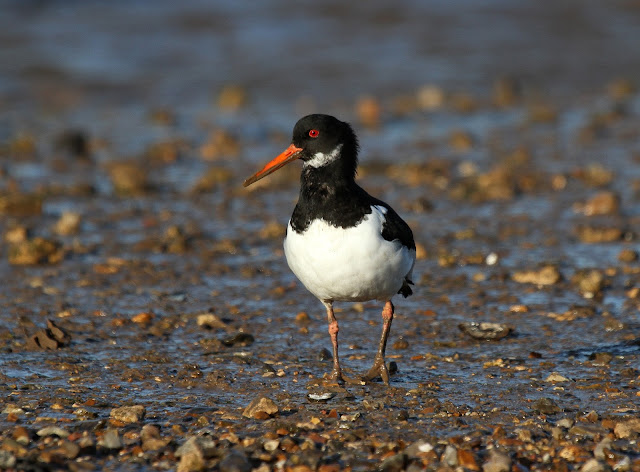 Choseley Barns were my next port of call and as I was conscious of the time gettign away from me. Luckily a superb 1w Rough-legged Buzzard showed quickly flying and perched on a hedge c400 yards SW of the barns. A real good lookingwhite-headed, dark-bellied individual.

A cut through the lanes and then the King's Lynn traffic took me to my final destination of the day, the Fisher Fleet in Lynn. After my failure here a week or 3 back it was great to clap eyes on the 1w Iceland Gull as soon as I got out of my van. 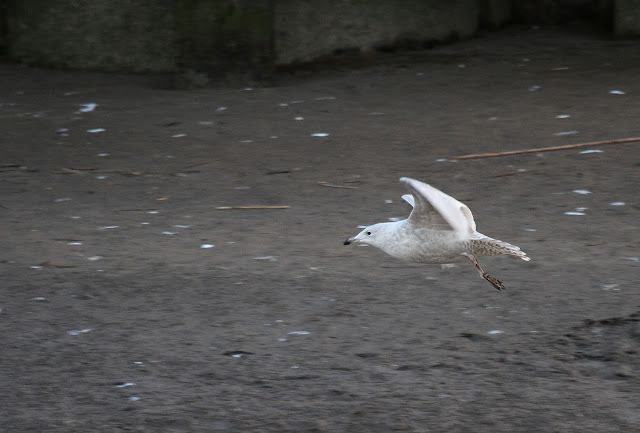 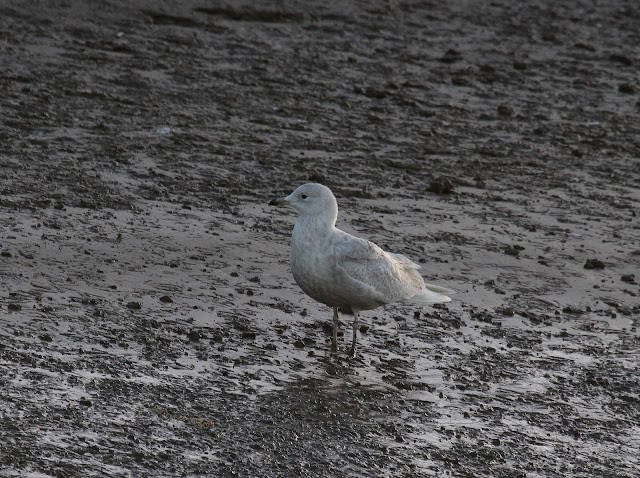 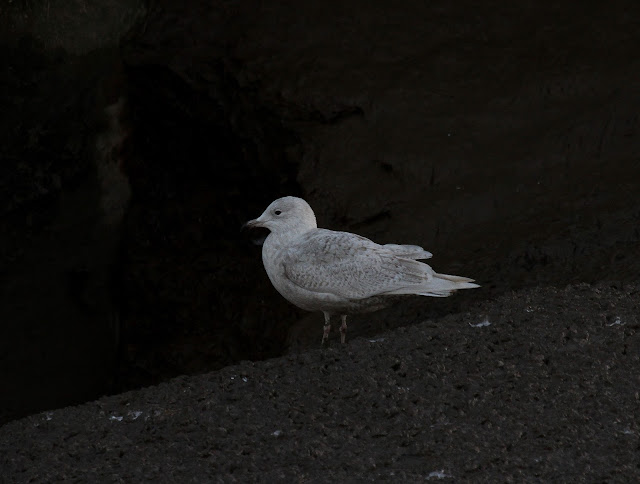 A great way to finish the year and judging by reports from today (1 Jan) quite a bit of what I'd seen hasn't been seen by the yearlisters today so for once I may have got it right!