The 24th July shall be forever known as 'Cassowary Day'!

First port of call on the one full day I had north of the Daintree River was the Marrjda Boardwalk. This loop walk through wet woodland and mangroves was quiet initially with just Spectacled Monarch, Little Shrike-thrush and loads of Spectacled Flying Foxes. Reaching the river I then picked up a nice Mangrove Gerygone and then turning back crossed a bridge to find a huge adult Southern Cassowary staring at me from beside the path! It stayed put for a while, knocking back a whole fruit at one stage before slowly wandering off through an open area. Back near the carpark a Spotted Catbird also showed. 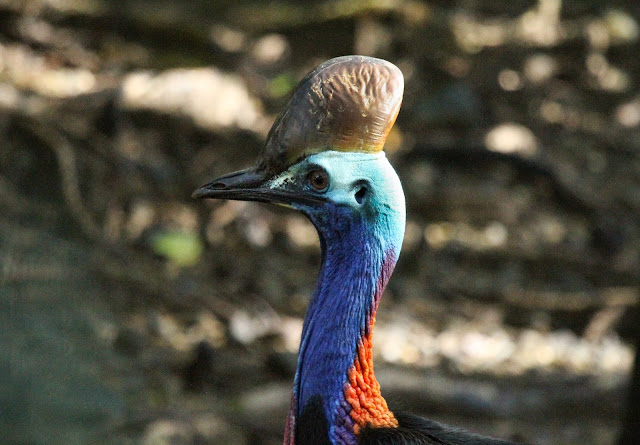 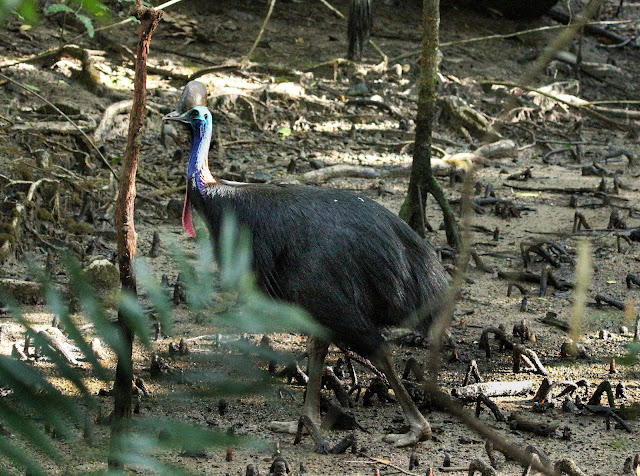 I stopped at Cooper Creek next and walked south along the beach to the mouth of the creek. There were no Beach Stone Curlews but 3 Red-capped Plovers were my first. The only other thing of interest was a single Intemediate Egret. 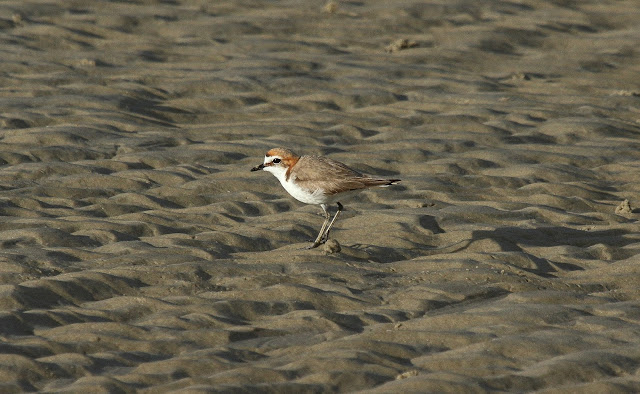 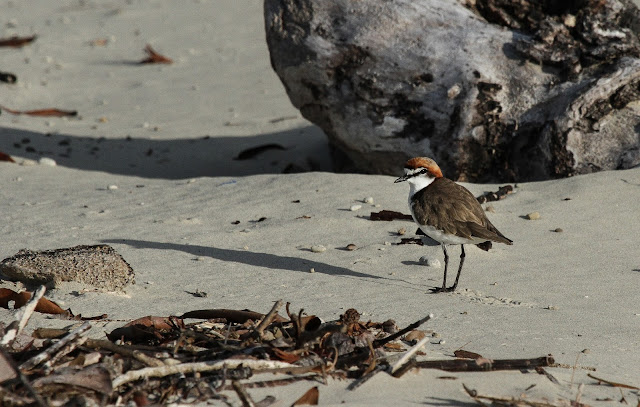 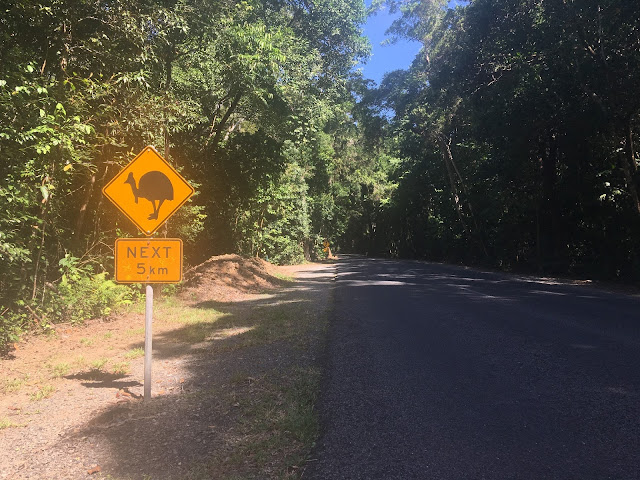 Next up was the Dubuji Boardwalk just south of Cape Trib. The area was rather busy with tourists and consequently birding was a struggle. I did manage to winkle out a lovely pair of Shining Flycatchers out though before I headed north of Cape Tribulation, scene of Captain Cook's shipwreck. The beach here was a little quieter but the north end looked deserted so that's where I headed. Along the beach a Lace Monitor was lurking in vegetation and an Eastern Osprey flew south while I was looking at a solitary dark Pacific Reef Egret. Reaching the north end I then hit gold - my much-wanted Beach Stone Curlew! It didn't disppoint either, what a bird. Especially one that allowed me such close approach! A flowering bush there also held a good variety of butterflies. Also in the general Cape Trib area I recorded Australian Swiftlet, Collared Sparrowhawk, White-bellied Sea Eagle, Brahminy Kite, Rainbow Bee-eater and Black Butcherbird. The chicken and avocado sandwich at the Cape Trib Stores cafe was rather good too and also a good spot to stock up on beers at their bottle shop! 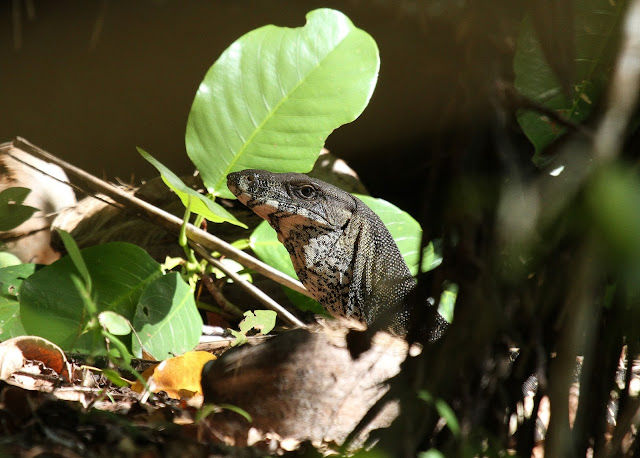 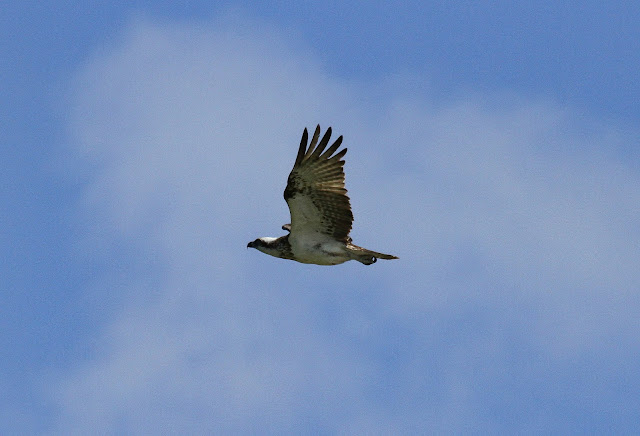 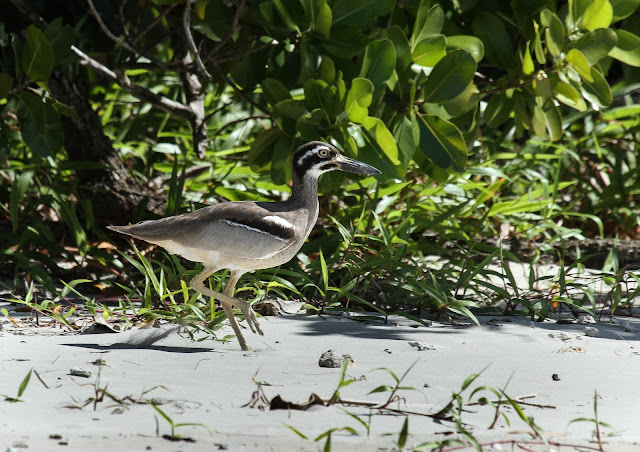 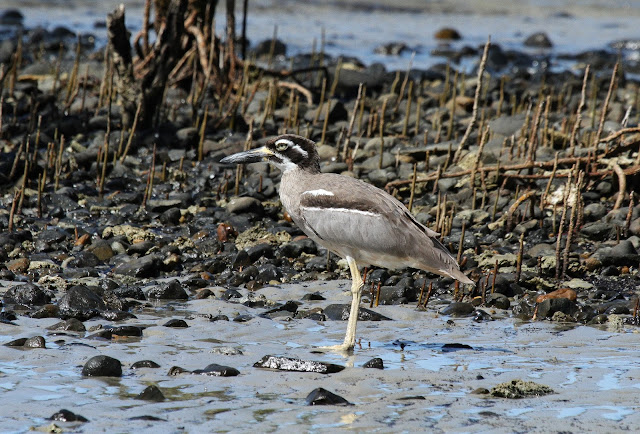 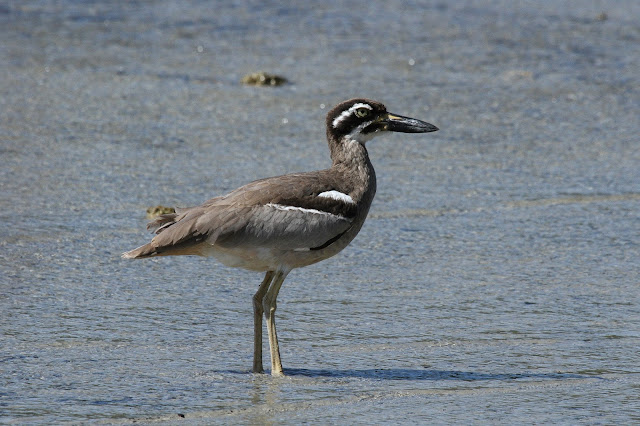 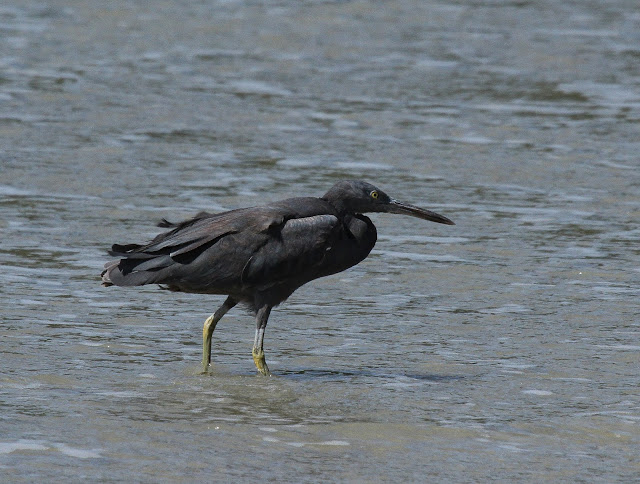 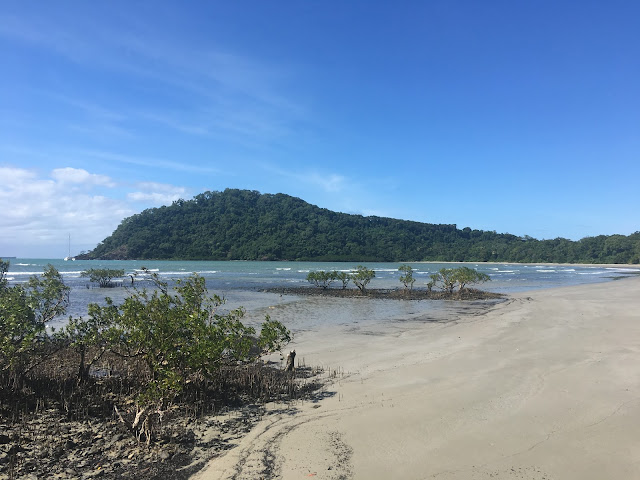 Driving back south I passed the entrance to the Daintree Wilderness Lodge and had to slam my brakes on as another Southern Cassowary was feeding on their grass! By the time I left it quite a crowd of tourists had gathered to look as they'd seen me with my camera! 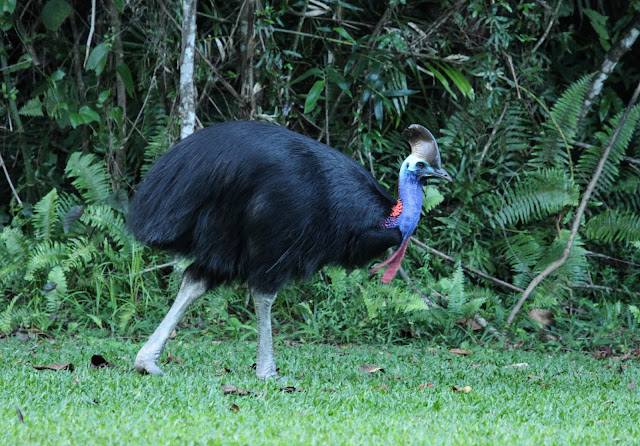 
After popping back for a coffee I then finished my day with a walk along the Jindalba Boardwalk just south of Lync Haven. Wompoo Fruit Doves were in evidence with c4 feeding high in the canopy and I also added 2 Large-billed Scrubwrens. At nearby Cow Bay I just had Scared Kingfisher for my troubles.