This was a day I'd been looking forward to - a day of guiding with Carol Ilkes from Kingfisher Park. The main focus of the day was Mount Lewis but the morning dawned wet and foggy so until the weather cleared we made good use of the morning visiting a few local sites.
Clacherty Road produced a our first few goodies after a very quiet start - a Wompoo Fruit Dove literally flew down, posed for my camera and then flew off! On the opposite side of the road a mega White-eared Monarch showed nicely in the tree tops and we also had Brown Cuckoo-dove, Brown Gerygone, Pacific Emerald Dove, 2 Barred Cuckoo Shrikes, Rufous Fantail and 2 Grey Whistlers. At another site nearby in some private forest Carol managed to call in a much wanted Chestnut-breasted Cuckoo. Until recently this species was thought to be restricted to the Cape York Peninsular but has now been discovered in very small numbers in this area so this was a major scoop! In the same small area a Little Bronze Cuckoo was also seen.
A small wetland at McDougall Road gave me another tick with 5 Grey Teal plus Comb-crested Jacanas and a nearby fish farm had Australasian Pipit, another lifer, plus Golden-headed Cisticola.
Just before lunch we checked a small track opposite Sides Road and within just a few minutes had scored with a single Blue-faced Parrot-finch! As Carol said theses are so rare and difficult many Aussie birders still haven't seen one! Also there were 2 Bridled Honeyeaters making a racket in the treetops.
We retreated back to Kingfisher Park to grab a quick sandwich before hitting the slopes of Mount Lewis. 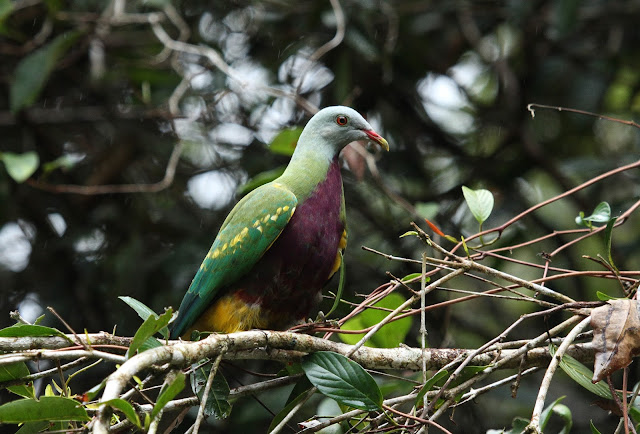 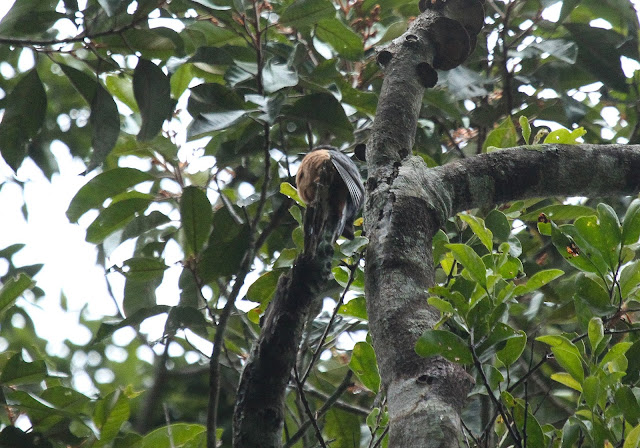 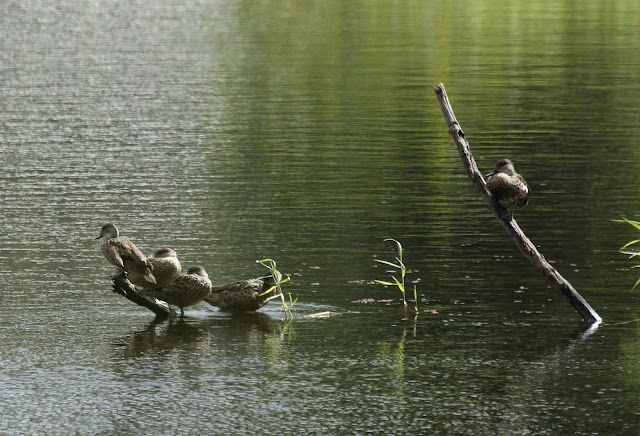 The track up Mount Lewis was nowhere near as bad as I'd feared so it was quite a relaxed drive up. En-route a Victoria's Riflebird blasted out as we passed. Reaching the clearing which is as far as you can drive we paused for a coffee and cake whilst filling our boots with some great views of Eastern Spinebill, Atherton Scrubwren, Mountain Thornbill and the very dark ssp keasti of Grey Fantail which occurs only at these high altitudes. We then dived into the dark forest on the track that leads left from the clearing and eventually ends at a small dam/lake. We took out time along the track and boy did it pay off. Yellow-throated Scrubwren was first up with Atherton Scrubwrens a frequent distraction. Then we hit gold, quite literally with 2 Golden Bowerbirds high up in the canopy with a Tooth-billed Bowerbird for company! Carol had warned me we had virtually no chance at Golden Bowerbird this early! A group of c10 lovely Chowchillas moved across the track completely pre-occupied with their foot-scraping feeding. Only one of the targets eluded us and even that eventually fell just before we reached the dam - Fernwren. These birds take skulking to a whole new level inhabiting the darkest parts of the forest floor and moving mouse-like through the leaves. Other birds we noted on that memorable afternoon were c8 Topknot Pigeons, Spotted Catbird, c6 Bridled Honeyeaters, 2 Golden Whistlers, Little Shrike Thrush, 2 Varied Trillers, c6 Grey-headed Robins and then back at the clearing White-throated Treecreeper, 2 Lewin's Honeyeaters, 2 Mistletoebirds and finally a fly-over Collared Sparrowhawk! Non-avian highlights included several Musky Rat Kangaroos and an Eastern Water Dragon.
We had essentially cleaned-up!

I'd thoroughly recommend Carol as a guide. For us poor Brits not used to Australian prices it's quite steep at $260 for the day but it was a good long day (07.30 - 18.00), she's a great birder who knows all the calls and sites, is amusing company and cooks a mean date and ginger cake! 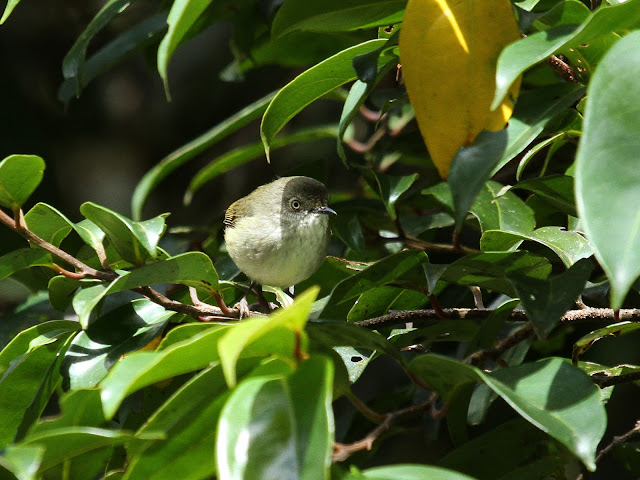 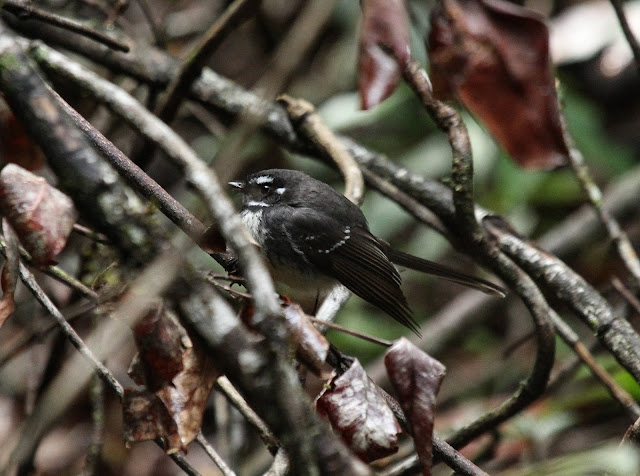 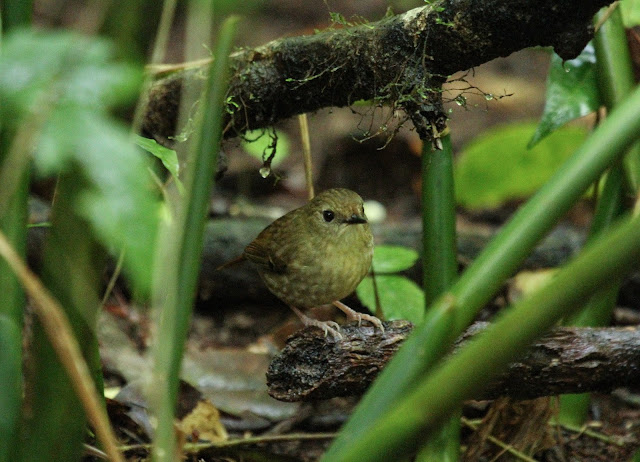 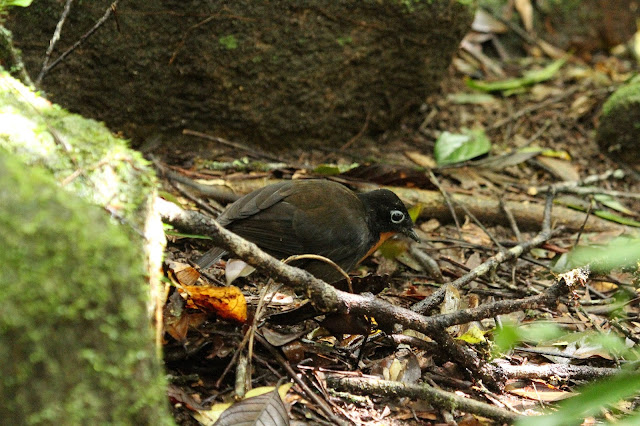 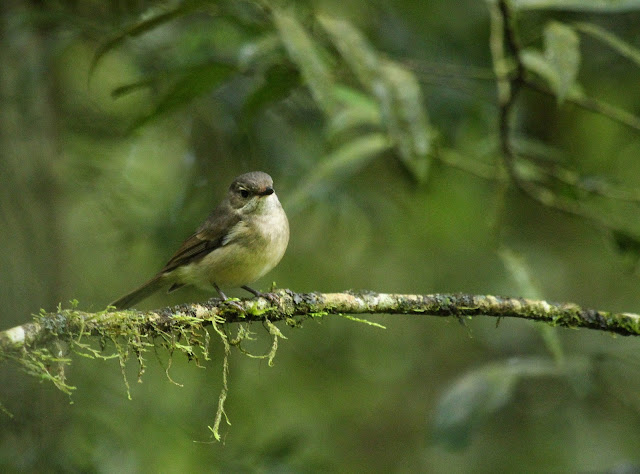 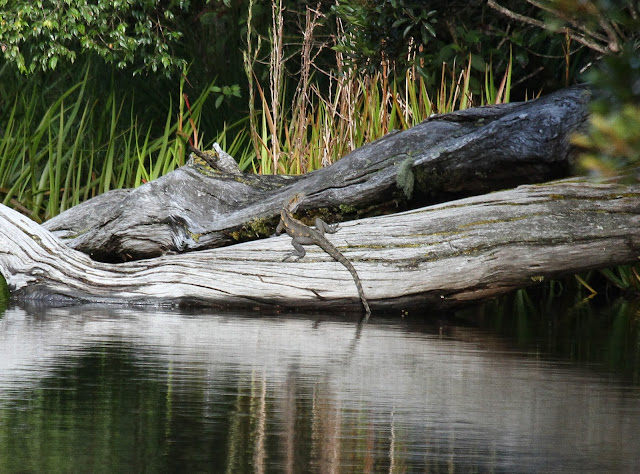 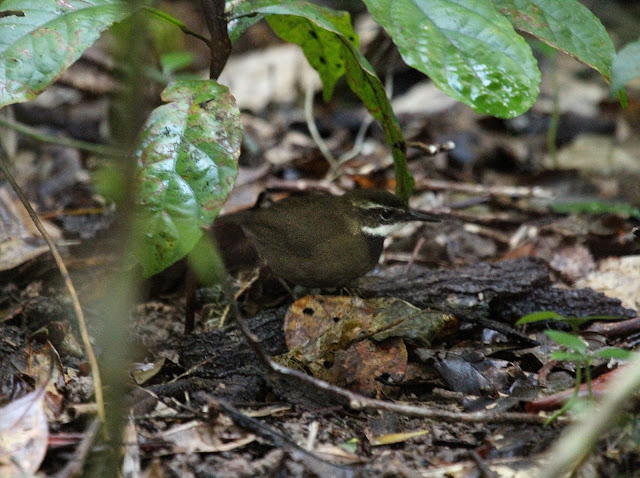 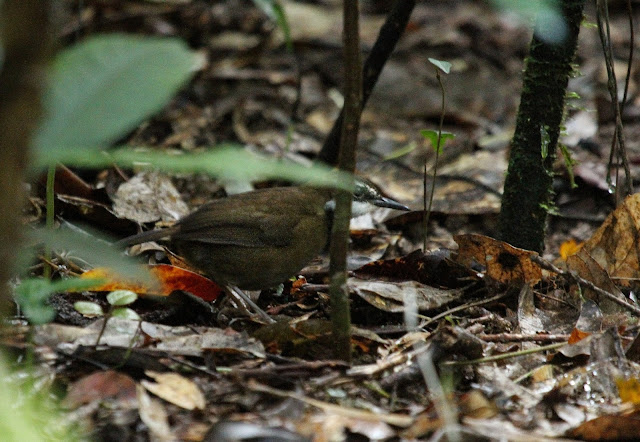 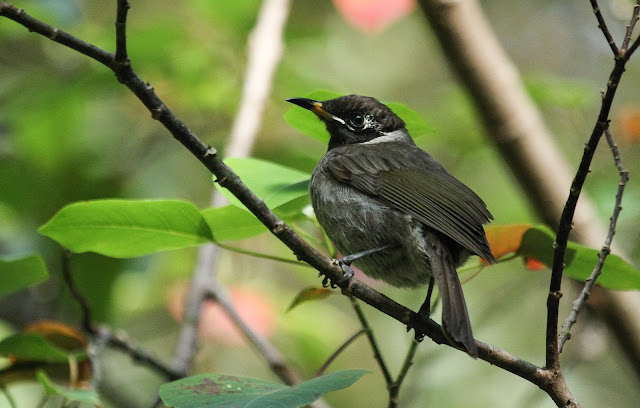 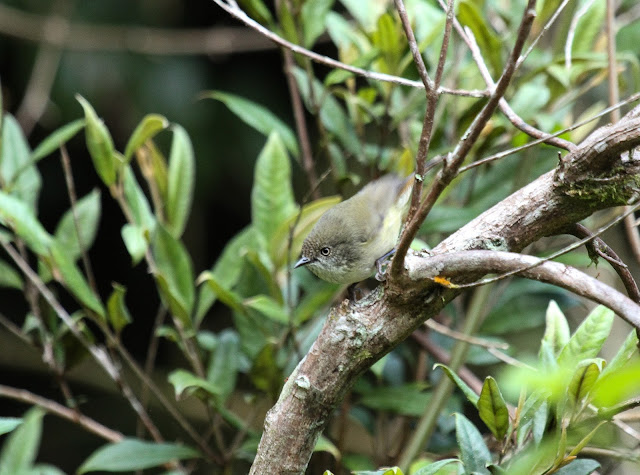 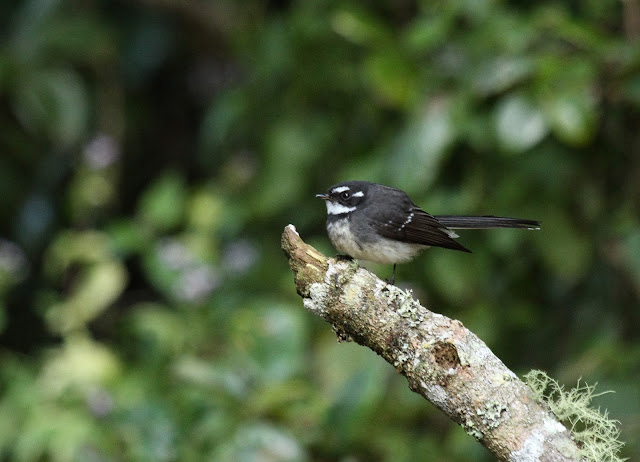 
Back at Kingfisher Park the best birds seen during the day were 2 Large-billed Scrubwrens and Scarlet Honeyeater
Posted by Chris at 13:31