The serious birding really started today after a decent nights sleep in the love wagon!

I was up and out early and onto the Black Mountain Road north of Kuranda village. Despite a bit of logging traffic the birds soon started to flow as the sun gradually rose to light up the forest. A Chowchilla called on the drive up but wasn't seen. Brown Cuckoo-dove and Pacific Emerald Dove were first up, sharing the same tree. Continuing the dove theme a total of c6 of the curious Topknot Pigeon were seen including one that sat around for a photo. Noisy Sulphur-crested Cockatoos were making their early morning movements. A little further up the road in a clearing looked down into from the road a superb male Victoria's Riflebird was on it's perch and briefly joined by a Satin Bowerbird. Honeyeaters were represented by my first Macleays's Honeyeater and Lewin's Honeyeater. Rufous Fantail, Silvereye, Spotted Catbird and 2 Pale-yellow Robins were added before I headed further up to a more open area of felled forest and scattered belts of trees. Here Varied Triller and Shining Bronze Cuckoo showed nicely. 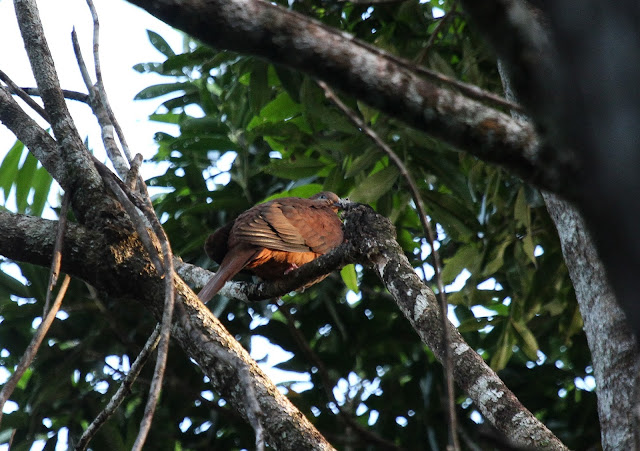 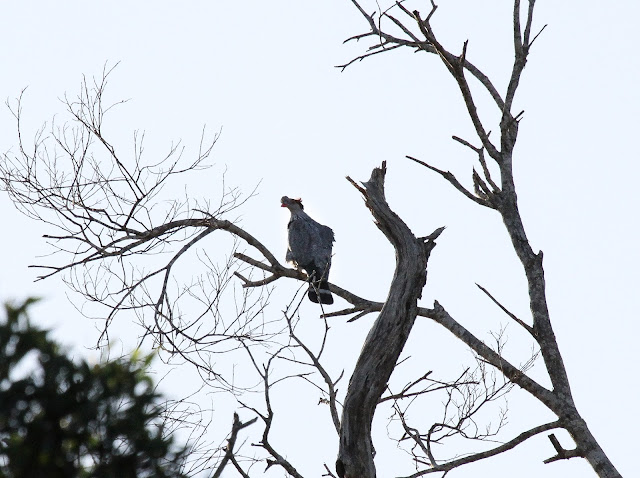 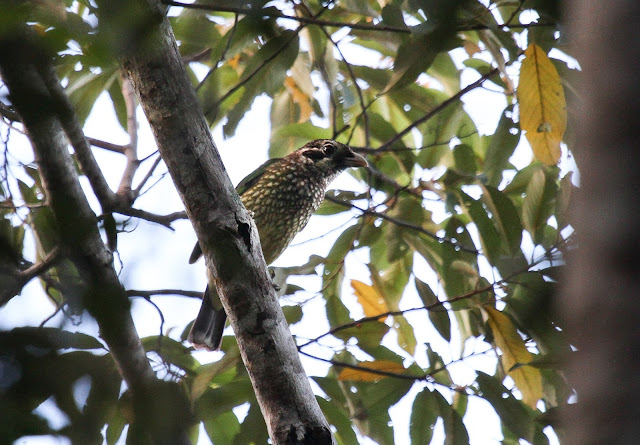 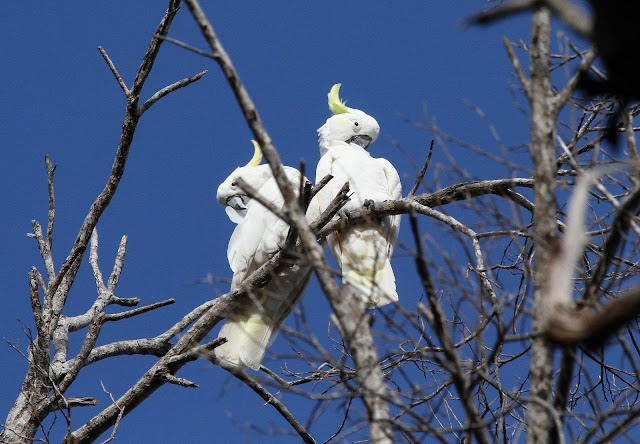 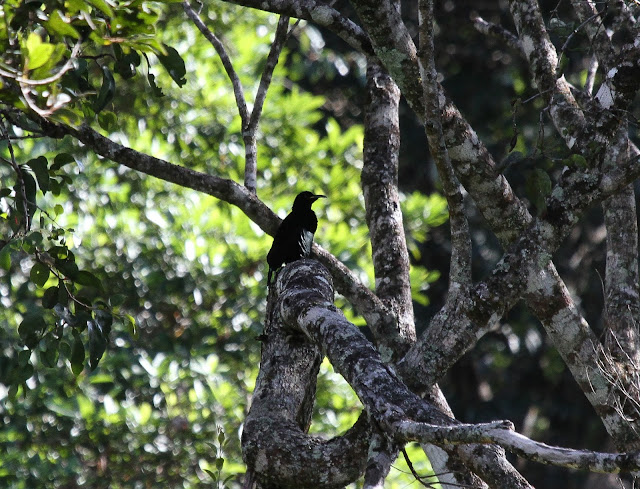 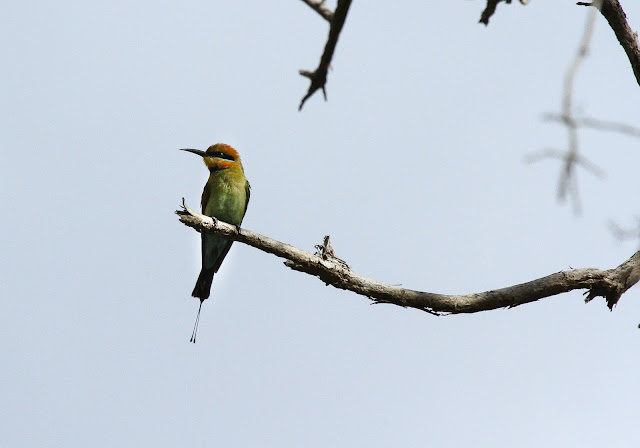 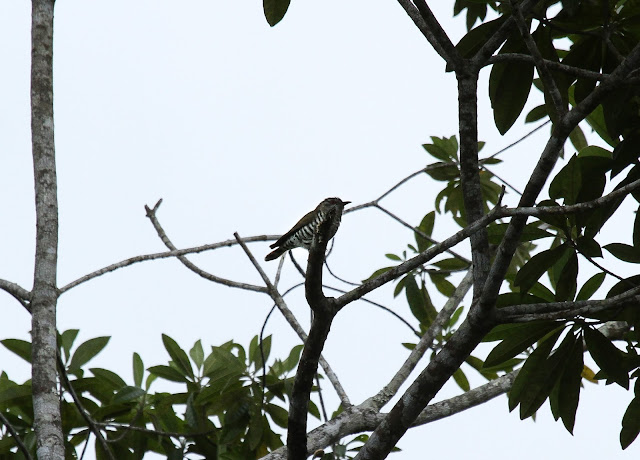 By mid-morning things were slowing down a bit so I headed down into Kuranda Village for a coffee. This a rather a touristy village with a vibe like a miniature Camden Market but a wander around still revealed a few good birds - Olive-backed Sunbirds, Helmeted Friarbird, loads of Australian Figbirds, Varied Triller, Eastern Spotted and Bar-shouldered Doves, Australian Swiftlets and best of all 2 fly-over Double-eyed Fig Parrots (although I still wanted them perched!) 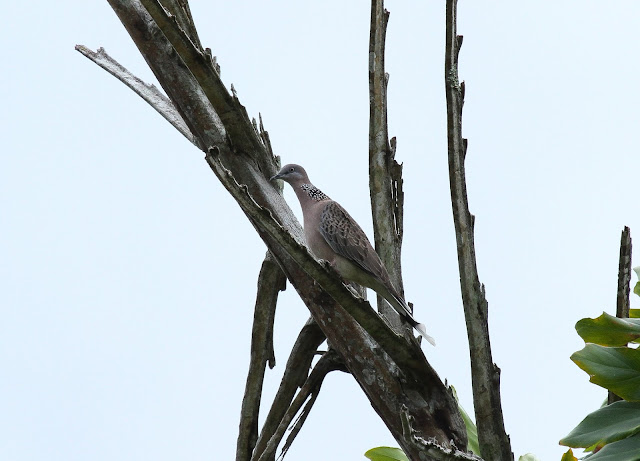 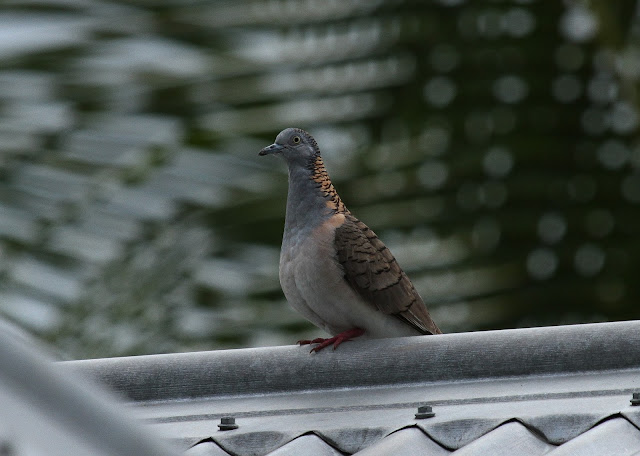 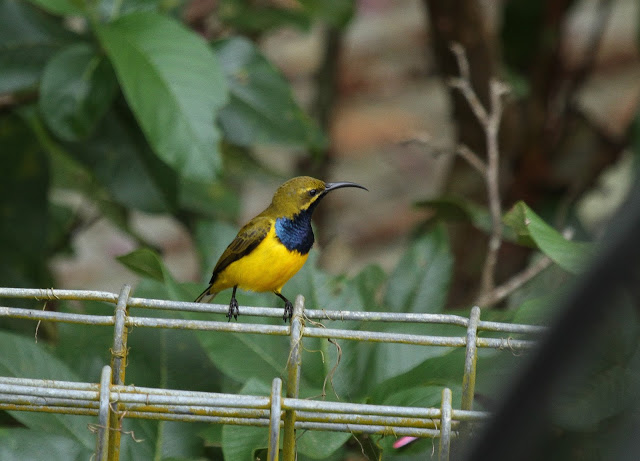 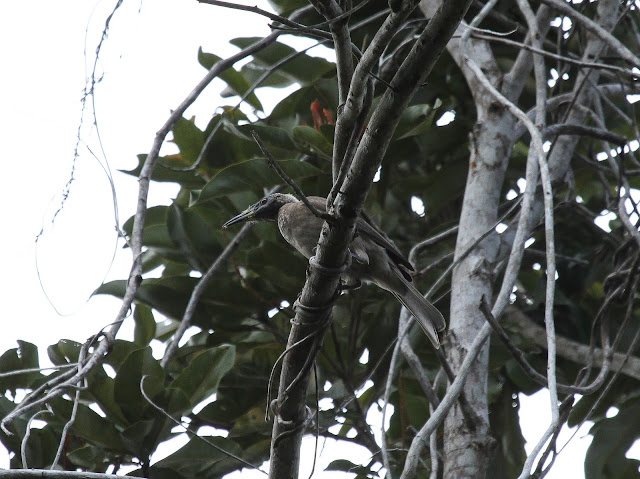 Back at Kuranda Rainforest Camp a Black Butcherbird was a nice surprise by the camp kitchen while I grabbed some lunch and decided to head down the winding road to the coast and Cattana Wetlands for the afternoon. 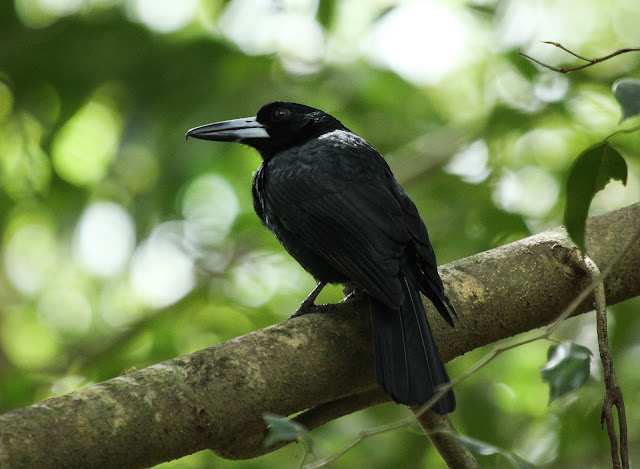 Cattana Wetlands was a great place to spend a few hours and a different habitat type to boost the species list. Almost as soon as I arrived a Brown Goshawk flew through as I began a long walk around all the lagoons. Green Pygmy Geese were very eveident as were Comb-crested Jacanas and Little Pied Cormorants. Also around the pools were a couple of Australian Grebes, c6 Intermediate Egrets, Australian Darter and a Striated Heron. Passerines included a Brown Gerygone, Leaden Flycatcher, Broad-billed Flycatcher and Scaly-breasted Munias while Welcome Swallows were a constant theme. 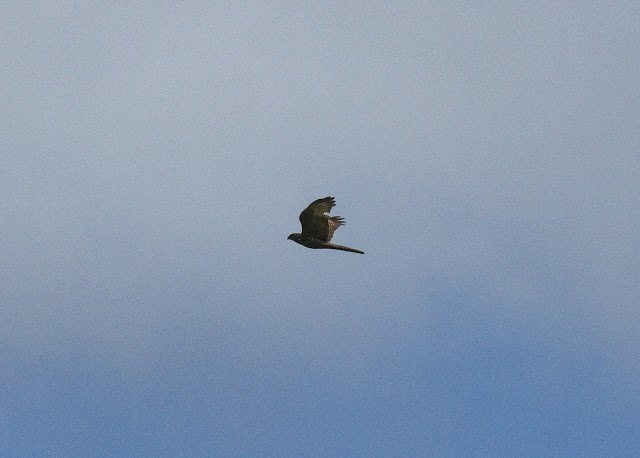 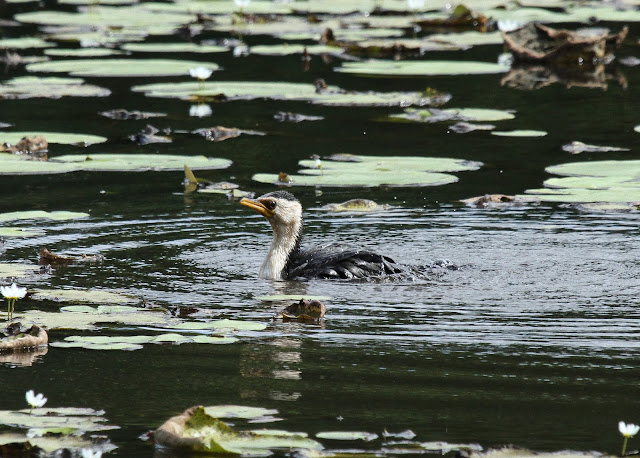 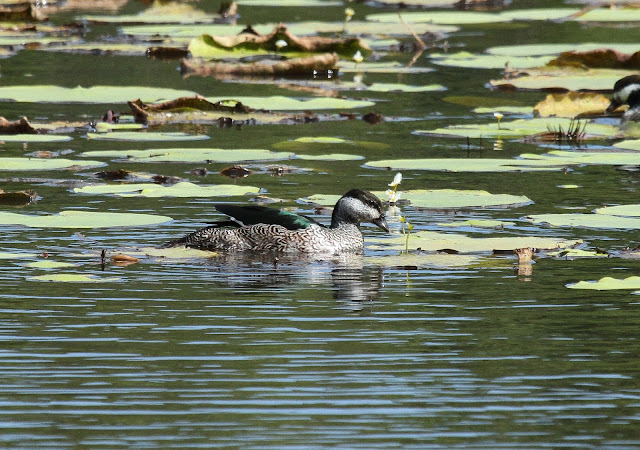 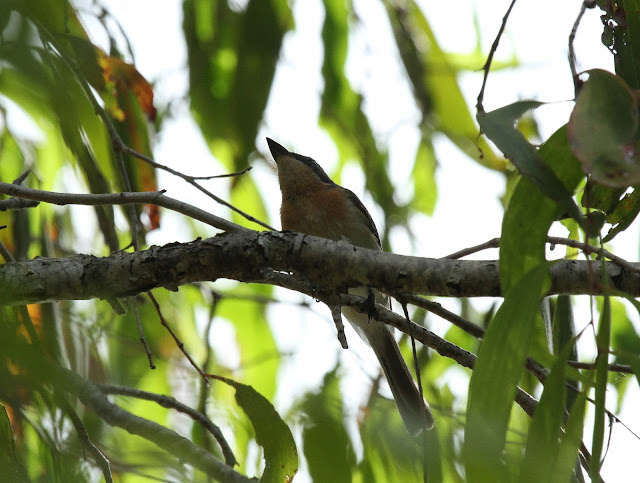 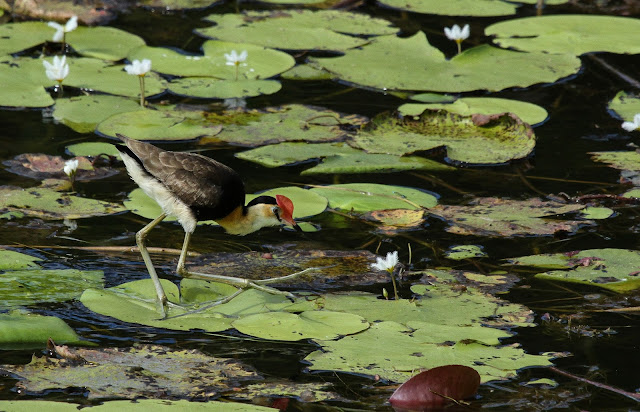 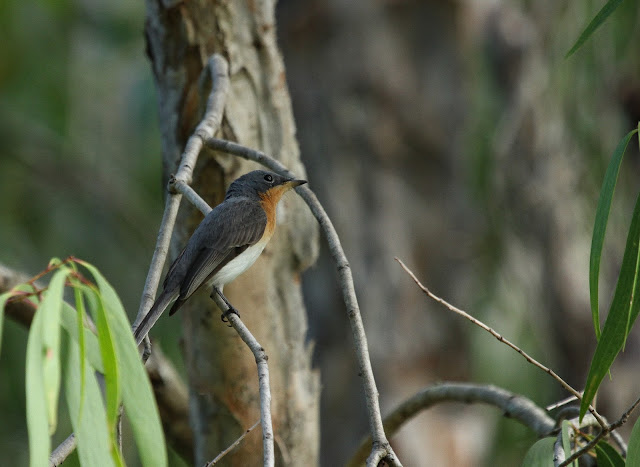 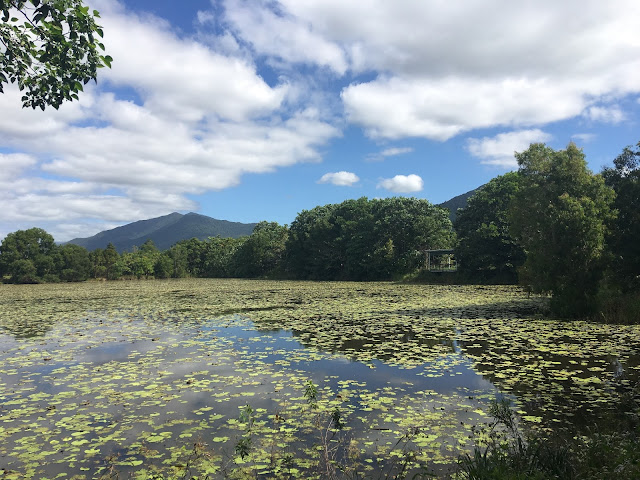 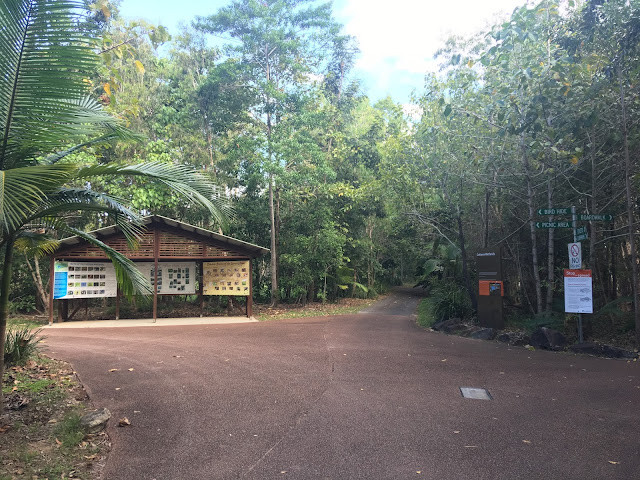 In the dying embers of light back at Kuranda Rainforest Camp I wandered down their walking trail which leads to a railway line. A Pacific Emerald Dove showed really nicely with a Yellow-spotted Honeyeater and Spotted Catbird nearby. Down at the track my first Spectacled Monarch and Rufous Fantail were fitting ends to a lovely day. I felt like the trip was well and truly 'on'!

An evening drive down into the village and it was shut and dark. Nonetheless I eventually found a chippy open next to the garage with a Bush Stone Curlew running around outside! 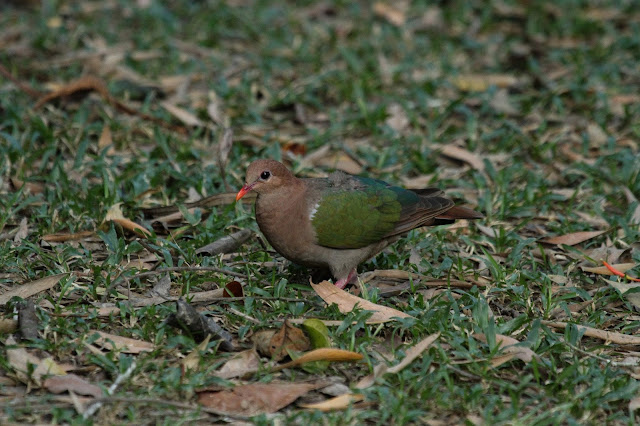 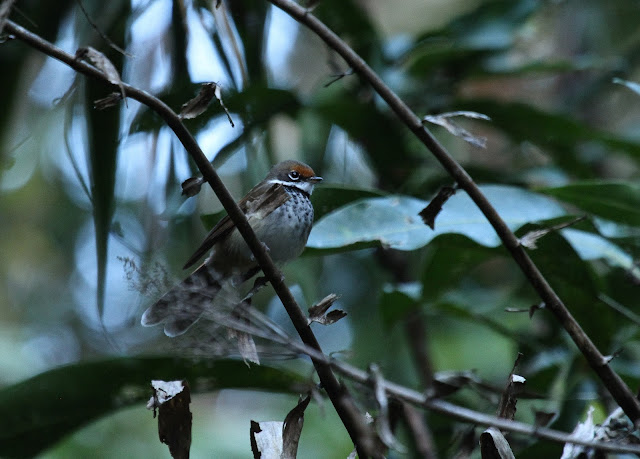 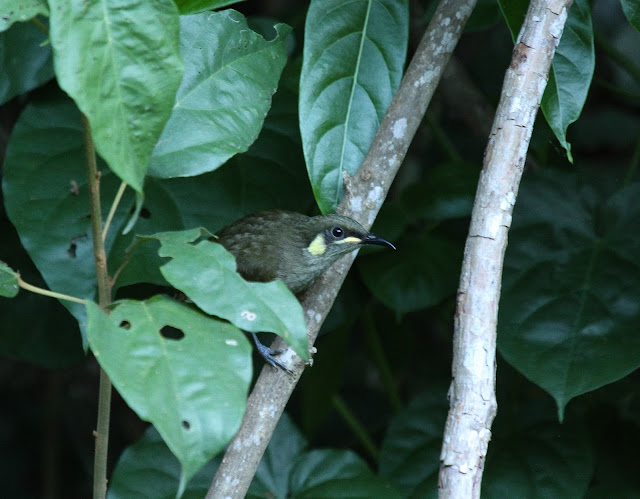 Yellow-spotted Honeyeater
Posted by Chris at 18:25