Today was the day I headed north up to Daintree but I had a few places I wanted to visit on the way.

It would have been a shame not to pay a visit to the scenic Baron Falls near Kuranda so my early morning walk was down the boardwalk trail from the carpark to the viewpoints.  Being really early there wasn't a soul around which was lovely. The birding revealed a nice showy female Victoria's Riflebird, Spotted Catbird, 2 Orange-footed Scrubfowl, Spectacled Monarch and a couple of Dusky Honeyeaters back by the carpark but the light was pretty awful for photos! An ultra-quick look at Wrights Lookout nearby didn't get me anything so I headed down the winding from from Kuranda down to the coast. 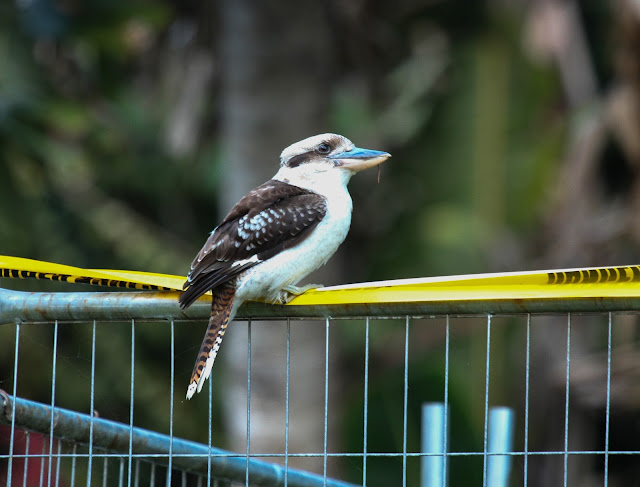 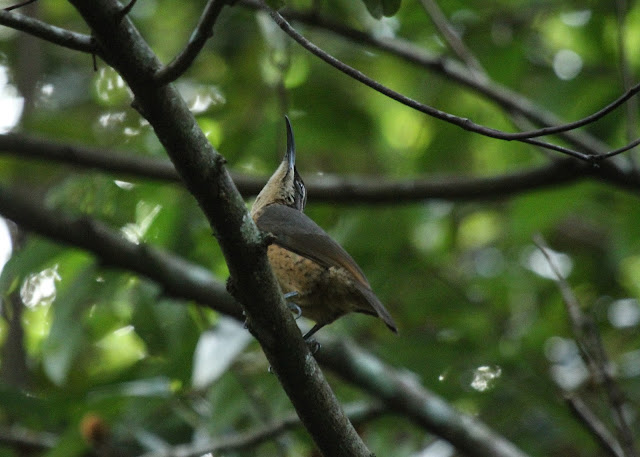 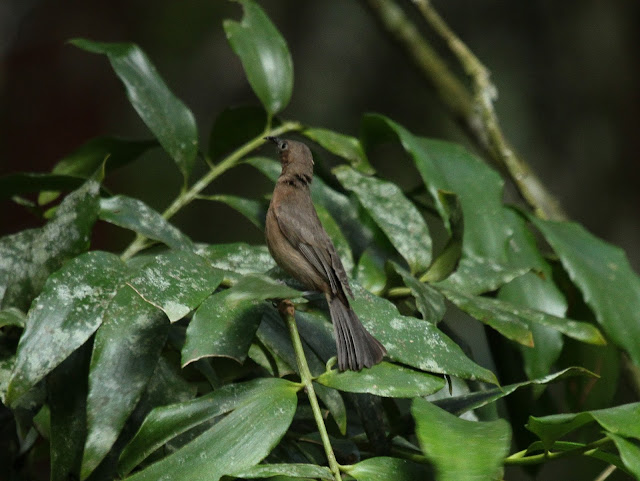 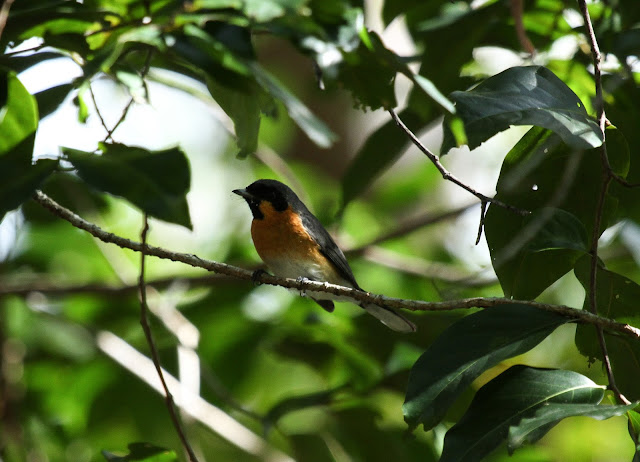 Down on the coast I went to the marvellously named Yorkey's Knob next. At the Half Moon Golf Course I found the so-called wetlands to be just an ornamental lake with nothing on it so I headed around the edge of the GC and along to the river mouth. It was la long walk with birds few and far between but with 2 White-faced Herons and 2 Radjah Shelducks were seen in flight by the river, a fly-over Pacific Baza, Spangled Drongo, a flock of Scaly-breasted Munias and 2 Scaly-breasted Lorikeets it's difficult to complain. On the way out I spotted 6 Bush Stone Curlews lurking under trees on the GC so legged it over the fairway to get some photos! 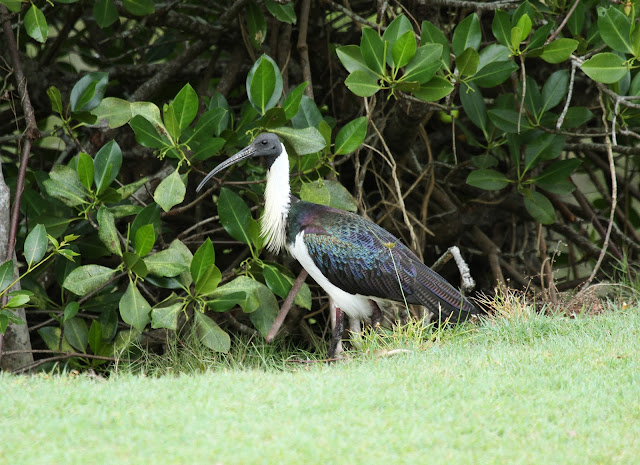 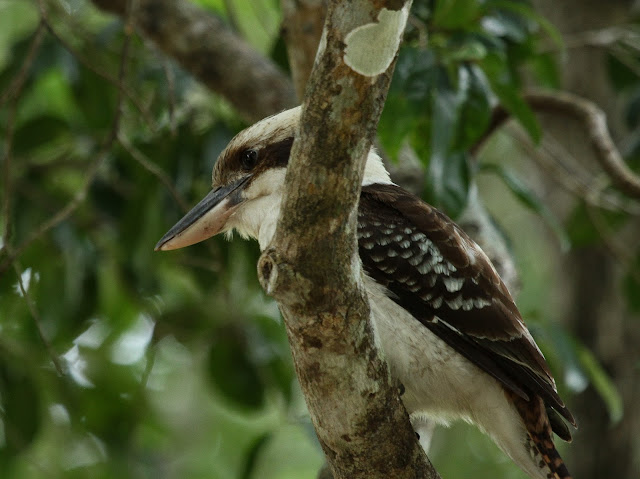 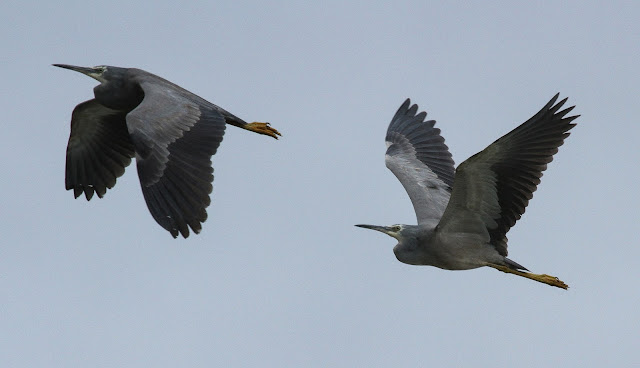 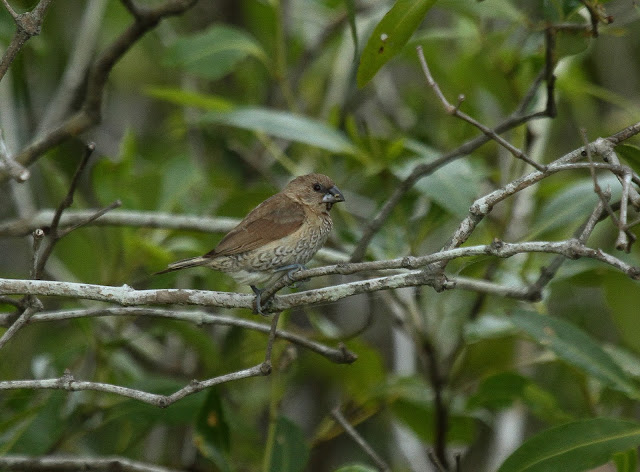 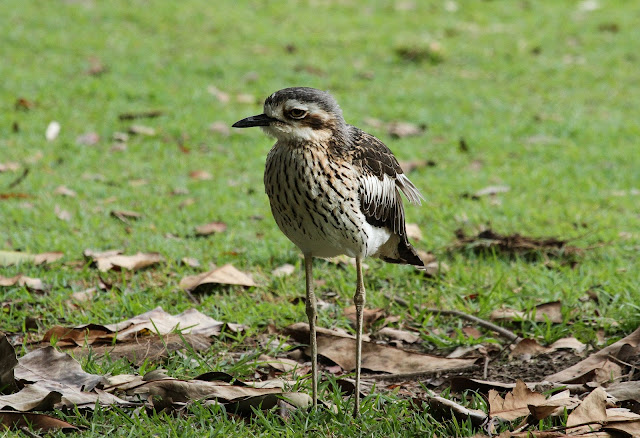 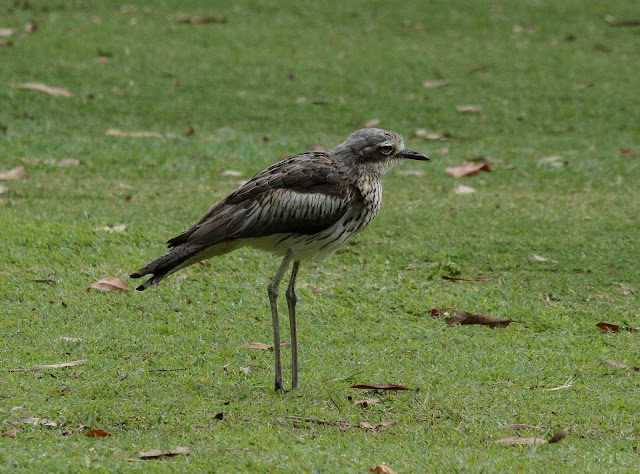 The drive north along the coast was gorgeous, in fact I can't remember a drive I've enjoyed as much. With new and spectacular views around every bend. En-route one area of fields held a good concentration of raptors with numerous Black Kites, Whistling Kites and an Eastern Osprey nest right by the road. It was a happy man who arrived at Newell Beach my next planned stop. Here a Crested Tern was patrolling as was a Caspian Tern plus Silver Gull but not the hoped for Beach Stone Curlew as there was far too much distrubance. I pressed on to Daintree. 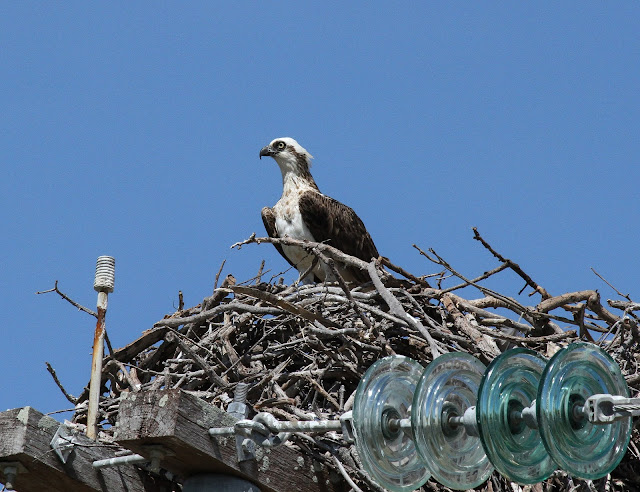 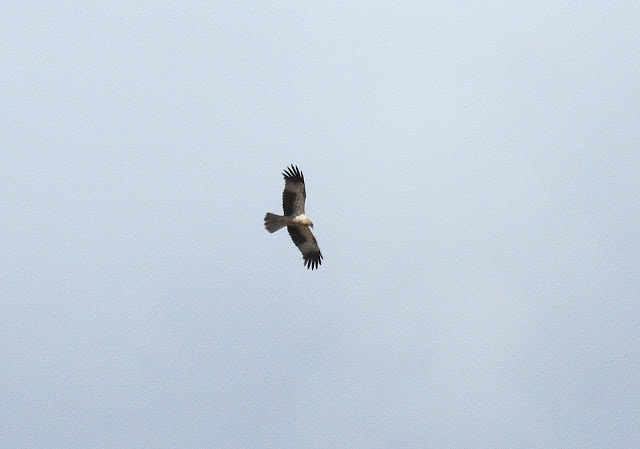 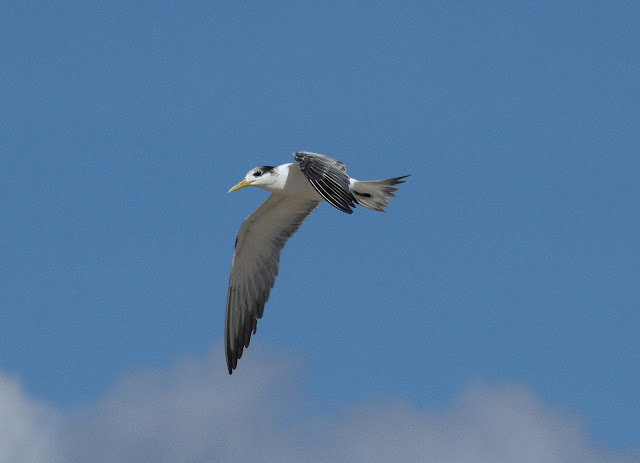 Arriving in Daintree I ws planning on a night rough camping but there were signs everywhere prohibiting such rebellious behavoir so I booked myself into the only camp site in the village which was conveniently just above the jetty. A walk around the village and the viilage end of Stewart Creek Road in the late afternoon revealed a Great Crested Grebe on the river, a huge number of noisy Rainbow Lorikeets, Brown Cuckoo-dove, 5 Topknot Pigeons, 2 Sacred Kingfishers, Noisy Friarbirds, Dusky Gerygone, Green Oriole, Little Shrike-thrush, 3 Varied Trillers, White-breasted Woodswallows, 2 Rufous Fantails, Leaden Flycatcher, Eastern Yellow Robin and several Tree Martins. 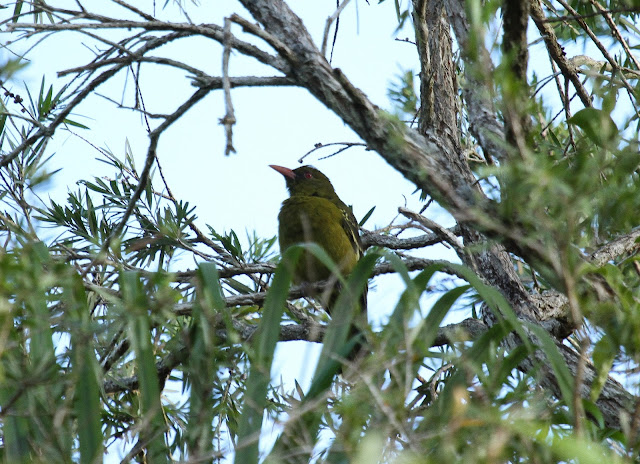 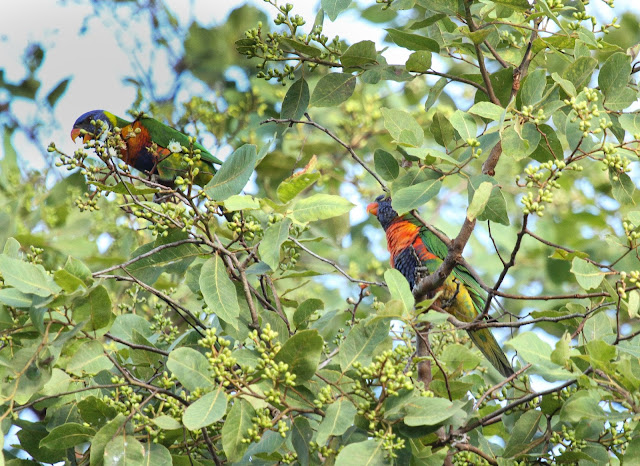 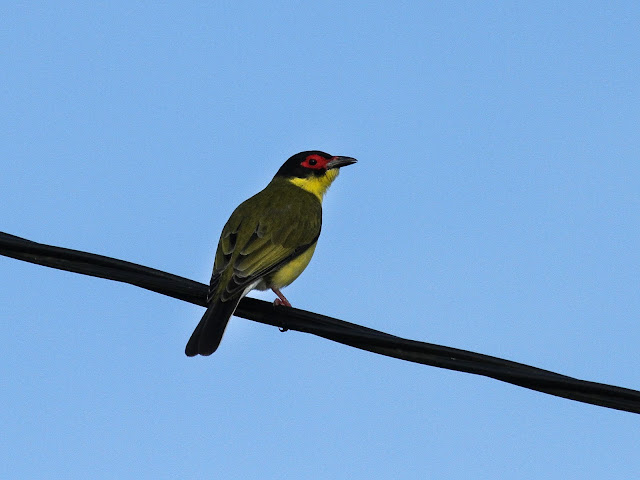