By the time I'd sorted out my campervan following a delayed flight it was already late morning before I managed to get any birding done. Being knackered too didn't help but I headed for the Jack Barnes Mangrove Boardwalk on the airport access road first as it was the nearest and most convenient site. Due to tiredness and the time of day it was a slow start with a nice male Mistletoebird being my first new bird. I was up and running! Brown Honeyeater (soon to become the typical 'trash' bird!) followed with Olive-backed Sunbird and a fly-over Tree Martin. 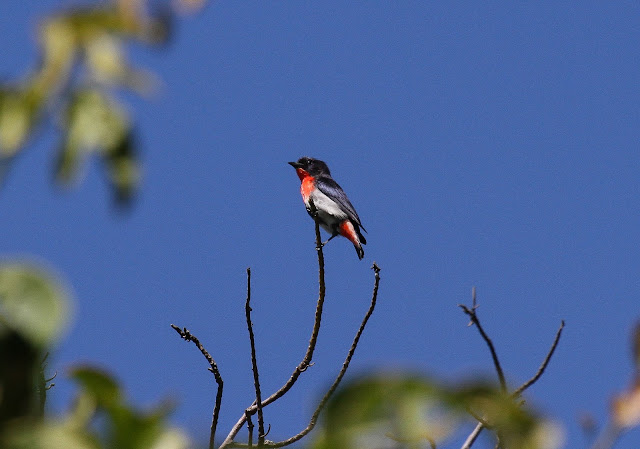 I decided that Cairns Esplanade was a good next bet as it was just around the corner. Unfortunately I arrived to find the tide way out and most birds just distant specks! A park at the north end gave me a good opportunity to familiarise myself with some of the common Aussie species - Masked Plover, Straw-necked Stork, Willie Wagtail, the very odd Magpie-lark plus a small flock of Scaly-breasted Munias. Along the esplanade I did manage 6 Great Knot, Striated Heron, Great White Egret, c6 Australian Pelicans, Far-eastern Curlew, c8 Bar-tailed Godwits, Silver Gulls, Australian Gull-billed Terns and a nice view of an Eastern Osprey while landbirds included Rainbow Lorikeet, Australian Figbird, White-breasted Woodswallow and Common Myna. 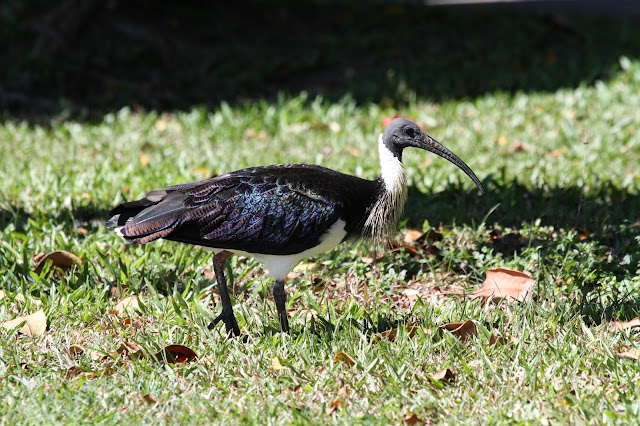 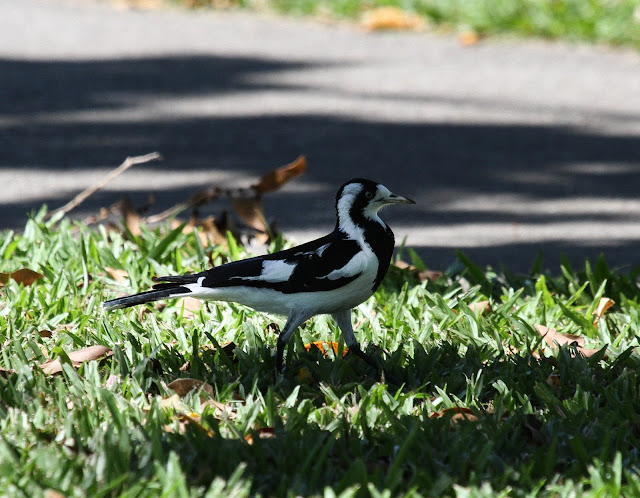 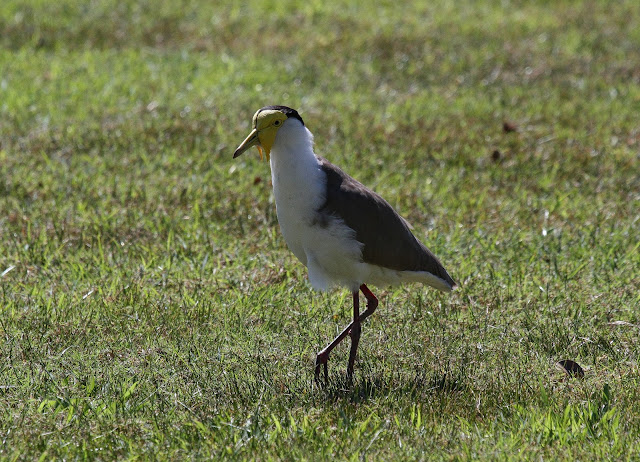 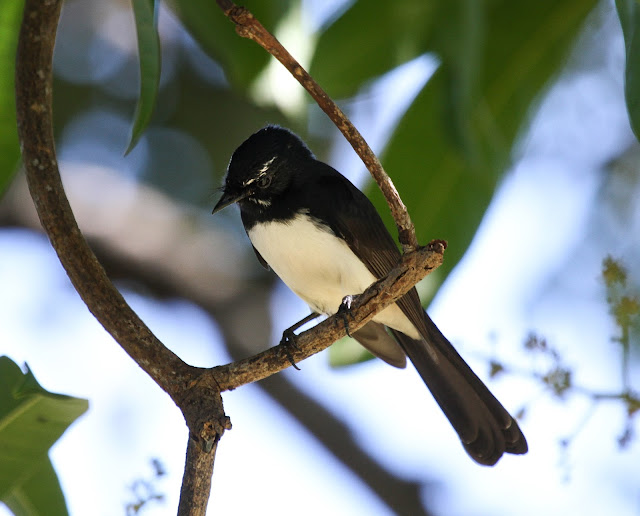 
Not far away is Cairns Botanical Gardens where I parked up and explored the southern section including Freshwater Lake and Saltwater Lake. Here I picked up my first wildfowl with plenty of Pacific Black Ducks and Magpie Geese. Australian Brush-turkey got me going but only because I had no idea how common they are at that stage! Herons were well-represented and included Striated Heron, Little Egret, Straw-necked Ibis and a nice Great Pied Cormorant. Rainbow Bee-eater was duly ticked and alongside a small group were Leaden Flycatcher and Olive-backed Sunbird. Spangled Drongo, Grey Fantail and Welcome Swallow were the best of the rest before I hit the road up to Kuranda. 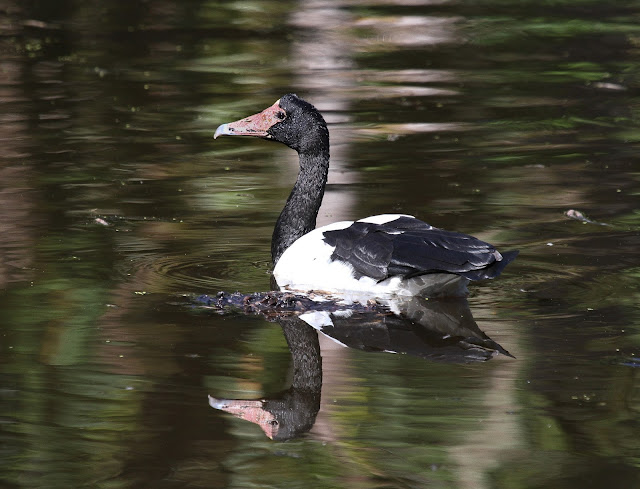 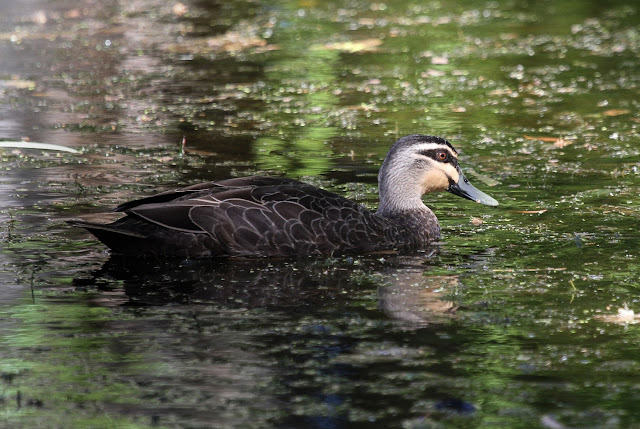 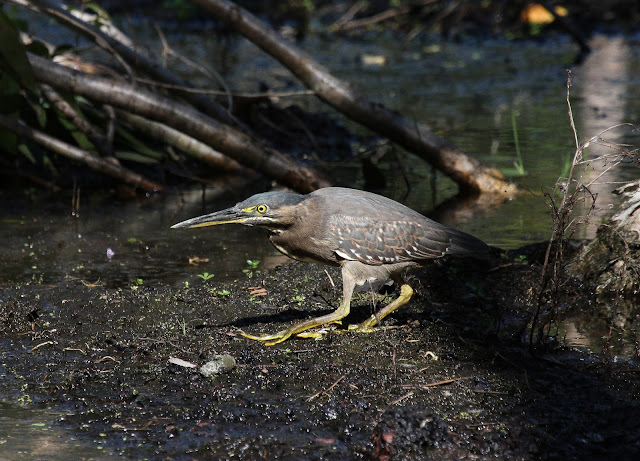 After checking in at Kuranda Rainforest Retreat I went for a short walk around the grounds in the last hour of daylight. By far the best bird was a mega Wompoo Fruit Dove flopping about on the fruits of a palm but I also added Pacific Emerald Dove, the soon to be ubiquitous Sulphur-crested Cockatoo, Dusky Honeyeater, Lewin's Honeyeater, Graceful Honeyeater and Grey Fantail before hitting the sack. 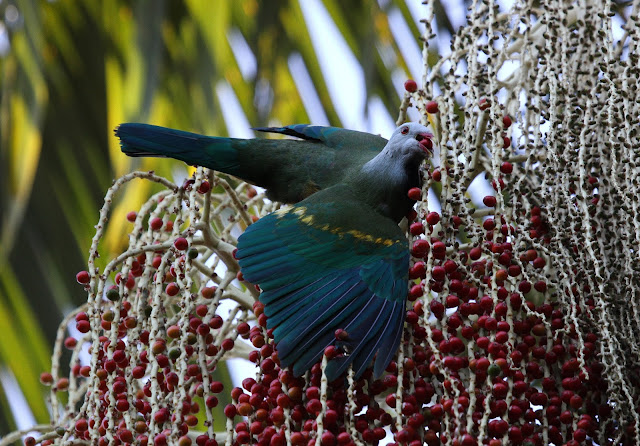