The final phase of the trip - back to Cairns.

I left Atherton nice and early as I wanted to get to the Curtain Fig Tree just outside Yungaburra before the crowds. In the end I was so early I was the first one there! I was greeted by Eastern Whipbirds calling all over the place and with some patience I got some nice views of two and onto the list it went. Also around the tree/boardwalk were 2 Grey-headed Robins, a Double-eyed Fig Parrot, Australian Brush Turkeys, Wompoo Fruit Dove and a family party of Wild Pigs. 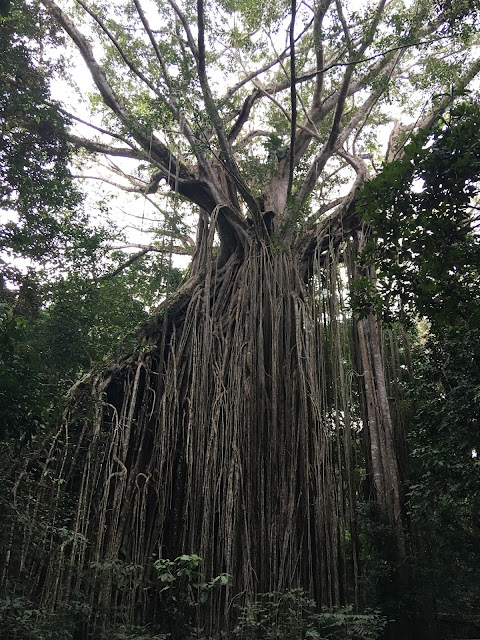 Next up was the small town of Yungaburra. The town is supposed to be site for Australian King Parrot and White-headed Pigeon. I scored with the former but not the latter! Wandering around the town I also had Laughing Dove, 4 Crested Pigeons, Helmeted Friarbird, c25 Australian Figbirds in a single tree, Black-faced Cuckoo Shrike and Pied Currawong before I reatreated to the Whistlestop Cafe (highly recommended) for a coffee and sausage roll! 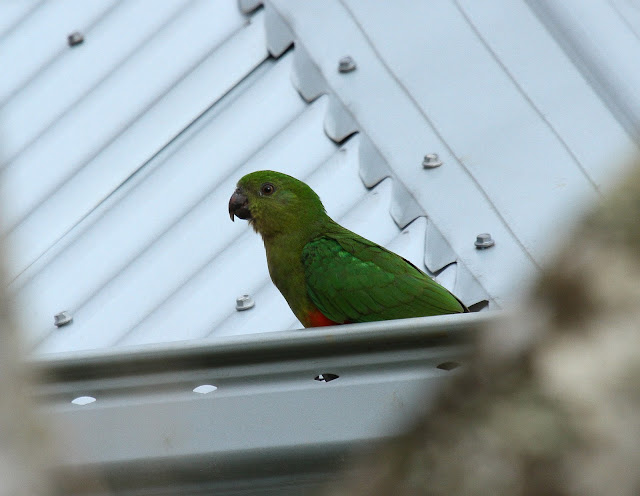 I called in to Eacham Lake next, the first of the so-called 'Crater Lakes' and I have to say it was really nice. On the entrance track I jammed in on a great Bower's Shrike Thrush which even hung around for a photo or two. Around the edge of the carpark beside the lake was a copse that held Pied Monarch, a gorgeous male Golden Whistler, Little Shrike Thrush, Brown Greygone and 3 Pale Yellow Robins I did a short walk around the north shore of the lake clocking up 3 Lewin's Honeyeaters, Eastern Spinebill, Wompoo Fruit Dove and Spectacled Monarch. The lake itself held 3 Great Crested Grebes and Little Pied Cormorant but nothing else. 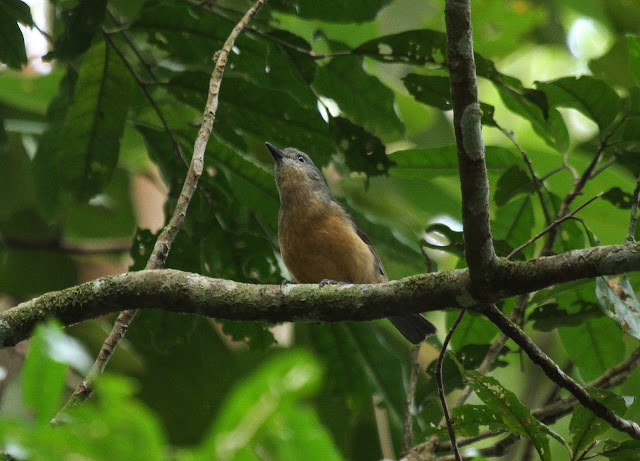 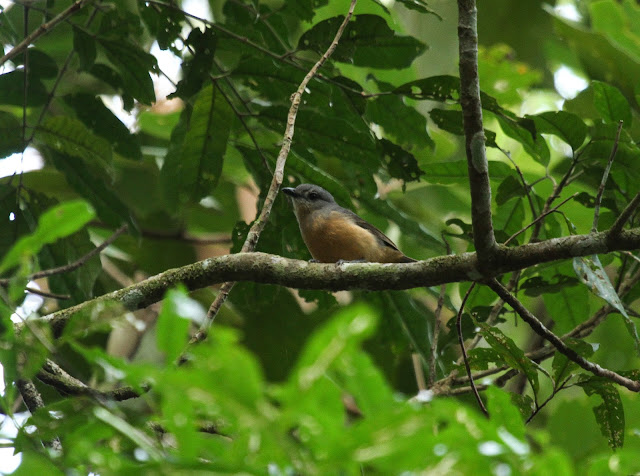 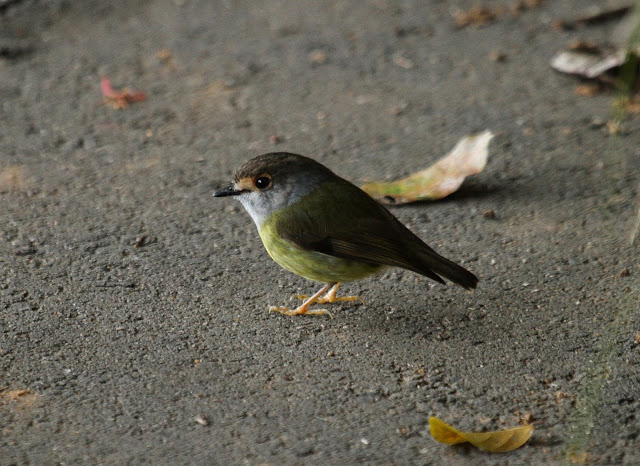 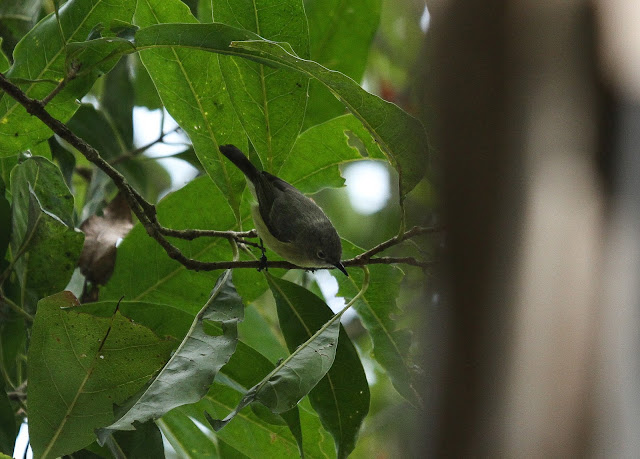 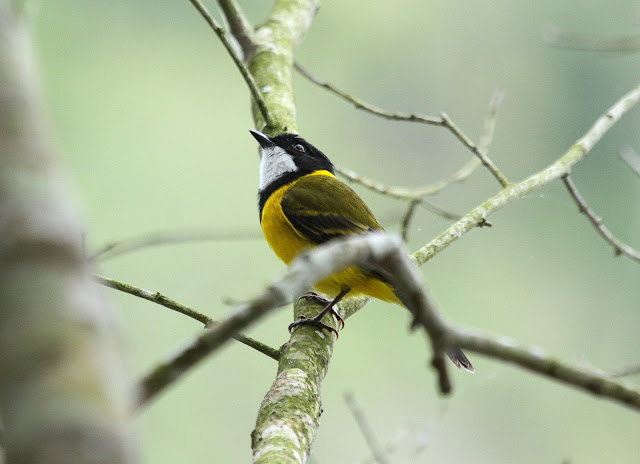 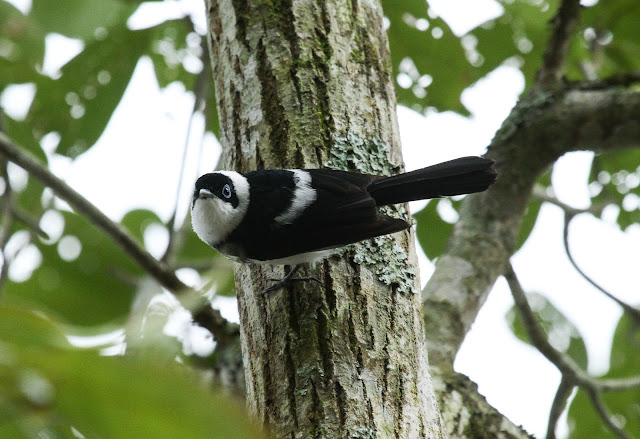 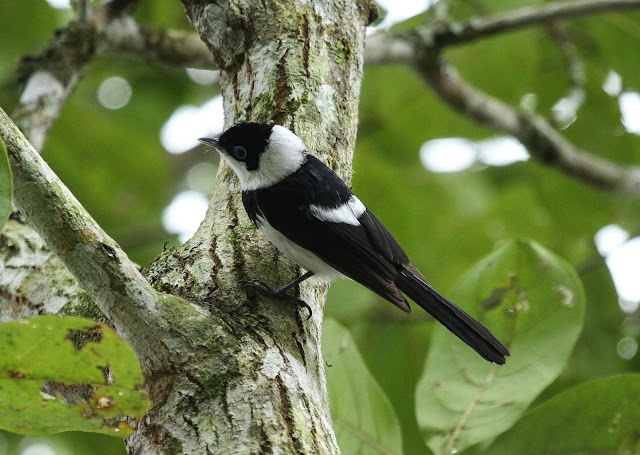 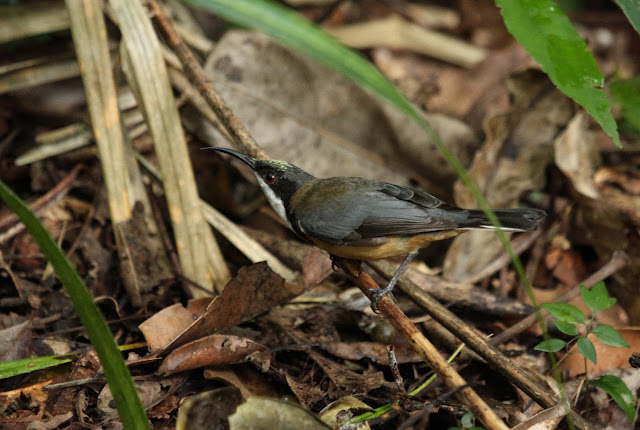 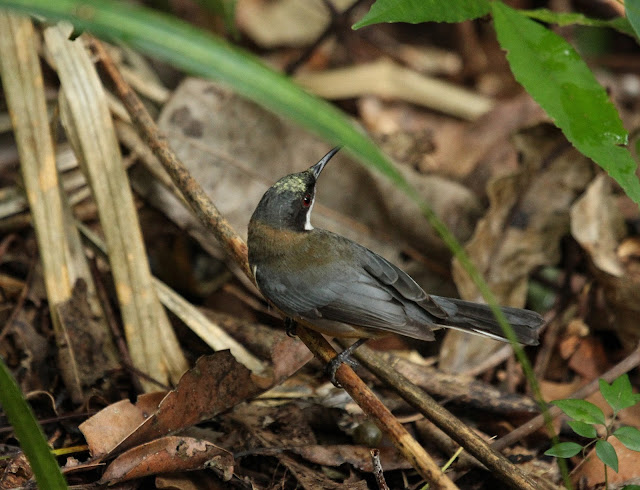 Lake Barine by complete contrast was disappointing and I stayed a very short time just seeing Spotted Catbird and a few Atherton Scrubwrens.

It was time to wind my way through the hills of the Gillies Range and back down to the coast and Cairns. I took a while as the winding road seems to go on forever but I finally got there and headed for a spot I'd been told about that holds a roosting Rufous Owl. It was an immense fig tree in Les Davies Park just off McKenzie Street. Despite going round and round the tree for an eternity I couldn't find I though so moved on to the Esplanade. At the north end I was delighted to find a Mangrove Robin that responded very quickly to playback before I headed to the main part of the Esplanade for some wader action. I bumped into a Scottish birder here and together we had 1 Terek Sandpiper, 3 Curlew Sandpipers, c8 Red-capped Plovers, c5 Greater Sandplovers, 8 Black-fronted Dotterel, c30 Whimbrel, 2 Far-eastern Curlew, c6 Bar-tailed Godwits, c25 Great Knot, 2 Grey-tailed Tattlers and a Greenshank. There we also loads of Gull-billed and Australian Gull-billed Terns, several Caspian Terns, Silver Gulls, and 1 Crested Tern. As the tide rose I walked south and soon met up with the local birders who congregate at a particular bench every day. From here I had White-bellied Sea Eagle, Brahminy Kite, 15 Australian Pelicans, White-faced Heron and Pacific Reef Egret and the waders again as they got pushed up on the last bit of mud. Unfortunately I found about about the favoured location of a Double-banded Plover a bit too late as the tide had covered the spot and it had departed for wherever it roosted. Land birds of note seen were a Double-eyed Fig Parrot, a noisy colony of Metallic Starlings, Common Mynas, Black Butcherbird and Spangled Drongo.

With the light fading I made my way to Cool Waters Holiday Park on the extreme west side of the city, my new abode for the final 2 nights. 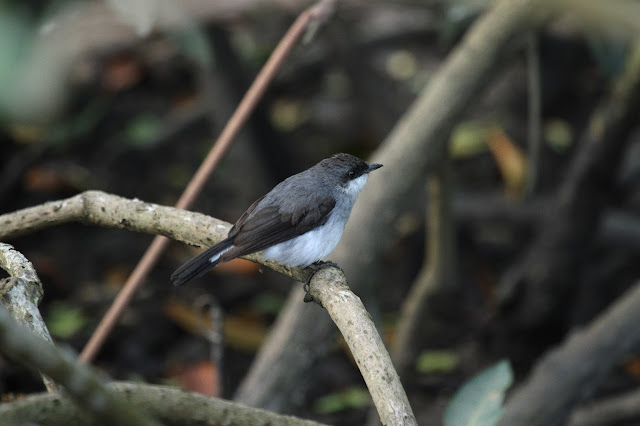 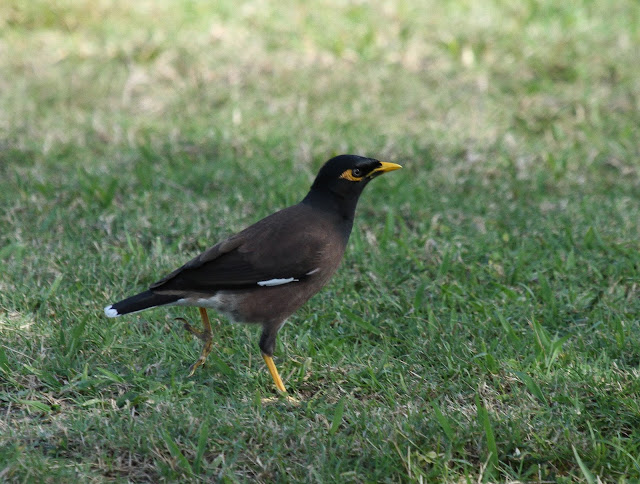 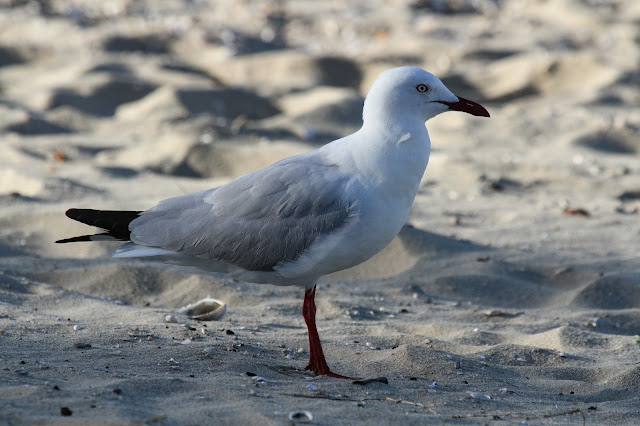 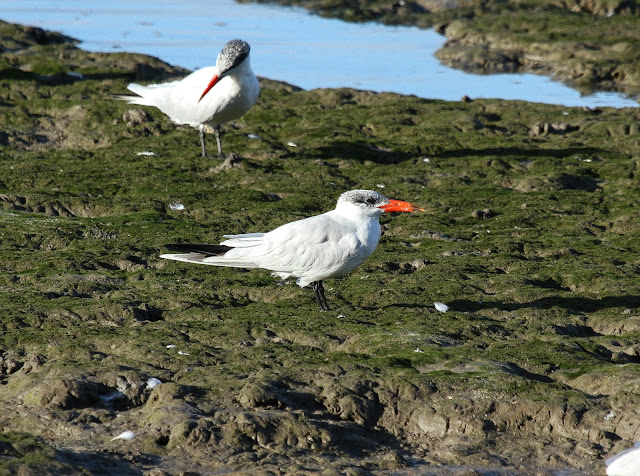 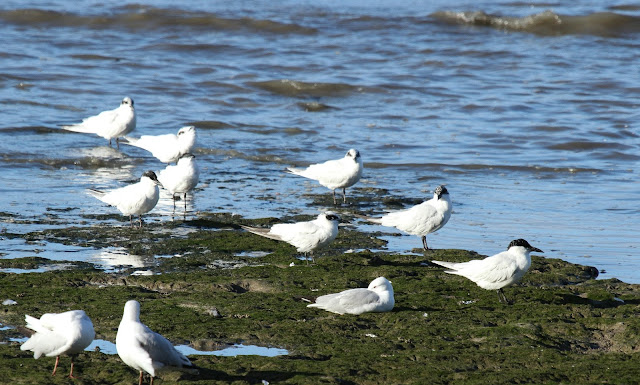 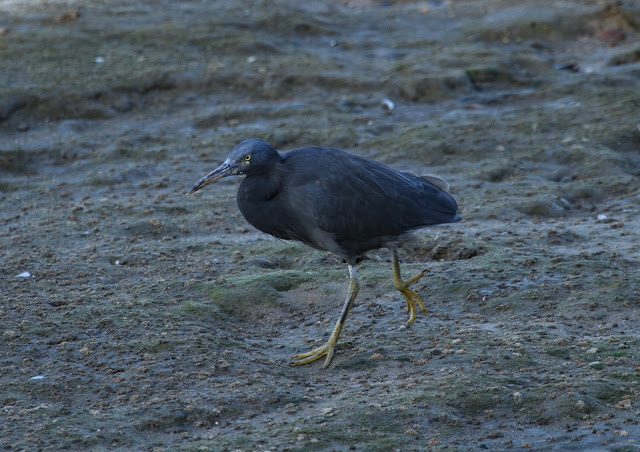 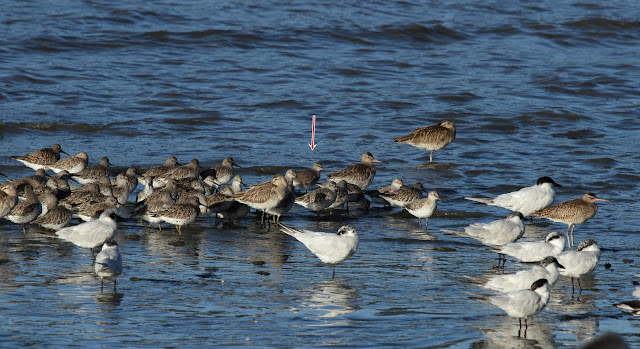 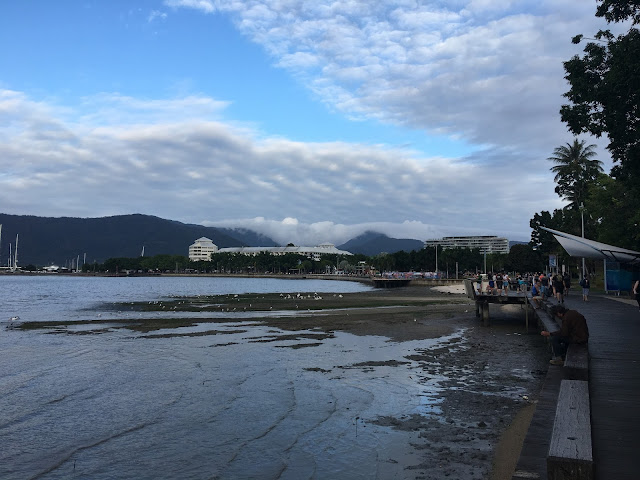 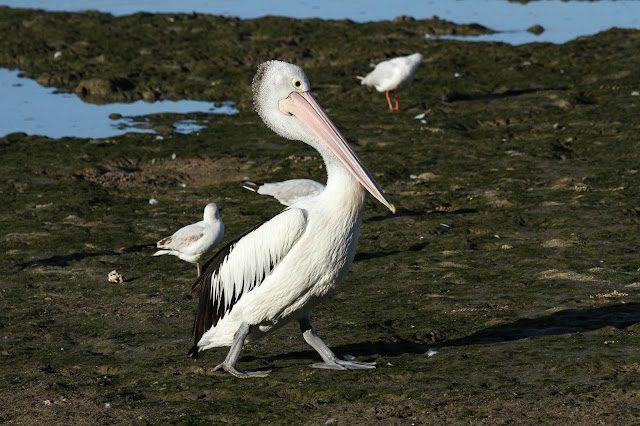