My first morning at Kingfisher Park so it would have been rude not to explore their excellent grounds. A Pacific Emerald Dove was wandering about as I had breakfast and then made my way down to the stream. Here a lovely Pied Monarch was having an early morning bath and a Spotted Catbird and 2 Large-billed Scrubwrens were nearby. Coming back through the orchard a pair of Rainbow Bee-eaters were showing in beautiful light as I walked through to the side lane just by my van. Some flowering shrubs here were very productive with 2 Scarlet Honeyeaters, 2 Graceful Honeyeaters, Macleays Honeyeater, Yellow Honeyeater and 3 White-cheeked Honeyeaters all competing for position at the flowers. Further along the lane just 2 Forest Kingfishers and a Laughing Kookaburra were by the paddocks so I turned around and walked back towards the main road and around the corner to Gearhaty Park. Here several White-throated Honeyeaters were stripping the paper bark from trees and both Brown and Dusky Honeyeaters were also obvious. Wandering back I then got onto a mega pair of Double-eyed Fig Parrots feeding low down on fruits overhanging the road and the light was perfect for photographing them. A Fairy Gerygone also popped by briefly in the same tree. Also around the park that morning I had 2 Little Shrike Thrushes, Golden Whistler, Spectacled Monarch, Pale Yellow Robin and 2 Silvereyes. 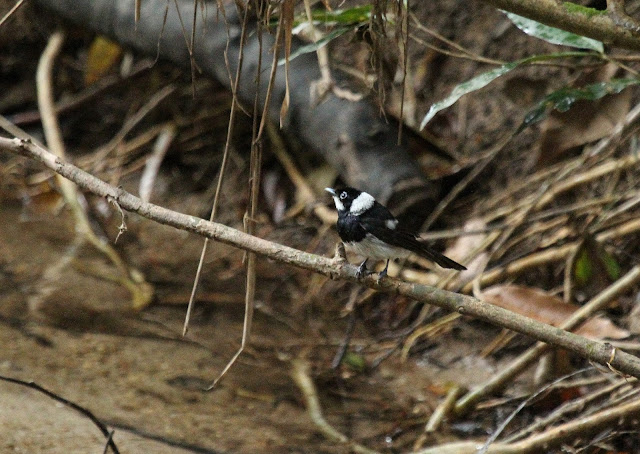 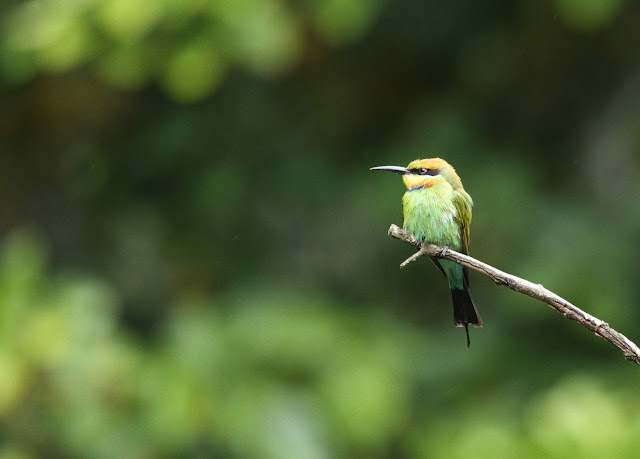 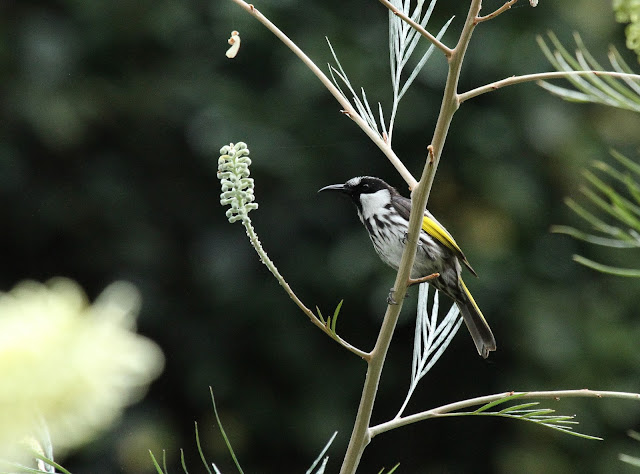 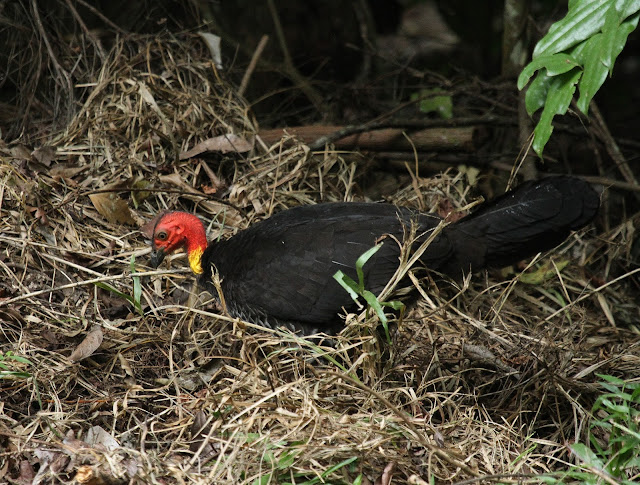 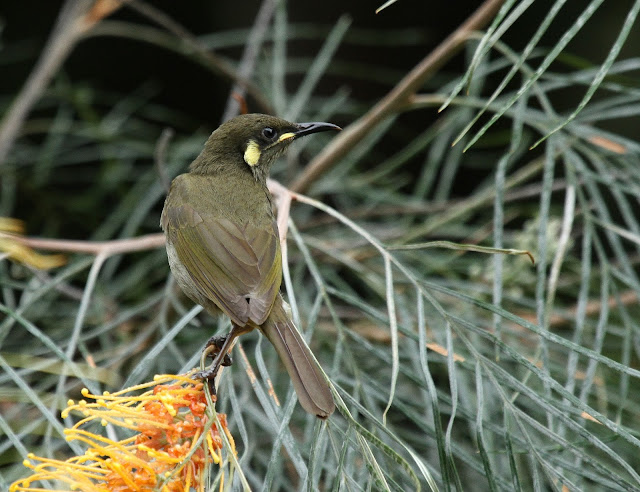 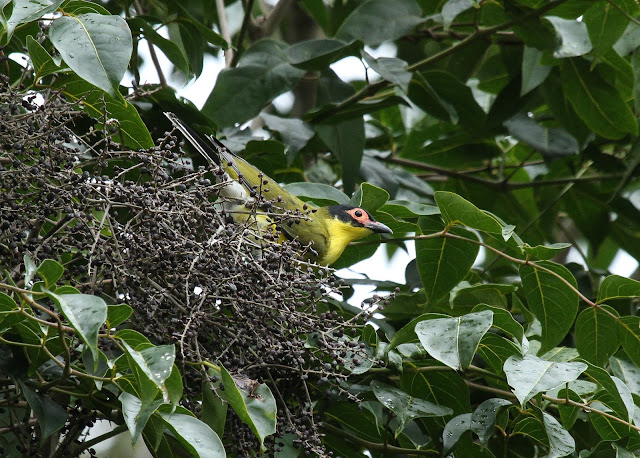 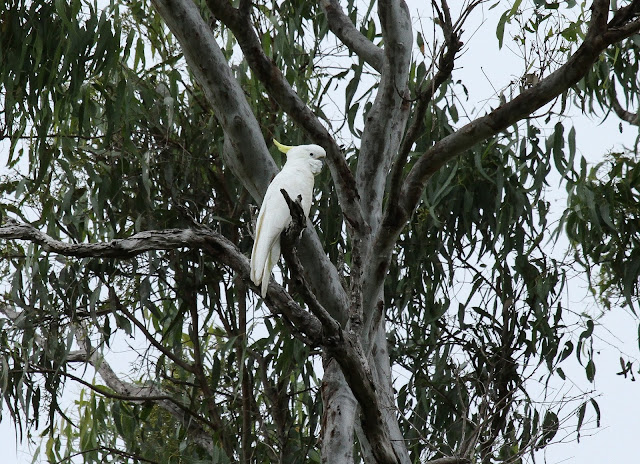 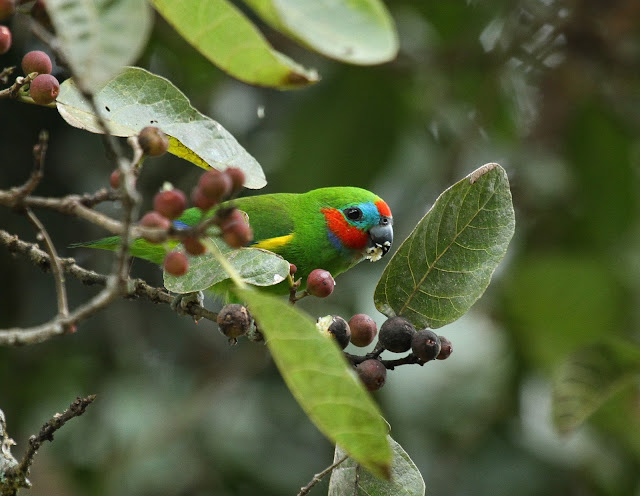 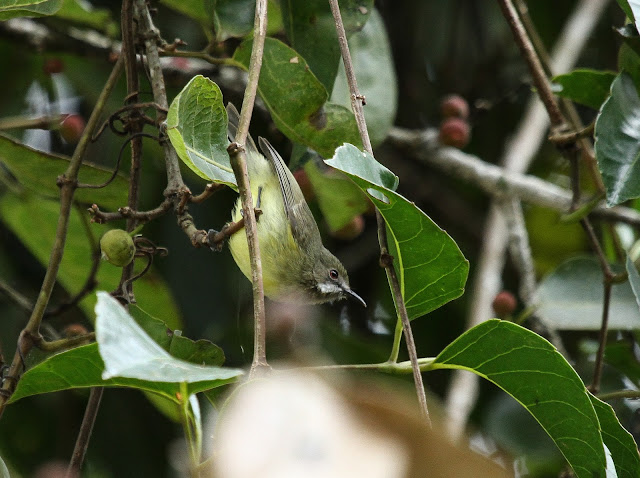 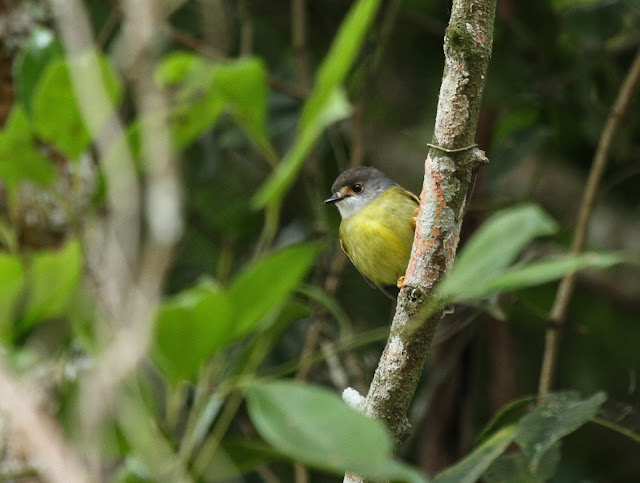 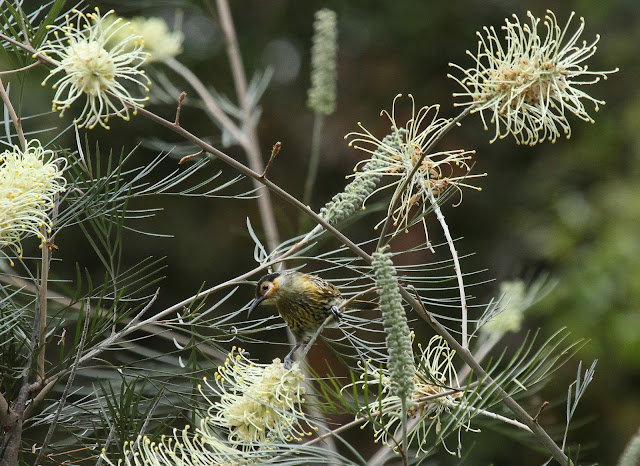 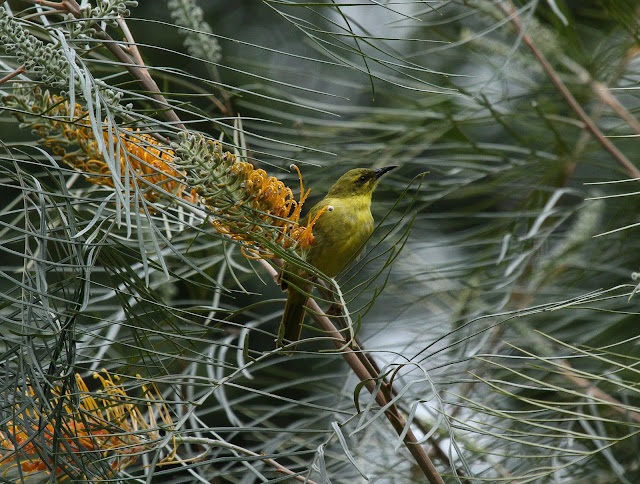 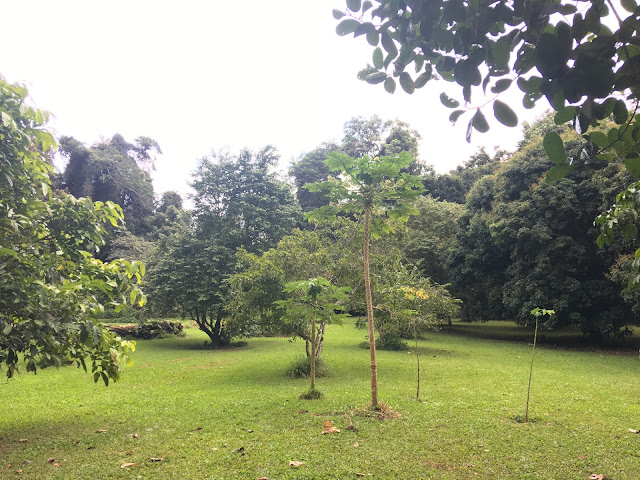 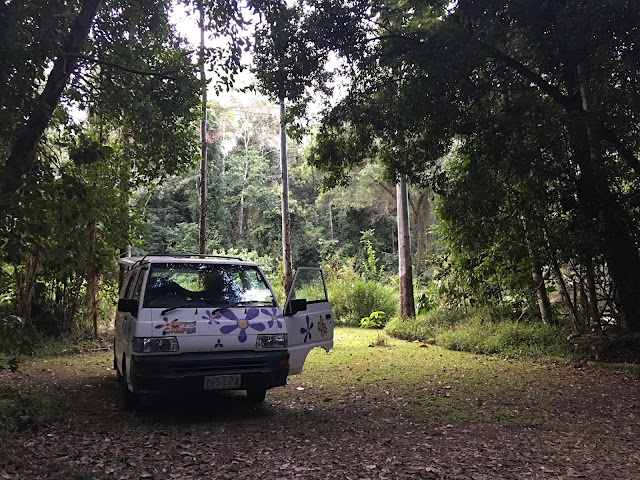 Tearing myself away from the park I decided to try Wessel Road, a nearby site for dry woodland species. The most obvious species along the road were White-bellied Cuckoo Shrikes, White-throated Honeyeaters and Chestnut-breasted Mannikins but I also had 2 Striated Pardalotes, Golden-headed Cisticola (both new), Australian Swiftlet, 2 Laughing Kookaburras, a Scarlet Honeyeater, Rufous Whistler, 2 Yellow-faced Honeyeaters, Varied Triller and several Tree Martins. Around the obvious bend at the entrance to a private track though I had my first fairy wrens with a lovely party of 4 Red-backed Fairy Wrens 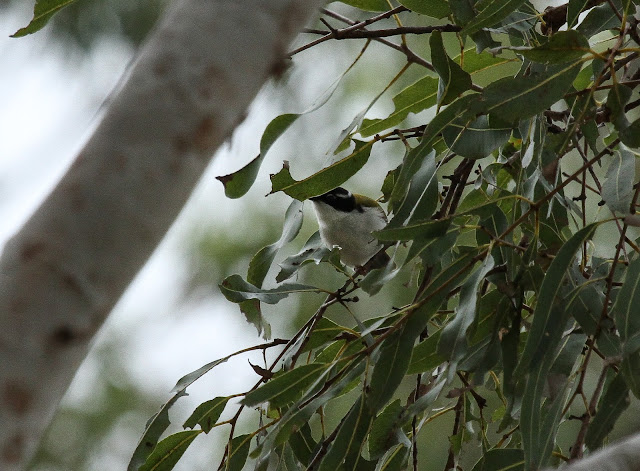 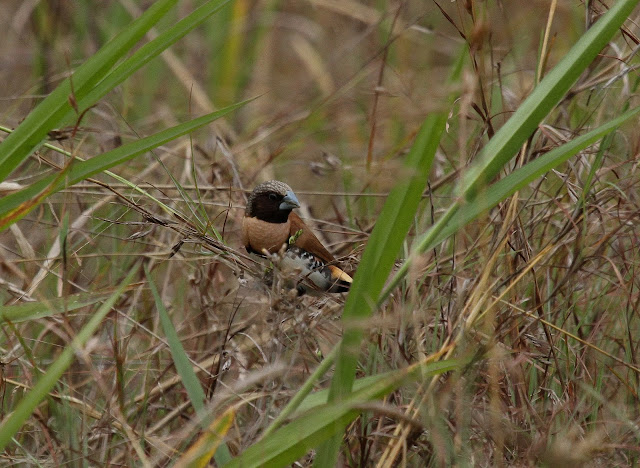 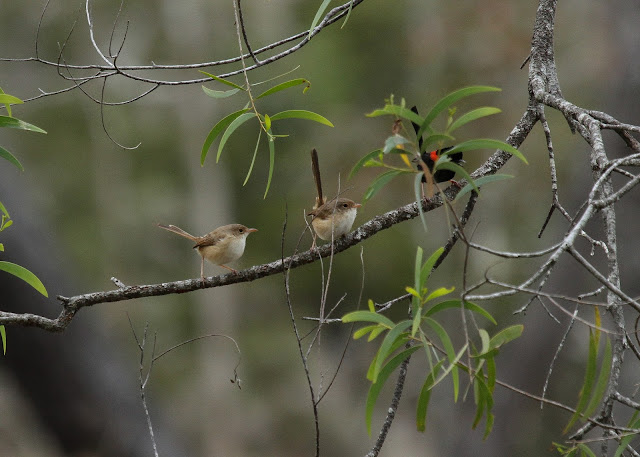 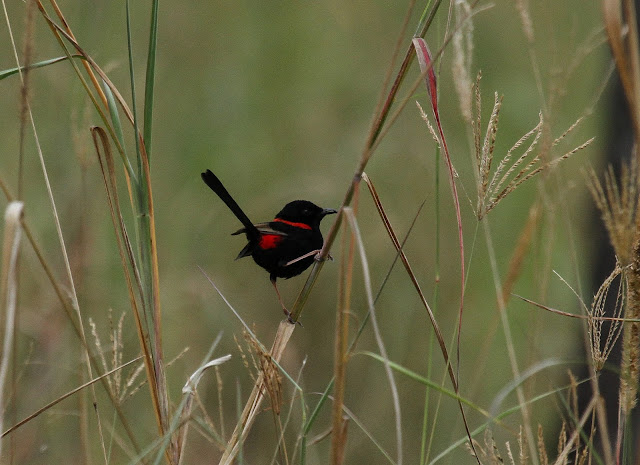 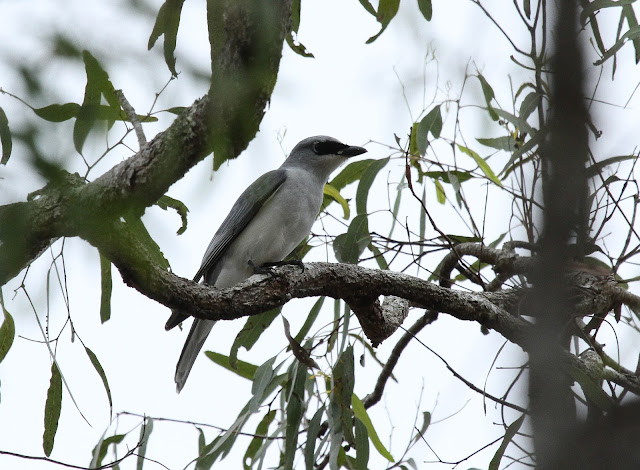 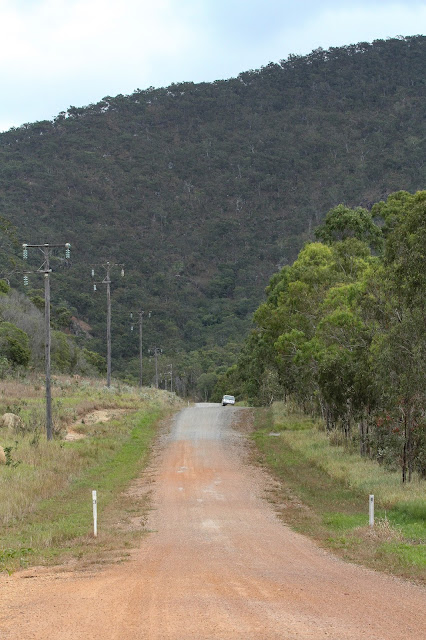 Leaving Wessel Road I made my way back to Mount Molloy for a mid afternoon wander. Calling in at the honeyeater site again it was quieter this time with just plus 1 Blue-faced Honeyeater, Dusky Honeyeater, Brown Honeyeater, Noisy Friarbird, Spangled Drongo, 4 Red-winged Parrots, Peaceful Doves and Bar-shouldered Dove plus a brief Great Bowerbird in the village that flushed all too easily! The sports oval at the other end of town proved to be very disappointing and hot. Despite trying hard all I managed were 4 Straw-necked Ibis, White-bellied Cuckoo Shrike, Black-faced Cuckoo Shrike and 2 Forest Kingfishers. 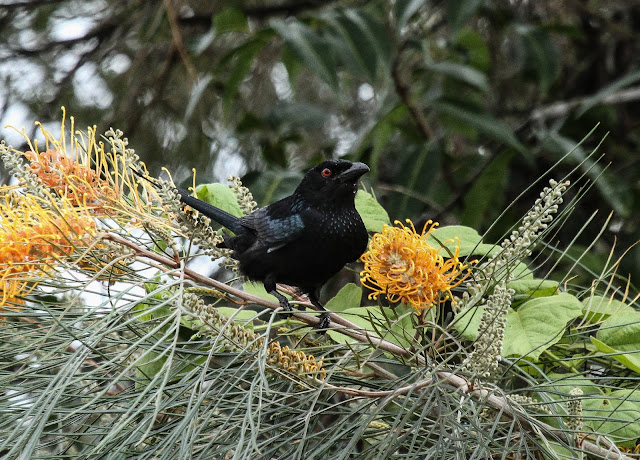 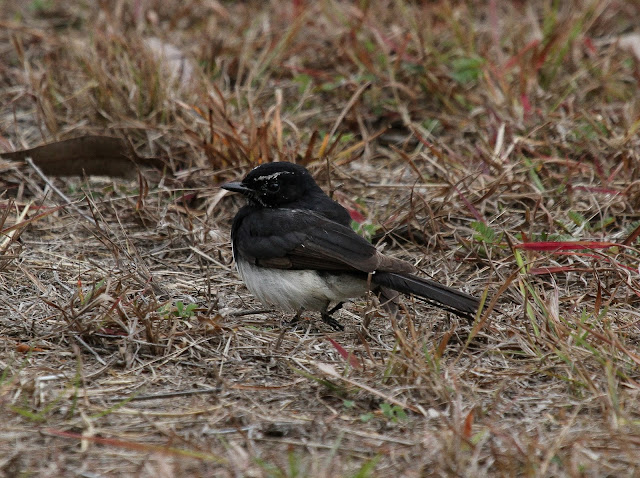 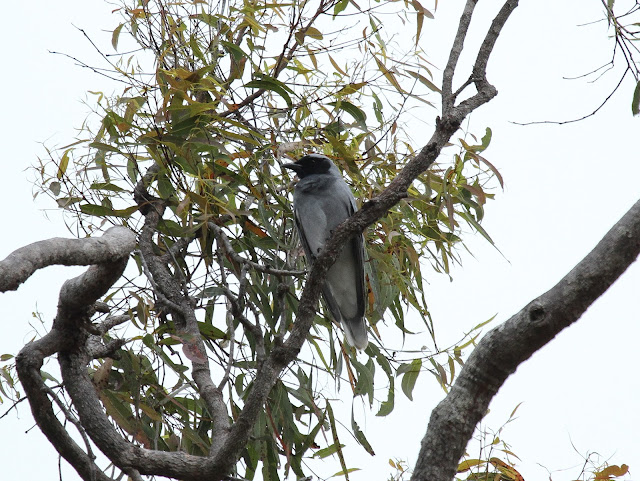 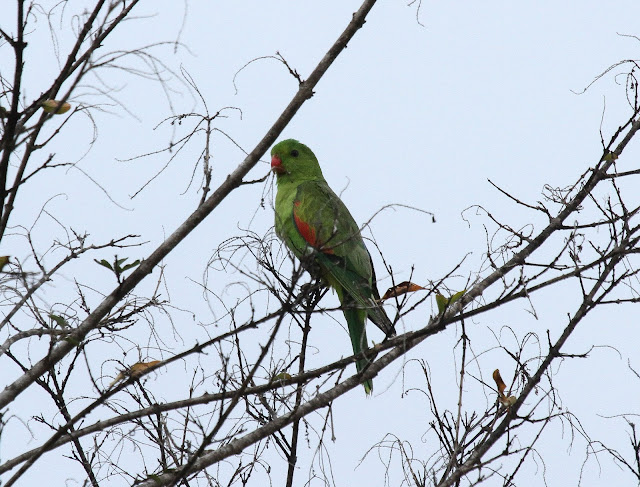 Back at Kingfisher Park a delightful group of c10 Red-browed Finches were feeding right by reception before I went for a wander out to the main road and scored with more Red-backed Fairy Wrens, a distant Blue-winged Kookaburra, an adult White-bellied Sea Eagle and a plan for the next evening! That evening I went out with my flashlight and scored heavily with some nice flight views of Lesser Sooty Owl (awesome!!) and also a confiding Long-nosed Bandicoot. 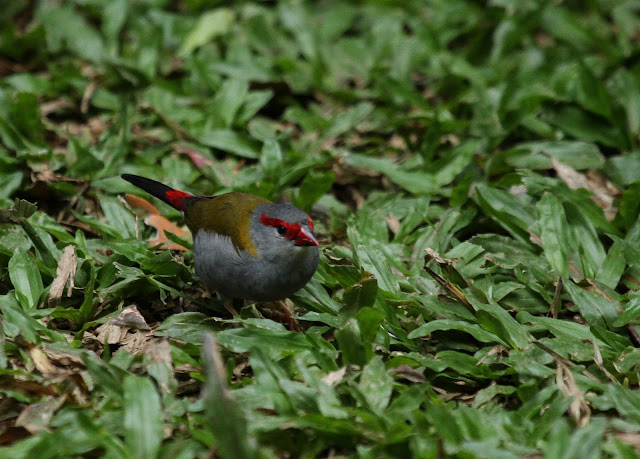 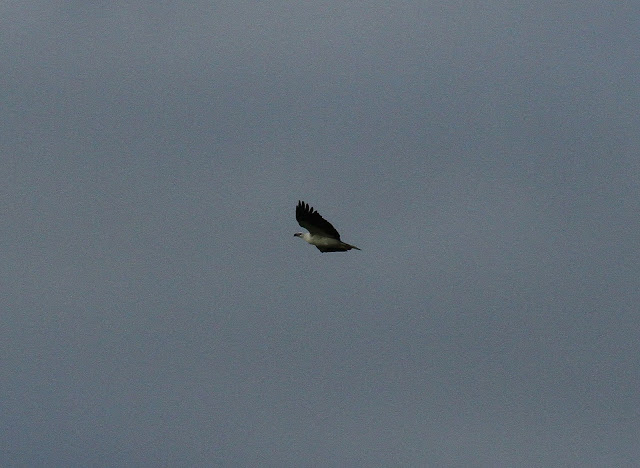 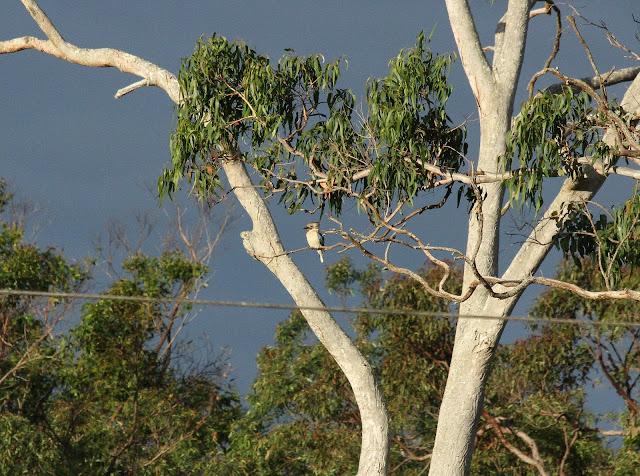 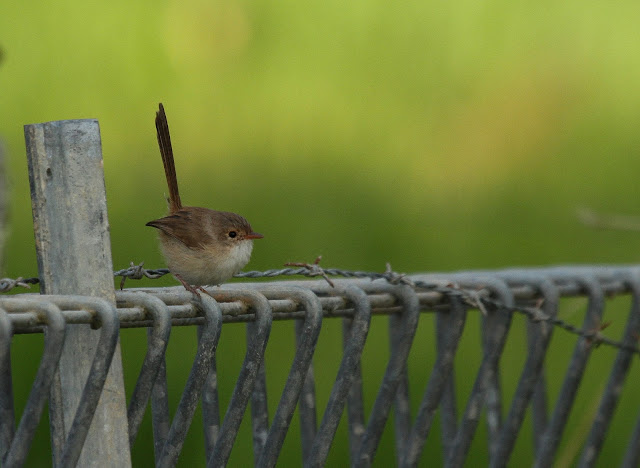 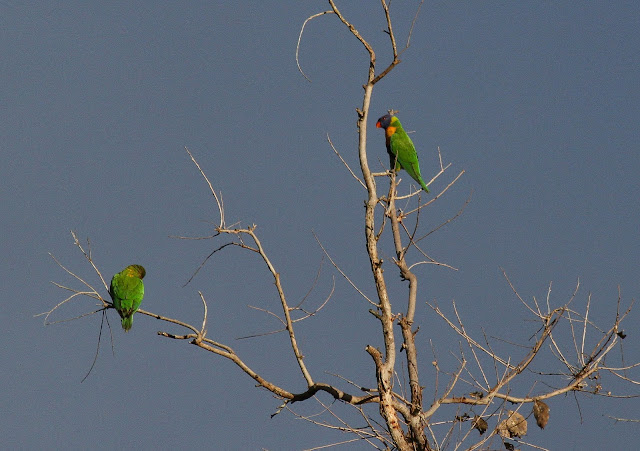 Rainbow Lorikeets
Posted by Chris at 12:52