My eagerly awaited boat trip on the Daintree River was today. I'd booked in advance with Ian 'Sauce' Worcester via his website Daintree River Wild Watch. He's a very friendly, knowledgeable guy and I'd have no hesitation in recommending him. The reason I chose him is that his morning tour leaves 15 minute earlier than any others so just in case birds are flushed we'd see them even if other tours didn't. That was my theory anyway! The trip began extremely well with one of my main targets, the superb Little Kingfisher falling nice and early followed quickly by Azure Kingfisher. The other highlights of the 3 hour trip were no less than 3 Papuan Frogmouths, 2 Radjah Shelduck, a good number of Topknot Pigeons, Striated Heron, 3 White-faced Herons, 3 Black-fronted Dotterel on a shingle spit and a lovely perched Pacific Baza. The kingfisher list made it to 4 species with Sacred Kingfisher and Forest Kingfisher and I also bagged Large-billed Gerygone, Green Oriole and one of the other prime birds along the river Shining Flycatcher. Ian even knocked $10 off the price cos we dipped Great-billed Heron! 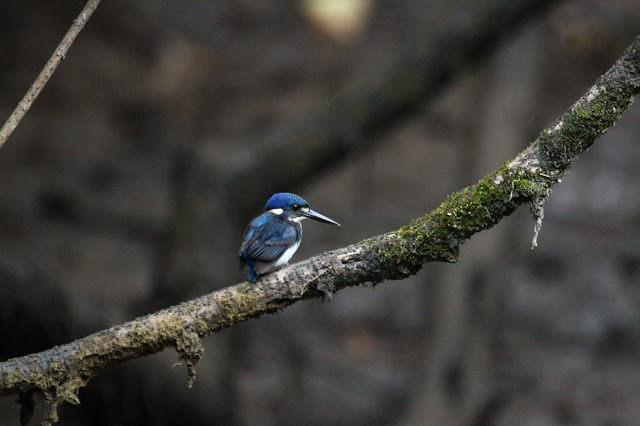 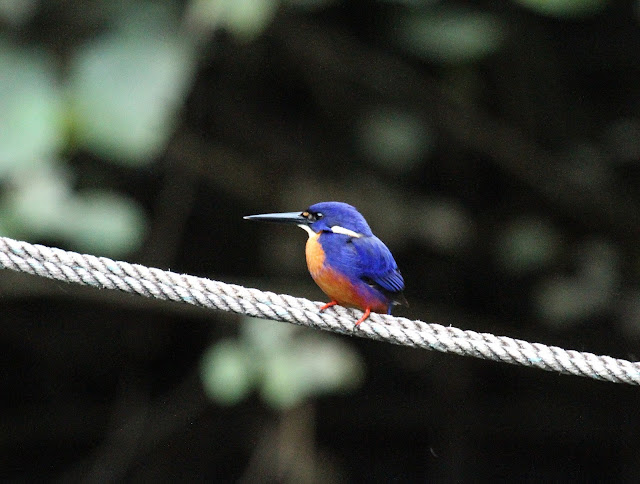 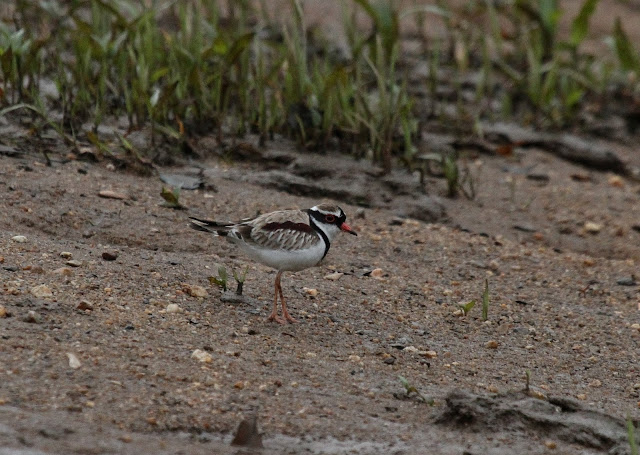 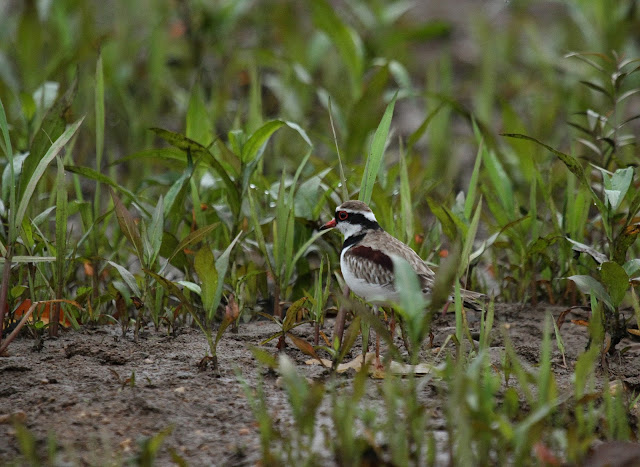 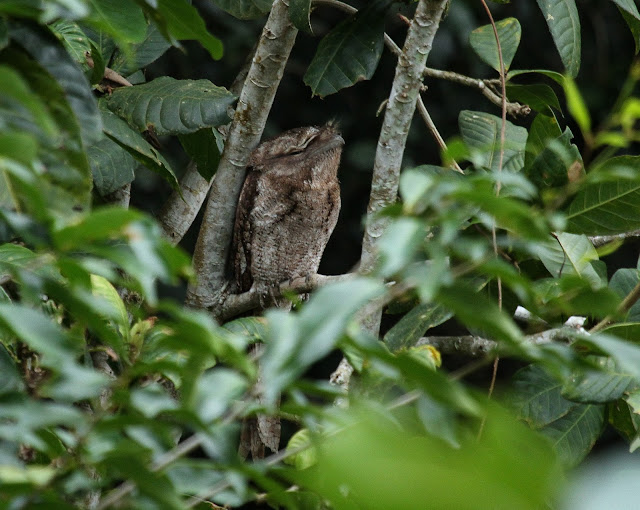 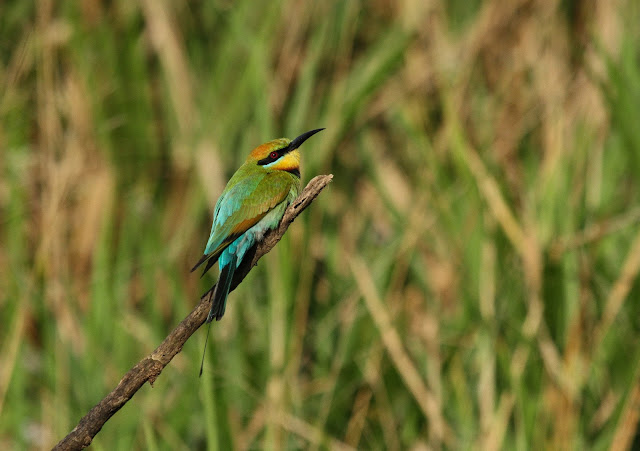 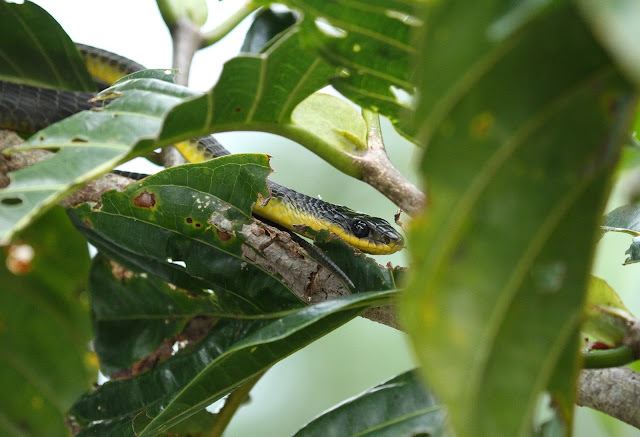 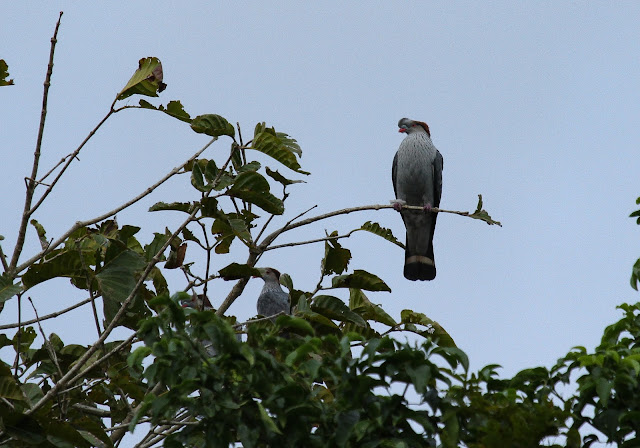 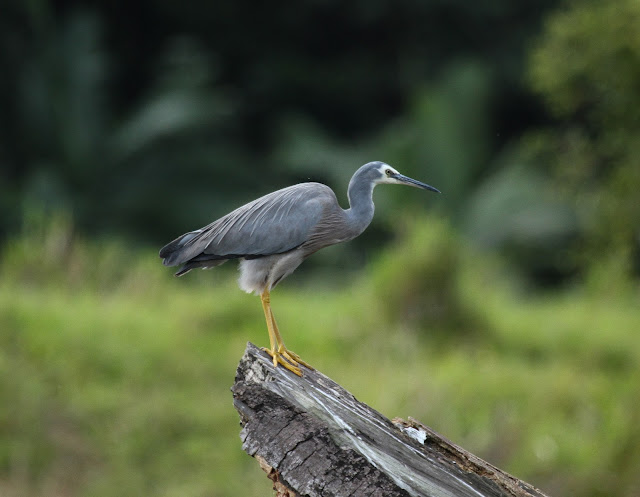 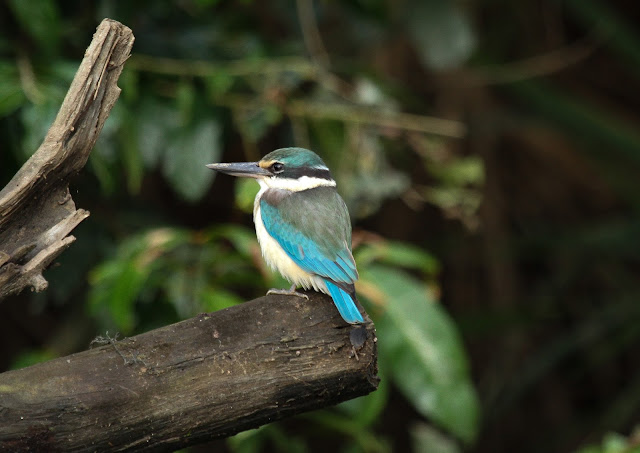 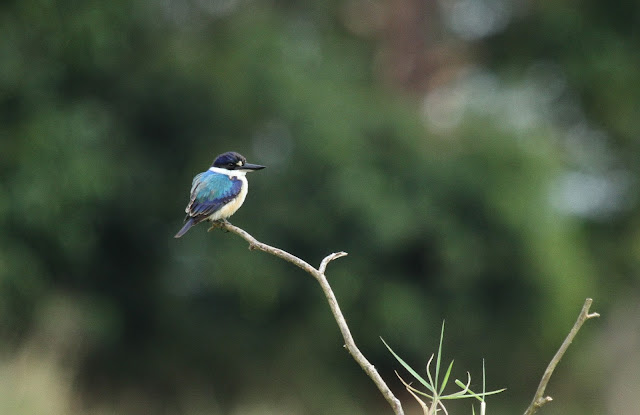 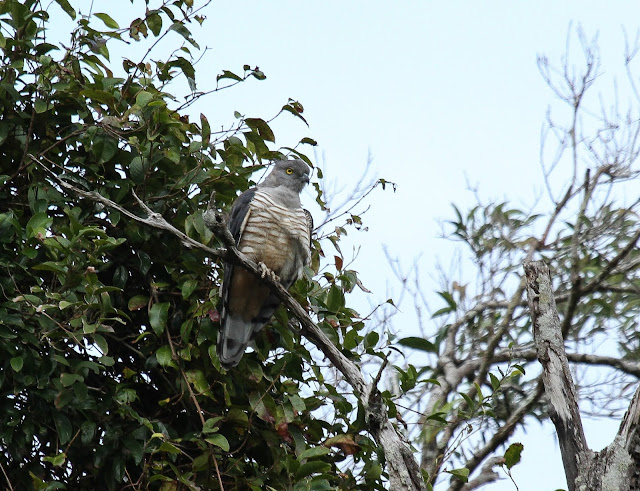 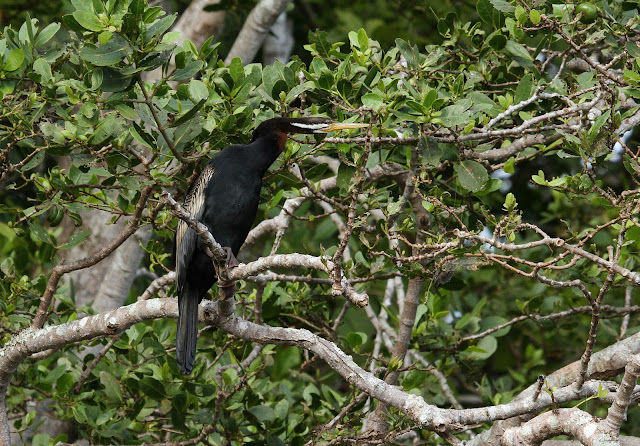 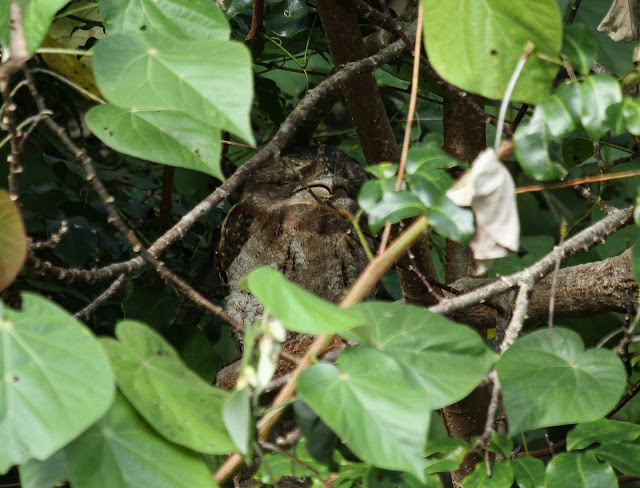 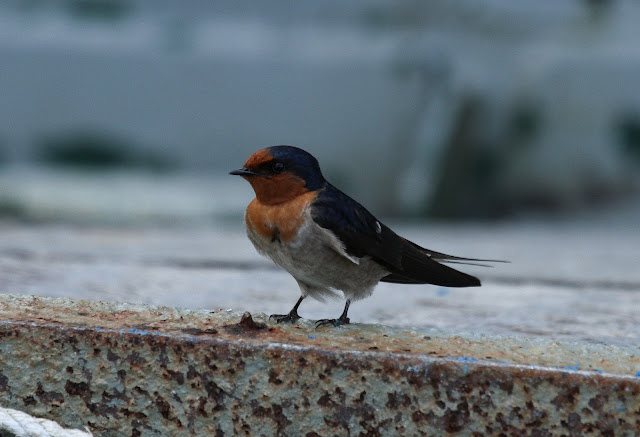 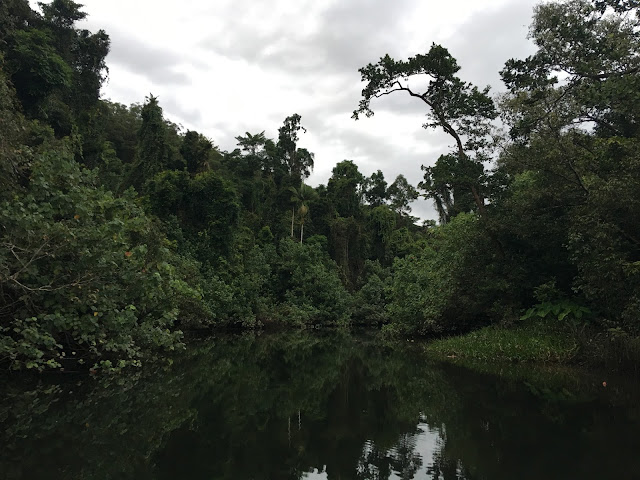 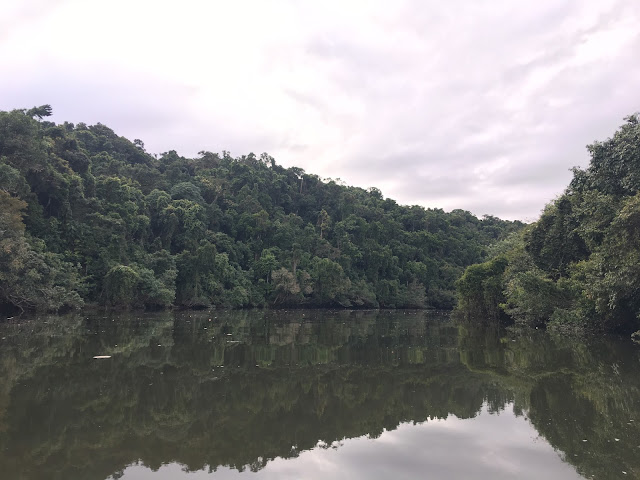 I'd planned on spending a good amount of time along Stewart Creek Road after the boat trip and Ian was able to direct me to the best spot along the road at 'gate 16' which is pretty much at the far end. I searched in vain for Lovely Fairy-wren (not that it mattered in the long run!) but in doing so notched up a good list of species.  A showy pair of Double-eyed Fig Parrots with a Pied Monarch and a Green Oriole nearby were added to with 4 Little Shrike-thrushes, several White-streaked Honeyeaters, 2 Dusky Honeyeaters, 2 Macleays Honeyeaters, Rufous-throated Honeyeater, 2 Fairy Gerygones, 2 Golden Whistlers, Grey Fantail, Rufous Fantail, Mistletoebird and 2 Varied Trillers. The best bird for me however was Yellow-breasted Broadbill, what a superb bird! A bit further along past the gate the habitat opens out and in a large tree beside a property there I had dozens of Barred Cuckoo Shrikes alongside a handful of Black-faced Cuckoo Shrikes and tons of Australian Figbirds. A rufous-morph juvenile Black Butcherbird showed ludicrously well by the road on the drive back. 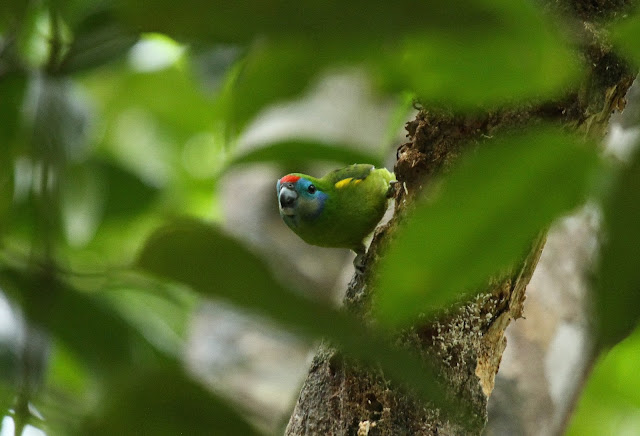 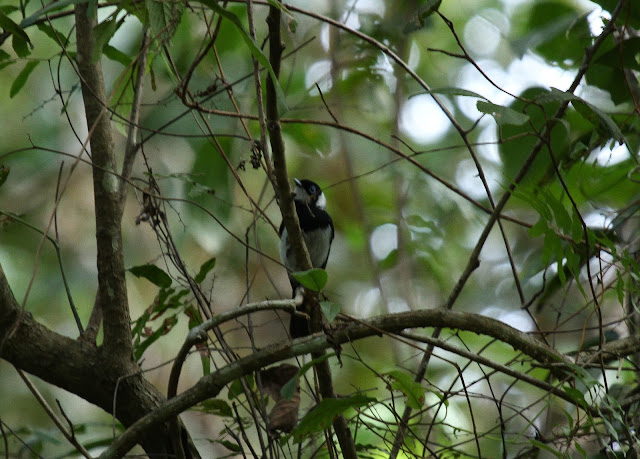 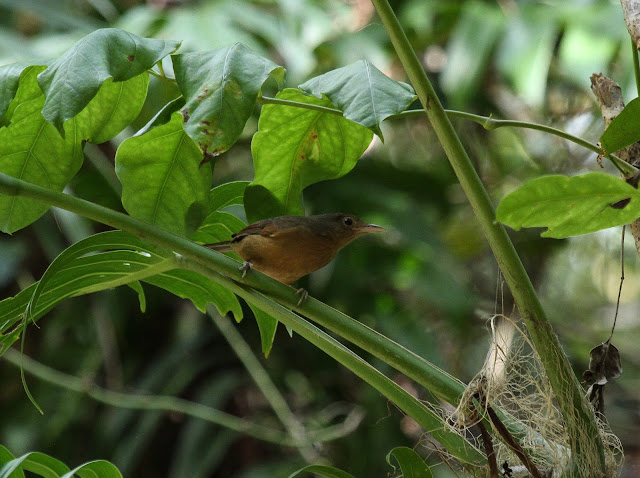 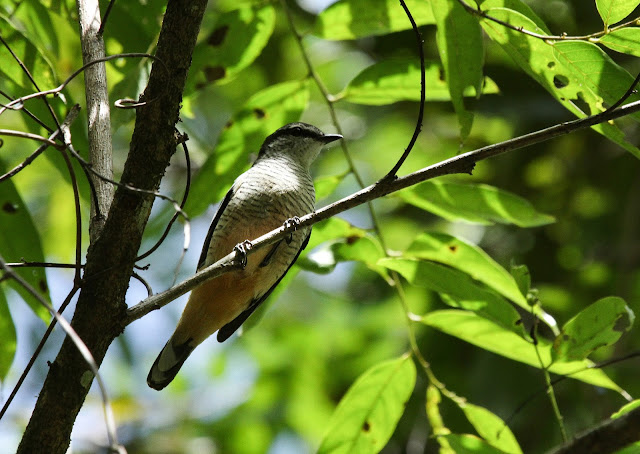 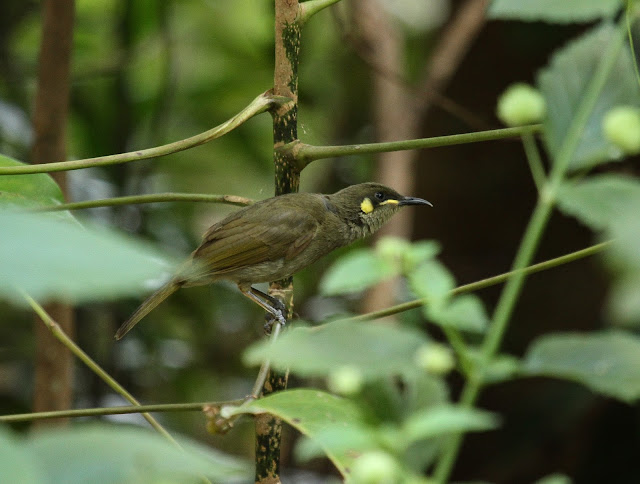 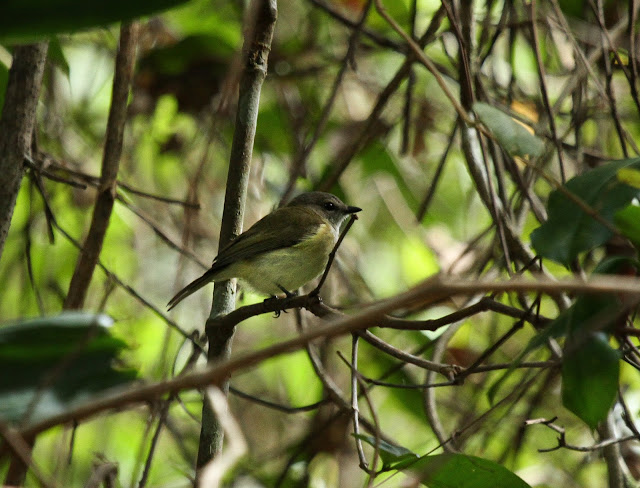 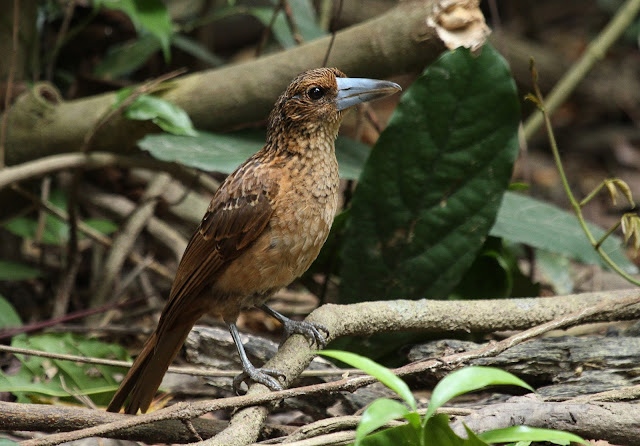 I eventually quit the scene and made the short drive to the Daintree River Ferry. Luckily there was no real queue and I managed to get on the next crossing having paid my $27 return fare. I headed straight to my next 'home' for the following 2 nights the Lync Haven Rainforest Retreat, checked in and decided to wander their rainforest trail in the last hour of the day. Imagine my delight to bump into a Southern Cassowary on the trail after a 'psstt' from a lady walking in front of me! It was always walking away from us along the path so I only managed one shot before is disappeared but what a moment, they are massive! Apart from that all I had was Spotted Catbird, 2 Little Shrike-thrushes, Spectacled Monarch and a couple of Orange-footed Scrubfowl.

I celebrated with a meal and a couple of beers at the on-site restaurant that night. 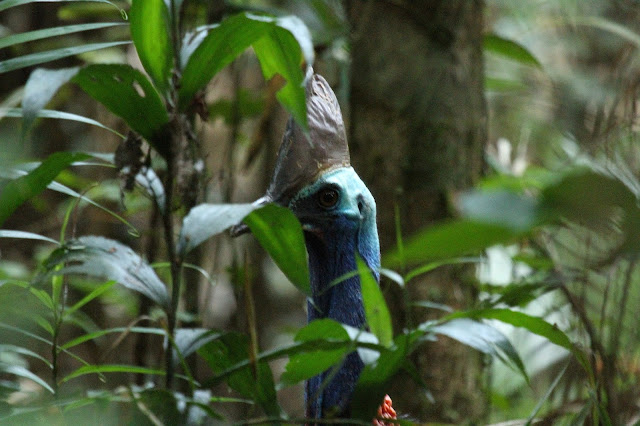 Southern Cassowary
Posted by Chris at 17:42