My final day.
Due to the campervan rental office closing at 15.30 it was sadly not even a whole day but I was determined to make the most of it.

Cairns Esplanade was once again my site of choice. Mainly because Alex Jones had tipped me off about a couple of potential lifers which would round my trip off nicely! I began at my Mangrove Robin spot and had one almost straight away again and then just a few yards away taget number one fell - Varied Honeyeater. I went on to see several along the length of the esplanade but this one showed the best in low bushes. Exploring the trees around the northernmost carpark I had Spangled Drongo, plenty of tame Peaceful Doves, Magpie Larks and a Double-eyed Fig Parrot. After a while I then got onto my second target and another lifer - a stunning Rose-crowned Fruit Dove feeding on fruit and allowing a few photos before it flew off towards the mangroves. On the adjacent beach was the last trip tick in the form of 2 Collared Kingfishers plus 5 Grey-tailed Tattlers. I set off to walk the length of the esplanade in a rather good mood! There wasn't much to add birdwise with just Common Mynas, House Sparrows, Metallic Starlings, Rainbow Lorikeets and a couple of White-breasted Woodswallows. I had a relaxed coffee and walked back considering my next move with Brahminy Kite and Eastern Osprey both livening up the walk. 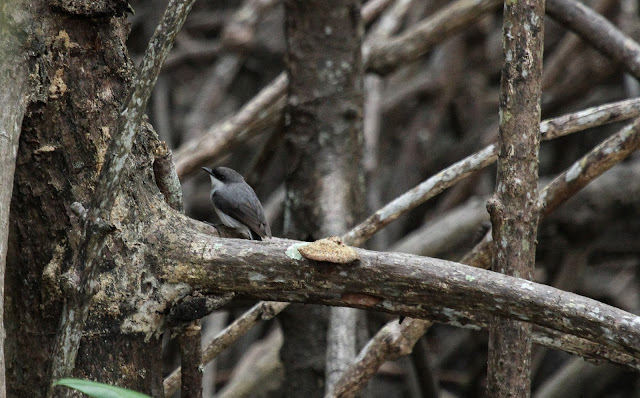 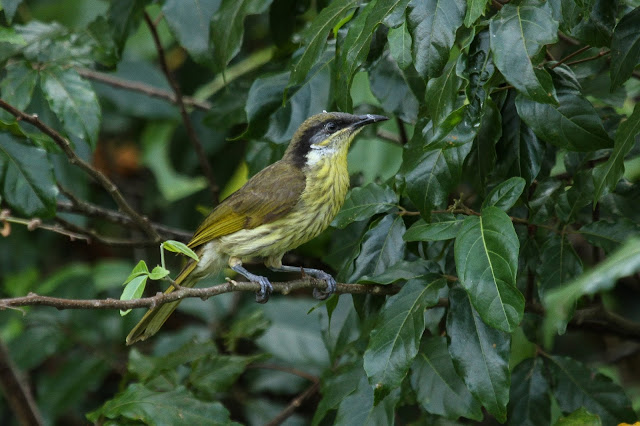 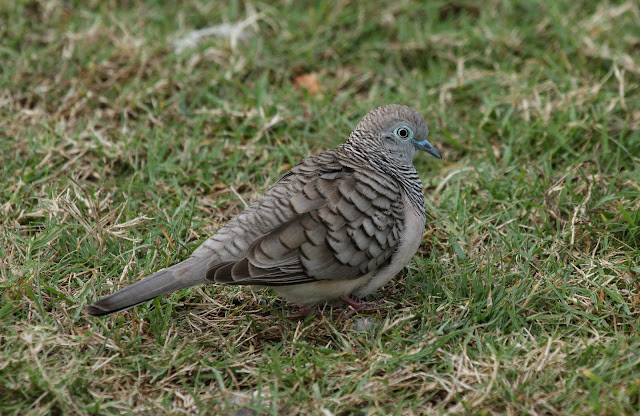 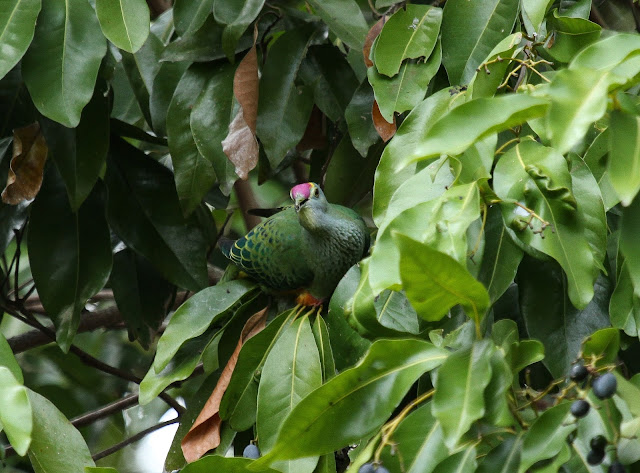 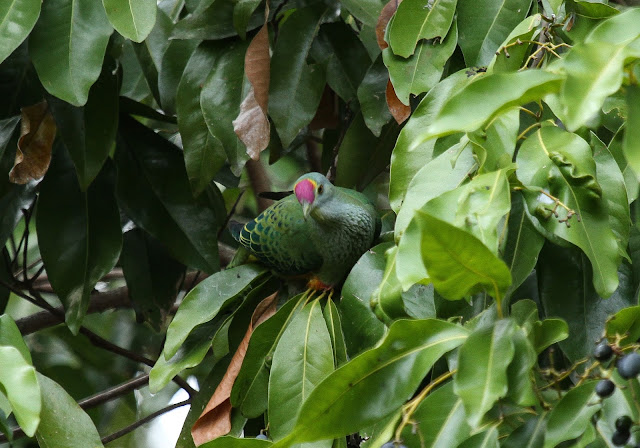 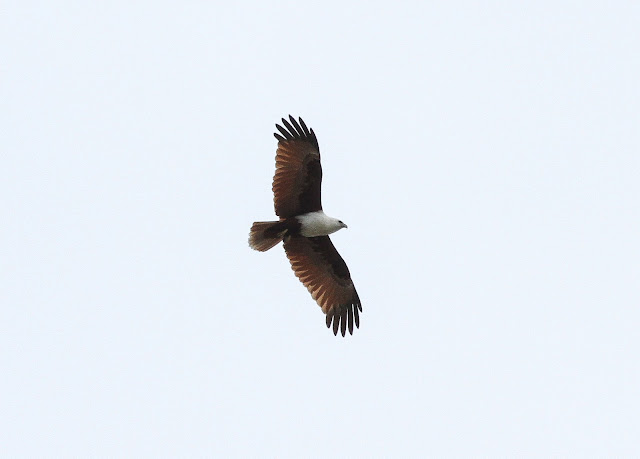 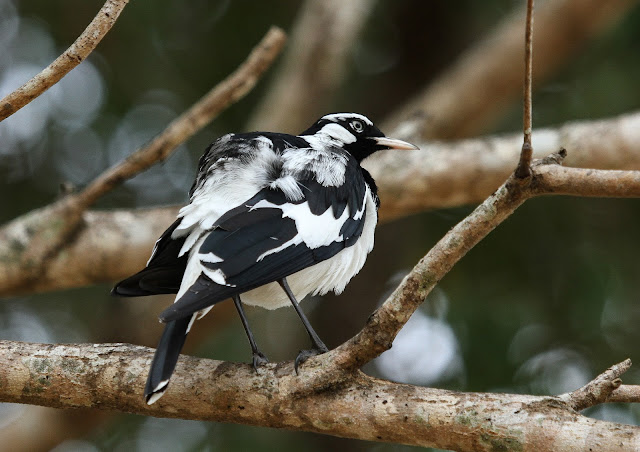 
I decided to give nearby Redden Island a look next. This patch of dry woodland on the north side of the Barron River mouth was plagued with mozzies but I stuck with it and despite a few bites ended up with some nice birds - Northern Fantail, Dusky Honeyeater, Brown Honeyeater, Brown-backed Honeyeater, Varied Triller, Rainbow Bee-eater and Scaly-breasted Munias. Down at the river mouth itself a Gull-billed Tern was flying up and down asking to be photographed and Crested Tern and Agile Wallaby were also seen. 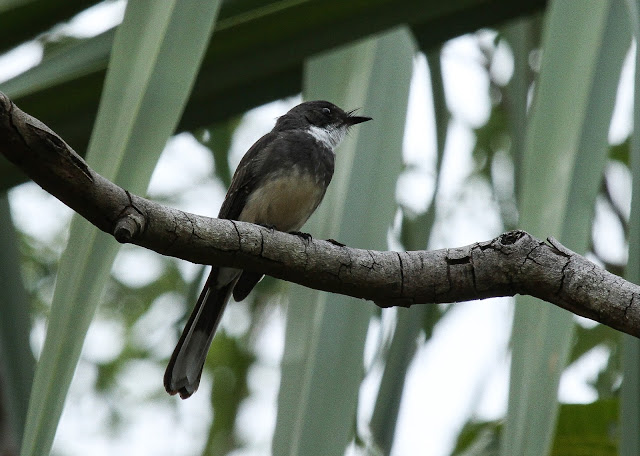 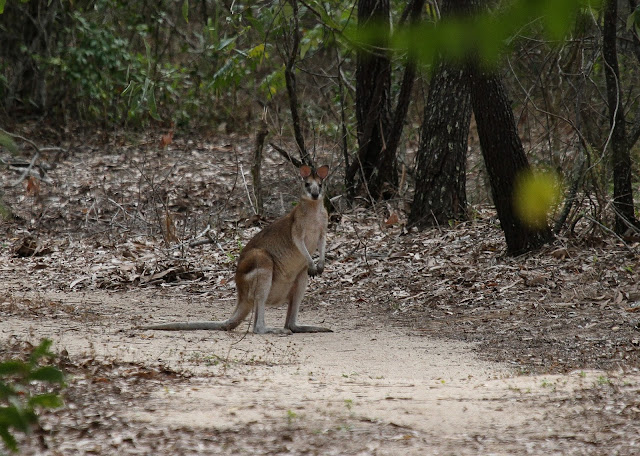 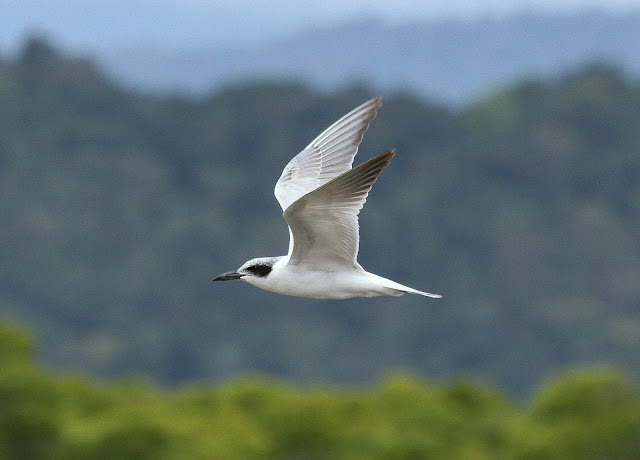 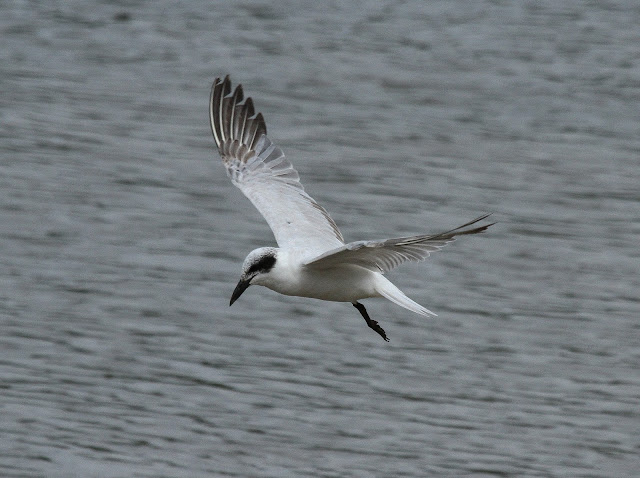 With time beginning to run out I drove the short distance north and back to Cattana Wetlands for one last hurrah. Birdwise it yielded nothing new but a showy Leaden Flycatcher, Green Pygmy Geese, Pacific Black Ducks, Comb-crested Jacanas, Black Butcherbird, Brown Gerygone and Black-faced Cuckoo Shrike followed up by an Azure Kingfisher along the boardwalk are not to be sneezed at. 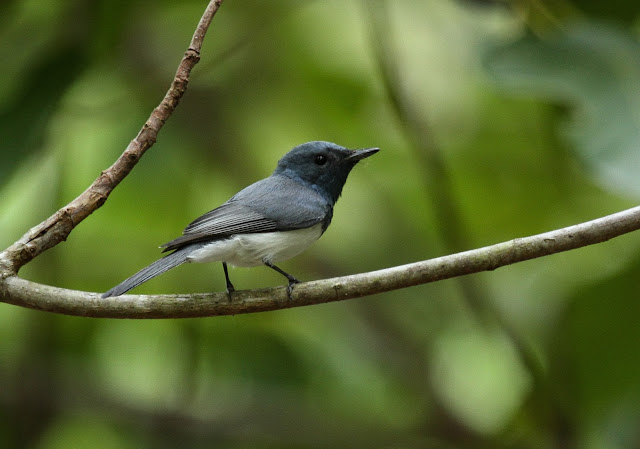 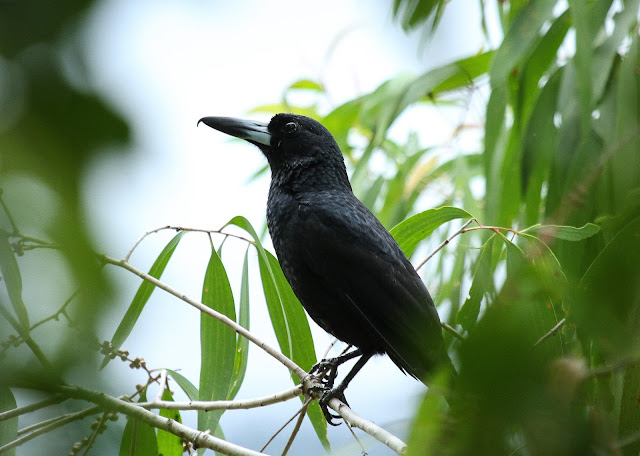 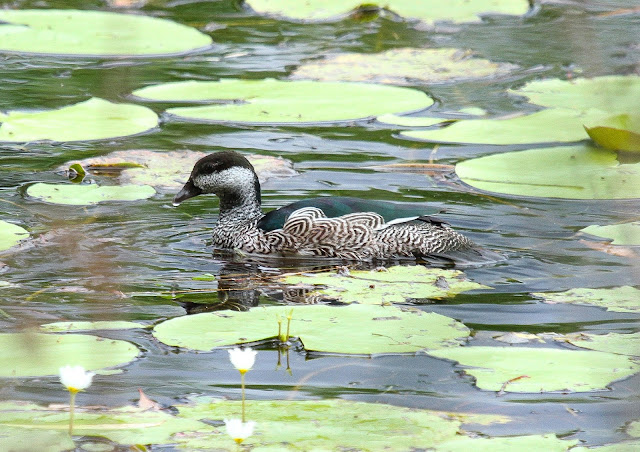 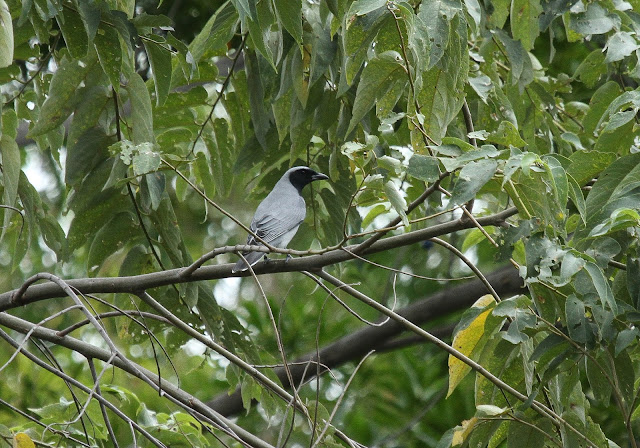 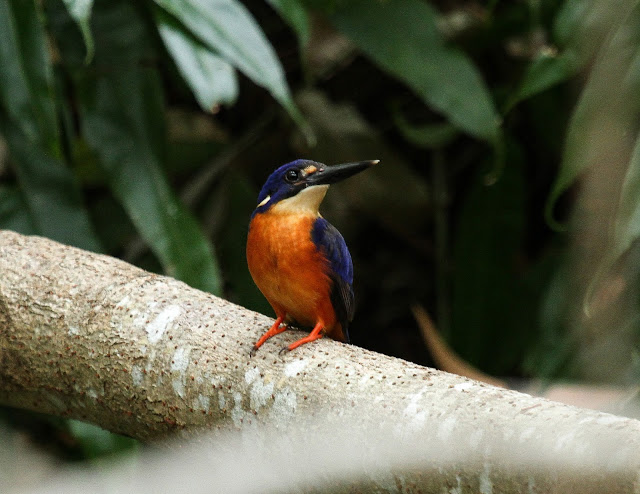 A 'Hungry Jacks' burger, a petrol stop and then a campervan drop off later and the trip was over.

The total tally was 231 species seen with 192 of those being lifers. Not bad for an Australian rookie!