A flying visit up to Blakeney this morning to pay homage to the small group of wintering Lapland Buntings along the seawall from the quay carpark. Seeing them was easy enough but they didn't come anywhere near as close as I was hoping so my one shot below is shit! In all there were c7 with a couple of Reed Buntings, several singing Skylarks but no sign of any Twite.
On the way to Wells (where the Shag was nowhere to be seen at the quay) a Red Kite was circling by the coast road between Morston and Stiffkey. 3 Little Grebes at Wells Quay and a Common Buzzard near Corpusty were the only other things worth a mention.
Not my best birding day but you can't turn your nose up at nice scope views of Laps! 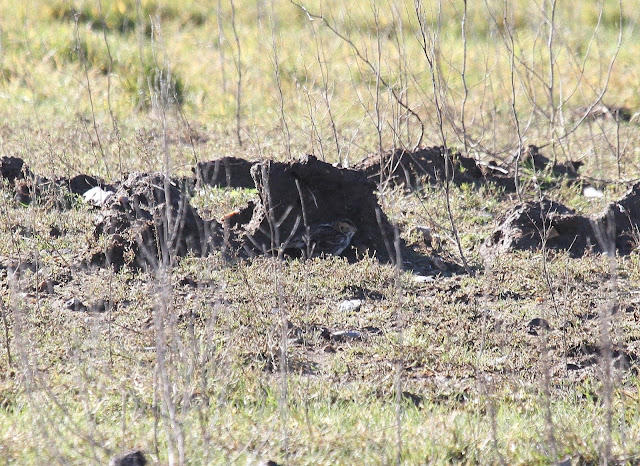 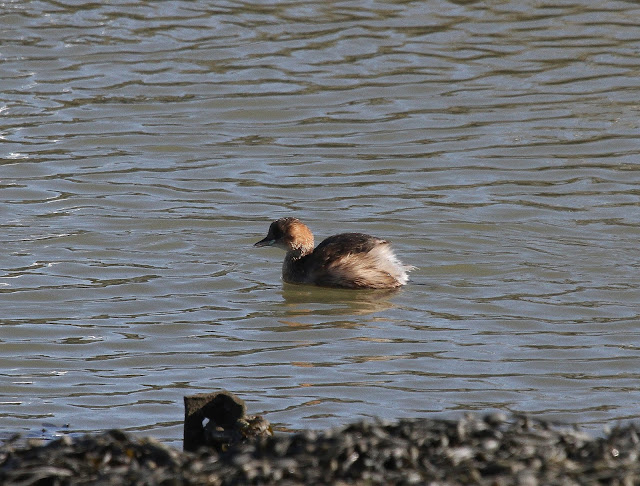 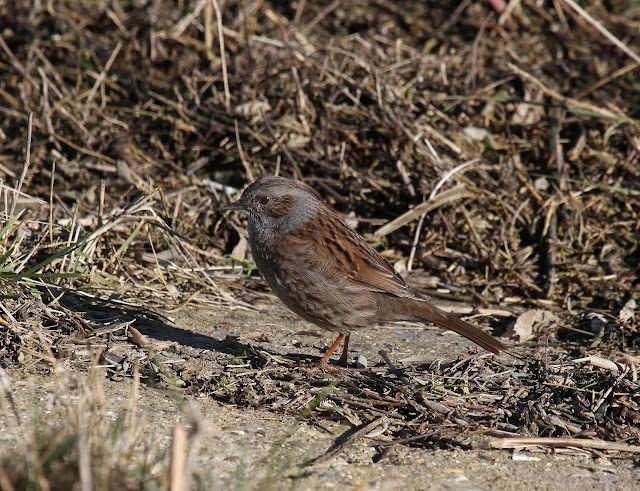 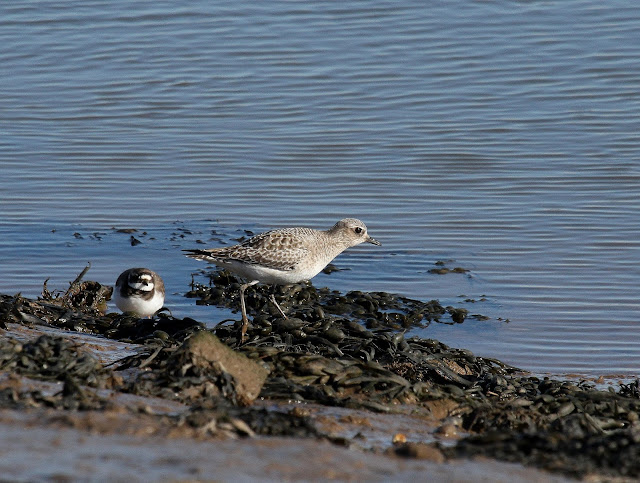 Valentine's walking in Dunwich Forest/Westleton Heath this afternoon but not before a quick stop in at the Blyth Estuary on the way.
It didn't take me too long to locate the wintering Green-winged Teal amongst Teal but I needed to walk right to the end of a bund to get close enough!
Dunwich Forest was very quiet with just Coal Tits and Treecreeper but a nice showy Chiffchaff in the south facing gardens of the Dingle Hill Tearooms is obviously wintering there. Other than that 3 Barnacle Geese flew south at Dunwich beach where a Reed Bunting was all I could find at the beach pools there.
Posted by Chris at 17:19 No comments:

Making the most of a dry sunny (if rather windy) day I headed for the North Norfolk coast today after some work-based chores in B&Q!

Holkham Park Lake was my main destination and it came up trumps with the female type Ferruginous Duck seen on arrival near the monument. Loads of Pochard, Tufties, Gadwall and Teal, a single female Goldeneye, Little Grebe and a few Shoveler were seen too but a large flock of aythya ducks flew towards the south end almost as soon as I arrived so I had to hike up to that end as well.
Luckily the 3 Scaup (2 first year drakes and a female) were in the first group I came to and into the bargain a strange and educational presumed Ferruginous x Pochard hybrid was also in the same flock. With not much other action in the woods apart from the feral herd of Fallow Deer, I walked back to head west along the coast. A close perched Barn Owl on the edge of Holkham Freshmarsh gave me my first ever half decent shots of the species! 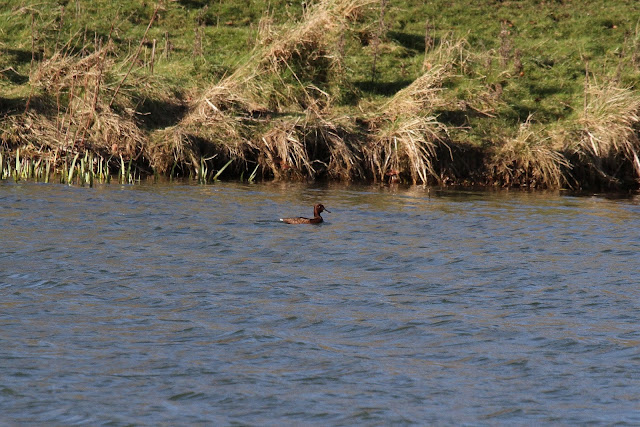 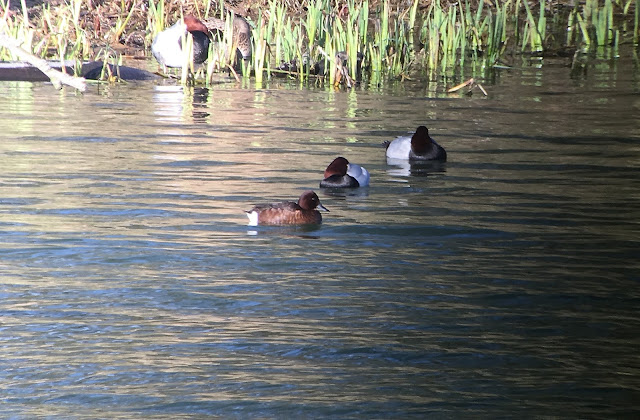 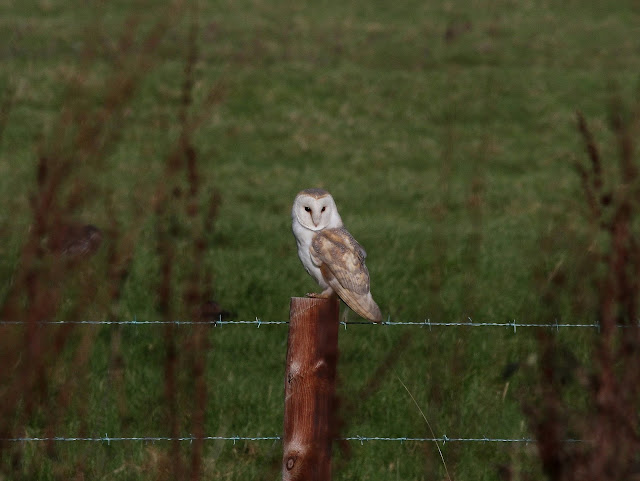 A quick pop into Brancaster Staithe next and this time the wintering Red-necked Grebe was showing very nicely close to the carpark where there were also a couple of Red-breasted Mergansers, Grey Plover and common waders loafing about. It was blowing a hoolie there though! 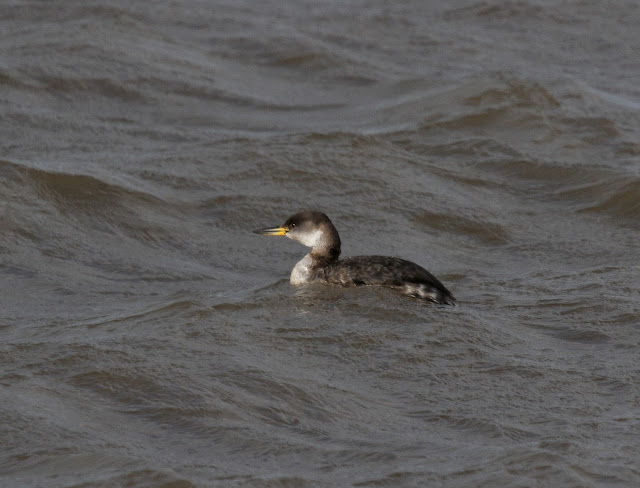 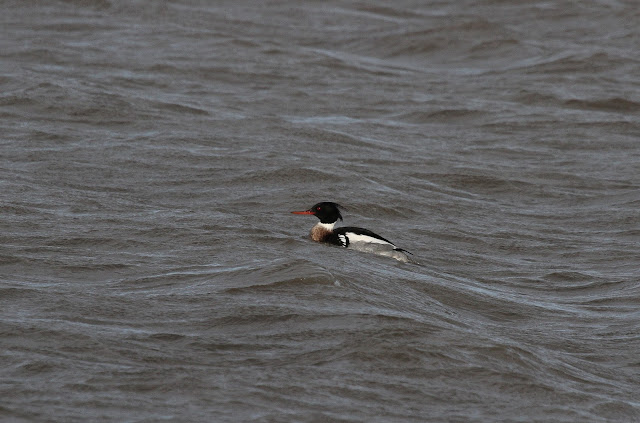 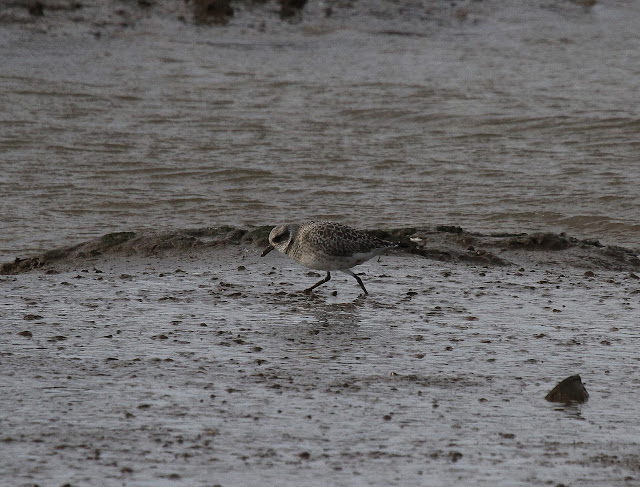 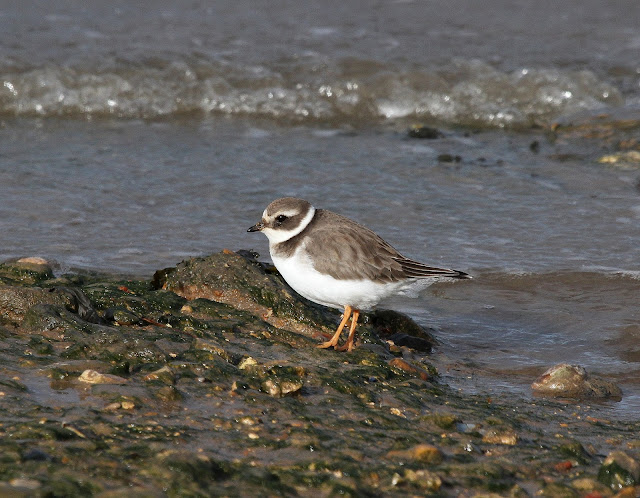 I'd planned to finish the day at Roydon Common but with a little time to spare I called in at Abbey Farm, Flitcham. And low and behold the Pallid Harrier showed briefly within just 10 mins! It very quickly flipped over a hedge and wasn't see again though so I filled my boots with views of c20 Tree Sparrows and c40 Bramblings before heading to Roydon. 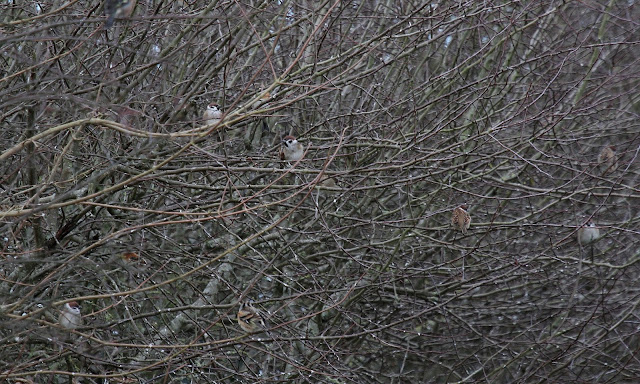 I'd not been to Roydon Common for years and the roost tonight was mega! Within 10 mins of arrival the Pallid Harrier sailed in from the NE and showed superbly (the first really good views I've had!) and 4-5 Hen Harriers (all ringtails) showed equally well in the sun. Yellowhammer and Snipe rounded off a great days birding.

Pinch punch first of the month!
And with it a trip down into deepest Suffolk for a days birding.
I headed for Alton Water first and parking at Tattingstone Wonder I strolled down to Larch Wood Hide to the feeders there. The feeders were buzzing with at least 8 Lesser Redpolls, 1 male Brambling, and loads of the common tits plus Coal Tit, Chaffinches, Dunnock and Robin. I spent a while enjoying the spectacle which I had all to myself.
Down at the main visitor centre I baulked at paying the £3 daily carpark charge and used the sailing club carpark instead. From there I picked out the Great Northern Diver but little else so quickly headed back to Tattingstone Wonder ready to don my boots and hike looking for grebes. I met another birder here (nice to meet you Paul!) and together we walked east towards Rabbit Wood. Eventually we picked up the 2 Black-necked Grebes looking back towards the dam where the Great Northern Diver was still lingering, a Kingfisher whizzed by and then on the walk back I picked up the Red-necked Grebe off Larch Wood having checked dozens of Great Crested Grebes. Other than a single Goldeneye and some Tufties that was it. 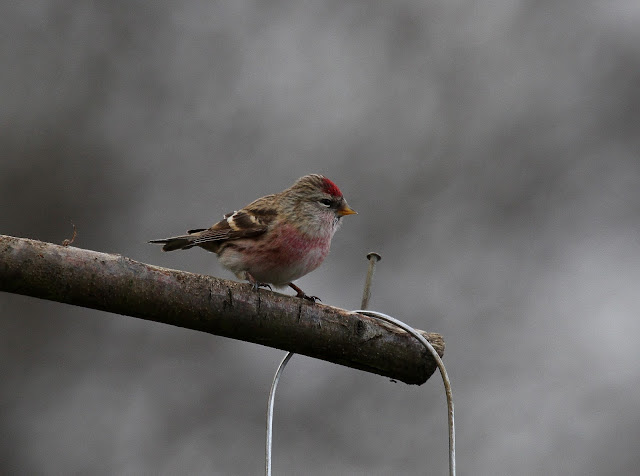 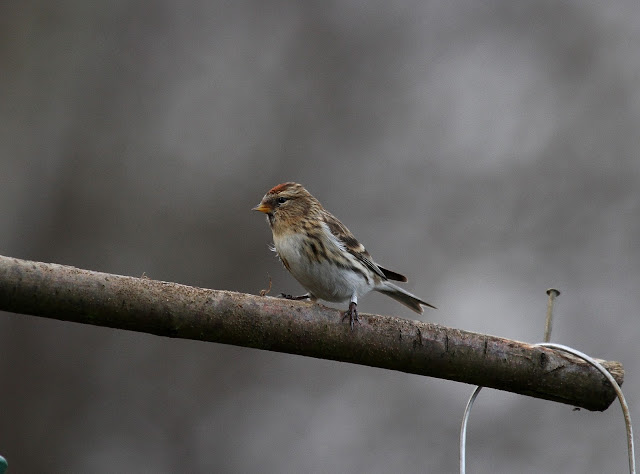 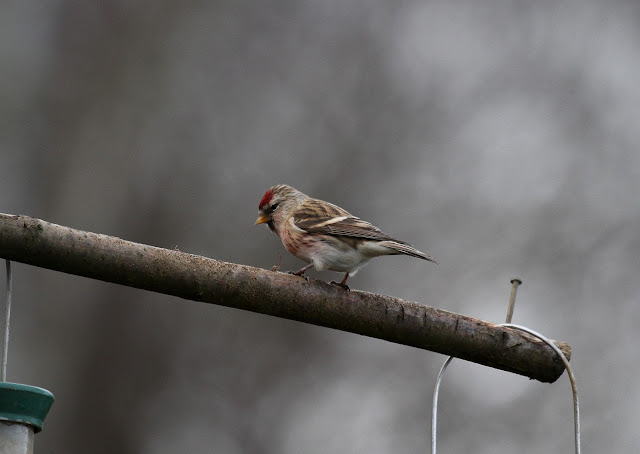 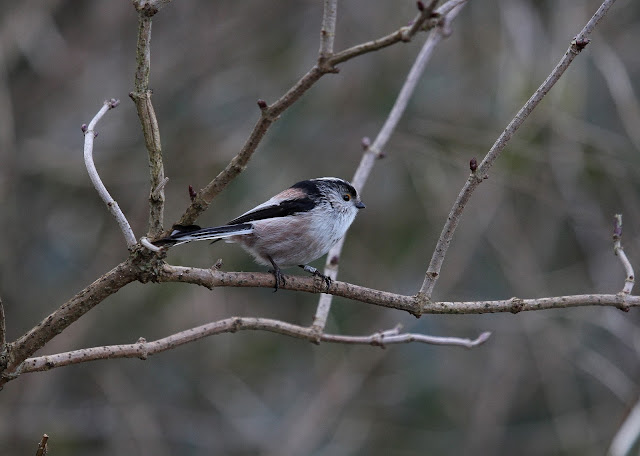 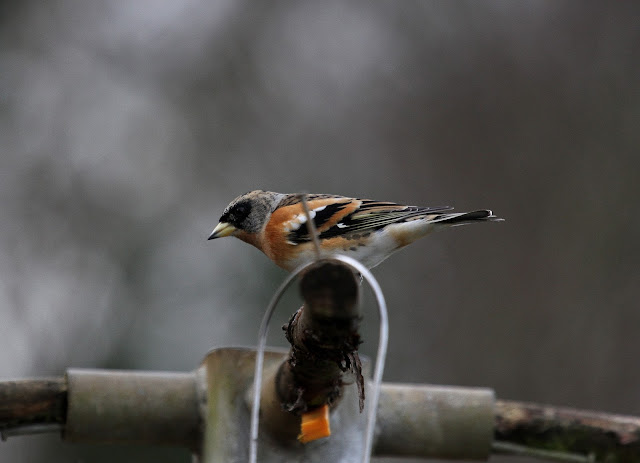 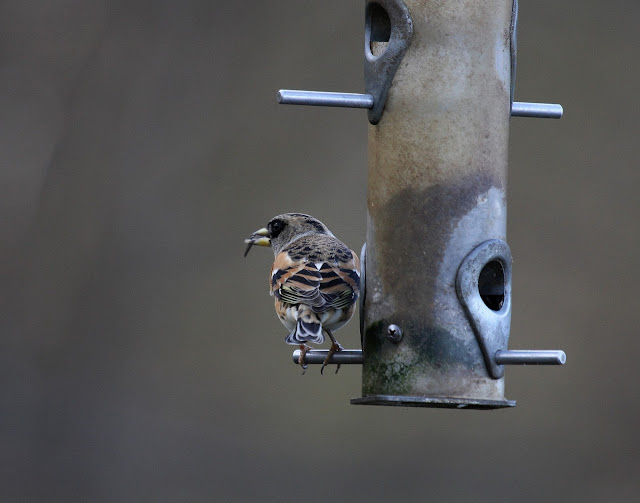 With time getting on I quite the scene and headed through the Ipswich traffic to Christchruch Park. The resident Tawny Owl was sadly absent but the pond area came up trumps with 3 Goosander (1 drake), plenty of gawdy Mandarins, Kingfisher, c20 Siskins in alders and a strangely confiding Stock Dove. A Little Grebe there also made it a 4 grebe day. 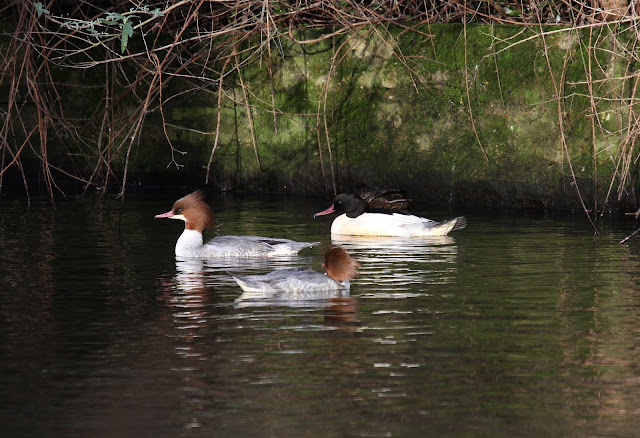 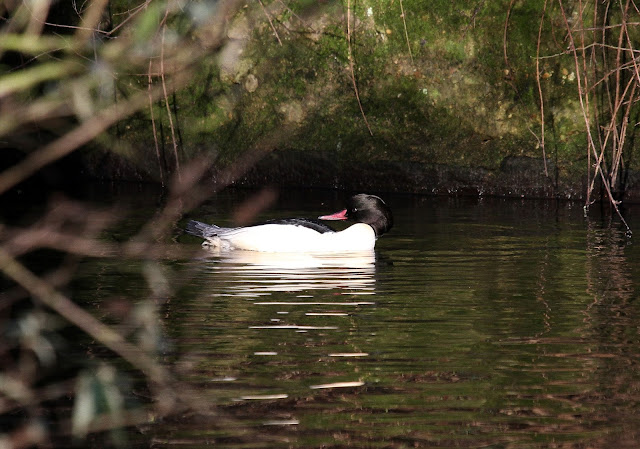 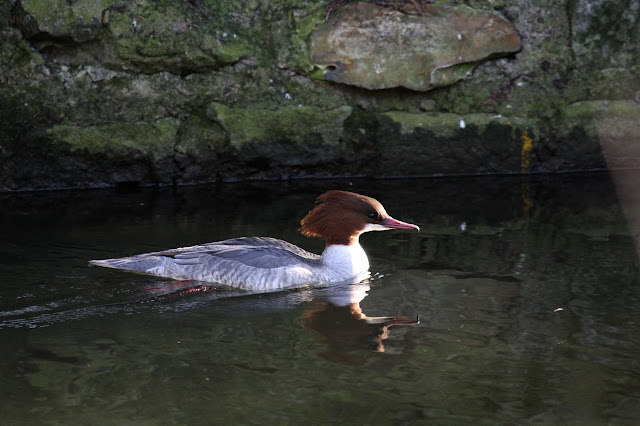 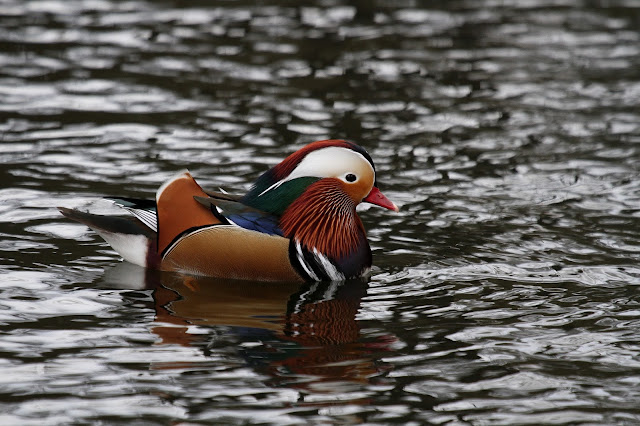 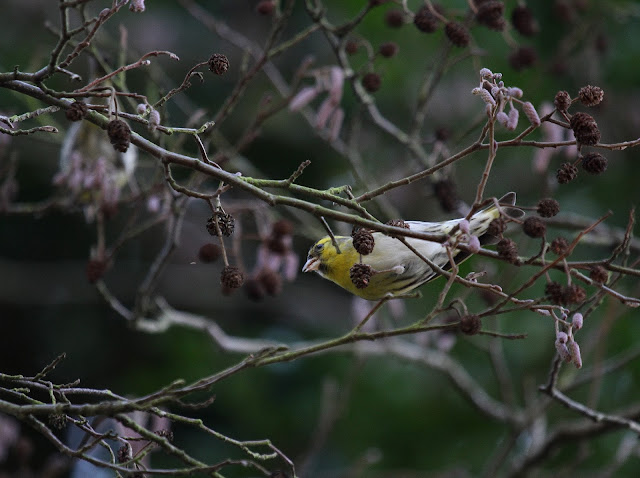 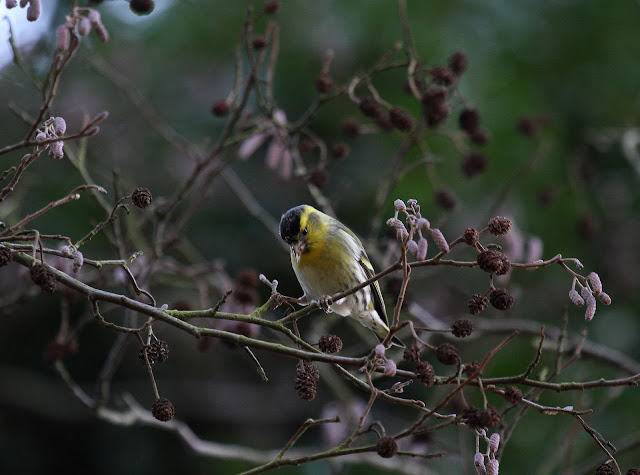 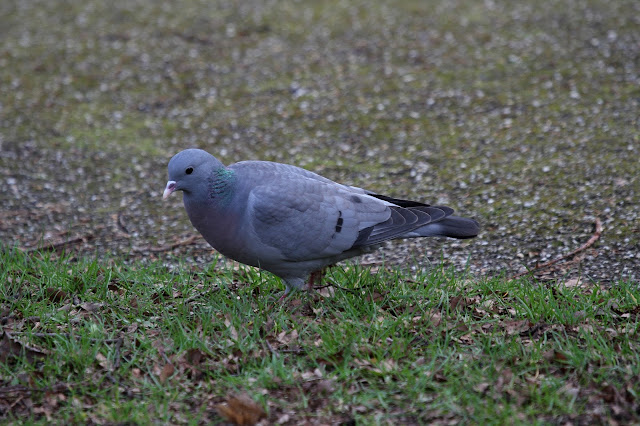