With very little news of anything yesterday it seemed my spare day off today was going to be a flop - that was until news of these little beauties broke and that obviously made my mind up where I was going!

It didn't take me long to drive to Boyton Marshes and luckily I grabbed one of the very limited parking spaces by Banters Barn and hiked out along the seawall. The 2 adult Trumpeter Swans were with a small flock of Mute Swans with the target birds being amongst the closest birds for a change. I wasn't able to see the legs due to the crops they were feeding in but those who have confirm that both birds are unringed. One thing is for certain - the ID is not in question but the birds origins will probably never be known. With no accepted British or WP records it seems unlikely the powers that be will look upon them favourably but I'm a firm believer in 'innocent until proven guilty'. In their favour, they were wary (far more so than the Mutes when walkers passed by on the seawall), the population in the US has been expanding hugely over the last 30 years, there are 2 birds and they are unringed and free-flying. Against them the fact that they are largely a species of the west coast of the US and undertake only medium distance migrations, breeding in Alaska and wintering along the Pacific seabord. 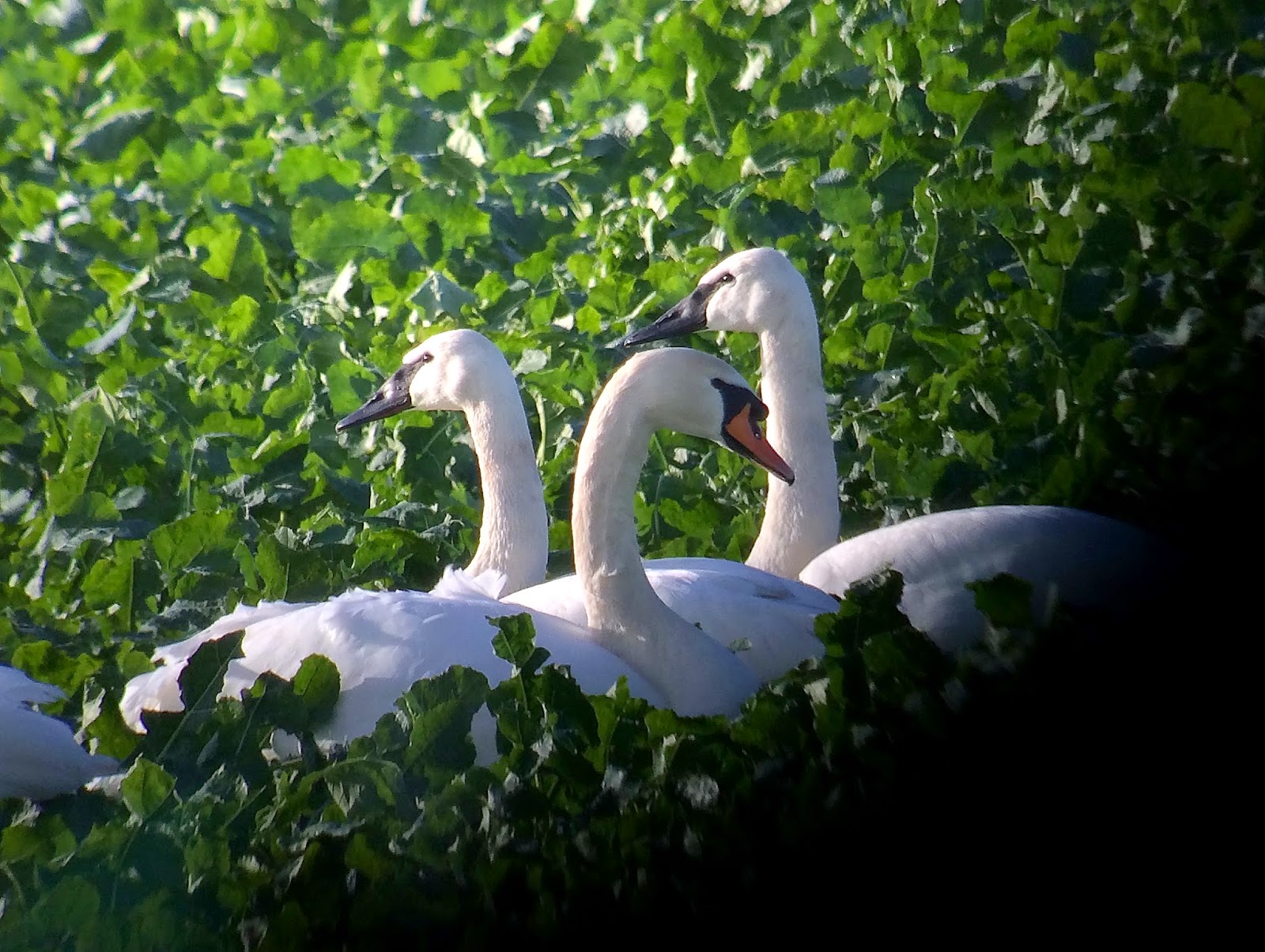 The Gambia - return to West Africa!

With Thomas Cook deals for a week in the Gambia in January at ridiculously cheap prices we've gone for it and book ourselves a cheap getaway!
Last time we went was 4 years ago and we didn't venture 'upriver' but this time we have 3 days to Tendaba and Georgetown with my guide and buddy Ebrima Barry. He's planning visits to Bama Kuno Forest, Kampanti Ricefields, Kiang West NP, Tendaba, Ngain Sanjal, Kaur Wetland, Njau Wetland, Panchang Wetland and Nyaga Bantang Wetlands so it should be good.
Belinda is mainly looking forward to Hippos and Chimps!

Looking forward to some easy birding with views like this... 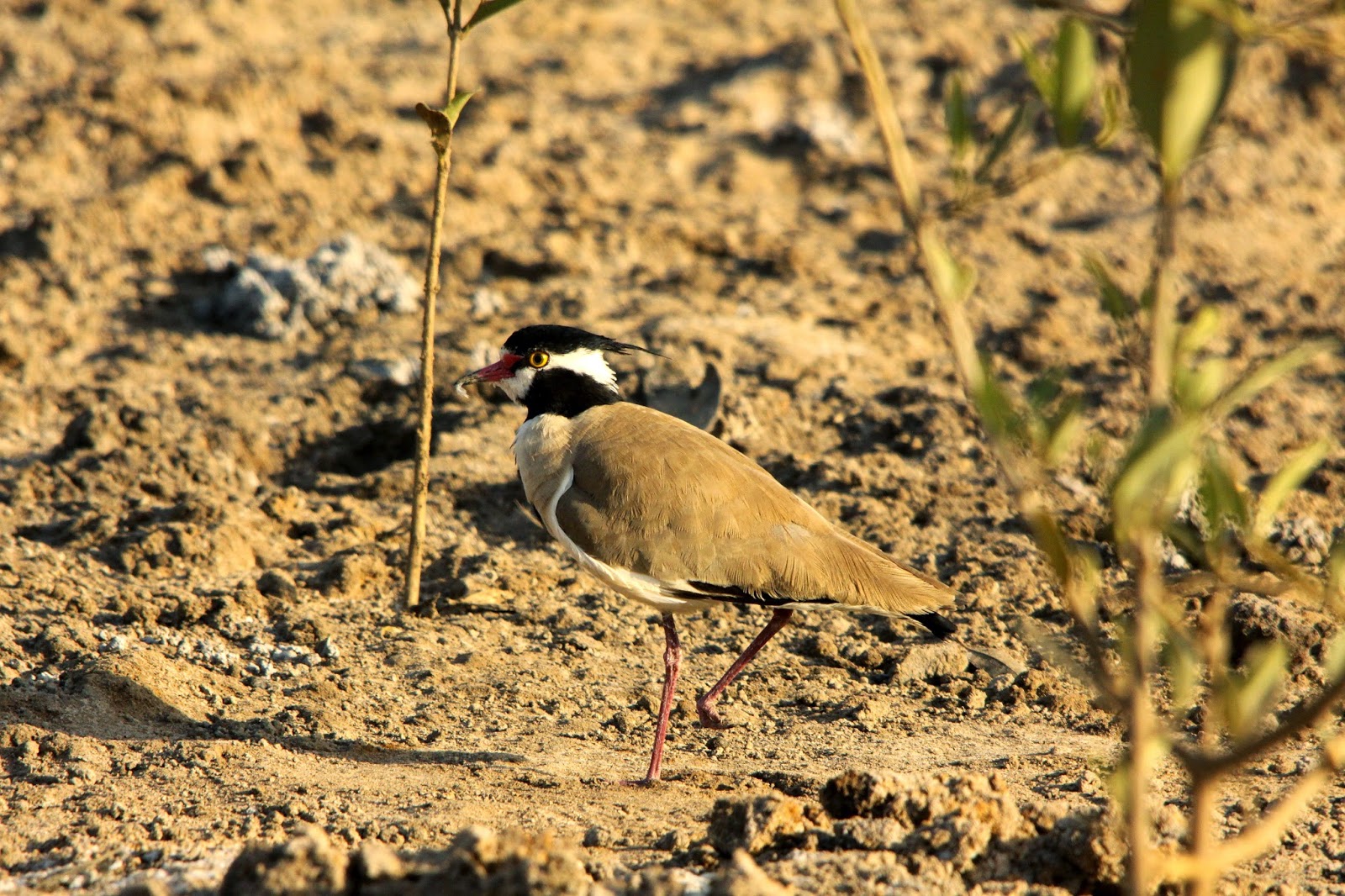 Black-headed Plover
Posted by Chris at 13:04 No comments:

6 miles walked up and down this stretch of coast today but I gave the area a thorough flogging and eventually winkled out the goodies!
A walk down to Covehithe Broad initially produced nothing but 2 Goldeneye on the broad but I then inadvetently flushed the 3 Shorelarks from deep in the marrams and they flew high south towards Easton Broad. Cue a long hike which was worth it because I managed to relocate them right at the south end of Easton Broad and take a few snaps before they flew all the way back to Covehithe. This was keeping me fit! Luckily they showed really nicely back at Covehithe but the redhead Smew still eleuded me despite a thorough search. Just a Marsh Harrier, 2 Little Grebes and a couple of Pochard to add to the count. 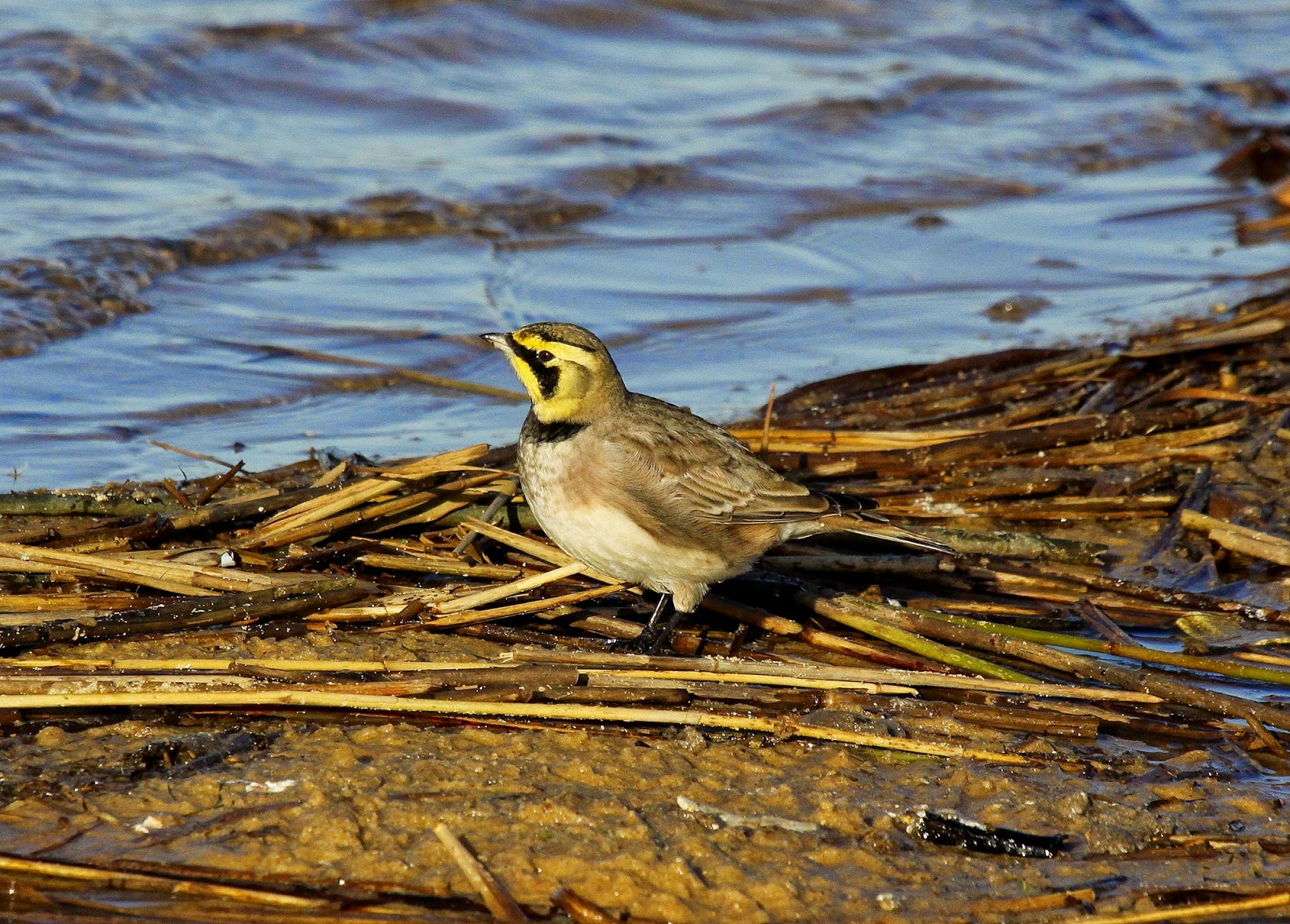 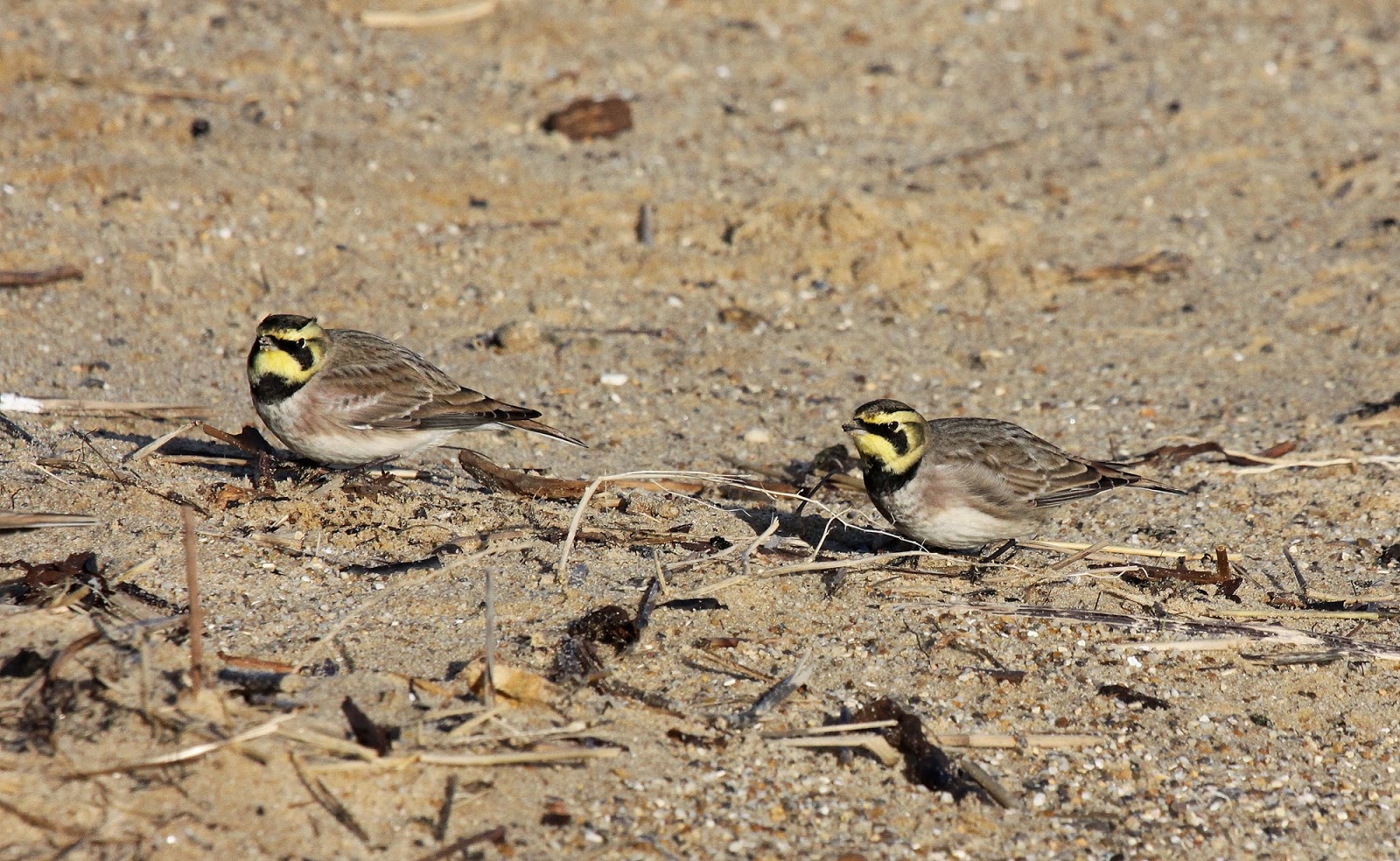 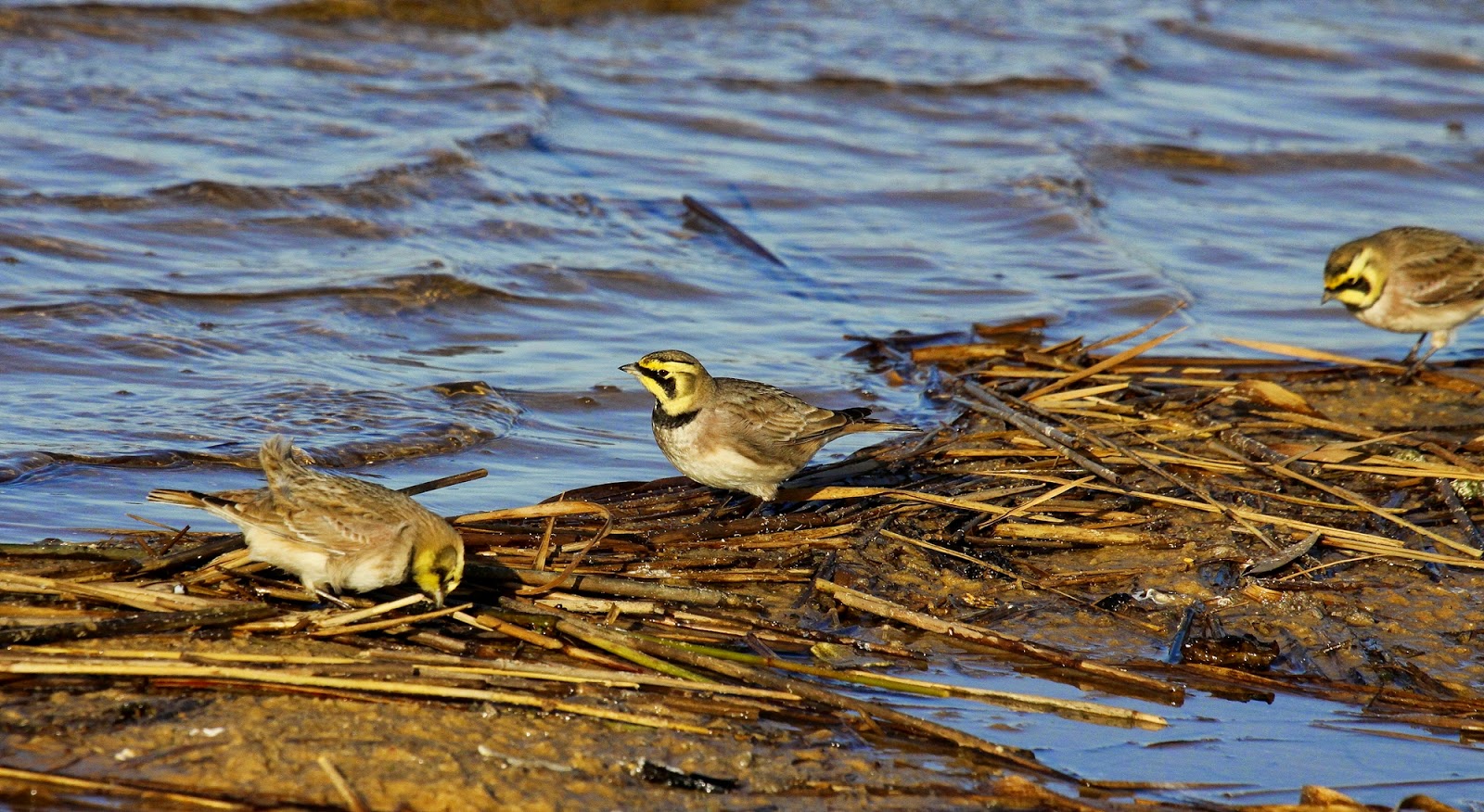 After a coffee I then headed north along the clifftop to Benacre Broad where the Great Northern Diver was quickly located and watched nicely. A quick scan of the many Common Gulls revealed 3 adult Mediterranean Gulls loafing in their midst but apart from Little Grebe, a pair of Goldeneye and another Marsh Harrier the broad was pretty quiet. Back in Covehithe village I checked RBA only to find out the Smew had been reported so back to Covehithe Broad I trudged and this time it was the first bird I looked at! 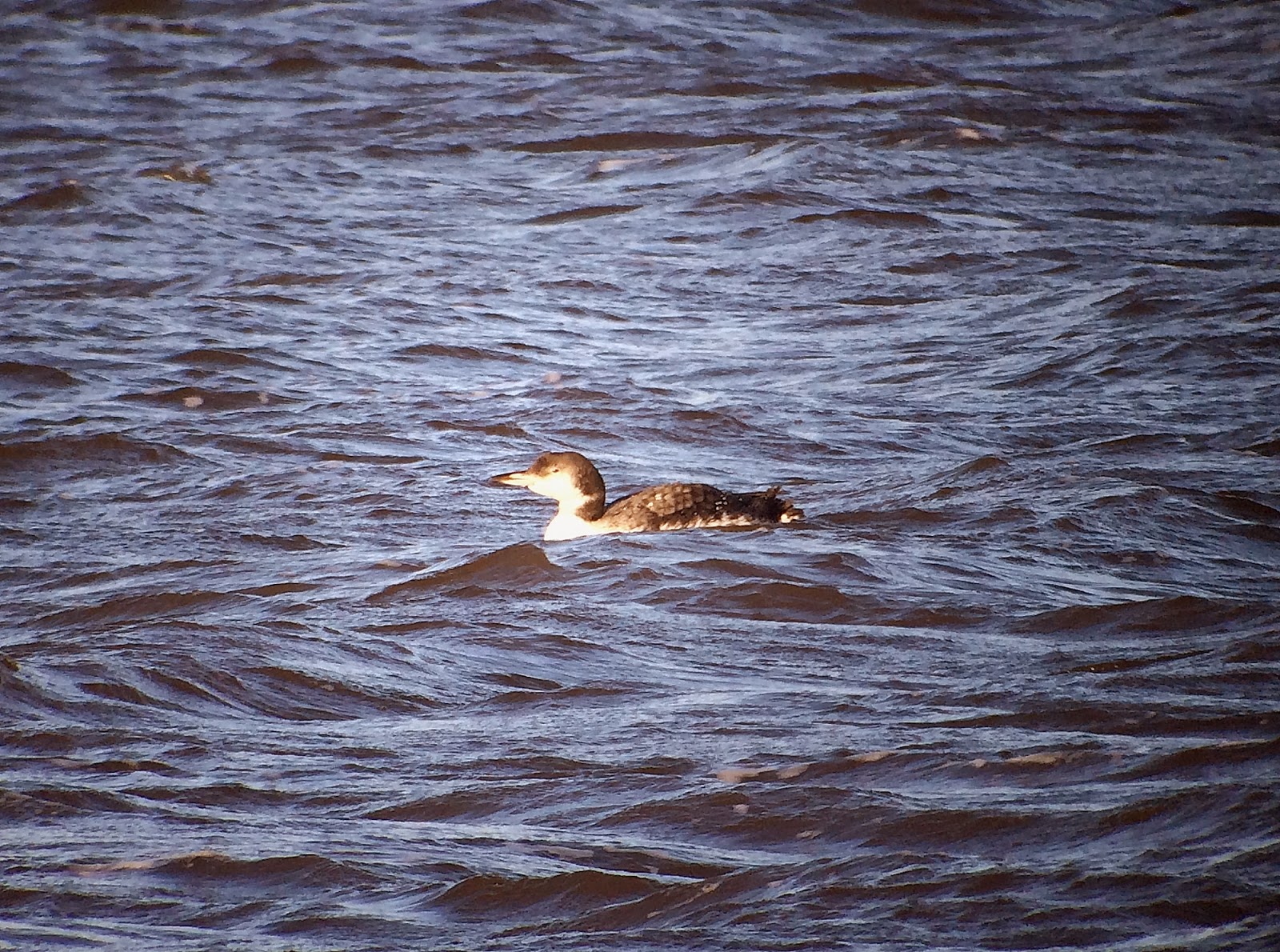 Great Northern Diver
Posted by Chris at 17:17 No comments: