OK, I've given in to the 21st century and signed up for Twitter! I'm gonna keep it to just bird and other nature stuff so it's pretty relevant to this blog.
Follow me at @Chris_Lansdell

Bluethroat and another Wryneck, 30 August 2015

Despite not making a very early start and then getting caught in every hold up possible Belinda and I eventually made it to Winterton late morning. Not before bumping into Jus at Martham on the way where he had 7 Mediterranean Gulls in a field.

After a walk up the North Dunes at Winterton the male Bluethroat showed surprisingly quickly around one of the ponds but despite several nice views it steadfastly refused to come out in the open so no photographs. Being so scarce in recent years it was nice to catch up with one again.

After a coffee at Winterton Beach Cafe we headed for Caister for some more unashamed twitching. The Wryneck here showed very nicely in the grass by a path c500 yards south of the Beach Road carpark before it flew over the fence into gorse on the golf course. A Whinchat was also on the GC and upon getting back to the car Dave Holman produced a Vestal moth he'd caught in the heather at Winterton!

On the way home a Kingfisher flew over the A1064 from the Filby Broad side to the Rollesby Broad side.
Posted by Chris at 17:13 No comments: 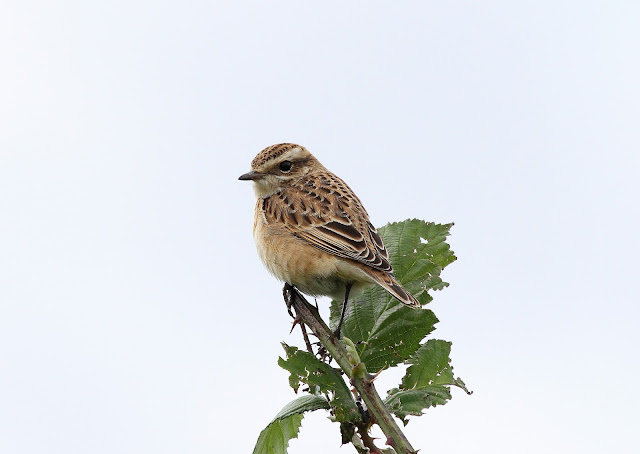 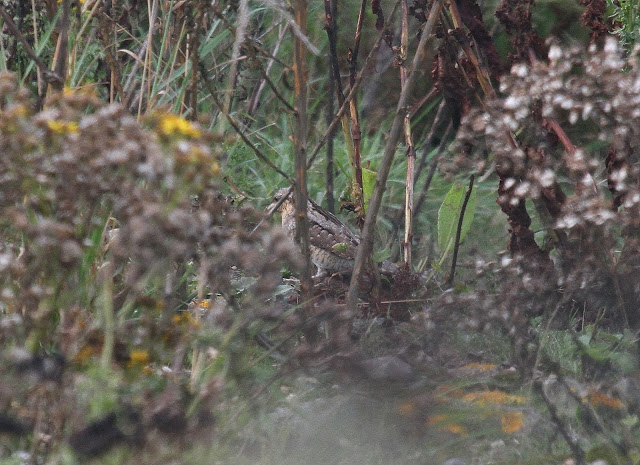 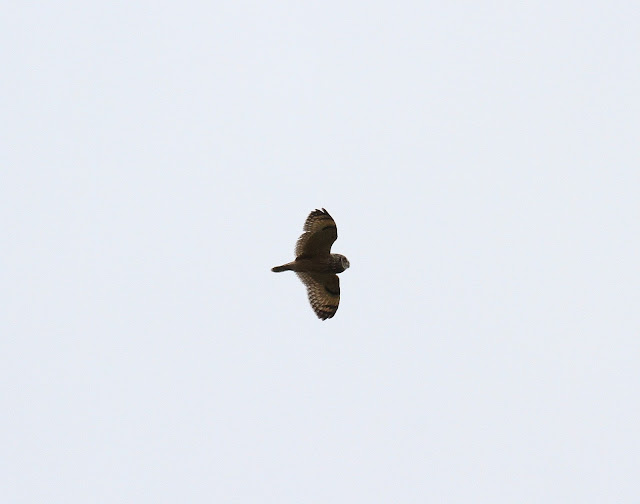 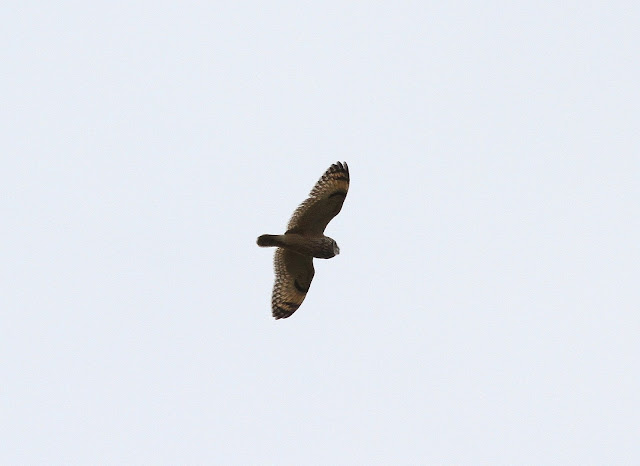 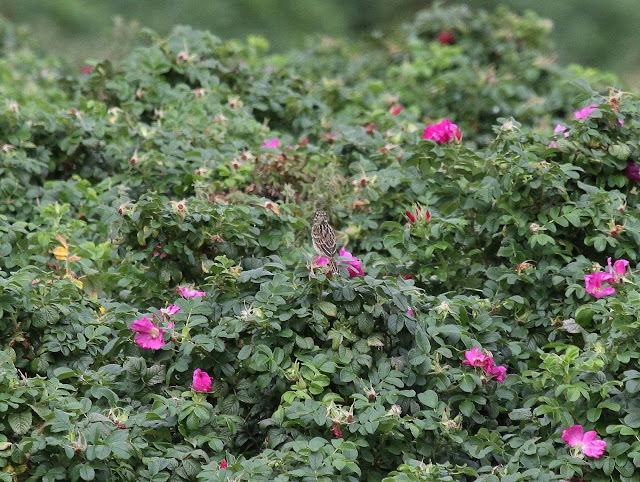 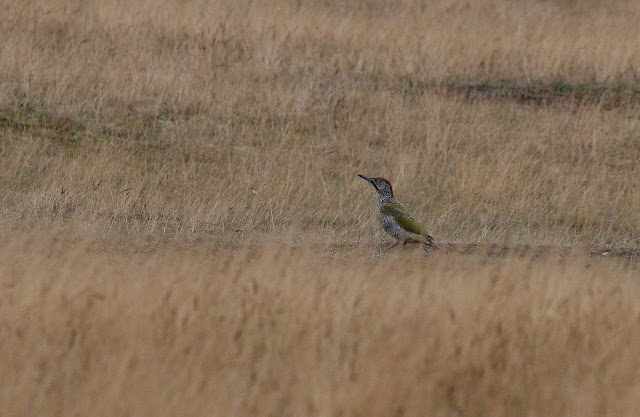 Having not been to the Birdfair for a couple of years I headed off for a Friday visit with Jus and Andy. A very enjoyable day was had with plenty of catching up with people, 4 interesting lectures (Borneo, Northern Peru, Somaliland and The Sound Approach) some nice ideas for future trips and of course a couple of book purchases!

A visit here wouldn't be complete without some birding so after the fair had closed for the day we headed off to a few of the hides. In a couple of hours we managed Hobby, Common Buzzard, Tree Sparrow, 2 Treecreepers, Bullfinch, c5 Yellow Wagtails, 4 Common Sandpipers, 6 Green Sandpipers, 2 Greenshank and a Ruff plus good numbers of Little Egrets and c4 Egytpian Geese which presumably aren't mega common in the midlands. The star attraction was the Ospreys however and after seeing and photographing a nice singleton from Mallard hide we then finished the evening off with a family party of 2 adults and 3 almost fully grown young around their telegraph pole nest from Manton Bridge. 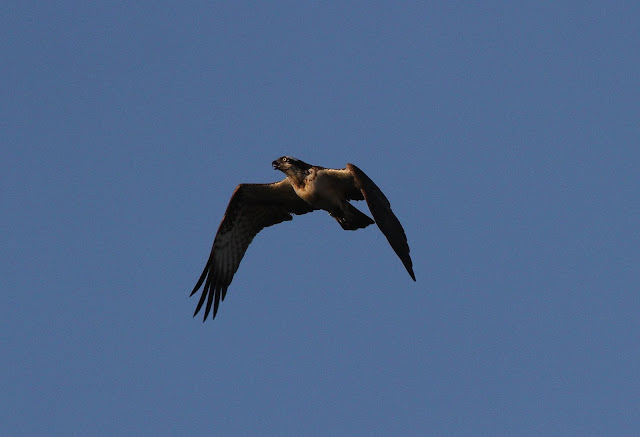 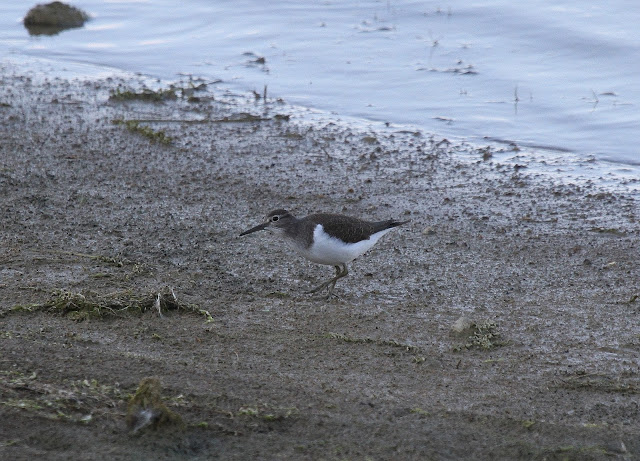 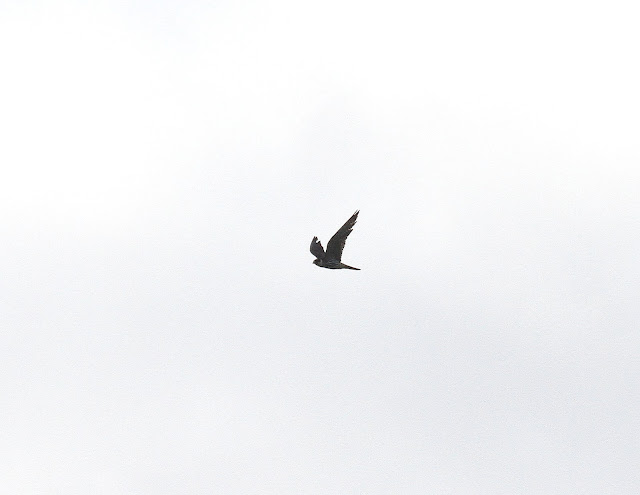 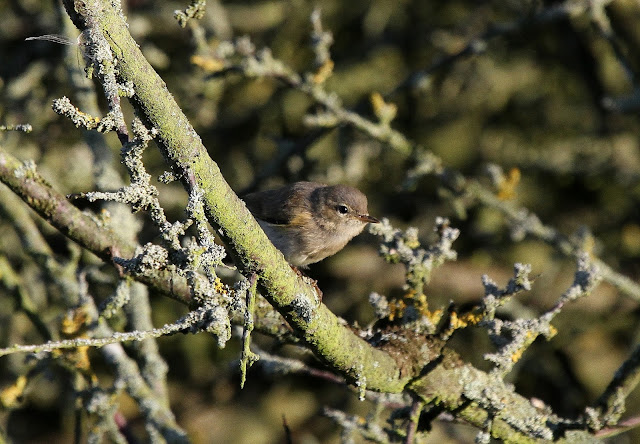 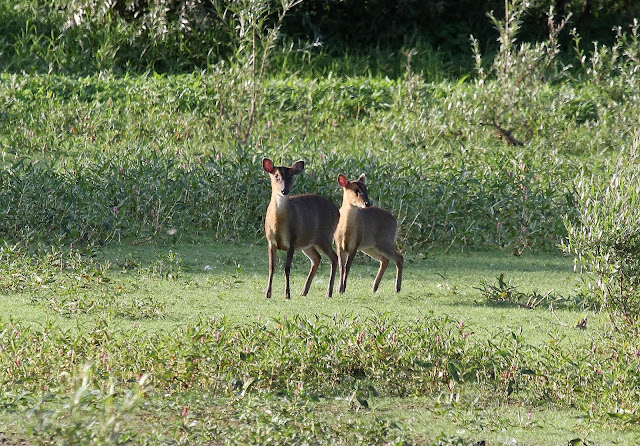 Muntjacs
Posted by Chris at 11:34 No comments:

Moth trapping this week (the first time the trap has been out for yonks!) gave a me several new species for the garden plus a mystery specimen which is going to be looked at by Jon Clifton. That specimen is a footman which looks very like a Hoary Footman which would be a Norfolk first but could also be a faded Scarce Footman which would only be a garden first!

More on the mystery footman when I know... 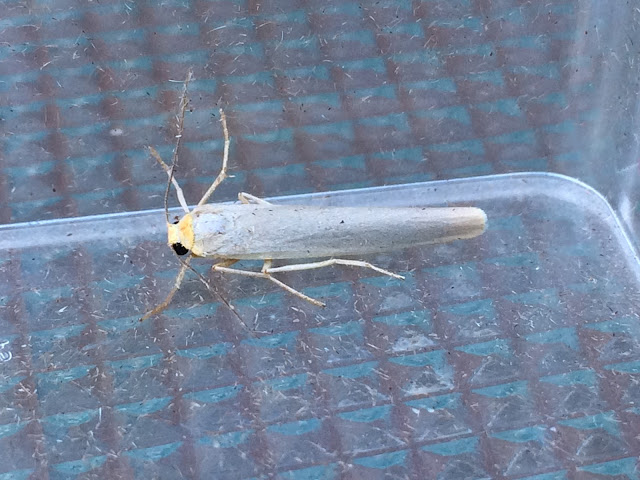 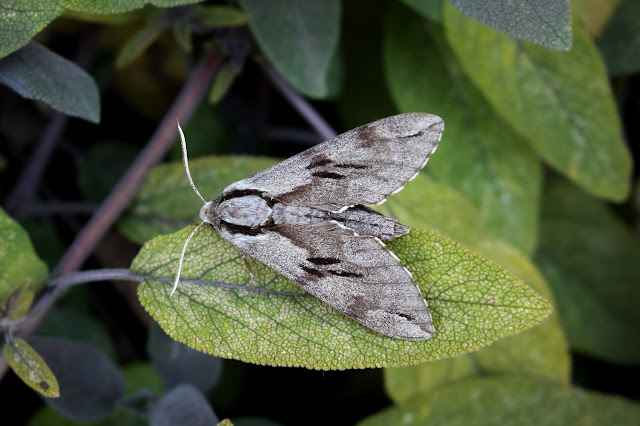 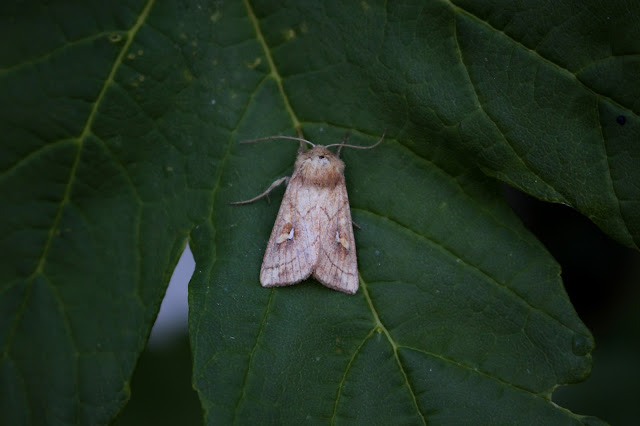 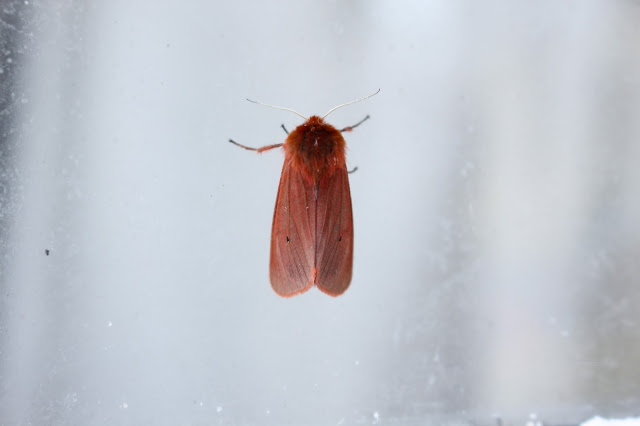 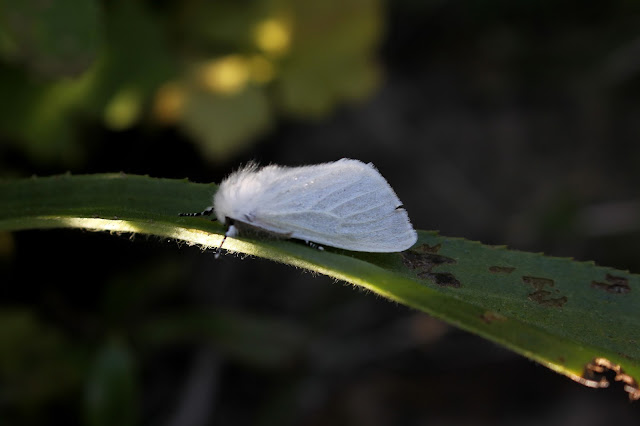 A day walking with a camera down in the Brecks on Saturday began with a very close encounter with a big Grass Snake on the road near Santon Downham. A long walk around Santon Warren revealed plenty of insects with Large, Essex and Small Skippers, Gatekeepers, Meadow Brown, Ringlet, Large White, Small White, Red Admiral, Speckled Wood and Brimstone.
Also identified and photographed were Black and Yellow Longhorn Beetle, Common Green Grasshopper, Field Grasshopper and Garden Spider.
There were a few Broad-leaved Helleborines in the usual spot but some initially promising looking other helleborines proved to be stunted Broad-leaved specimens rather than the hoped for Green-flowered.

During an evening BBQ at Knettishall Heath on the way back a Red-legged Shieldbug (aka Forest Shieldbug) entertained us on the picnic table. 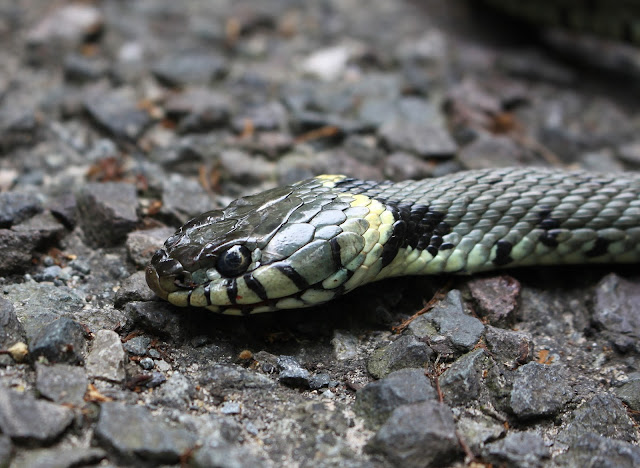 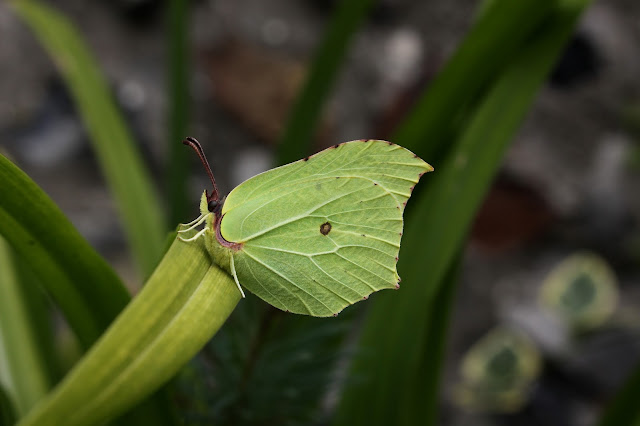 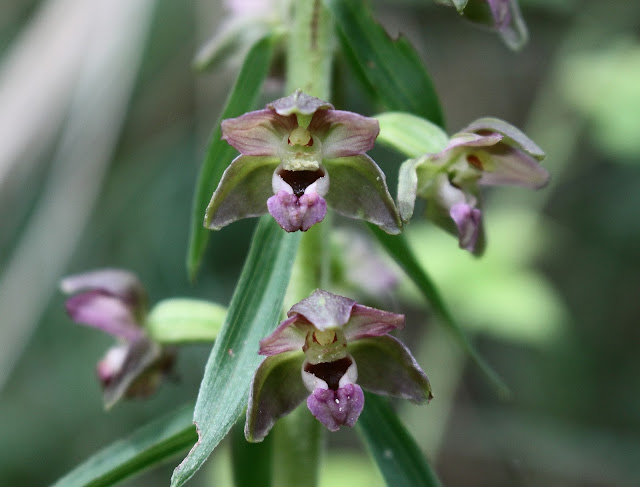 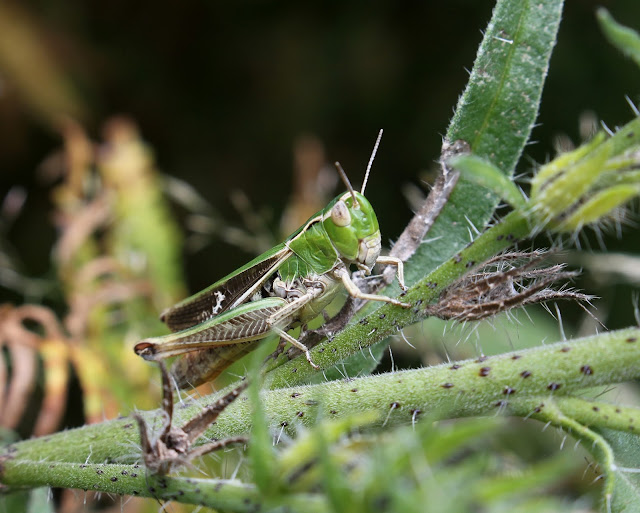 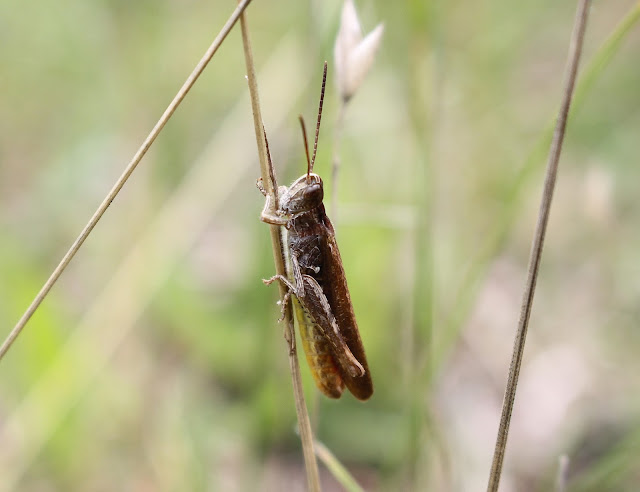 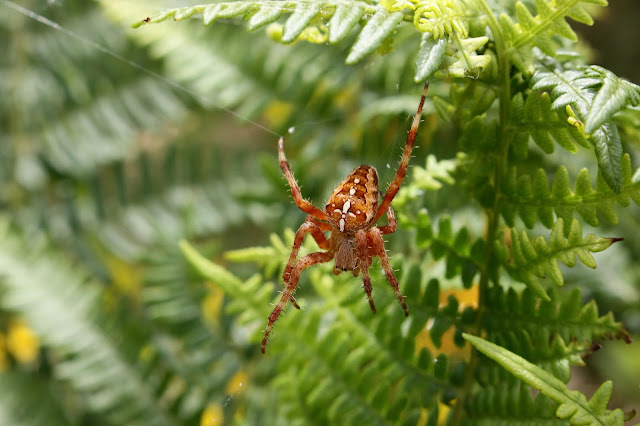 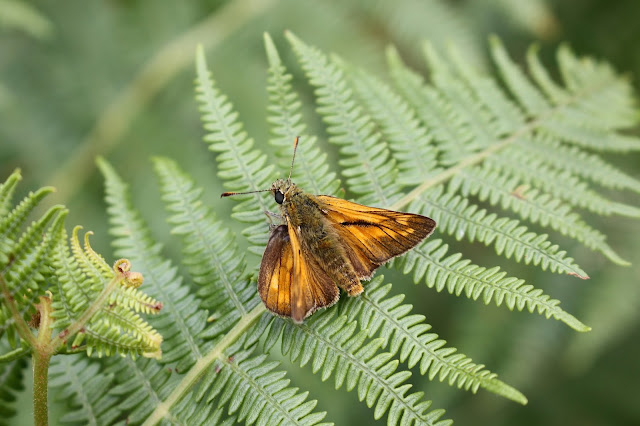 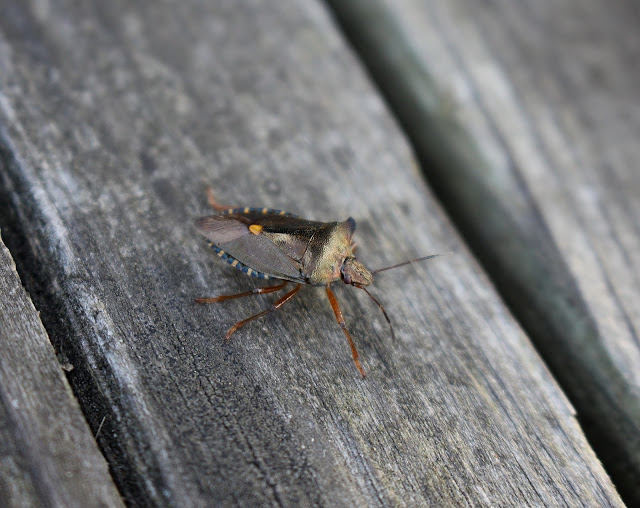 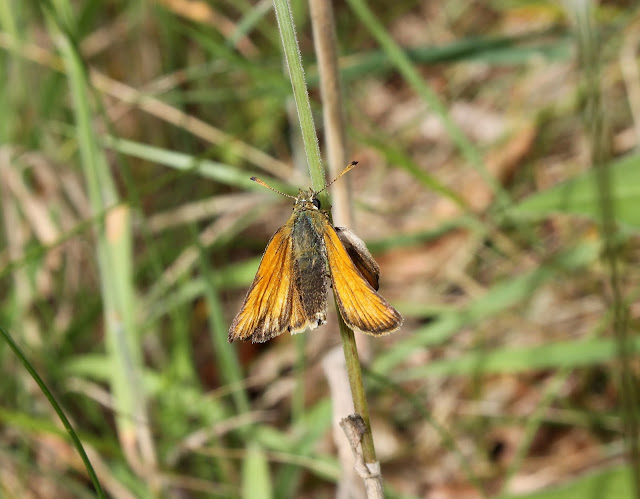 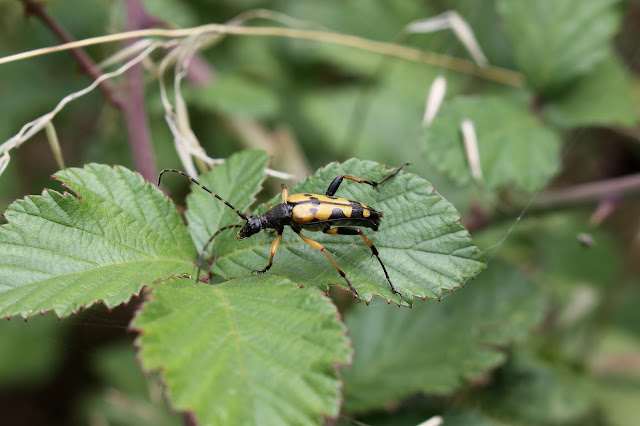