A free Sunday and good weather so it was off the coast to clean up on a few bits and pieces before we head off to warmer climes in a couple of days.

First up was Sizewell and buoyed by the carpark being free in winter I headed off up the beach. Sadly my joy was short lived because there was no sign of the Iceland Gull offshore. Only a couple of juv Kittiwakes and a distant Gannet livened things up before I turned my attention to Black Redstarts between the 2 power stations behind me. Within minutes I'd found both birds with the male being a real cracker. It was nice to catch up with a British pair of these beauties because the vast majority of birds I've seen in recent years have been migrants. They look settled too with both birds frequently using a low hole in a metal 'wall' inside the power station - nesting or prospecting? Turning round for another scan of the gulls I then picked up the Iceland Gull straight away! After legging it down onto the beach it then decided to have a fly up and down just offshore so I managed a few shots of it before it promptly disappeared again to the south. 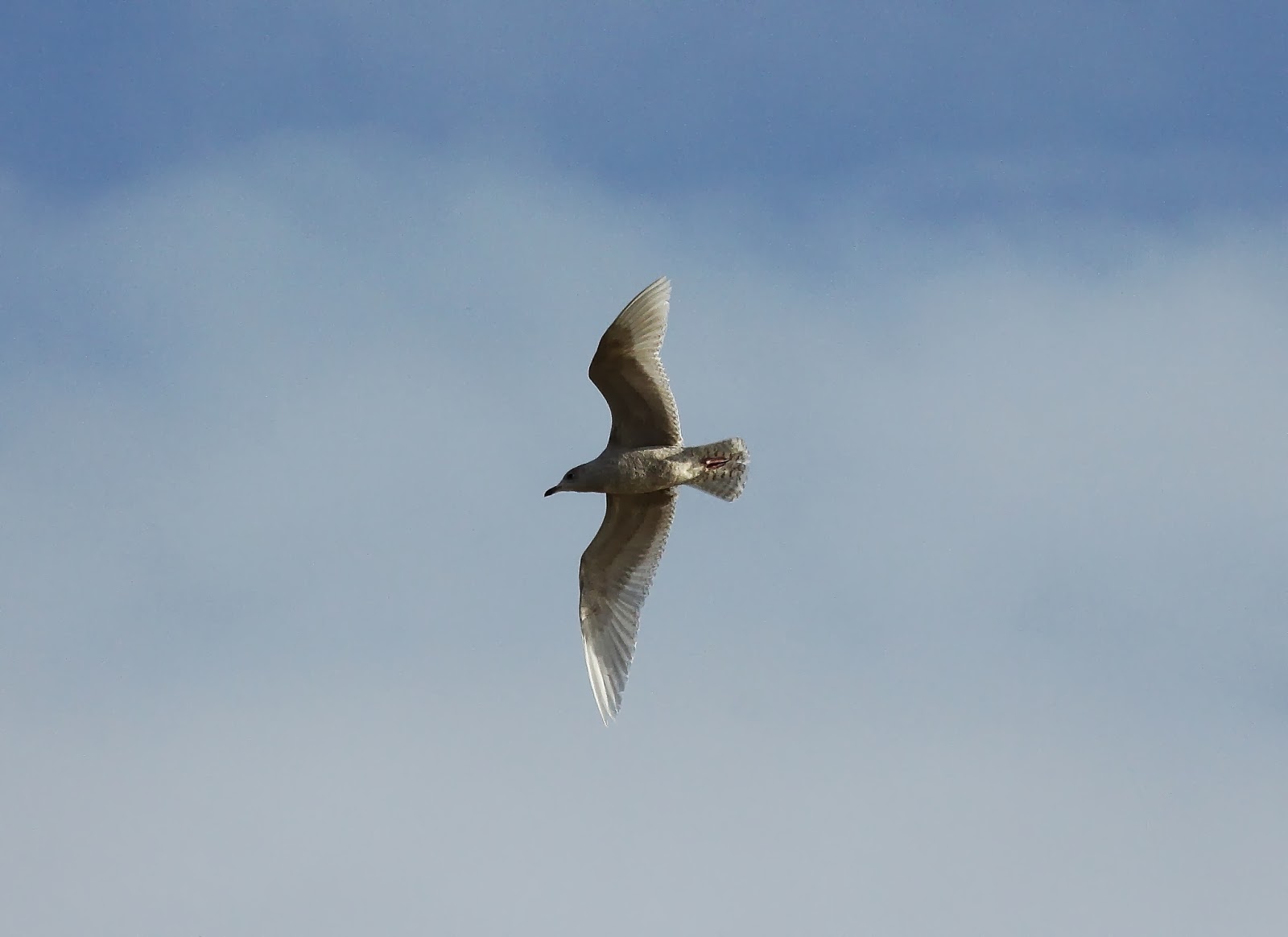 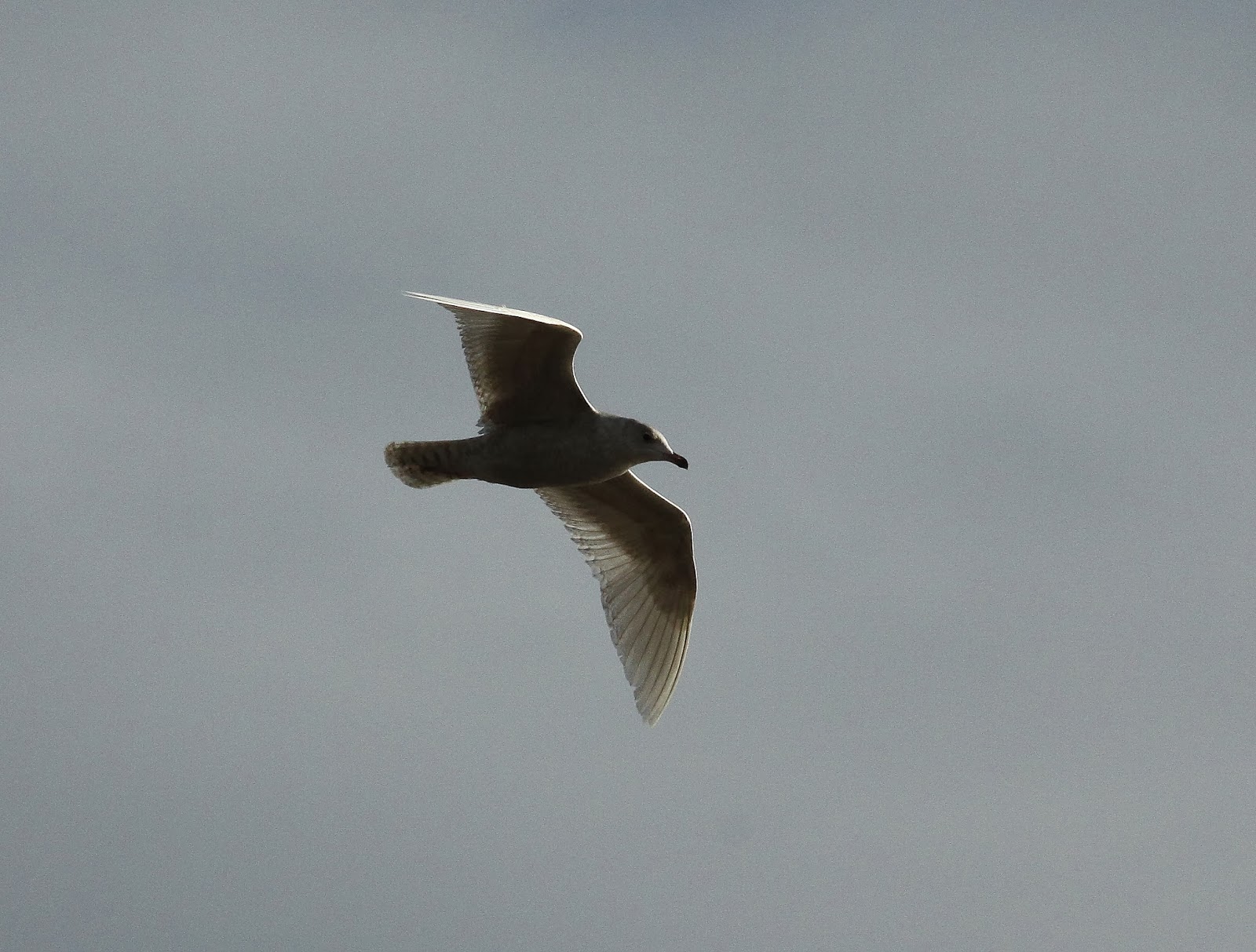 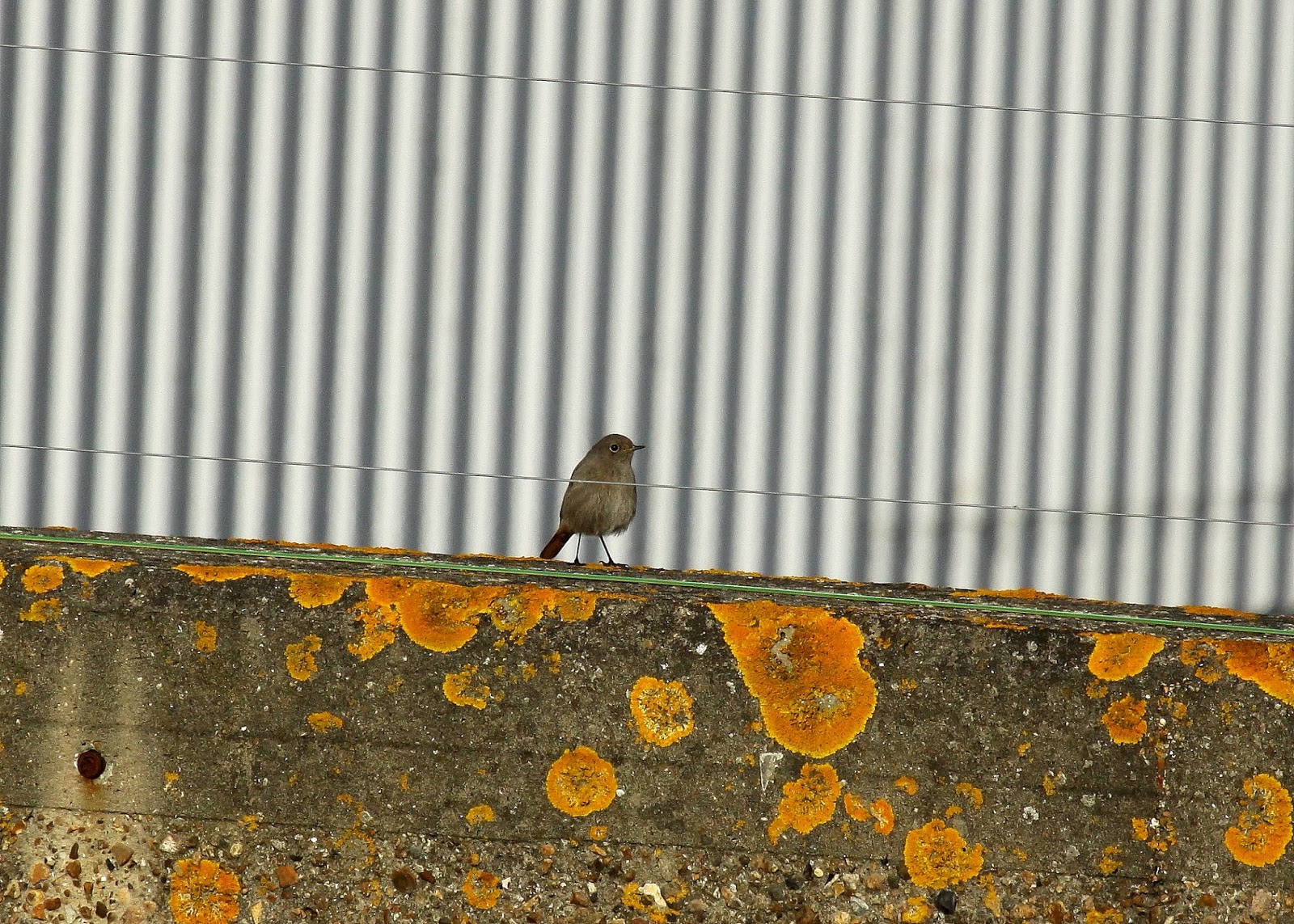 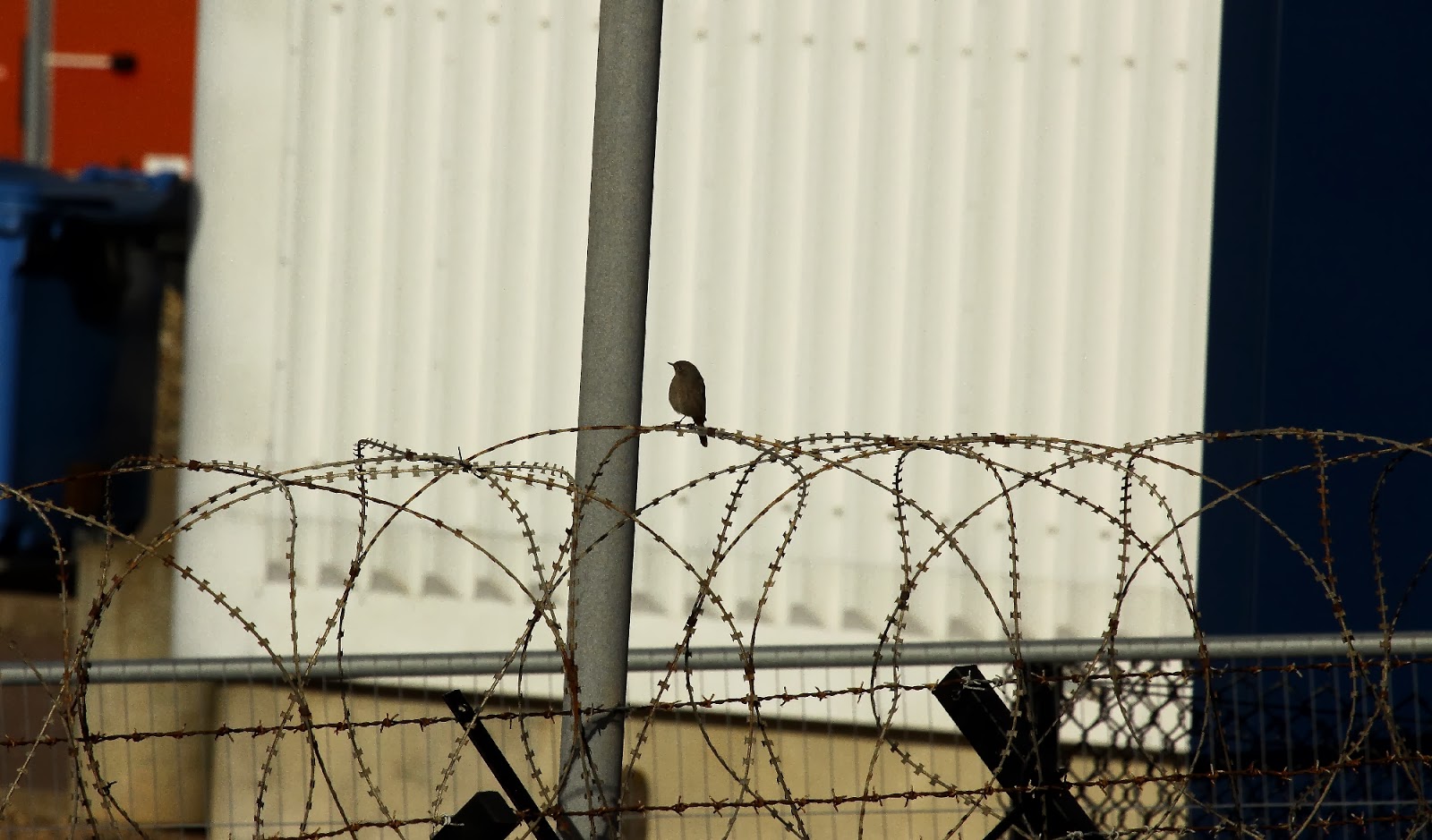 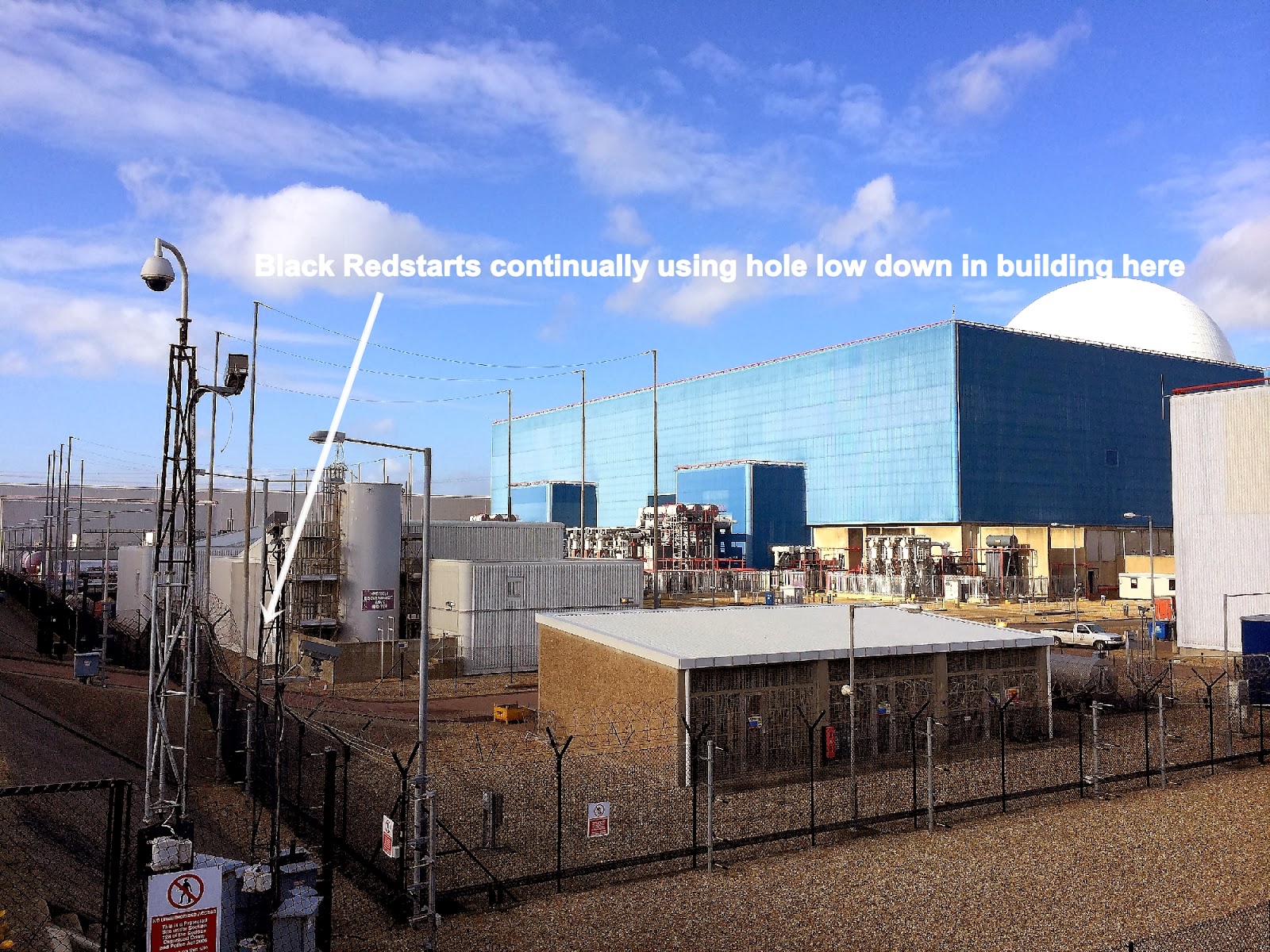 Black Redstart 'habitat', Sizewell
After grabbing some lunch on the go in Leiston it was off up the A12 to Kessingland. After a while trudging around the sewage works area (during which time 2 Marsh Harriers flew south within a minute of each other) I found 1, then 2 Firecrests and with a little gate-hopping got some really close views. Photography was another matter though with just a couple of lousy record shots (see below!). While there I flushed a Woodcock and also had a brief Chiffchaff amongst the common stuff. 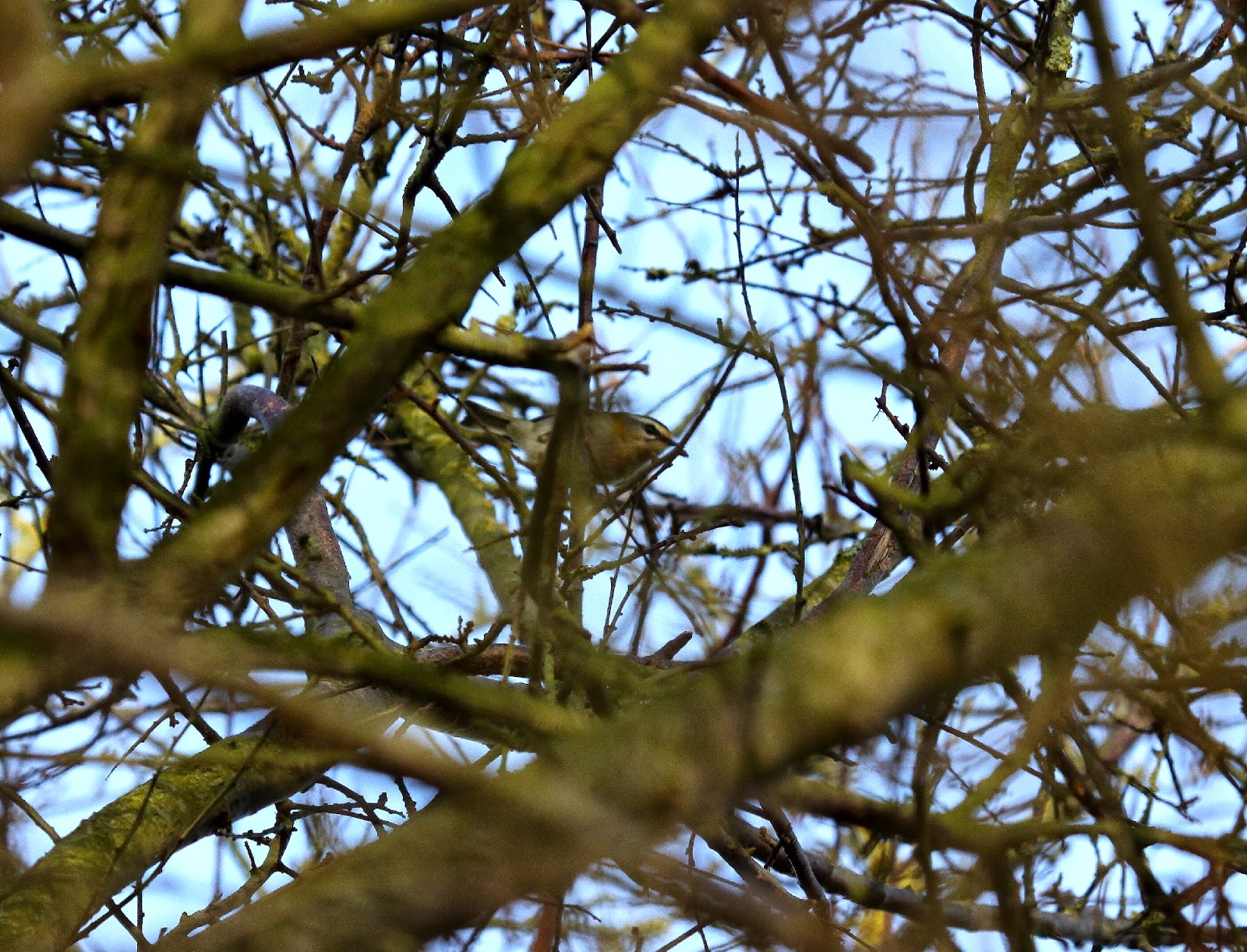 Firecrest, Kessingland Sewage Works
On the way home I stopped by the road at Beccles where 3 Bewick's Swans were with 20 Mute Swans and a hunting Barn Owl finished the day off nicely. 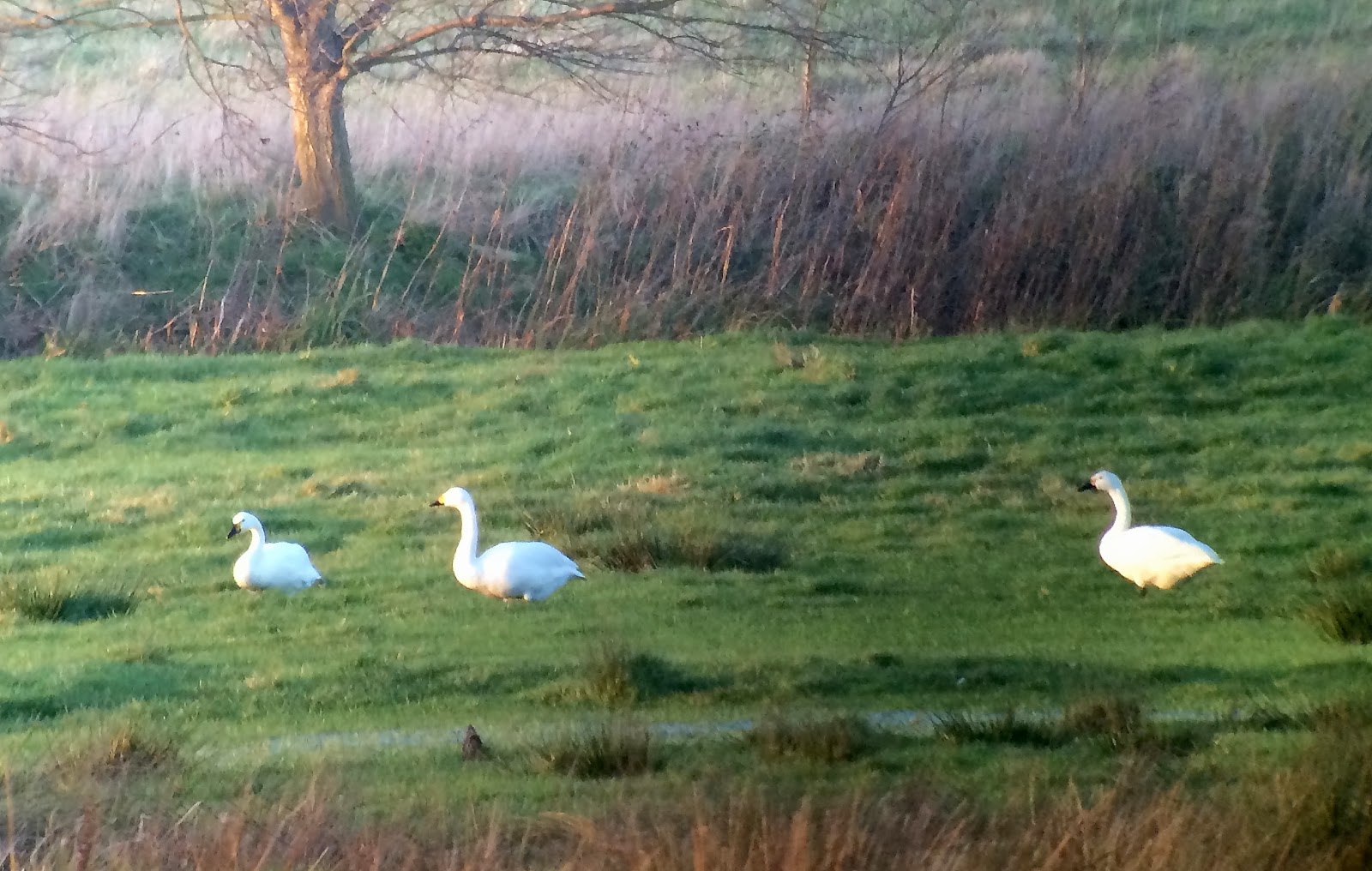