Yesterday was an interesting day in many ways, some of which were even bird-related!
After leaving home in Pulham I got to Horsford only to get negative news from Cley - bugger! Luckily I did a little local exploring and an hour later the negative news had turned back into positive news so I hot-footed it up to Cley. Upon arrival the rather unseasonal Red-rumped Swallow was present in the area around Snipes Marsh/Walsey Hills and the adjacent pine plantation. During the next hour it was in view almost constantly and despite really awkward lighting conditions I fired off 350 photos of which most were of the sky! With the date there has to be some chance the bird is of eastern origin but at this time of year they are inseperable in the field. A Chiffchaff was also calling from the Walsey Hills bushes.

After a quick lunch pit stop I headed west to Stiffkey Fen where I quickly found 2 Greenshank, a real bogey yeartick finally nailed! There having been negative news of it I hadn't held out much hope of connecting with the Dusky Warbler there but a familiar 'tack' from the bushes by the path told me it was still there after all. As I had the place to myself and it not being a bird on bredding territory I decided some diligent use of playback was in order and to my amazement the bird started singing back! It did this a few times, showed briefly twice but was always keeping low and remaining elusive. It was really good to hear it sing though, a new one for me! I got a right soaking on my way back to the car so with the light fading I called it a day. 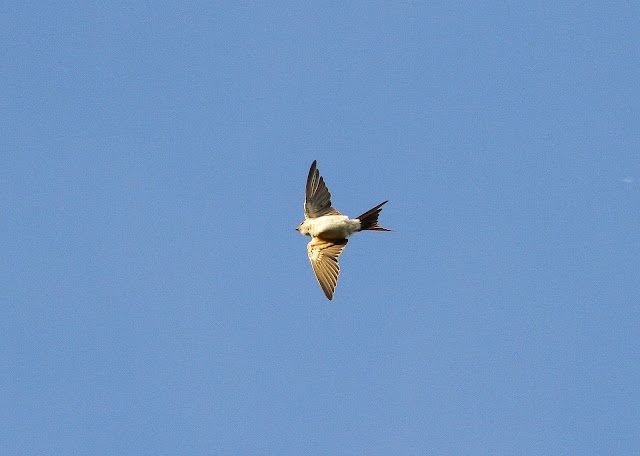 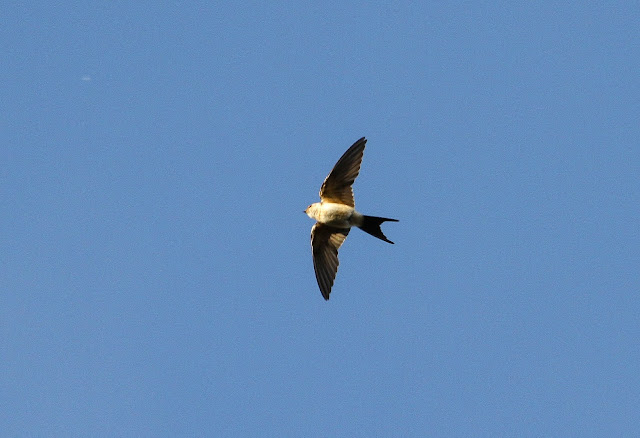 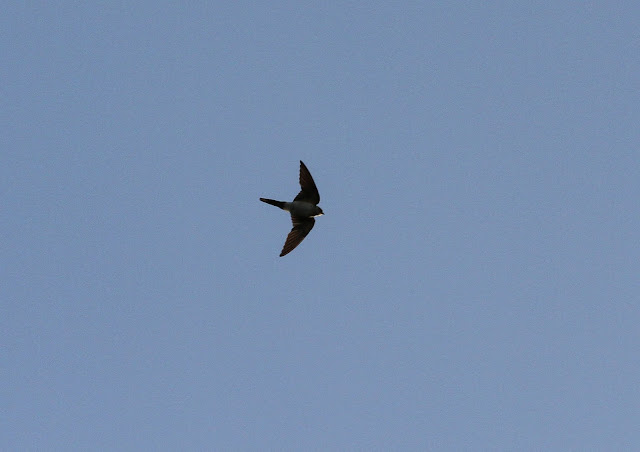 Red-rumped Swallow
Posted by Chris at 16:54