If Carlsberg did nature days out...

I met Jeremy Gaskell and Matt Shore at Thickthorn services and we we soon on our way south to East Sussex. Arriving at Abbots Wood near Hailsham and 10.45 we made our way to the grid reference I'd managed to glean from the internet just as the sun began to come out. We quickly found a wide ride and walking down it a fritillary flew past us not stopping. Around the corner the ride opened out into a clearing and within just a few minutes we'd nailed and confirmed Pearl-bordered Fritillary. We went on to see 8-10 individuals in the next hour in the clearing that has obviously been managed to help this rapidly declining species. Most of them were flighty but eventually one individual played ball nicely and allowed some photographic opportunties. This was a very welcome butterfly for me, one I've been wanting to see for years and missed several times. My penultimate UK species!

Also in the clearing we had 1 Green Hairstreak, 1 Common Blue, 1 Broad-bodied Chaser plus singing Cuckoo, Garden Warbler and Willow Warbler. A Red Kite was also clocked up en-route. We left the site in good spirits and headed east to into Kent. 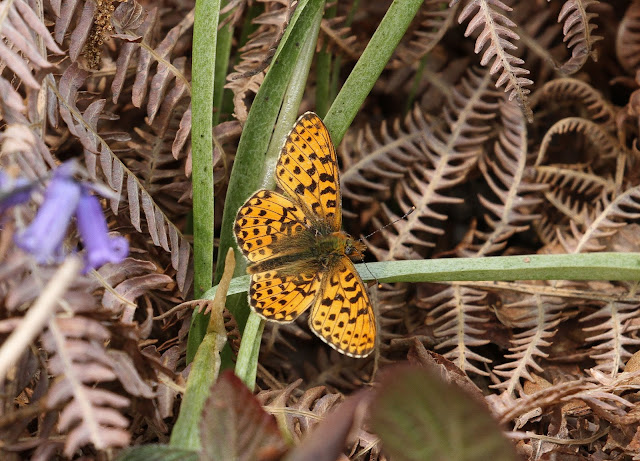 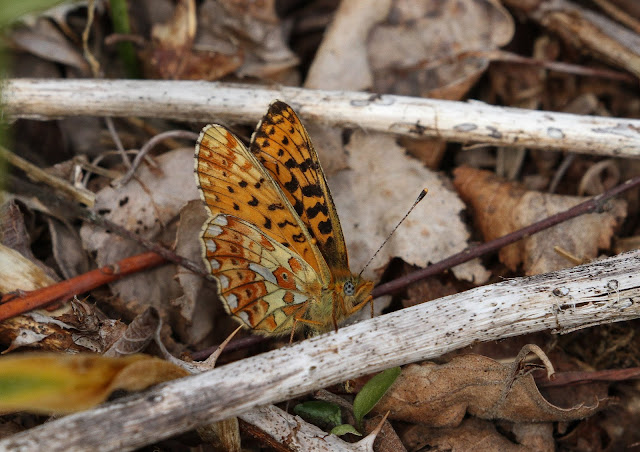 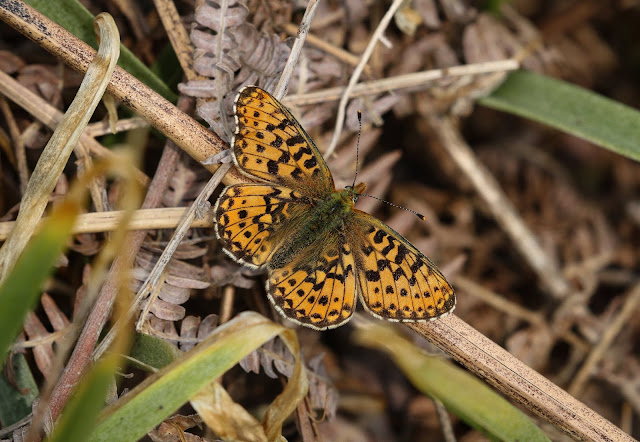 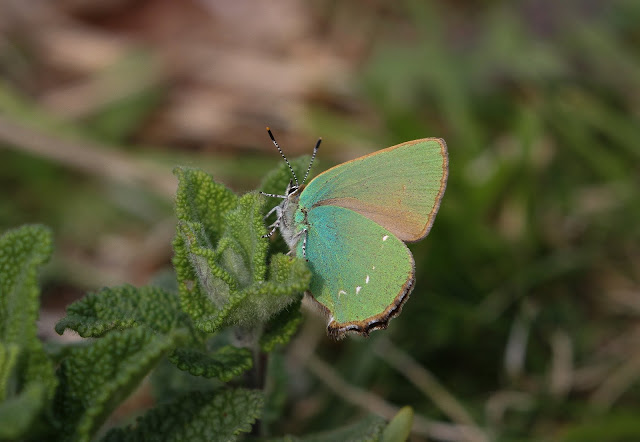 First stop in Kent was Denge Wood and a walk through the woods to Bonsai Bank. Here loads of Lady Orchids of good variety were accompanied by Early Puple Orchids, Common Twayblades, budding Common Spotted Orchids and more importantly 3 Duke of Burgundy butterflies. 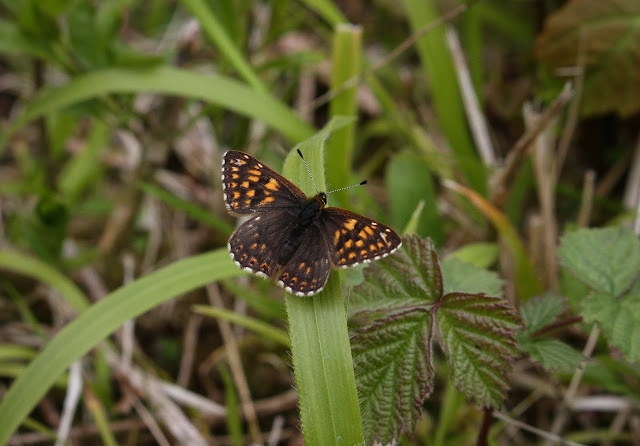 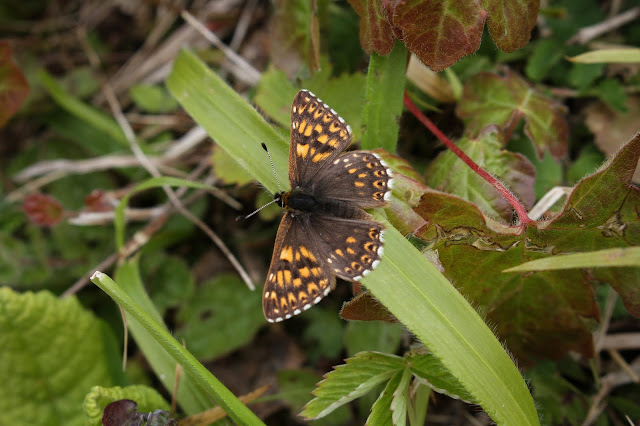 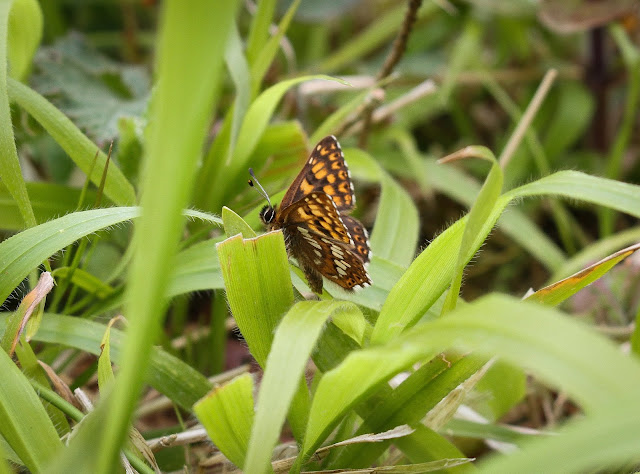 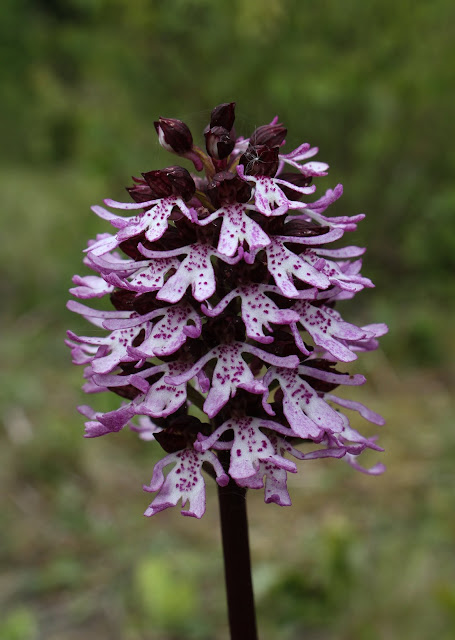 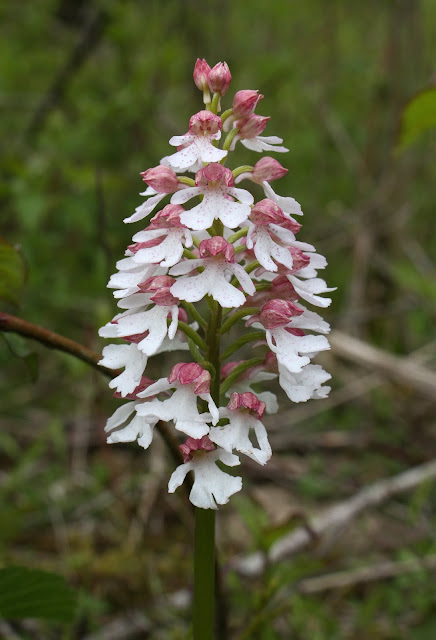 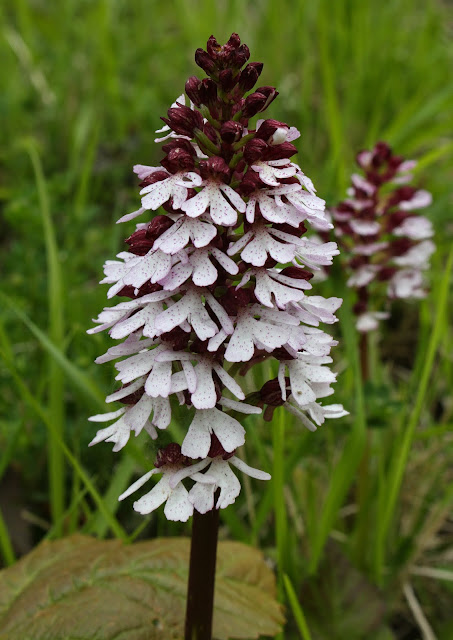 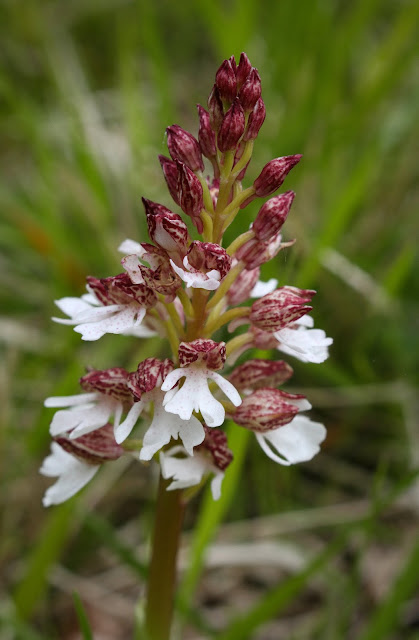 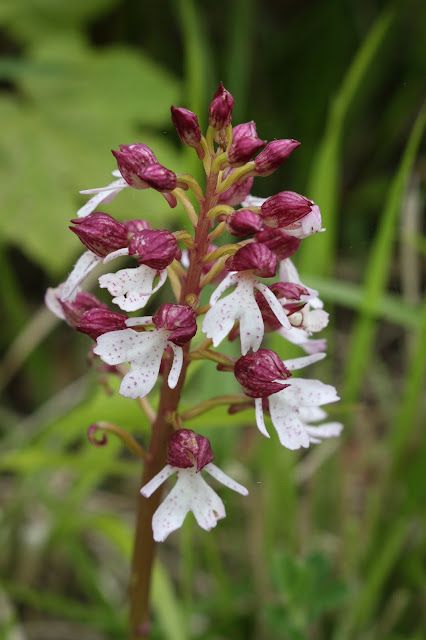 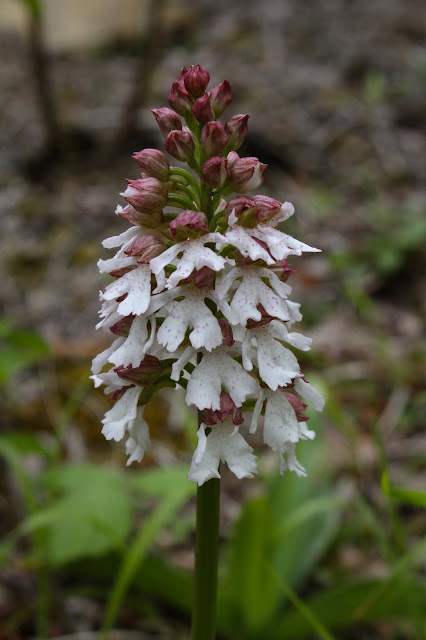 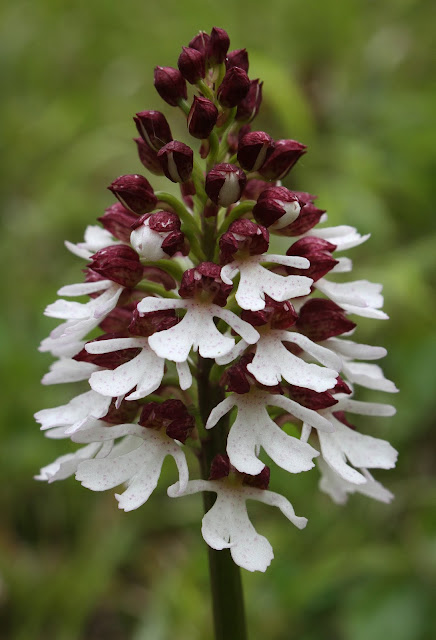 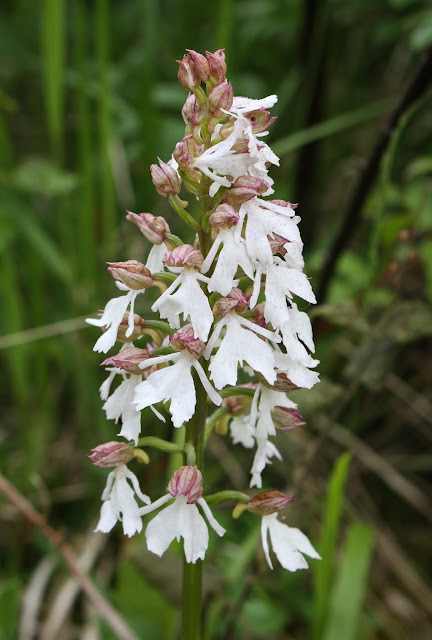 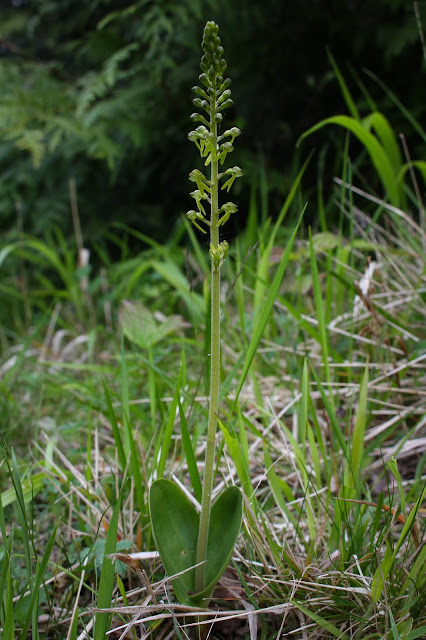 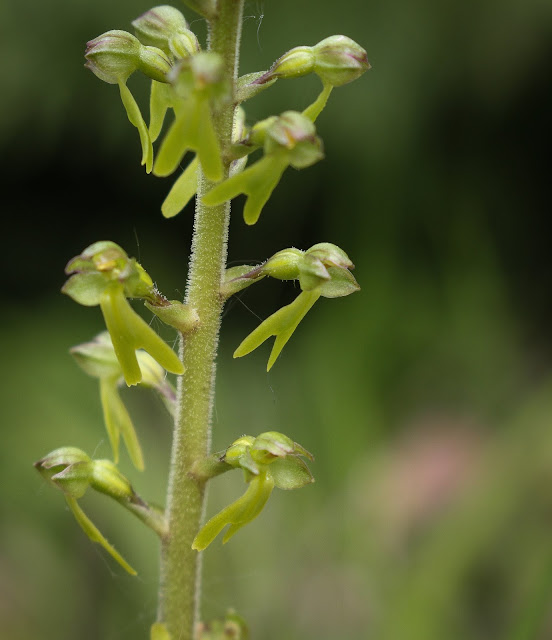 Next up was nearby Yockletts Bank where, with very gratefully recieved directions I managed to find the stunning 'chlorantha' Fly Orchid with no trouble at all. This was a real 'eureka' moment for me as I'd delayed last year and missed my chance. There were also several Lady Orchids, regular Fly Orchids and loads of Common Twayblades there plus a singing Firecrest. 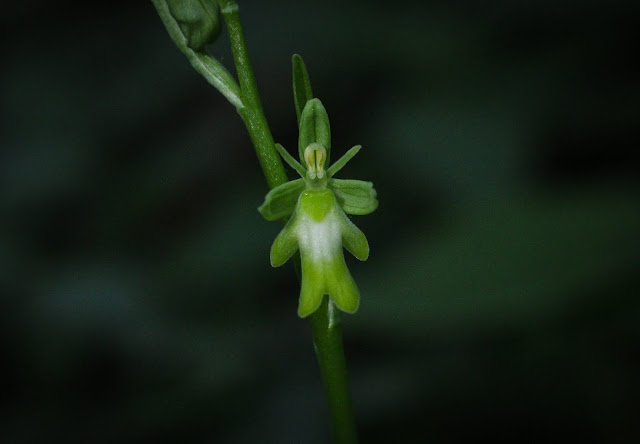 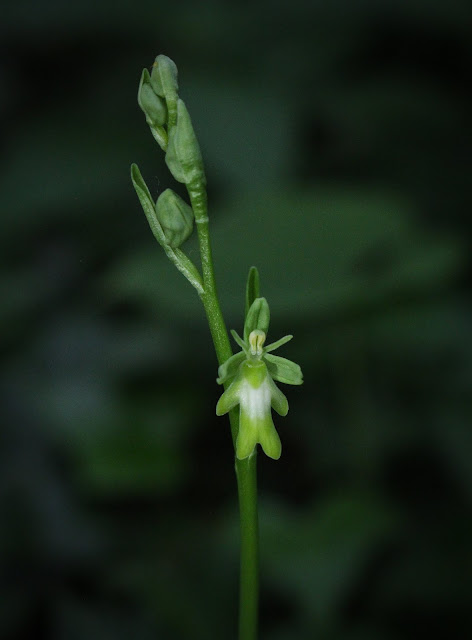 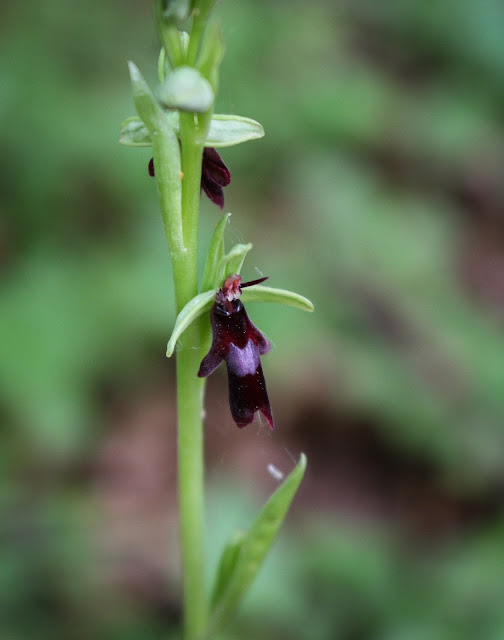 Our final destination was Park Gate Down where, in double quick time I'd located Monkey Orchids. One of my all time fave orchids. Most were in bud but we found c40 including several that were more advanced plus Early Purple Orchids, 3 Greater Butterfly Orchids very nearly out and singing Yellowhammers. 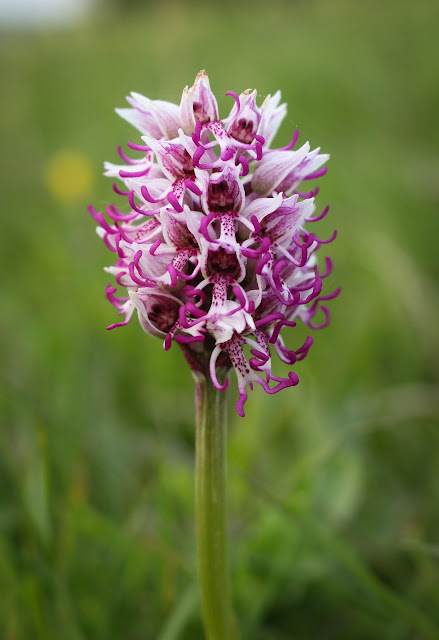 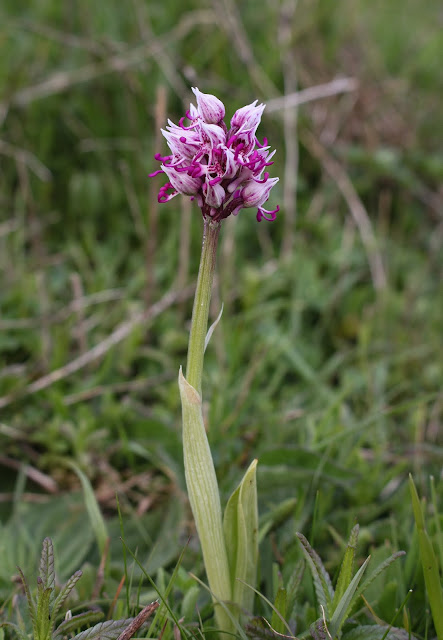 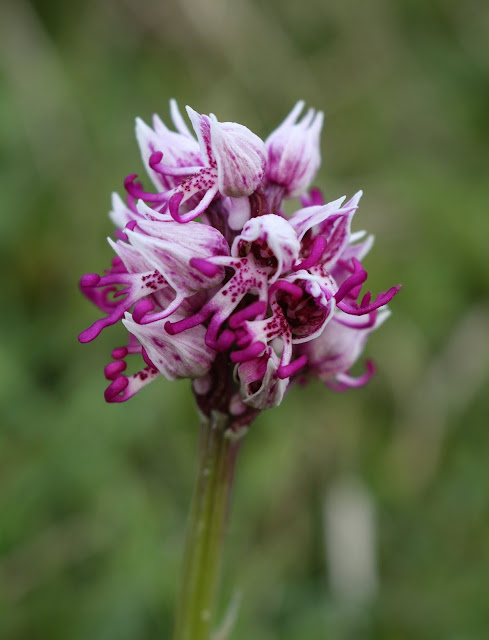 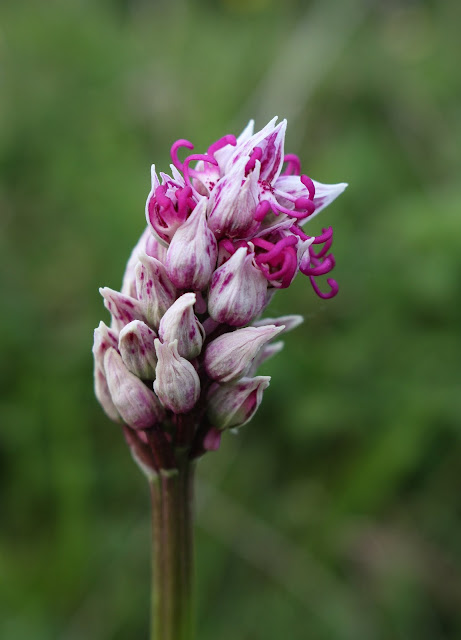 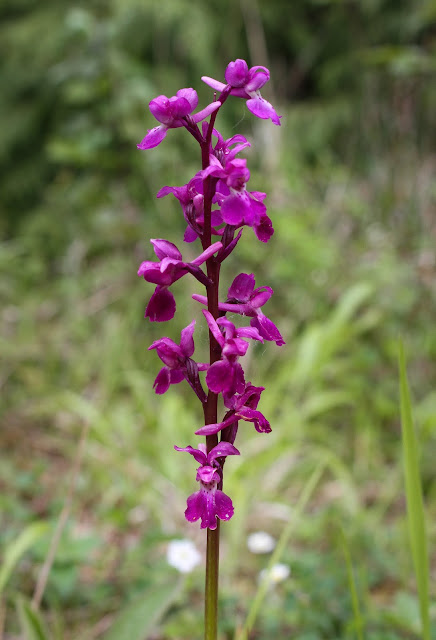 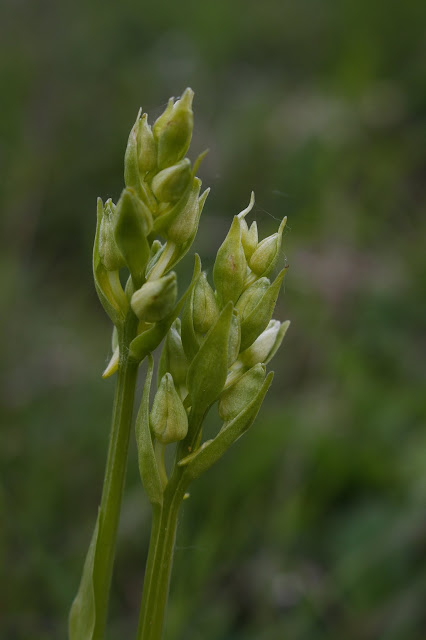