A highly successful day at a variety of sites in north Norfolk where everything fell nicely in to place for a change!

I wanted to re-visit the Purple Emperors at the now not-so-secret site (Foxley Wood) to try and get some pictures. I easily saw c6 individuals including a male that actually landed for a while on an oak which was also within photographic range. This was thanks for a kindly shout from Andrew Chamberlain! Silver-washed Fritillary, Purple Hairstreak, Red Admiral, Green-veined White, Holly Blue, Ruddy Darter and Brown Hawker were the other sightings of note before I relocated.

Next up was a wander at Warham Fort where c20 Chalkhill Blues were easily seen. These low numbers indicate that the main emergence is yet to come. Dwarf Thistles, Small Scabious and Harebells were out in profusion as were Small Skippers and the odd Essex Skipper. A few Pyramidal Orchids and Common Spotted Orchids were well past their best.

The main location for the afternoon was Holkham Meals so I parked in the village carpark, fought my way through the crowds along Lady Anne's Drive and hiked out to the west. En-route I checked a large patch of Hemp Agrimony and was delighted to find a single White-letter Hairstreak that posed for my camera. The first time I've ever been able to get a decent shot of one. Armed with good gps co-ordinates I zoomed in on them and quickly found several Creeping Ladies Tresses. A species I've struggled with there before but was obviously in the right area! Also in the vicinity I had 2 Dark Green Fritillaries, White Admiral, Small Copper and Brown Argus bringing the day's species count to an excellent 23.

Despite heavy traffic I detoured into Costessey on the way home and quickly found a single Green-flowered Helleborine in the same spot as last year. It remains a wimpy specimen but is showing signs that a flower or two may even open this year! 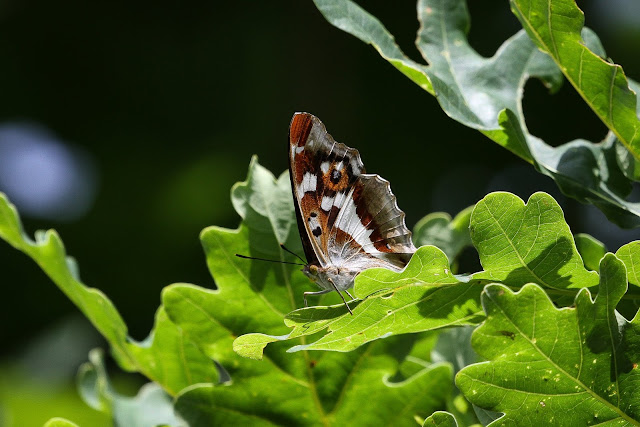 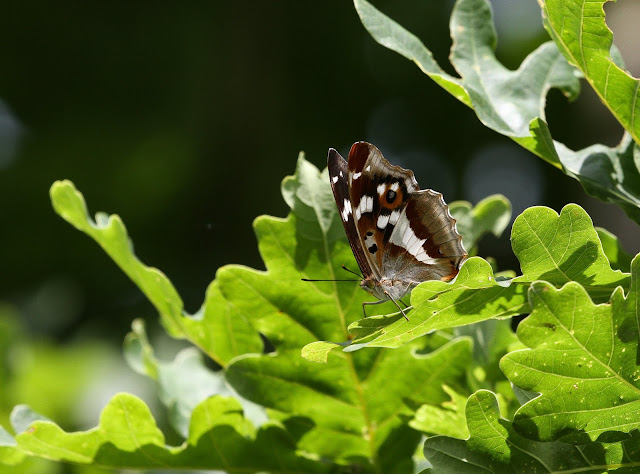 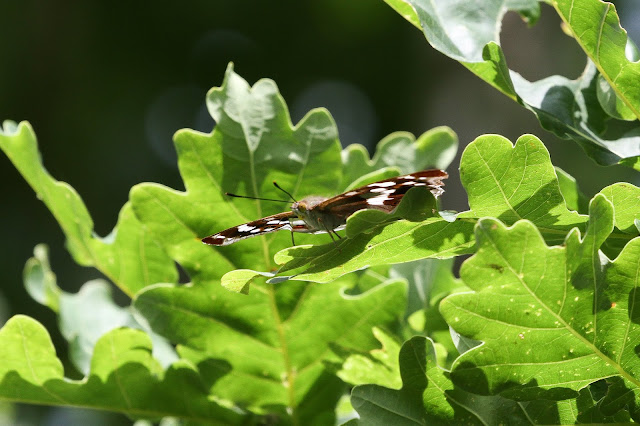 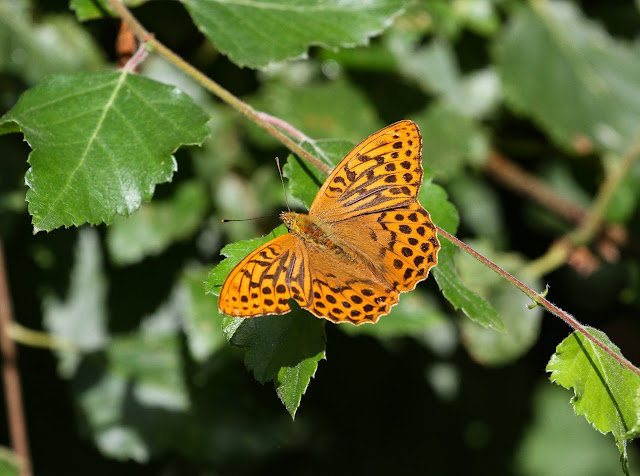 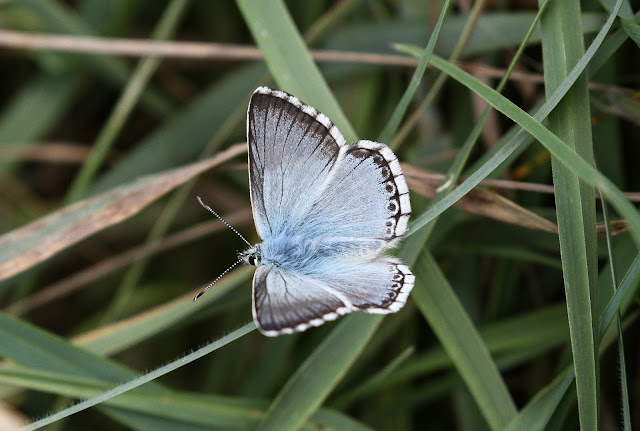 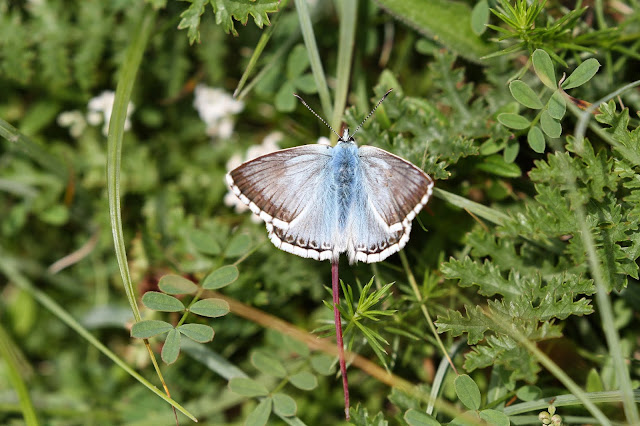 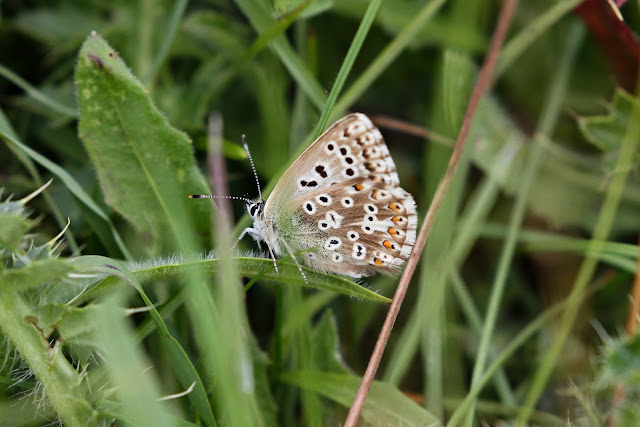 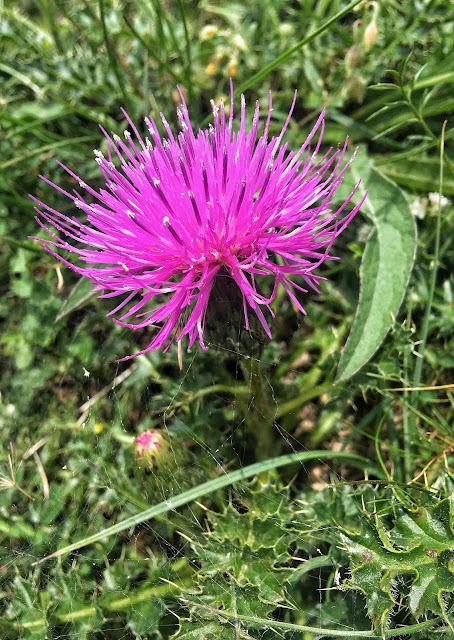 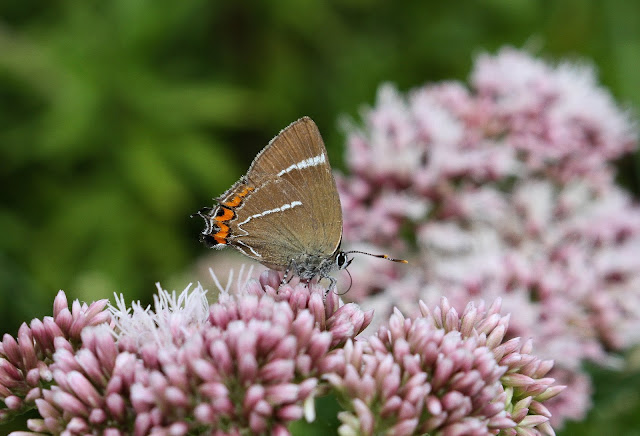 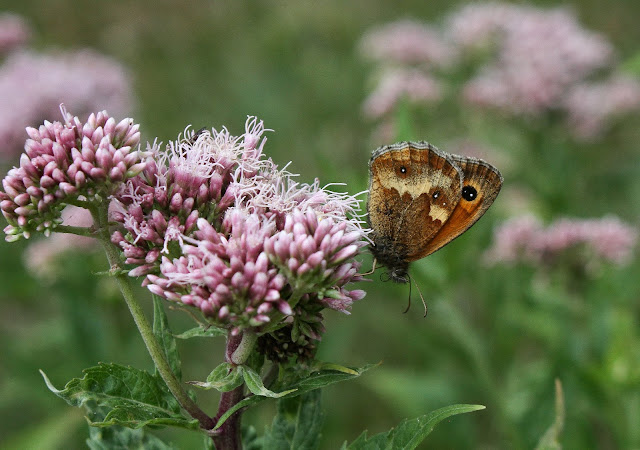 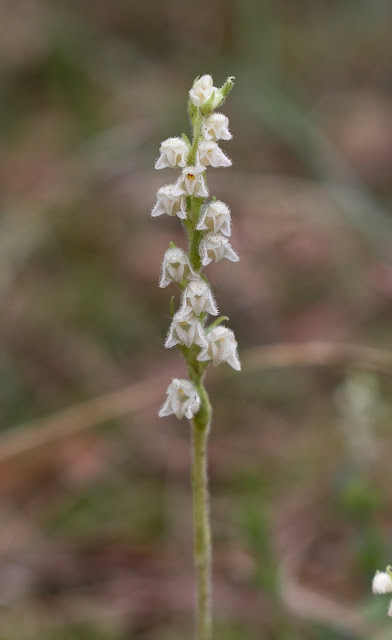 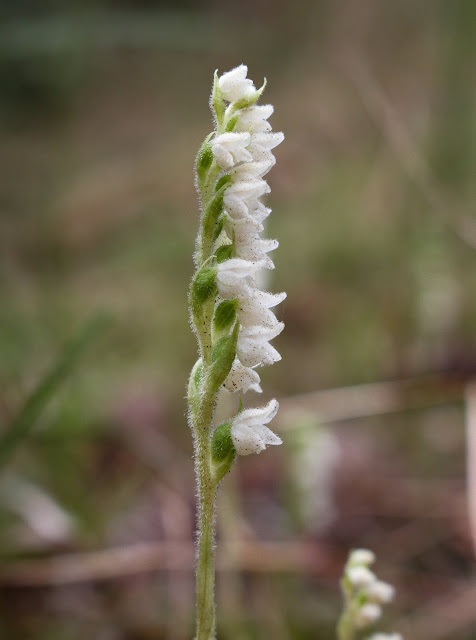 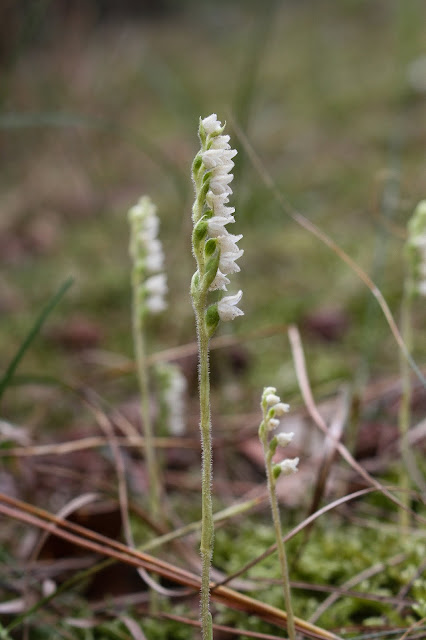 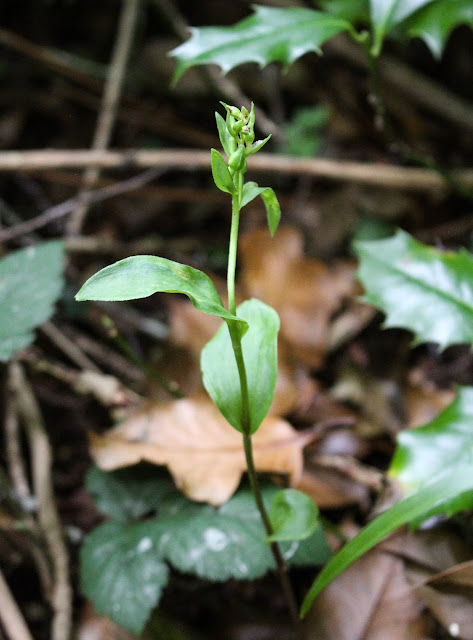 Green-flowered Helleborine
Posted by Chris at 18:09