This autumn has to go down as one of the worst on record for us east coast birders. This weekend it finally livened up a bit, thanks goodness!

We began the weekend with a nice long walk around Walberswick and Westwood Marshes on Saturday. The highlights were few and far between but the reedbeds on the marshes were alive with Bearded Tits. This enabled Belinda to get her first nice views as a pair perched up at close range. Other than that I found some Sea Spurge, Sea Aster and Common Toadflax still in flower on the back of the beach at Walberswick. After walking we drove around to Southwold. Things looked a bit grim in the rain with 4 bedraggled birders and nothing doing at the town end of Harbour Track. Eventually they all left leaving me alone so I decided to walk the bushes and do some pishing. Within a couple of minutes I pushed the Barred Warbler out of some trackside brambles and in to a hawthorn were it showed briefly before once again going to ground.

Fast forward to Sunday and having a day to myself I headed to Lowestoft and quickly found the showy Shorelark about 500 yards south of Ness Point near the end of Hamilton Road. It posed nicely on the seawall for a while before flipped over the wall and being 'lost'. The amble back gave me 2 Black Redstarts, 2 Grey Wagtails and a Meadow Pipit in the Orbis and Turbine yards and a 2w Mediterranean Gull flew south.

Then the day suddenly got very interesting with news of a mega down the coast at Orford. Needless to say I headed straight there and entering the meadow beside the quay carpark was greeted by about 100 birders and negative news. Luckily, within half and hour we had a run on to an adjacent area where the bird had been seen only to arrive just as the shout of 'flying' went up. Within a few minutes however it flew into a close buddleia and I was quickly watching my 2nd UK Two-barred Greenish Warbler! It showed for only about a minute with 2 Goldcrests before disappearing again and was not seen for the rest of the day. Lucky or what?! In the same area we also had Red Admiral, Migrant Hawker and the locally scarce beetle Chrysolina bankii 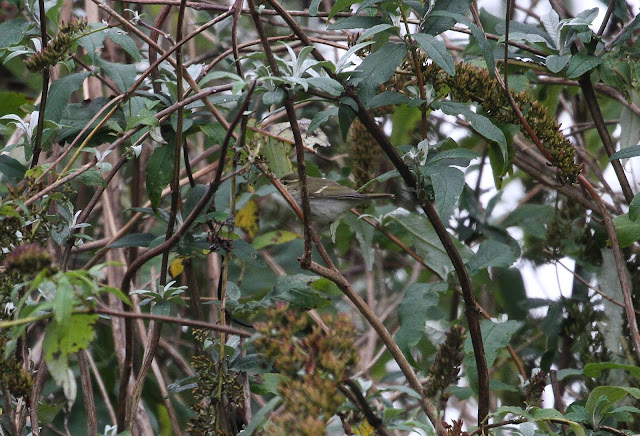 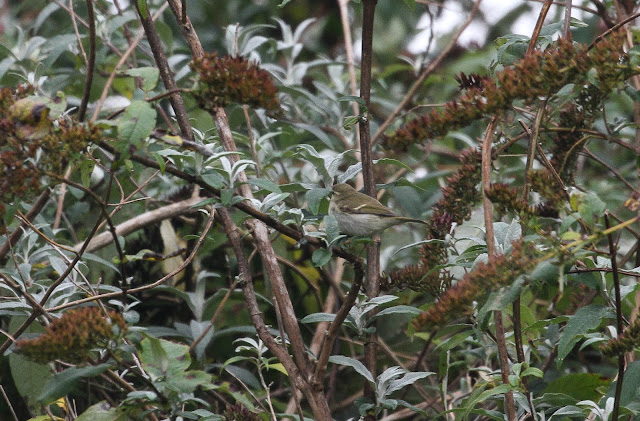 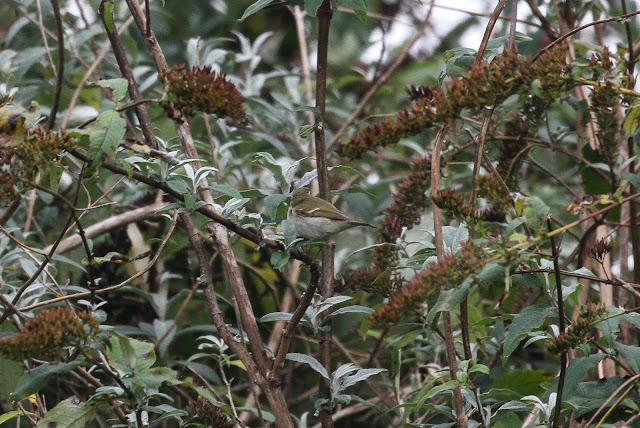 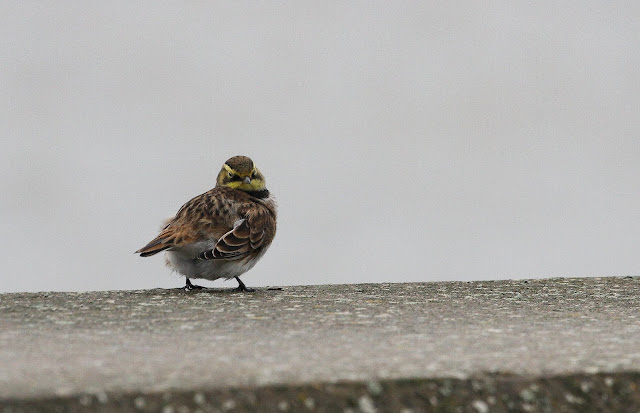 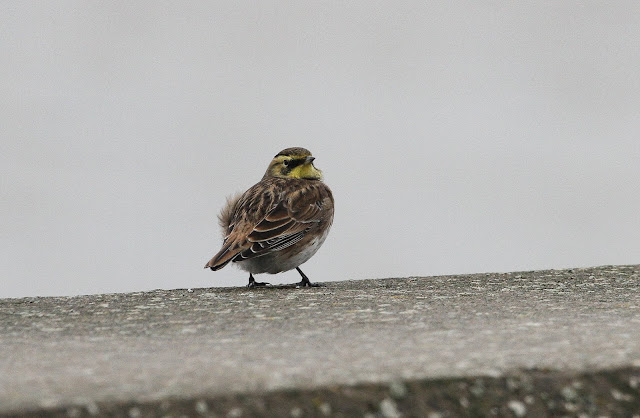 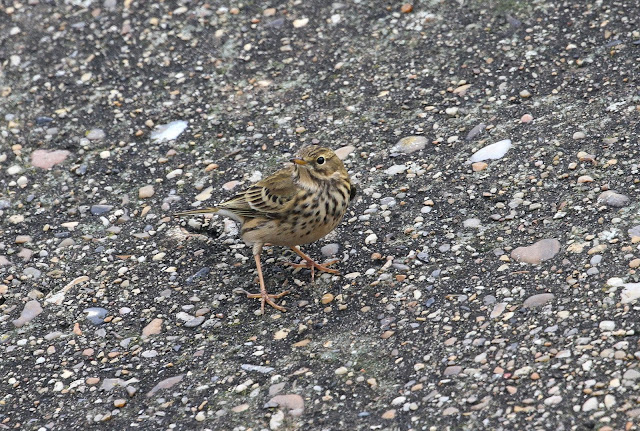 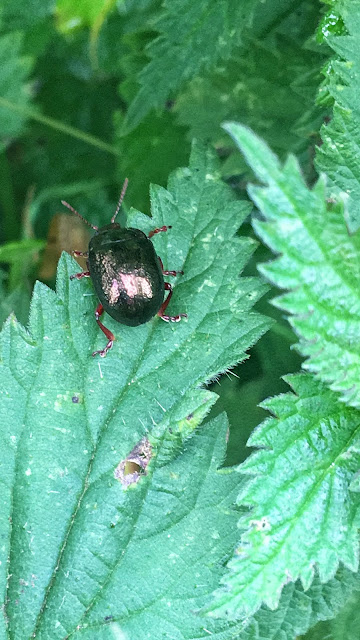 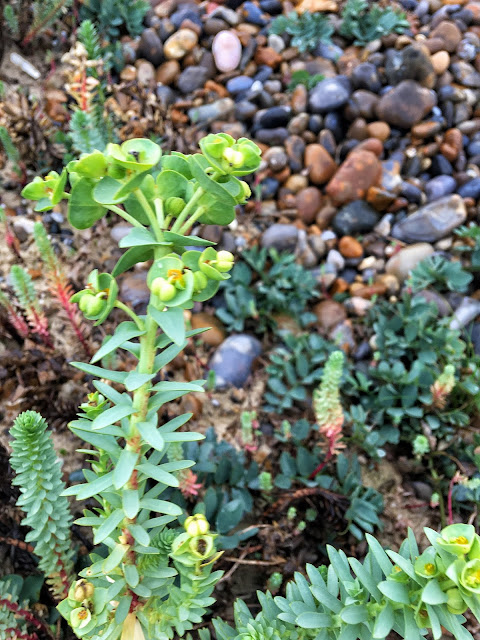 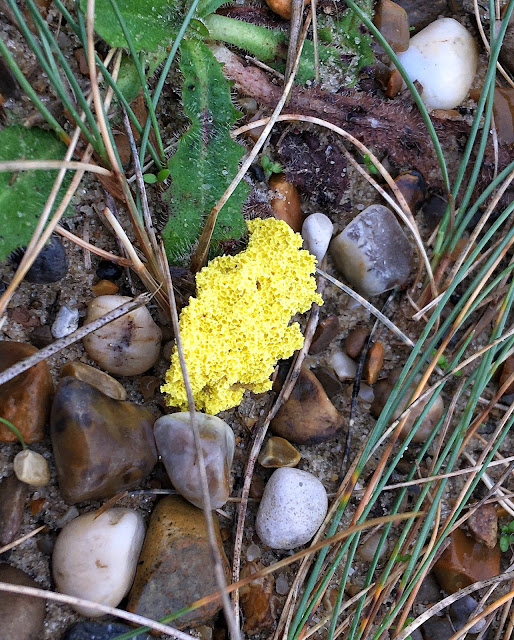