For those who think of wildflowers as weeds - you may want to look away now!

On Monday 19th in the afternoon I ventured into Norwich to Earlham Cemetry. After much going backwards and forwards Ian Senior finally 'virtually' walked me to the spot for Henbit Dead Nettle only for me to find 2 plants both of which were still in bud! They have since been strimmed! 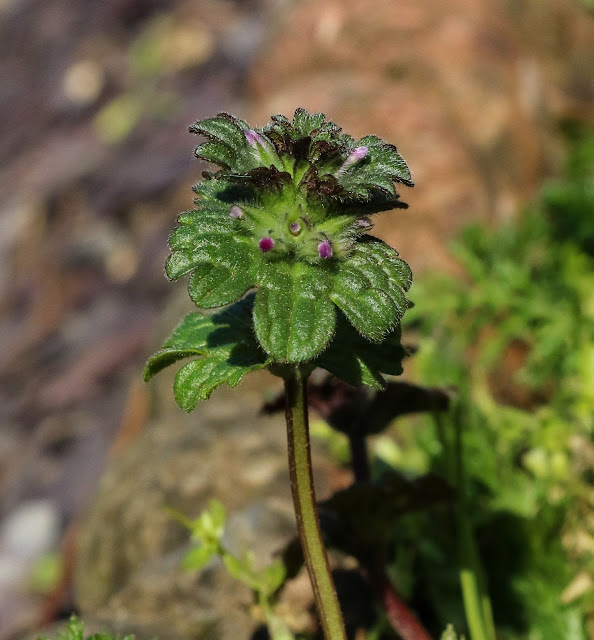 On Tuesday 20th April, with a bit more time I headed to Winks Meadow only to find the Green-winged Orchids very much delayed with many in bud but just 2 plants fully out. The area around the meadow held a curious mix of naturalised plants - Spring Starflower, Bunch-flowered Daffodil, Pheasant's-eye Daffodil and an Almond-leaved Pear. Bluebells were just starting to emerge and Cowslips were everywhere including some monster ones in the wood. I then explored the arable area around the concrete pad finding Green Field Speedwell, Grey Field Speedwell and Field Pennycress. A stop at Weybread on the way home revealed a large patch of Springbeauty by the road plus Bugloss and Field Forget-me-not. My first Common Tern of the year was over Ocean Pit as were House Martin and Sand Martin. 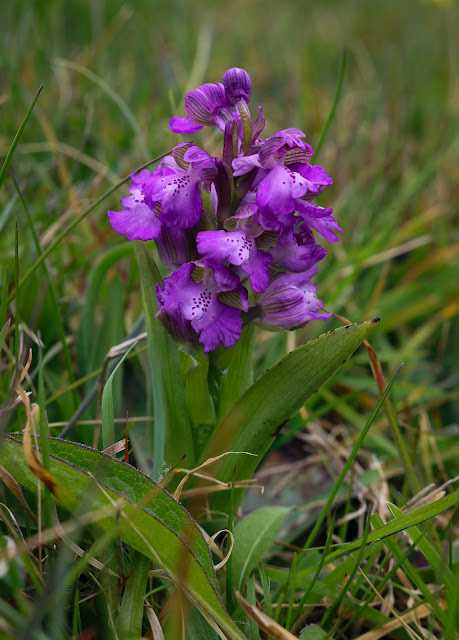 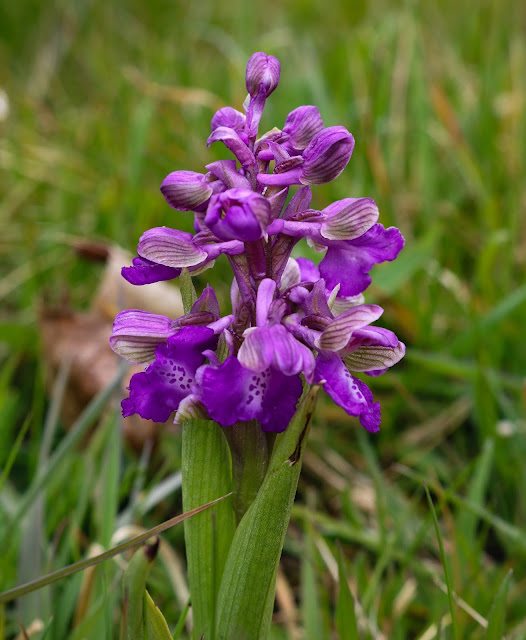 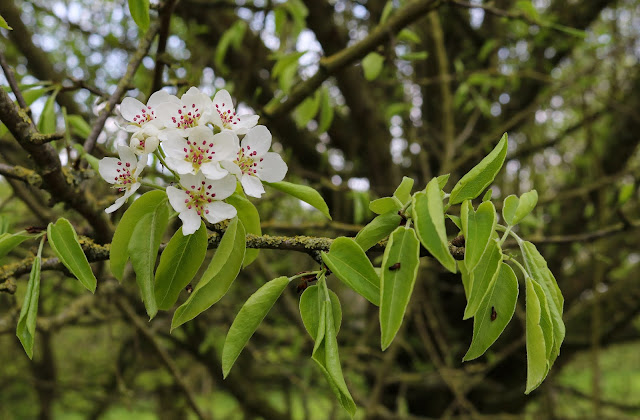 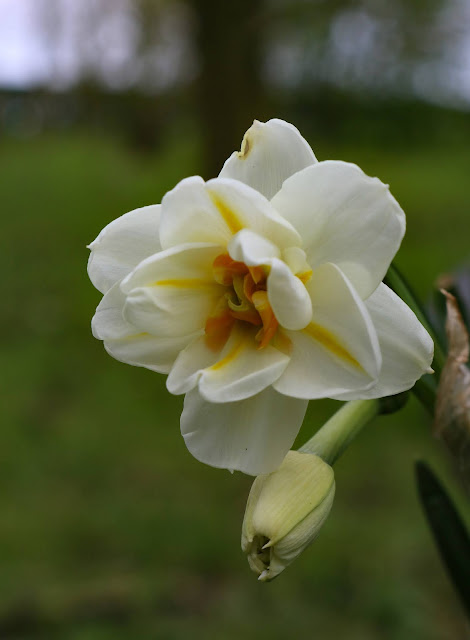 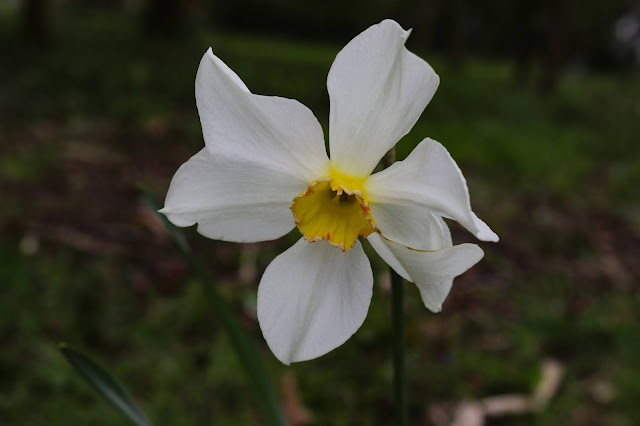 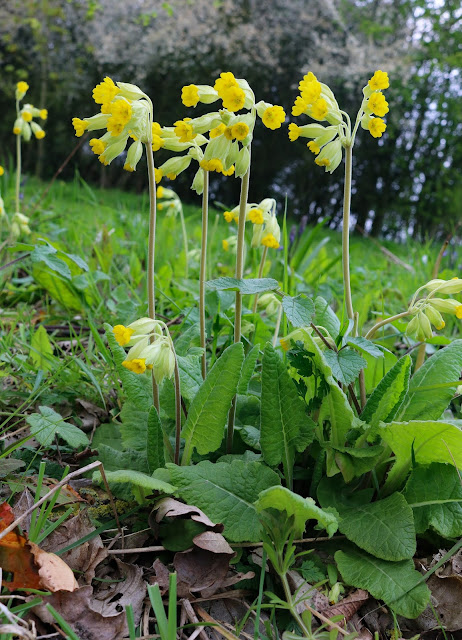 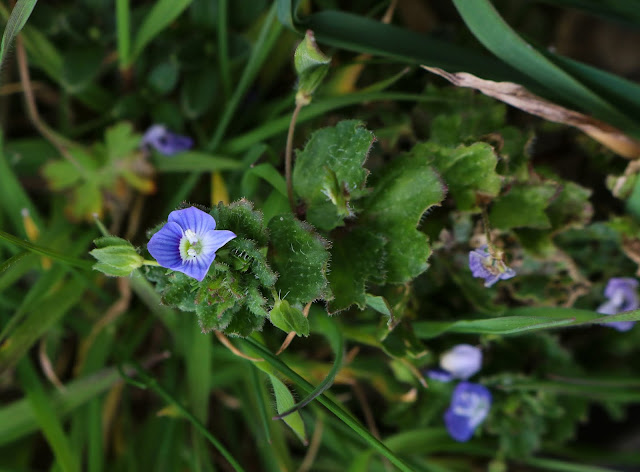 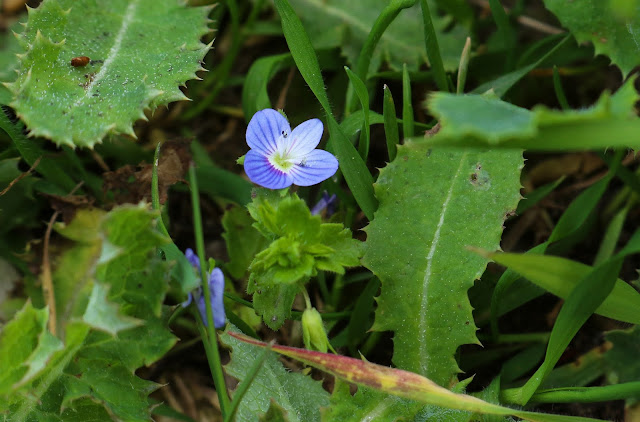 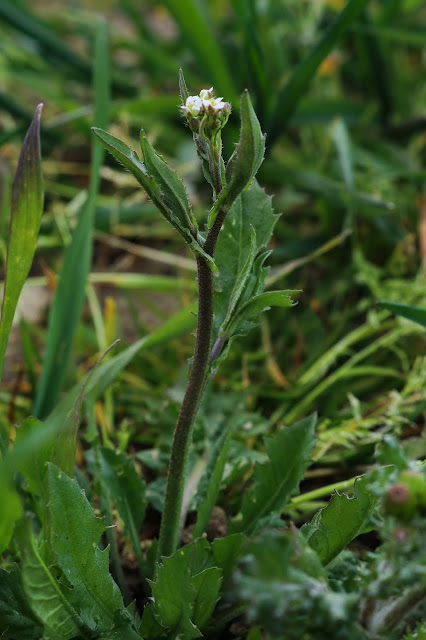 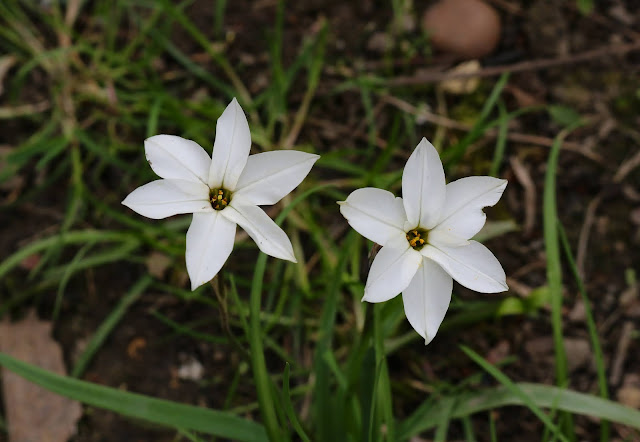 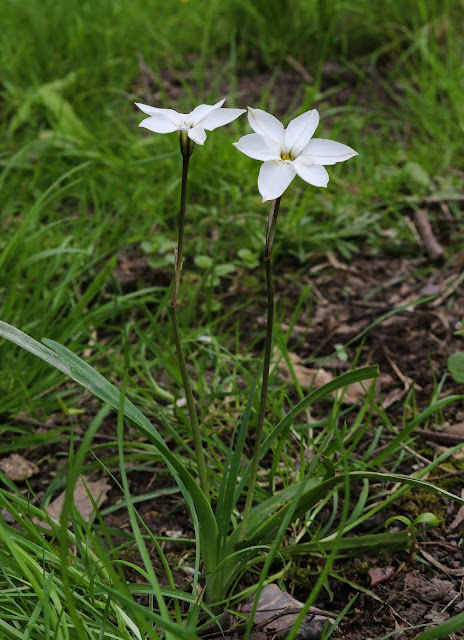 On Thursday 22nd April I was busy decorating for my parents but before getting to theirs I had bagged both Perfoliate Alexanders and Eastern Rocket in the city! Both were found easily with directions from the finder Louis Parkerson. After my painting I did the circuit walk at Thorpe Marshes. Mainly for the gorgeous pink adult Little Gull but I also had 2 Common Whitethroats, several Sedge Warblers, 2 Willow Warblers, Cetti's Warbler, Sparrowhawk, all 3 hirundines and a flush of Marsh Marigolds. 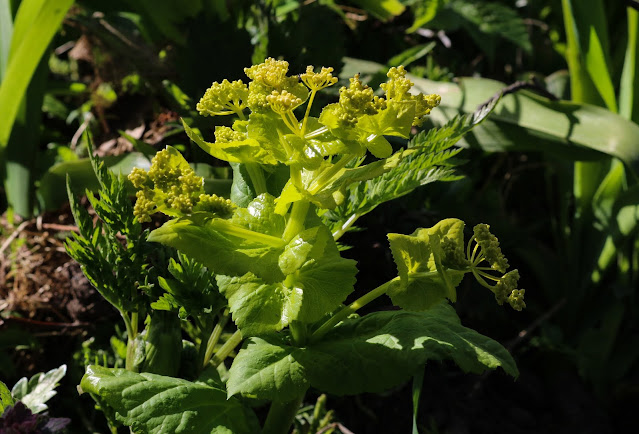 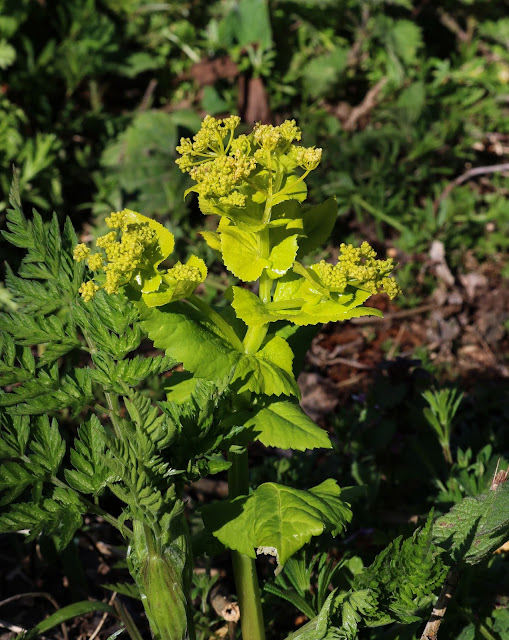 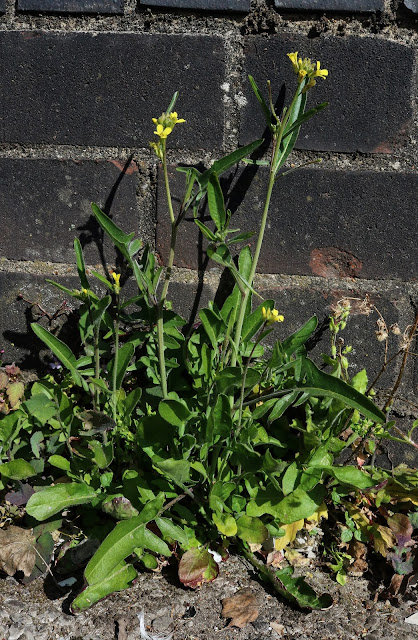 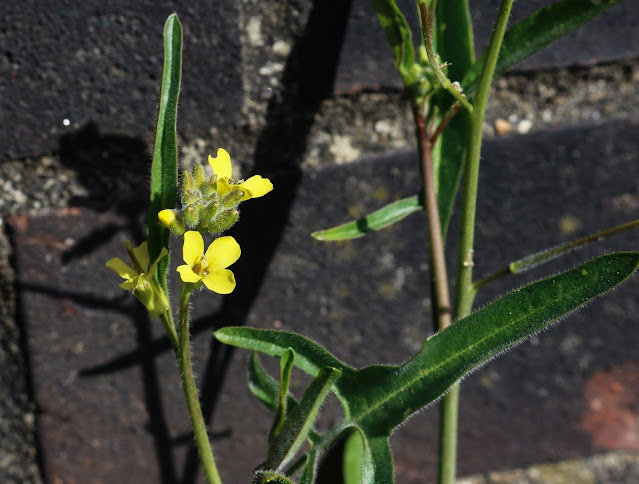 Friday 23rd April was a day off so Belinda and I undertook a long 15km walk from Somerleyton to Oulton and back by a slightly different route. The undoubted highlight was finding 2 Ring Ouzels - both cracking males at Warren Carrs and a Hobby over Flixton Marshes. We also had Sedge Warbler, Cetti's Warbler, Willow Warbler, Yellowhammer, Mistle Thrush and a single late Fieldfare. Several Orange-tips were seen together with my first Small Copper and Green-veined White of the year. After our walk we headed into Gorleston where Jeremy Gaskell had found the rare Musk Storksbill. It was straightforward to find and conclusively id (including a good sniff!). Black Spleenwort was growing on a nearbty wall too. It would have been a perfect day but for the sting I received on my finger from a Red-tailed Bumblebee while photographing the storksbills! 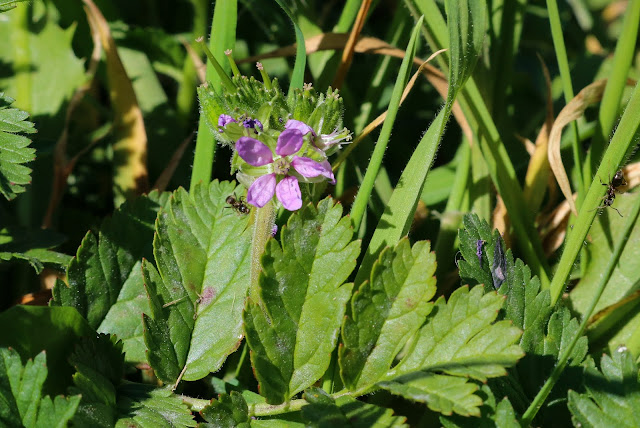 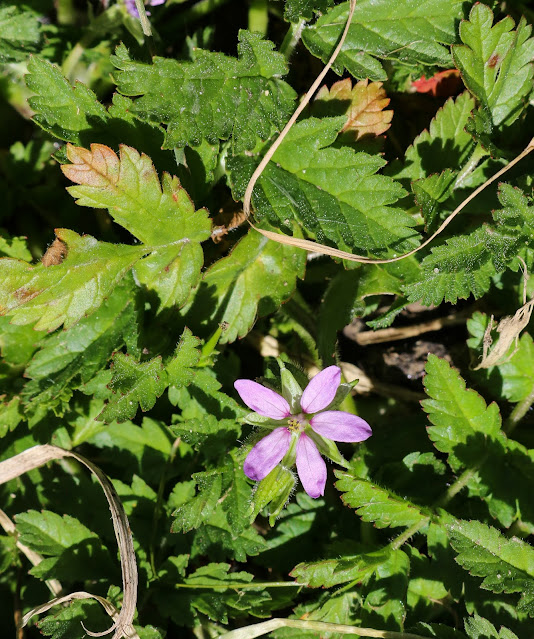 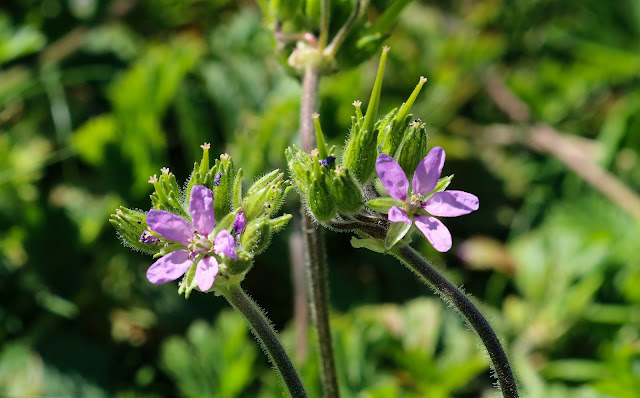 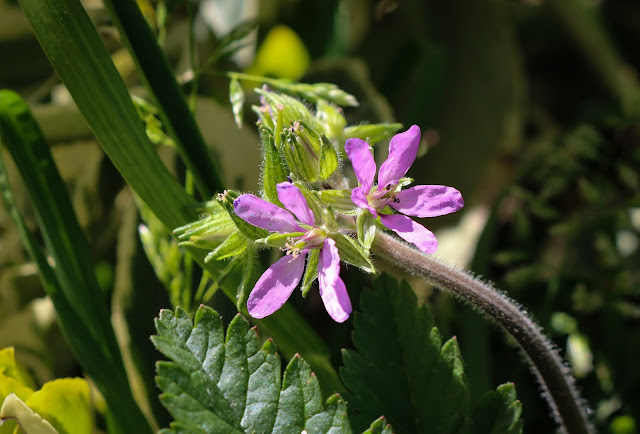 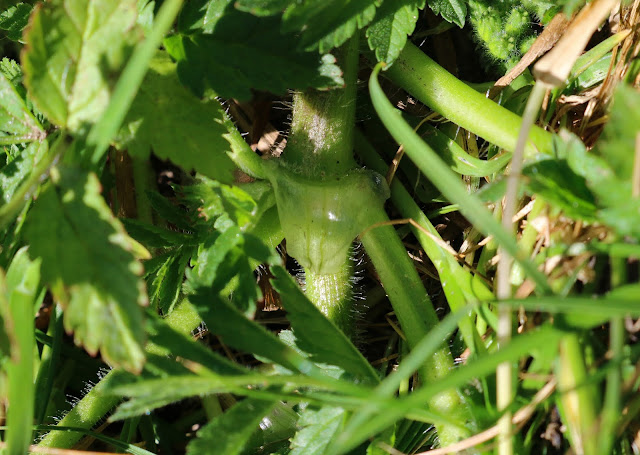 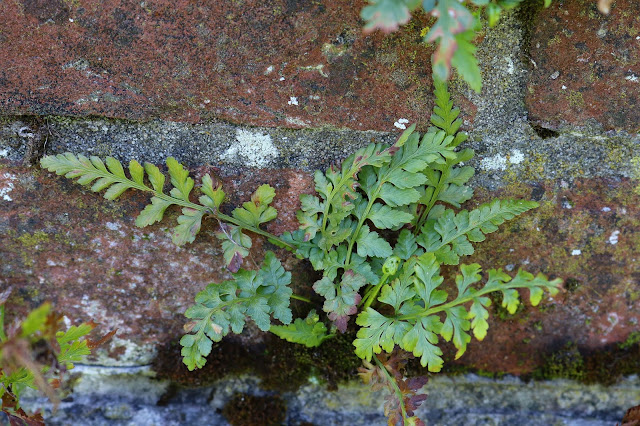 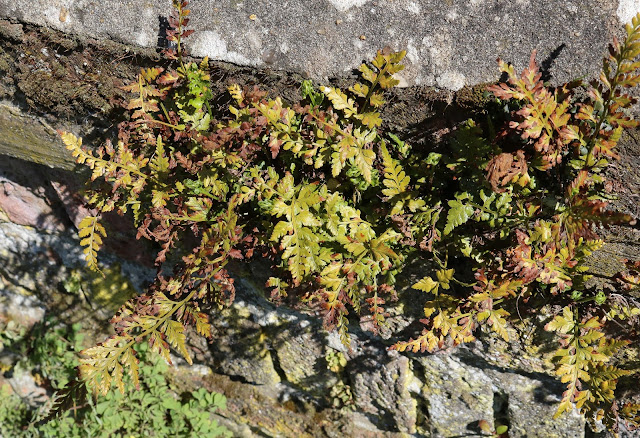 Today, Saturday 24th April was a day in Norwich doung various things - I just had to venture along to Palace Street though. It was here that Rue-leaved Saxifrage, a beautiful little miniature became my 700th UK plant. Some Oxford Ragwort was by the Jarrold Bridge and then no.701 was found along Earlham Road with Annual Wall Rocket growing out of the pavement! 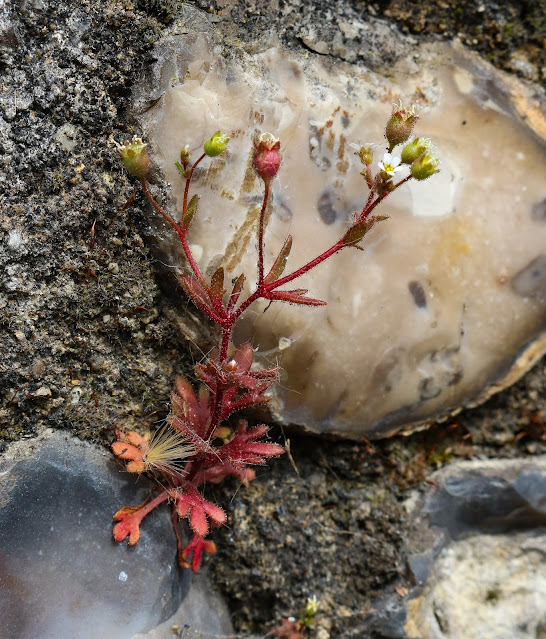 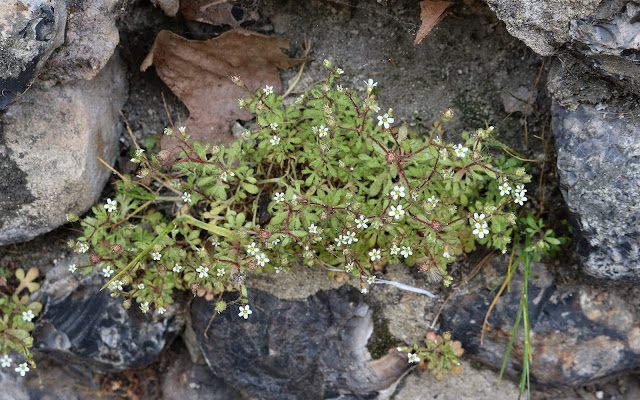 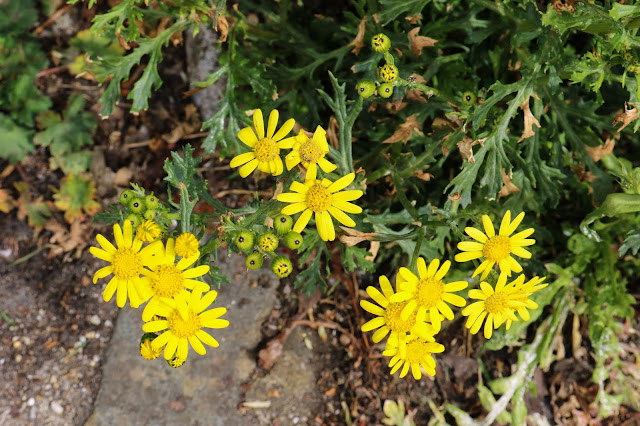 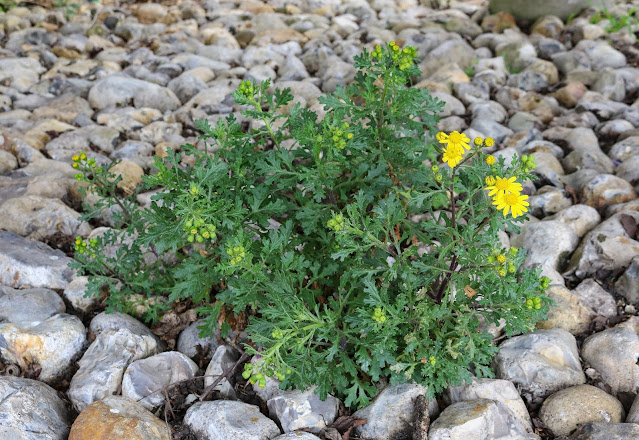 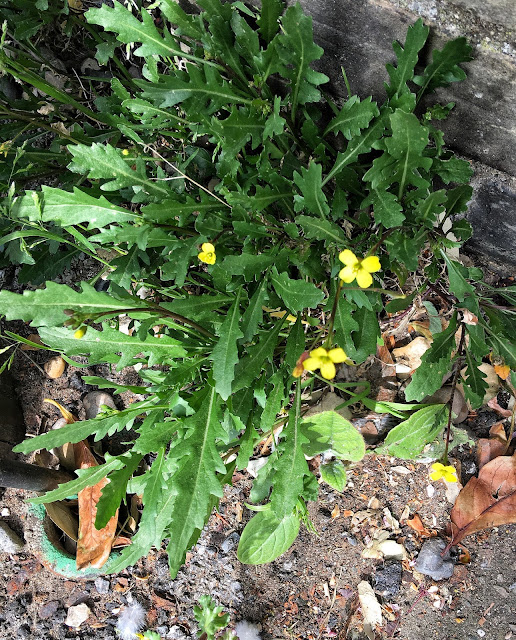