Finally we managed to get away for a few days! It was mainly to do a lot of walking and exploring an area I'd not been to for years but as ever there were a few sightings along the way.

On day 1 a walk at Bewl Water revealed a small number of Early Purple Orchids plus Yellow Archangel, Opposite-leaved Golden Saxifrage and Common Sorrel plus Bluebells and Cuckooflowers in abundance and a large flock of Sand Martins. Later, in the town of Battle on old walls I found some Mexican Fleabane. 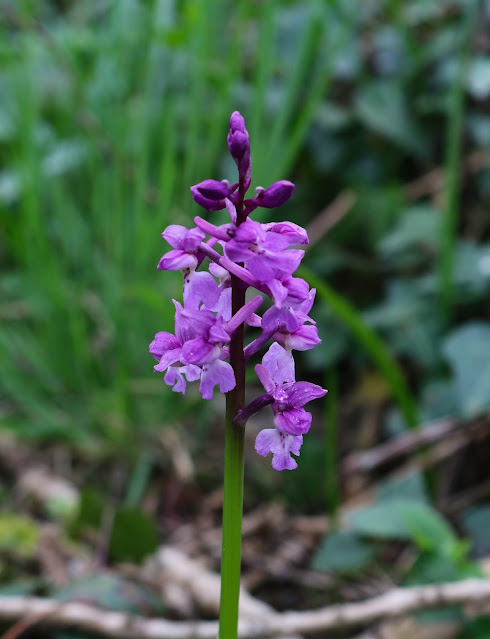 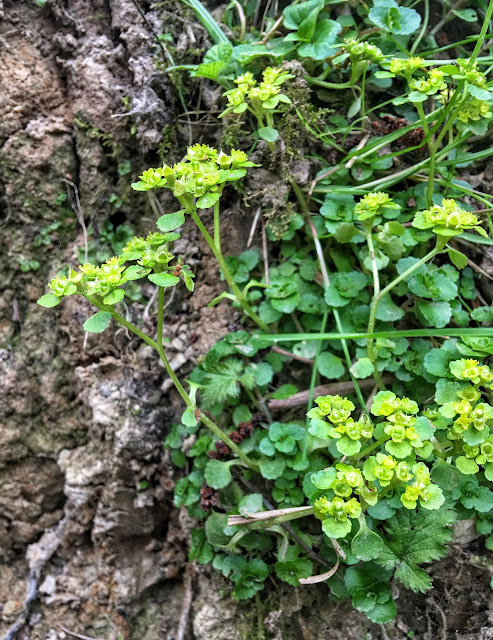 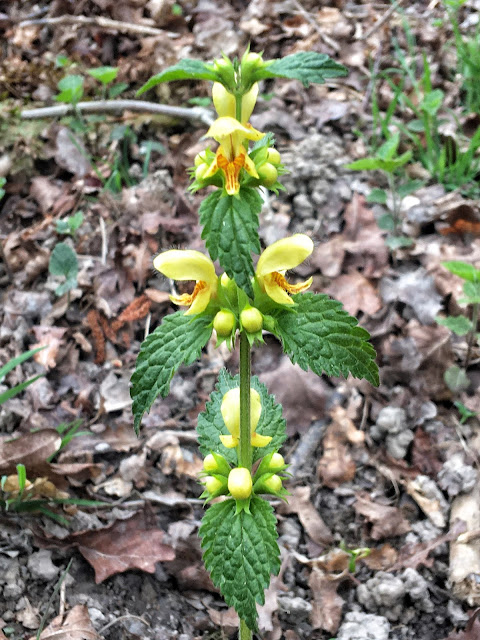 The next morning we were exploring the gorgeous town of Rye. Then we moved on to nearby Winchelsea where an ancient wall had Navelwort, Common Cornsalad, Ivy-leaved Toadflax, Western Polypody and White Comfrey. We then embarked on a long walk taking in Pett Levels, The Royal Military Canal, The Pannel Valley and Cliff End. Along the canal Cetti's Warblers were common and I had my first Reed Warbler of the year together with numerous Sedge Warblers and Common Whitethroats. A hide overlooking a lagoon in the Pannel Valley held a big colony of Black-headed Gulls and closer insection revealed c15 Mediterranean Gulls in their midst. Then, was we continued west through the valley looking for a lunch spot 2 Goshawks were over woodland just to the north - a fantastic bonus. On the beach at Cliff End a few Fulmars were on and around their nests and along the cliff bottom I found loads of the invasive succulent Hottentot Fig and then a single Caper Spurge plant which was a new one for me. Some Scarlet Pimpernel was also along the sea wall and Common Fumitory flowering in Pett Village. 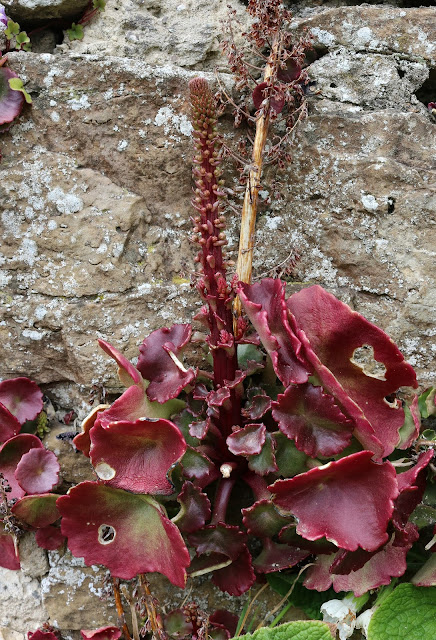 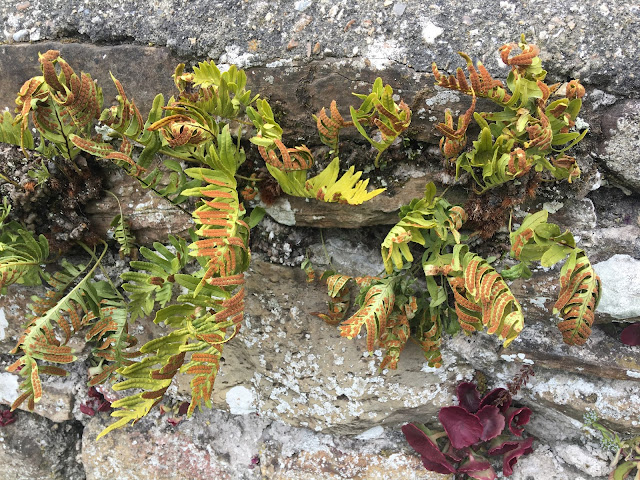 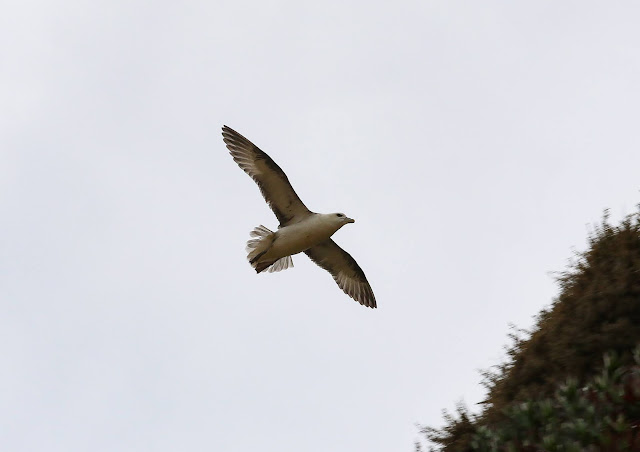 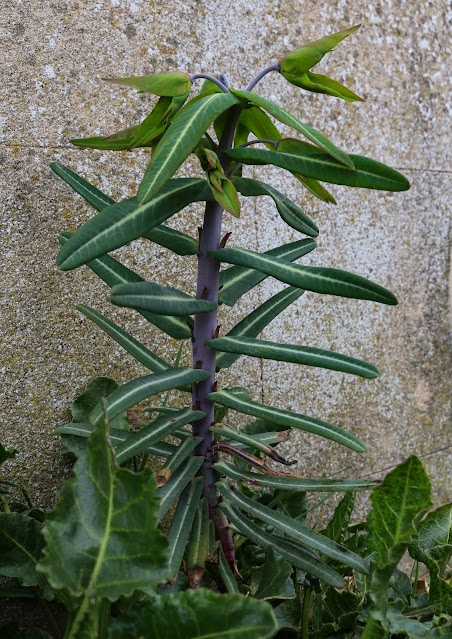 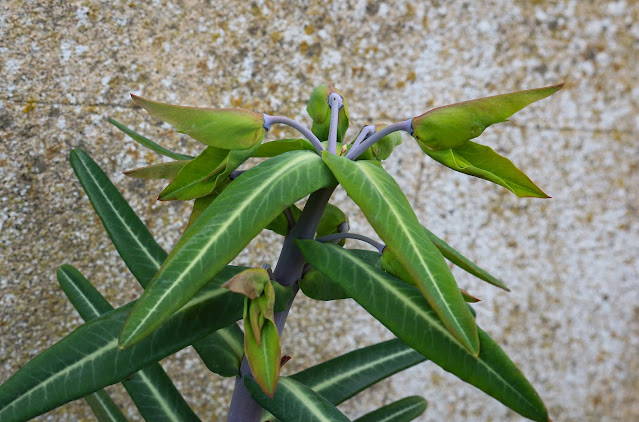 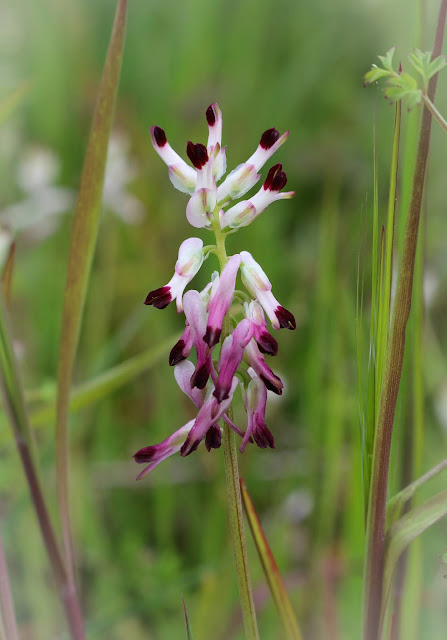 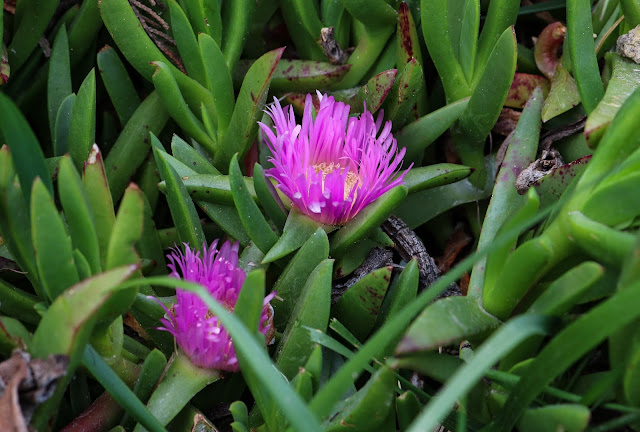 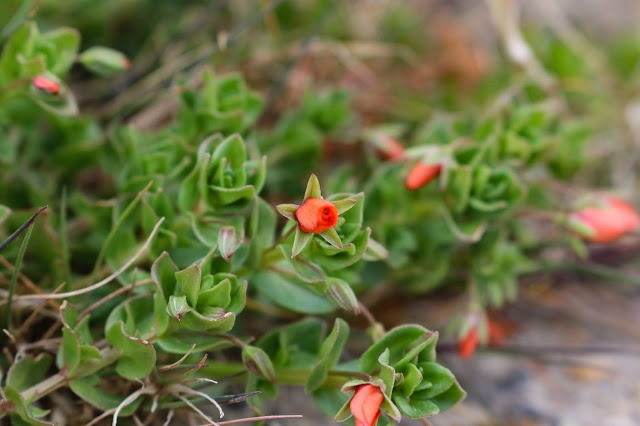 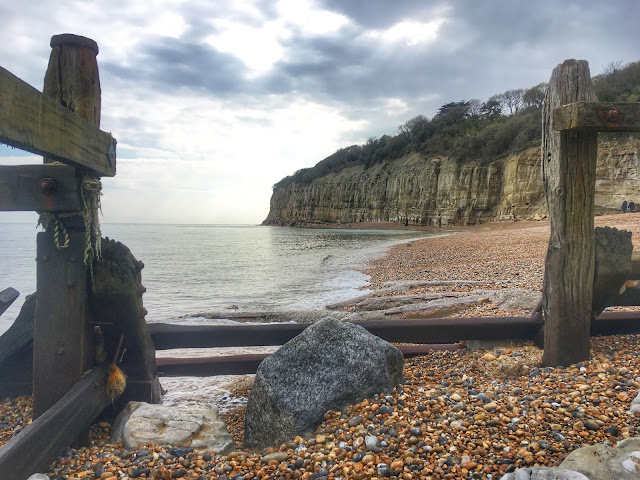 Saturday saw us exploring the Dungeness area - a particular favourite of mine and a place I've not visited for years. On the beach by the 'patch' off the power station the lingering 1s Iceland Gull was soon found and then back at the lighthouse area I finally got a spring Wheatear with a song-fighting male followed by a female and a single fly-over Whimbrel whistling it's way west. A quick sewatch (with bins only!) revealed c12 Common Scoter accompanied by a single Eider east and a group of c15 Brent Geese also east. Then we weaved our way further eastwards along the coast to Samphire Hoe. Here the numbers of Early Spider Orchids are much diminished these days but I found c45 plants including 2 in the picnic area by the carpark. A Raven cronked over the white cliffs and along the seawall I found plenty of Wild Cabbage and Hoary Cress. We finished the day with a walk in the glorious Ham Street Woods surrounded by Bluebells, Wood Anenomes and Wood Sorrel with the happy news that the mighty Canaries had beaten Reading 4-1 and become Championship champions! 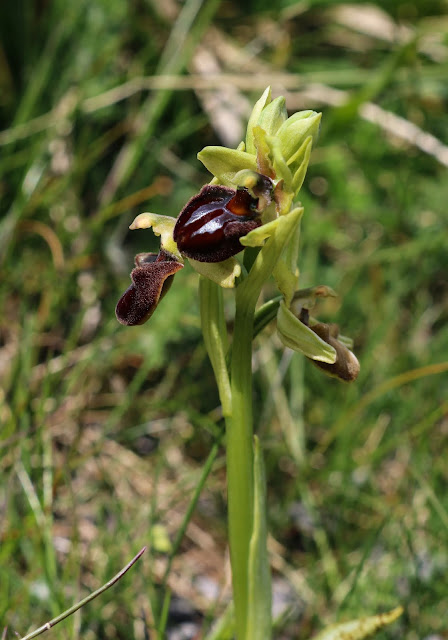 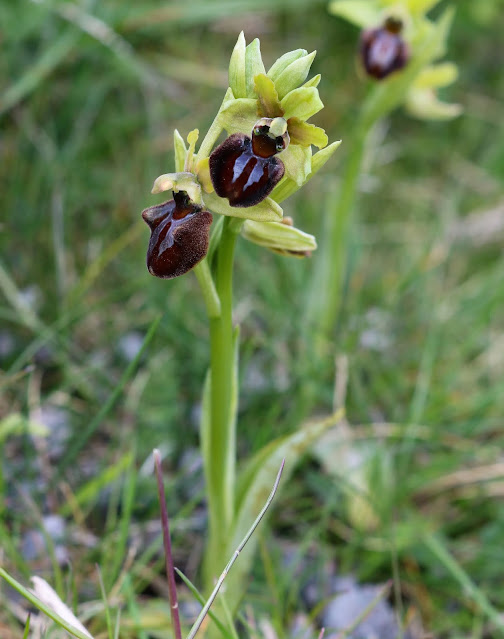 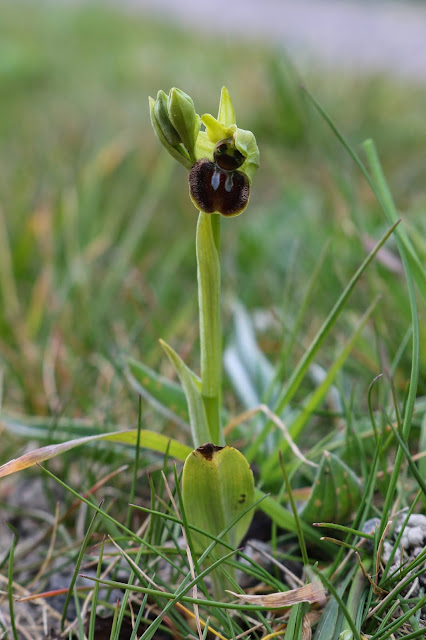 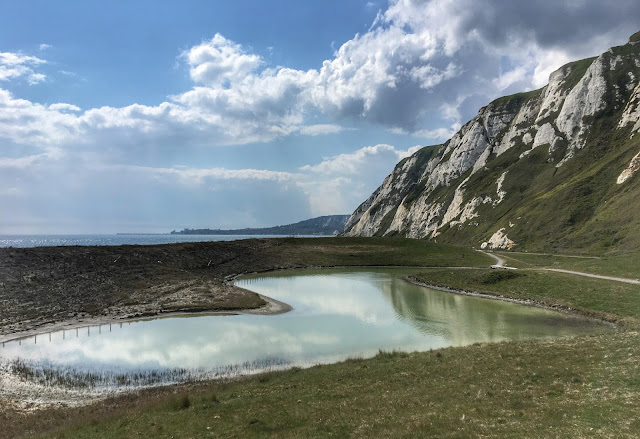 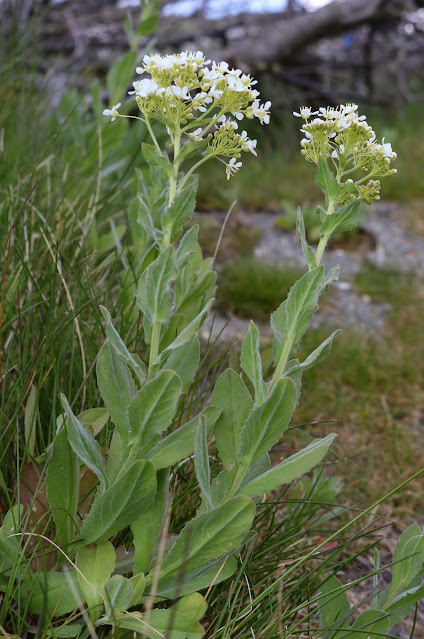 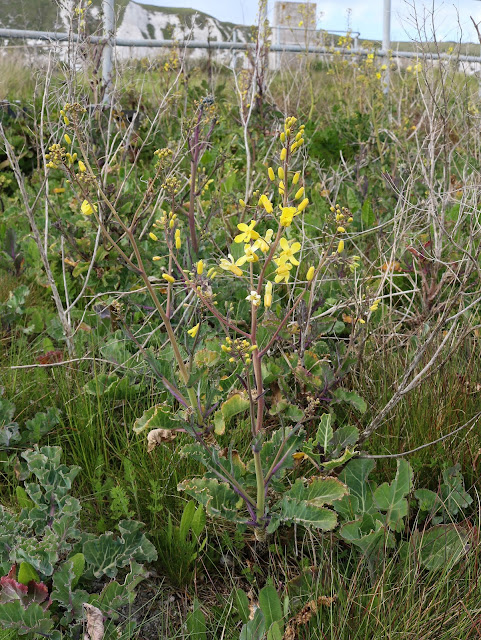 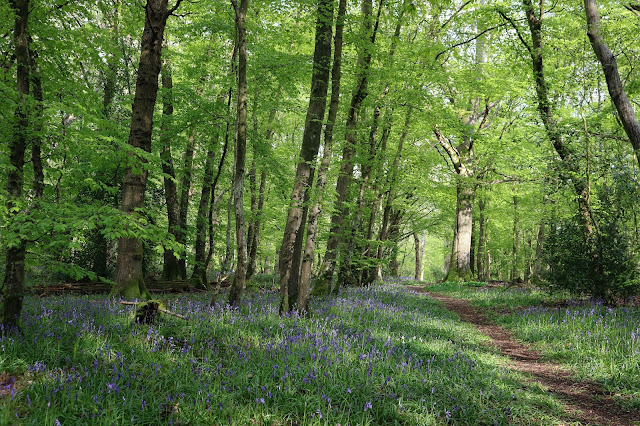 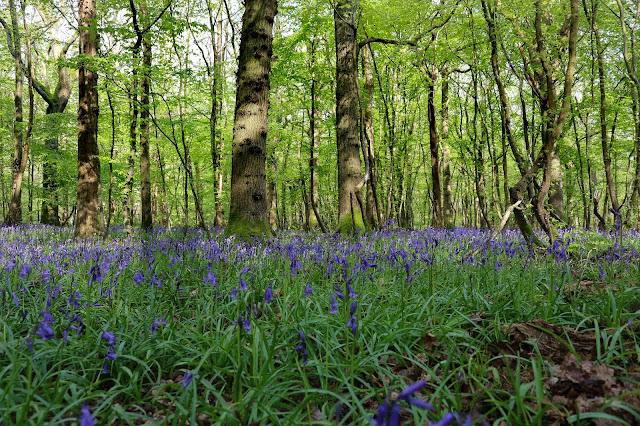 Our last day was spent walking in Hastings Country Park and then a circuit of a very wet Rye Harbour. There really wasn't much to write home about but a sign board at Rye Harbour did tempt me to return with details of rare plants there later in the summer! A single Dunlin, Avocets, plenty of Common Terns offshore and calling Little Tern were noted. 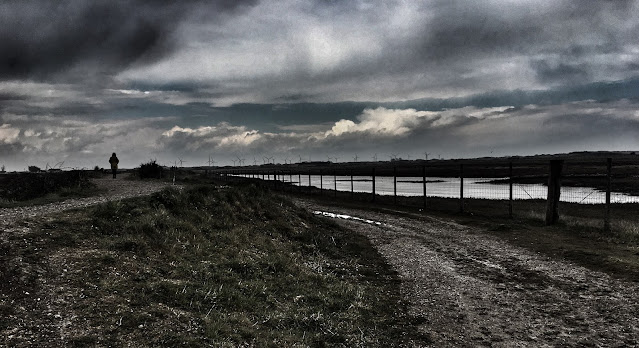