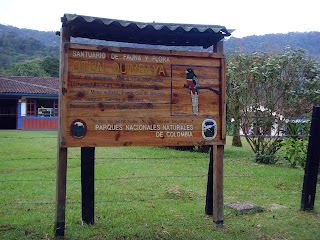 Otun Quimbaya
The day began rather well and even before breakfast. I was standing outside our accomodation block talking to my partner Belinda on the phone when a Tropical Screech Owl flew right past me almost over my shoulder! After breakfast we ventured out along the track long track with Sergio. Birding was quite slow for a while but having said that we picked up an Emerald Toucanet and then a superb Cauca Guan clambering around in dense foliage. What bizarre enormous birds these are! We then enjoyed good perched views of another local speciality Red-ruffed Fruitcrow and then Torrent Tyrannulet flitting about by a rocky river. Collared Trogon, Dusky Antwren, Montane Woodcreper, Smokey Brown Woodpecker, Golden-olive Woodpecker, Grey-breasted Wood Wren, White-collared and Chestnut-collared Swifts, Orange-bellied Euphonia and Bronze-olive Pygmy Tyrant followed before we caught the local bus back down the track to a junction by a building. Around the flowering shrubs here were Rufous-tailed Hummingbird and Andean Emerald before we tore ourselves away and ventured down a side track towards 2 rivers. En-route we caught up with Giant Cowbird and Green Jay but our hoped for Torrent Duck was remaining elusive. Onward to a trout farm gave which us loads of Bare-faced Ibis, Cattle Egrets, a photographable Torrent Trrannulet, Highland Motmot, Black Phoebe and neck-breaking views of a Fawn-breasted Tanager.  At the 3rd river stop we scored with our main target - a superb Torrent Duck - yay! Even this was usurped (in my opinion) by a mega White-capped Dipper spotted from a bridge. 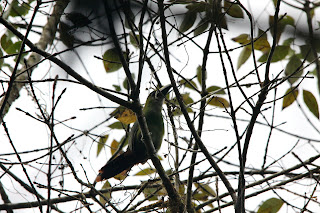 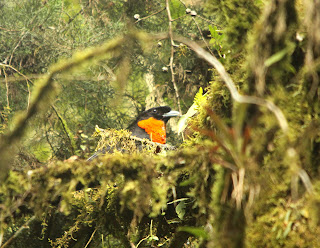 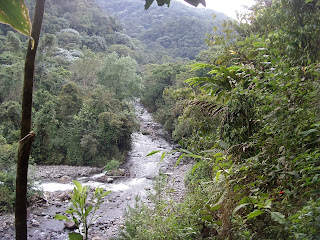 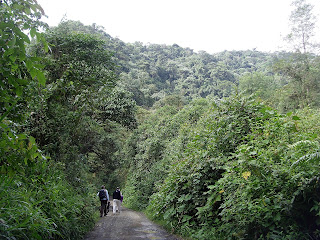 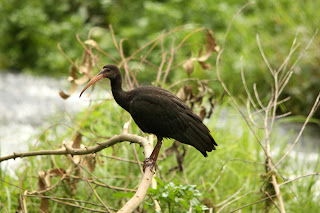 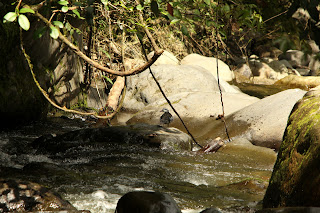 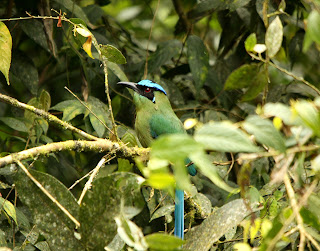 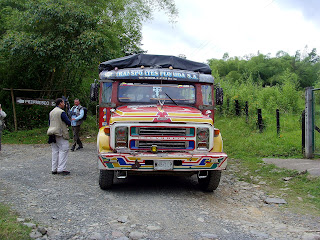 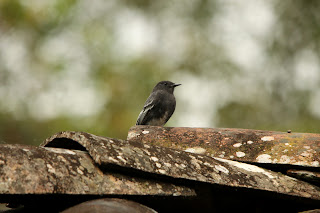 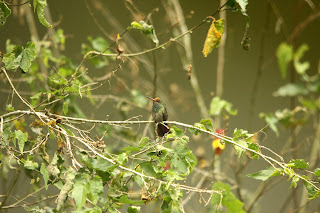 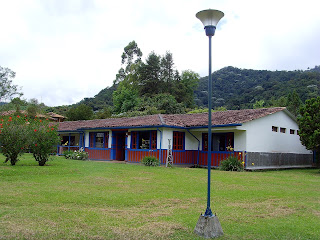 Otun Quimbaya lodge
The middle part of the day was spent moving towards our home for the next couple of days - the lodge at Rio Blanco. On the way we had the opportunity to stop at the roadside Lake Balsora. The hoped for Masked Ducks were not in evidence but the habitat didn't look right for this species at all. Maybe a little got lost in translation but we did find what we'd assumed were Ruddy Ducks which have subsequently turned out to be Andean Ducks. It was a certainly a learning process! Also here were Pied-billed Grebe, Snowy Egret, Neotropic Cormorant and several Wattled Jacanas, one of which nearly got taken out in flight by a Bat Falcon! 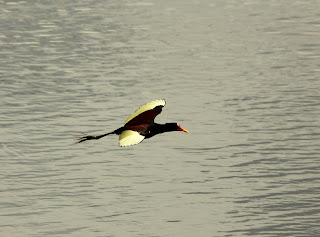 Wattled Jacana
After a long trundle up another track we reached the superbly positioned Rio Blanco Lodge. It was clearly going to be a great couple of days! Whilst being warmly greeted by the staff and checking into our rooms it was hard to take our eyes off the balcony feeders and nearby flowering bushes. Buff-tailed Coronets were buzzing everywhere whilst a superb Tourmaline Sunangel was chasing everything off its territory. Green Violetear, Long-tailed Sylph and Speckled Hummingbird were usurped by a mega Collared Inca which really stole the show. In the area immediately surrounding the lodge we had a showy Masked Flowerpiercer, flyover Bronze-winged Parrots, Pale-vented and Band-tailed Pigeons, Black-capped Tanager and some great views of the rare Masked Saltator, a speciality here. We made a foray into the gloomy woods seeing Sharpe's Wren on the way until we reached a feeding station where we sat patiently while our host 'baited' a small clearing with worms. Within just a few minutes we were watching the endemic Brown-banded Antpitta and Stripe-headed Brush Finch at point blank range!  To conclude a fantastic days birding a Short-tailed Nighthawk flew past the lodge as the light faded and then after dark we 'torched' a White-throated Screech Owl.     ﻿ 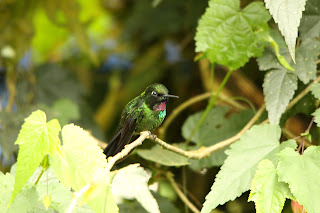 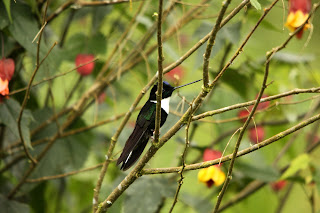 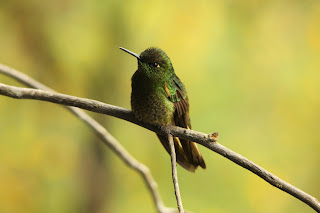 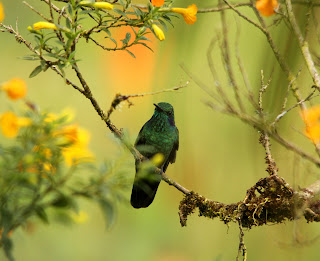 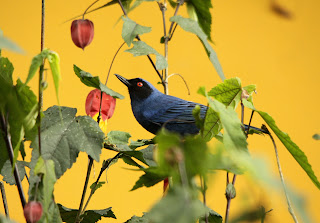 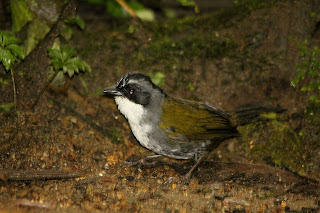 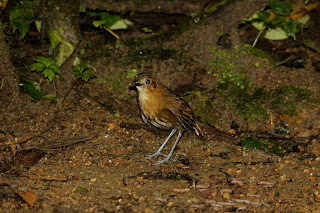 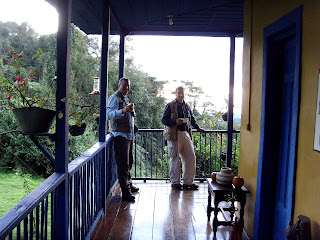 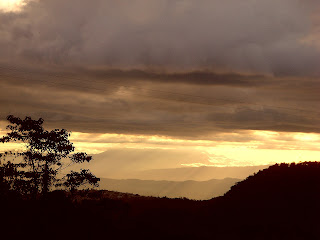 Looking west to the Pacific from Rio Blanco lodge
Posted by Chris at 12:12