A completely unplanned days birding while Belinda was out doing wedding stuff.
I'd only thought about giving the Two-barred Crossbill at Lynford Arboretum a few hours but after spending a fruitless 3 hours there where there were c20 Common Crossbills, 3 Nuthatches, Sparrowhawk, 2 Mistle Thrushes, 2 Redwings, Coals Tits but nothing with any wingbars except Chaffinches I decided to move on.

So, the Ouse Washes in Cambs it was to see the Northern Harrier of the last few days. Starting off on the east side just south of the railway bridge I was reliably informed by Mike Sidwell, Trevor Davies and Richard Allison that it hadn't been see for 2 hours - great! It did eventually show at enormous distance but with only my bins with me I had no chance except a crafty look through Trevor's scope. Even then we laughed at the 'views' we were getting. I then made the good call of driving the long way round to the RSPB reserve on the west side where I walked to Grose Hide to find the bird sat on the grass only 200 yards away - at last! After 10 minutes it got up and had a good fly round before heading north.
5 Marsh Harriers and a standard Hen Harrier were also seen but other than the usual wildfowl suspects little else. 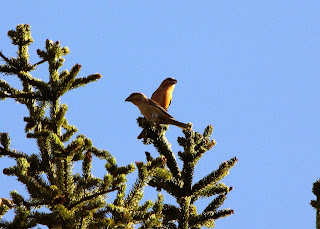 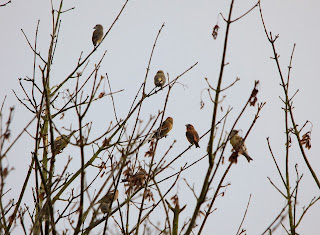 Plenty of Crossbills but nothing with wingbars! 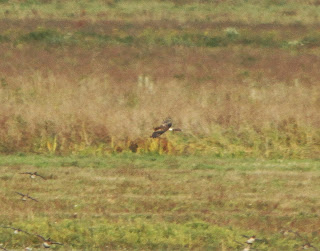 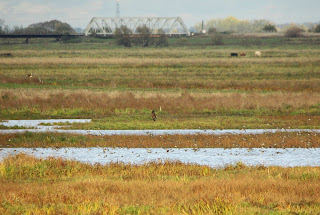