A beautiful sunny day in the far east of the UK which turned out to be a bit of a photo-fest!

First stop was at Yarmouth North Denes for the 2 Shorelarks that seem to have settled in for the winter. They took a little locating despite directions of them being 'near the pink and blue beach huts' but after the other couple of observers had left I had them to myself. A bit of crawling through the dunes and I managed to get pretty close and enough to nail some half decent pics.


Then it was south along the seafront to the beach between the piers. Before I started lobbing bread at them I counted 44 Mediterranean Gulls loafing on the sand and then the fun began trying to photograph them in their bread feeding frenzy! The flock comprised roughly 85% adults, 10% 2nd winters and 5% 1st winters with 5 different ringed birds noted as follows:

I'll be submitting these sightings to the relevant recorder to find out more of the history of these individuals. 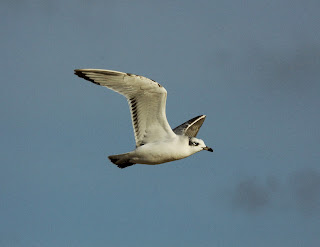 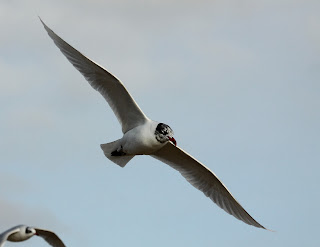 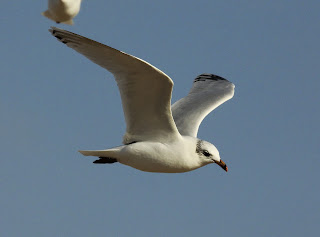 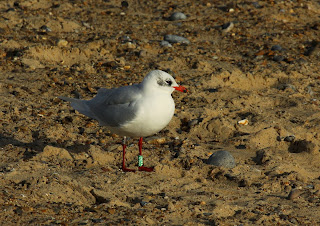 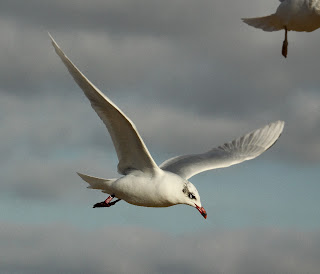 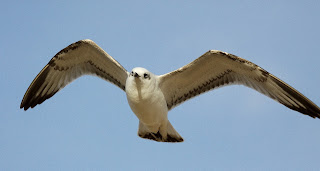 We then had a circular walk at Gunton where several Kittiwakes were offshore together with a single Eider and then a wintering Chiffchaff in Gunton Wood.

Finishing the day with a cuppa in the car at Ness Point, Lowestoft it was decidely wild and windy but it proved to be 3rd time lucky for me here on recent visits with 2, then 8 and finally 10 Purple Sandpipers showing extremely well on the rocks. Plenty of Kittiwakes here too. 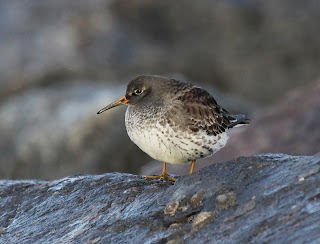 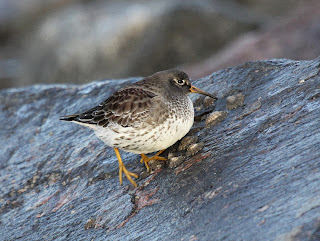