This was a day I'd really been looking forward to - getting onto the fabled La Turba Marshes for its restricted range endemics.
I picked Angel up from his house at 06.30 and proceeded to drive the 20 minute or so to the entrance track to the marshes. Then along the narrow and bumpy track (poor old hire car!) for what seemed like ages until we reached a spot to park where we could drive no further.
Setting out on foot along the path we encountered a pair Zapata Sparrows within just a few minutes. Then, a blast of song from the opposite side of a wide water-filled ditch announced the presence of my other main target. With some MP3 encouragement from Angel within seconds we were watching Zapata Wren singing loudly and leaping around in the bush right in front of us! We went on to see another a few hundred yards along the track and a total of c5 Zapata Sparrows including some great views of one on the track. Into the bargain we also had 3 American Purple Gallinules, 3 Black-crowned Night Herons, Green Heron, 4 Neotropic Cormorants, Cuban Green Woodpecker, West Indian Woodpecker and 2 Cuban Bullfinches. On the drive back along the entrance track the final target fell as a Red-shouldered Blackbird flew across the track right in front of the car. 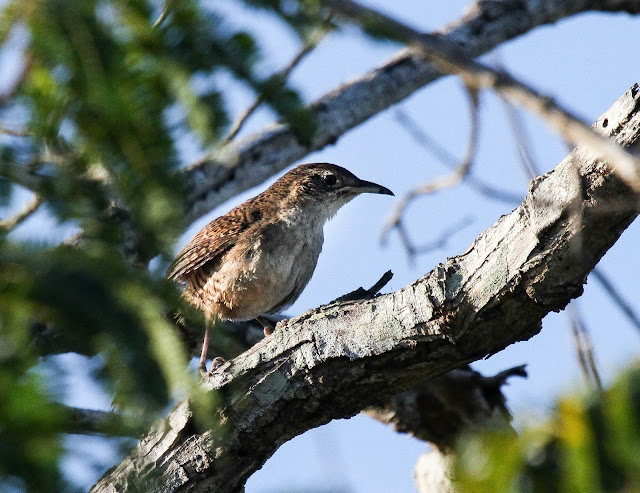 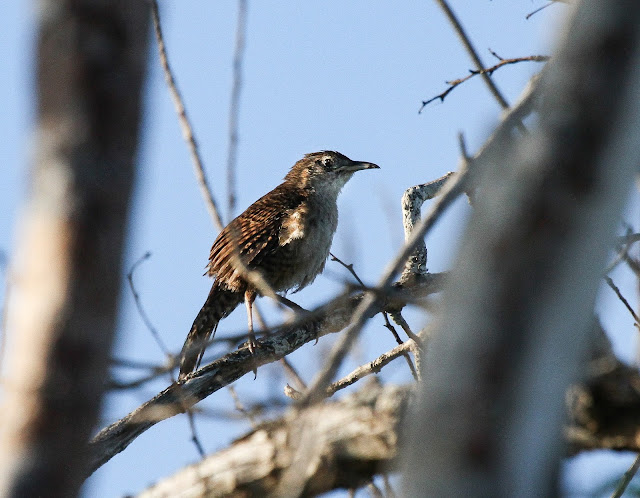 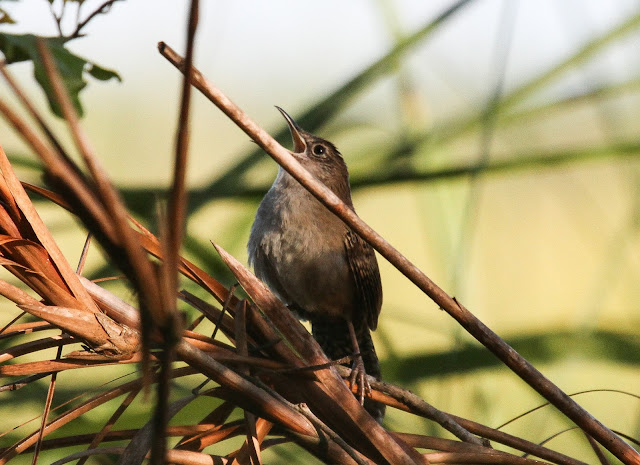 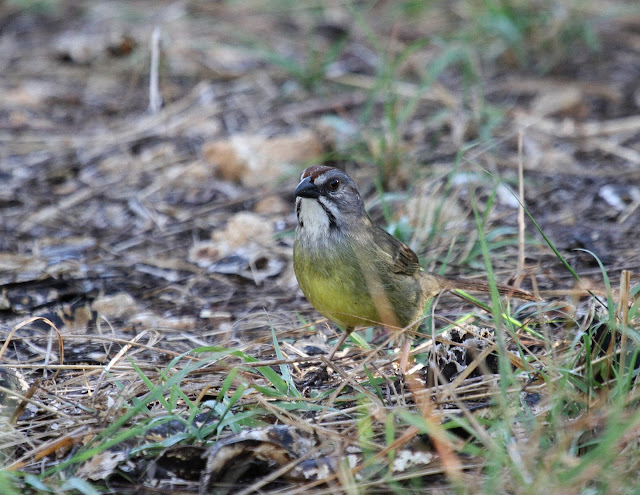 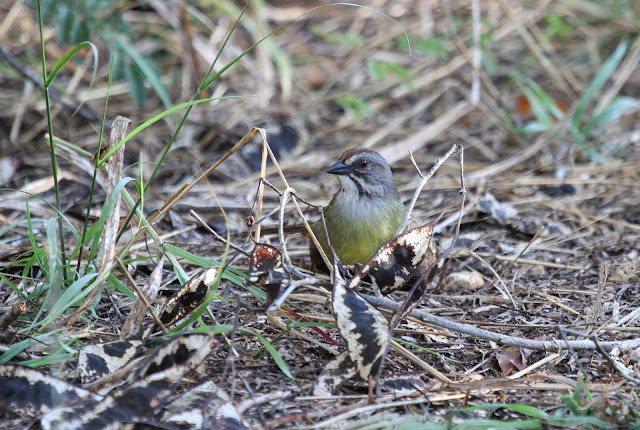 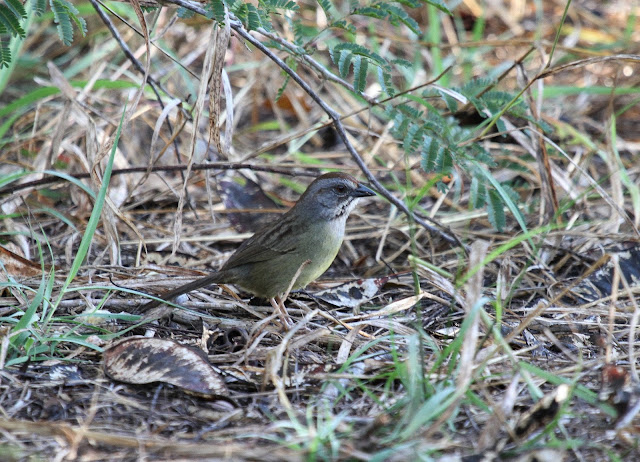 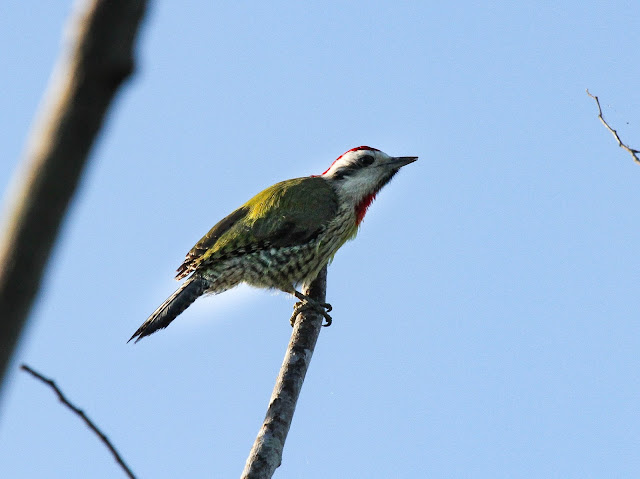 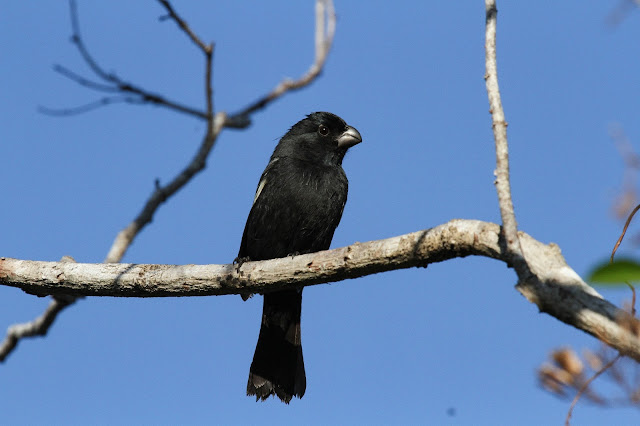 With our mission complete we had a bit of time to spare for one of my remaining targets so Angel and I headed off to the dry savannah woodland at Soplillar once again via a showy Northern Flicker and 2 Cuban Parrots by the road. Parking up 2 nice White-winged Doves posed in a tree and 2 Great Lizard Cuckoos and American Kestrels were seen on the walk across the woodland. Angel  was clearly a man on a mission and sure enough we soon reached a dead palm stump. Here he tapped on the trunk and out popped a mega male Fernandina's Flicker! This man clearly does a lot of field work to find nest sites! We finished up with 2 Cuban Parakeets, a Blue-grey Gnatcatcher then a 'Ridgways' Osprey just as I was dropping Angel off back at his house. 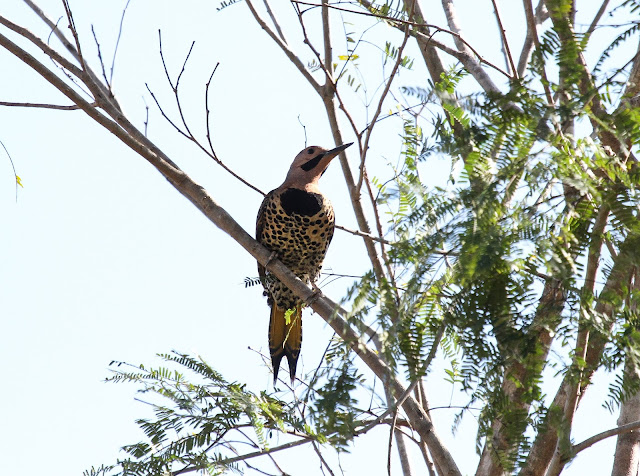 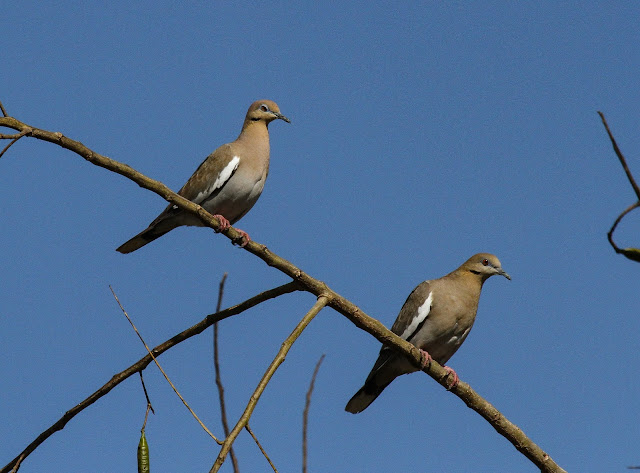 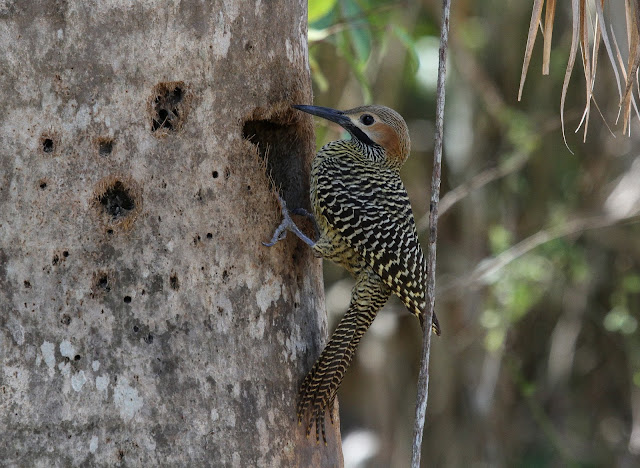 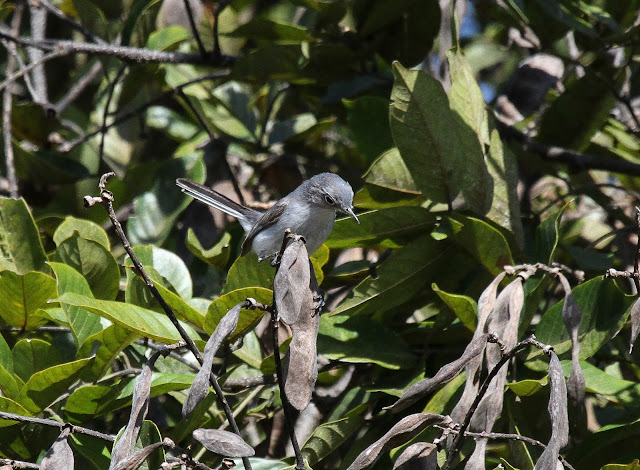 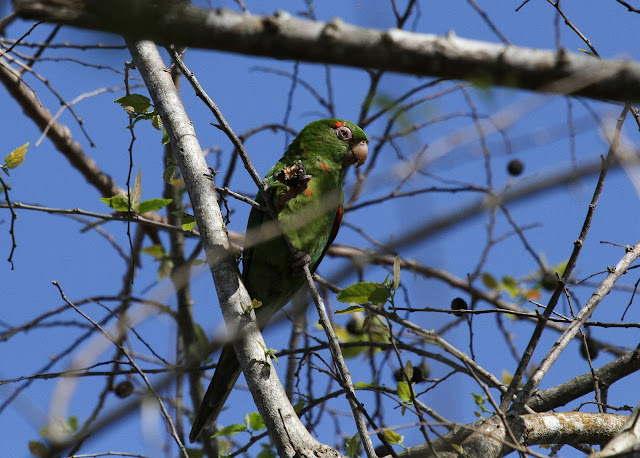 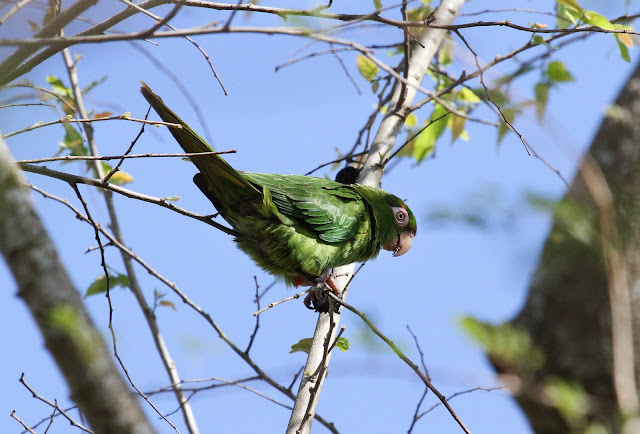 With the afternoon to spare the girls and I ventured south along the coast from Playa Larga to the Cueva de los Peces. This popular tourist spot for snorkelling has the added attraction (for me!) of really easy Blue-headed Quail-doves that feed around the restaurant/bbq area a few yards away from the carpark. Considering how secretive and elusive the species is at any other site this is amazing and within seconds I'd seen 6 and nearly stood one one as it crossed the path! Also here was Black-and-white Warbler, Cuban Pewee, confiding Red-legged Thrushes, La Sagra's Flycatcher, White-crowned Pigeon and Greater Antillean Grackles. 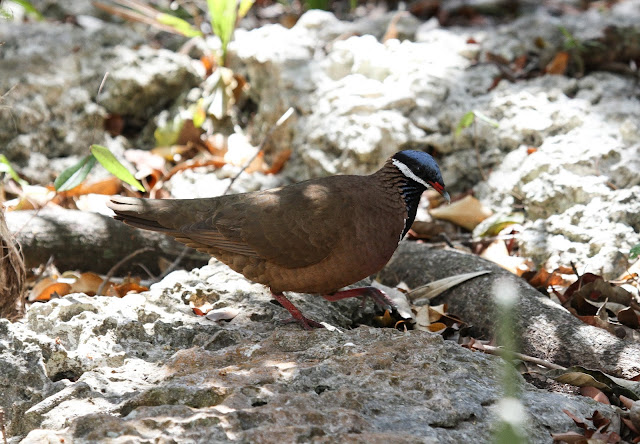 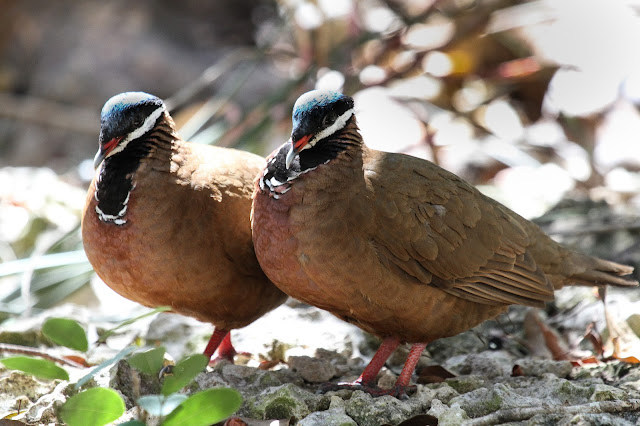 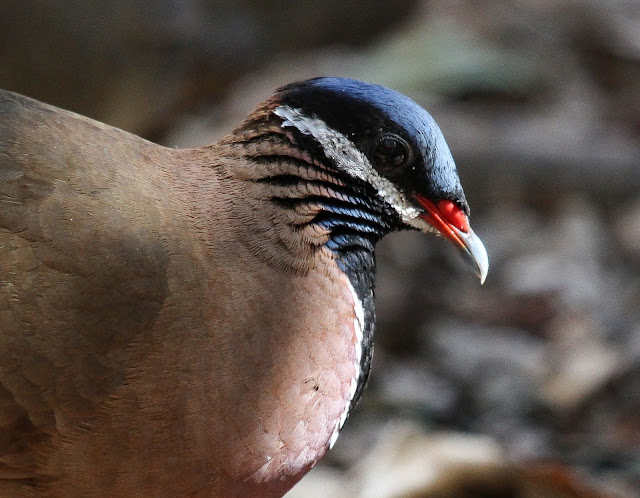 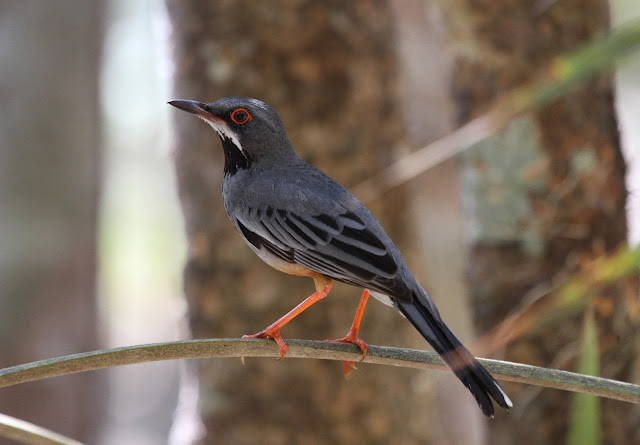 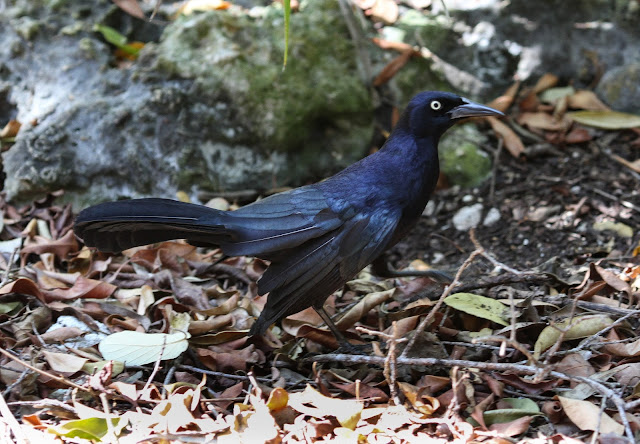 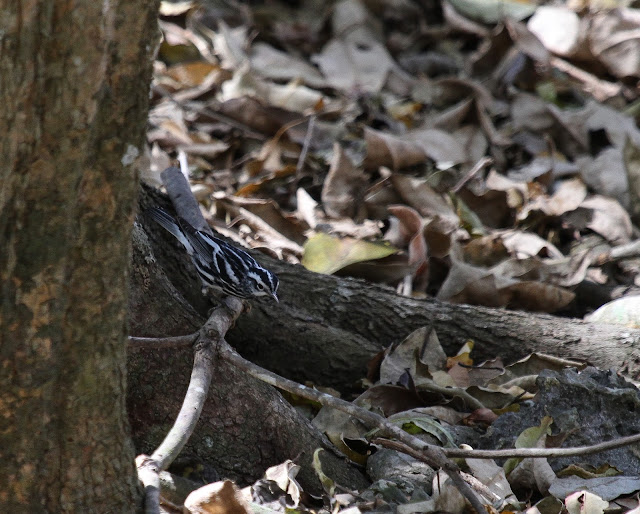 After an very enjoyable snorkel we headed back and decided on a quick return visit to the Bee Hummingbirds at Palpite so Belinda could see them. We were welcomed with open arms by the owners who even brought us coffee out this time. Needless to say the birds performed well again! 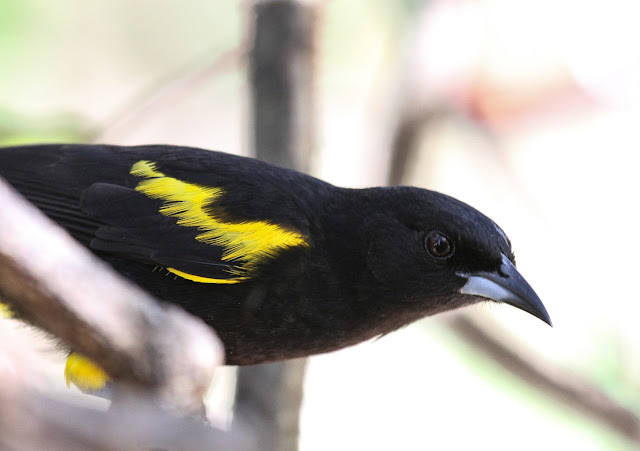 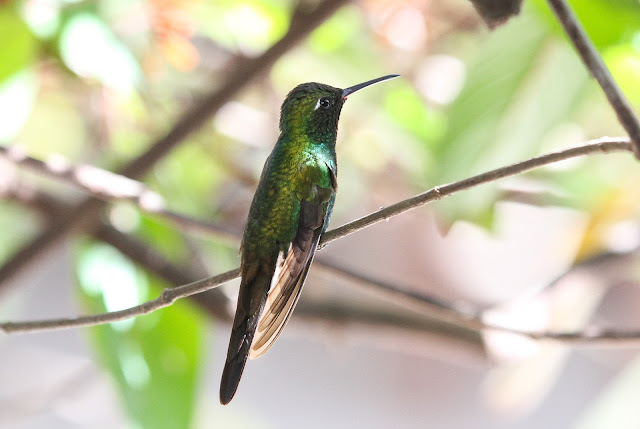