East Sussex & Kent for Long-tailed Blues and much more, 25 August 2019

We had been planning a day out in Kent for a few weeks but with the discovery of Long-tailed Blue butterflies in East Sussex our planned day began to take shape nicely.

Leaving Norfolk at 07.45 we were down in Brighton in time for the warmth of the day to have built up. Whitehawk Hill in suburban Brighton was our destination and sure enough, in an area of rough grassland and bushes close to the TV mast we found a couple of other guys and more importantly 2 male Long-tailed Blues! One was seen on numerous occasions, whizzing backwards and forwards with an amazingly fast and jerky flight. Luckily it did settle a few times allowing some photographs.

We then moved on through the Brighton traffic to the town of Lancing to the west. Here, looking through a fence in the corner of the Asda carpark beside the railway line we immediately got onto 2-3 female Long-tailed Blues along a line of flowering Broad-leaved Everlasting Pea. Again they performed well prospecting egg-laying spots although they were that little bit distant for decent pics. 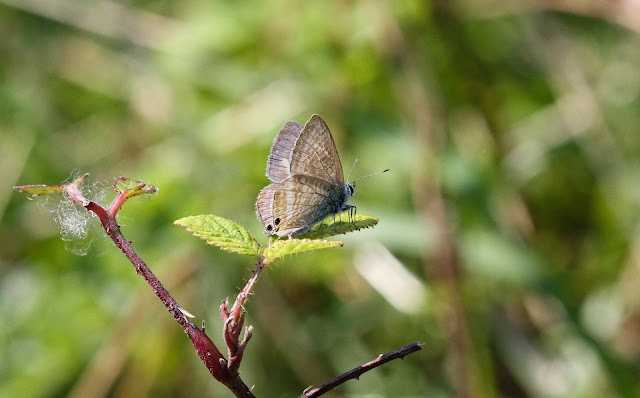 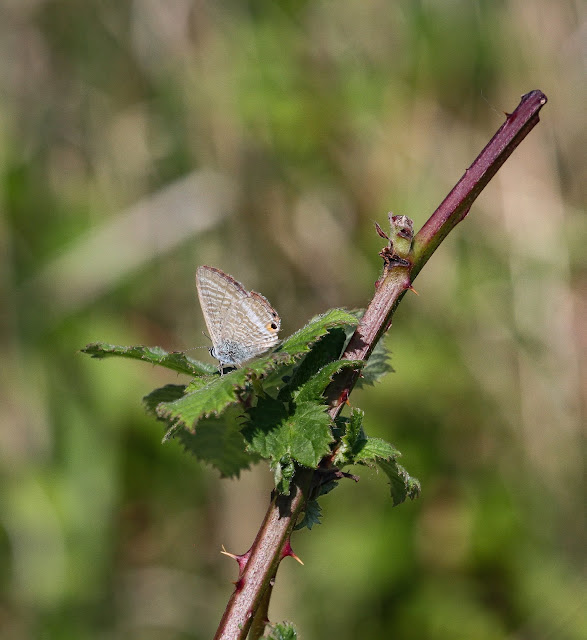 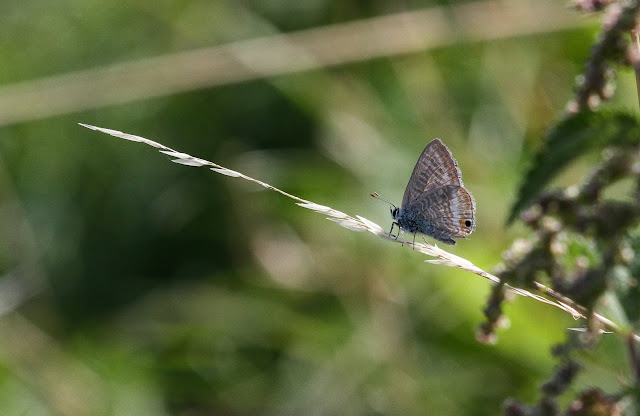 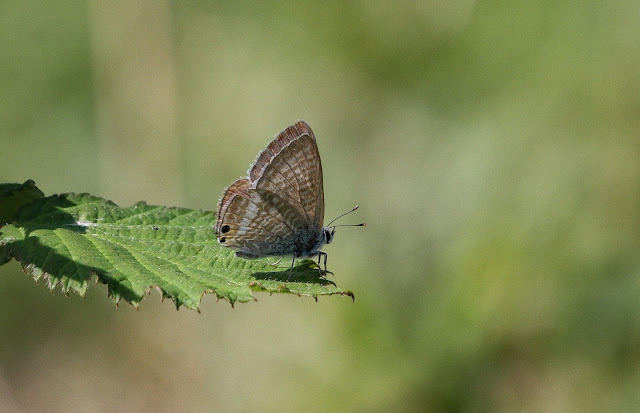 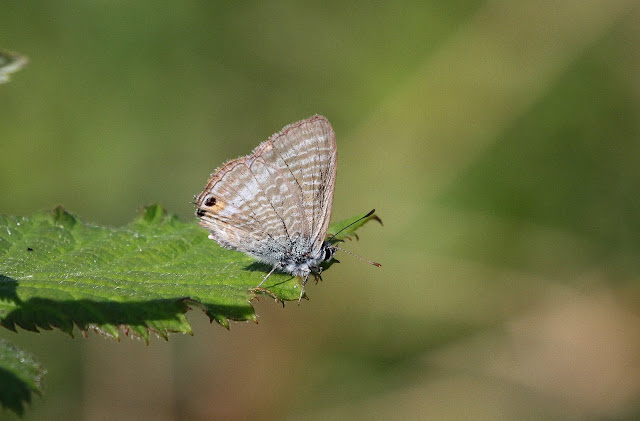 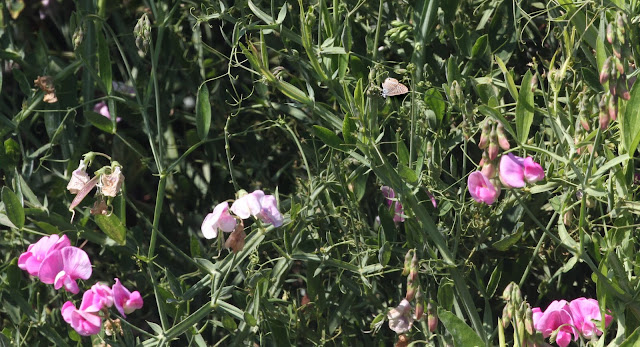 We had spoken to a guy at Whitehawk Hill who tipped us off about a couple of nearby sites. The first of those was Steyning Rifle Range (aka Steyning Downland Project) so we duly headed off there next. Despite it being supposedly after the best time to see them (we arrived at 14.20) we scored with a couple of Brown Hairstreaks within about half an hour. Some good perched views through the bins but nothing I could get my camera on. 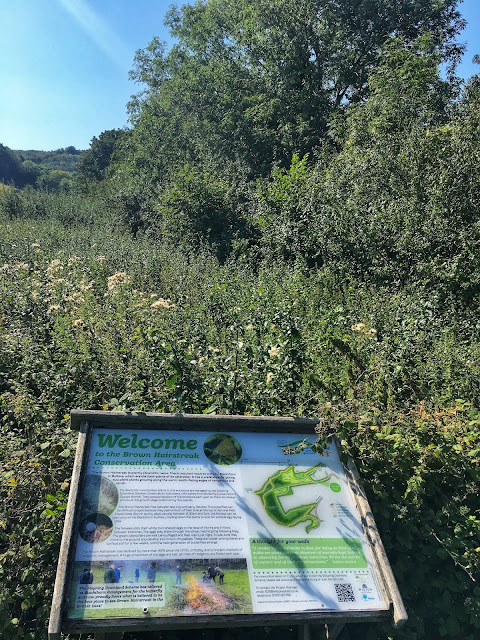 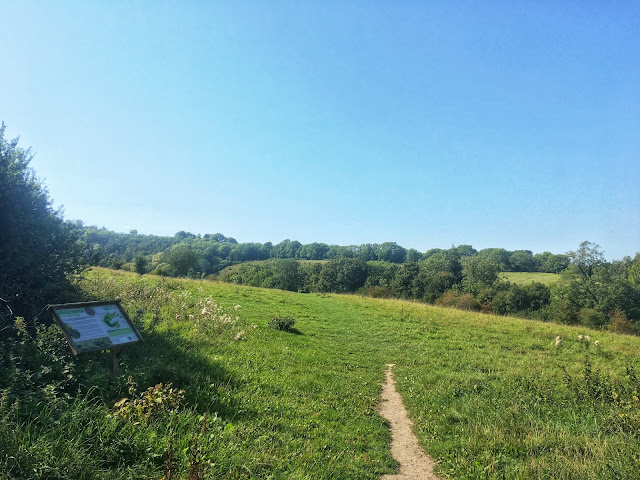 The other site we were told about was Malling Down, just outside Lewes. After some difficulty finding a place to park we walked up the path from the west and out onto the impressive down. And it took me about 5 minutes to get onto a female Silver-spotted Skipper! She was quickly followed by a male which sat still for a while allowing some pics and for us to note it was one of the dark variety where the ground colour to the underwings is a dark brown suffused with green. A couple each of Adonis Blue and Chalkhill Blue plus some nice plants - Carline Thistle, Dwarf Thistle, Wall Cotoneaster and Small Scabious had us leaving the site in fine spirits for our trek across to north Kent. 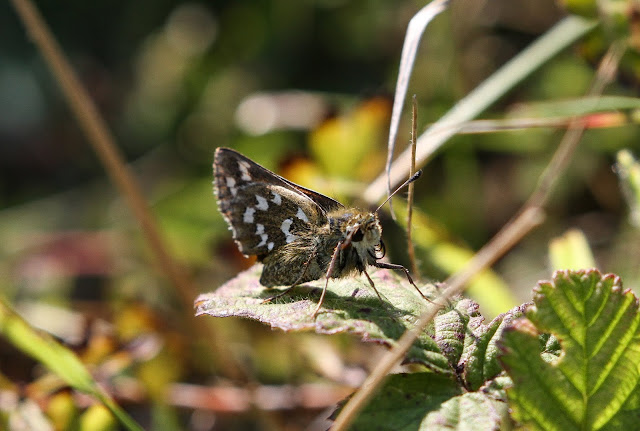 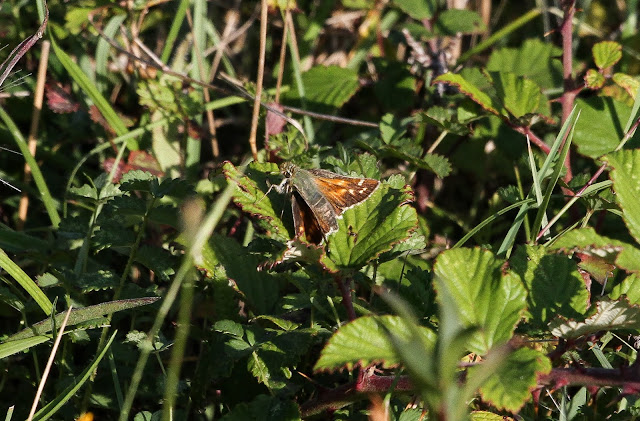 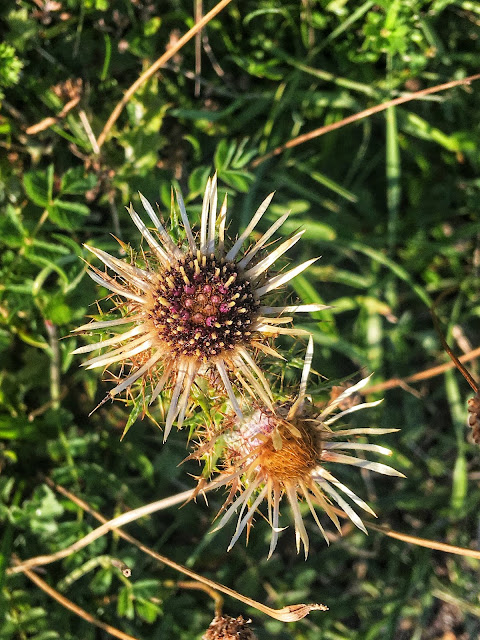 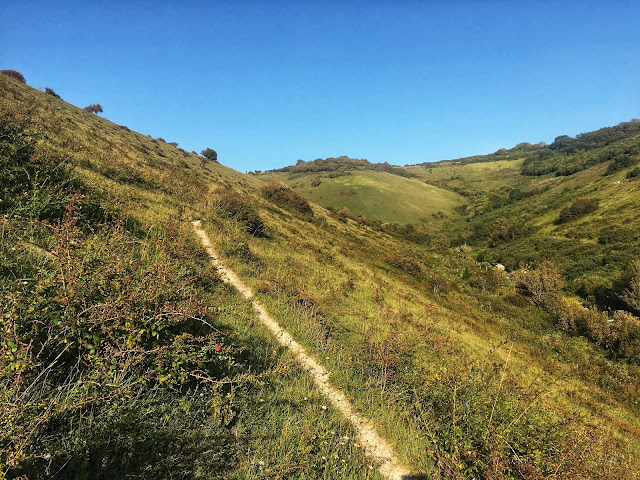 The drive was surprisingly easy and we arrived at Queendown Warren, our penultimate site with about 20 minutes of decent light left. Luckily we found loads of Autumn Ladies Tresses in double quick time with the bonus of Autumn Gentian. 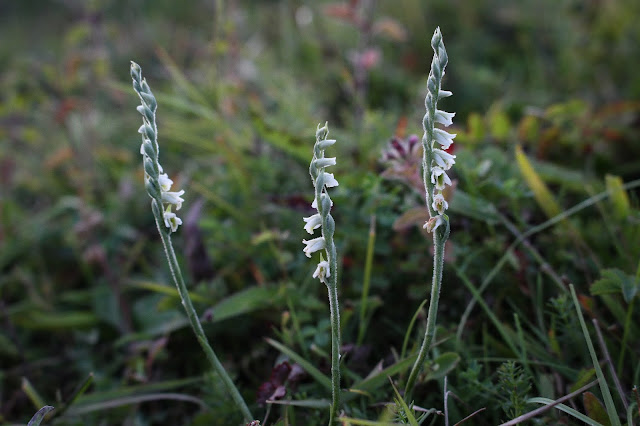 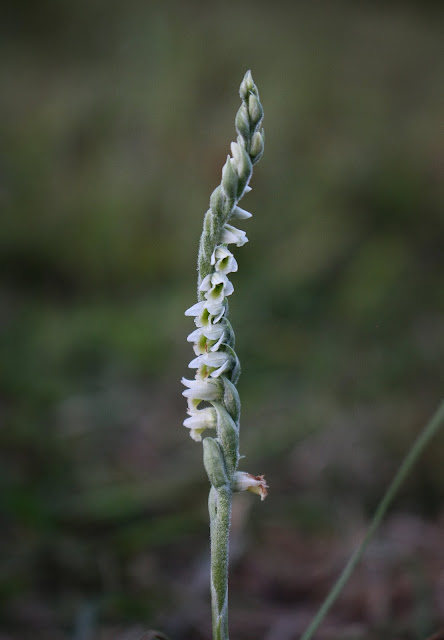 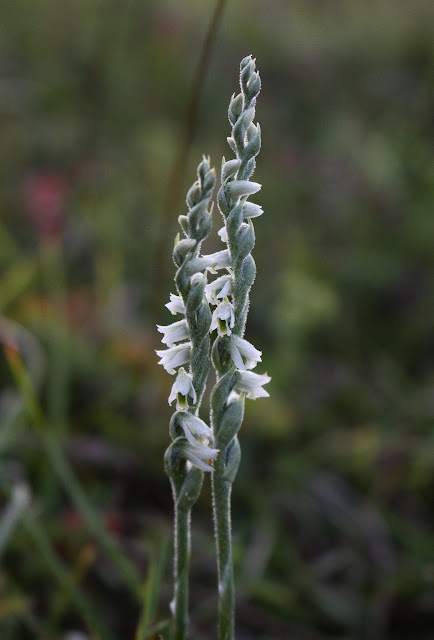 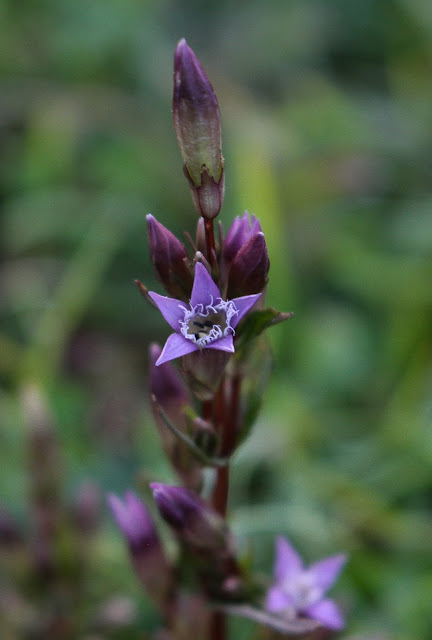 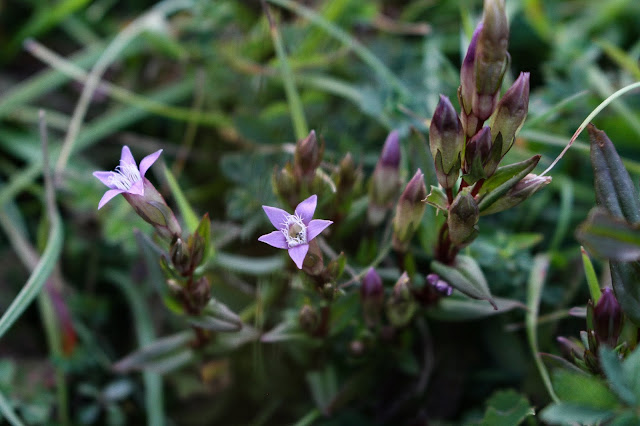 After an entertaining fish supper in the High Street in Sheerness (dining alfresco on the pavement seating we were 'treated' to the drunken antics of 2 girls who were keen to procure some chips for a quid!) we headed to the dock area and another 'high street'. What had been our main target for the day had to be left until last and after dark - European Yellow-tailed Scorpions. Here, using 2 UV torches Jus had purchased we saw about 25 of these marvellous creatures on and in the old dock wall. Apparantly a population of 15-20,000 prevails and has been there for 250+ years! 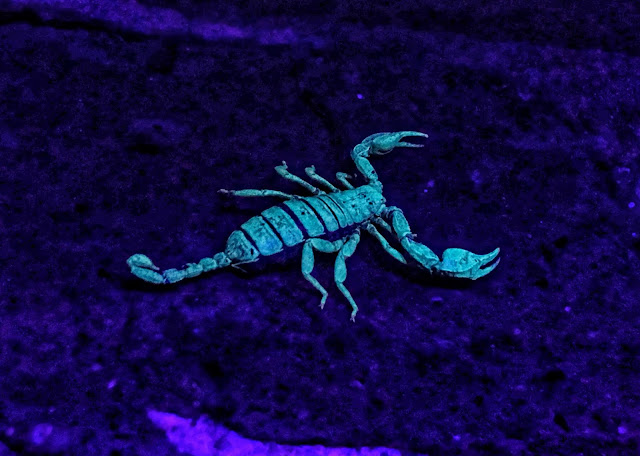 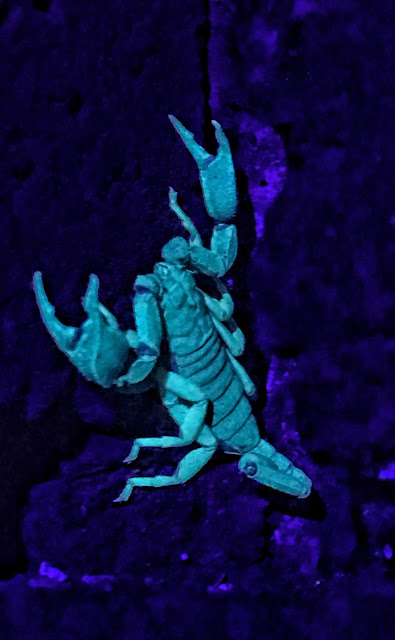 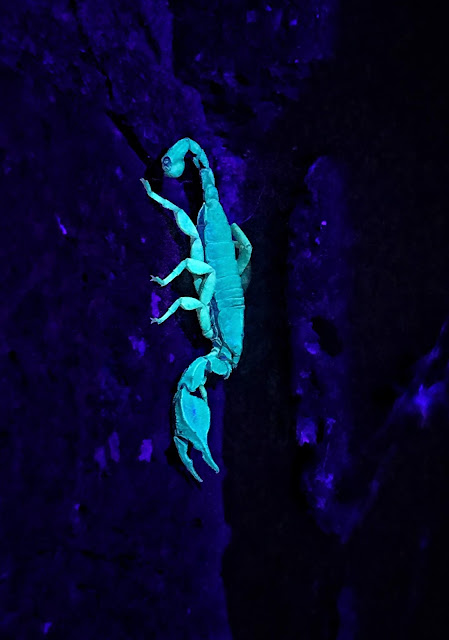 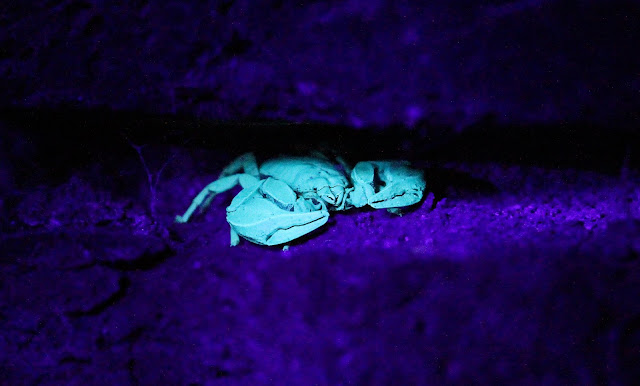 EuropeanYellow-tailed Scorpions
Posted by Chris at 16:31