The Icklingham Roller and a walk along Devil's Dyke, 26 June 2021

The lure of the Roller showing well just outside Icklingham proved too much for me - and as I'd wanted to explore the flowers of the Devil's Dyke at Newmarket it was ideal to tie the two up in one trip.

I'd discovered that Saturday afternoon was 'race day' at Newmarket so it was initially a bit of a dash to get there and out again by lunchtime to beat the crowds and also the likely parking problems! So it was a quick pop in to see the Roller first. It was grey and the bird distant so I didn't linger too long. The plan was to call in again on my way back after going to Newmarket.

Luckily, apart from 2 incidents of  'racehorses crossing' going through the town I managed to park close to the south end of July Course section of Devil's Dyke and was up on the dyke in no time with no bother. It was immediately apparant that there was a big emergence of Marbled Whites and in he time I was there I saw 120+, by far the biggest concentration I've ever had. Other butterflies were Painted Lady, Meadow Brown and Small Heath. It was 2 rare plants I'd really come to see though and I managed to locate 2 small patches of Bastard Toadflax beside a chalky path and Squinancywort was pretty common in the same area. A bonus rare find was Horseshoe Vetch just feet away from the toadflax. Amongst the commoner species I also found plenty of Dropwort plus Goatsbeard, Sanfoin, Kidney Vetch, Spiny Restharrow, Common Restharrow, Salad Burnet, Small Scabious, Wild Thyme, Common Milkwort, Pyramidal Orchids everywhere, c12 Lizard Orchids in prime condition and single Chalk Fragrant Orchid that was well past it's prime. Birdwise there were plenty of Willow Warblers and one I looked at was a very grey and white individual like those that breed up north.

Second dabs at the Roller on the way back was a good call as it was much closer, very active and the sun was out allowing me to get some photographs. Braving the traffic on the A1101 there was not for the faint-hearted!

A quick pop in to Nunn's Bridges in Thetford while passing for the Creeping Marshwort (in full flower) followed before I headed for home. 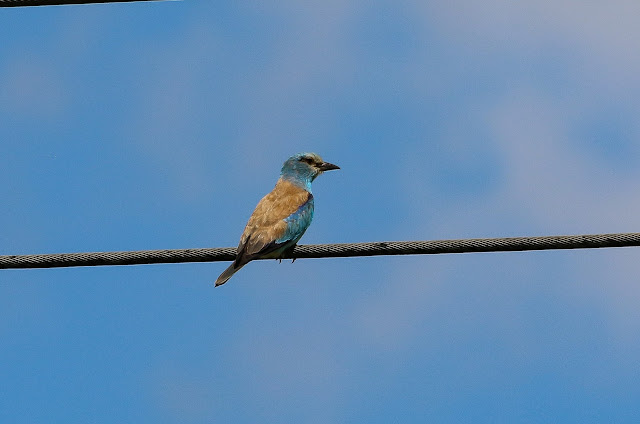 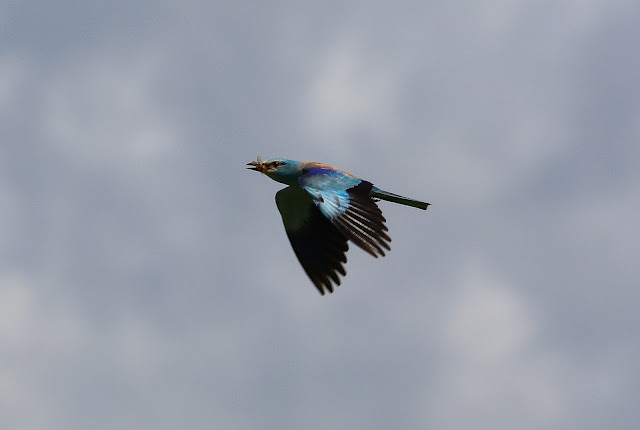 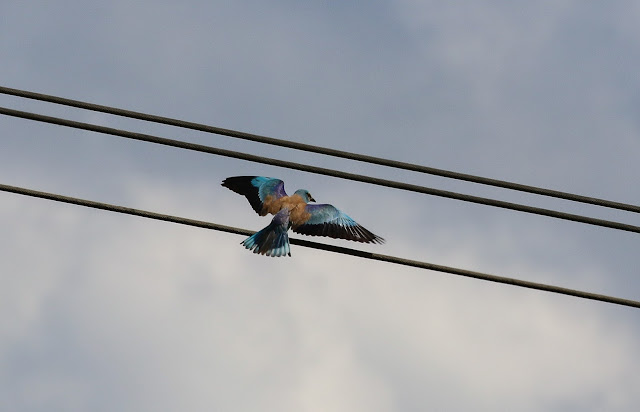 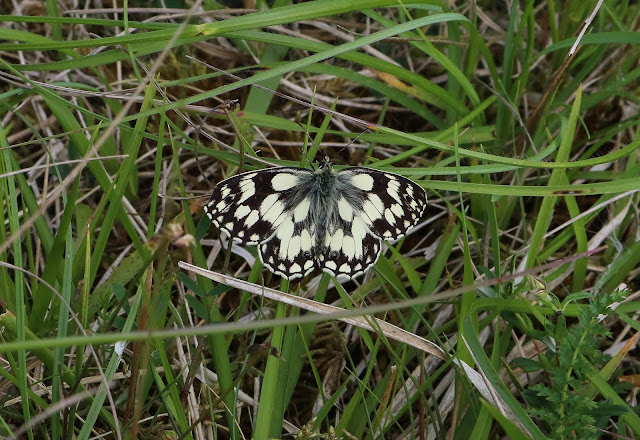 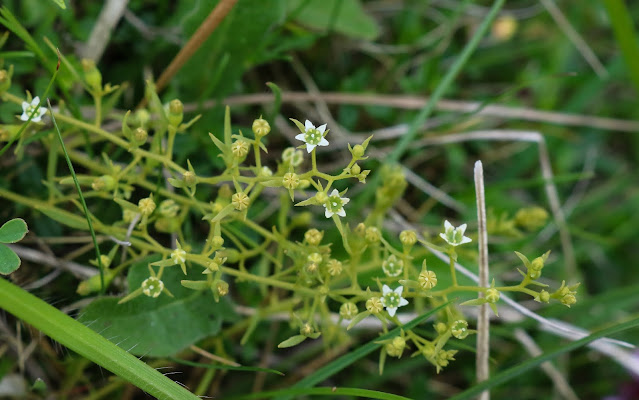 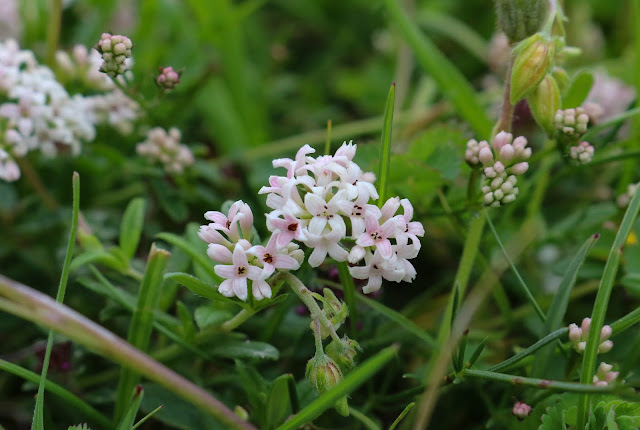 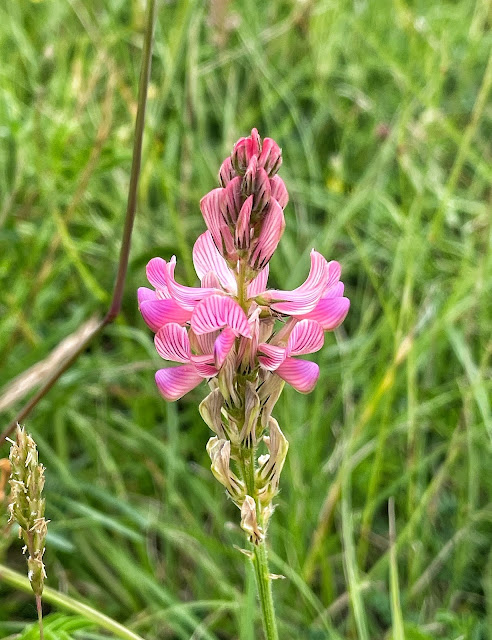 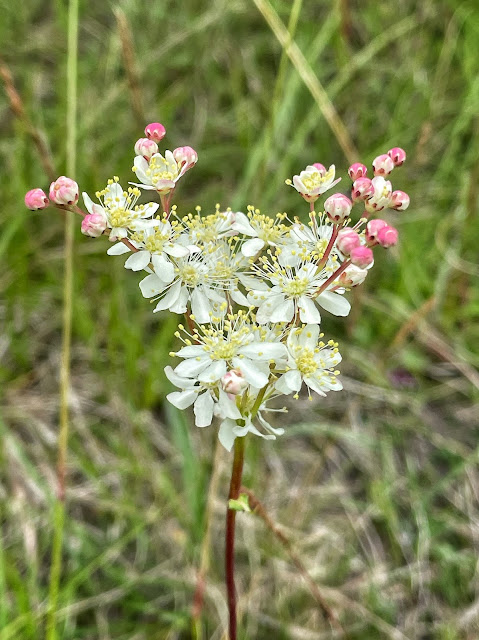 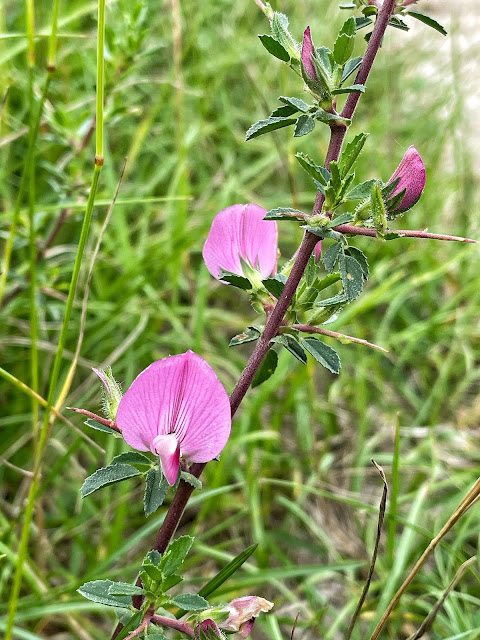 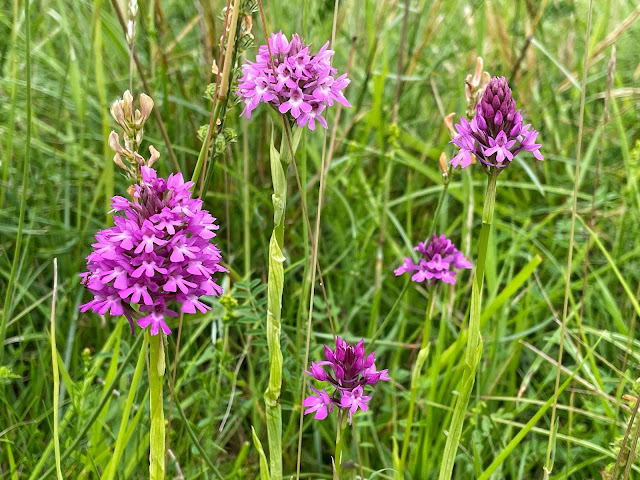 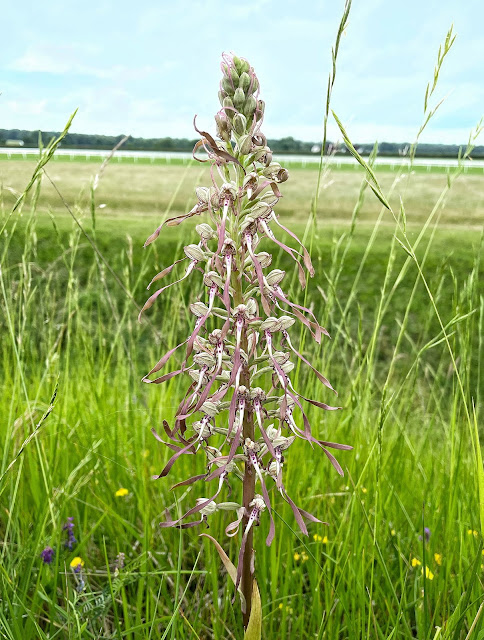 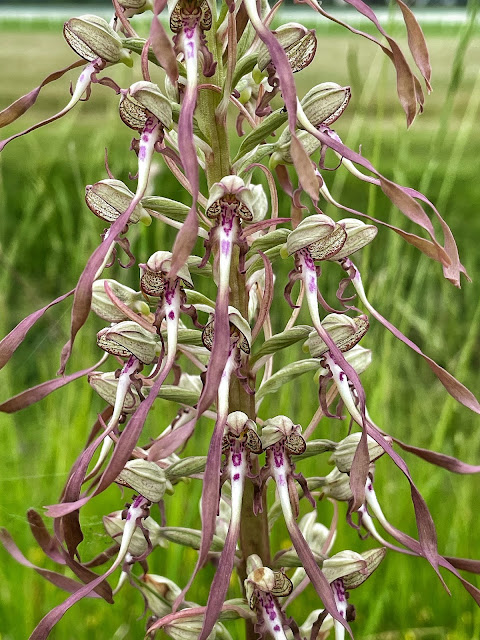 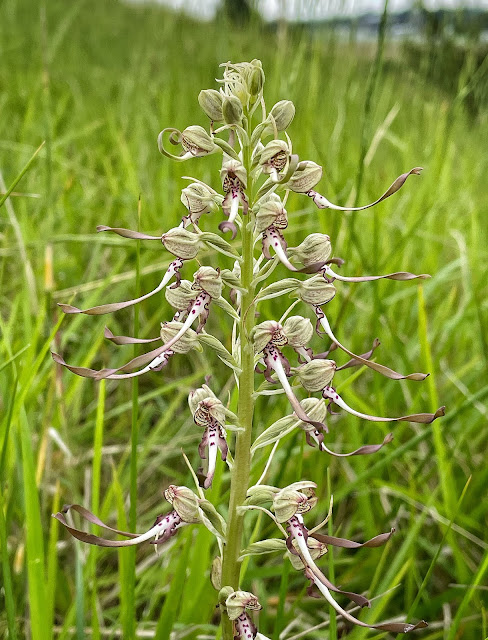 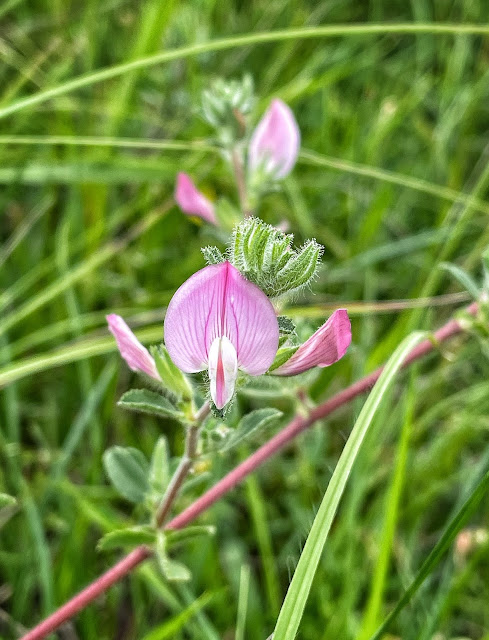 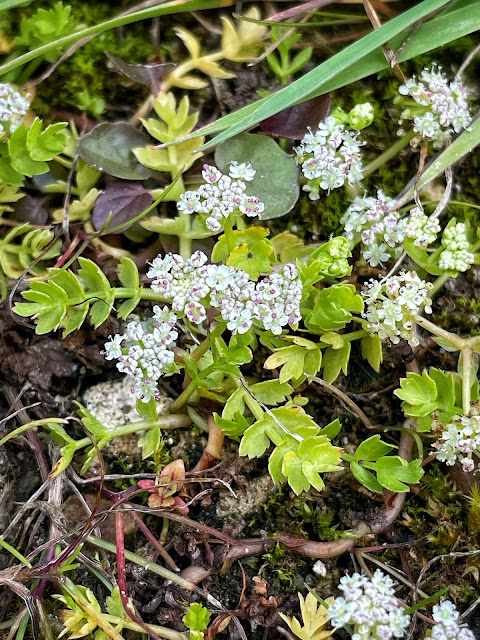