Week 3 began in Co. Sligo with a visit to Mullaghmore on the coast and then inland to Glencar Waterfall and Lough. At the lough a family party of Dippers were along an inlet stream and a Common Sandpiper on the shore. Around the waterfall area I cought up with Irish Whitebeam and the odd naturalised Box-leaved Honeysuckle. After that we made our way to a booked campsite just outside Ballina and enjoyed an evening walk down to the River Moy through the grounds of Beleek Hall. 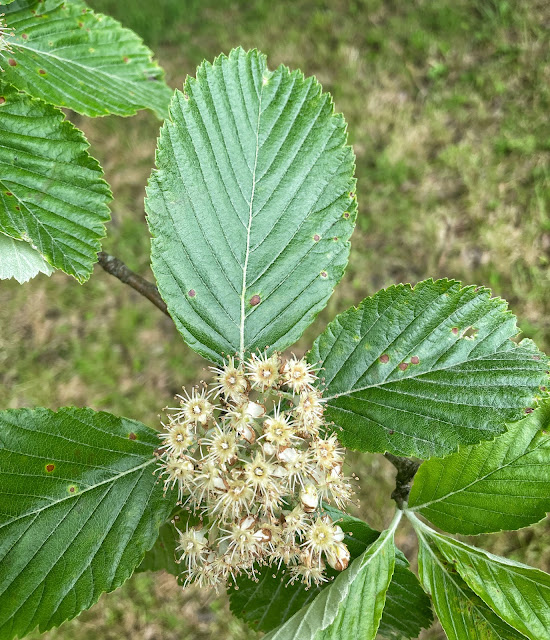 The following morning we debated where to head and decided that a drive around the Mayo coast along the Wild Atlantic Way was in order. The coastal scenery here was superb. At the spectacular Downpatrick Head the seabird colony on the stack and cliffs was greatv to see - as were Wheatear, Sea Milkwort and Common Scurvygrass. On a recommendation from a lady at a coffee stop we kept moving west and to the beautiful remote coastal spot of Barr na Binne Bui. Here, on the machair I found a flock of 10 Whimbrel, 2 Wheatears and then a pair of Chough that showed nicely on the short turf. If it hadn't been the middle of the day we would have wild camped there for the night! Dragging ourselves away we continued out anti-clockwise direction around the coast. Passing through the Ballincroy NP I spotted orchids growing on the verges and stopping to investigate they were what I'd hoped - my first Irish Marsh Orchids and a milestone - my very last British and Irish orchid species! Continuing on we checked out a possible overnight spot at Mulranny (which became a definite!) before a drive out onto Achill Island where we saw loads more Irish Marsh Orchids and masses of huge Giant Rhubarb. An evening stroll at Mulranny revealed 2 Wheatears and 2 Ringed Plovers.

Next morning I had a further scan about and found a Great Northern Diver in the bay plus Stonechat and 4 Ringed Plovers before we had breakfast and moved on with a day with plenty of driving. A change of plan had us detouring through the Galway traffic to Spiddal on what turned out to be a wild goose chase! I'd been told there were 'cruenta' Early Marsh Orchid growing there but they turned out to be Irish Marsh Orchids, Pugsley's Marsh Orchids and at least one hybrid. All a bit of a waste of time but at least we got back on track and to our wild camp by Lough Muckanagh on the edge of the Burren. An early evening walk there gave me loads of Early Purple Orchids, Black Sedge, Little Green Sedge, Marsh Bedstraw, Burnet Rose and White Stonewort plus Sedge Warbler, Willow Warblers, Cuckoo and 2 Little Grebes.

24 May was a day I'd been looking forward to for ages - a full day on the Burren and some serious botany. I concentrated my first efforts in the Lough Gaelan area in classic habitat. Armed with some notes from Jon Dunn from years ago I found my no.1 target within a few minutes - the distinctive cruenta ssp of Early Marsh Orchid - I must admit to punching the air! I went on to find c15 plants in 2 different areas, some in full flower despite having been told I was too early for them! In the same area were c8 Pugsley's Marsh Orchids, 1000s of Early Purple Orchids, Shrubby Cinquefoil, Hoary Rock Rose, Limestone Bedstraw, Spotted Hawkweed, Bloody Cranesbill and Mountain Everlasting. Moving to another spot a mile or two away gave me the first of many Mountain Avens, the last of the years Spring Gentians, 3 Common Twayblade, Wall Rue and a real Burren speciality Pyramidal Bugle. And a walk up the lane to 'The Parochial House' of Father Ted fame as well! Later, in another area looking in vain for Thyme Broomrape (too early) I did find another limestone pavement special - Maidenhair Fern and Spring Sandwort. We also visited the Poulnabrone Dolmen A night in Corofin involved a walk down to the nearby Inchiquin Lough where I found some 'pulchella' Early Marsh Orchids then couple of bars in the town to celebrate.


The next day involved more celebrations as it was my birthday. Heading south into Kerry for a night in the famous bars of Dingle! En-route we stopped for a windy/sandy walk along Inch Beach on the Dingle Peninsular but the walk back through the dunes was much more interesting. The strange sight of a huge naturalised New Zealand Flax at least a mile from any habitation plus Sand Pansy, Irish Marsh Orchids, Portland Spurge and some white Common Vetch. When we reached Dingle a walk around the harbour gave me 2 Black Guillemots, Little Egret and 4 Gannets. It was time to hit those bars...! 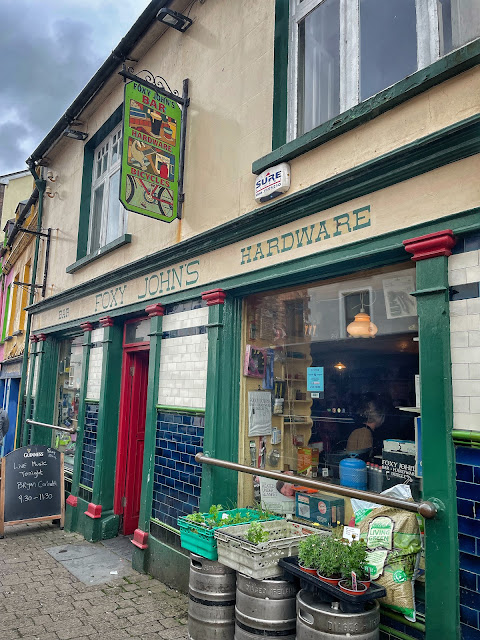 Feeling a little jaded the next morning we headed to the much photographed Dunquin Harbour where the highlights were more Irish Marsh Orchids and some nice Heath Spotted Orchids. The Gap of Dunloe in the Killarney NP was our afternoon destination for a walk and it was really rather good. A much-wanted plant was Greater Butterwort and I found plenty here plus St Patrick's Cabbage and both Pond Water Crowfoot and Round-leaved Water Crowfoot. Plus of course some spectacular scenery.


27 May and a long days walking in the famous Killarney NP. The park is the epitome of what the Victorians would have called 'the picturesque' and also had some good things to look at at ground level with Royal Fern, Irish Spurge, Kidney Saxifrage, Lesser Spearwort, Common Cow Wheat, Common Spotted Orchid, Irish Marsh Orchid and Wall Cotoneaster seen plus the bigger and Irish Whitebeam and a real local speciality Strawberry Tree. Other than plants one Green Hairstreak was the only other highlight. 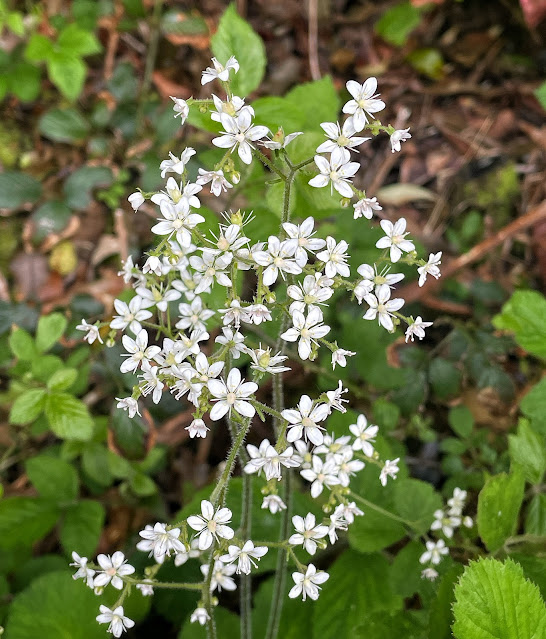 After a lovely night in the village of Sneem with it's bars anda relaxing sensory garden the following day was spent around the Ring of Kerry including a search for a very rare and special plant. We visited Abbey Island near Derrynane more in hope than expectation but after some searching I was lucky enough to bump into a local naturalist who knew exactly where to look and within minutes I was feasting my eyes upon Kerry Lily! Only 2 plants were found but it is early in their season and when not in flower the leaves look very grass-like. Heath Spotted Orchid, Irish Marsh Orchid, Lousewort and a Spotted Flycatcher were also seen. Next stop was the village and beach of Ballinskelligs where we walked out to the castle and the ruined abbey. Here there were some different coastal plants including Sea Spleenwort, Sea Rocket, Frosted Orache, Sea Campion, Sea Beet, Bladder Campion and the Eyebright E.arctica. A Wall Brown posed nicely and several Common Blue and 2 Small Heath were on the wing. We wild camped a couple of miles out of the village by the sea with 2 Chough and 2 Sandwich Terns seen from the van. The following morning I sussed out the Chough were nesting in an abandoned factory just along the coast.