A bit of monkey business from Costa Rica!

With all the excellent birding and my completed birding trip report (within these pages) I'd almost forgotten the non-birding highlights. We saw a few mammals, reptiles, amphibians and insects so to start things off here are a few mammals. One of the most common mammals was White-nosed Coati which have become tame around many of the tourist spots. The Tayra was probably the most interesting sighting and the only one of the trip which quickly ran across the garden at Arenal Observatory Lodge. 2 different colour morphs of Variegated Squirrel were seen, an all dark one and the rather more attractive one shown below. Although you hear them all the time (they sound horrendous!) trying to get a photo of the Mantled Howler Monkeys or indeed the Geoffroy's Spider Monkeys at Santa Elena wasn't easy! Easier were the White-faced Cappuchins at Curu NP. Collared Peccaries were very common at La Selva Biological Station but we saw none anywhere else. In contrast we saw several widely scattered Central American Agouti but they were generally shy and difficut to get a good view of. One of the most enjoyable mammal encounters was with a Hoffmann's Two-toed Sloth with it's baby in a roadside tree in the middle of Santa Elena village. She became quite a star attraction! Despite their diminutive size though my favourite mammal of the trip were the Northern Ghost Bats we saw at Carara NP - simply  bizzare but gorgeous pure white bats!
Also seen but not photographed were Red-tailed Squirrel and White-tailed Deer 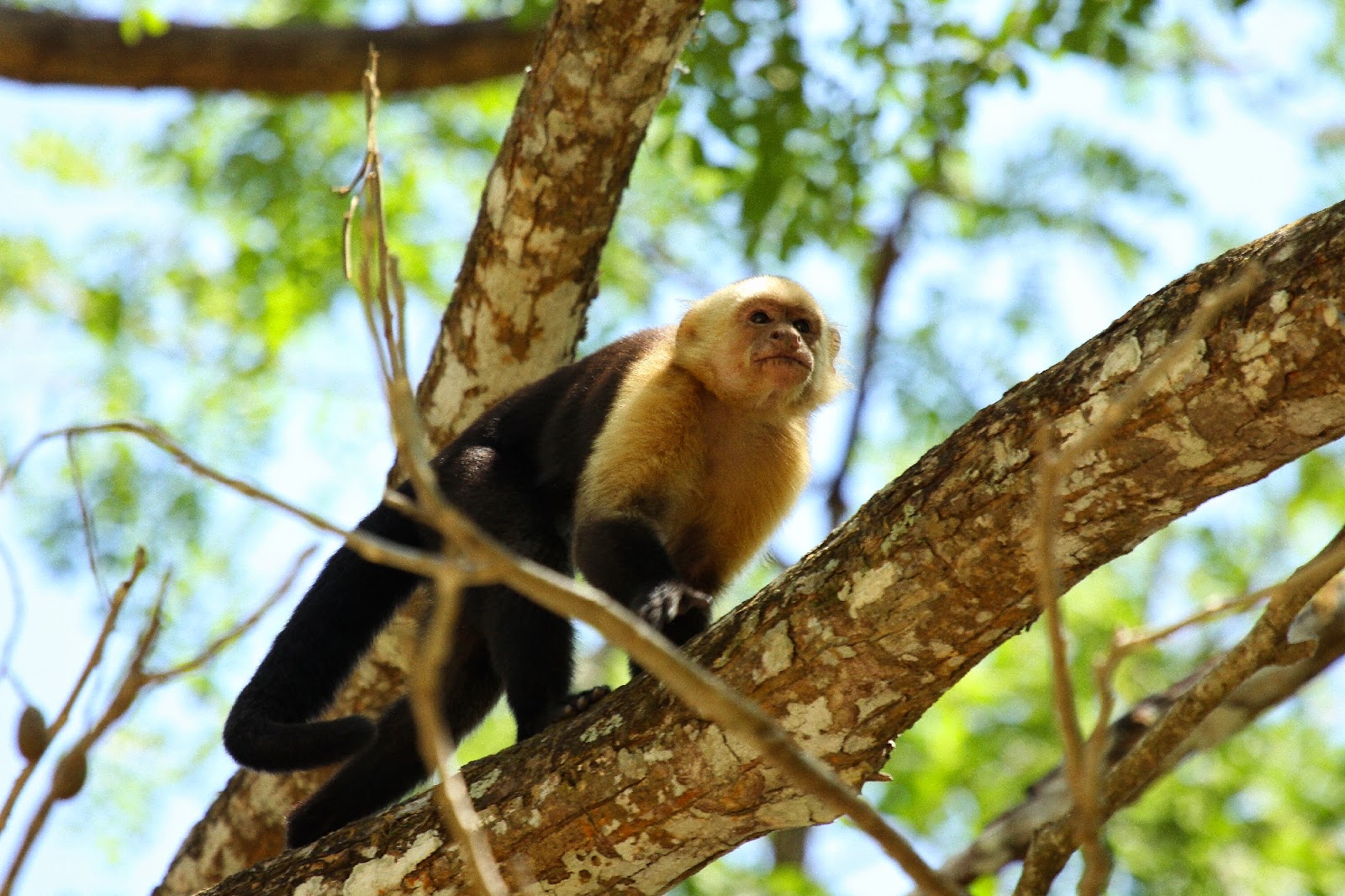 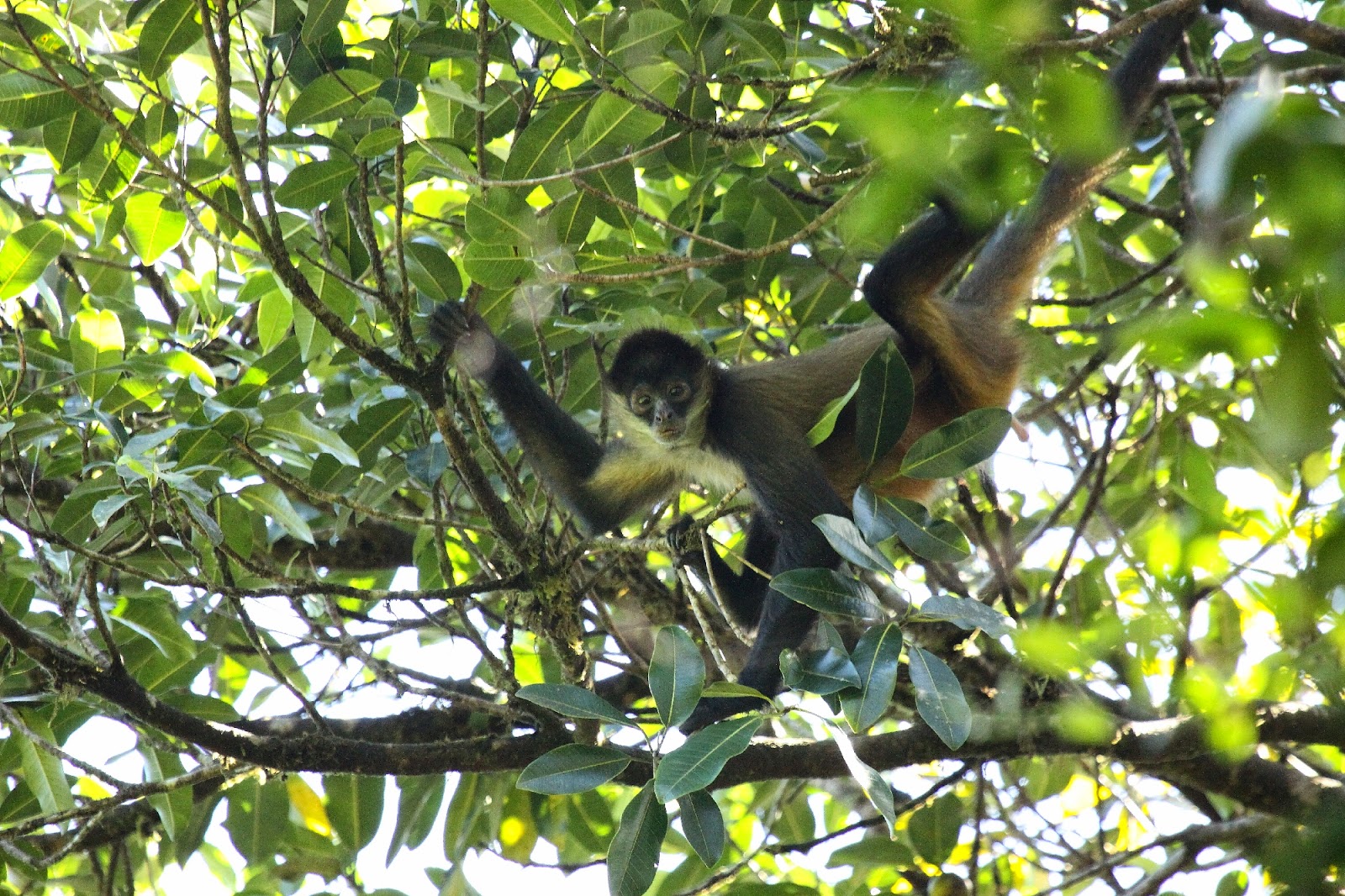 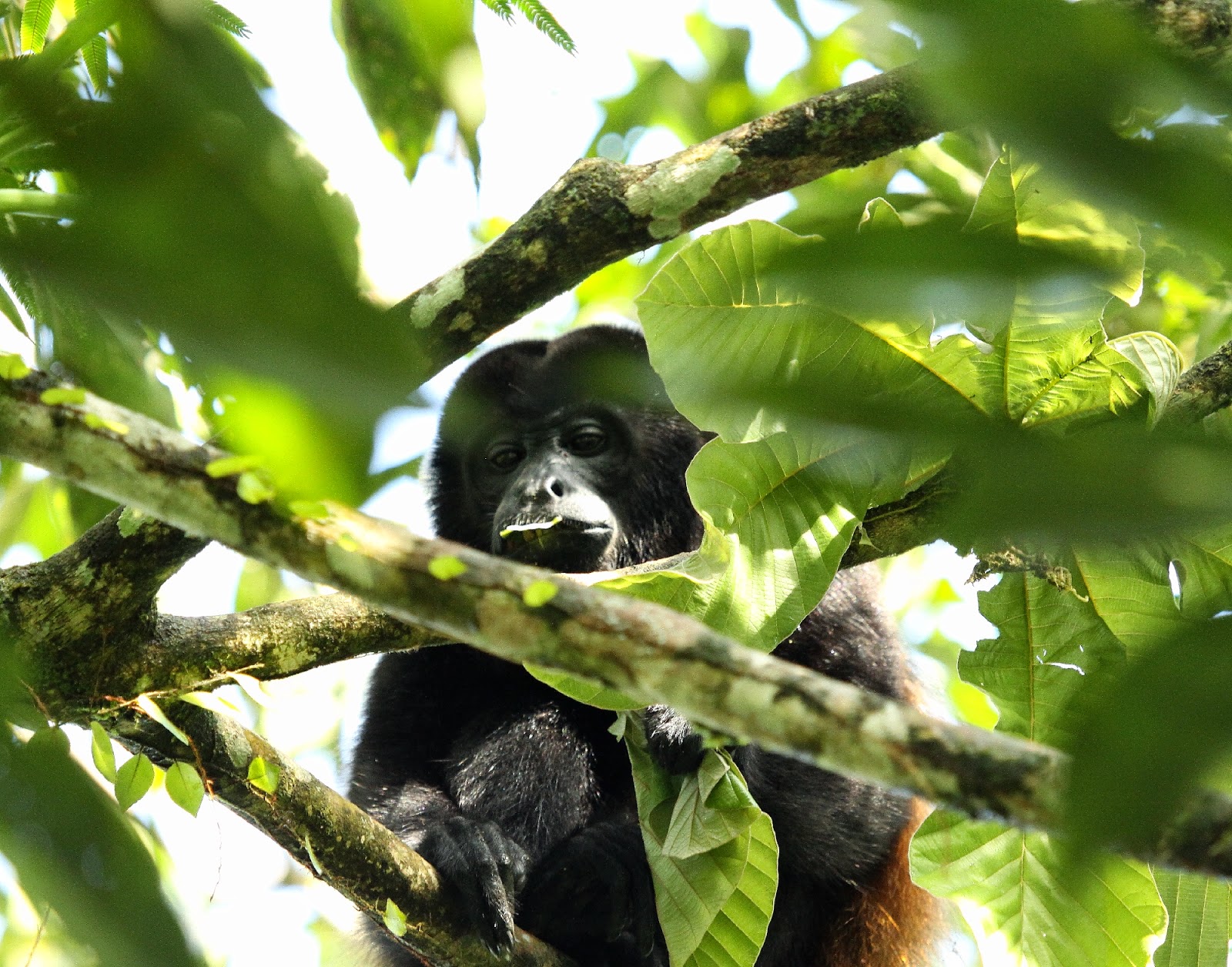 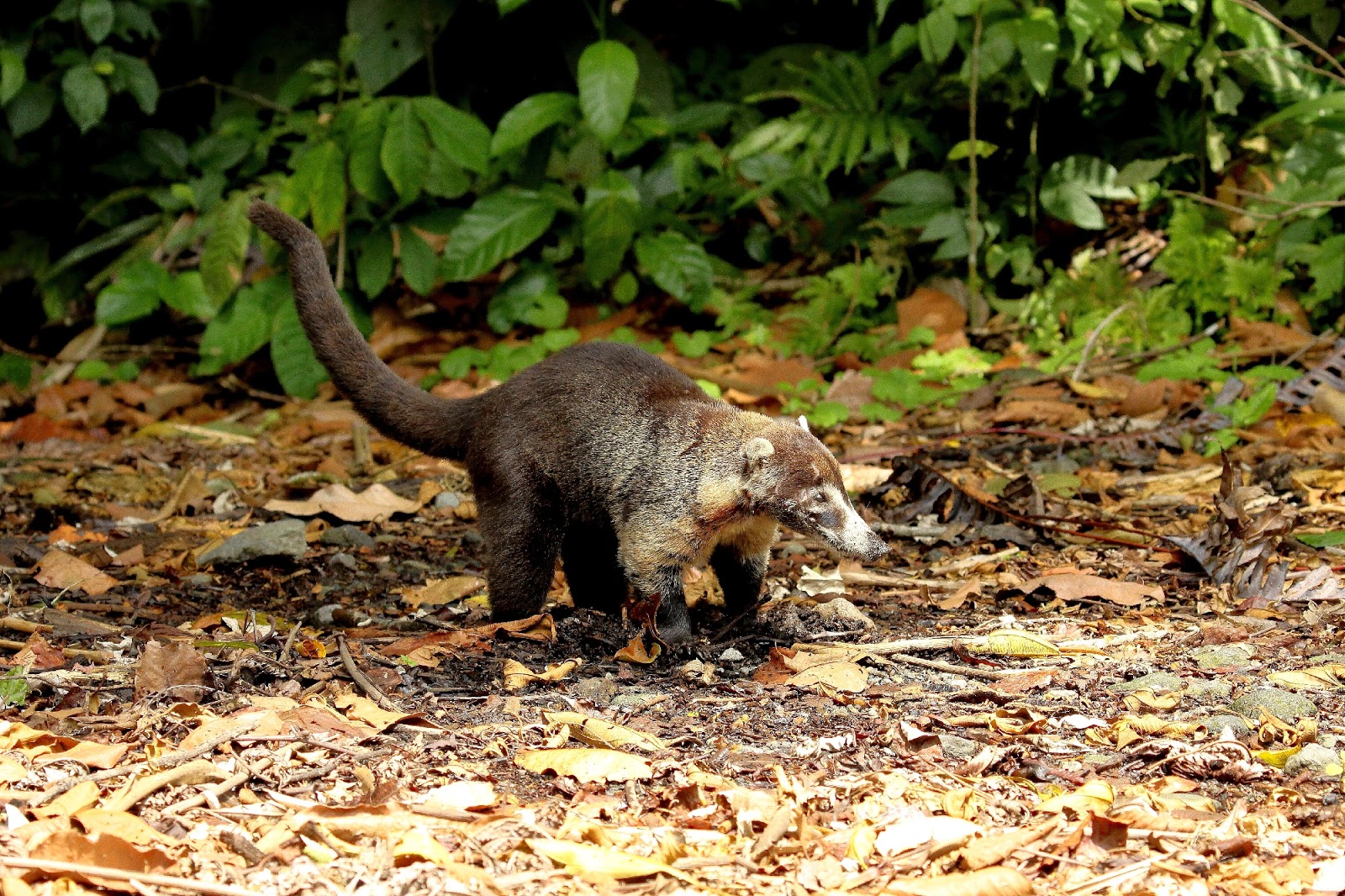 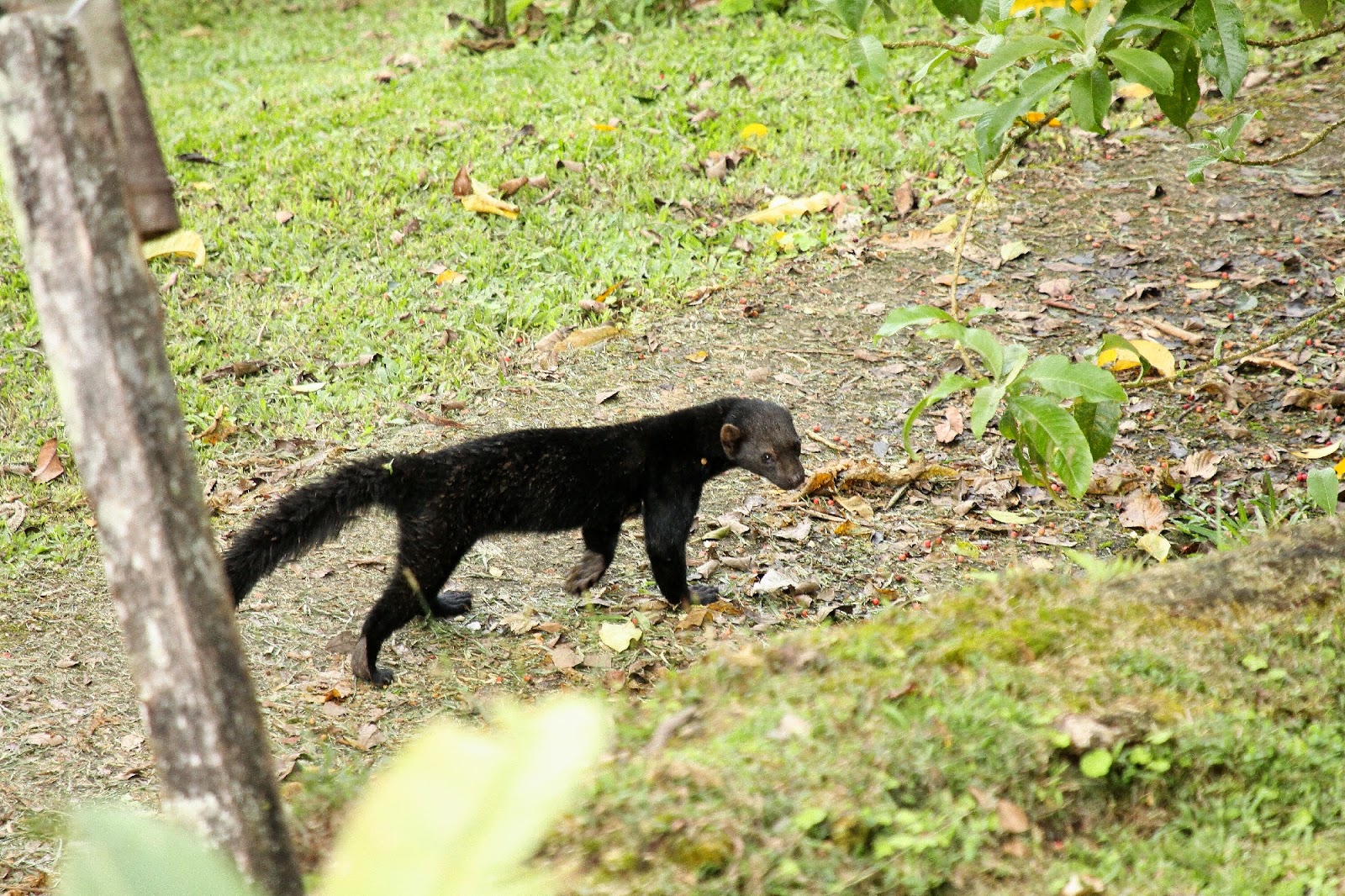 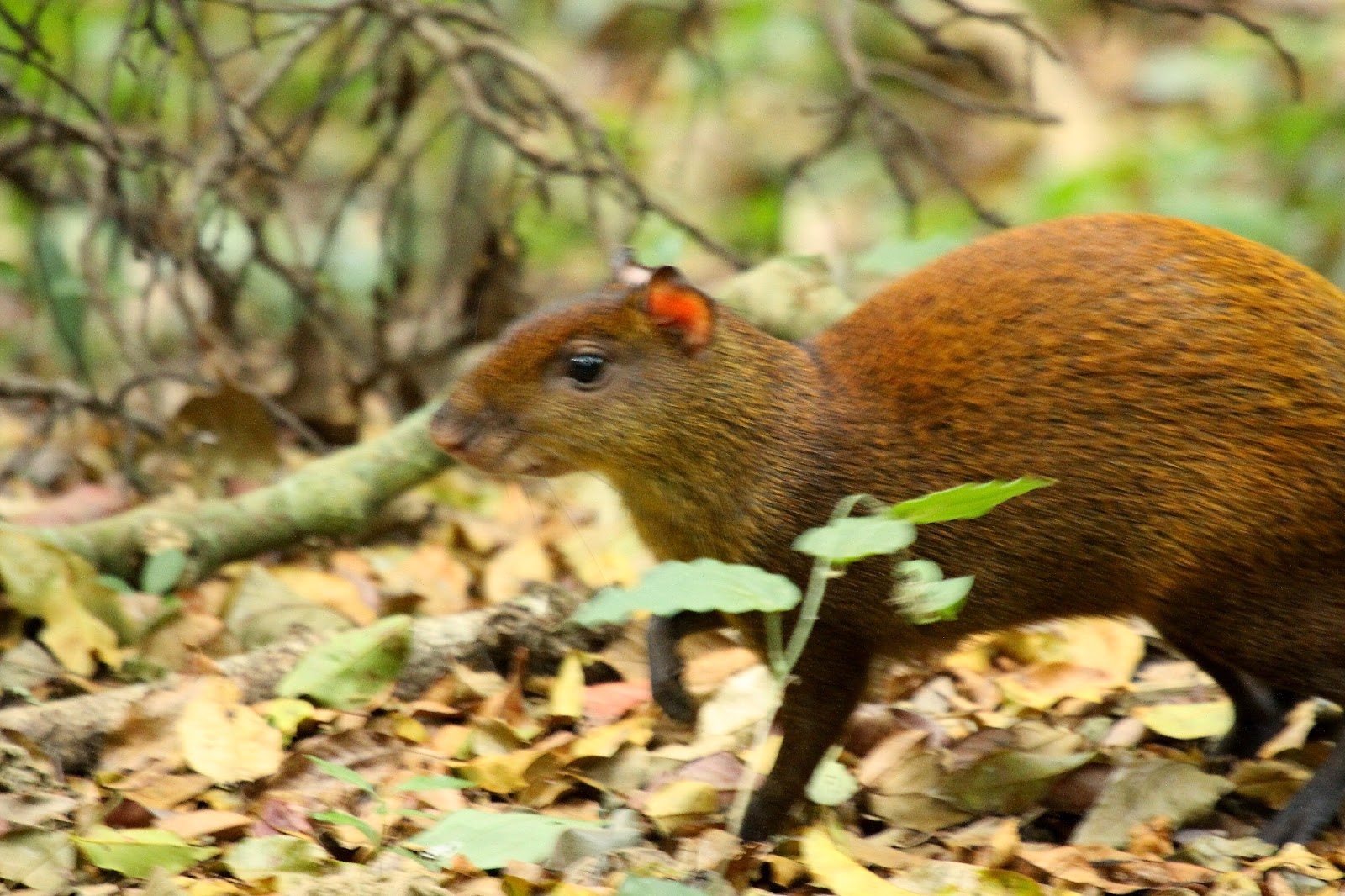 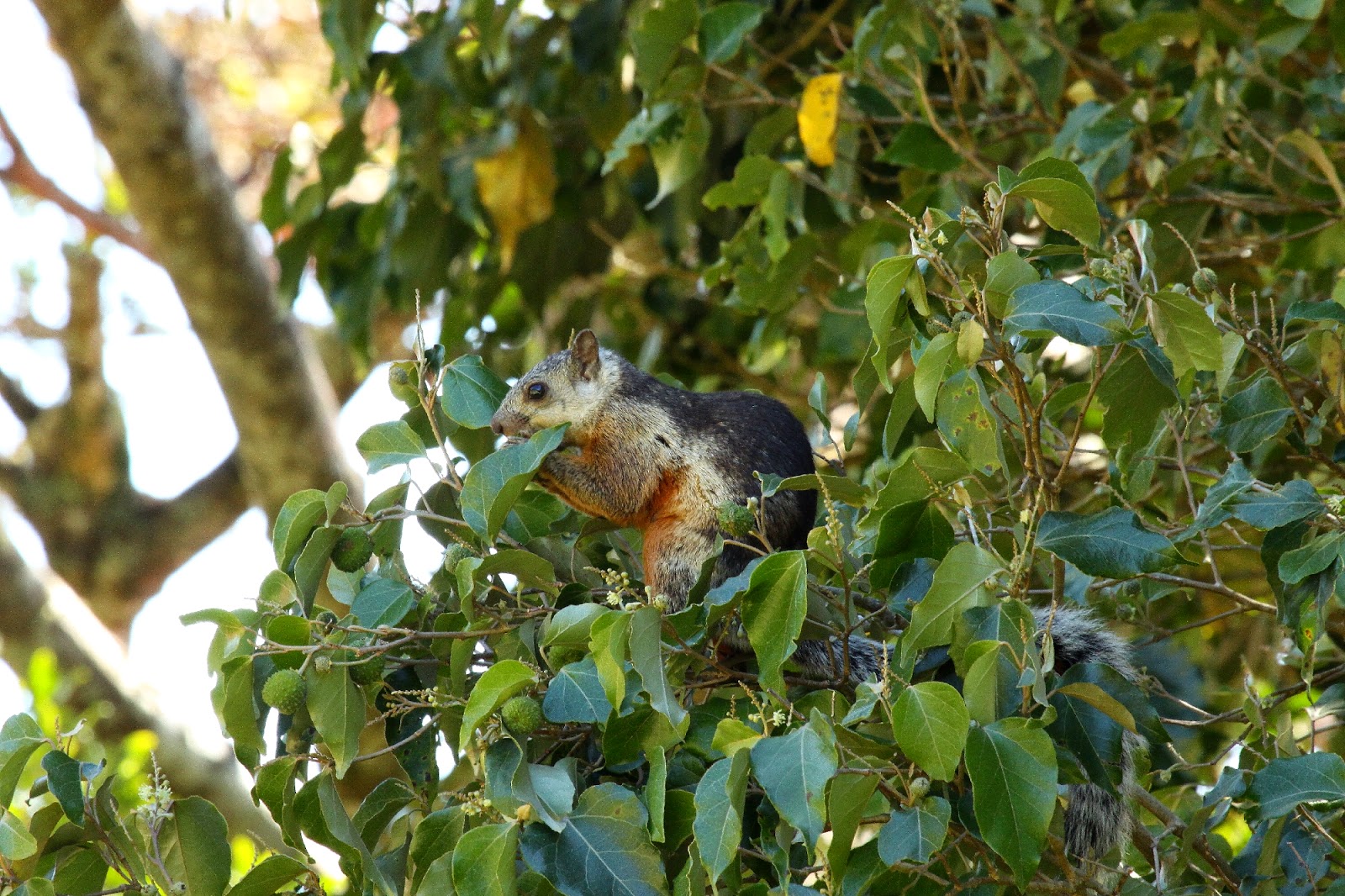 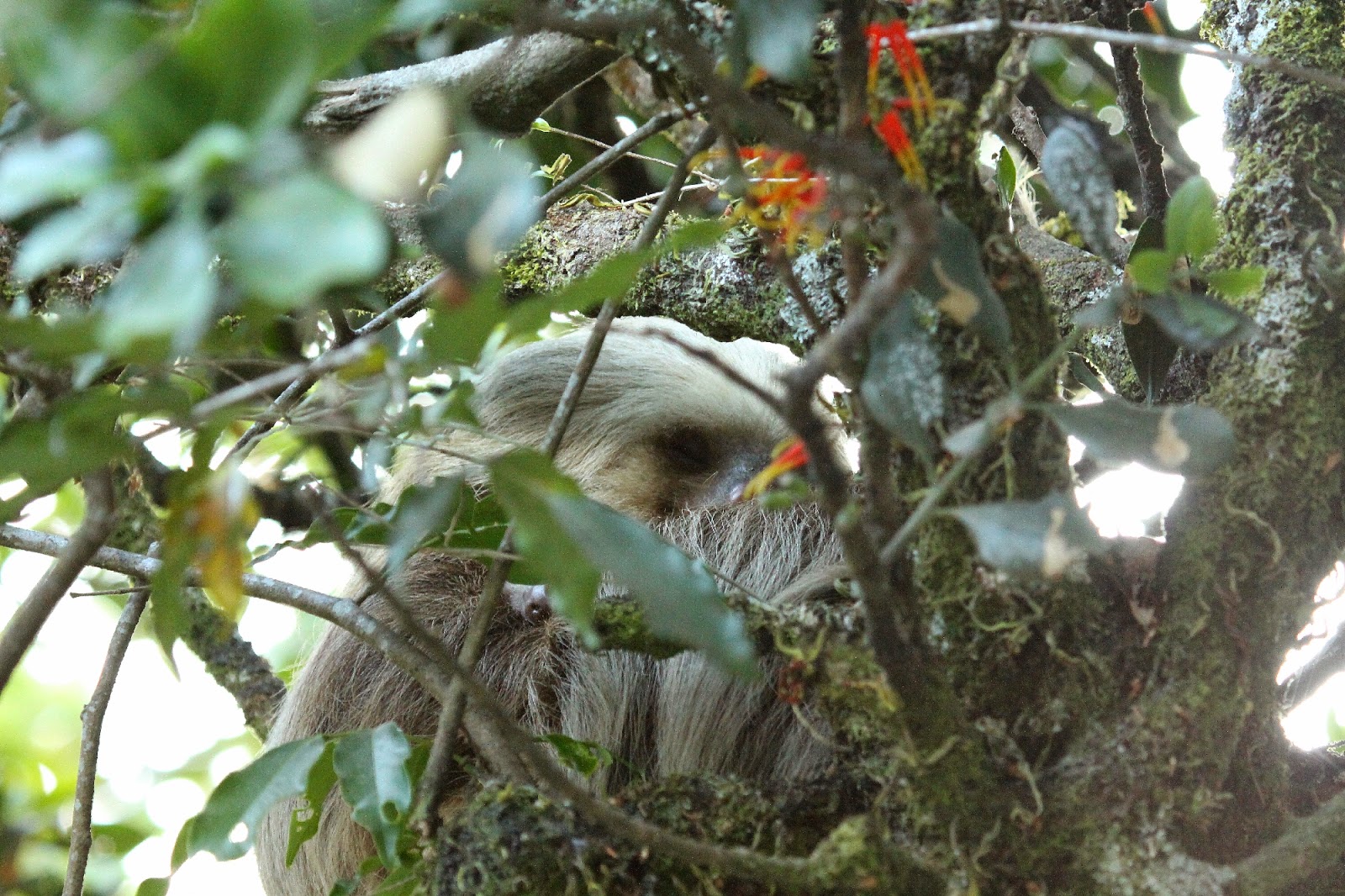 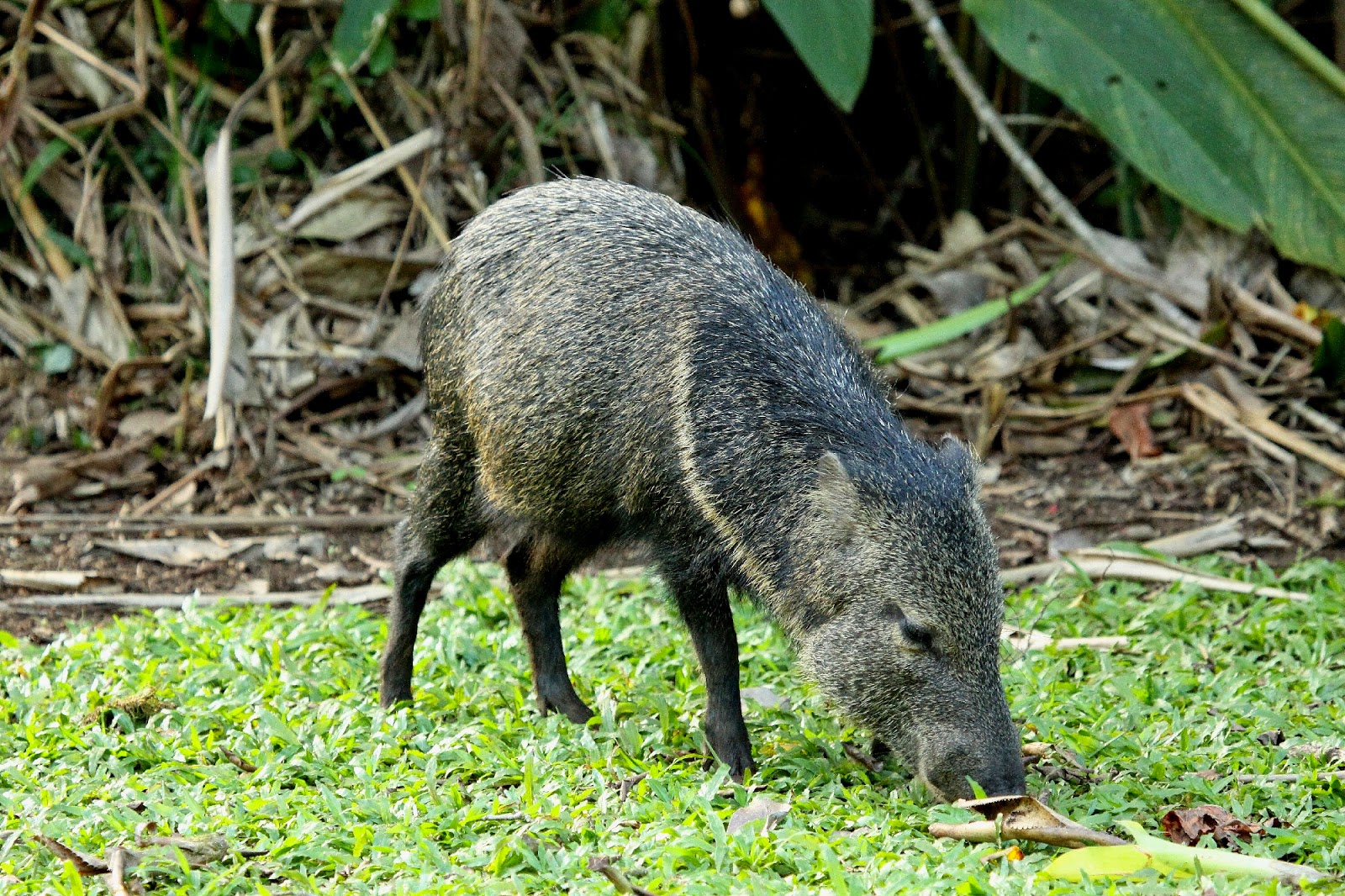 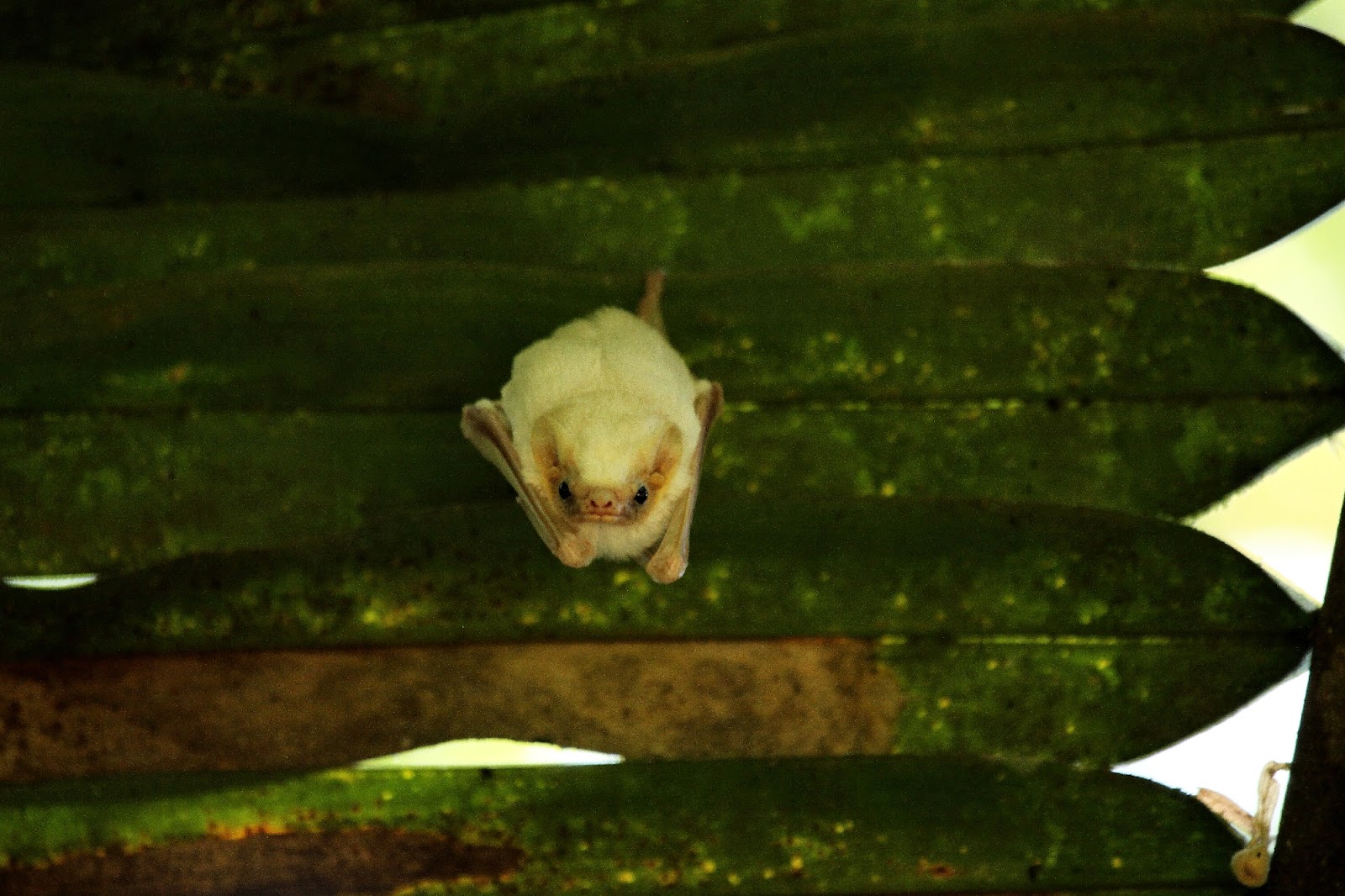