After a failed attempt at a White Stork just off the A47 near Halvergate (it just wasn't there any more!) which revealed just Lesser Whitethroat, Sedge Warbler, Stock Dove and Marsh Harrier we carried on to Kessingland.

Taking it rather casually by having lunch in a cafe before walking south to the sluice didn't matter as the Hoopoe was present on arrival and showing, albeit a little too distantly for any good photos. A Turtle Dove flew in and perched briefly before disappearing and a couple of Common Whitethroats were singing like mad and 2 Small Coppers were the first ones of the year for me. Swallows were also very much in evidence moving along the coast.

On the way home we stopped at my orchid site where the sight of 100s of Green-winged Orchids carpetting the meadow is always impressive. Most of the plants were the standard purple colour but we found 3 other plants of various shades from pale pink to white and one curious specimen with purple and white stripes!

April has been a bitty sort of a month for me but the following have been the highlights: 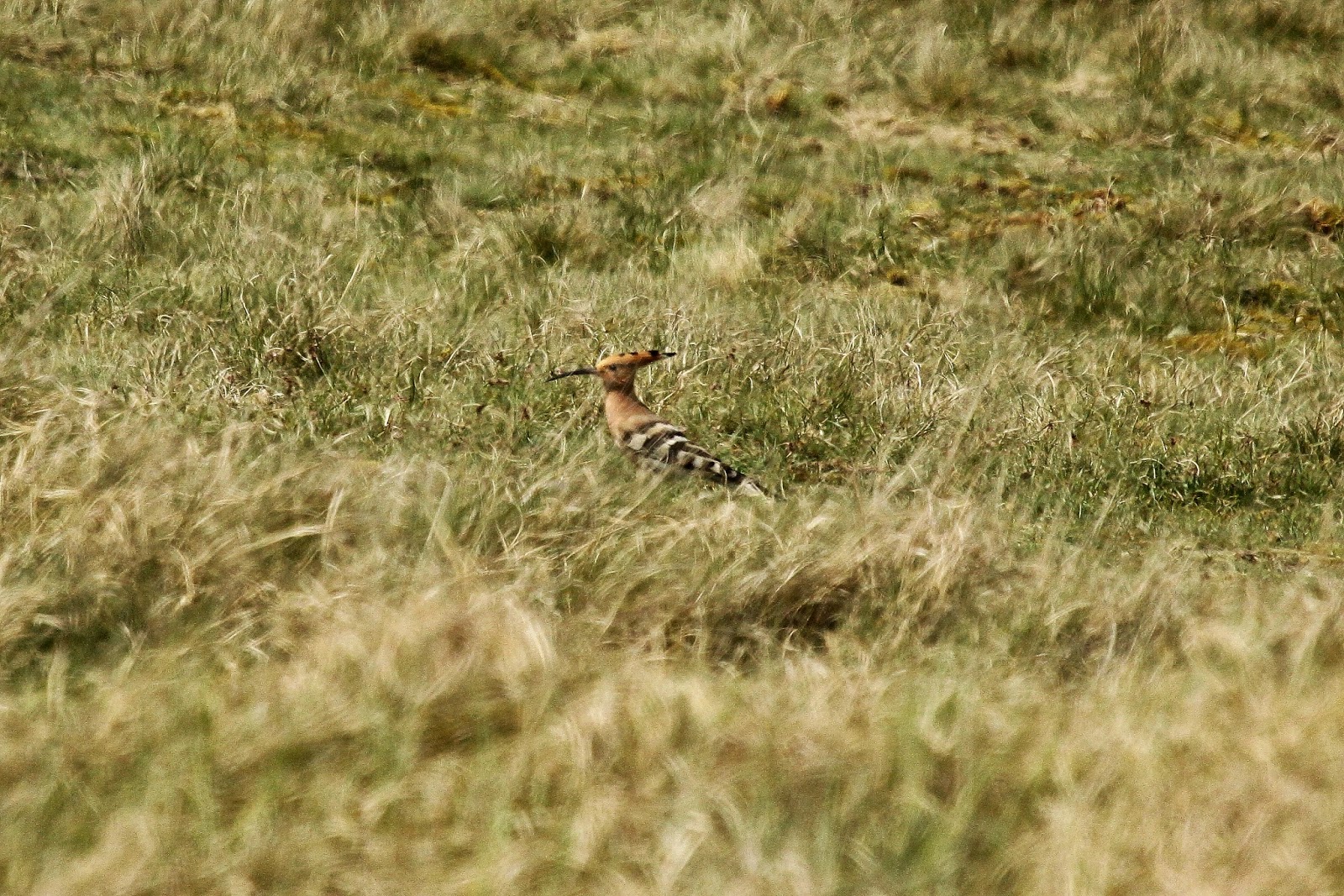 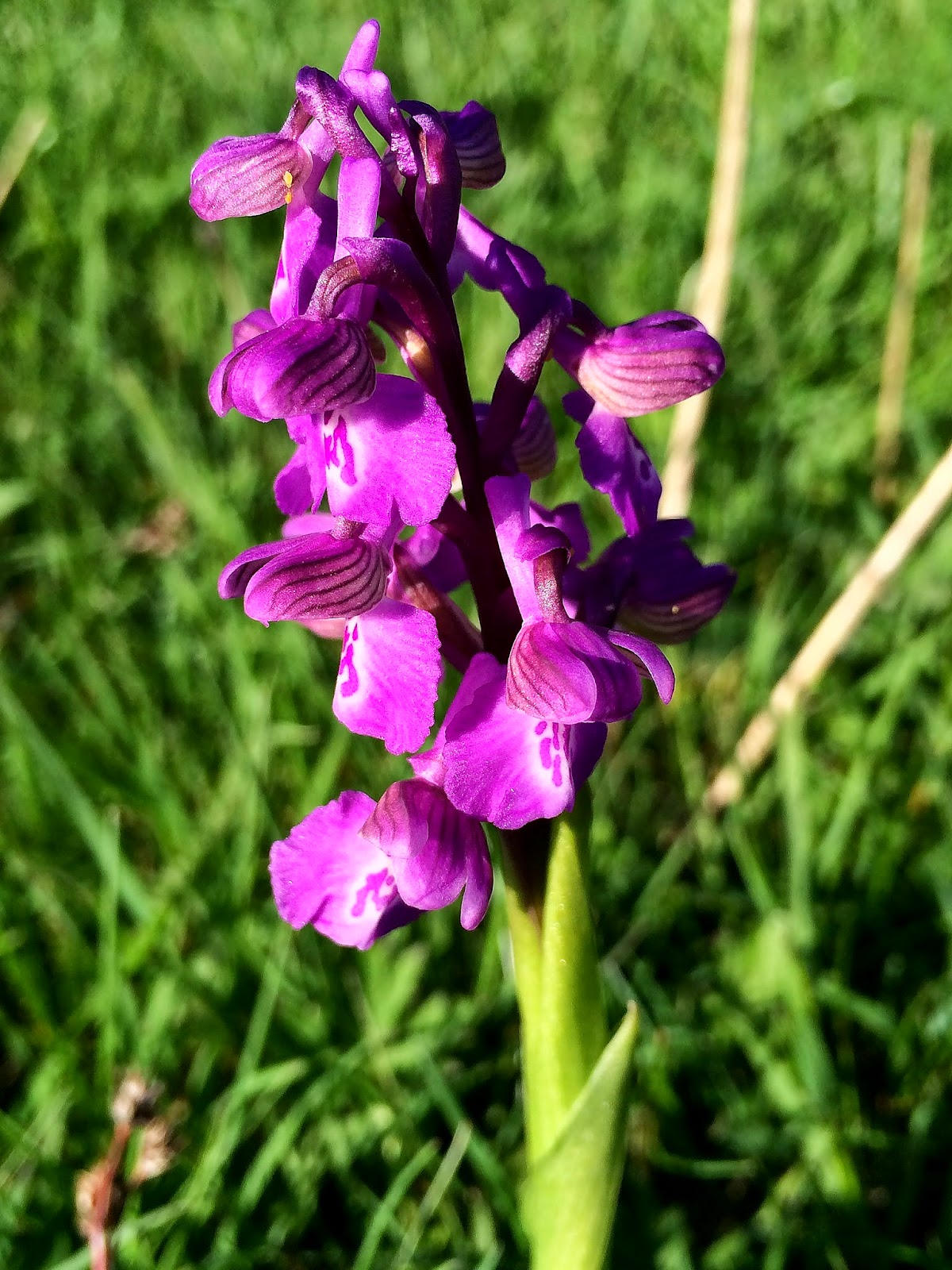 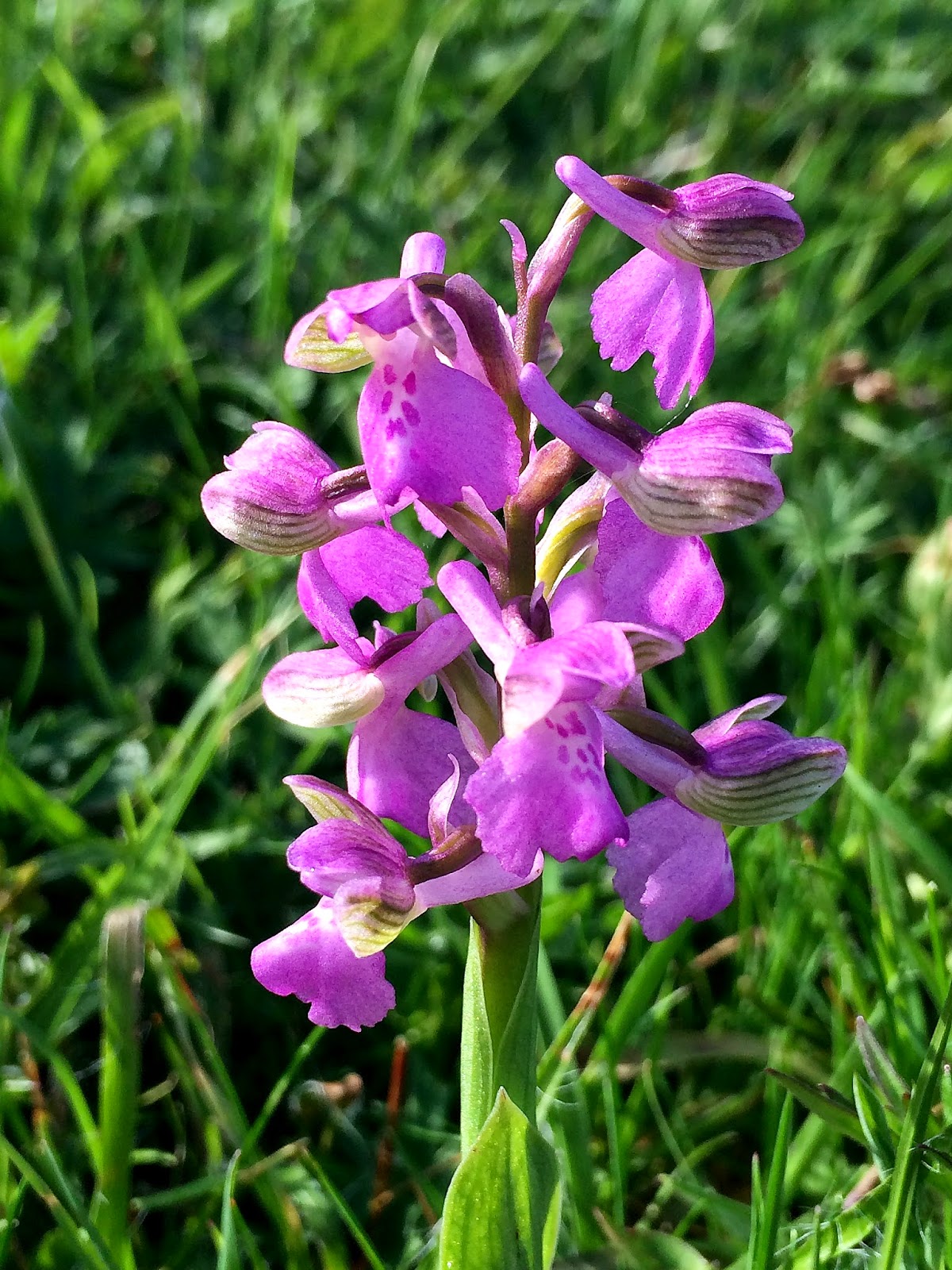 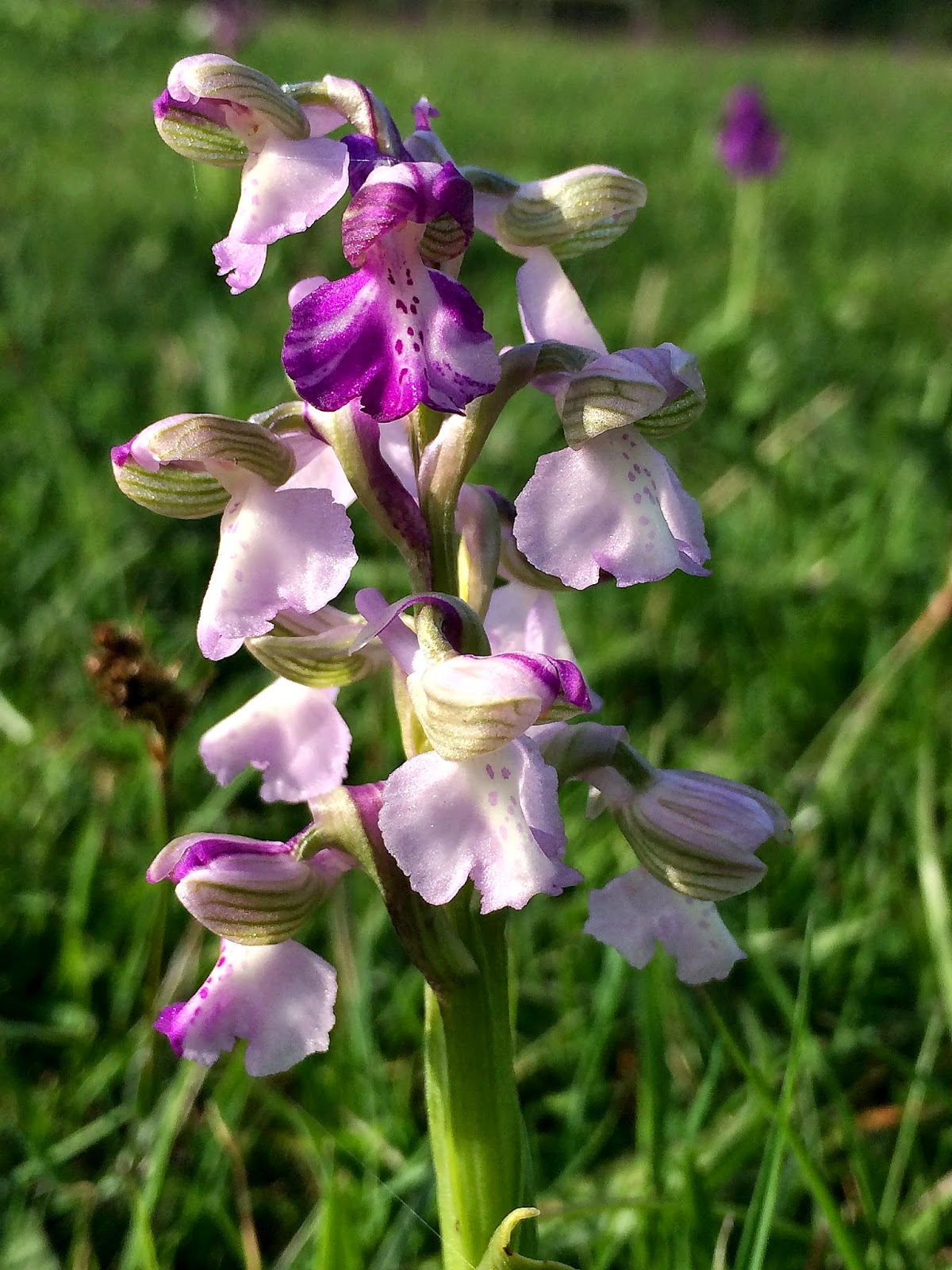 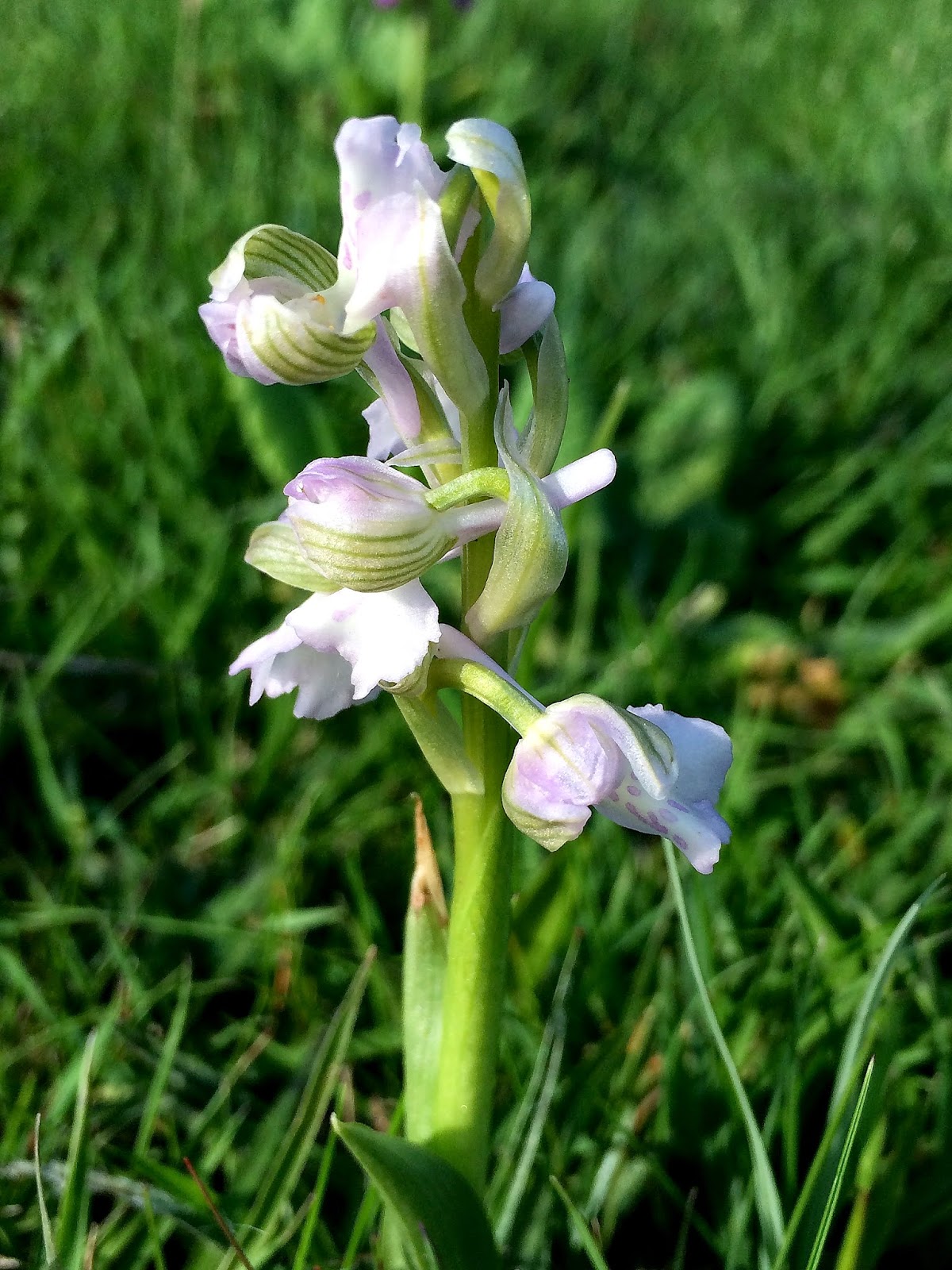