Confusing Dacts and Military Manoeuvres, 29 May 2018

A lovely evening out orchiding after work. I visited Theltenham Fen, a site I know well on the Norfolk/Suffolk border. The show of orchids here at the moment is spectacular with the mosy numerous being 'incarnata' Early Marsh Orchids. Amongst them a few Southern Marsh Orchids are to be found, just a single Common Spotted coming out and then hybrids! Oh my word there are a bewildering array. Some who's parentage is reasonably clear but others not so. Southern Marsh x Common Spotted and Early Marsh x Southern Marsh were picked out but who knows what else lurks there. A single specimen of what would once have been called Pugsley's or Narrow-leaved Marsh Orchid was also found. A Cuckoo was giving it some at the back of the fen. 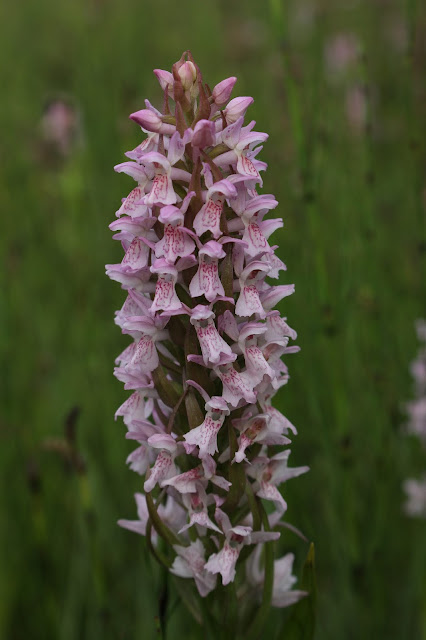 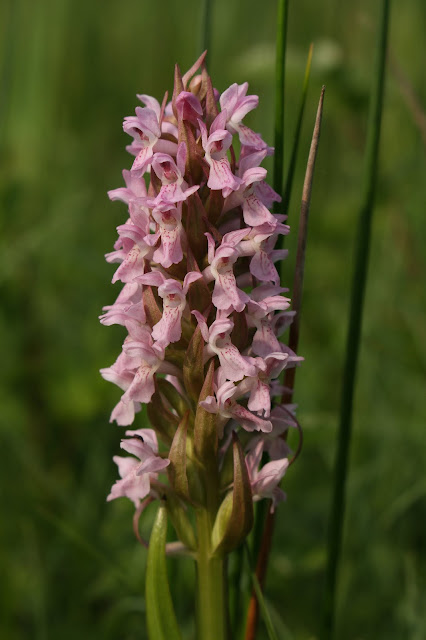 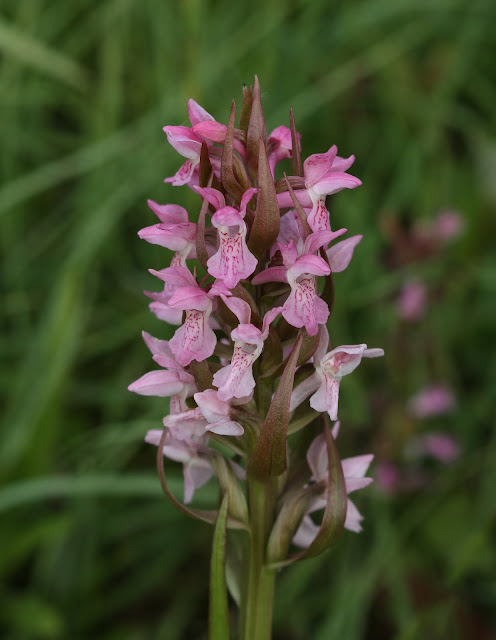 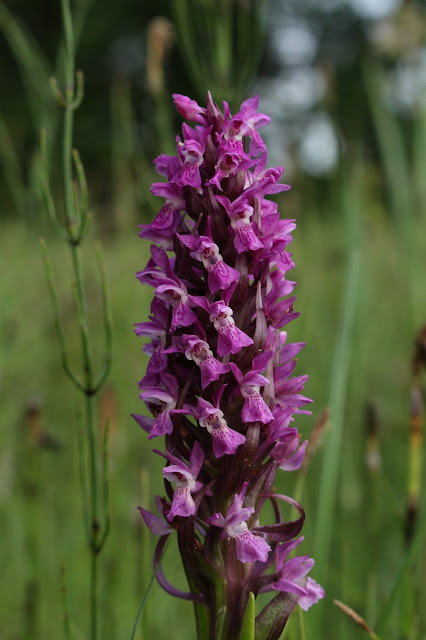 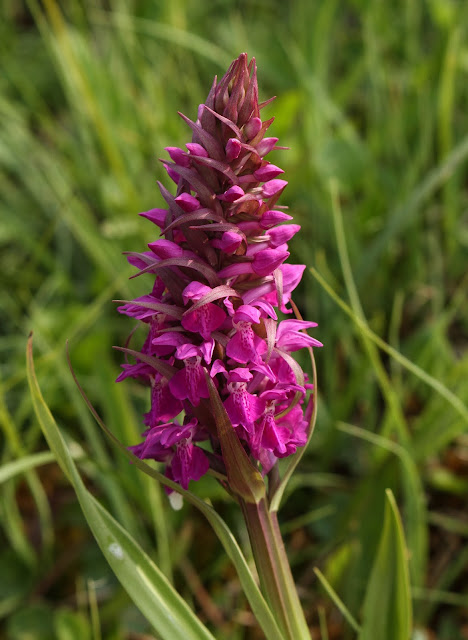 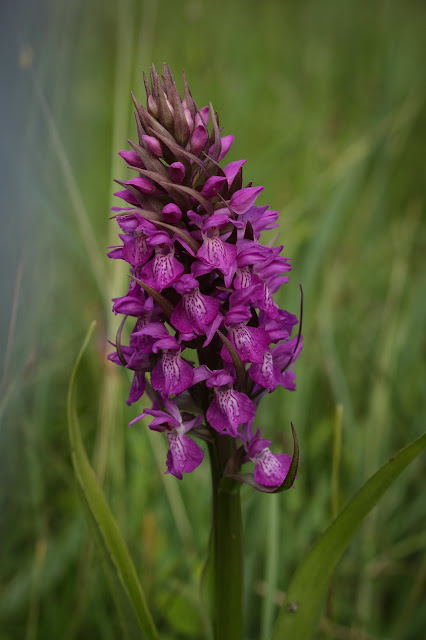 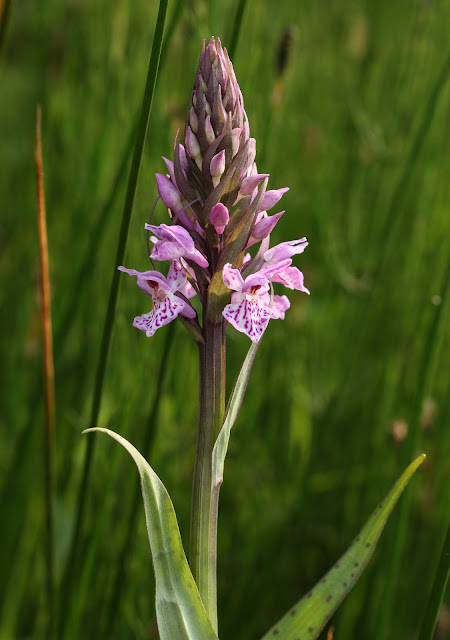 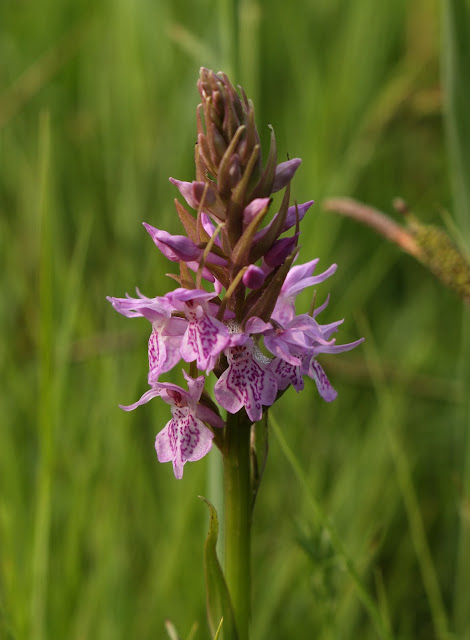 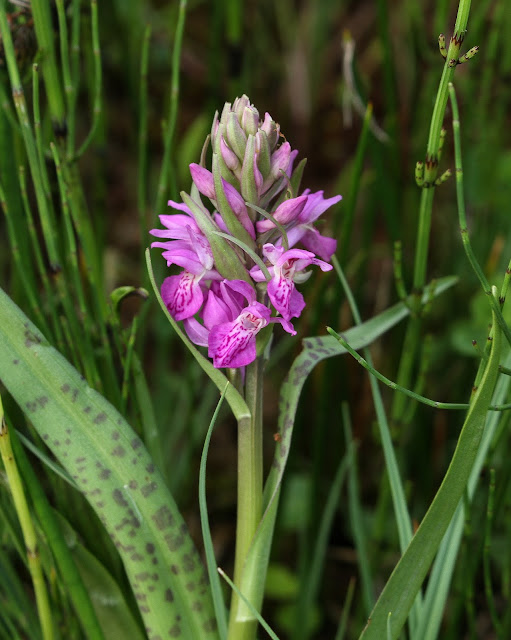 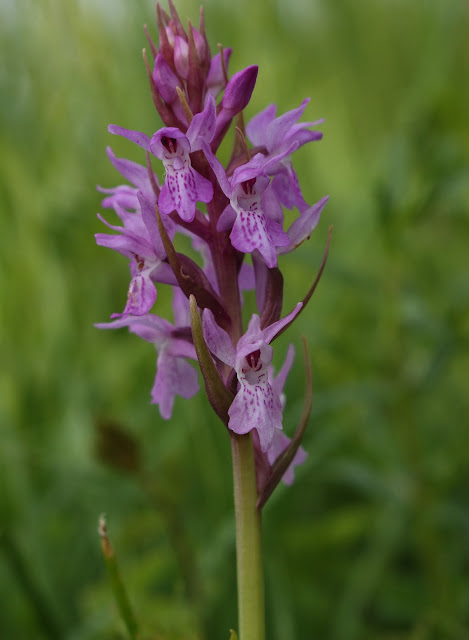 The orchid once known as Pugsley's Marsh Orchid 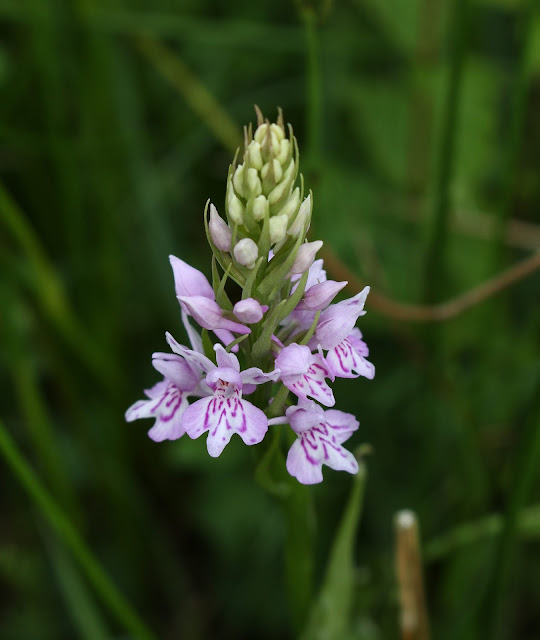 With plenty of evening left I decided on a quick dash down to the Rex Graham Reserve down near Barton Mills. This is the first time I've visited outside of their annual open days but the gate on the smaller of the 2 chalk pits was open so I could easily go in a fill my boots with Military Orchids and a few Common Twayblades to round of a splendid evening. 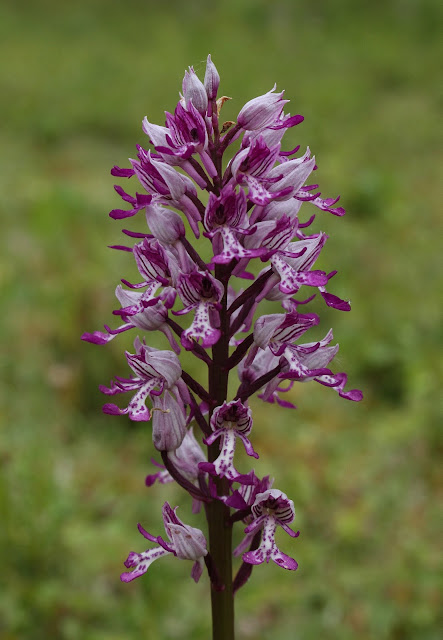 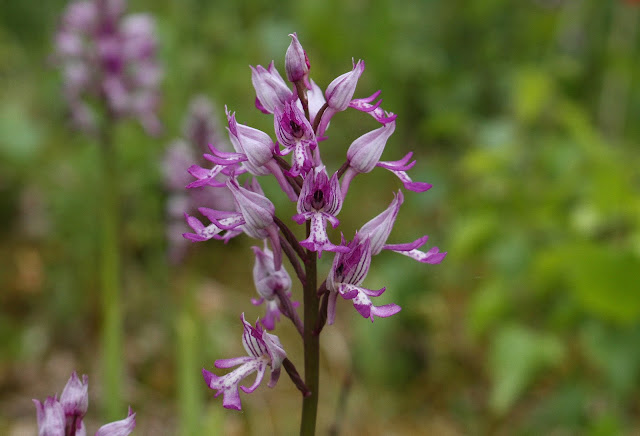 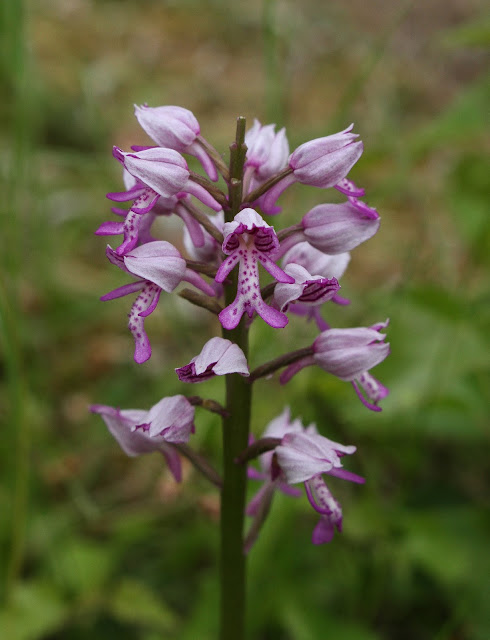 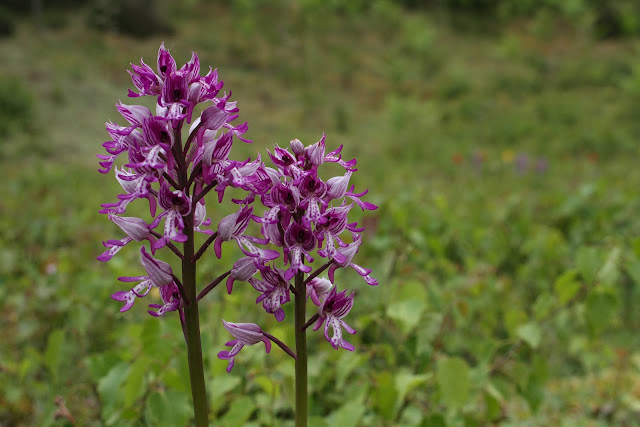 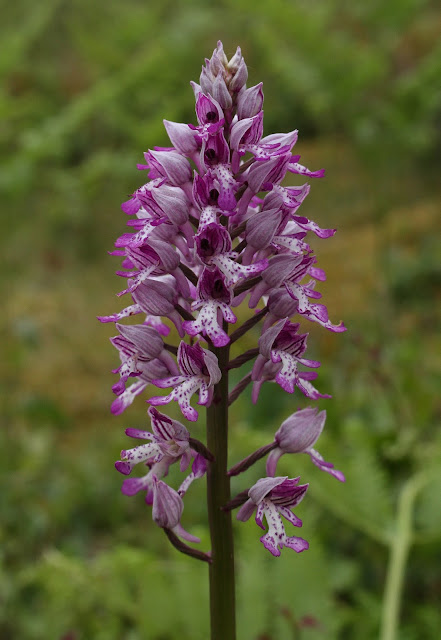 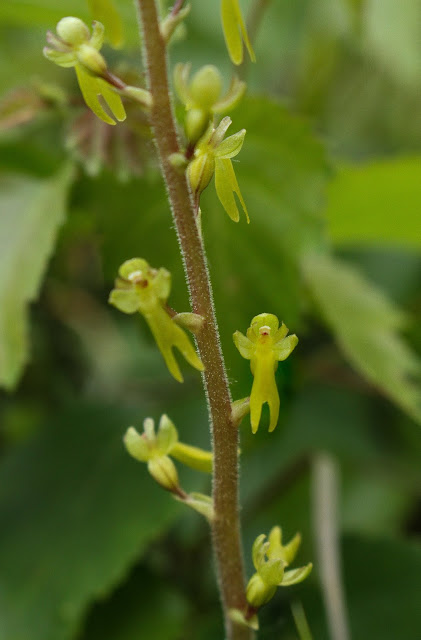 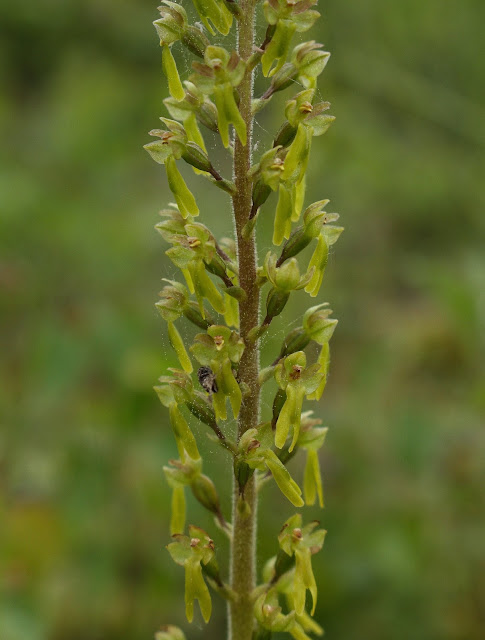 Common Twayblades
Posted by Chris at 12:32