A long weekend in the Derbyshire Peak District for my birthday. We'd booked a B&B in Rowsley for 4 days of walking, chilling and of course a bit of birding and botanising!

The Friday was wet so we visited Haddon Hall and by mid-afternoon it had dried u so we went walking. A Dipper by the footbridge in Bakewell was a nice yeartick but a walk on Stanton Moor was in very thick fog so a singing Tree Pipit, loads of Willow Warblers and Stonechat was all I could muster.

On Saturday it had brightened up so we took ourselves up onto Stanage Edge for a long ridge walk up to High Neb and back round. Along and just below the ridge were c5 pairs of Ring Ouzels with some great views of singing birds to be had. 3 Red Grouse were also new birds for the year and I also added Raven, Common Buzzard, Cuckoo, Stonechat and Reed Bunting. One of my main aims for the weekend was to re-aquaint myself with an orchid I'd not seen for about 15 years. Our first attempt that afternoon resulted in failure with just loads of Early Purple Orchids, 2 Wall Browns and 3 Dingy Skippers being seen. I settled on the thought that they must have not emerged yet because the Early Purples were all still in pristine condition. Until I got confirmation they were out earlier in the week! Cue an trip back in the early evening, more gate and barbed wire climbing and within a few minutes I'd found my quarry - Burnt Orchids! On one small area of west-facing hillside I went on to find 12 plants. After having my fill of them we retired to a nearby pub for a celebratory pint and a meal!

Sunday saw us walking Padley Gorge from Grindleford Station where I eventually located Pied Flycatcher after much looking plus Nuthatch, Grey Wagtails and 2 Treecreepers. An afternoon walk along Curbar and Froggatt Edges revealed virtually nothing except lovely views. Another Dipper was on the Derwent at Rowsley on an after dinner stroll.

We did a short walk along the Cromford Canal in the Derwent Valley on Monday morning which resulted in Garden Warbler and Grey Wagtail but little else until a singing Nightingale by the A6175 at Holmewood, in NE Derbyshire on the way home. 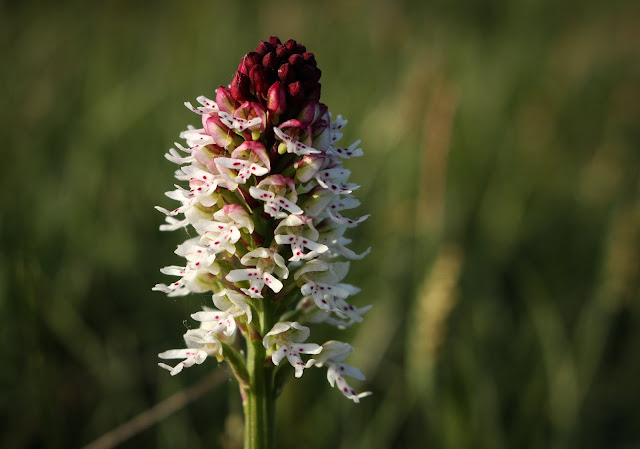 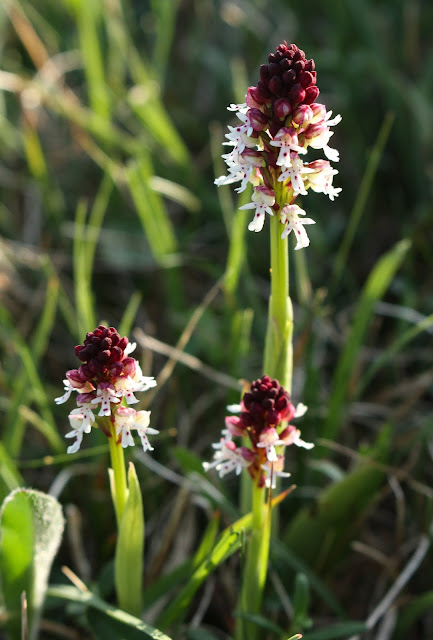 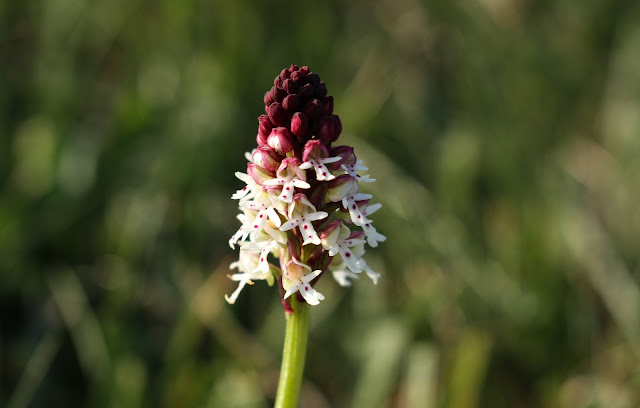 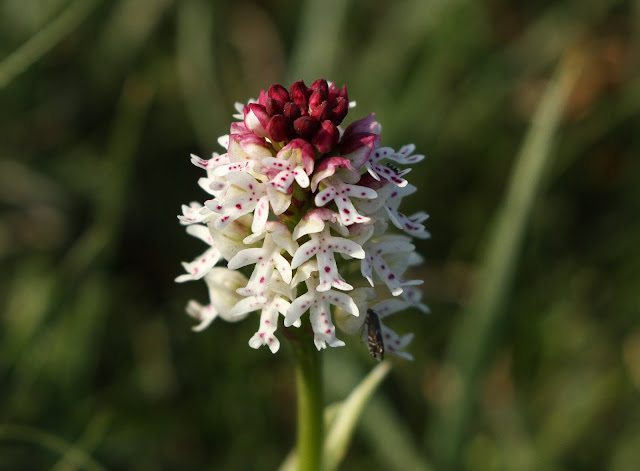 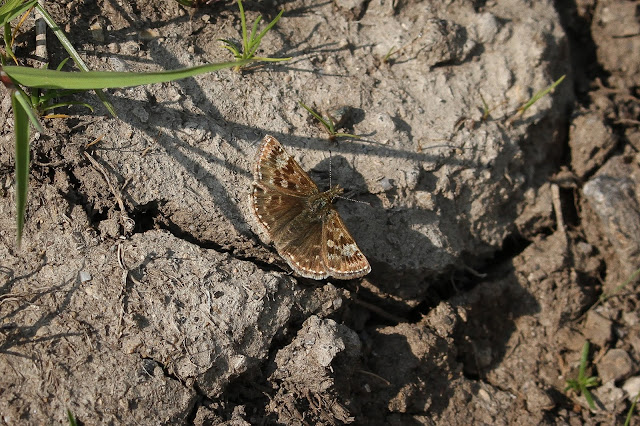 Dingy Skipper
Posted by Chris at 15:31