Our penultimate day in Vietnam and it turned out to be quite epic, in more ways than one!

It began at our hotel in Dak To with a start at 'stupid o'clock' (03.30 to be precise!) and a quick coffee in the foyer. Then it was on the road for a bumpy 3 hour drive north on deteriorating mountain roads to the start of the trail at Mount Ngoc Linh. This site has traditionally been off-limits to western birders and there have been several reports of people having trouble with local ginseng growers in the forest. Things are a little better now and with a native Vietnamese guide in Minh we had no problems despite meeting a couple of small groups of locals along the trail.

Now, to the trail itself - it was pretty tough going! Within the first couple of hundred meters we had one member of the group flat on his back in deep mud and then another member of the group had a serious fall down a steep muddy bank. Falling about 12 feet and after flipping over he landed on his back/head in a rocky stream. Miraculously he escaped with just a bump on his head and a bruised shoulder, it could have been a lot worse. Indeed, out of the group of 10 only 3 of us made it along the trail with everyone else turning back!

Due to the nature of the trail (steep, narrow, muddy and with numerous awkward stream crossings) birding was difficult. We did however notch up a good number of decent sightings. Before we'd even started our 'field breakfast' was interupted by a pair of Red-tailed Minlas, Black Bulbuls, Green-tailed Sunbird and Yellow-cheeked Tit. Along the trail Minh got very excited by a Stripe-throated Yuhina, the first he'd ever had at the site. I was more excited by 2 Black-crowned Barwings, 2 Rufous-gorgetted Flycatchers, Rufous-capped Babbler and Ashy Woodpigeon. We hit upon a lovely mixed group of fulvettas feeding low down in ground vegetation with superb Golden Fulvetta, Rufous-winged Fulvetta and c5 Indochinese Fulvettas. At 'the spot' on the trail we heard the main target Golden-winged Laughingthrush but rather frustratingly we only had 10 mins at the spot so couldn't look for long. Also along the trail were c3 Ashy-throated Warblers, Blue-winged Minla, Black-headed Sibia, Grey-cheeked Warbler, several Grey-crowned Tits, Mountain Bulbul, Grey-headed Canary-flycatcher, White-throated Fantail, Clicking Shrike-babbler, Dalat Shrike-babbler, Annam Barbet and Bar-winged Flycatcher-shrike. 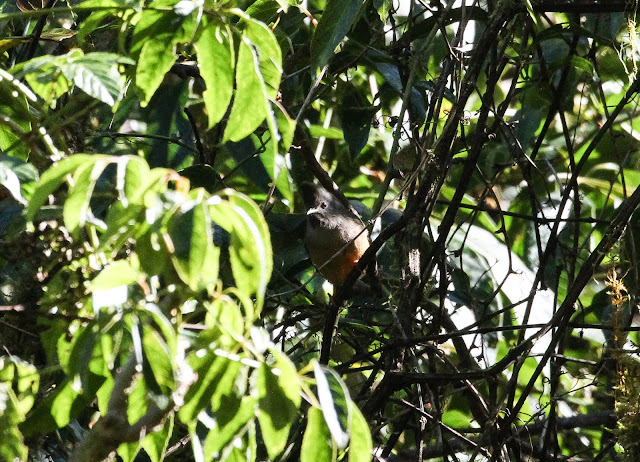 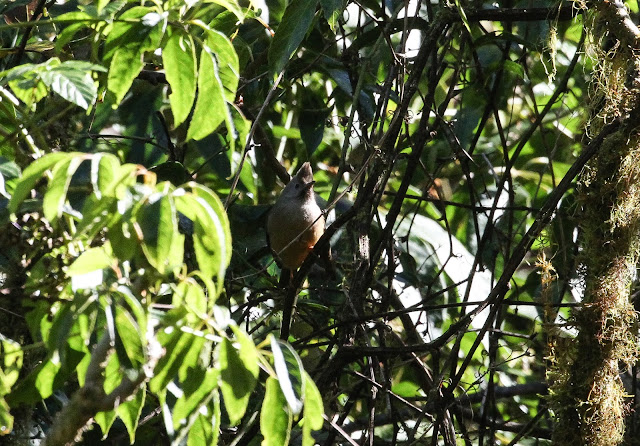 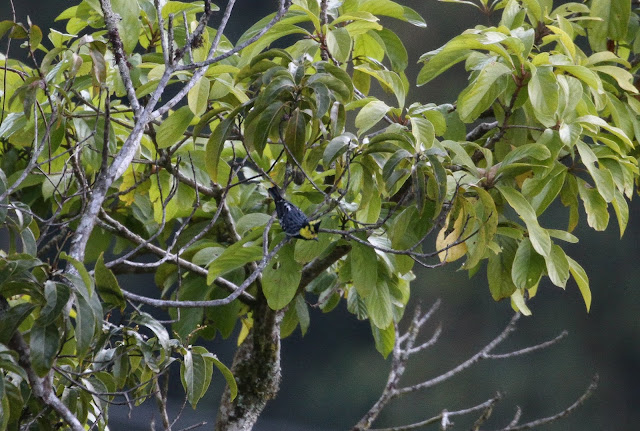 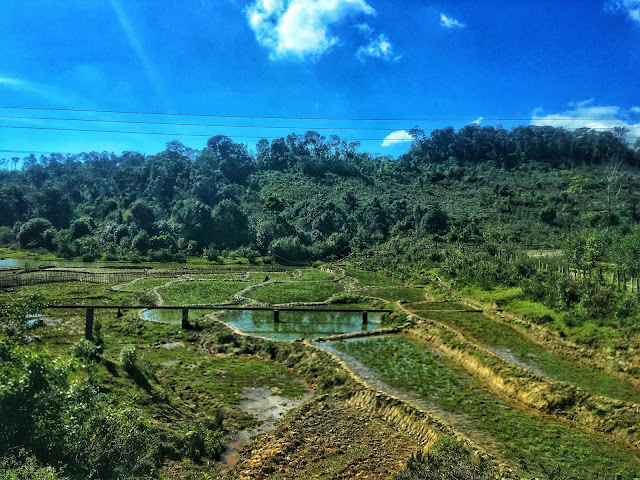 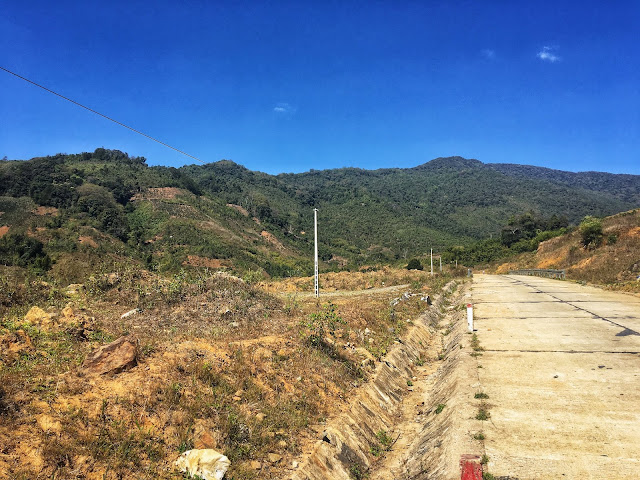 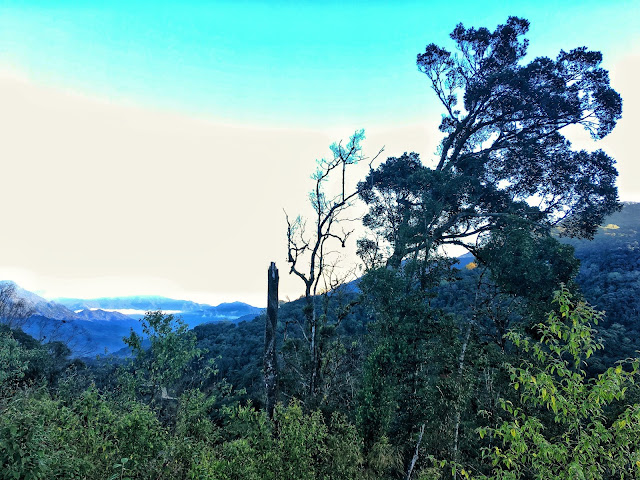 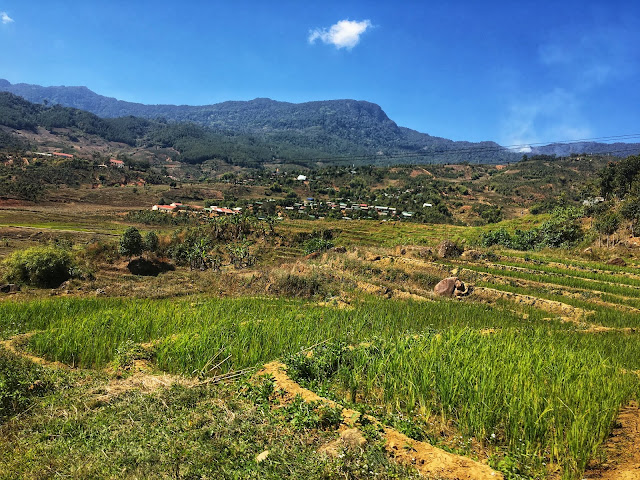 Then began the huge drive north to Bach Ma. After the mega early start it was a tiring drag that took more than 9 hours. We arrived at our national park accomodation at 21.30 and I didn't even bother with an evening meal. The accomodation itself looked like a derelict building, an impression that was to be seen in all it's glory in daylight the following morning. The rooms were better but with damp bedding it was a tough night spent in my clothes! 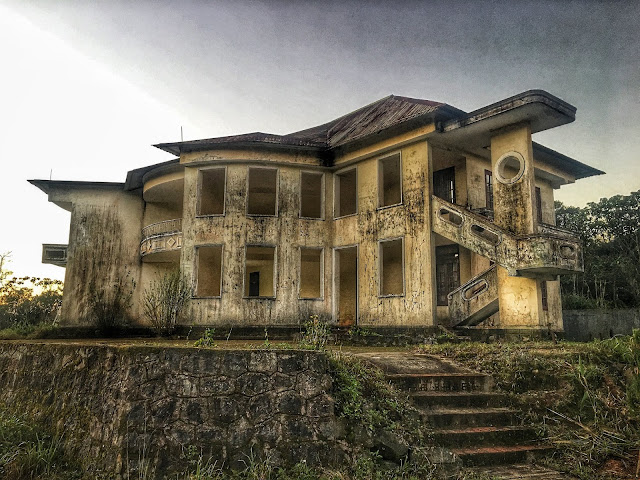