Leap Year Day and we were heading north to the coast at Rio Lagartos for a couple of nights. The chance to add a few more species to the list!

Our drive took us east towards Valadollid and then due north to Rio Lagartos. In the last 30km or so the landscape changed with cattle ranches, meadows and marshy areas. And the birds started to appear too including a lovely White-tailed Hawk, my first tick for a while. We arrived in the sleepy fishing village of Rio Lagartos and headed to the east end of the village and to the shore front Restaurant Chilquila. This relaxed place has 2 hummingbird feeders, although it took me some while to figure out they are actually under the cover of the main dining area and not outside! We sat overdosing on coffees while we waited but the hummingbirds never came! We decided to walk a boardwalk through the mangroves on the far side of the carpark and were rewarded with a couple of Common Yellowthroats, Northern Waterthrush, a point blank Morelet's Crocodile. Along the water front were loads of Laughing Gulls, Neotropic Cormorants, Brown Pelicans, a small group of American White Pelicans circled in the distance and a mixed flock of Snowy Egrets and Little Blue Herons passed by. Further along, on one of the fishing jettys c5 American Black Skimmers were loafing with numerous Royal Terns amongst the commoner suspects. Mangrove Swallows were numerous. 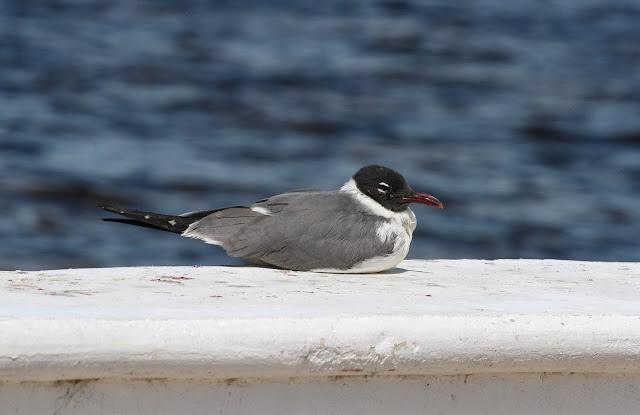 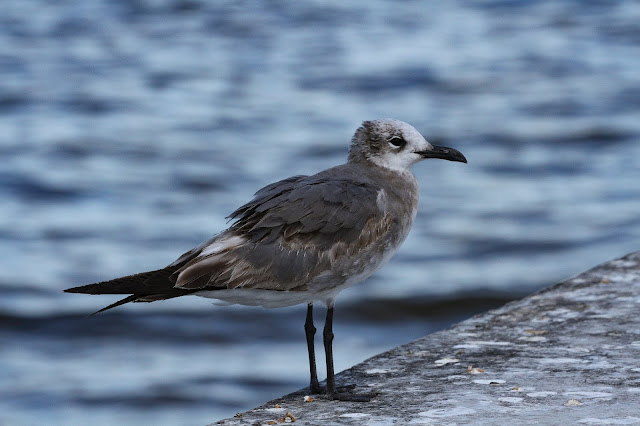 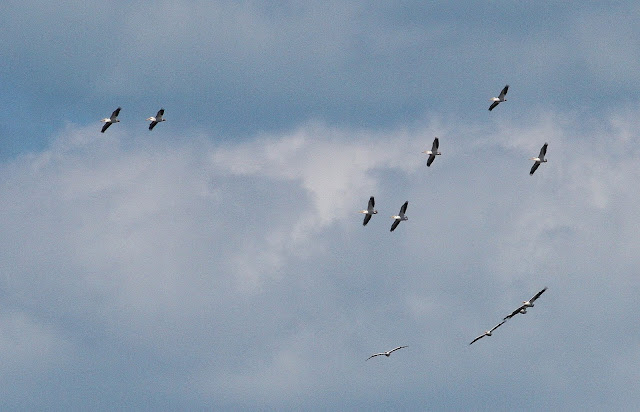 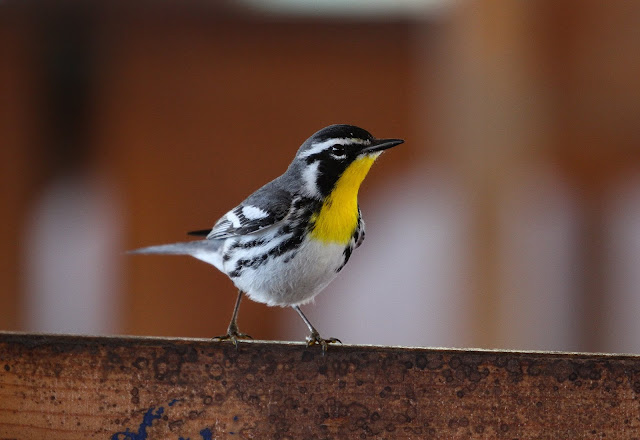 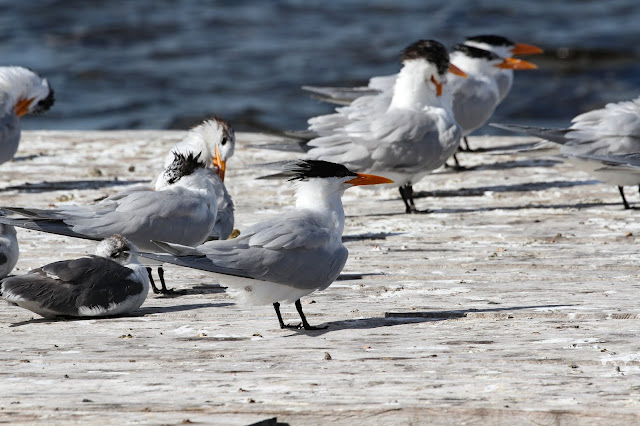 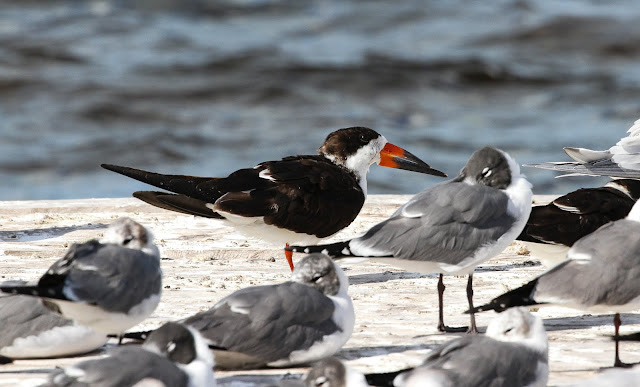 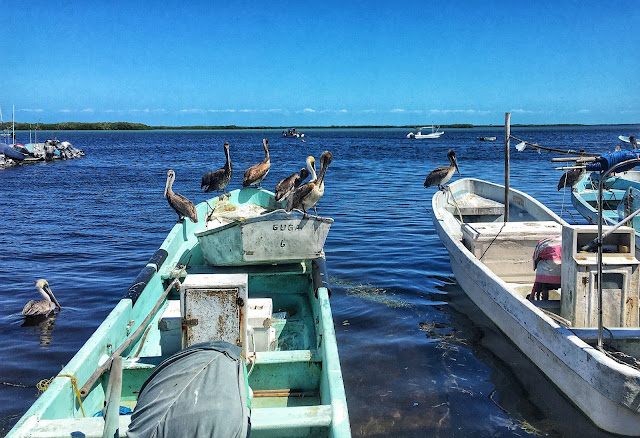 Belinda was keen to visit Los Colorados, along the coast to the east so we headed there next. Stopping on the way at the entrance to the San Salvador Ranch track for our traditional 'cheese single' sandwich a short stroll revealed 2 Blue-grey Gnatcatchers, Olive-throated Parakeets and 2 White-fronted Parrots and at the pool by the road there were 4 Stilt Sandpipers, Lesser Yellowlegs and Black-necked Stilts.

As we continued towards Los Colorados I scooped with roadside 2 Orange Orioles but several brief flight views of hummingbird sp were rather frustrating! I let Belinda do the tourist thing beside the pink lagoon with a guide (paid of course!) while I went on a short walk to photograph the American Flamingoes. In the ditch there I found singles of Semipalmated Sandpiper, Least Sandpiper and Lesser Yellowlegs and a Peregrine hawked high over a communications tower. 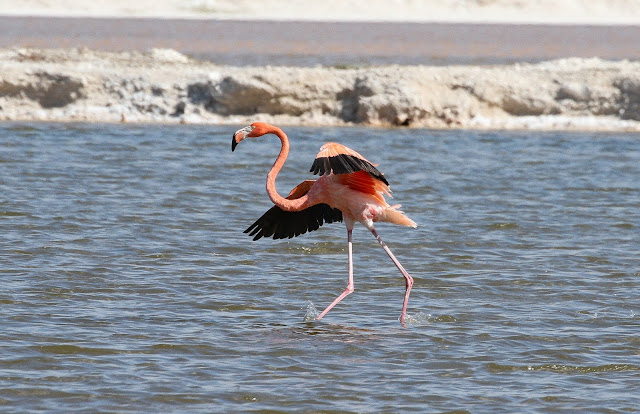 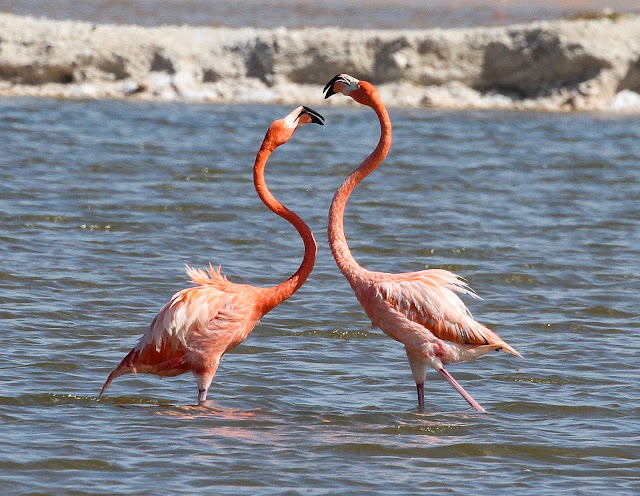 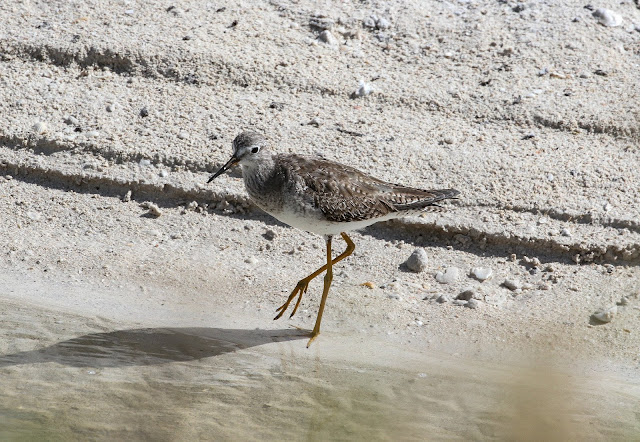 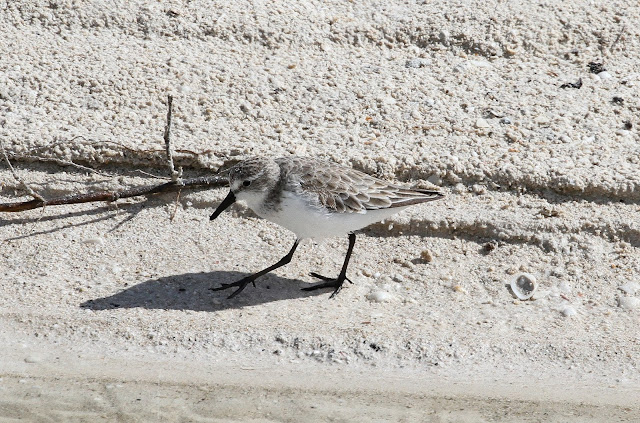 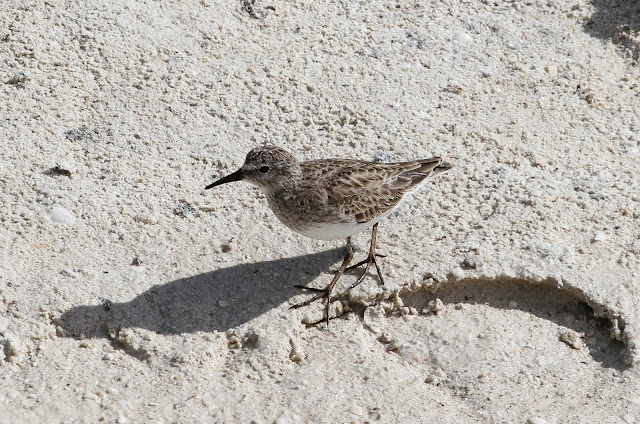 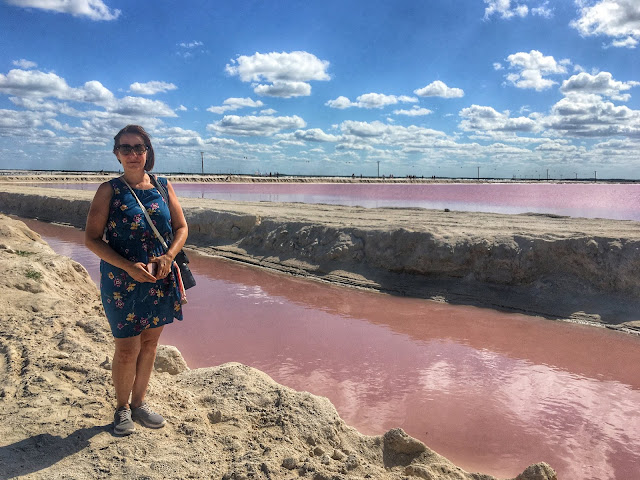 Then it was back to Restaurant Chilquila for an afternoon beer and another stare at those feeders. This time we were rewarded with a couple of brief visits from a female Mexican Sheartail. With what was to come we really needn't have worried but it felt like a bit of the pressure was off! Checking in at the Hotel Punta Ponto we saw both male and female Mexican Sheartails at their feeders within seconds and even a female sat on a nest buikt on a hanging basked bracket under their car port! A Cinnamon Hummingbird was also visiting. 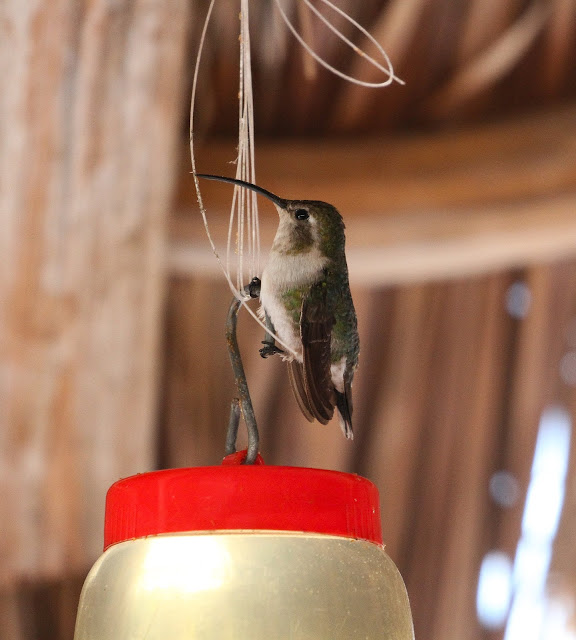 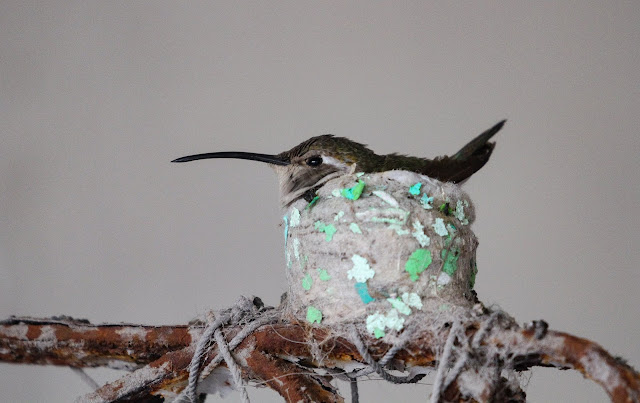 We decided to re-visit the first few hundreds yards of the San Salvador Ranch track at dusk approached so I could have one attempt at some night birds. In the end I got nothing except loads of insect bites but while wandering about I flushed a group of 4 Yucatan Bobwhites (tick!) and also scored with c20 Blue-winged Teal, 5 White Ibis, Least Grebe and Northern Jacana.