After a pleasant if chilly early breakfast at Casa Mango we headed the short distance west to Coba.
The ruins here are some we wanted to see and an early start to beat the majority of the crowds was in order. Declining the usual offers of guides and pedal 'taxis' we set off on foot through the forest to the ruins. Not know exactly where we were going we took a right which led us to some lesser ruins rather than the main pyramid. Still, when we got to the first ruins we had them to ourselves for a while which was great. The birding en-route was surprisingly good too - I managed Yellow-billed Cacique, Vaux's Swifts and a small flock of Bronzed Cowbirds from the carpark and then 2 Masked Tityras, a female Rose-throated Becard, c5 White-eyed Vireos, Northern Parula, Black-and-white-Warbler, my first Yucatan Flycatcher, a curious but rather splendid Northern Bentbill, White-tipped Dove, Ruddy Woodcreeper a noisy group of Yucatan Jays and at least 5 Black-headed Trogons. 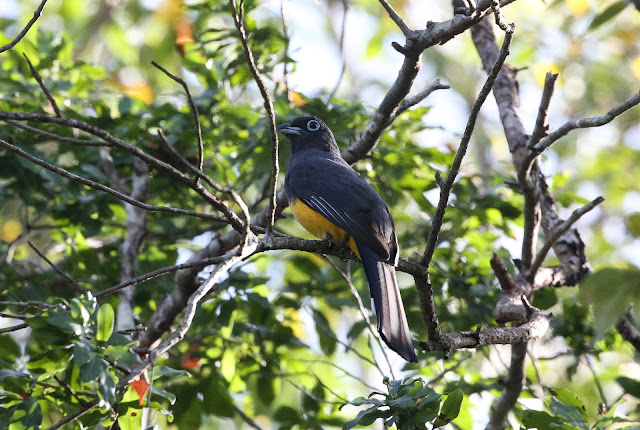 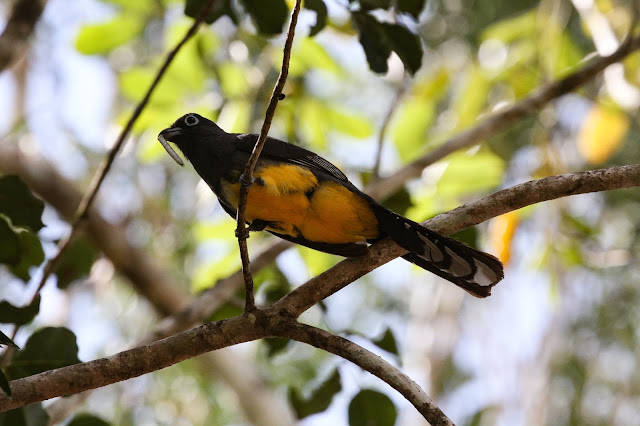 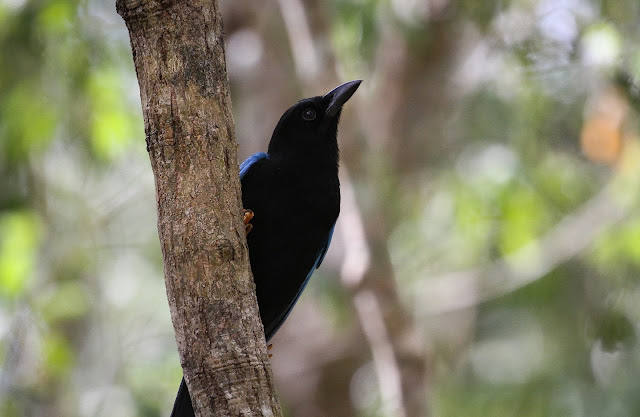 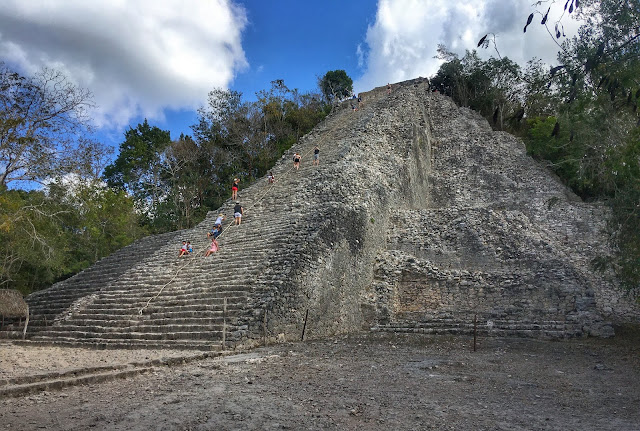 We left the site after we'd seen the main Mayan ruins as the crowds were starting to build. After a dodgy iced coffee (the guy didn't have a clue how to make one!) we wandered around to the opposite side of the main lagoon. I failed to find any Yellow-winged Tanagers but did finally nail a calling kingbird to be a Couch's Kingbird. The lake also held 2 Great Blue Herons, 2 Pied-billed Grebes, Anhinga, 2 Great Egrets, 2 Neotropic Cormorants, 1 Brown Pelican and some swallows which turned out to be my wanted Ridgeway's Swallows. These are really hard to nail as the white loral spot is very difficult to see on flying birds. 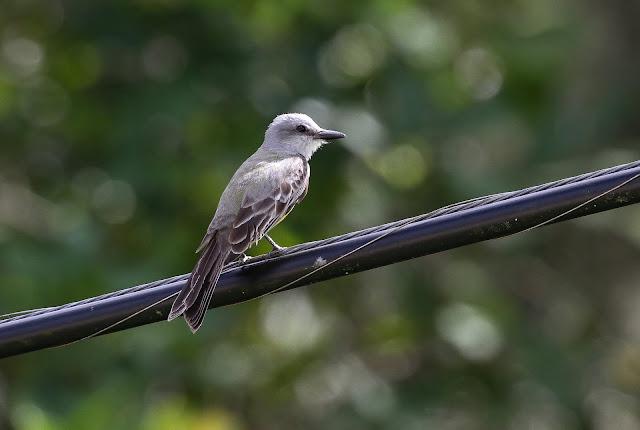 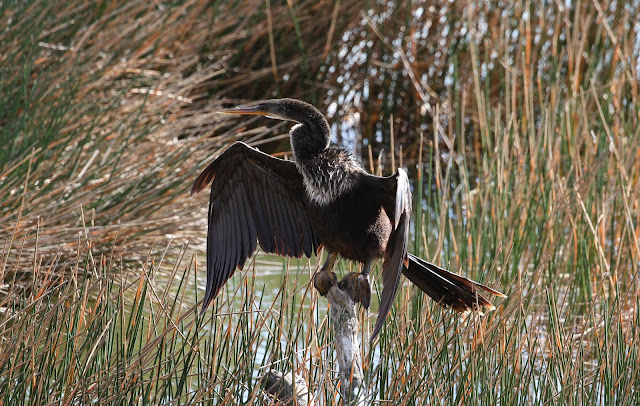 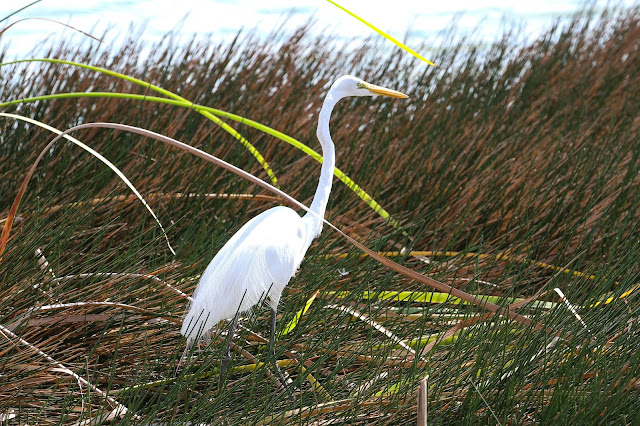 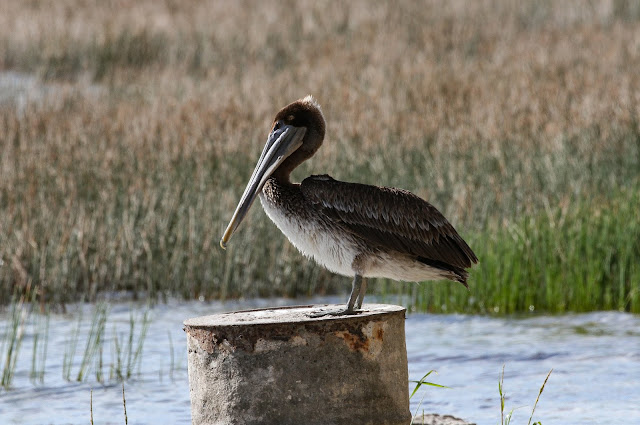 The afternoon was spent at a couple of cenotes which Belinda was keen to visit nearby. These flooded underground caves are really quite spectacular, even for a reluctant swimmer like me! 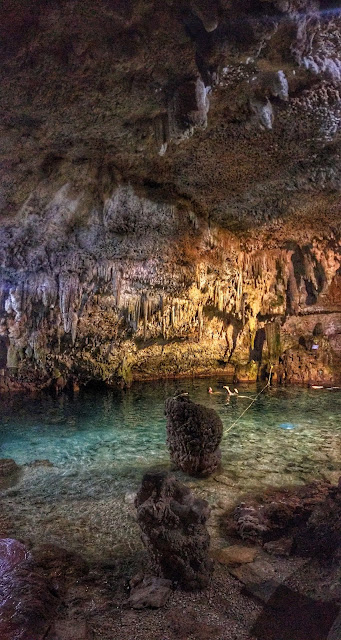 Back in Macario Gomez later afternoon we indulged in some lovely street food (the charmingly named carbon chicken!) and the did a little birding in the Casa Mango vicinity. 2 Wedge-tailed Sabrewings, a showy Yucatan Woodpecker in the late afternoon sun, 4 Olive-throated Parakeets, Great Kiskadee, Yucatan Jay, Clay-coloured Thrush, Magnolia Warbler and a Greyish Saltator were the highlights. 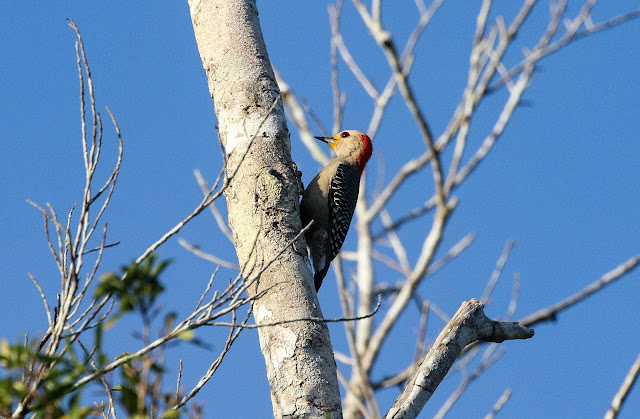 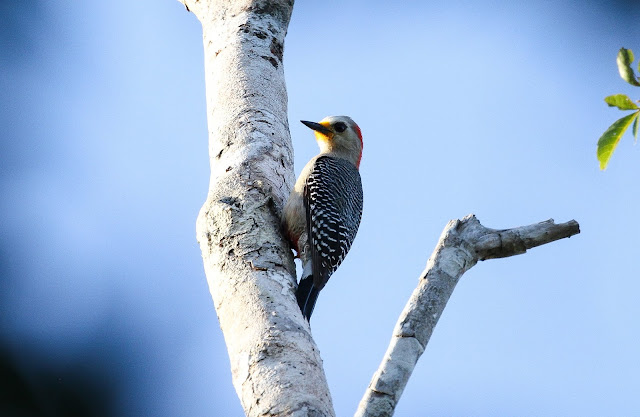 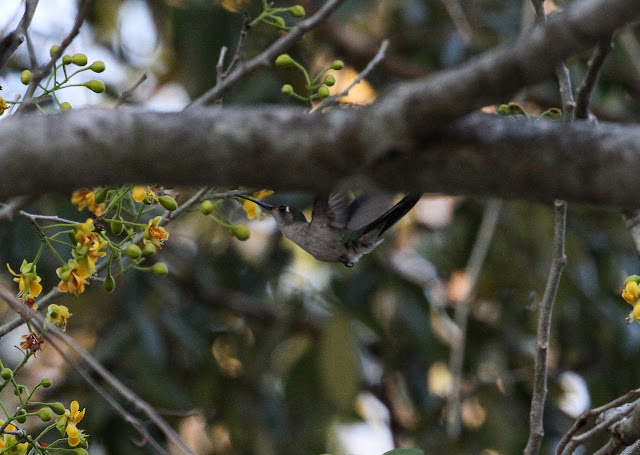 Wedge-tailed Sabrewing
Posted by Chris at 16:32