And fun it was because I almost immediately flushed a Solitary Sandpiper from the muddy shore! A Northern Jacana flew over the lake and at the far western end were 2 Semipalmated Sandpipers that allowed very close approach in my kayak. Mangrove Swallows were everywhere and a walk to the cenote in one corner of the lagoon yielded Northern Waterthrush and Killdeer. Around the carpark/lodge area Melodious Blackbirds were common, a single female Yellow-throated Euphonia was in a tree near the car and both Altimira Oriole and 4 Brown Jays were also seen. Best of all though were a Rufous-tailed Hummingbird and female Red-legged Honeycreeper. We celebrated with a beer and a lovely fish lunch in the restaurant there.

On the way out back to the main road a bird on telegraph wires caught my attention and turned out to be a major tick - White-necked Puffbird, the only record of the whole trip. 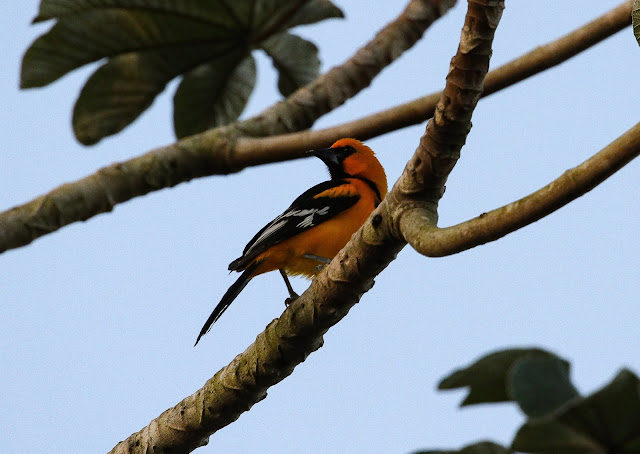 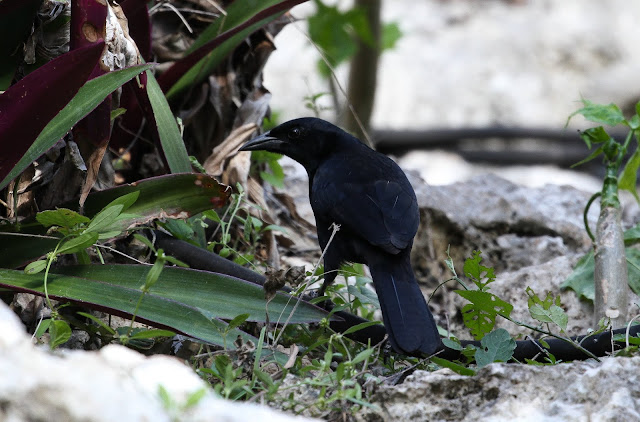 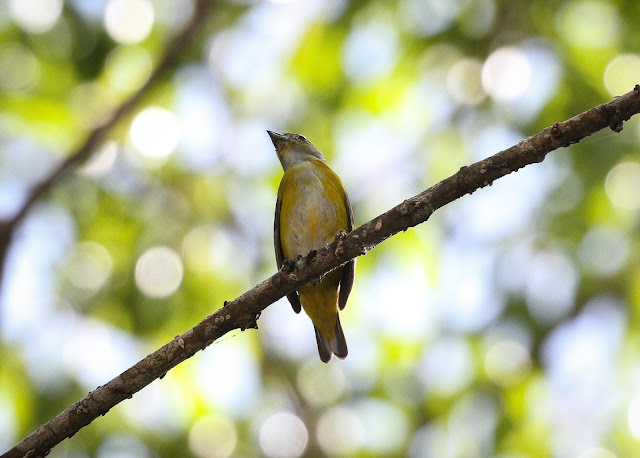 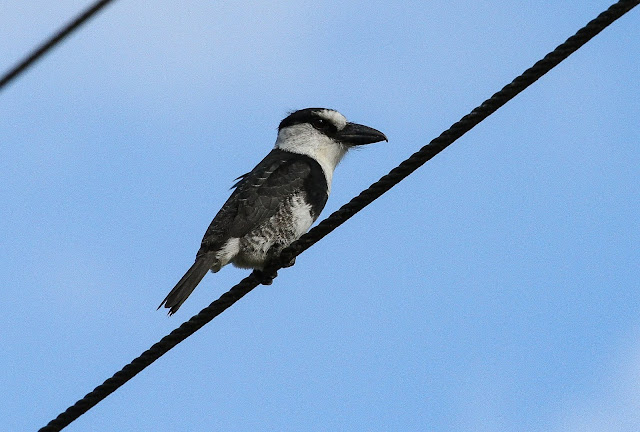 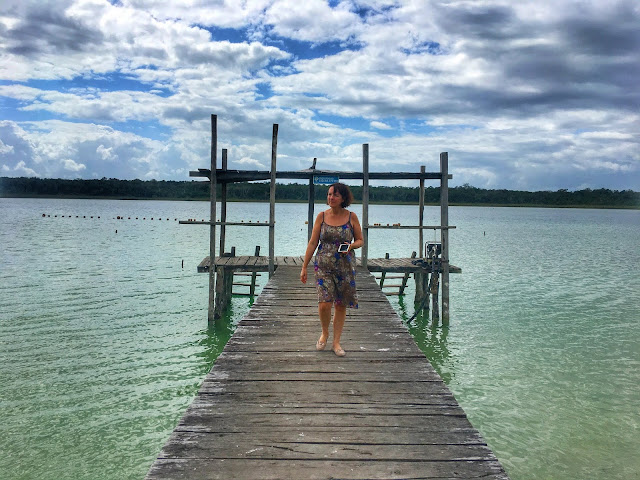 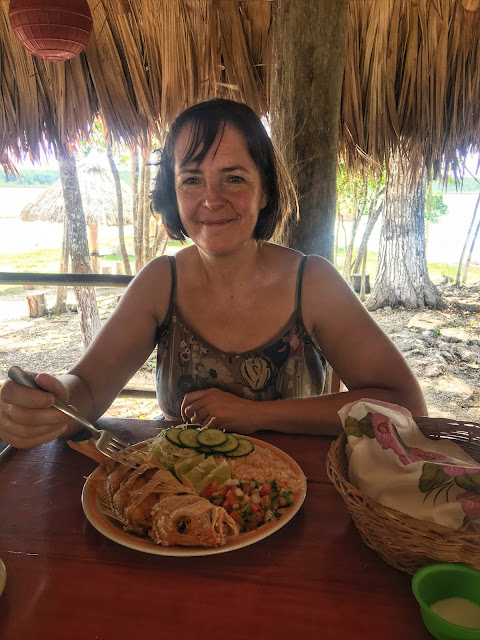 With it now late afternoon we checked into our villa on the edge of town and very swish it was too with illuminated manicured gardens and it's own pool. It was the perfect place for Belinda to relax while I indulged my morning birding plans ;-) That day the area around the villa gave me Plain Chachalaca, Couch's Kingbird, Yellow-billed Cacique and Melodious Blackbird. It clearly had potential! 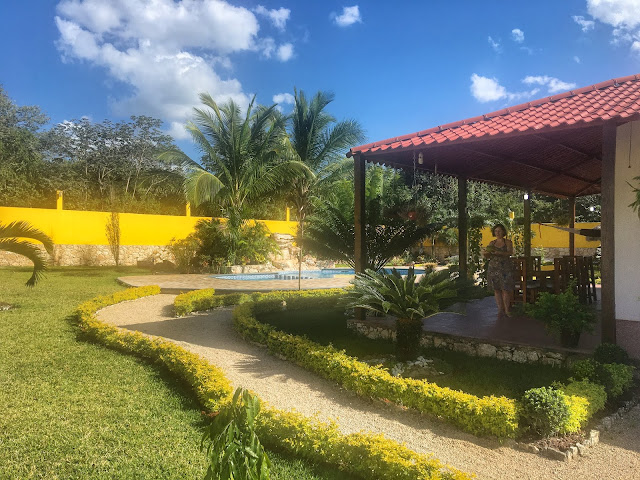