After a night of wild camping in the moho at Fingringhoe we awoke early and drove onto Mersea Island for the day. Our plan was to park at East Mersea and walk the whole coastline of the island going anti-clockwise.

Fortified with a good breakfast we headed off on the mammoth 27.5km walk in calm overcast conditions. Along the seawall on the north side of the island Yellow Wagtails were pretty obvious with c12 seen/heard. Then we had a surprise as I flushed a Quail from the path, apparantly the first island record since 1999! The only other birds of note were a couple of Lesser Whitethroats, c20 Ringed Plover and c80 Black-tailed Godwits but there was plenty of botanical interest with an abundance of Golden Samphire, Salsify, Sea Club Rush, Sea Aster, Annual Sea Blite, Shrubby Sea Blite, Common Glasswort, Perennial Glasswort, Grass-leaved Orache, Sea Wormwood, Prickly Lettuce and some confusing knotgrasses! Reaching the road close to the bridge I then found a good new plant by the roadside - Garden Asparagus, followed by some Lucerne as we neared the village of West Mersea.

On the shingle beach as we turned the corner to the southern shore I found Frosted Orache which had been on my radar plus Sea Mayweed, Lesser Sea Spurrey and Sea Rocket.

Apart from a very pale leucistic Starling in a flock the rather unispiring southern shore of the island had little to write home about. We finished the walk however and were pretty chuffed with ourselves! A Clouded Yellow at the far east end of the island was a great way to finish as were 2 Marsh Harriers in the same area that evening as we wandered down. 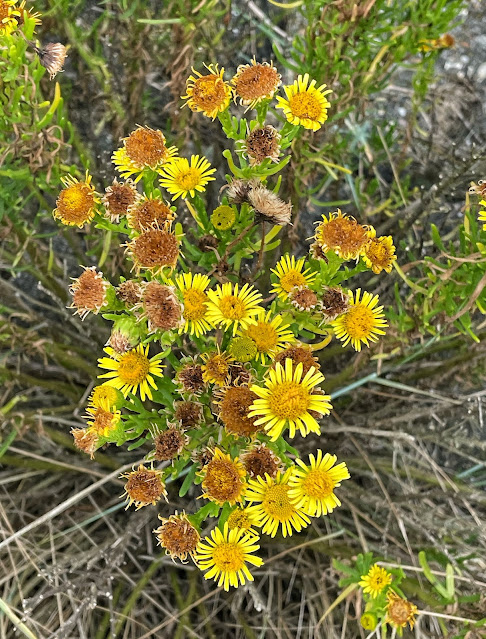 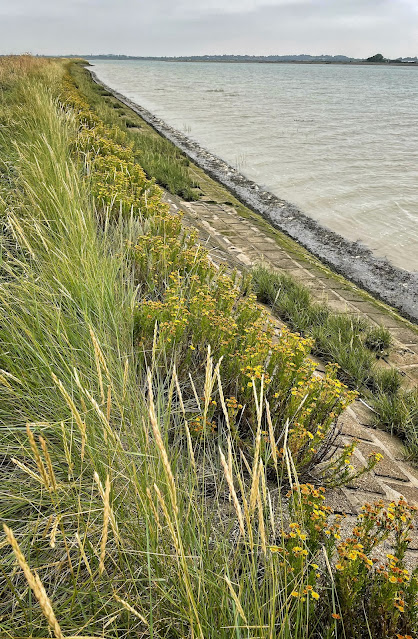 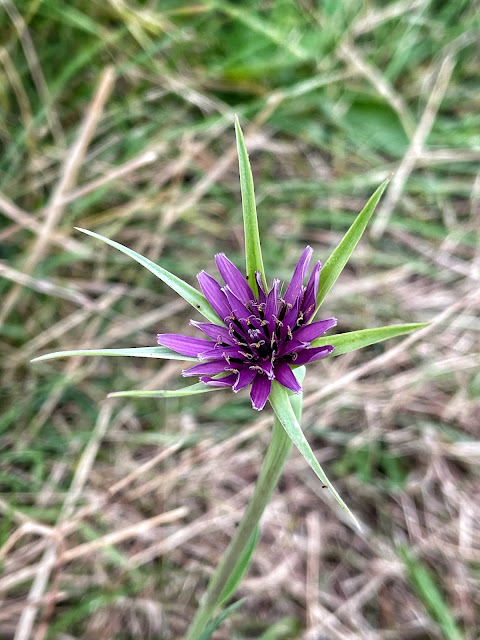 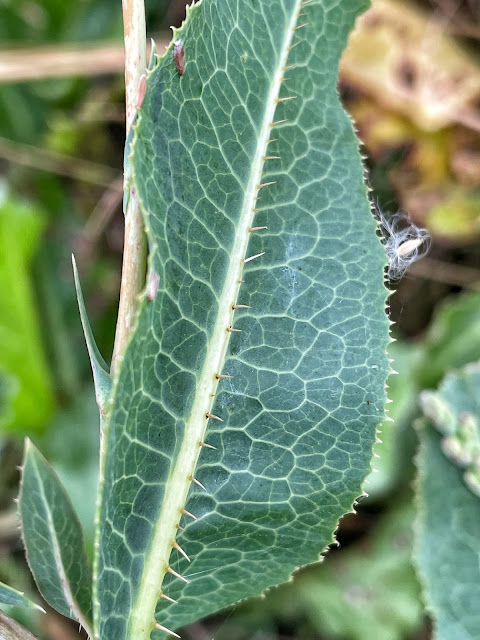 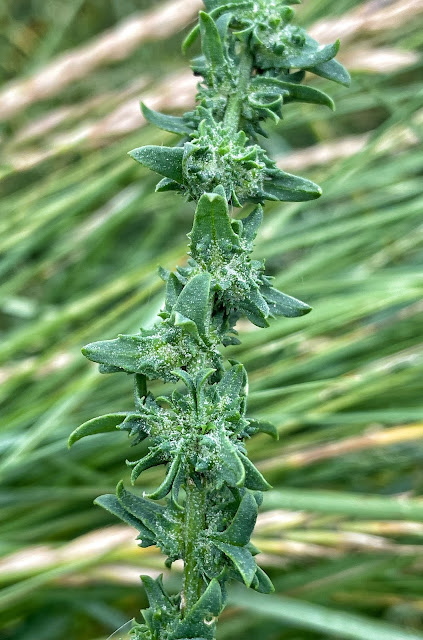 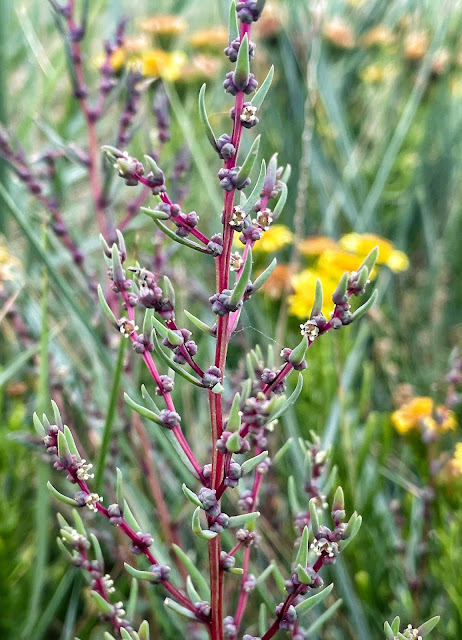 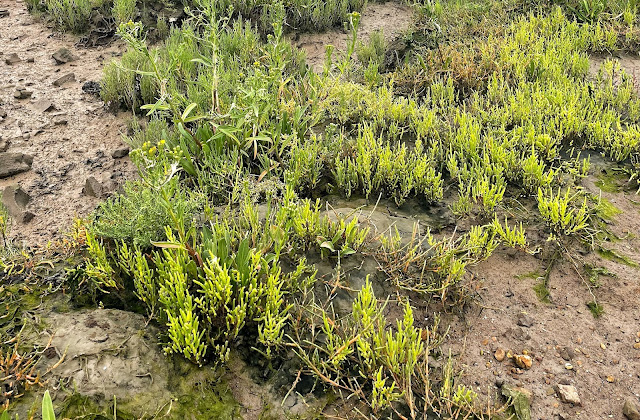 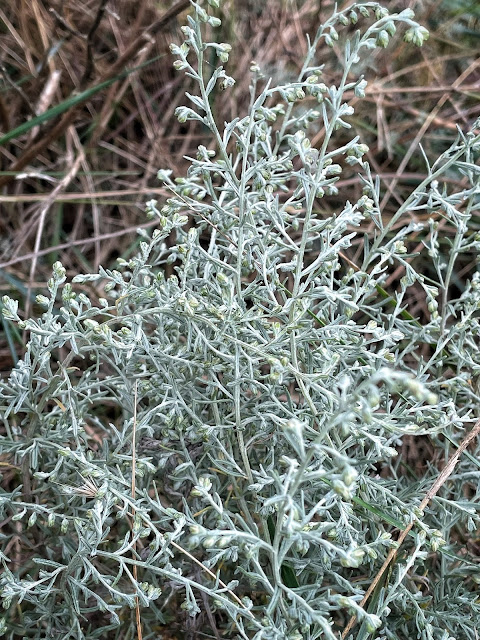 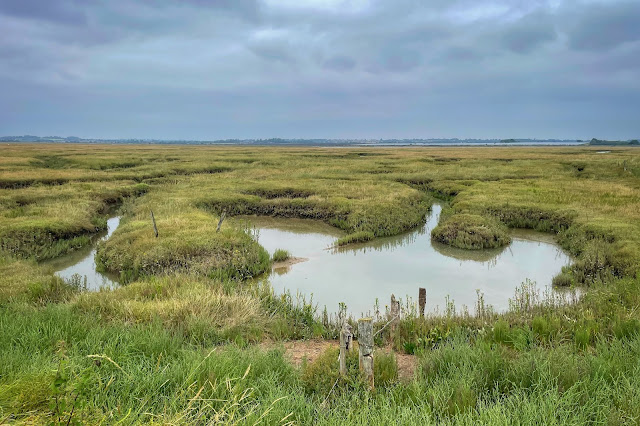 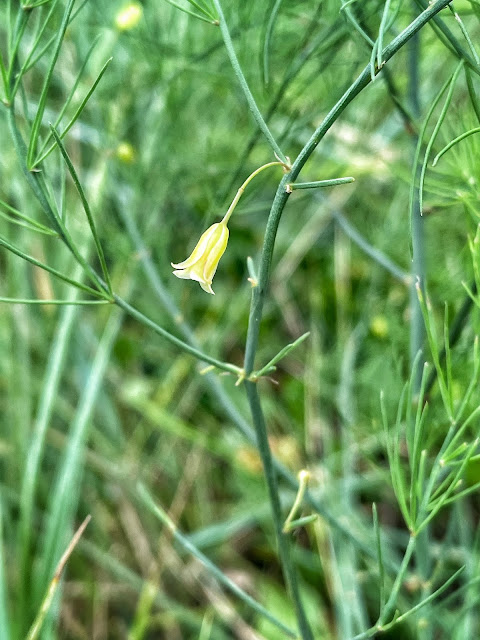 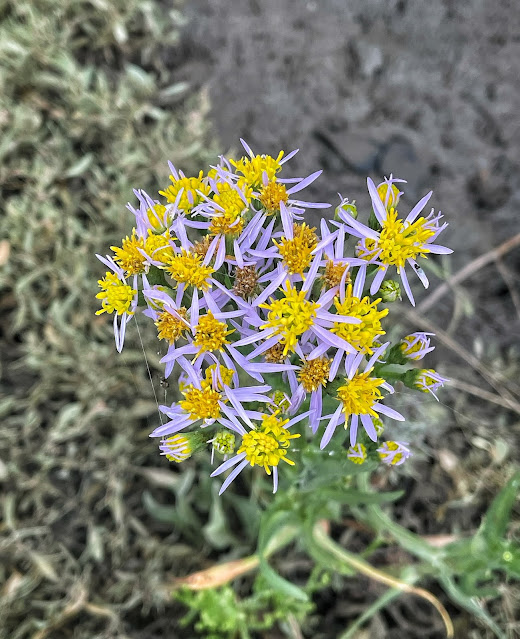 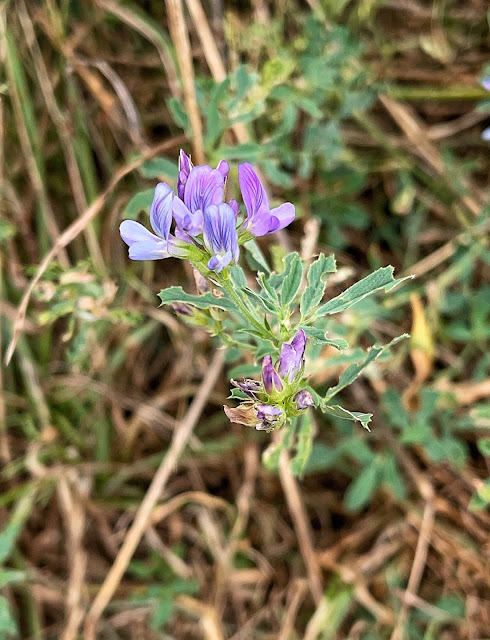 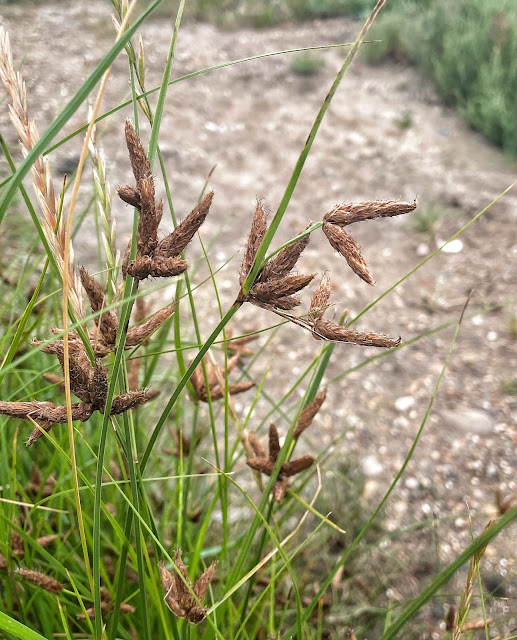 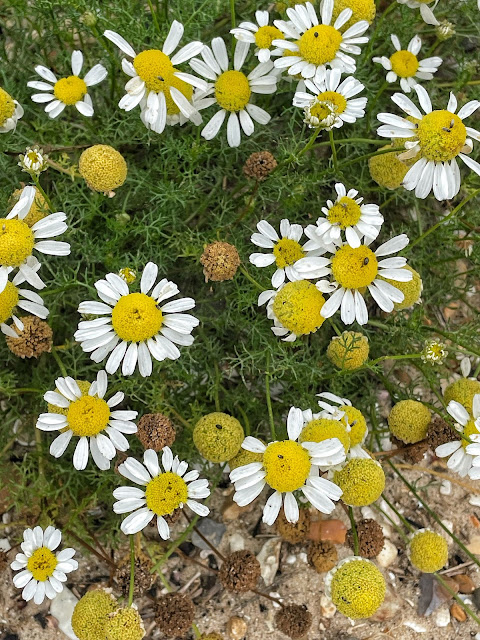 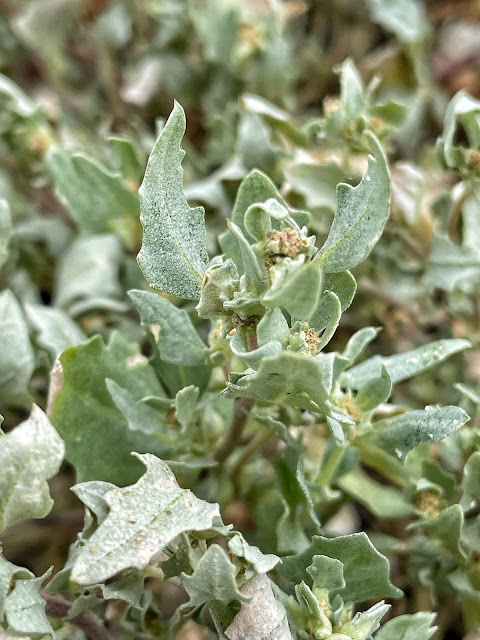 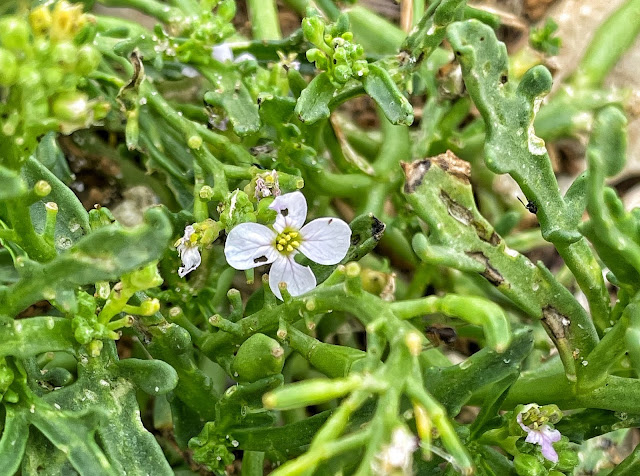 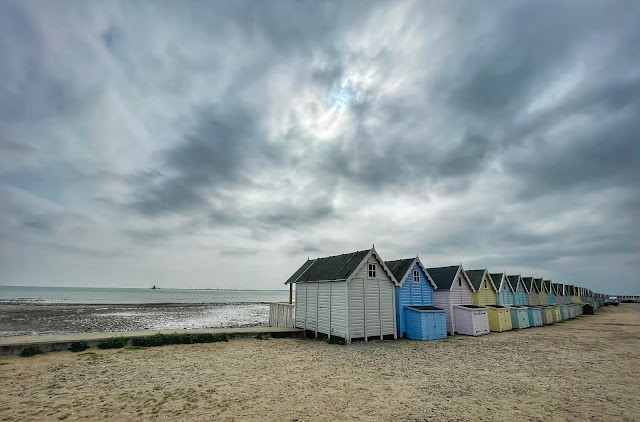 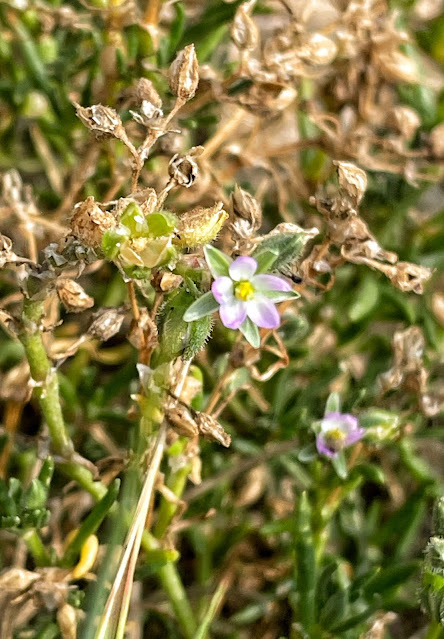 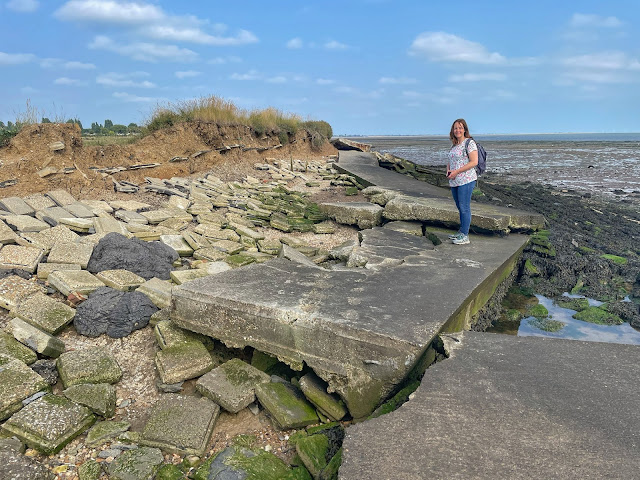