A few days previously we'd arranged a taxi ride and river trip with Santosh. For 1000 INR taxi fare and 1200 INR each boat fare we'd got places on one of the renowned Zuari River Trips to see some of the scarce kingfishers that are extremely difficult to get to grips with otherwise. Belinda was also very keen to see crocodiles! It proved to be a wonderful experience and one I'd thoroughly recommend to any birder.

When we arrived at the small slipway on the edge of the south side of the Zuari River we had a few minutes to spare so indulgd ourselves in some birding - a large tree on the opposite side of the road held Indian Golden Oriole, Spotted Dove and several Red-whiskered Bulbuls while a Common Sandpiper was on the slipway and a White-browed Wagtail flew along the river bank. Next to the boat - there were only about 6 of us on board so it was a lovely relaxed trip with no jostling for viewing position. The boatman is very skilled at finding the birds and is able to cut the motor and drift up to them to give mega views. Initially we motored under the road and railway bridges heading in a seaward direction. On the first set of posts in the water were 2 Swift Terns and a single Brown-headed Gull which we gopt seriously close to. Gull-billed Terns passed every now and again as we headed further west to a nother post which held a perched White-bellied Sea Eagle. The following photos wil show how close we got to these birds! 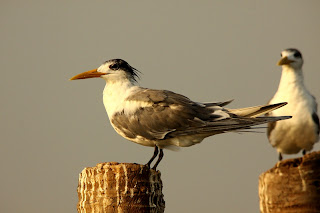 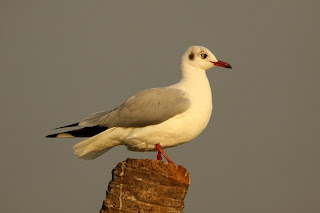 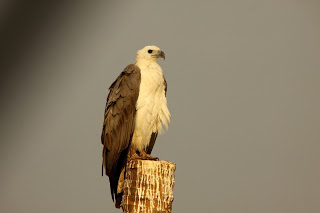 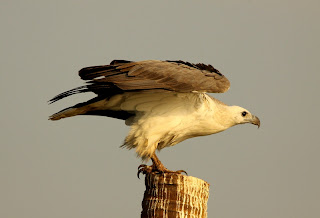 White-bellied Sea Eagle
We did a u-turn next and headed east back under the birdges and towards the north bank of the river. On the road bridge was a sitting Peregrine and several Dusky Crag Martins. Within a very short space of time we saw first Stork-billed Kingfisher, Marsh Mugger Crocodile and then one of our most wanted birds - Black-capped Kingfisher. Both at point blank range. Common Kingfisher, White-breasted Kingfisher, Blue-tailed Bee-eater, Baya Weavers, Little Cormorants, Osprey and Marsh Harrier were added as 'padders' (!) as we headed up a side creek. 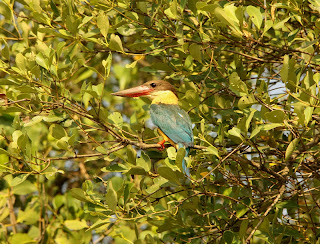 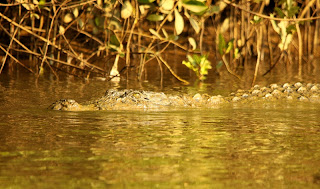 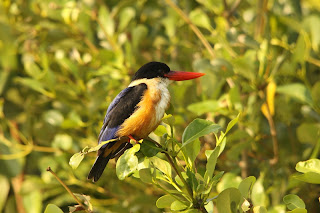 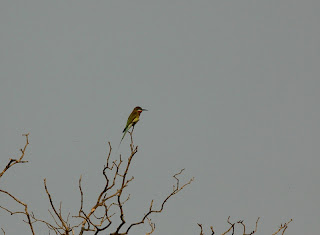 Blue-tailed Bee-eater
Further up the side creek our boatman then located the rarest kingfisher, the much sought after Collared Kingfisher and in the same area we also found Western Reef Heron, Striated Heron, Black-crowned Night Heron, Black-headed Ibis, Wooly-necked Stork and brief views of Blue-faced Malkoha and Clamorous Reed Warbler. 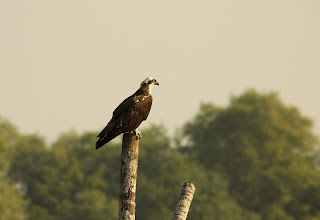 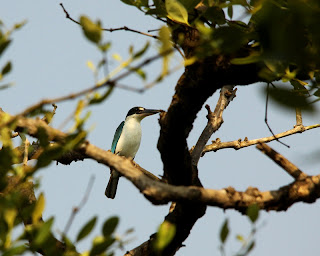 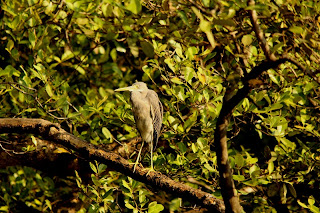 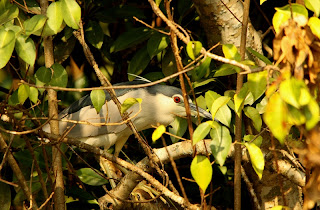 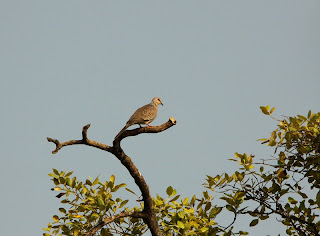 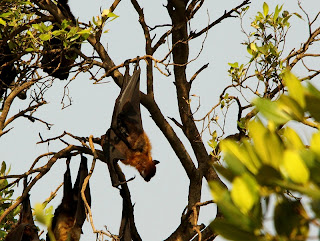 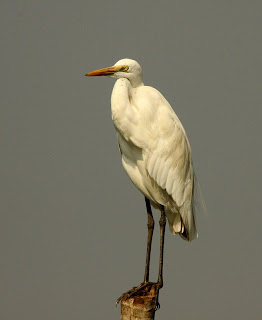 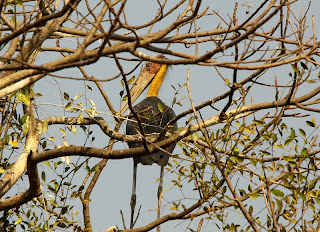 Lesser Adjutant
The rest of the day was bound to be an anti-climax after that but we opted for a late afternoon walk up the west side of Baga Hill. The sun was still burning down which made for a sweaty walk. On the edge of Baga Fields from the road were a Pied Stonechat and a Richard's Pipit and then just before we began the walk up the western path up the hill an Alexandrine Parakeet and 2 Yellow-footed Green Pigeons showed nicely. The trawl up the fairly obscure path gave us just a few White-rumped Munias and a brief Blue-faced Malkoha before we reached the more open scrub on the top. Birding was slow but I located a White-browed Bulbul and then taking a detour just onto the northern slopes gave me a singing Indian Robin and 3 Grey-breasted Prinia. On the way back down 2 Black-rumped Flamebacks flew into and then out of some of the bigger trees before we trudged back through the chaos of Baga to our hotel. 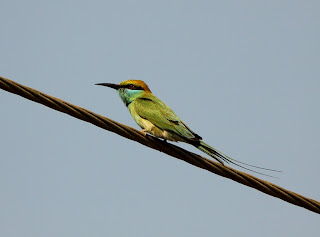 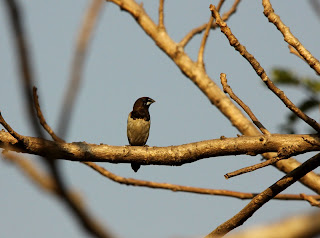 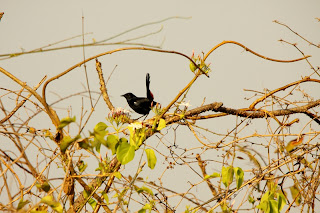 Indian Robin
Posted by Chris at 19:56