Grabbing a quick early breakfast to enable us to get to the reserve early unfortunately didn't mean we could beat the crowds. We pulled up on the carpark shortly after 07.00 to find it packed with cars, coaches and people, not what we hoped for at all. There was then a scrum at the reception who are keen to push you into hiring one of their guides, luckily I was keener not to so we just bought tickets and received a trail map. Escaping tour groups wasn't easy and one guide in particular almost got his tripod stuck where the sun doesn't shine because he made constant tweeting, whistling and pishing noises making it really difficult to hear anything else! We also found a little bit of an attitude of 'if you haven't got a guide we're not going to tell you anything' which left a bit of a bitter taste. You may have guessed that I MUCH preferred the Santa Elena reserve!

Anyway, to the birds - first up was a distant perched Orange-bellied Trogon and several Tufted Flycatchers, Slaty-backed Nightingale-Thrush, Black-faced Solitaires (singing everywhere!), Common Bush Tanagers, a Golden-crowned Warbler and 3 Emerald Toucanets. To escape people we opted for the longest loop trail consisting of the Sendero El Rio, Sendero Pantanoso and the Sendero Camino. On our extended walk we saw 4 Black Guans, a pair of noisy and stonking Azure-hooded Jays, 4 Band-tailed Pigeons, 6 Collared Redstarts and heard 2 Three-wattled Bellbirds but just couldn't located them. As we neared the end of the final trail I finally located a feeding flock and in a few memorable minutes had Eye-ringed Flatbill, 2 Red-faced Spinetails, Spotted Woodcreeper, 3 Silver-throated Tanagers and 2 Spangle-cheeked Tanagers.


Red-faced Spinetail
﻿
After a coffee in the manic centre cafe and our packed lunch we visited the hummingbird gallery which is beside another coffee shop on the opposite side of the carpark. The feeders here were excellent and the pair of Magenta-throated Woodstars made my day! Into the bargain there were also 2 Bananaquits, several Green-crowned Brilliants, 2 Coppery-headed Emeralds, a few Stripe-tailed Hummingbirds, Violet Sabrewings, Green Violetears and Purple-throated Mountain-Gems. Back at the car and just as we were about to leave a call went up and a male Resplendent Quetzal proceeded to display above our heads as c50 people watched it. It was a like a twitch back home! A brief roadside stop and stroll on the way back down had me ticking Vaux's Swift. 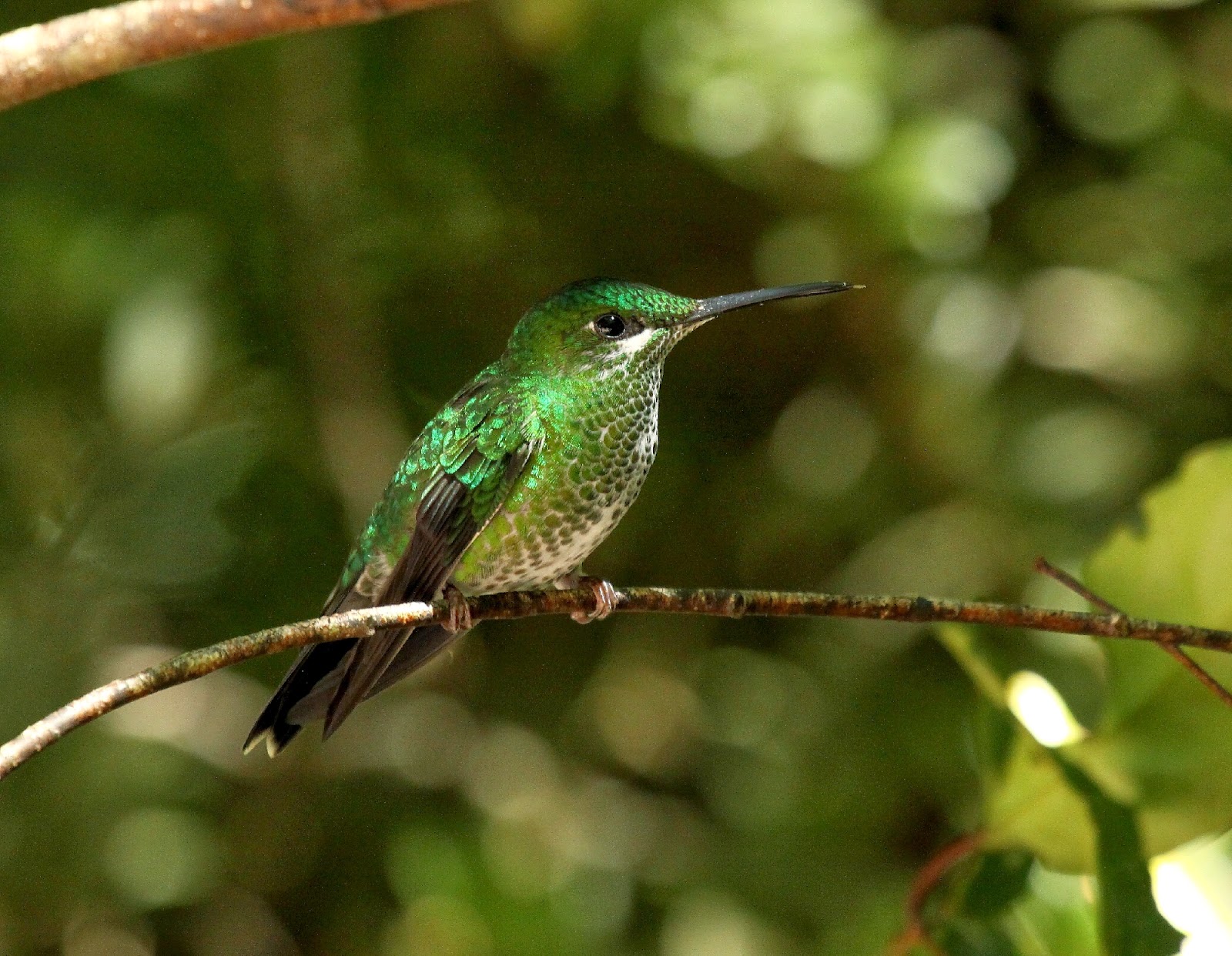 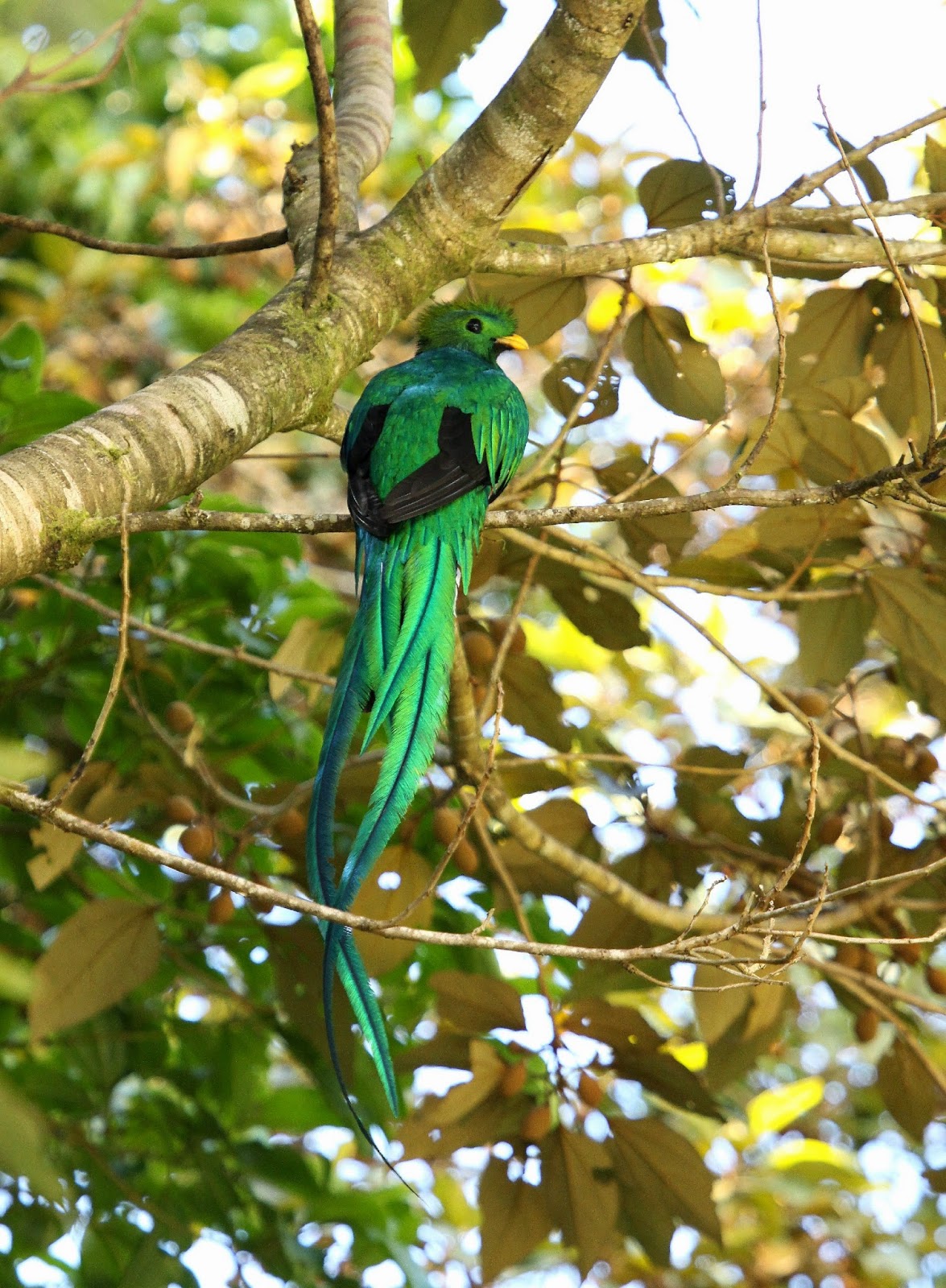 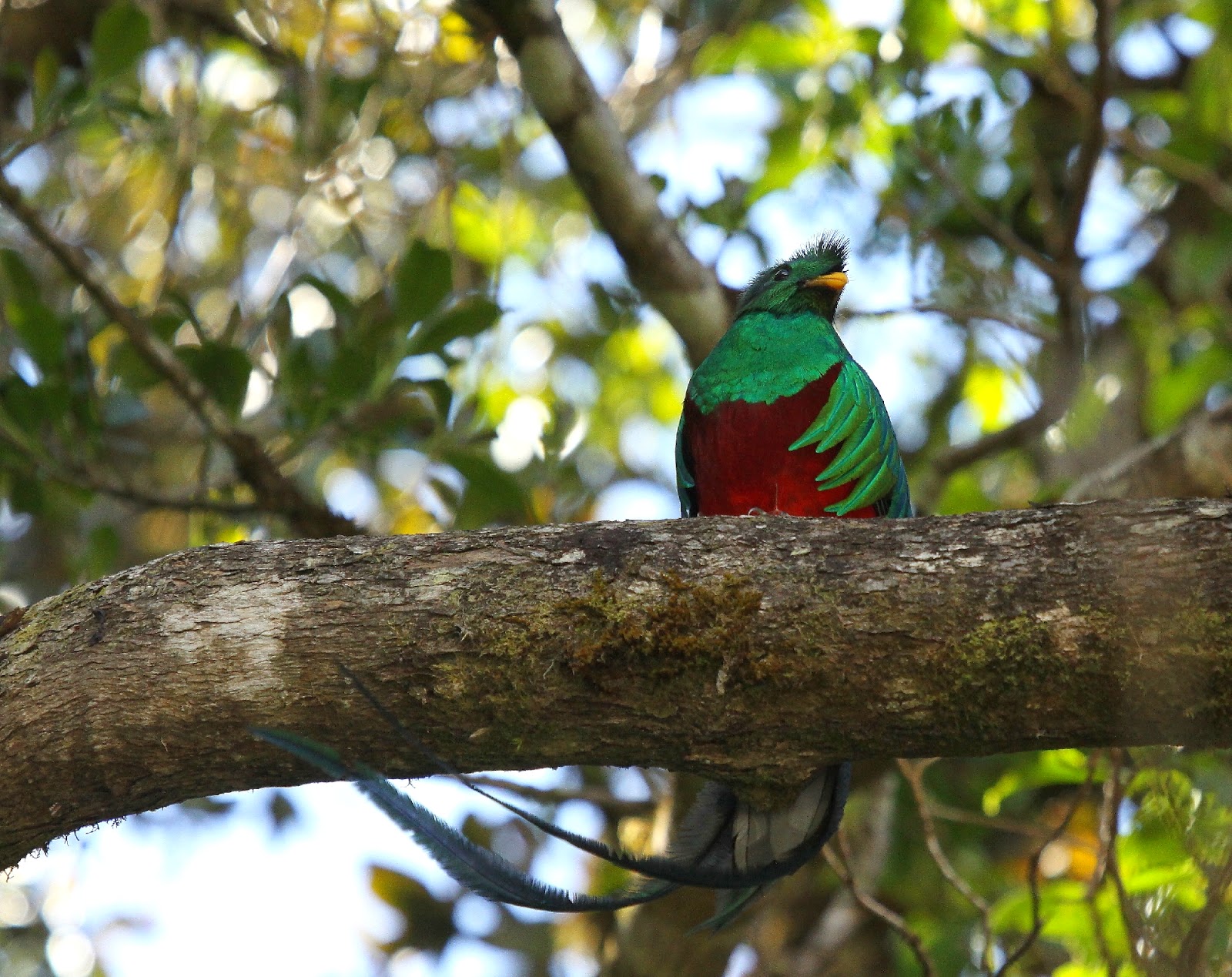 Resplendent Quetzal
Back at our cabin 3 Masked Tityras and a Plain Wren showed really nicely to round the day off. 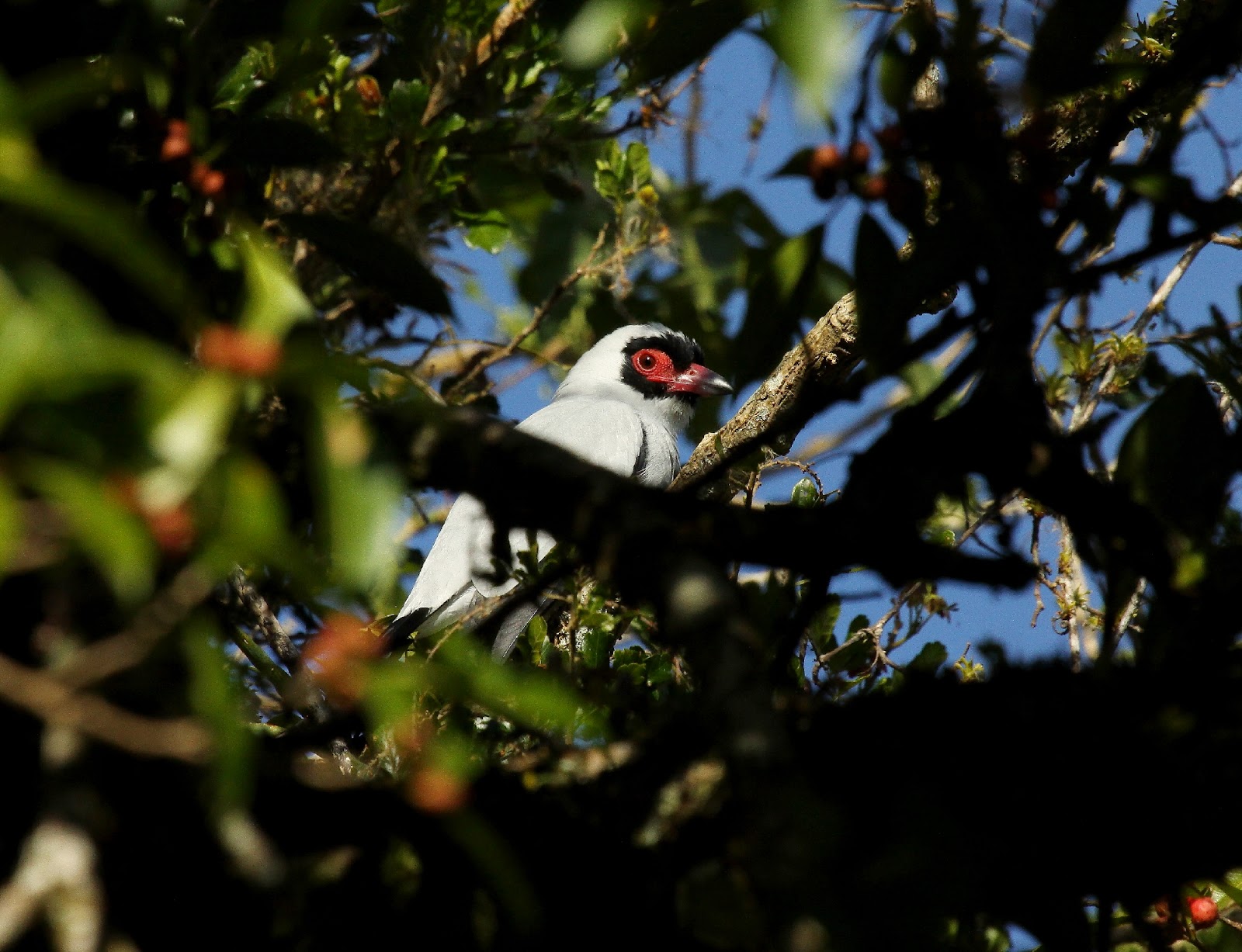 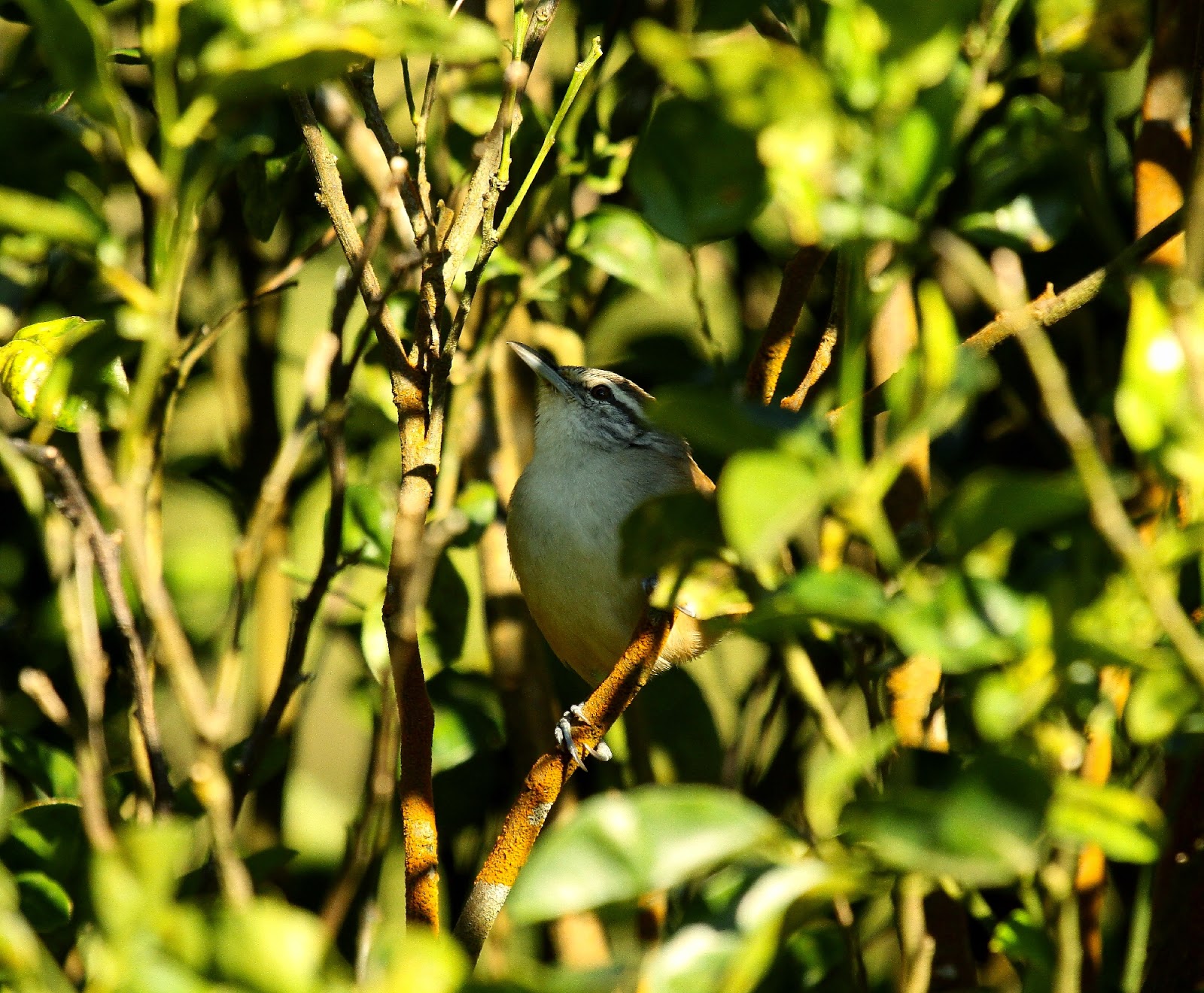