Having never seen a spring Blyth's Reed Warbler in the UK or indeed heard one sing I was particularly keen to see this bird found late morning in Southwold.

It was located along the track that runs inland behind the boating lake tearooms near the pier and I was greeted by a small gathering of c15-20 birders on arrival and the news that it had gone to ground after a heavy rain shower passed through. Social distancing was difficult so I decided to find my own spot a little further down the lane by a gate in the bushes. From here I had a couple of brief views of what was probably the bird but then, after about 45 minutes it decided to pop up on the top of the reeds and show very well for a minute or two. It had also given a couple of snatches of song.

As Belinda was back in the car by now I left so we could go for a walk. Along the promenade on our walk a Fulmar cruised up and down over the beach huts and some nice wildflowers were identified - Slender Thistle, Pellitory-of-the-Wall, Seaside Daisy, Sea Bindweed, Field Bindweed and California Poppy.

Returning to the warbler site again for 'seconds' I stood in the same spot with Jeremy Gaskell and this time enjoyed some more views, including some down to literally 6 feet in nettles and also of the bird quite high up in the bushy trees. It was very active though, the local Reed Warblers were giving it some grief and there was lots of 'tacking'. I luckily managed to get one acceptable shot of it as it fed on hoverflies in the low reeds/nettles. It was readily identifiable in the field being noticably greyer and 'colder' in plumage tones. It showed the full suit of id features, short primary projection, plumage tones, more obvious supercilium than Reed extending just past the eye, darker legs, yellow soles to the feet (just visible in my photo below), no warmth in upper or underparts - and of course it was singing on and off! A bedraggled Sedge Warbler in the same spot made it a 3 acro day!

On the way home I stopped quickly at Winks Meadow were I found 2 Frog Orchids (there are undoubtedly more), a lone Bee Orchid (a new site record for me) plus a few Pyramidal Orchids just starting to flower. 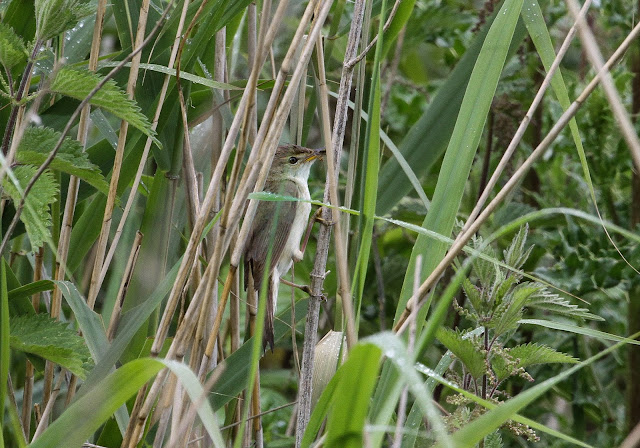 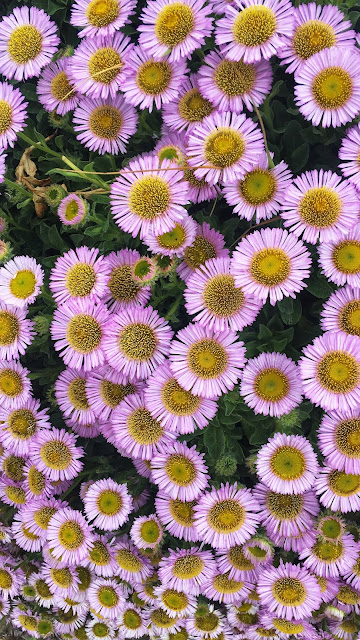 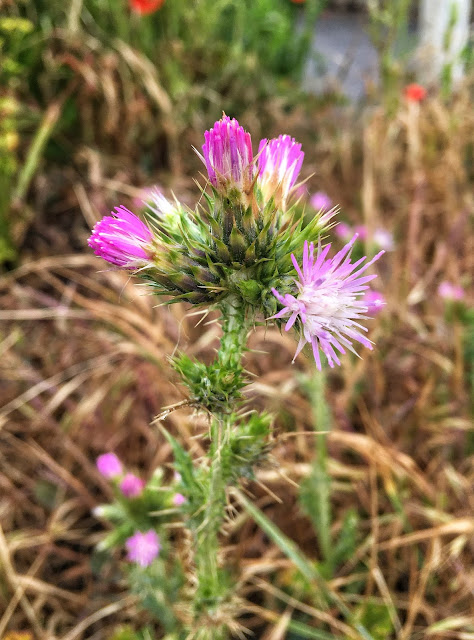 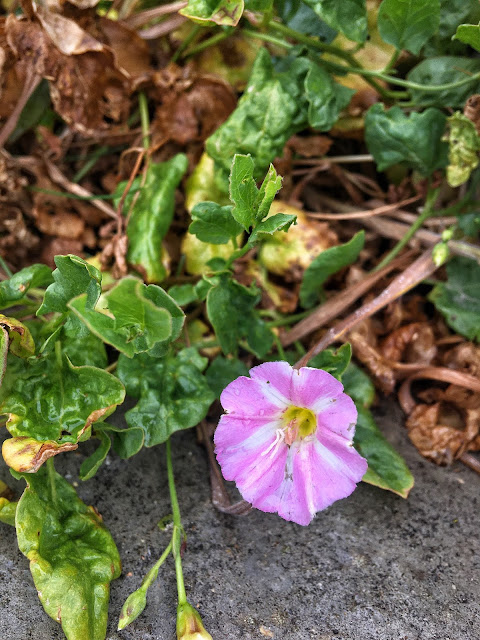 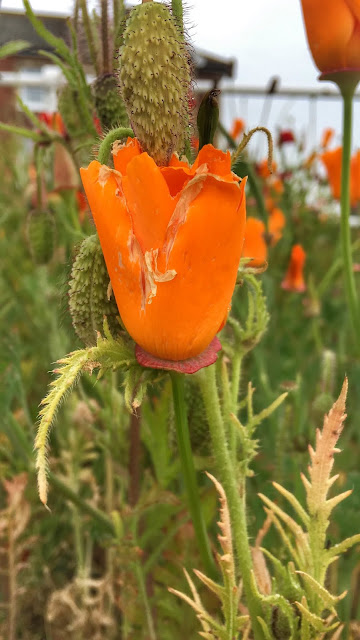 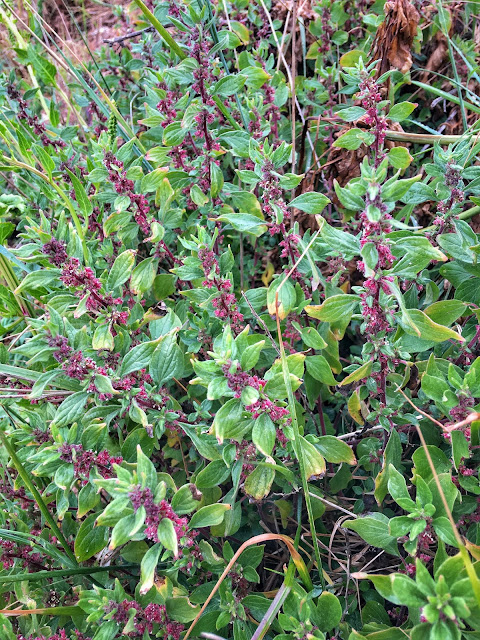 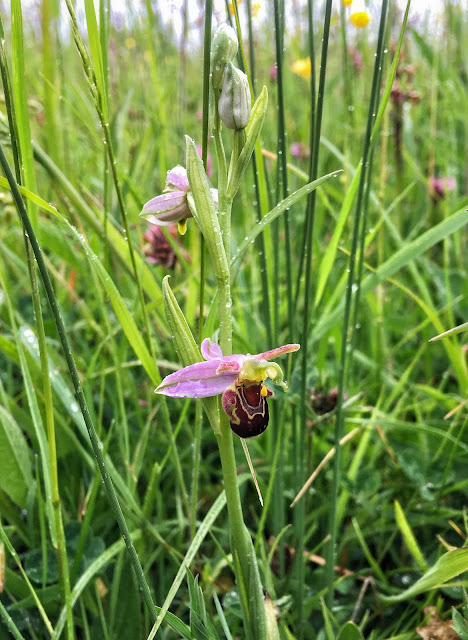 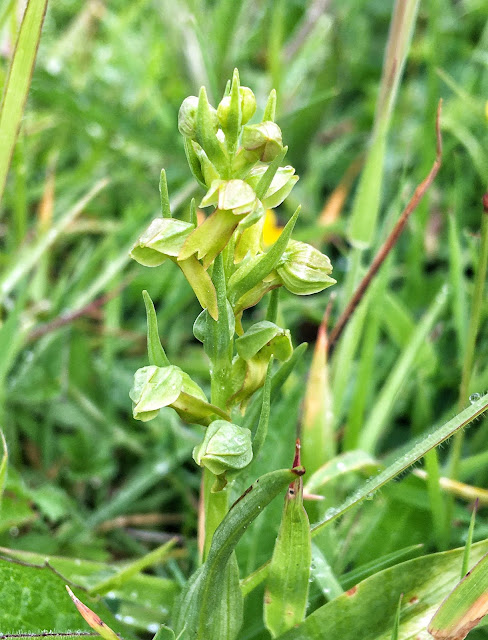 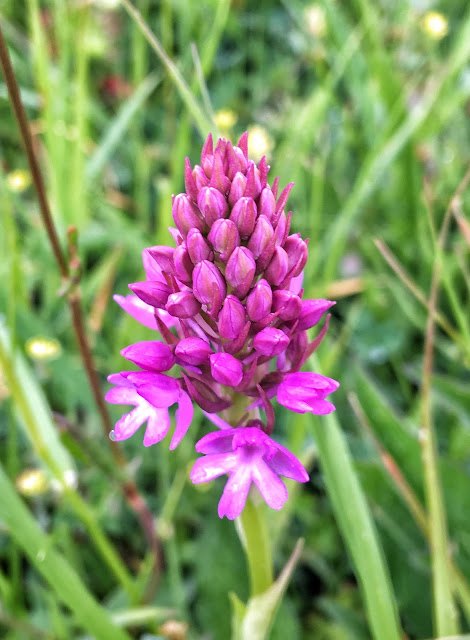 Pyramidal Orchid
Posted by Chris at 09:45