I spent a few hours (and walked a few miles!) at Breydon in the spring-like waether today and managed to winkle out a few goodies.
A Barn Owl near Bungay on the way started things off.
Despite a good long look with Peter Allard and another birder we failed to find the Richard's Pipits along the south wall although I did hear one very promising sounding call. A Peregrine flew over just as I arrived at the site near the windpump, 3 Stonechats, 1 Reed Bunting and then a nice male Bearded Tit showed nicely and a Cetti's Warbler was singing by the pumping station. The most noteworthy waders were an impressive c500 Avocets amongst even bigger numbers of Redshank, c30 Black-tailed Godwits and loads of Dunlin. On the walk back a Sparrowhawk was flushed from a bush and then 2 lovely Short-eared Owls sat staring at me in the horse paddock. No camera so the ropey shot below is phone-scoped. 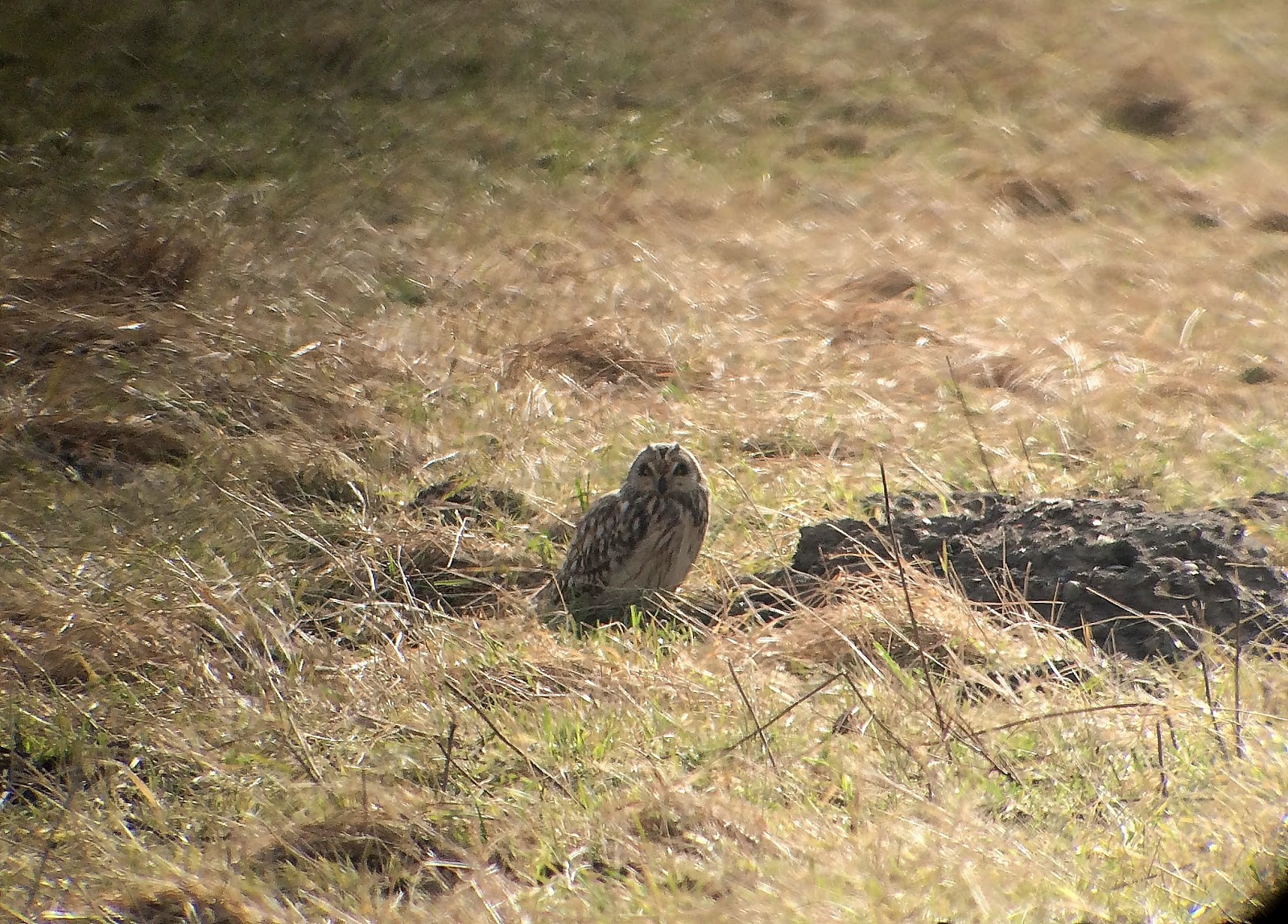 Round on the north side a group of c12 Twite were showing nicely on the saltings by the Asda carpark and with time to spare I opted for a hike along the north wall. 2 Common Buzzards were displaying, c2000 Pink-footed Geese grazing plus a big flock of Golden Plovers, the usual waders and a single Little Egret but no sign of Rough-legged Buzzard. Driving home along the A47 however I finally caught up with Rough-legged Buzzard as one flew low over the road right in front of me c1 mile east of Stracey Arms. 2 more Short-eared Owls were quartering a field and a Marsh Harrier circled making it a great way to end the day.
Posted by Chris at 18:19