We'd stayed overnight in a room at the Baobolong Camp in Georgetown with a room right beside the Gambia River. After breakfast (and Pied Kingfisher and Yellow-crowned Gonolek) and a bit of a delay while Ebrima's vehicle had a logo painted on the back we departed to make our way to our first destination of the day Bansang Quarry. We were distracted on the way by a perched African Hawk Eagle which on closer inspection turned out to be 2. 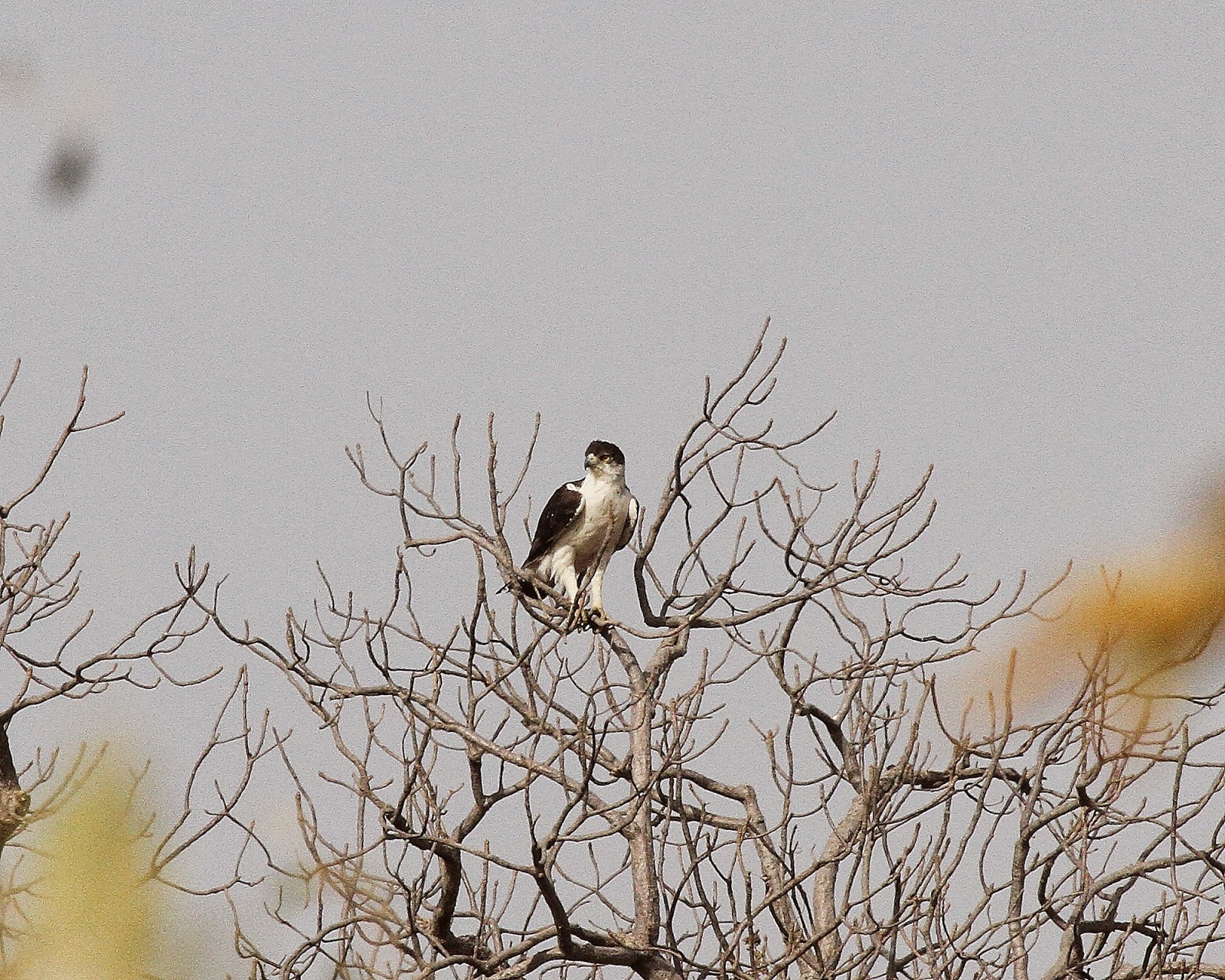 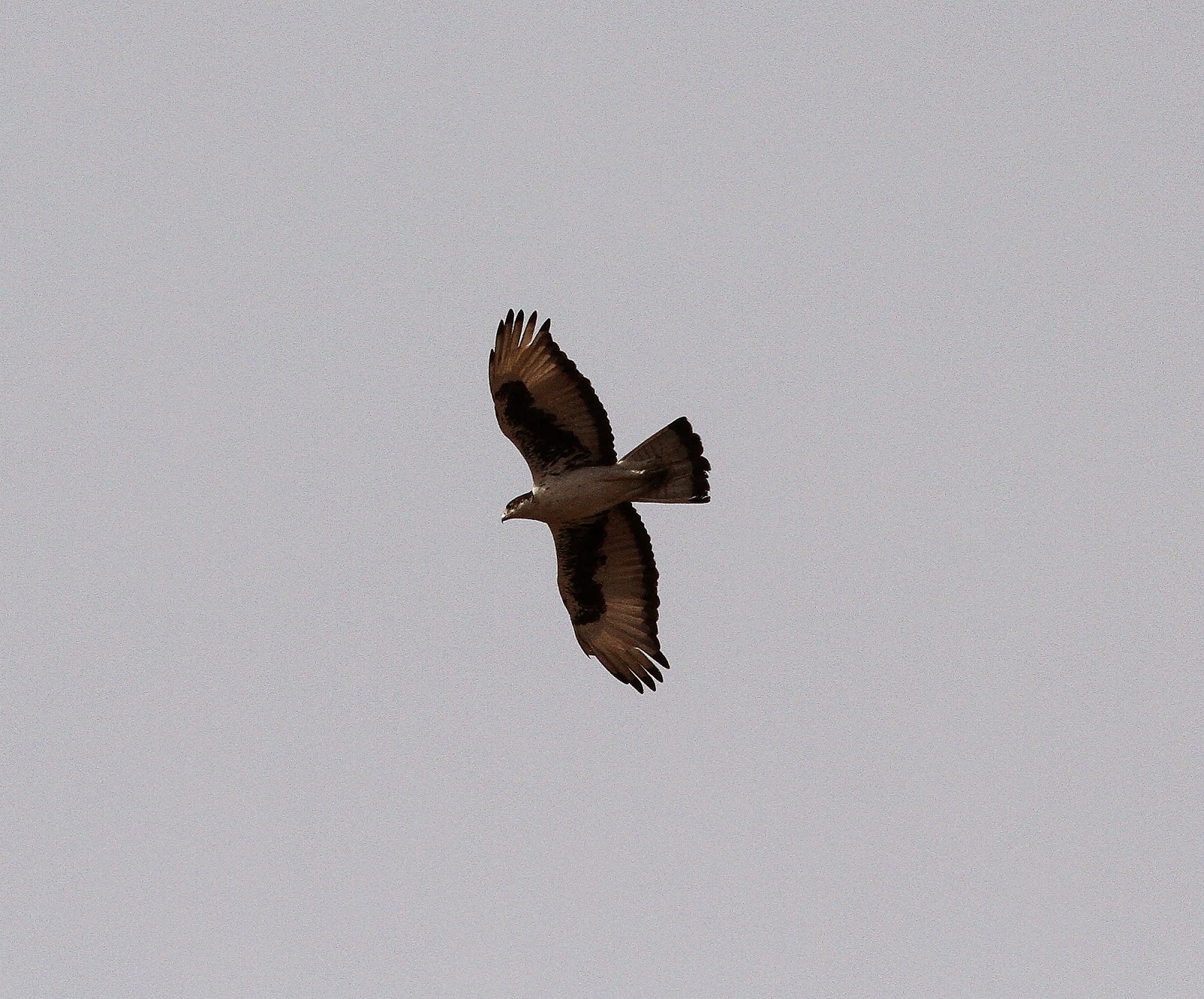 Arriving at Bansang Quarry it wasn't long before we located the target species - Red-throated Bee-eater which have a breeding colony here. We saw at least 20 of these beauties plus a few other goodies into the bargain - Several Bush Petronias and Cinnamon-breasted Buntings plus loads of Northern Red Bishops and Red-billed Quelea, 2 Cut-throat Finches and a curious transitional male Exclamatory Paradise Whydah. 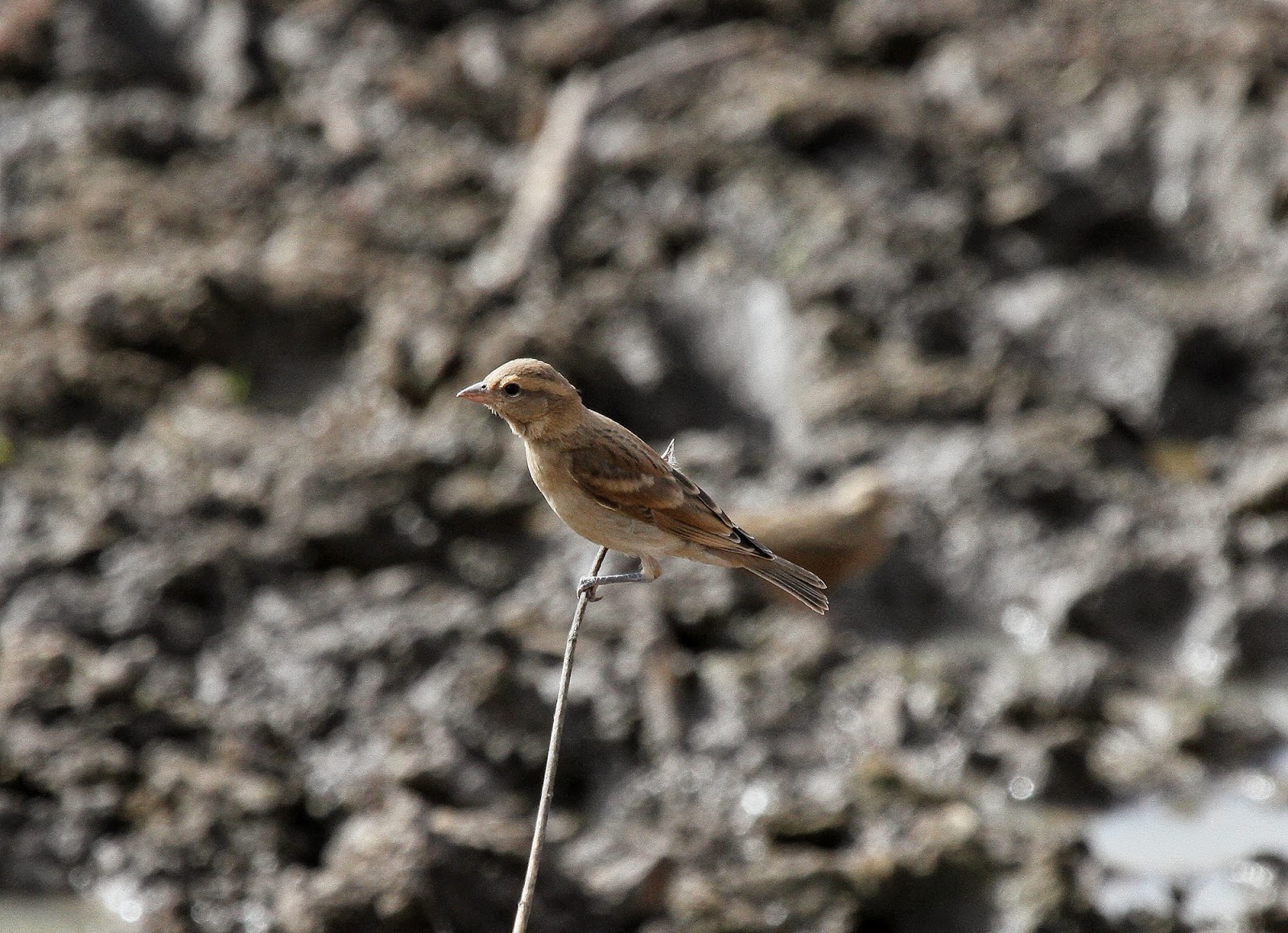 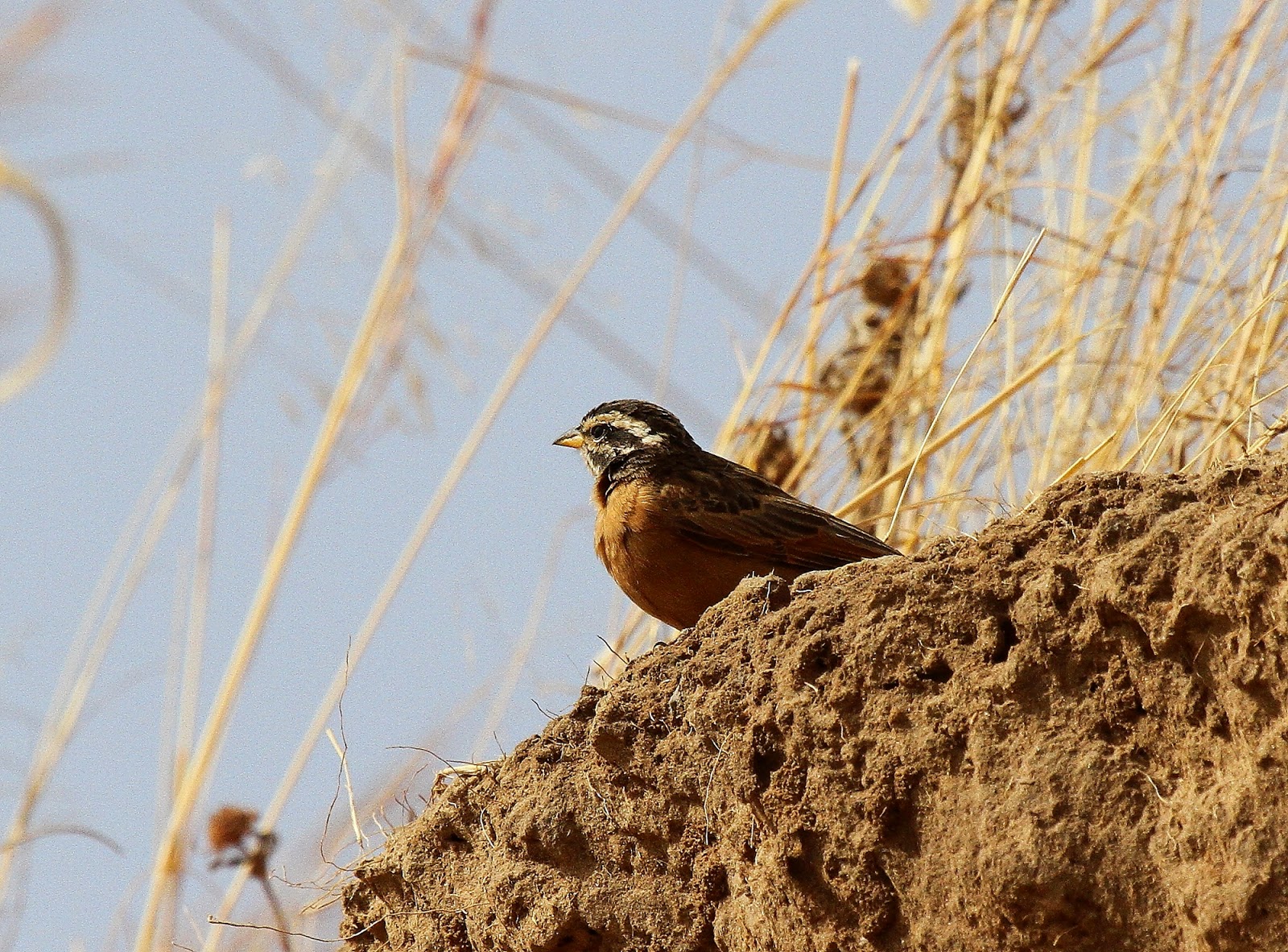 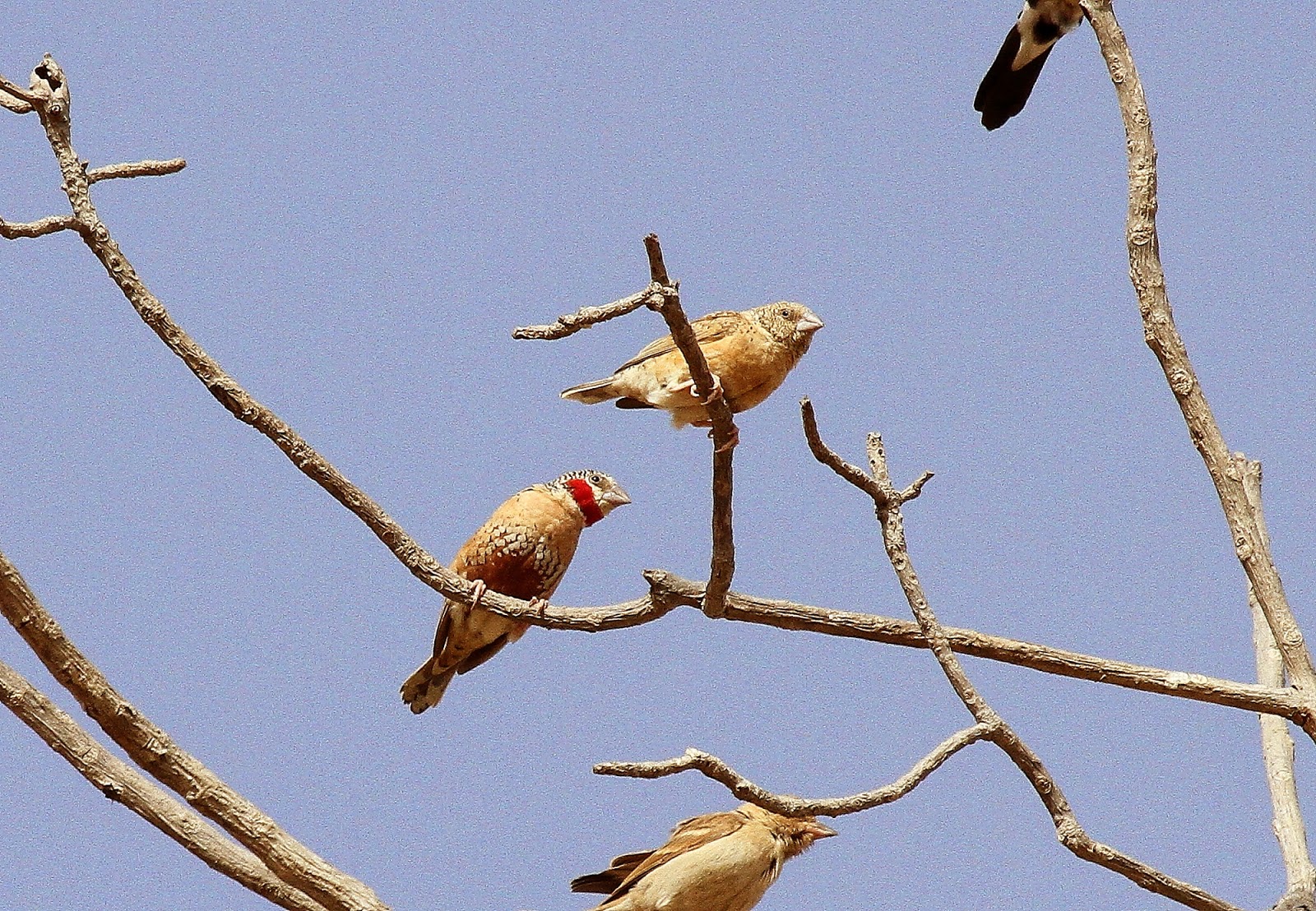 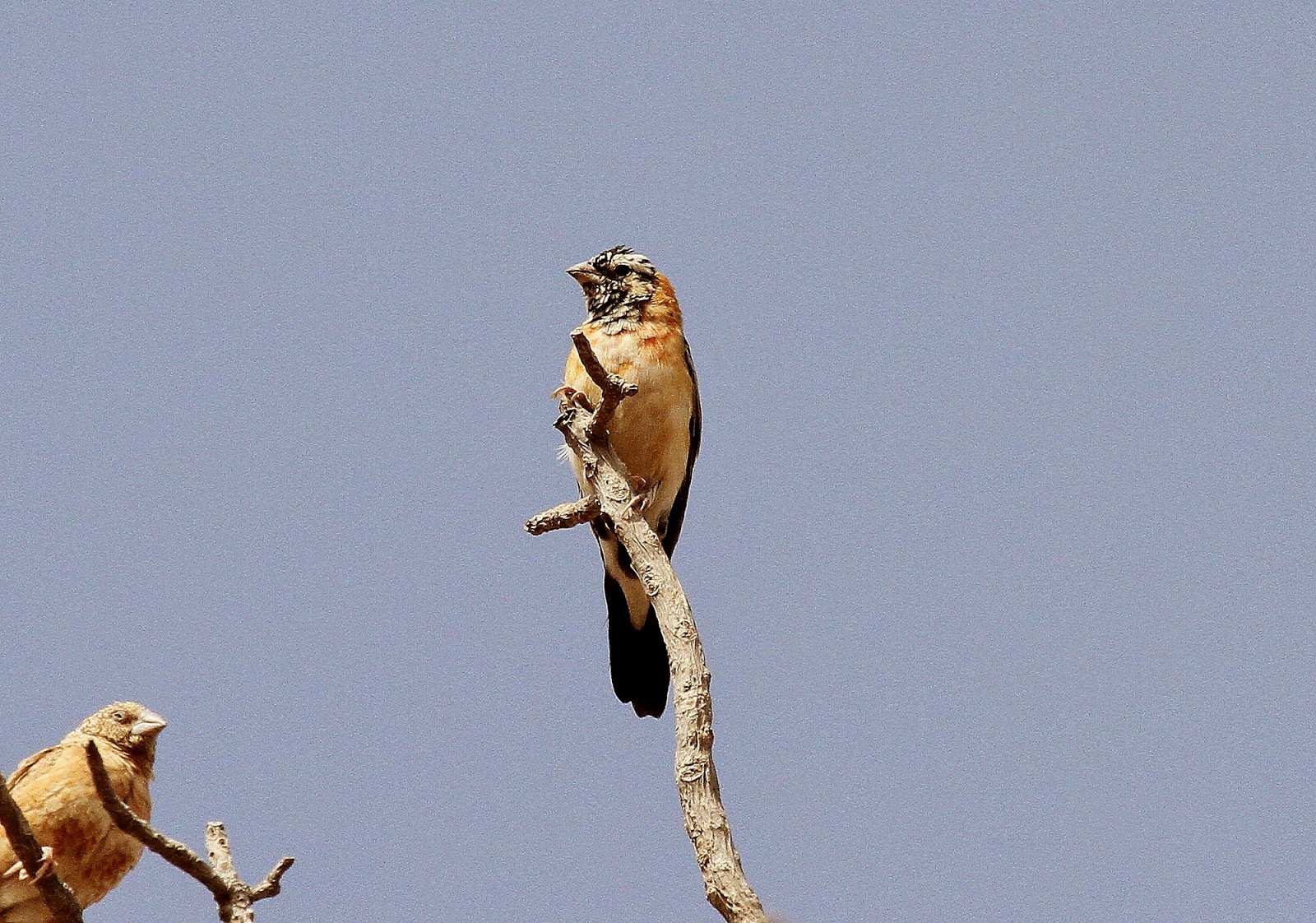 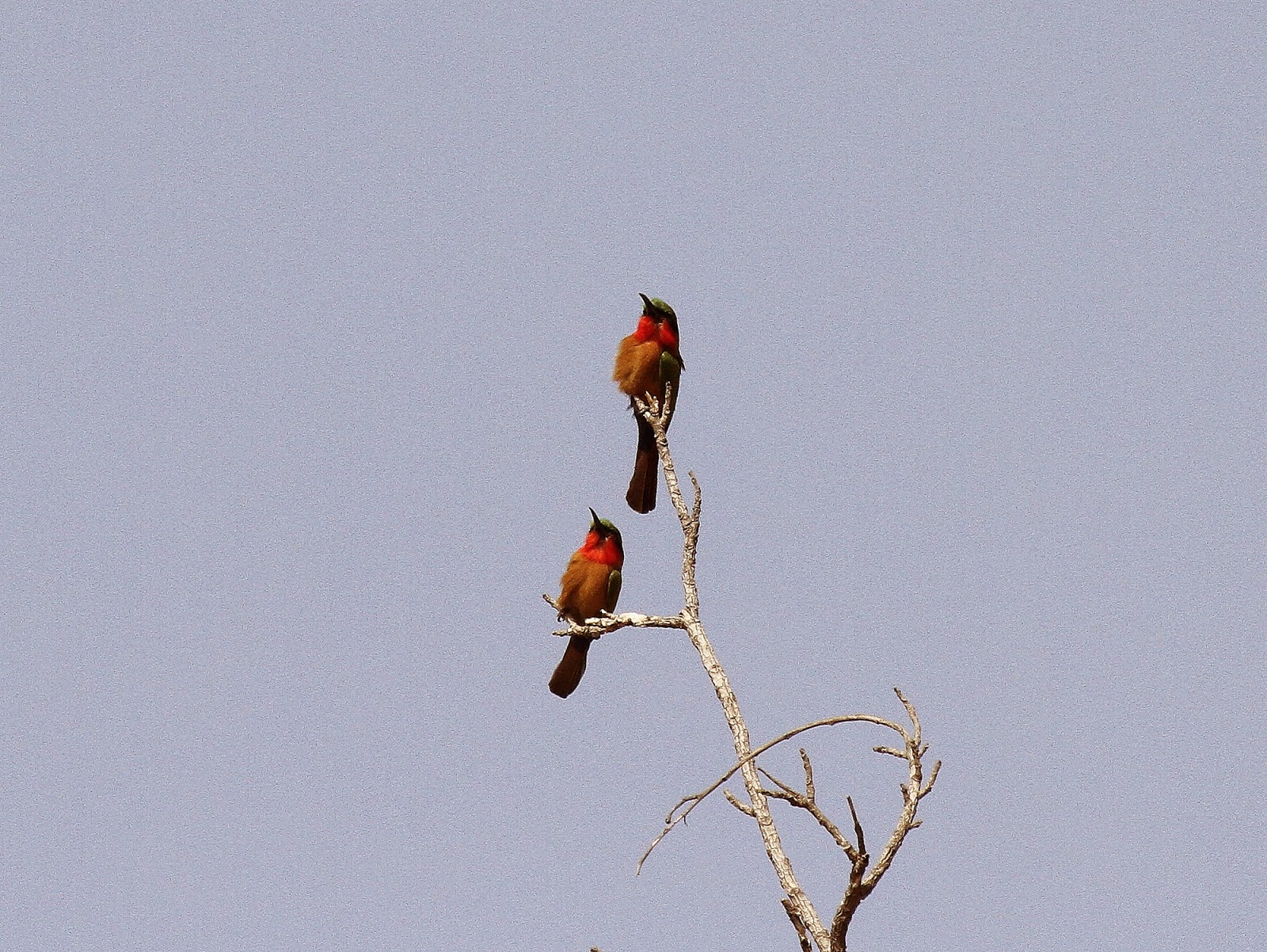 Leaving the quarry we headed back westwards on our gradual trundle back towards the coast. It wasn't long before the car squealed to a halt with a 'fuck' from Ebrima and within seconds we were feasting our eyes upon a real mega as a White-headed Vulture circled over the road. This endangered species was a real surprise. A less exciting Griffon Vulture was also at the same spot before we moved on to the village of Fula Bantang where nesting Marabou Storks are easy to come by in roadside trees. A Grey Kestrel shared the same tree and then a kettle of White-backed Vultures circled high over. 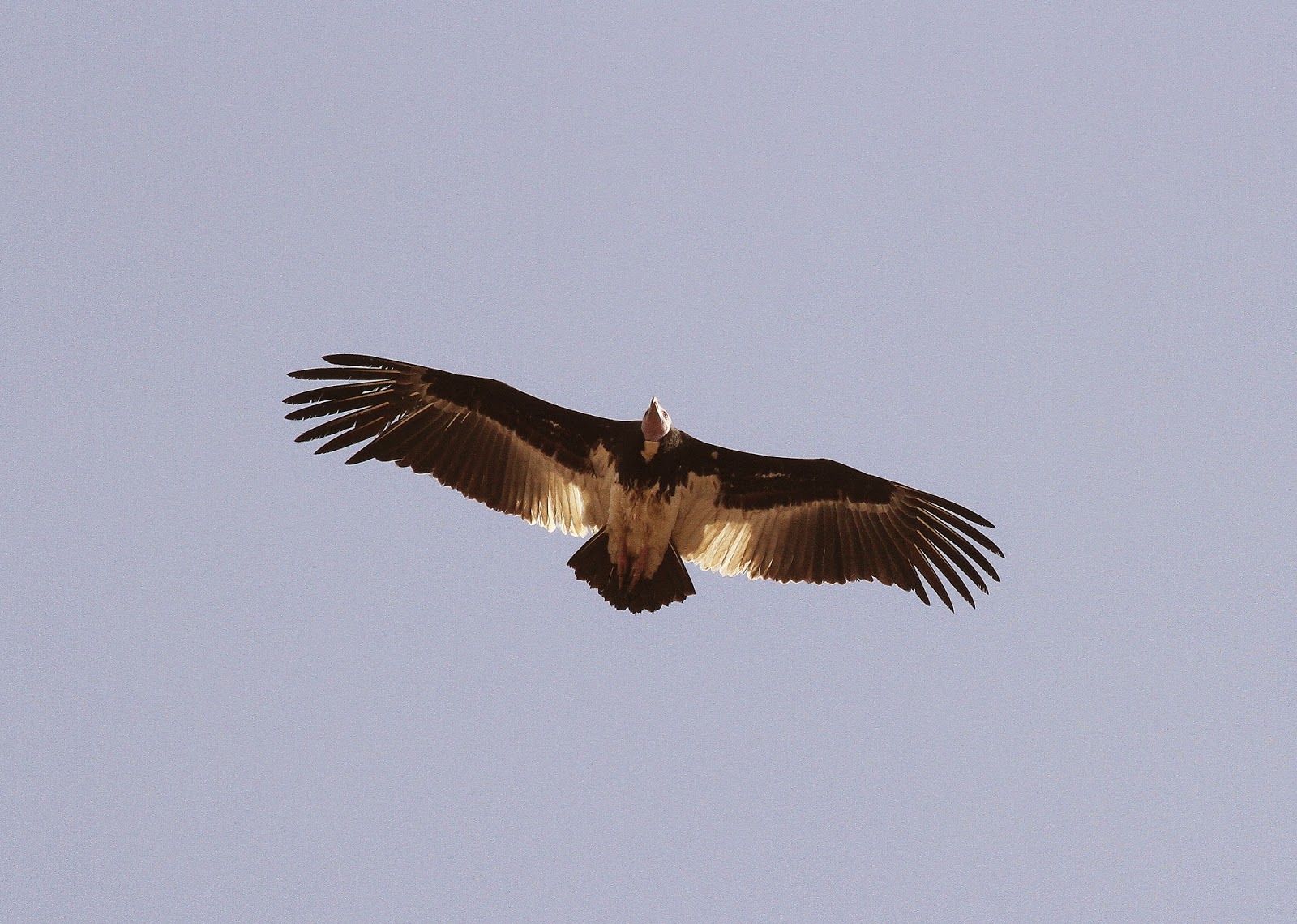 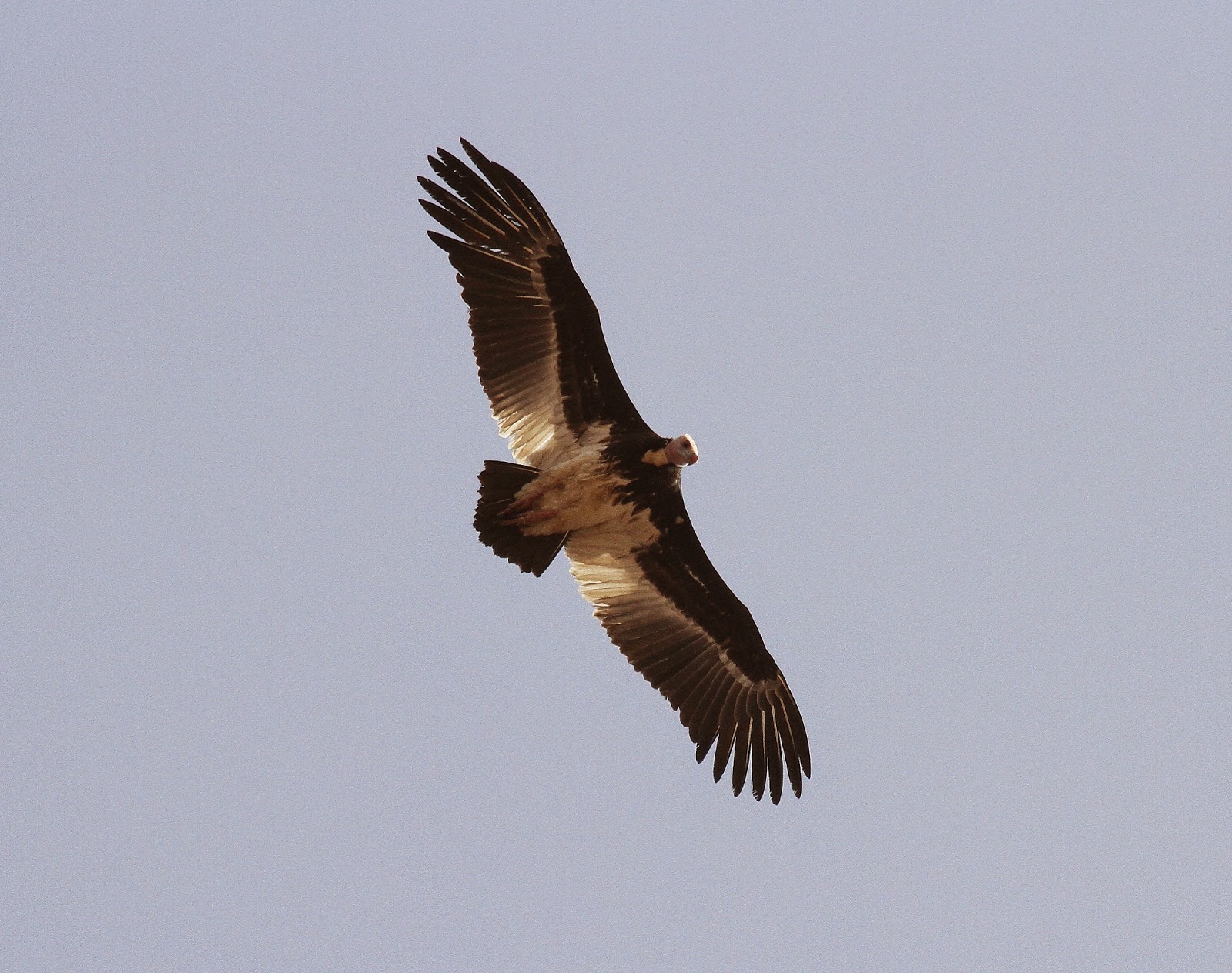 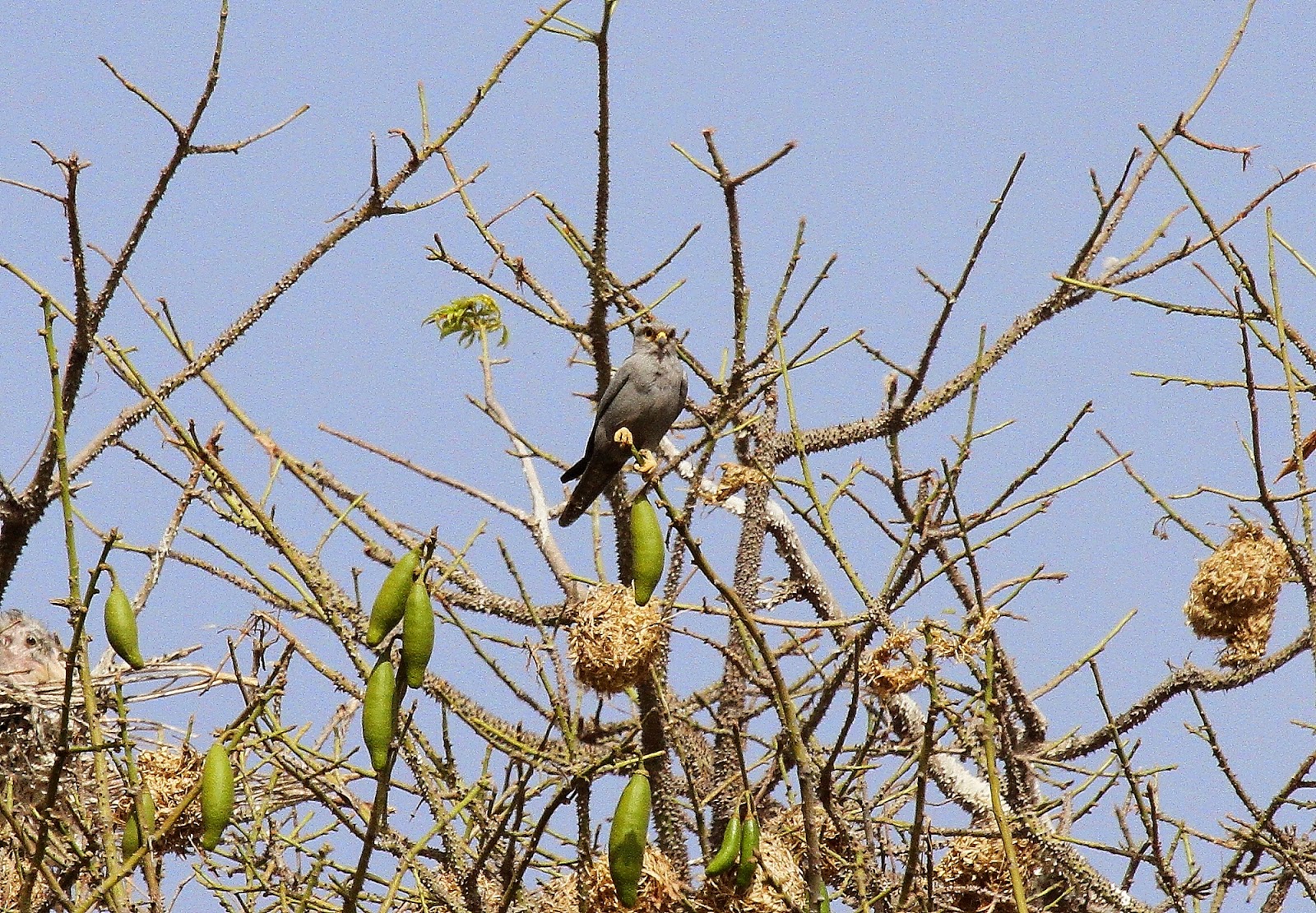 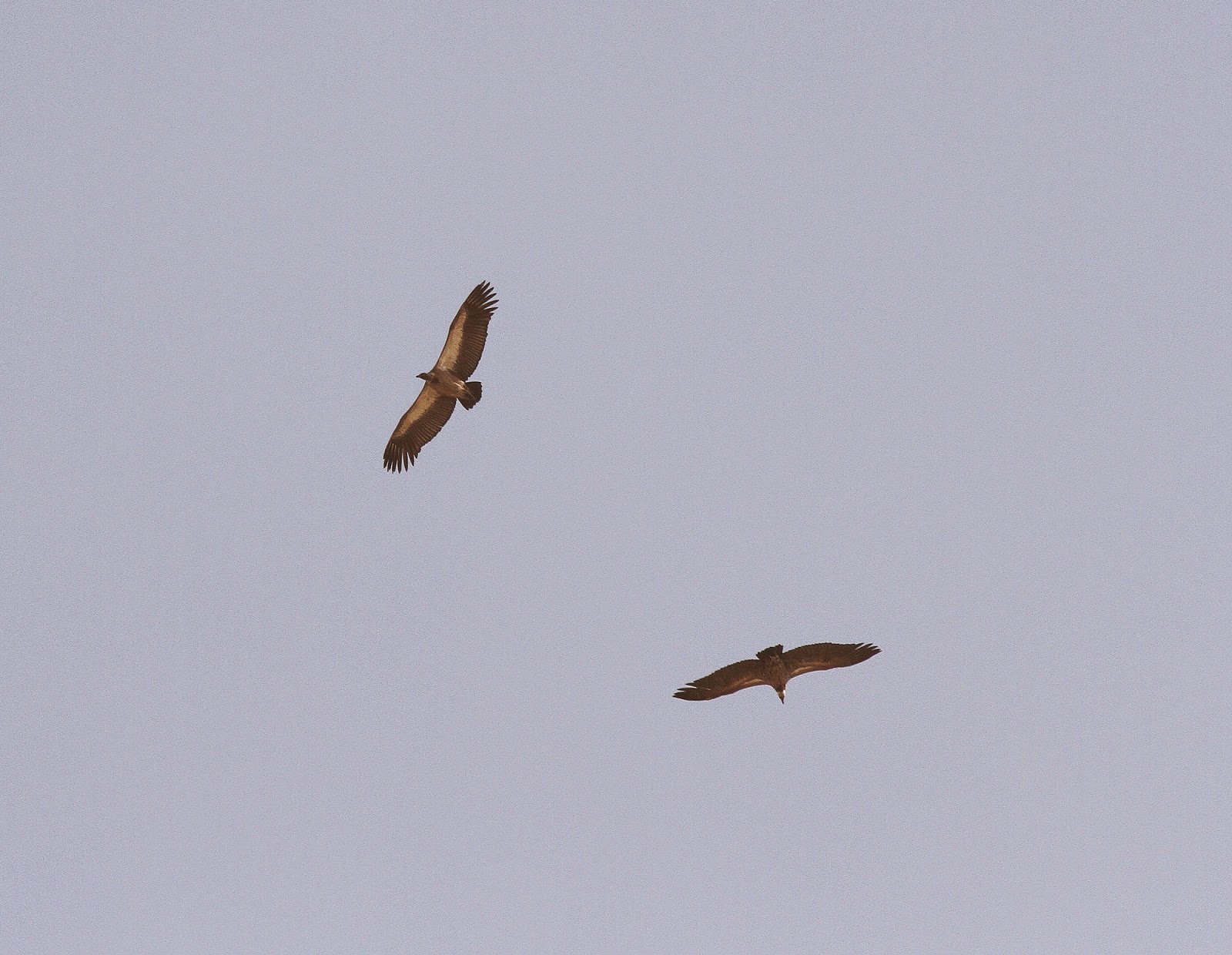 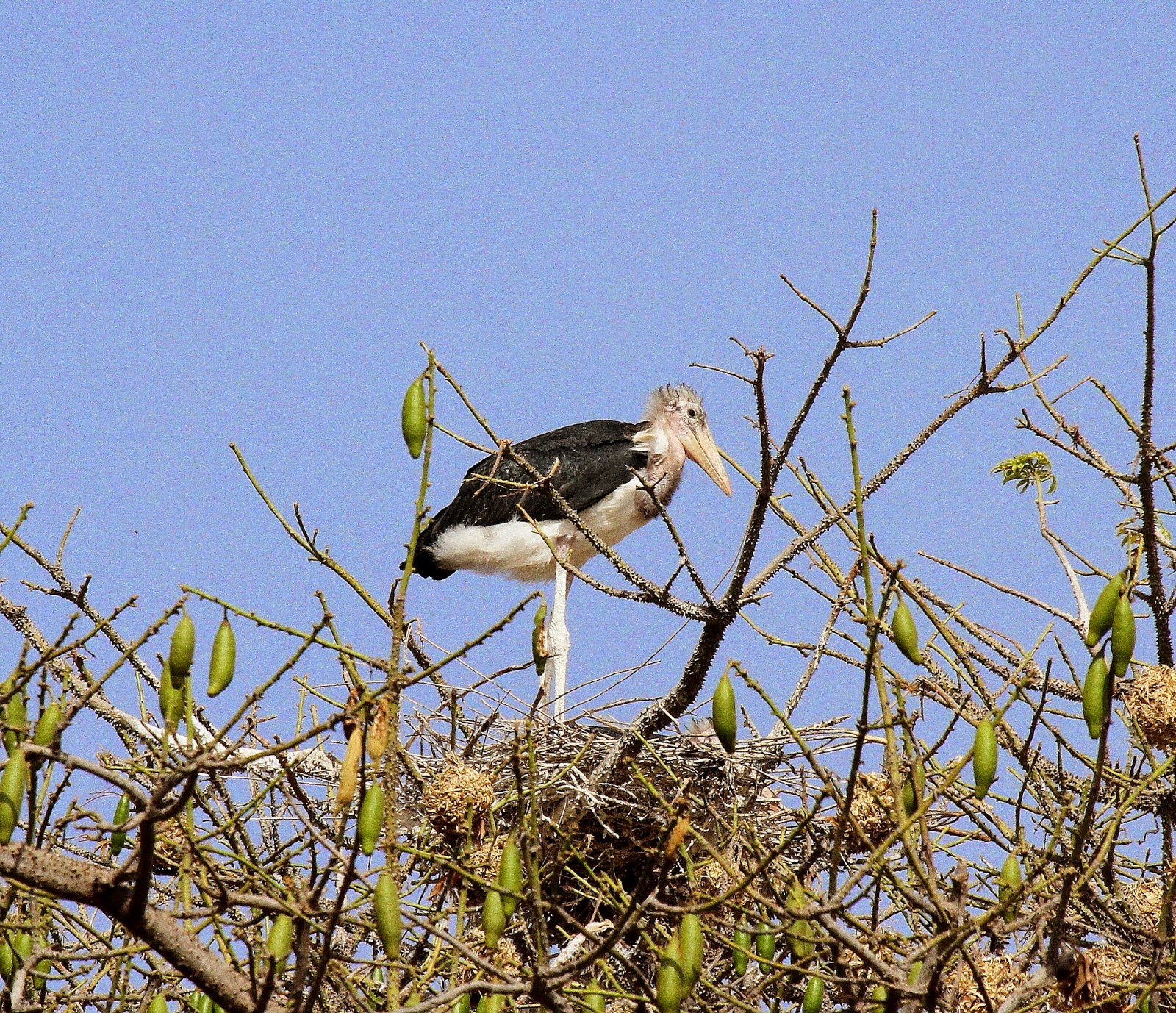 Moving on to the nearby village of Brikama Ba we were escorted over to lone tree which held a roosting Verreaux's Eagle Owl staring down at us with it's distinctive pink eyelids! 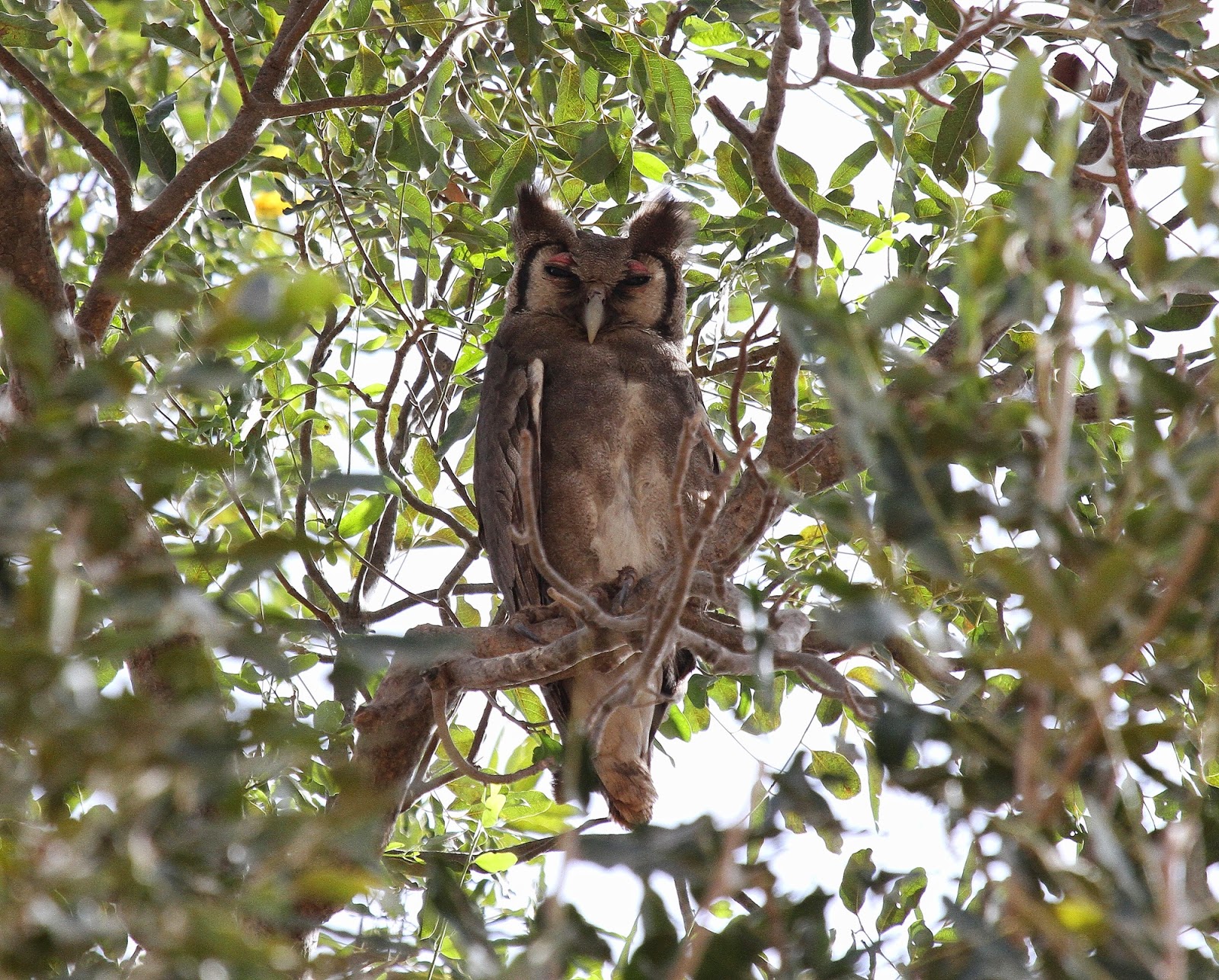 For the next few hours we drove back west towards the coast with a few nice birds being seen en-route. Best of all were a total of 3 Bataleurs but we also saw African Harrier Hawk, 2 Dark Chanting Goshawks, Shikra, 2 African Grey Hornbills, 2 Rufous-crowned Rollers, litteraly dozens of Abyssinian Rollers, Chestnut-backed Sparrow-lark, Black-headed Weaver, 2 Common Redstarts, 2 Fork-tailed Drongos and a very welcome lifer as 2 Bearded Barbets flew along a line of bushes by the road. 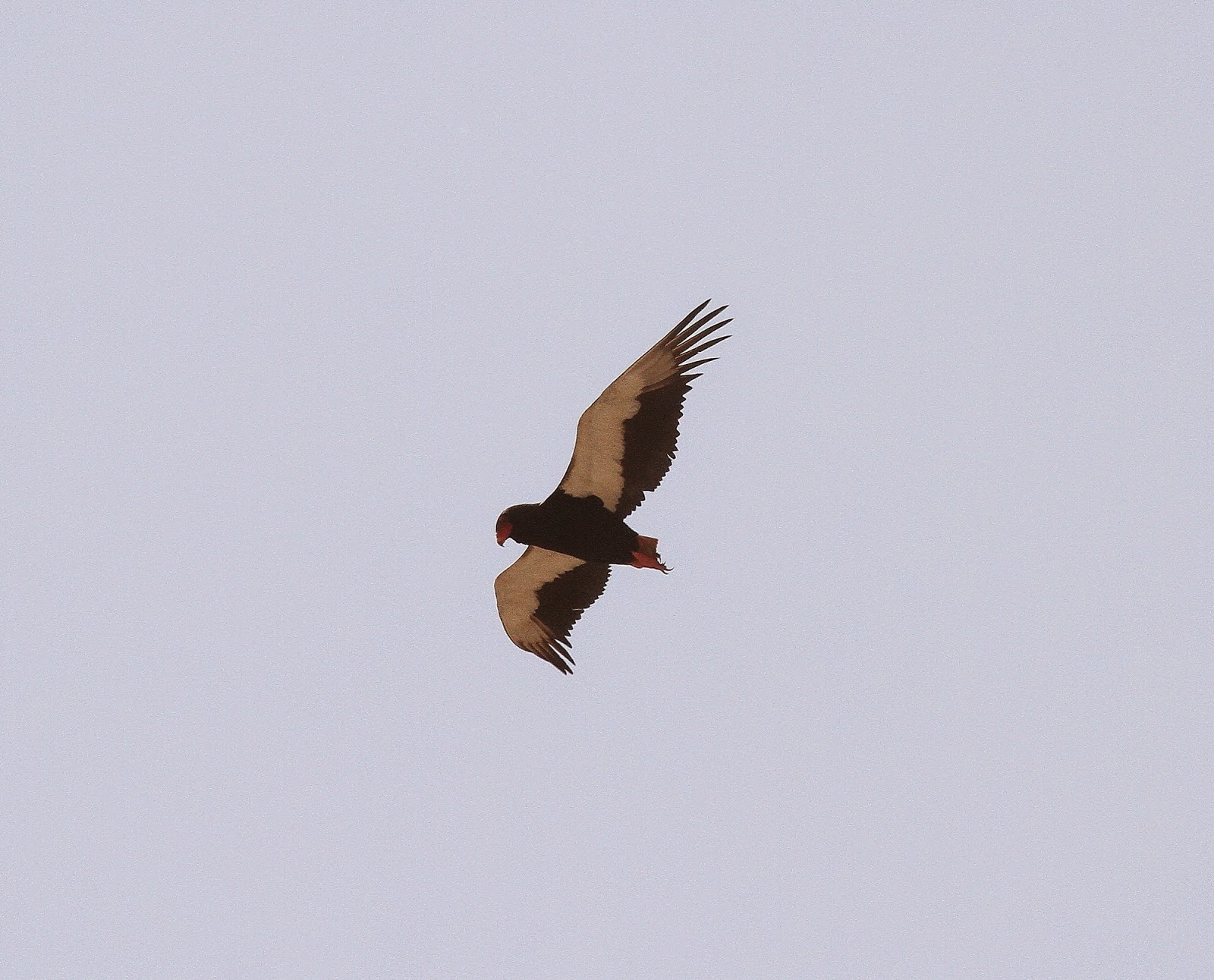 We were making good time on the journey back so I managed to persuade Ebrima that we had plenty of time for a re-visit to Farasutu Forest which we'd particularly enjoyed 2 days previously. It proved a good call because in just an hour it came up trumps with some much sought after birds. Initially just by the gate a Brown-throated Wattle-eye showed briefly but nicely as we made our way to the small feeding/drinking station. There was nothing too stupendous here but a chance to sit down and watch Blue-spotted Wood-dove, Black-necked Weavers, Yellow-fronted Tinkerbird, Black-rumped Waxbill and Red-cheeked Cordon-bleu. A walk through the forest livened things up a notch with White-crowned Robin-chat, a couple of African Thrushes, Red-bellied Paradise Flycatcher and nice views of the elusive Grey-headed Bristlebill. The reserve guide then came up trumps as he located a roosting African Wood Owl high in the trees in a dark enclosed area of woodland. What a beauty! Things hadn't finished yet though as Ebrima grabbed my arm and pointed out a Spotted Honeyguide perched at head height on a think vine. Now this is a very hard bird to get in the Gambia! We wandered out to the ponds at the rear of the forest to see Giant Kingfisher, 2 huge Nile Crocodiles, loads of Senegal Thicknees and Wattled Plover before ambling back through the woods. The visit still had 2 stings in its tail though as first we spotted 2 Ahanta Francolins moving quietly along the forest floor before 3 Stone Partridges exploded from beside the track! Both lifers for me. 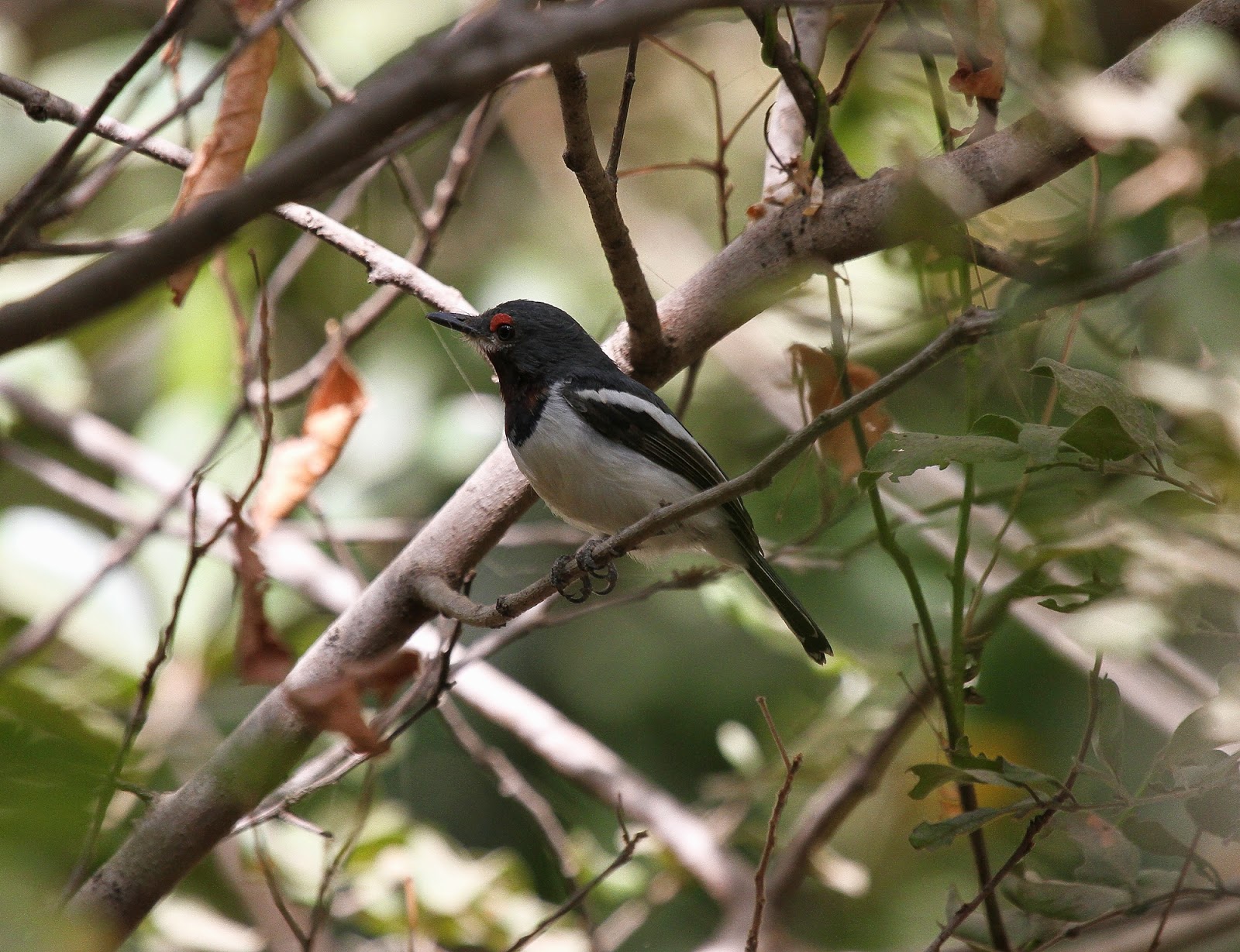 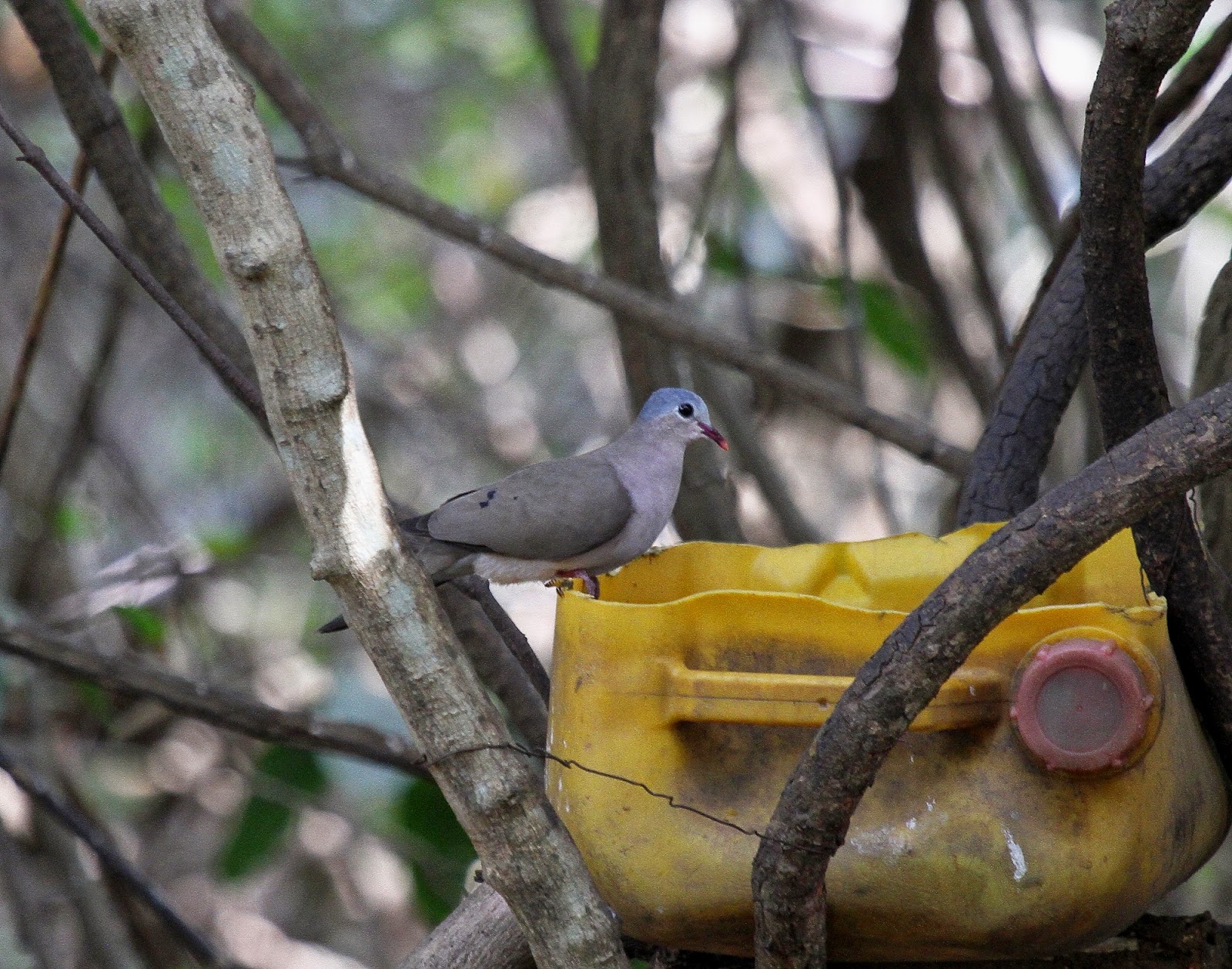 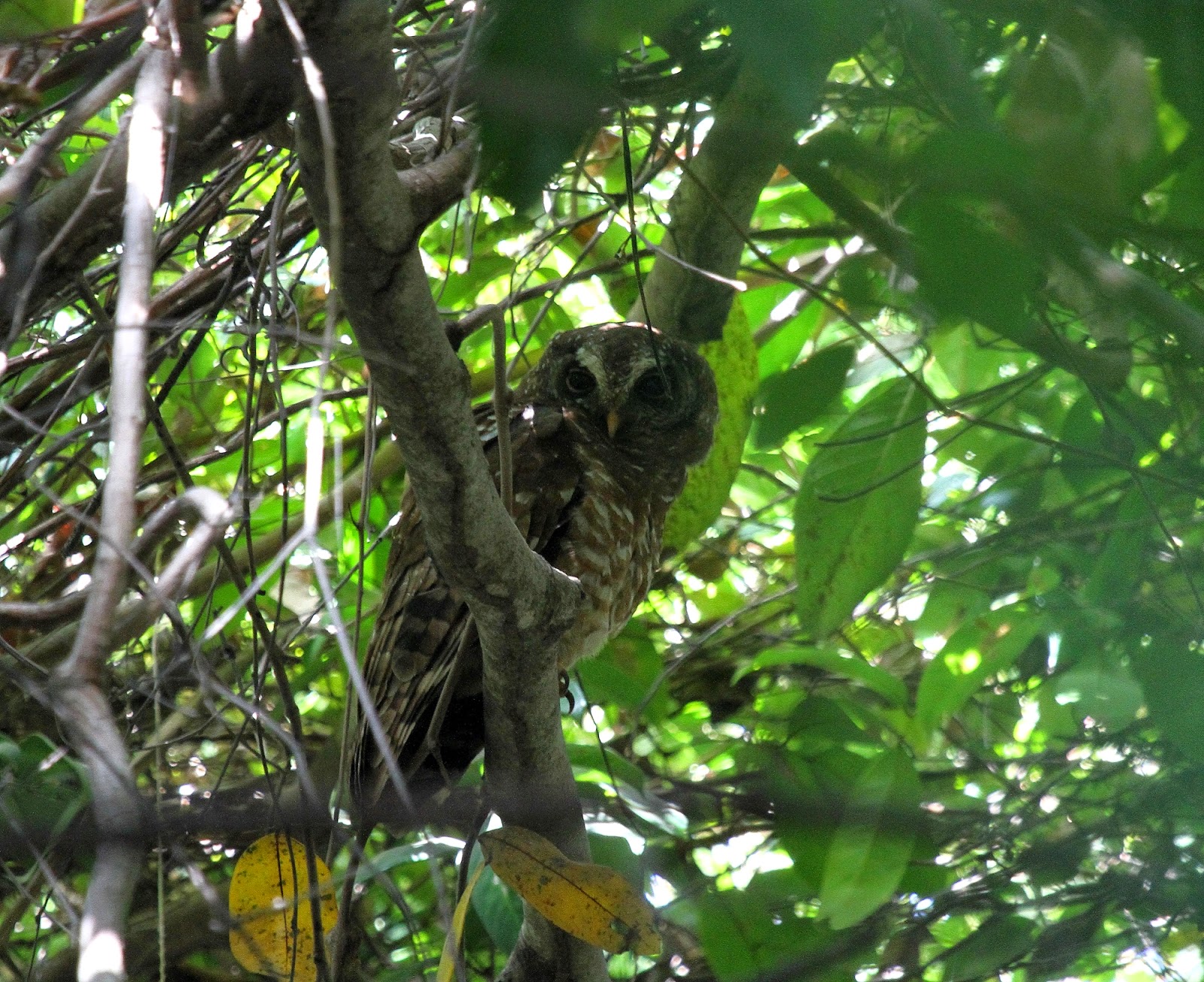 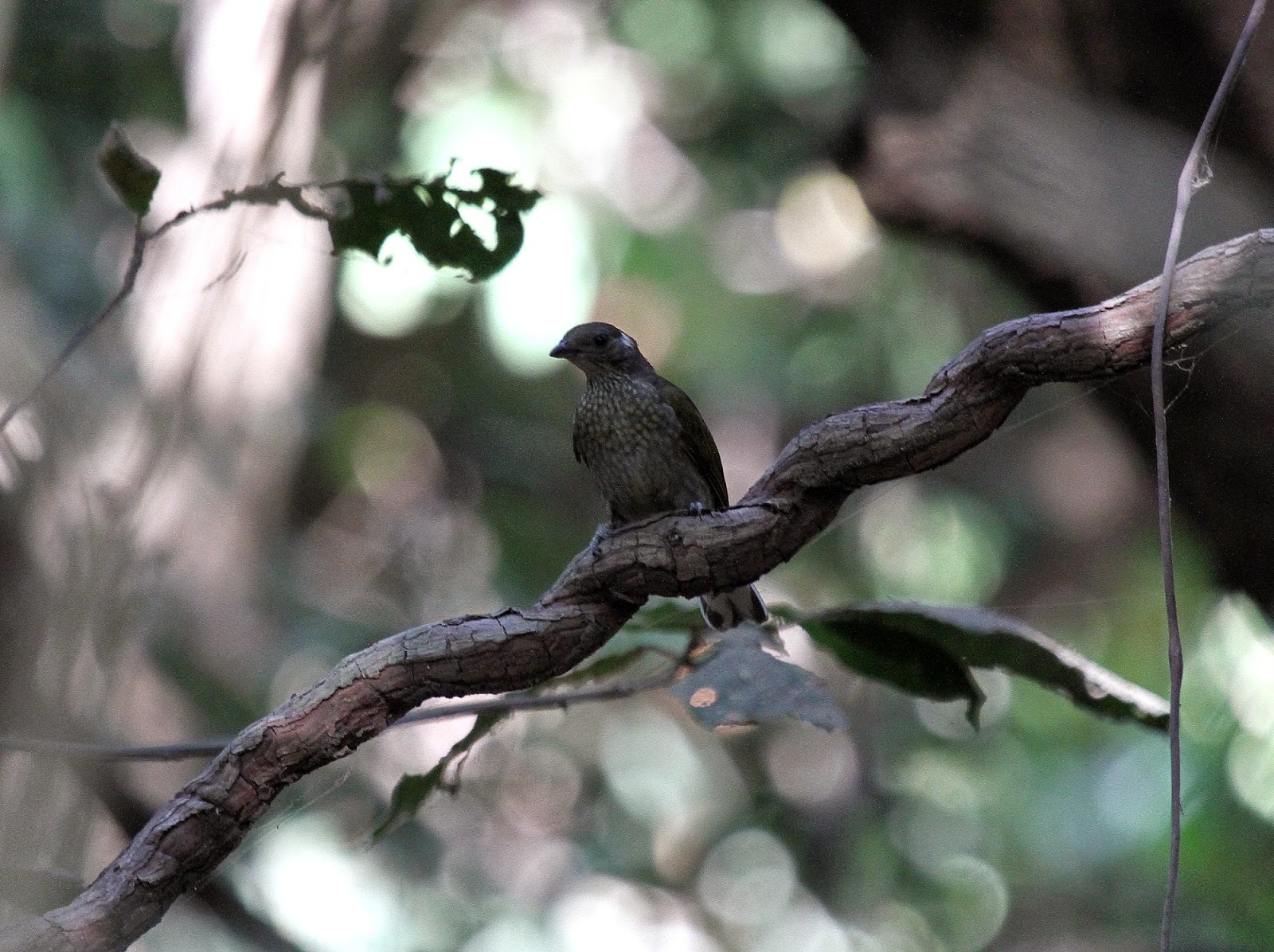 Dropping us off back at the Palm Beach Ebrima offered us a discount on a half days guiding to Tujereng Woods the following morning. As this site holds a number of new birds for me it would have been rude to say no...!
Posted by Chris at 10:32