After checking out at Tendaba Camp we headed east to the ferry crossing point to get to the north bank of the Gambia River. Thanks to Ebrima's 'negotiating' (or should that be bribery!) skills we managed to jump the queue at this mega busy bottleneck and get over on the vehicle ferry with a delay of only about an hour. That hour was put to good use birding though with 2 Intermediate Egrets on the river bank, Red-rumped Swallows and House Martins overhead and both Palm Nut Vulture, Caspian Terns and a Gull-billed Tern over the water. Best of all however was a fly-over African Spoonbill, my first lifer of the day!

Once on the north bank we headed east once more and made our stop at the arid desert-like fields at Ngeyen where we found our target bird after a brief search - Temminck's Coursers. In all we had 4 birds here with several Northern Wheatears, a Woodchat, a flock of Yellow-crowned Bishops, a ringtail Montagu's Harrier, Grasshopper Buzzard, 2 European Bee-eaters and then a very welcome addition - 3 Chestnut-backed Sparrow-larks. 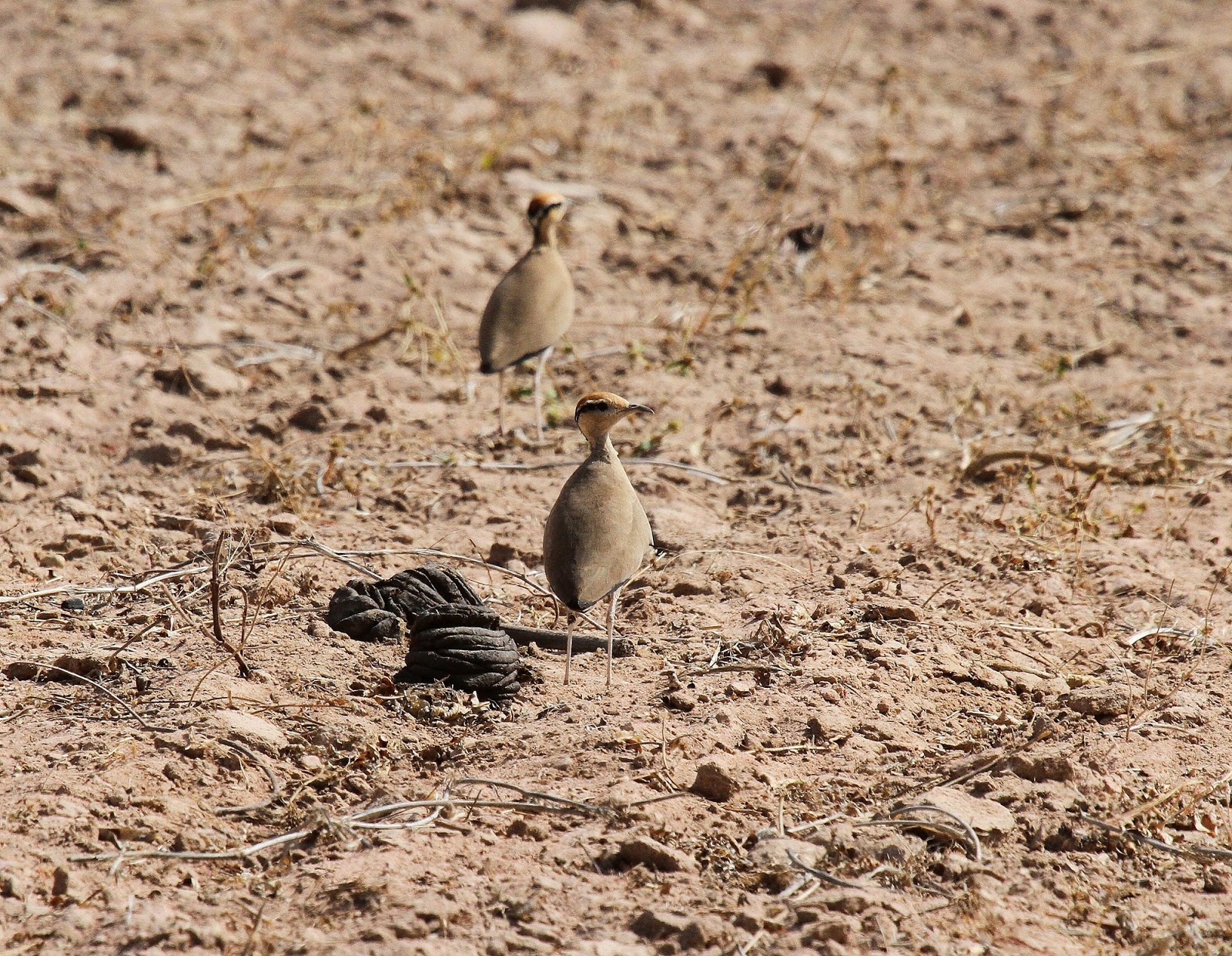 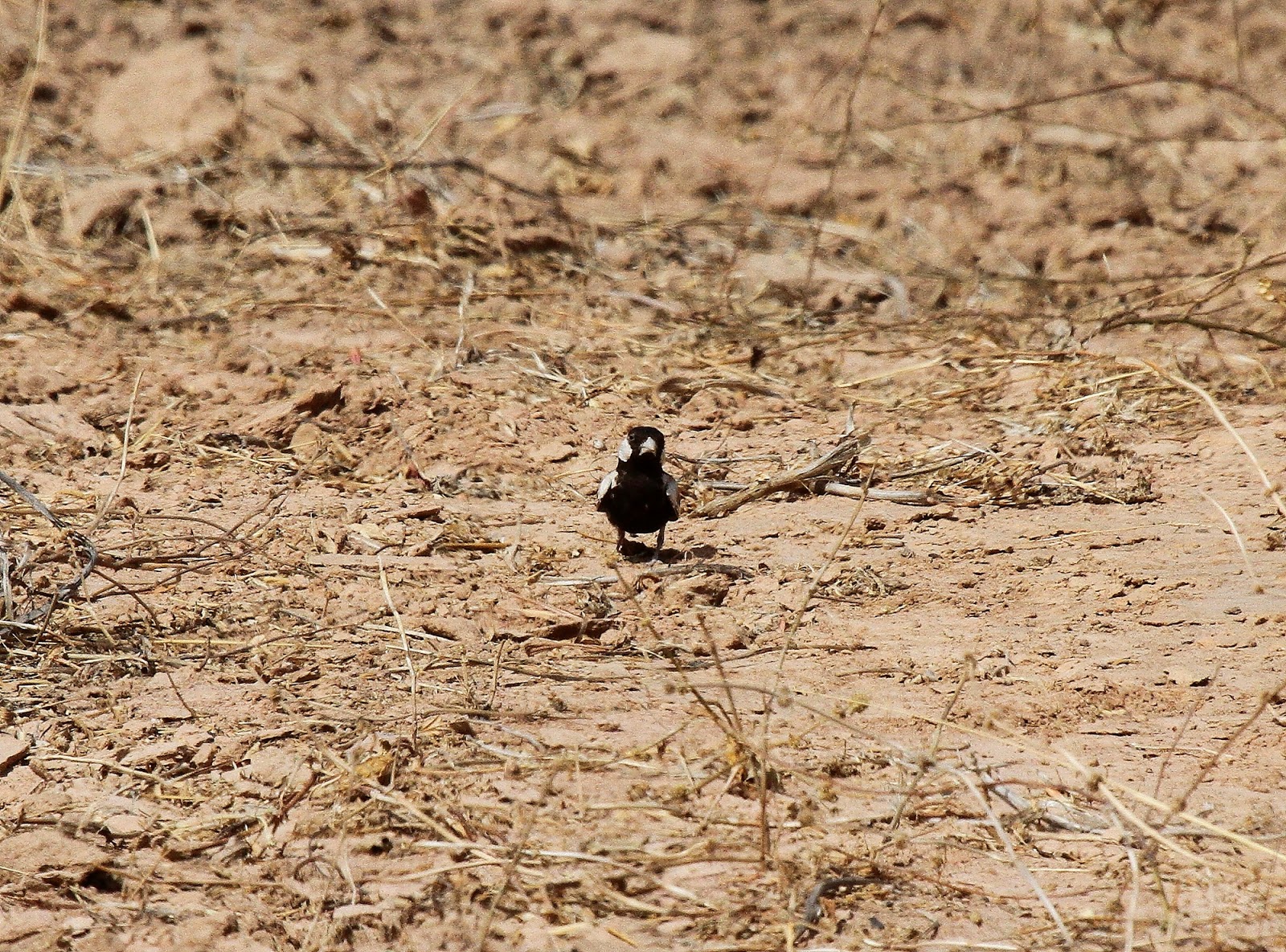 Next up was another roadside stop at a waterhole at KM21 (see the Gosney guide). We gave this spot about 20 minutes during which time the numerous Namaqua Doves were joined by 2 Blue-spotted Wood-doves, loads of Red-billed Quelea, Northern Red Bishops and Black-winged Red Bishops coming to drink while a Beaudouin's Snake Eagle flew over. 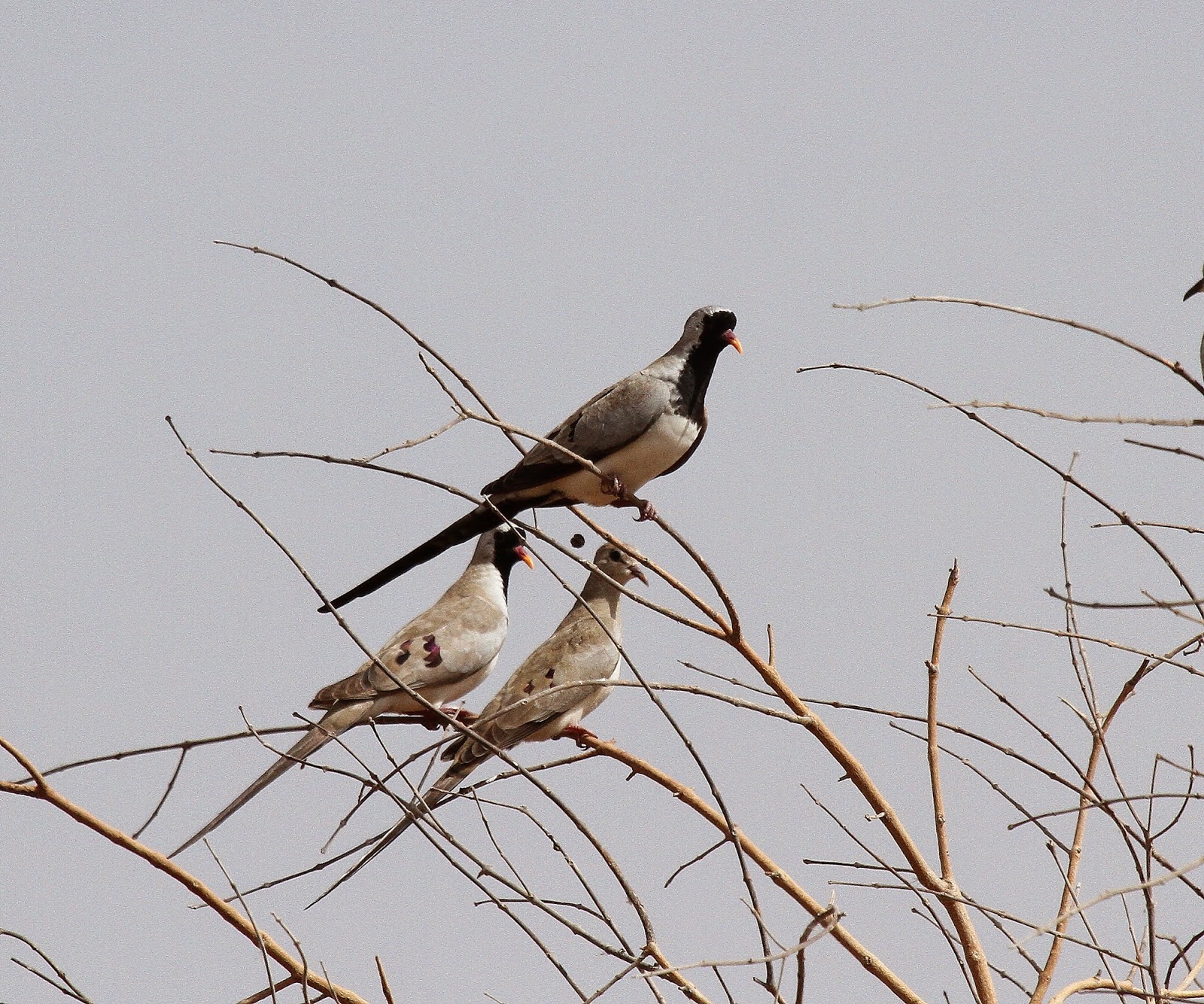 A partially wooded lake at Kaur Wetlands was our lunchtime spot and what it was a lunch I'll not forget in a hurry! Ebrima was intently scanning the shore of the lake but after about 10 minutes I got onto what he was looking for - 2 Egyptian Plovers - boom! This is THE species everyone wants to see up river but by late January they are very difficult as the numbers have dropped to nearly nothing. I'd never thought this species was a realistic possibility but what do I know! The tree surroujnding the lake held hundreds if not thousands of Namaqua Doves but the other star was a splendid male Exclamatory Paradise Whydah which posed nicely in a tree top. Several Long-tailed Glossy Starlings were knocking about as were 4 Black-winged Stilts, 1 Wood Sandpiper and a group of Cattle Egrets. A scan of the tree then revealed several Black-rumped Waxbills and Red-cheeked Cordon-bleu plus some nice views of a Western Olivaceous Warbler. 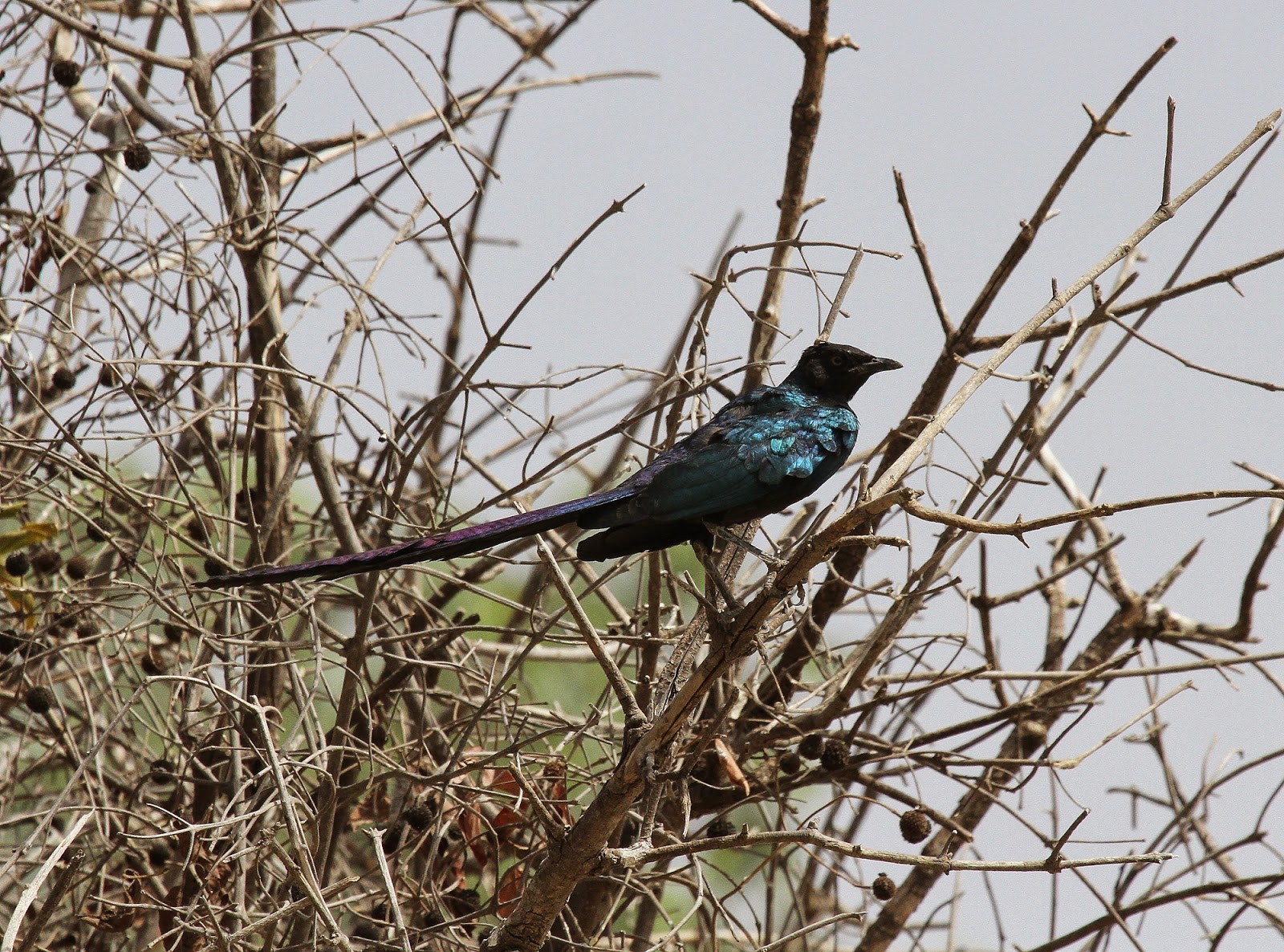 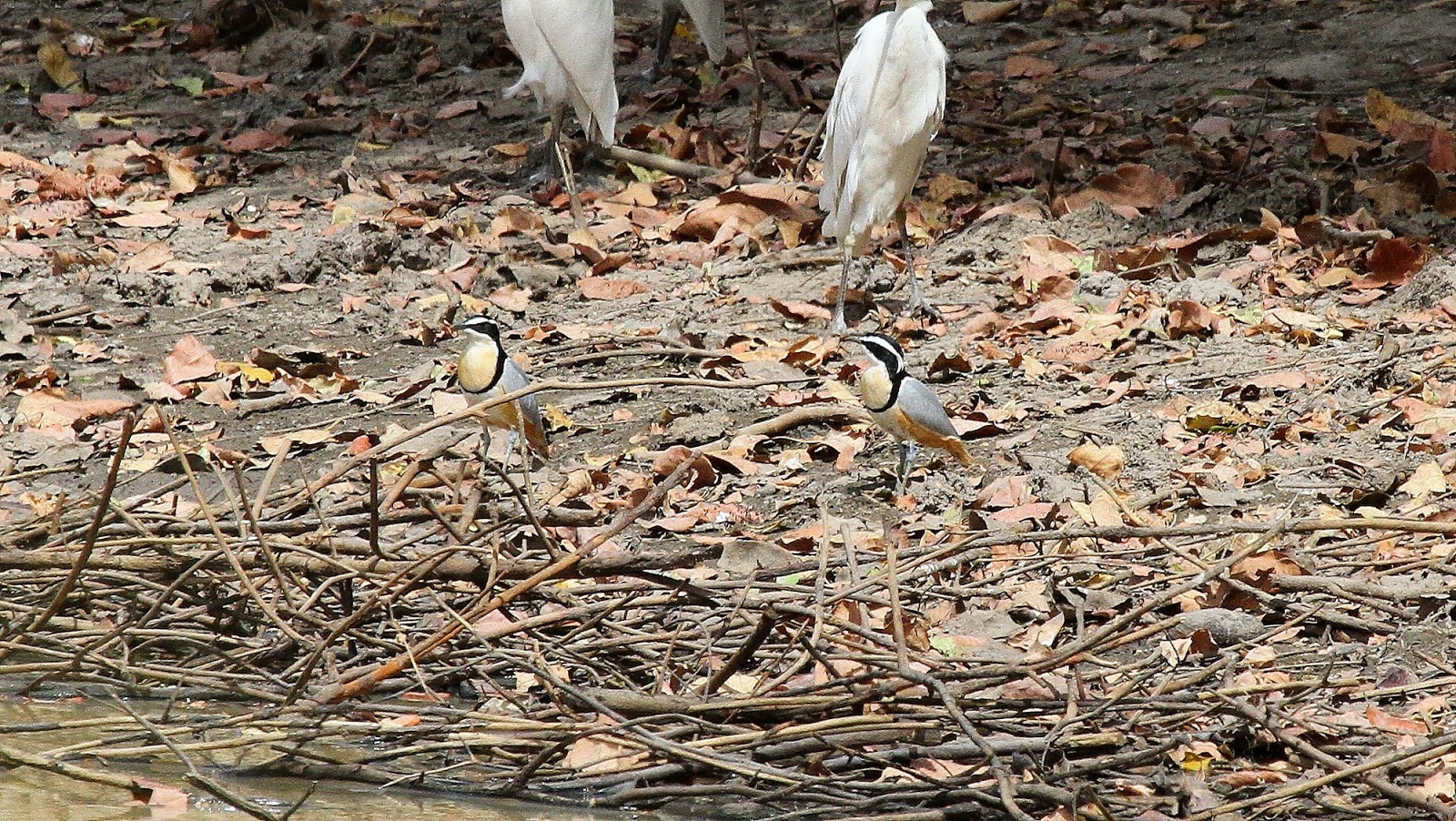 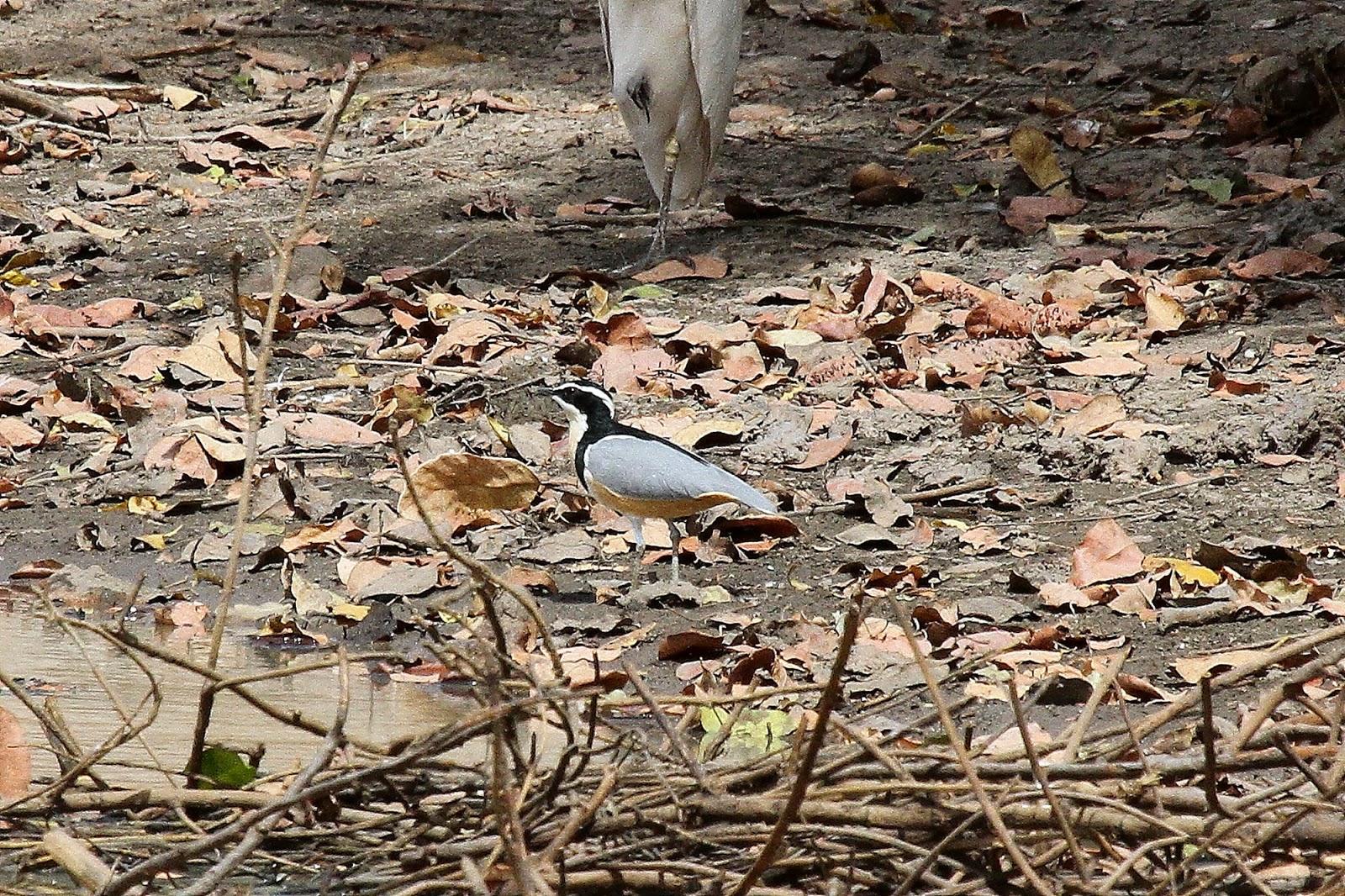 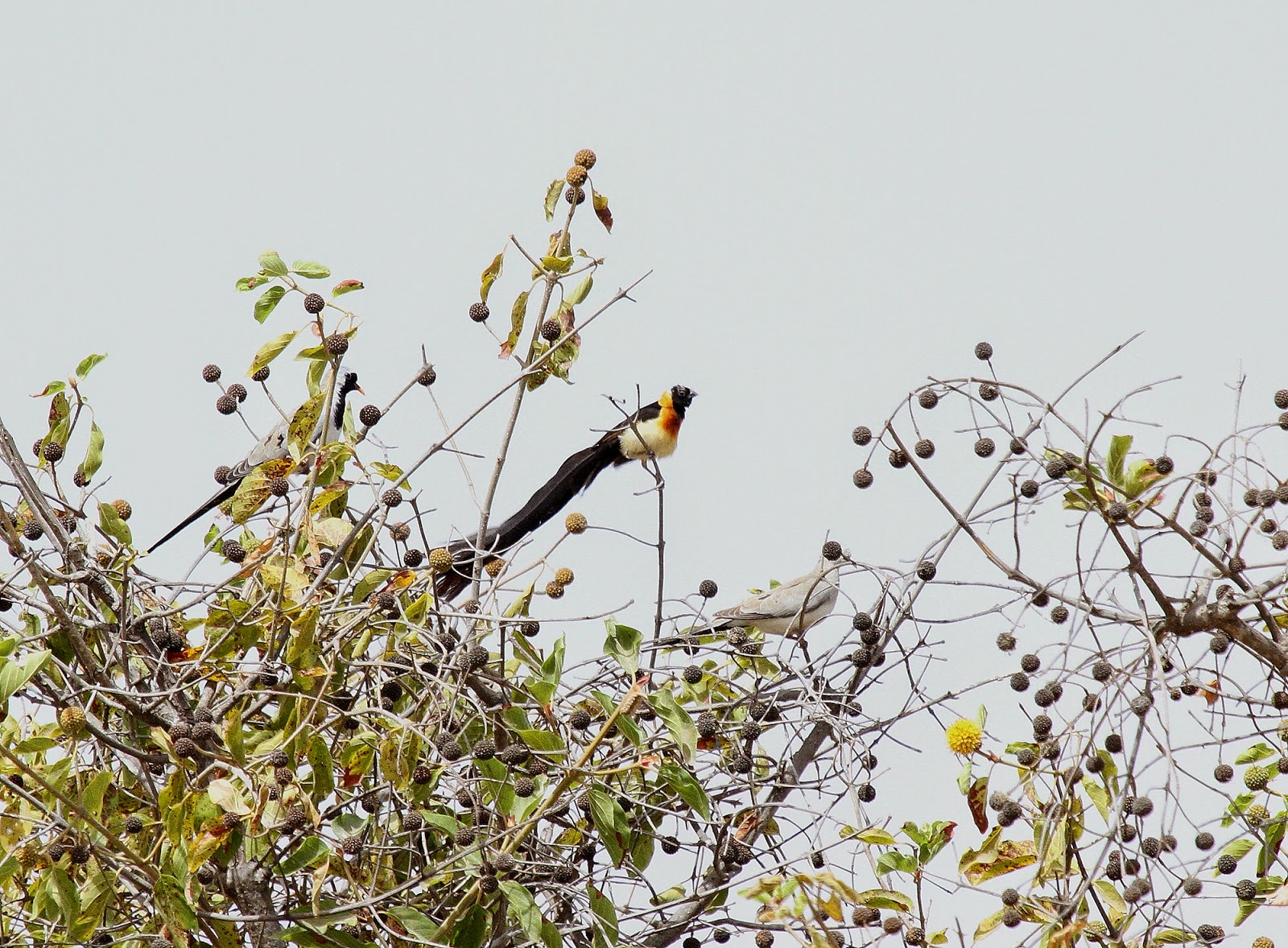 A very quick stop at a large wetland a little further along the road (mainly to pass on our Egyptian Plover info to another tour group) gave me Kentish Plover, Ringed Plover and Little Stint for the trip list before we moved on again.

Panchang Wetlands was our next destination, another convenient roadside location. This one did the business with a lovely pair of African Pygmy Geese and a single Comb-billed Duck amongst a large flock of White-faced Whistling Ducks. 6 African Jacana were close to the road and then a Black-shouldered Kite was in a roadside tree just as we moved on. 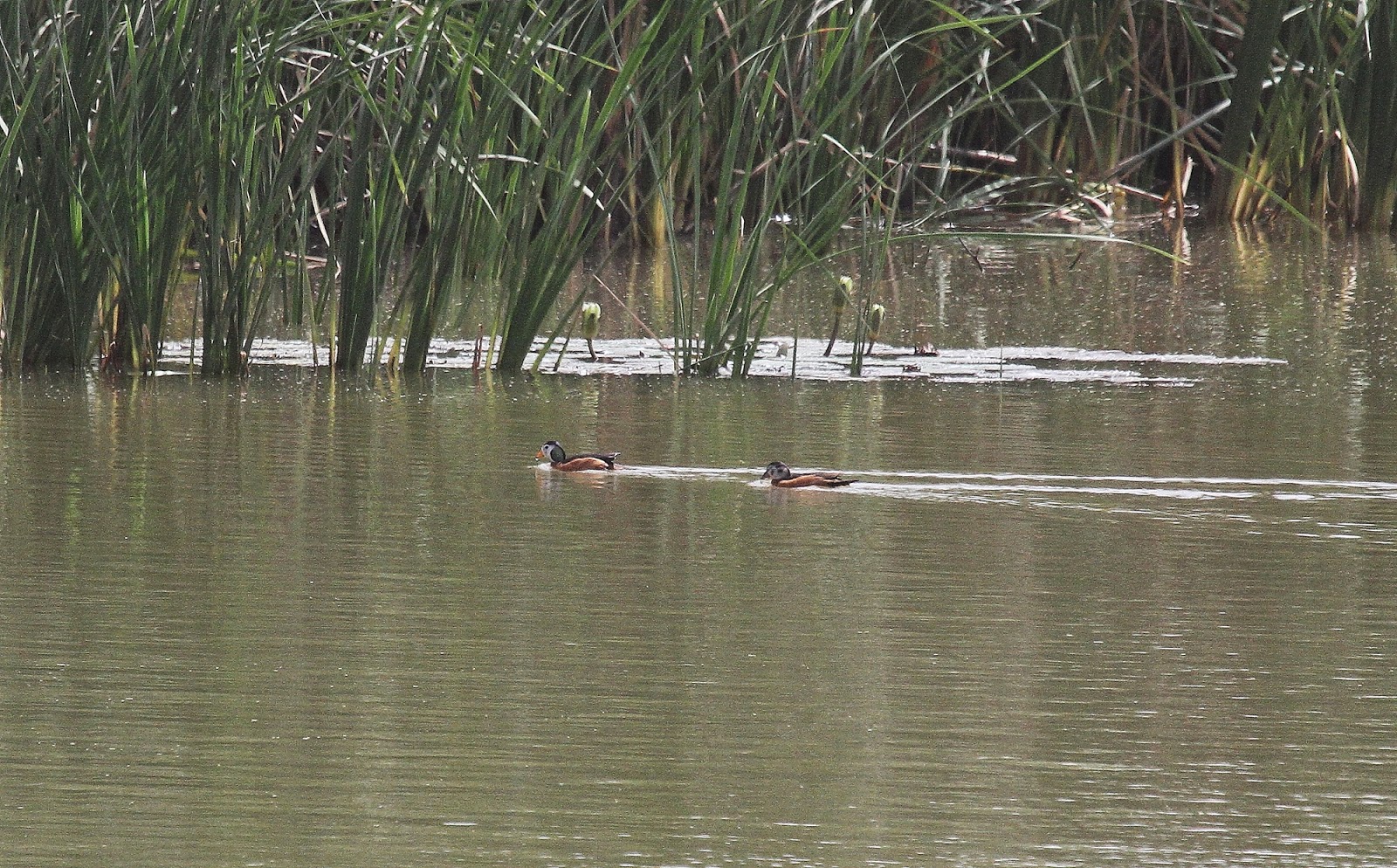 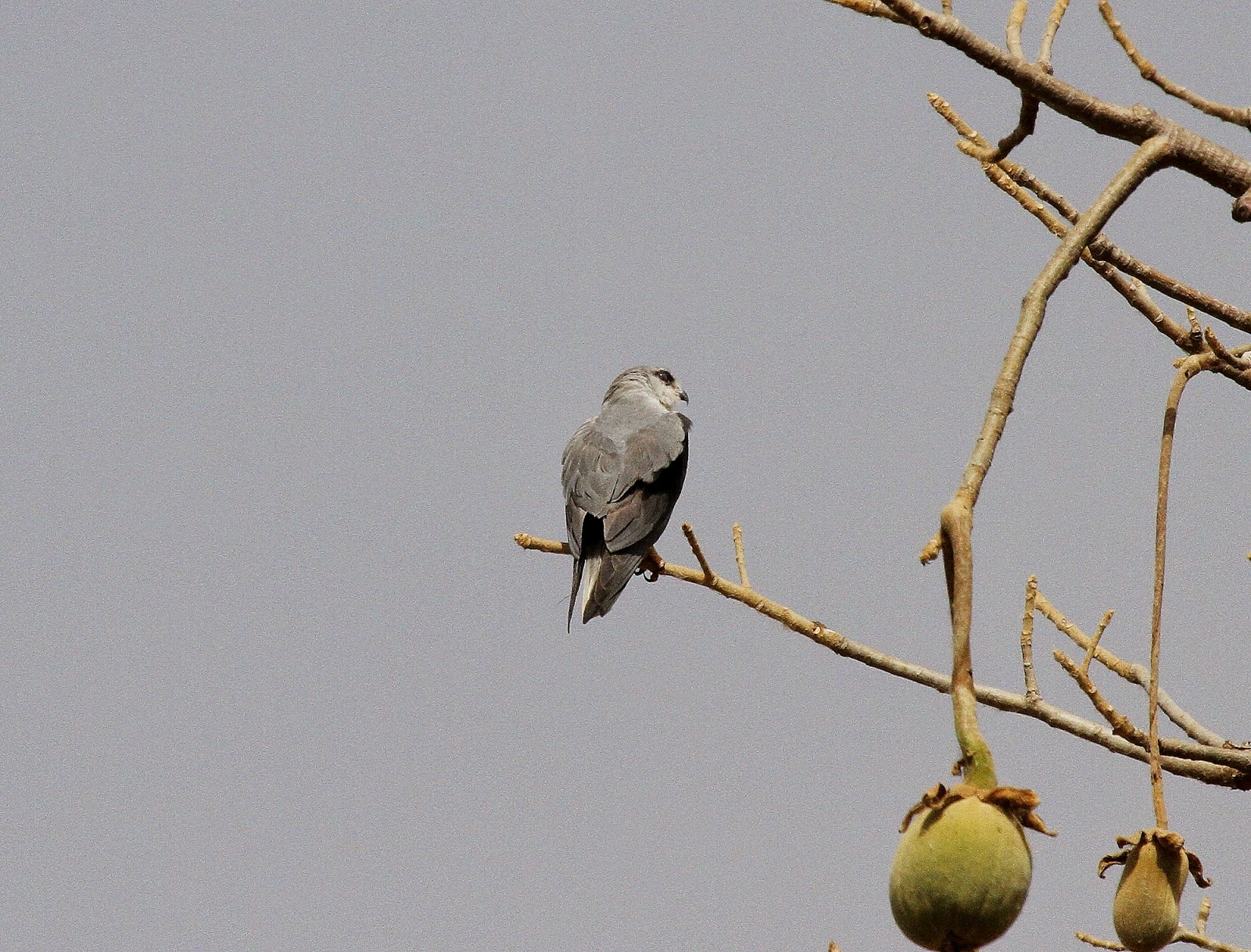 Now it was time for the part of the trip Belinda had been looking forward to above all other  - a boat trip on the Gambia River to see some mammals. We boarded the boat at the village of  Kuntaur eagerly surrounded by the local children. Picking up our guide from the River Gambia NP a little firther down the river (compulsory if visiting the site) we were soon watching a huge adult Hippopotamus in the river. We went on to see 3 of these beasts including 2 young. Bird wise things started off quietly with Intermediate Egret, 2 Hamerkop, Senegal Thicknees, a large flock of Red-billed Quelea and a feeding flock of Collared Pratincoles but the quiet was quickly broken by a really close sub-adult African Fish Eagle then a posing Palm Nut Vulture. Senegal Parrots, Ring-necked Parakeets and Little Bee-eaters were being regularly seen as we neared 'baboon island' and our guide started calling like a mental thing! After a while it worked well as 2 Chimpanzees came to the edge of the island to investigate. These animals are fantastic and looking into their eyes you can see they are closely related to us humans. We also saw 2 others, less well but including a very big male at the top of a palm. Then Ebrima called a fly-over Spur-winged Goose and my afternoon was complete! The birding hadn't finished yet though, on the return ride I found a Swamp Flycatcher low down in the mangroves and we also scored with 3 Striated Herons, Purple Heron, Broad-billed Roller and Melodious Warbler. 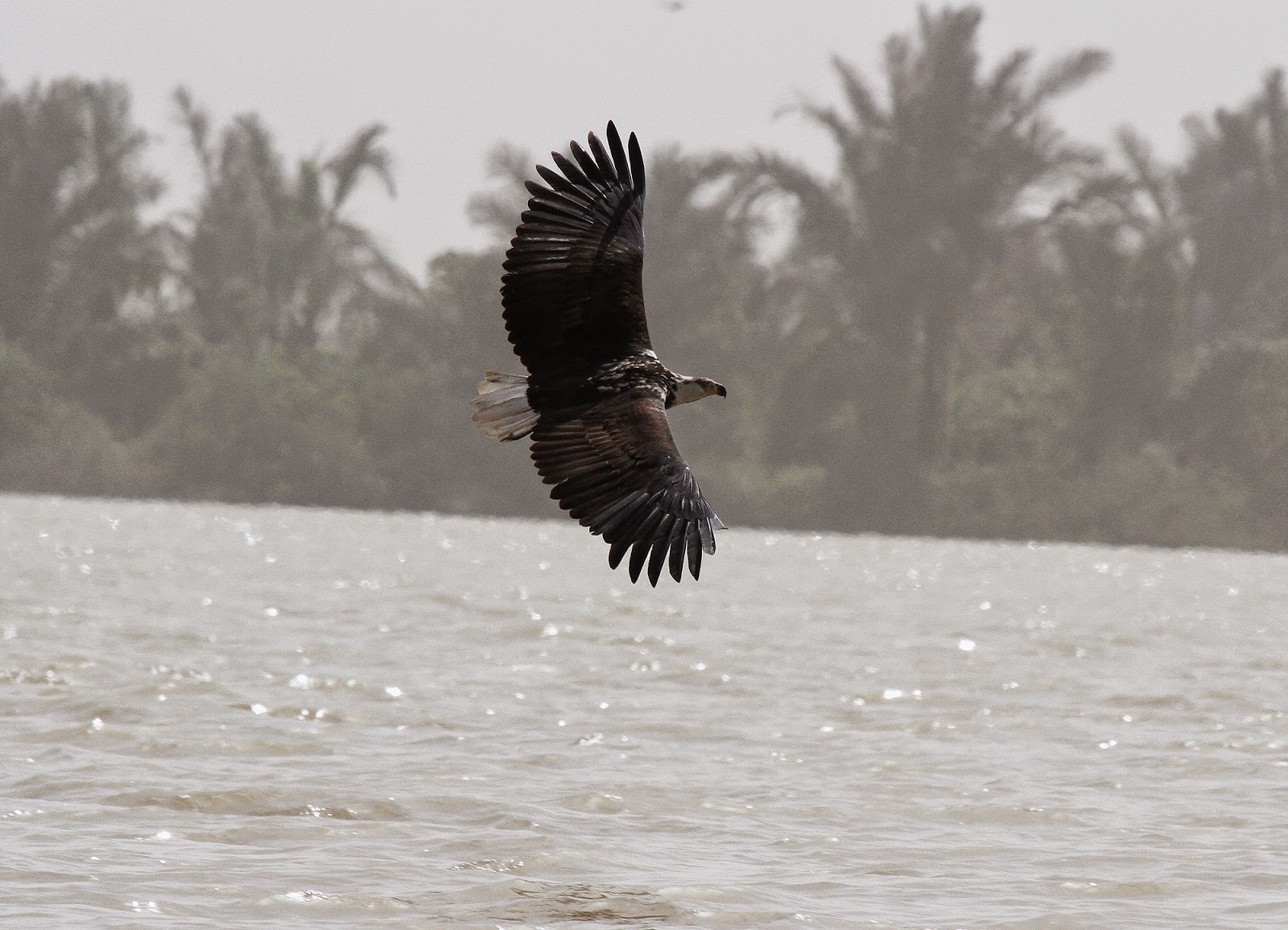 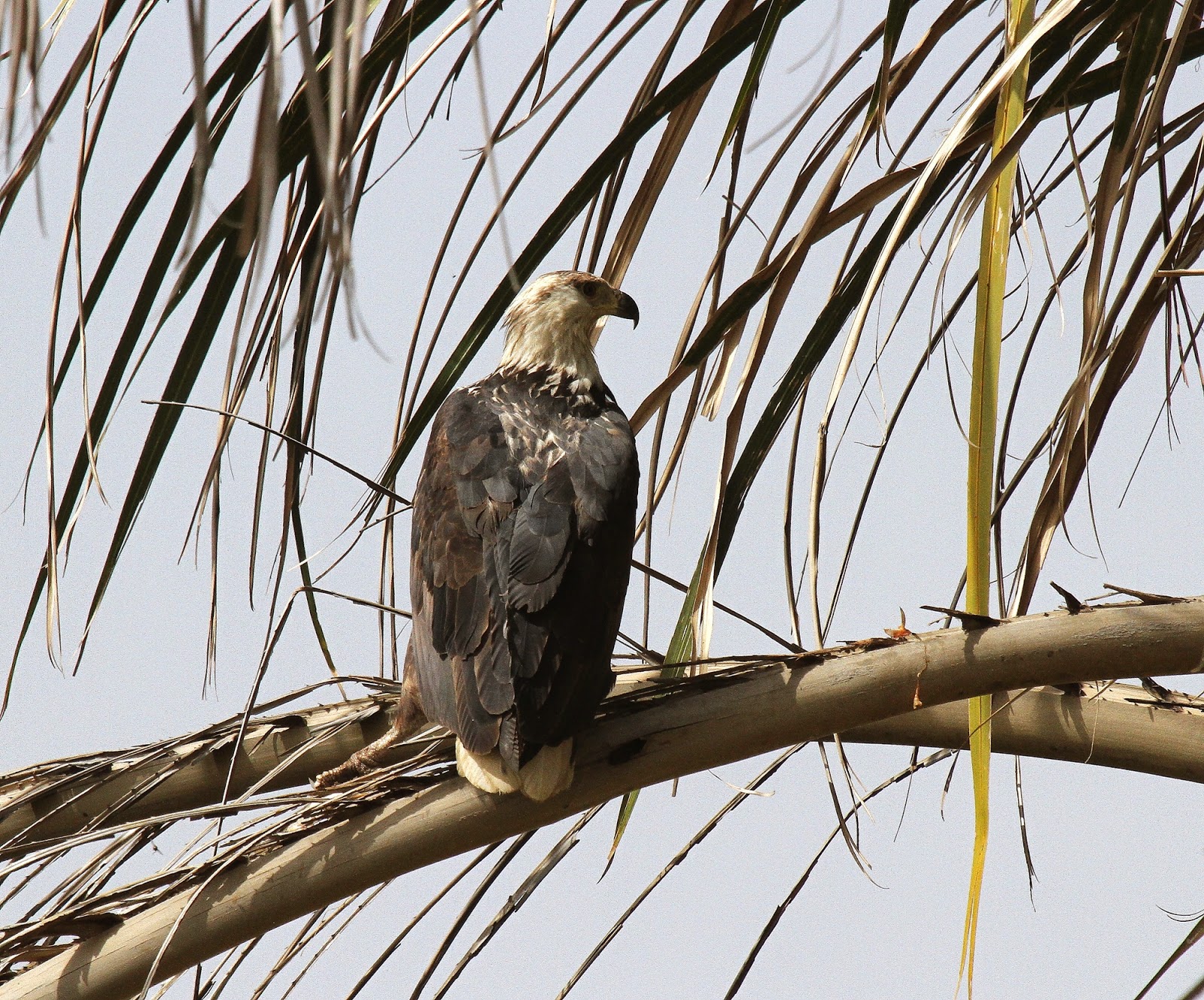 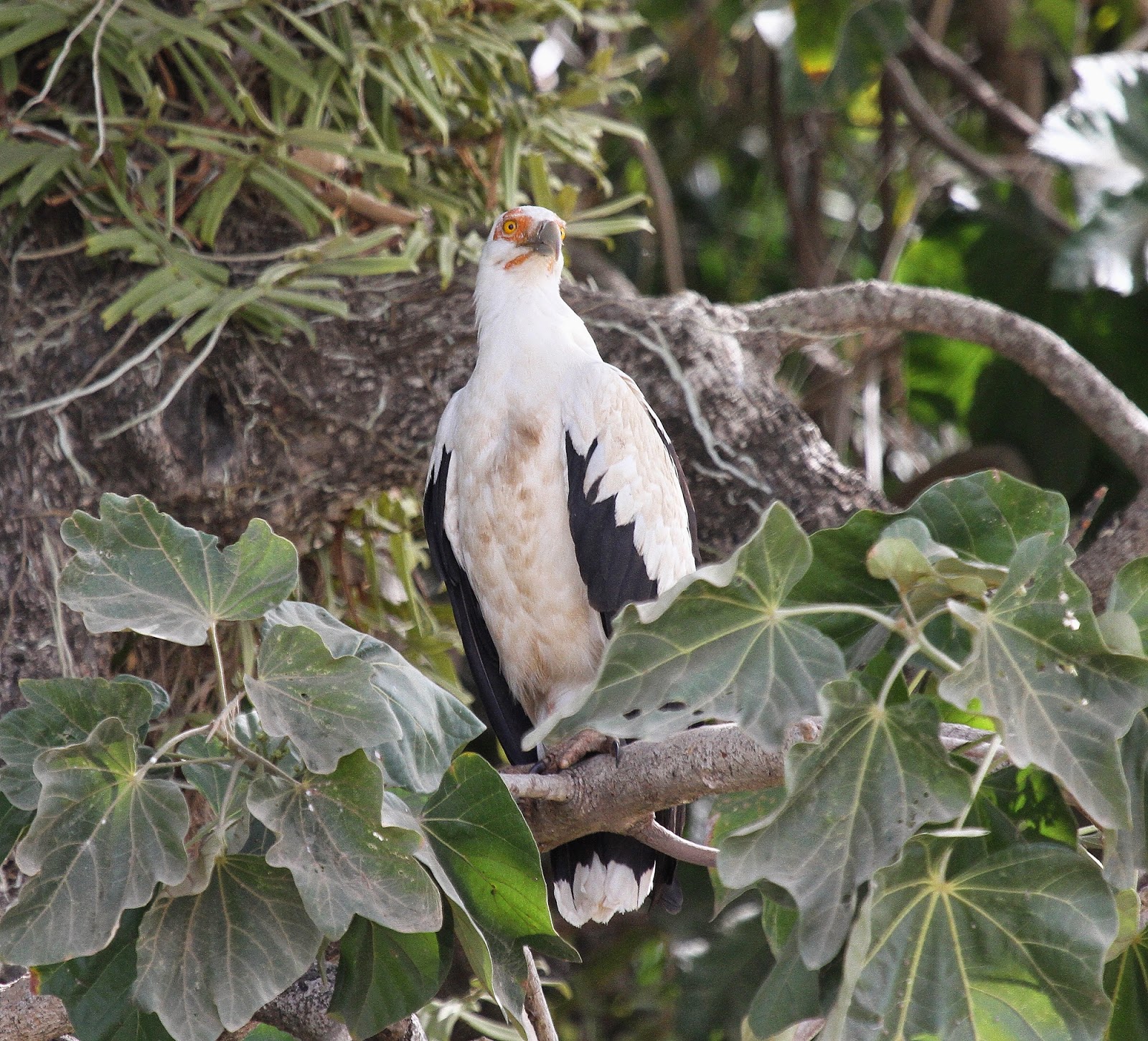 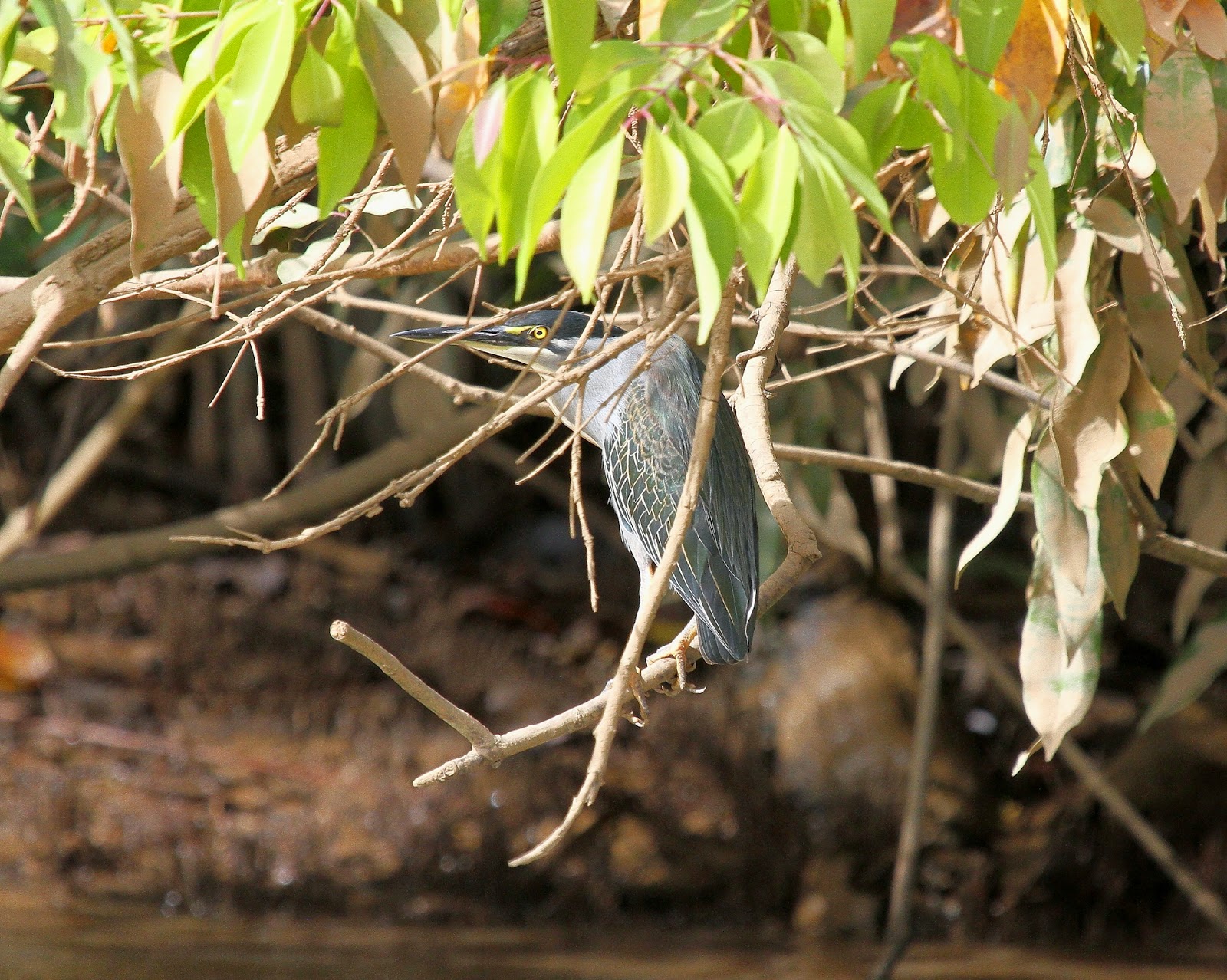 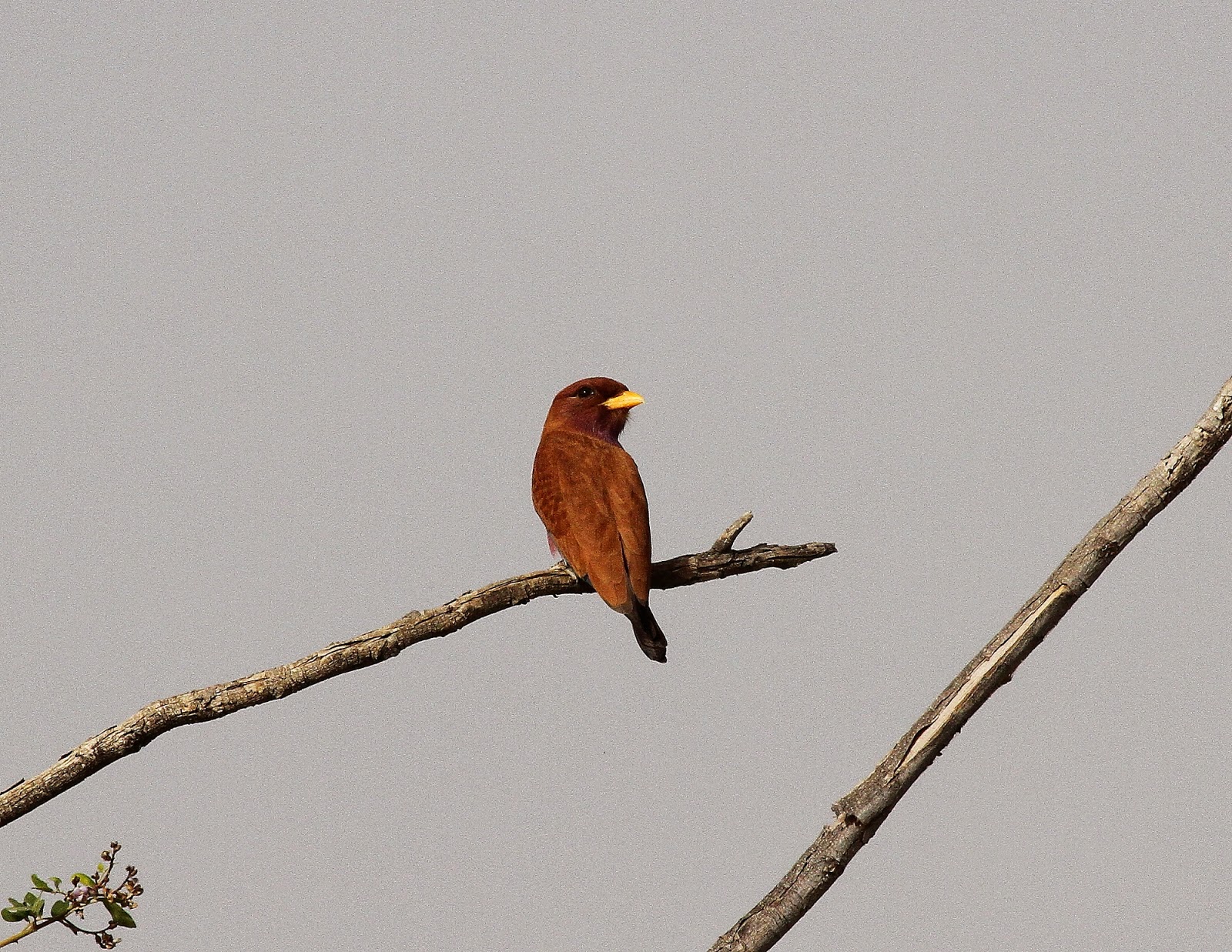 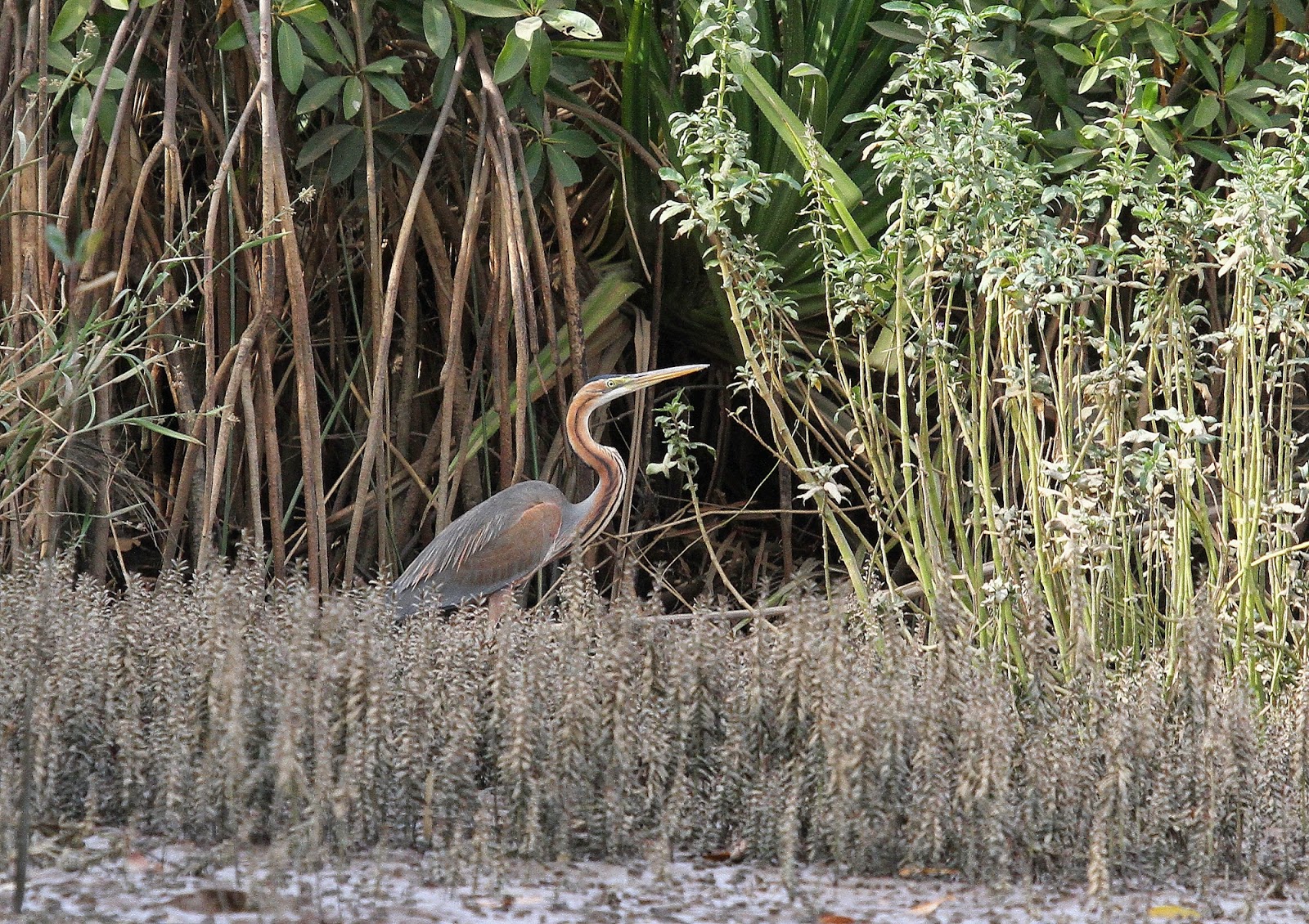 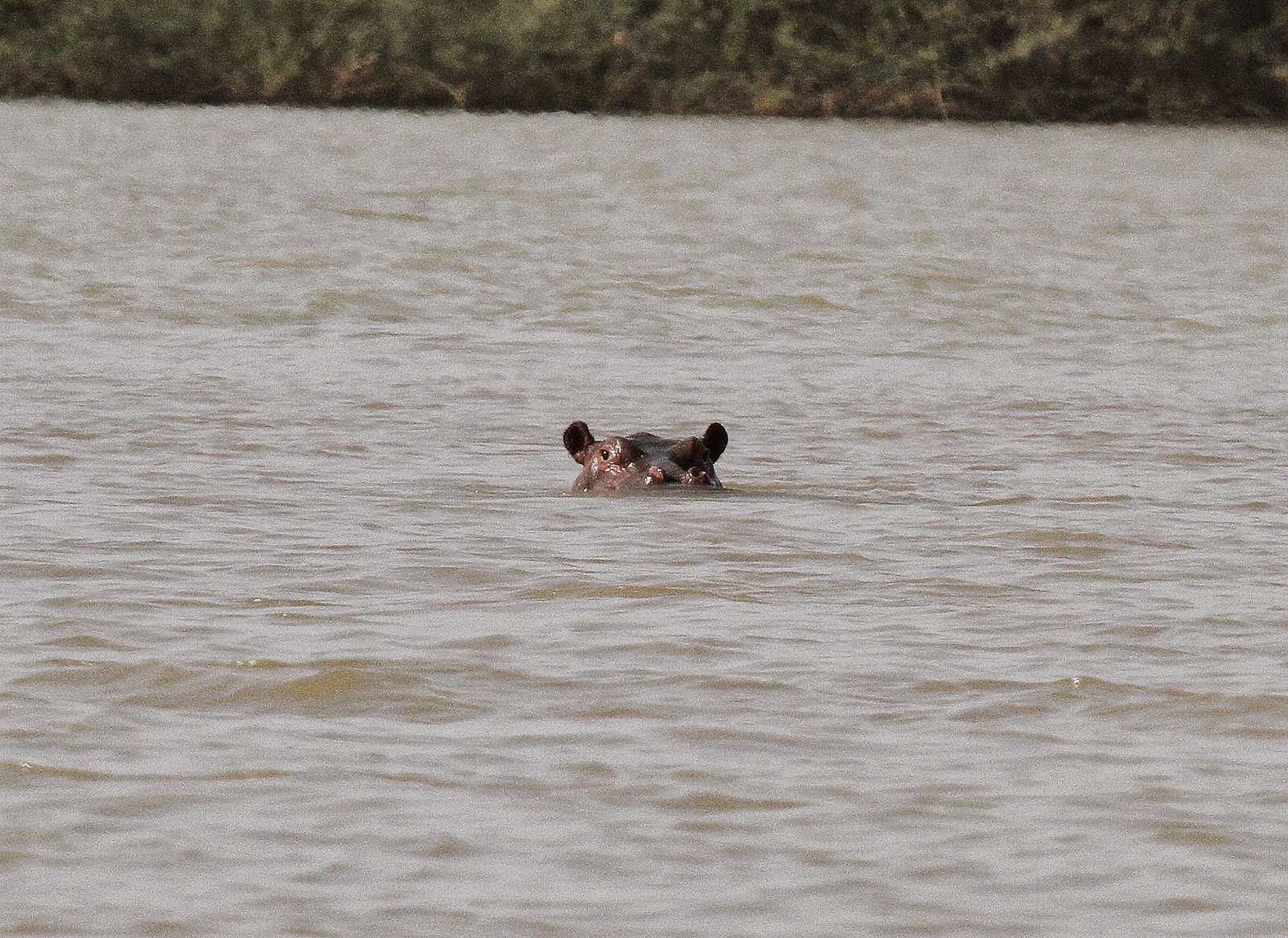 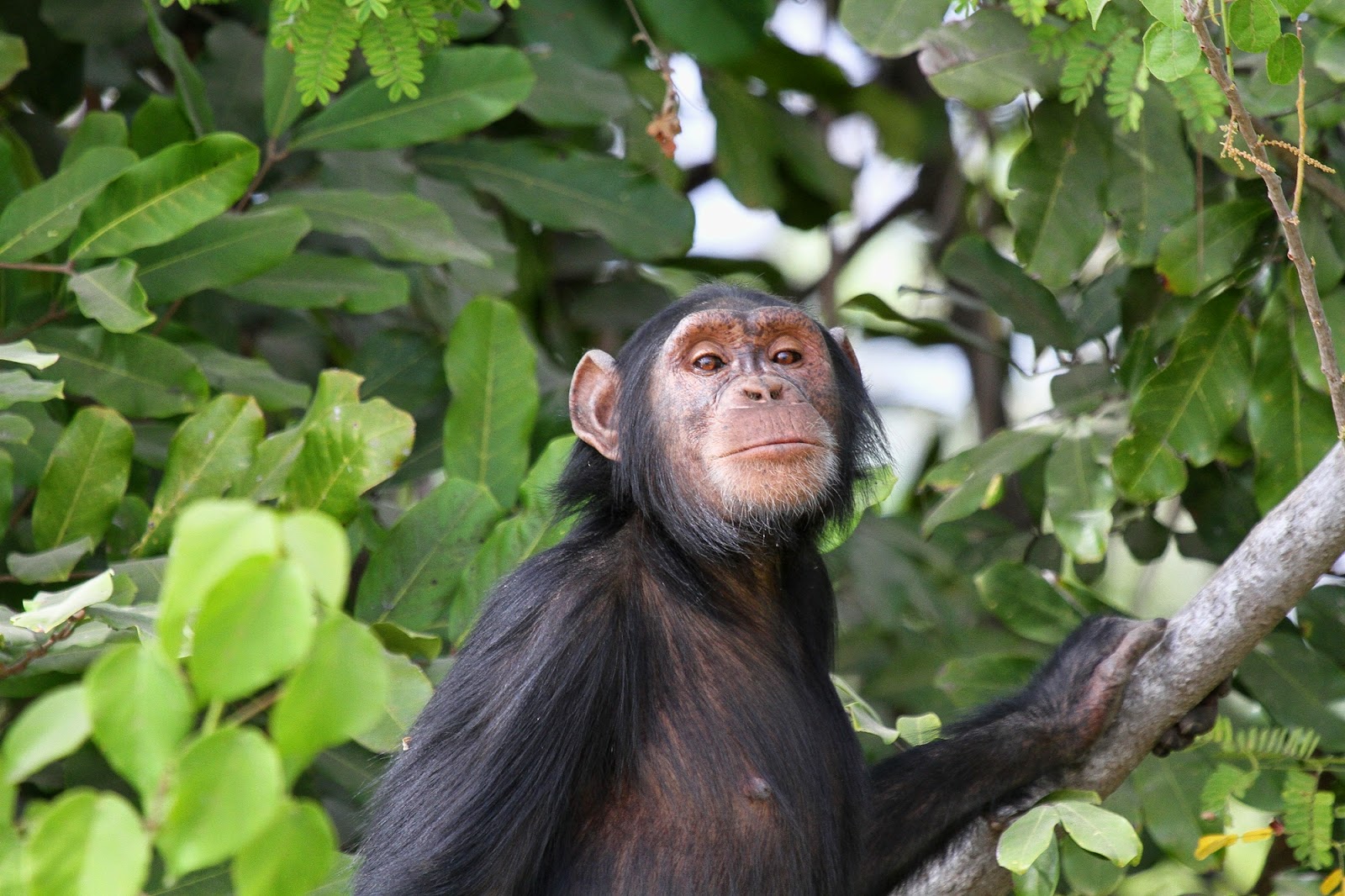 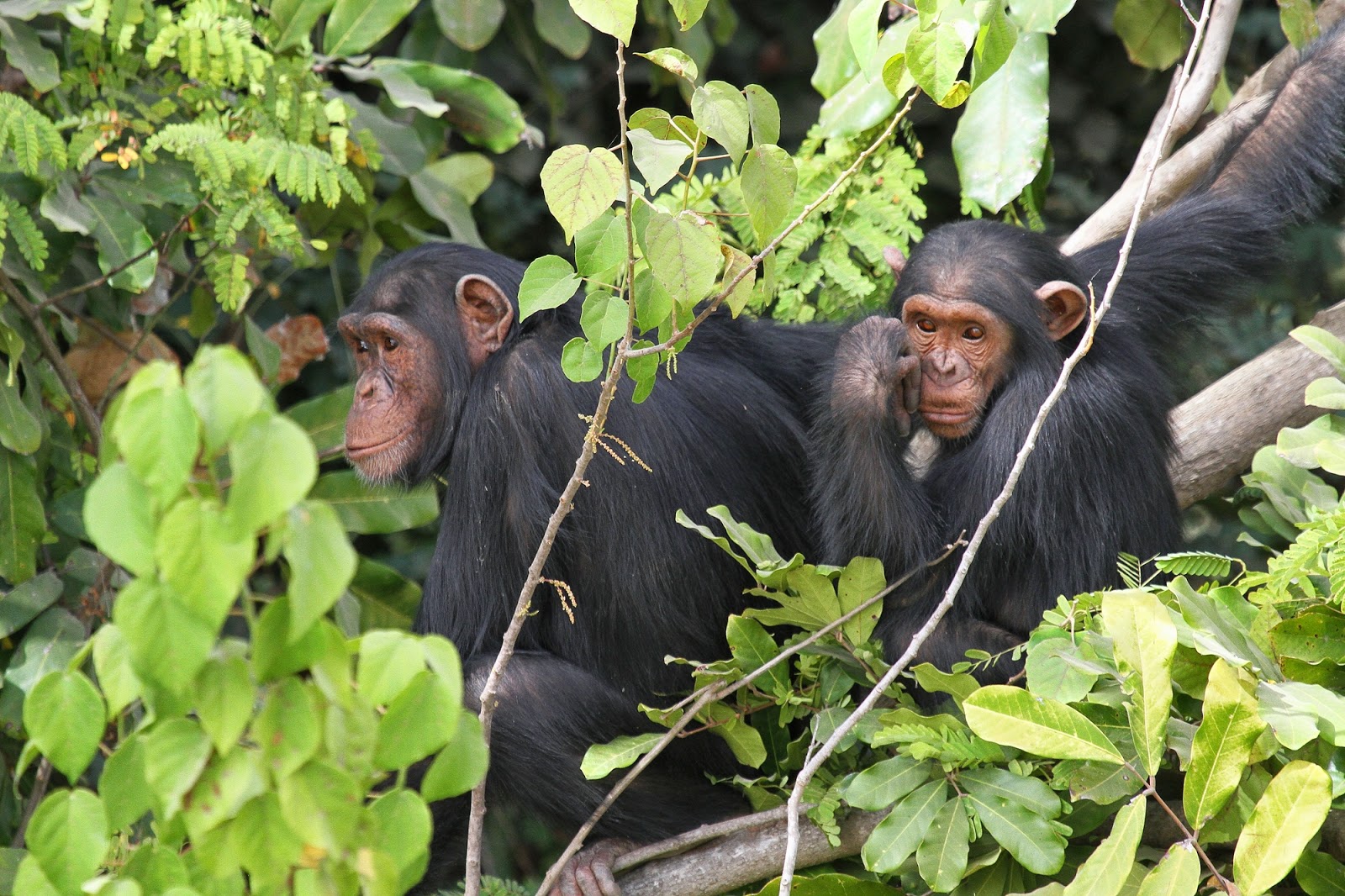 Chimpanzees
Posted by Chris at 17:57