Following the traditional poor breakfast at the Palm Beach we met Ebrima at 07.45 for the 25 minute drive south to Tujereng Woods. Turning off the main road by the 'cement for sale' building (see the Gosney guide) we parked up beside the track and began a long morning exploring the area. At first sight it doesn't look anything special with low bushy trees and scattered large flowering silk cotton trees but the birding here was superb. Almost straight away a distant perched up African Golden Oriole was picked out but first up of the target species was Red-winged Warbler which proved to be relatively common here with c8 being seen throughout the morning. In the look stakes my fave bird here was the diminutive Senegal Batis, after a couple of brief views one showed superbly for my camera. The fruiting/flowering trees were a magnet for birds and a pair of White-fronted Black Chats were seen well underneath one of them while watching Splendid Sunbirds, Variable Sunbirds, Yellow-fronted Canarys and Greater Whitethroats in the tree above. A little further on 2 more target birds fell in quick succession - a brief view of a Chestnut-crowned Sparrow-weaver followed by prolonged views of a pair of Brown-backed Woodpeckers. Walking around we picked up plenty of other species too  - c3 Scarlet-chested Sunbirds, Beautiful Sunbird, 2 Northern Grey-headed Sparrows, 1 Little Weaver, 2 Vitelline Masked Weavers, 2 Black-crowned Tchagra, Woodchat, 2 Tawny-flanked Prinias, 2 Yellow Wagtails, a fly-over African Spoonbill and a patrolling Beaudouin's Snake Eagle. 3 perched Pied-winged Swallows were very nice but totally eclipsed by a mega White-shouldered Black Tit on the return walk! 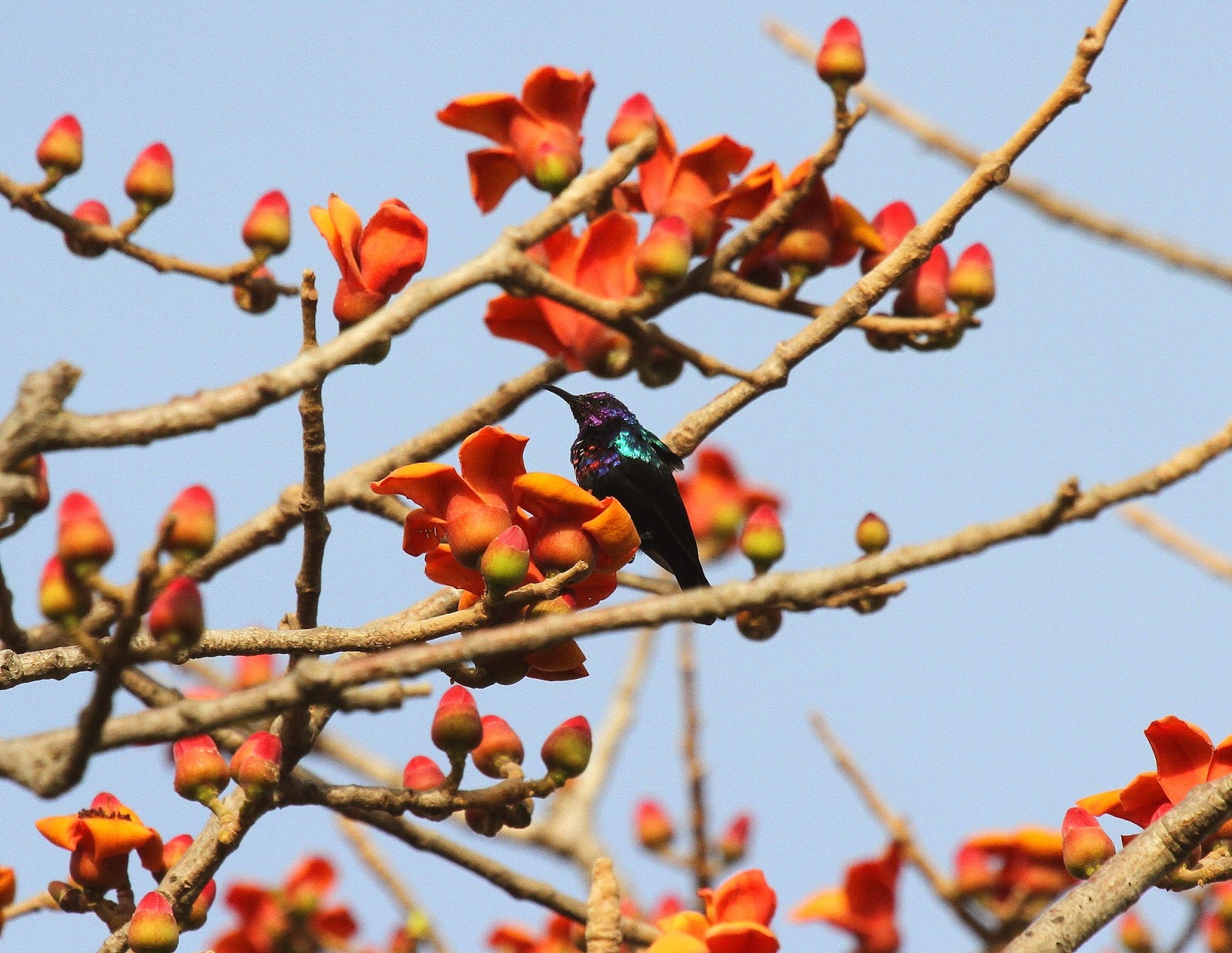 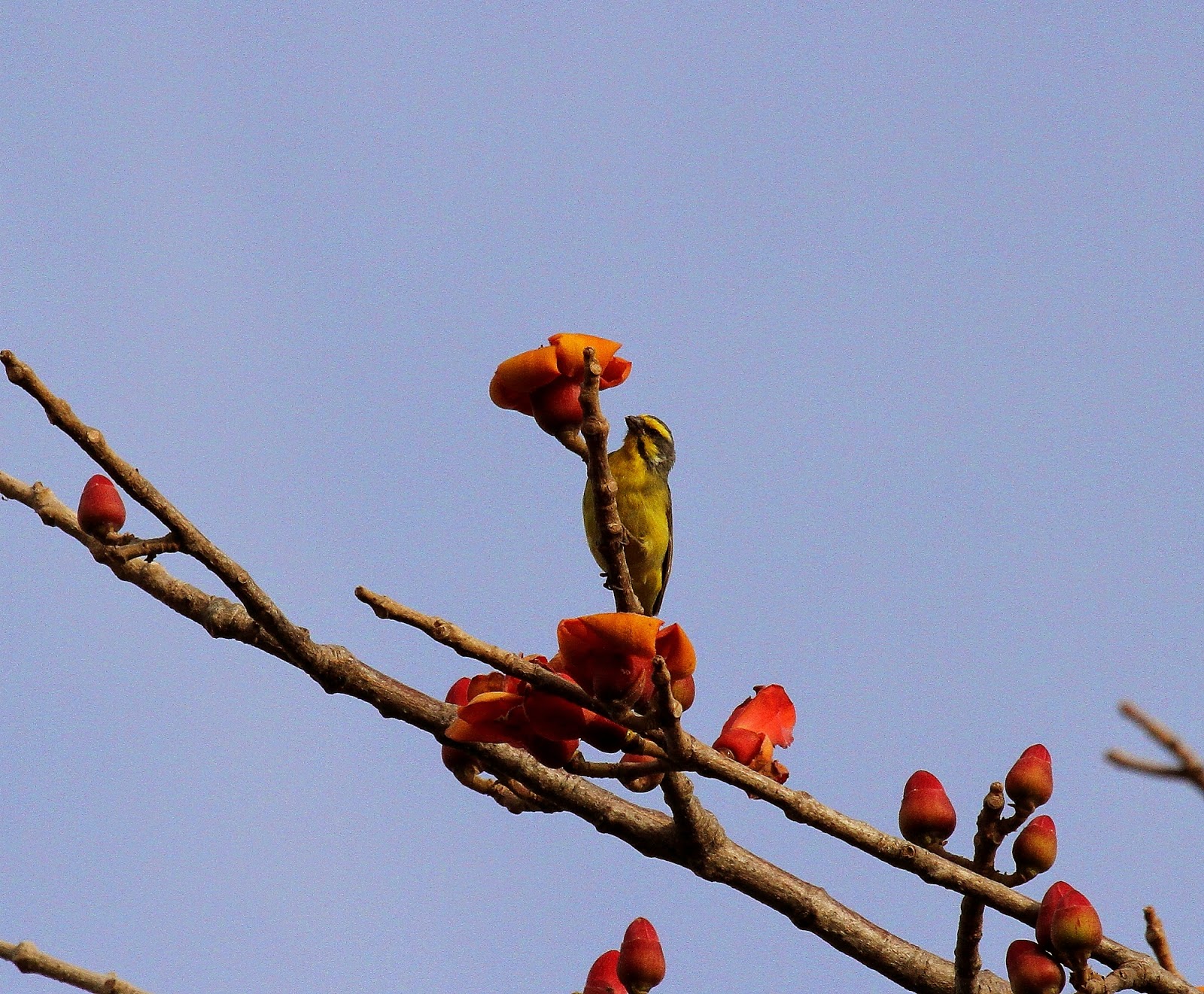 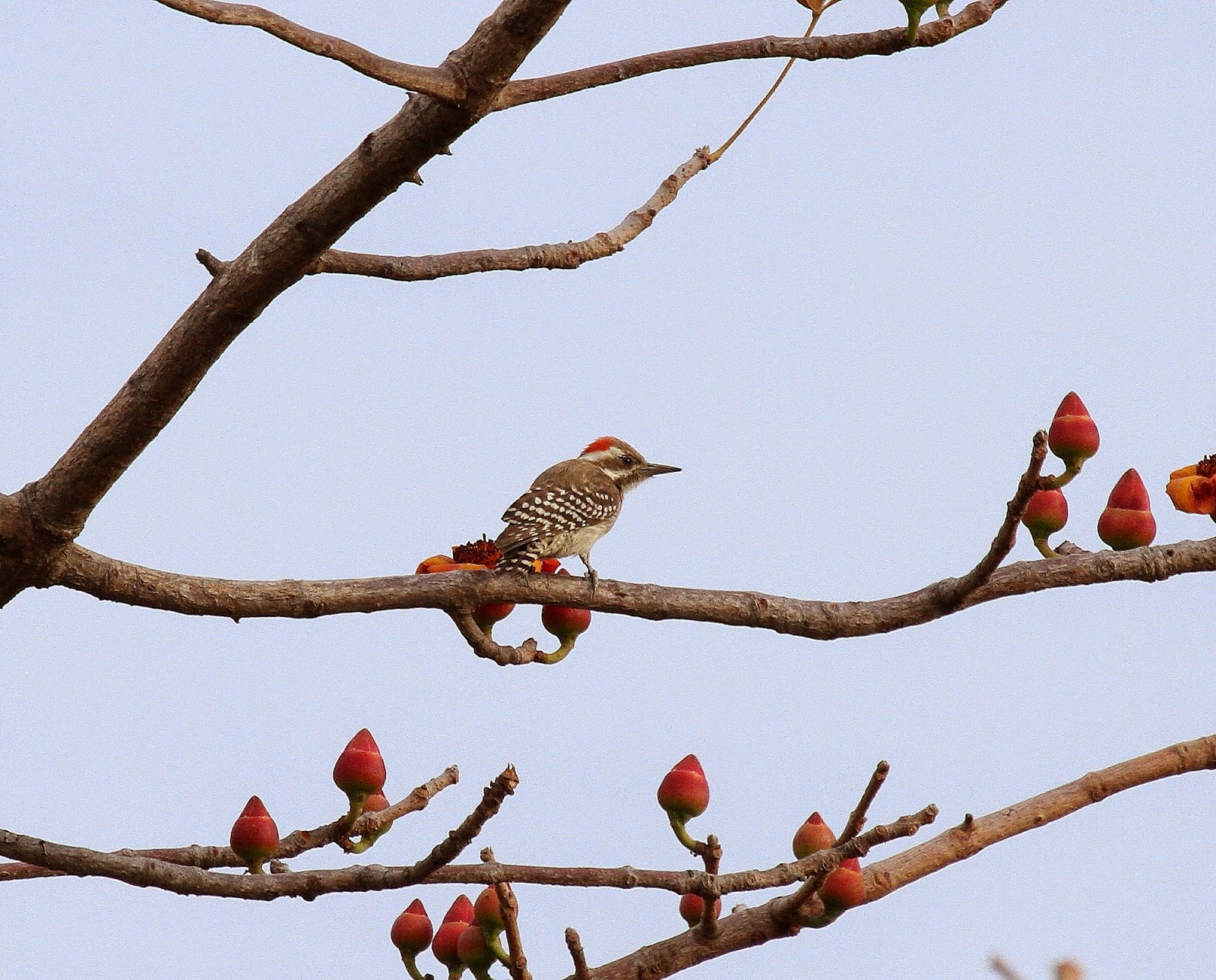 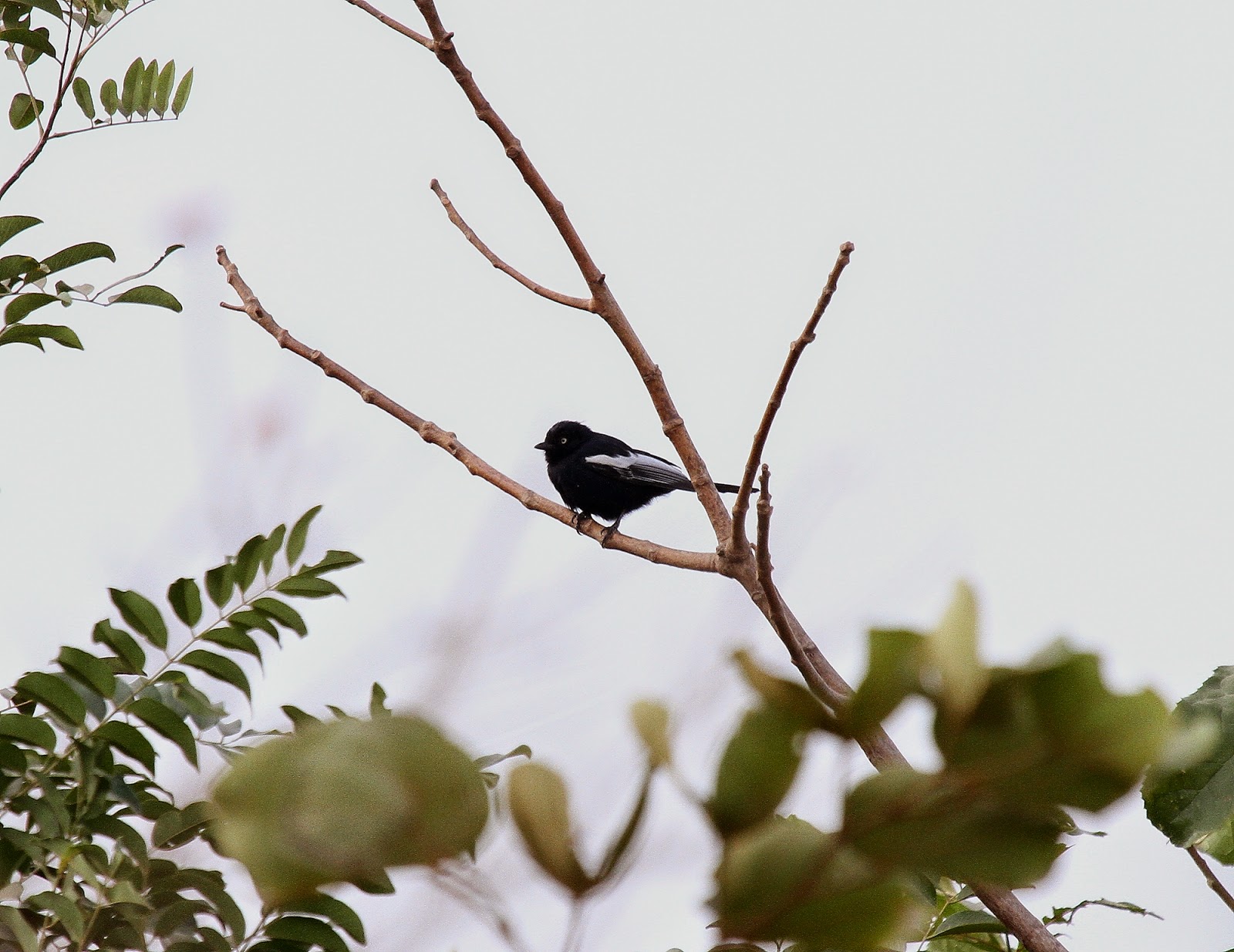 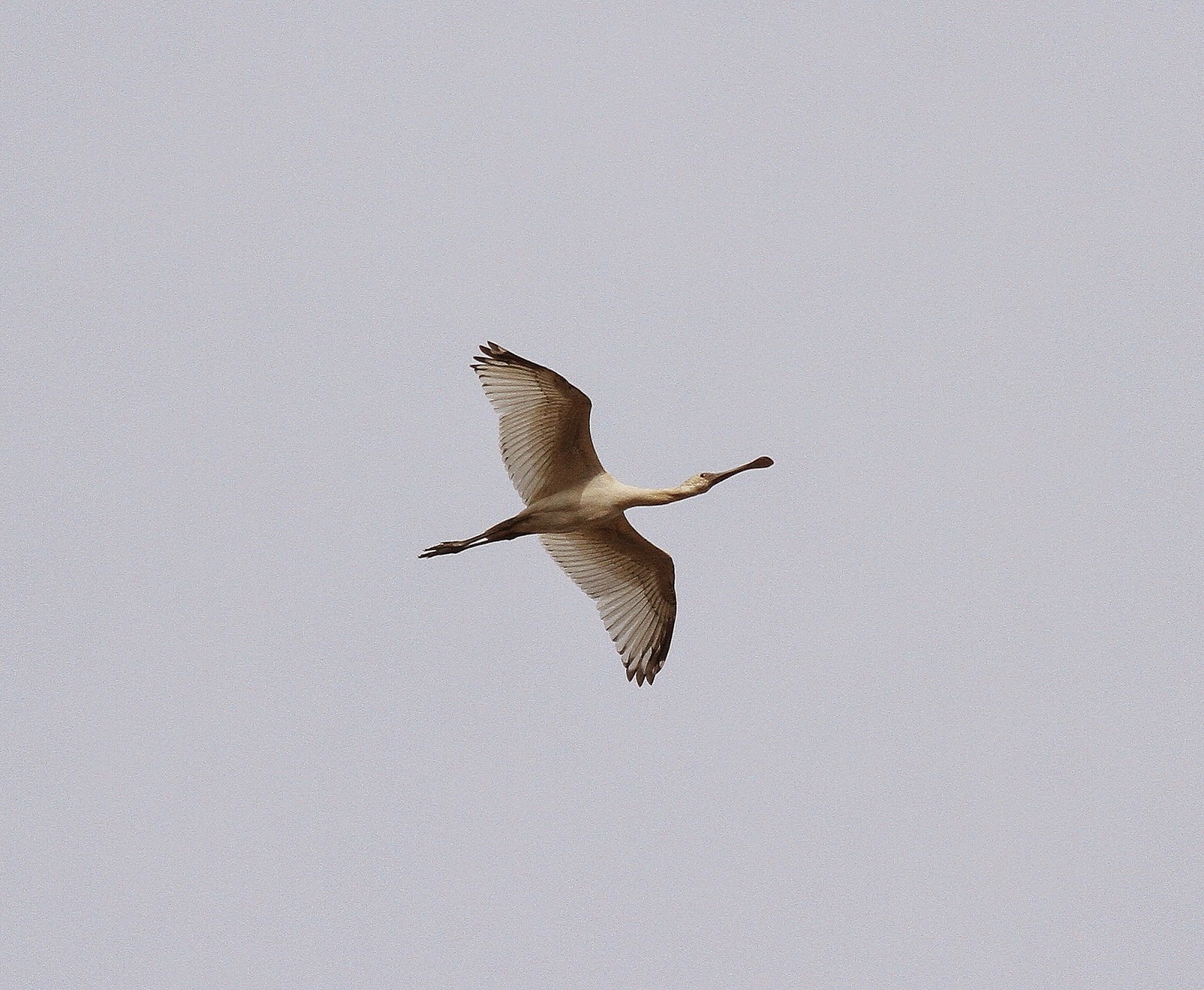 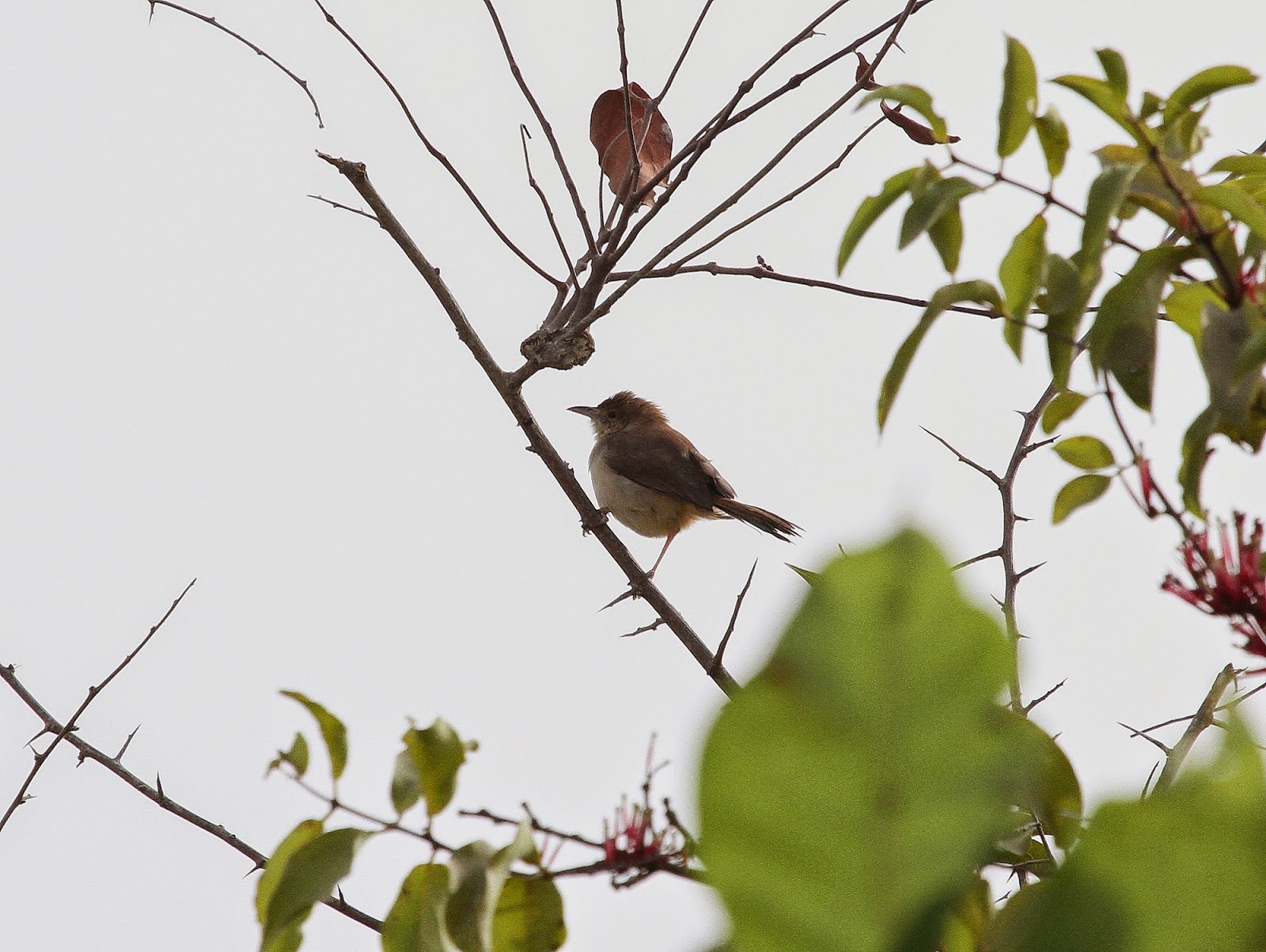 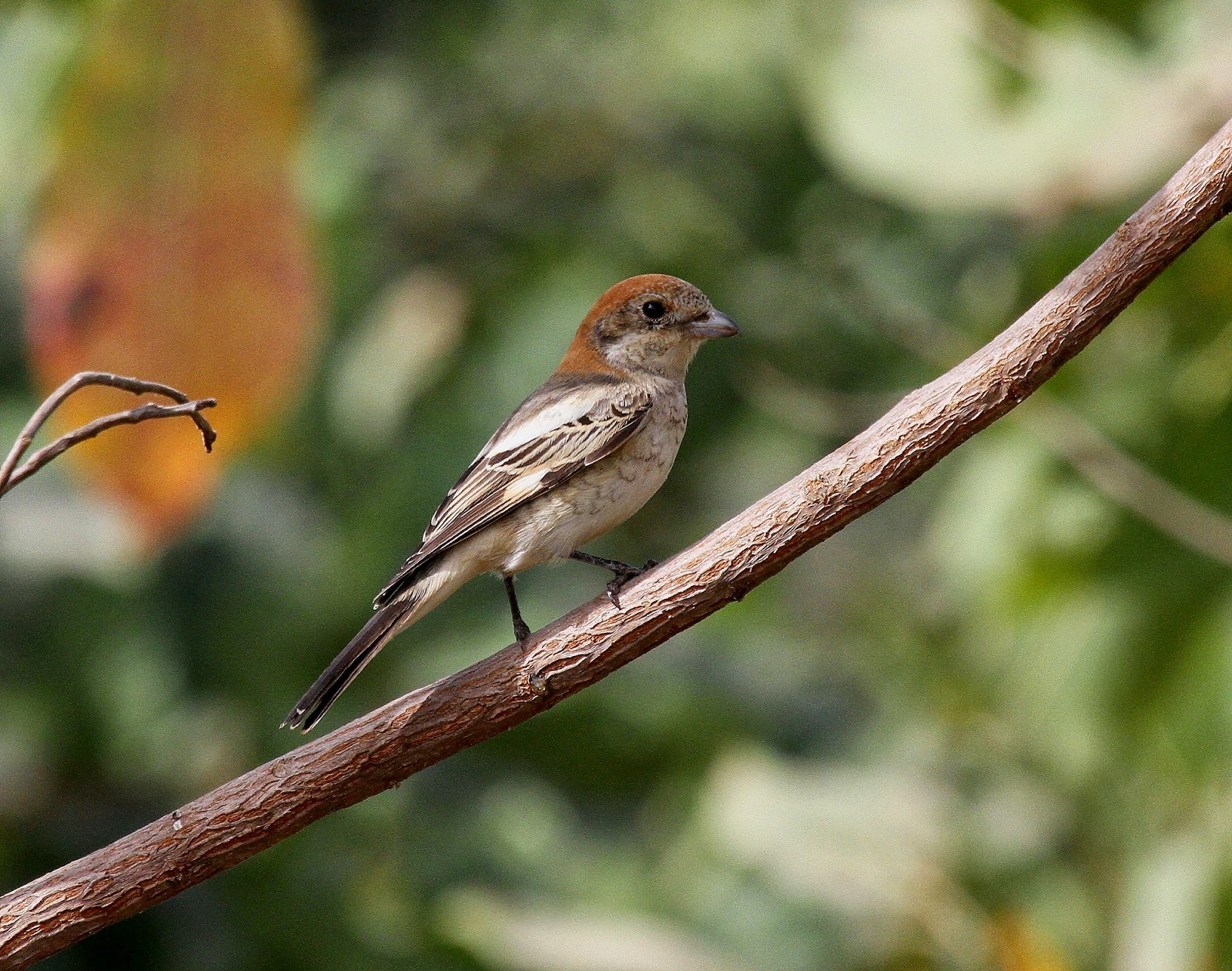 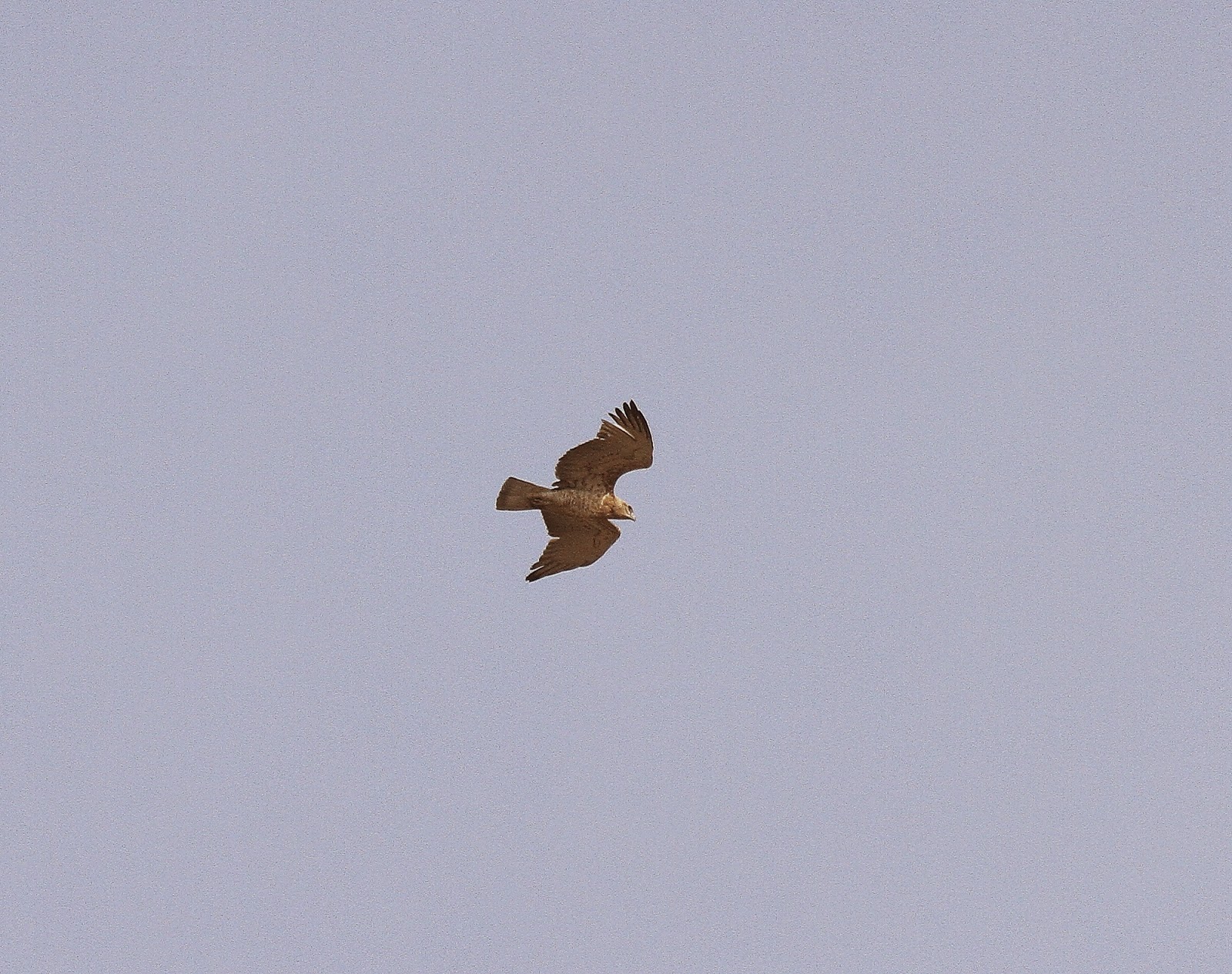 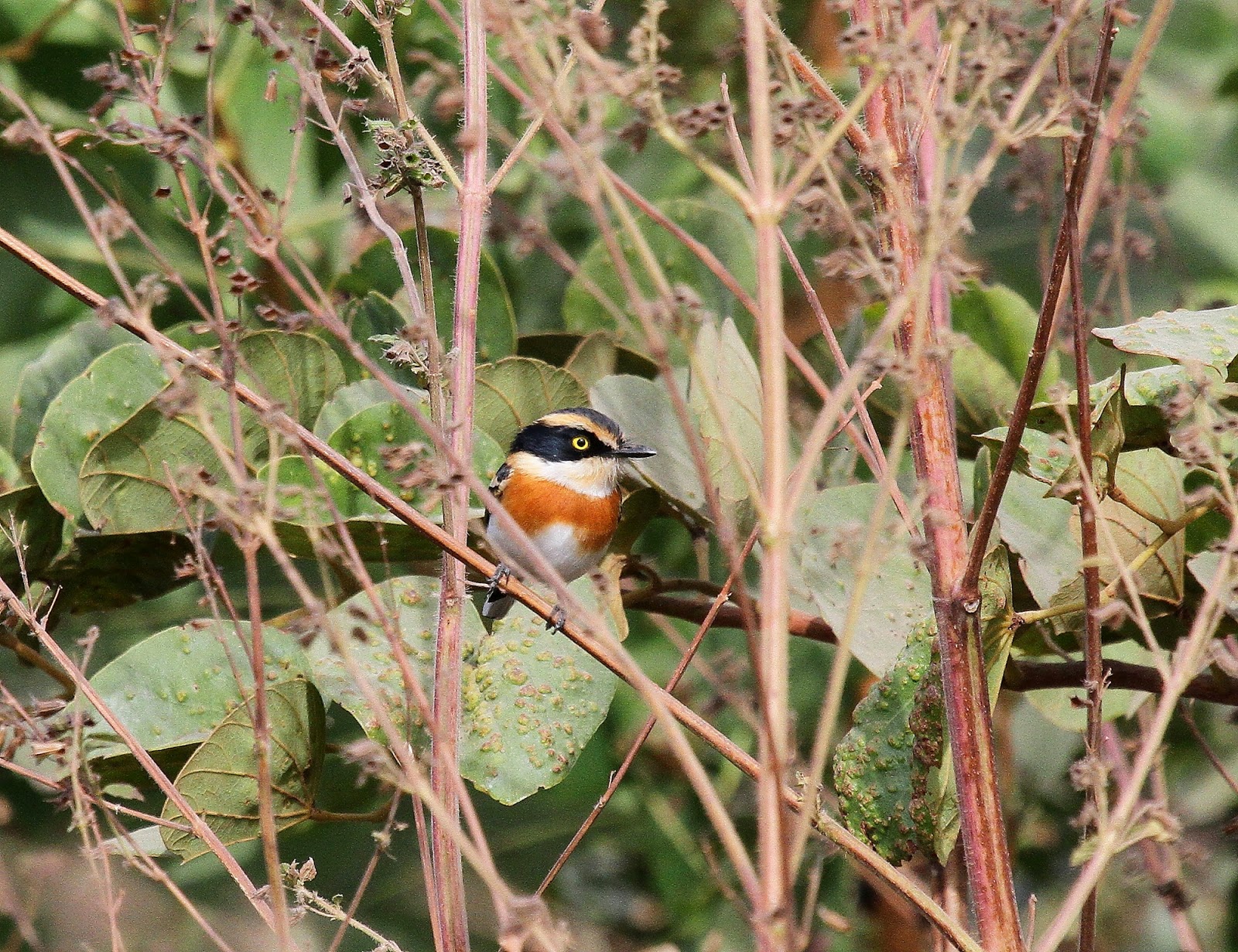 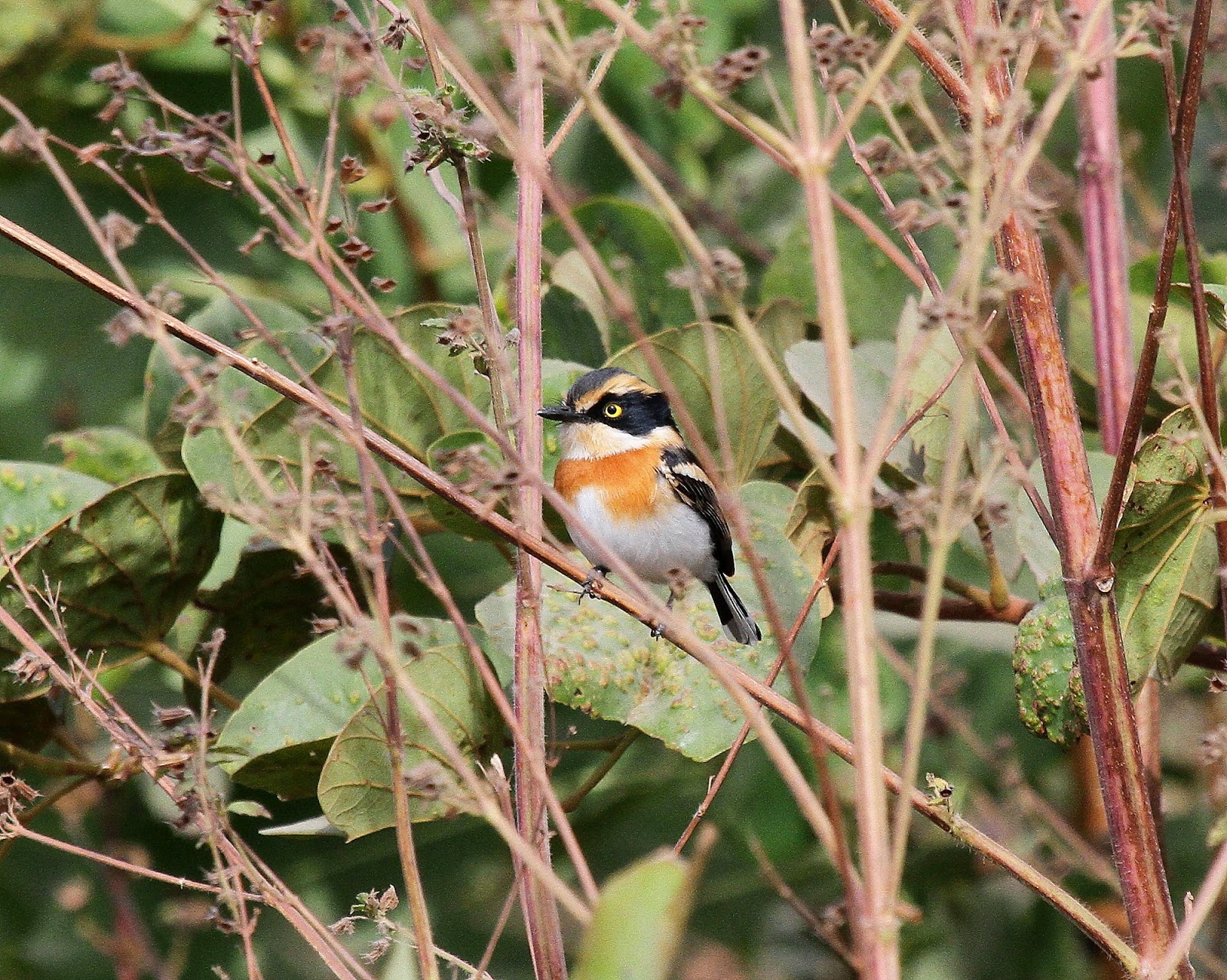 Leaving the woods we had one last stop by the coast road less than a mile away. Parking up and wandering through a gate into an open walled wood an African Green Pigeon perched high above us (tick!) and Ebrima started calling. Very quickly a bird called back and flew in - a lovely Pearl-spotted Owlet! It sat still for some while allowing some great views and photos. 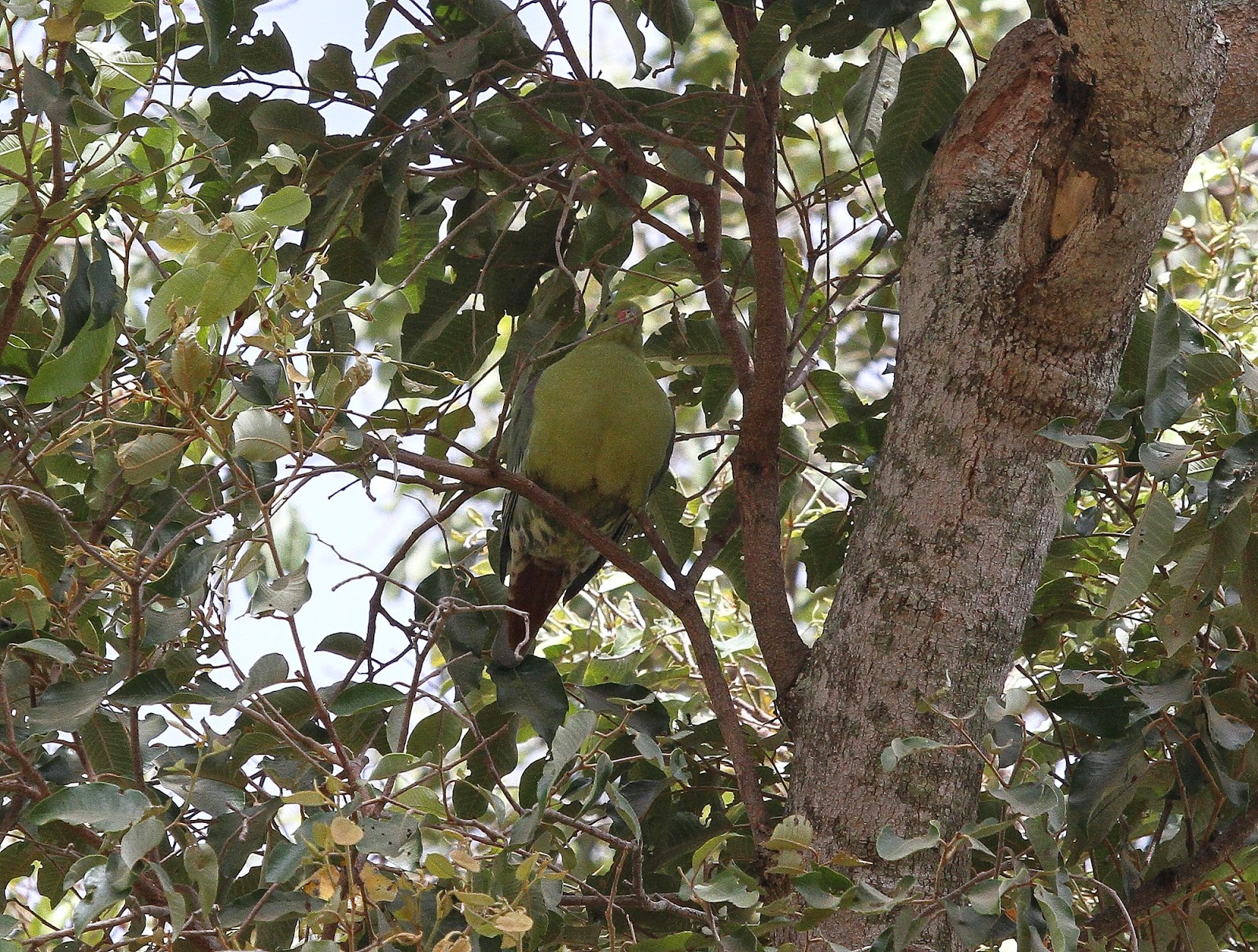 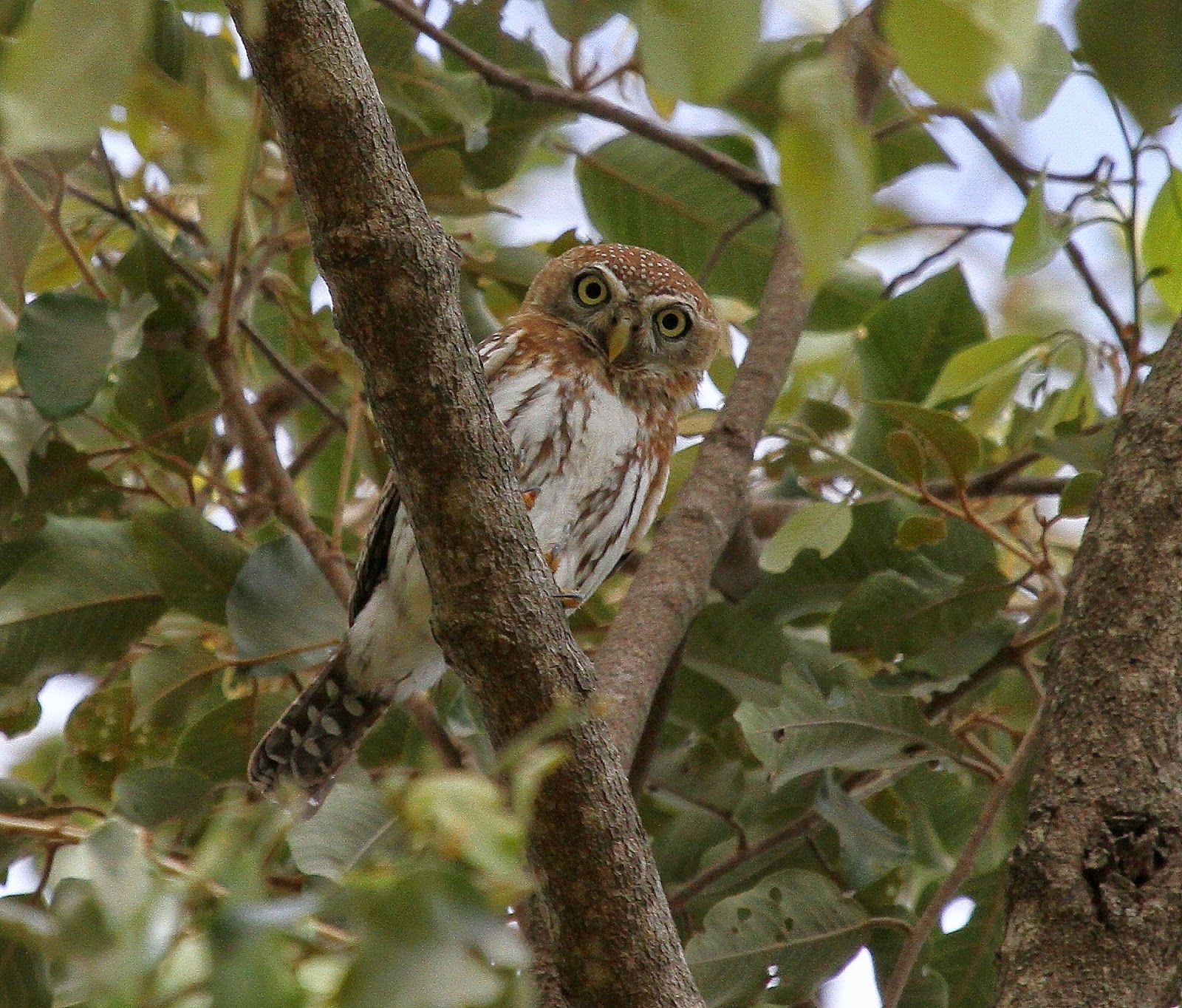 Back at Kotu Beach we opted for a late afternoon walk to Kotu Bridge. A nice close Black-headed Heron distracted me just outside the hotel gates as we ran the usual gauntlet of would be taxi drivers, guides and peddlers of tat before we got to the bridge. Ebrima was keen to find me what has become my Gambian bogey bird so while Belinda enjoyed green tea with his wife and the other guides we set off in search. c30 White-faced Whistling Ducks and 3 Black-headed Plovers flew over while the creek area held the usual culprits of Pied and Blue-breasted Kingfishers, Grey Plover, Common Redshank, Wire-tailed Swallows, Red-billed Firefinches and Bronze Mannikins before I returned to Belinda and some tea of my own. Quickly though Ebrima shouted from the bridge which had me running (much to the amusement of the other guides!). The bird had been lost by the time I reached the spot but with Ebrima's mate entering the mangroves to flush it out it finally gave itself up - Malachite Kingfisher, at last! Just afterwards 2 Oriole Warblers showed nicely before we headed back to the hotel via some greasy snacks from the lady at the roadside with her wok. Back at Palm Beach we picked up Pink-backed Pelican and 2 Hamerkops. 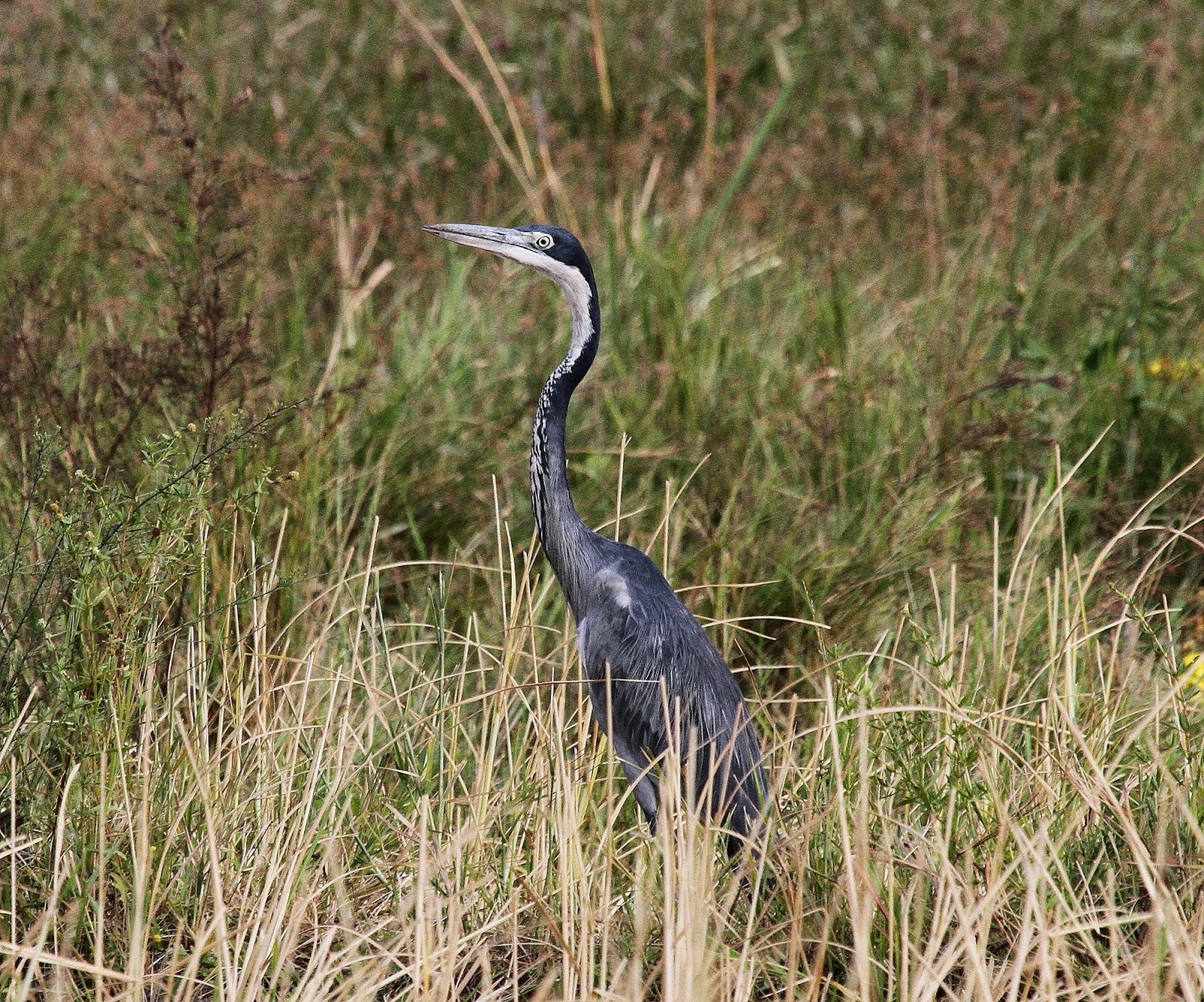 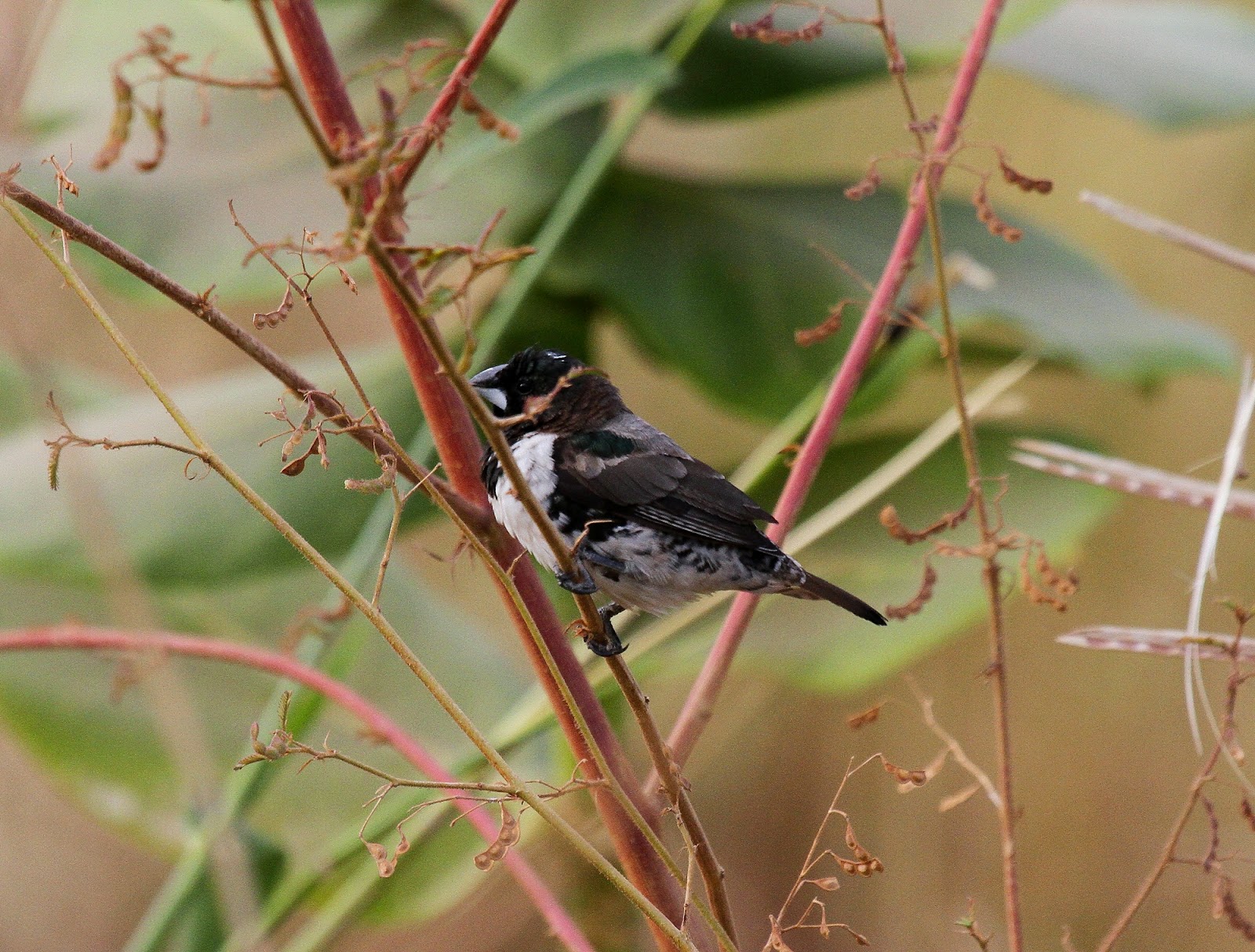 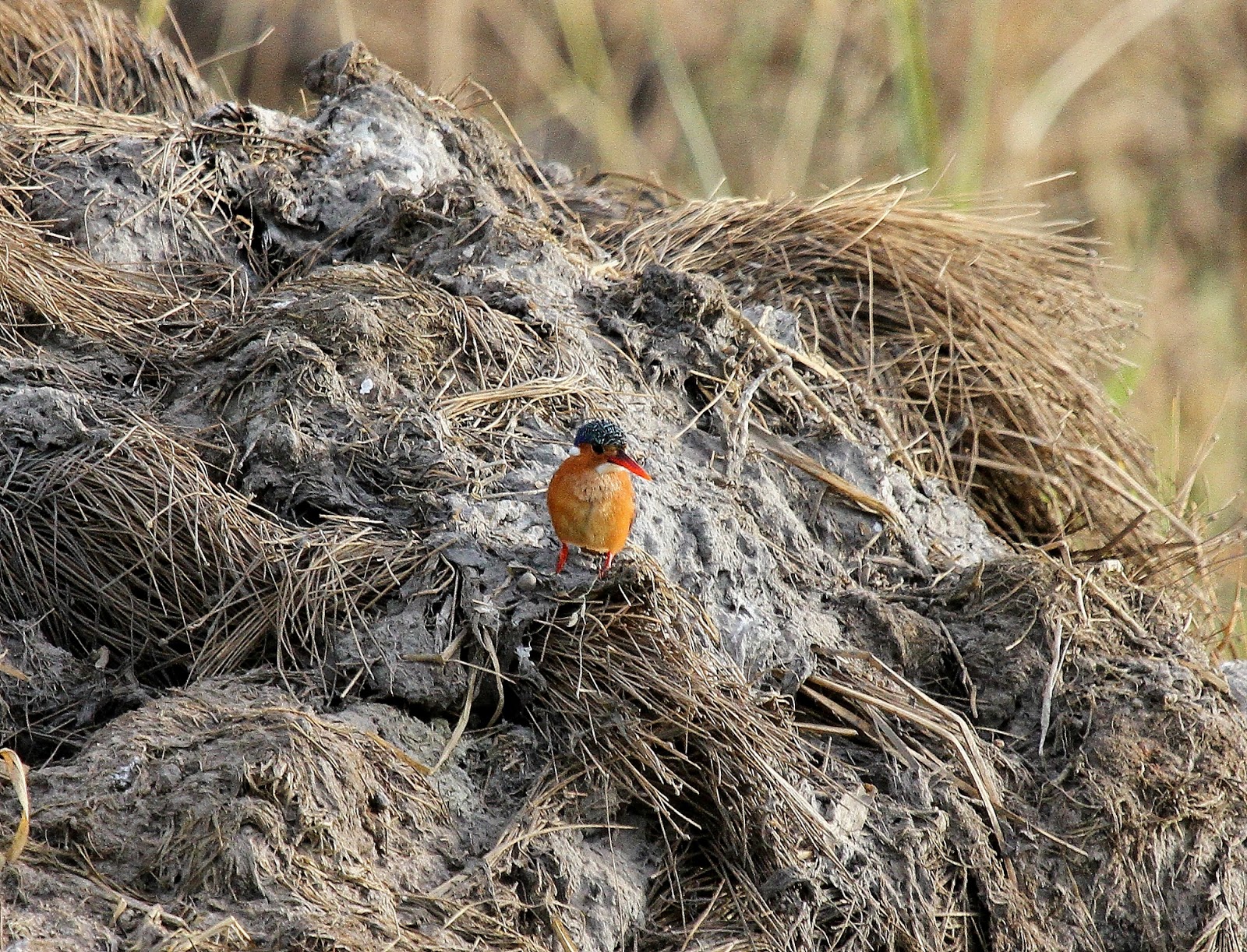